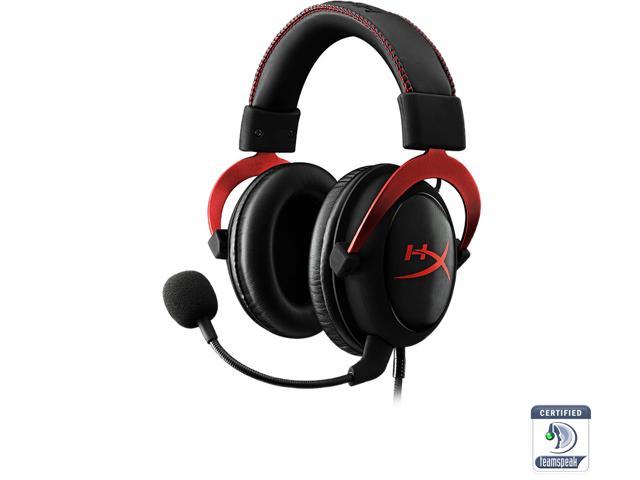 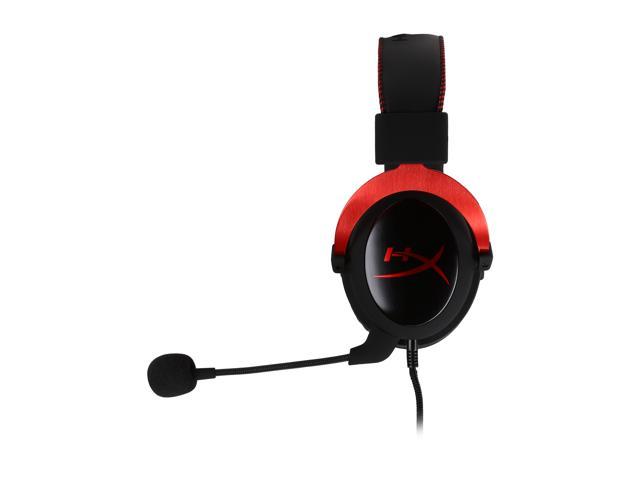 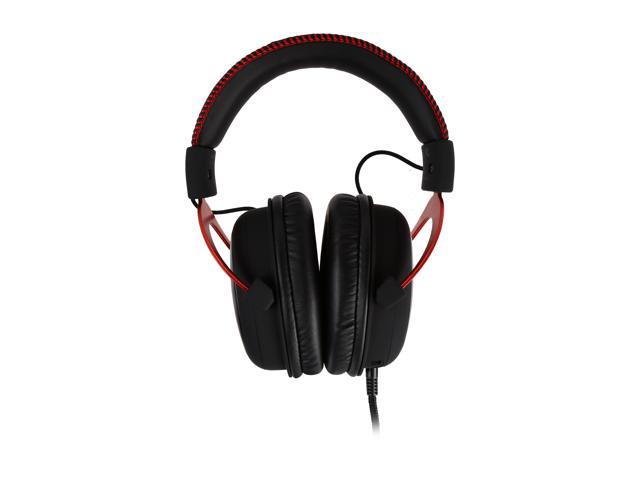 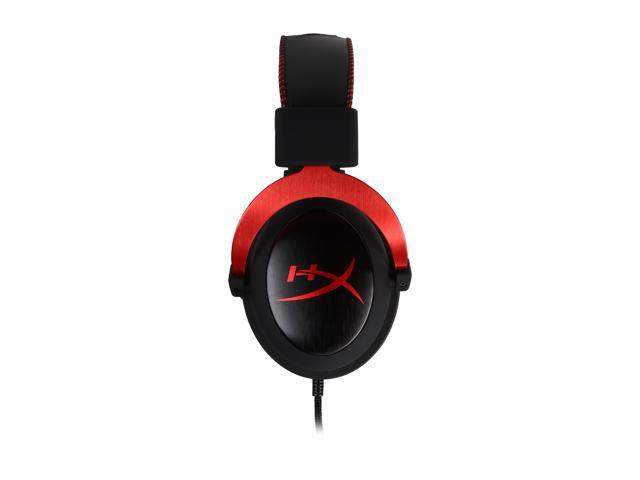 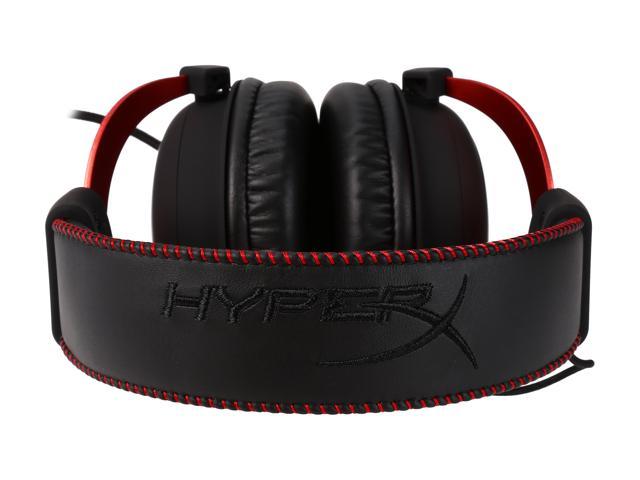 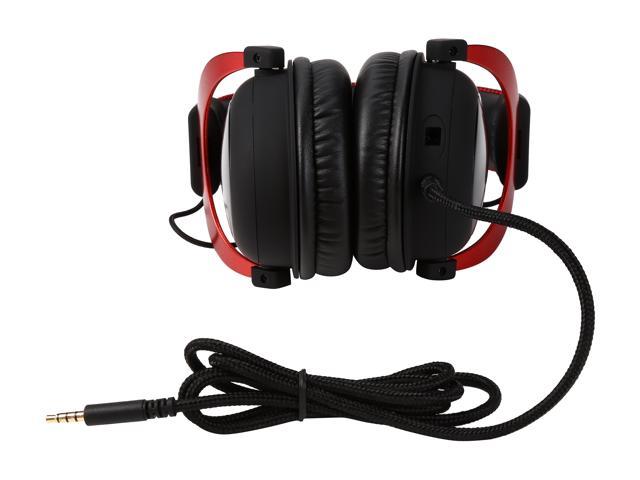 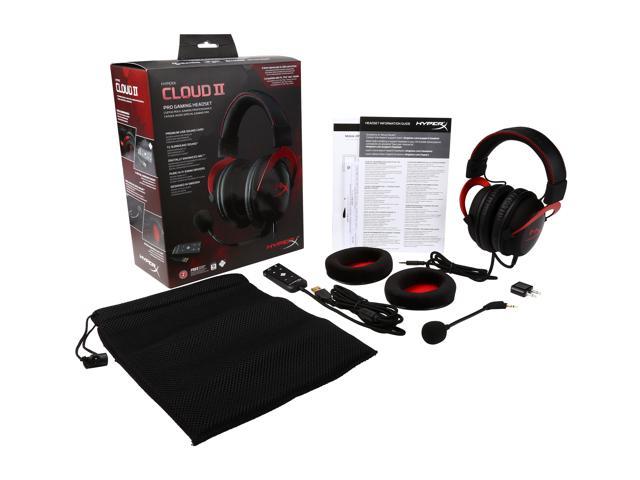 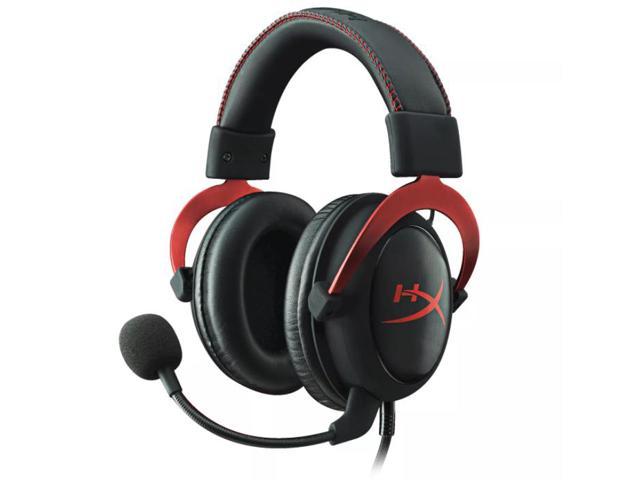 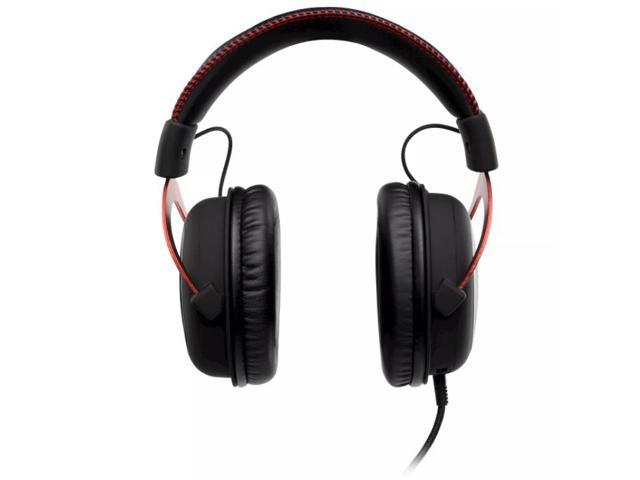 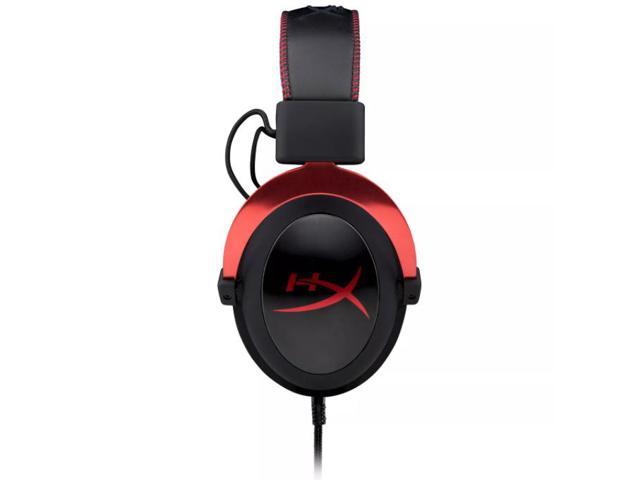 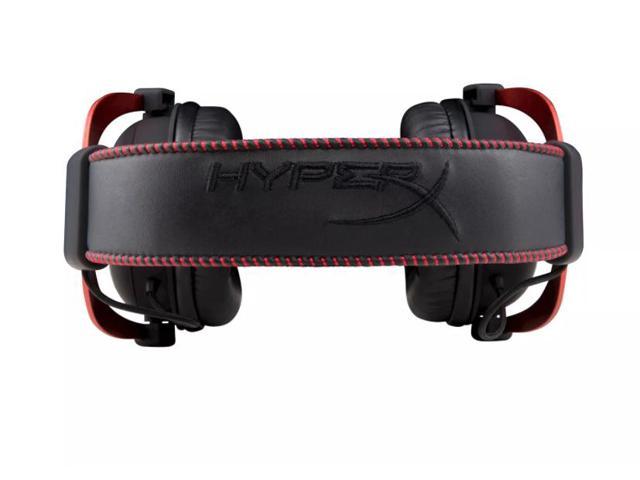 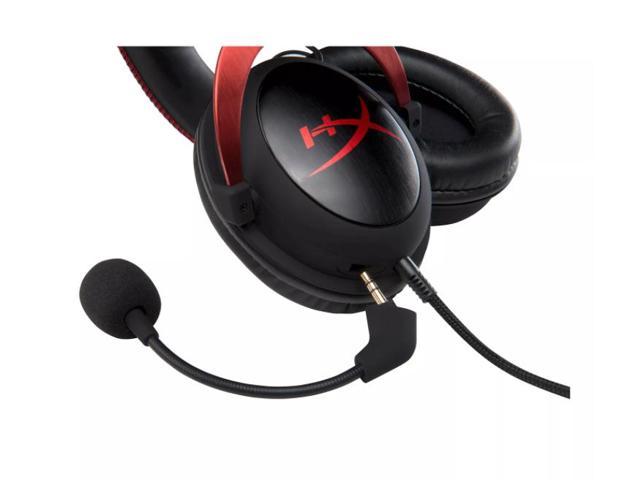 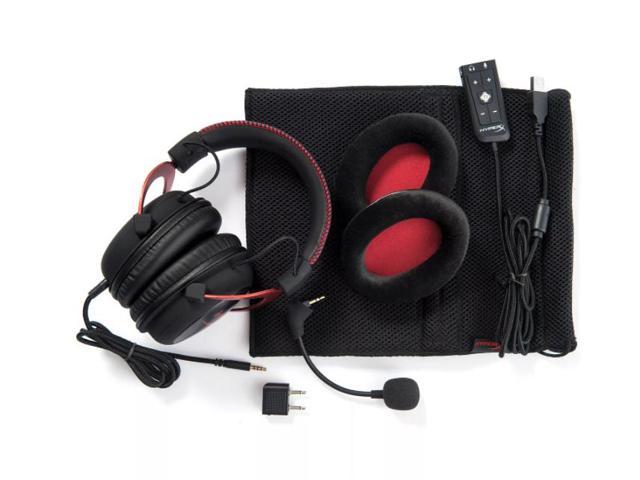 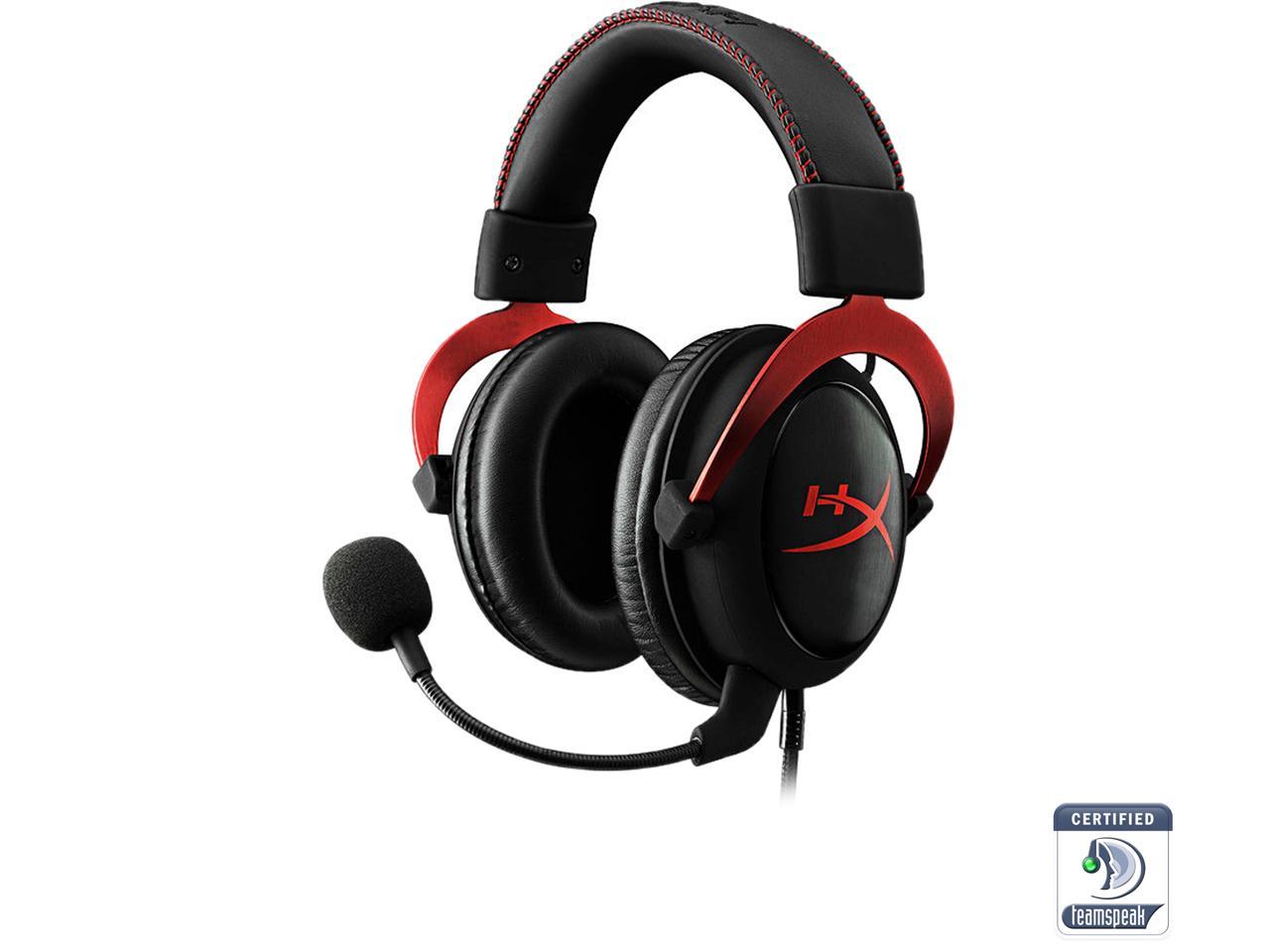 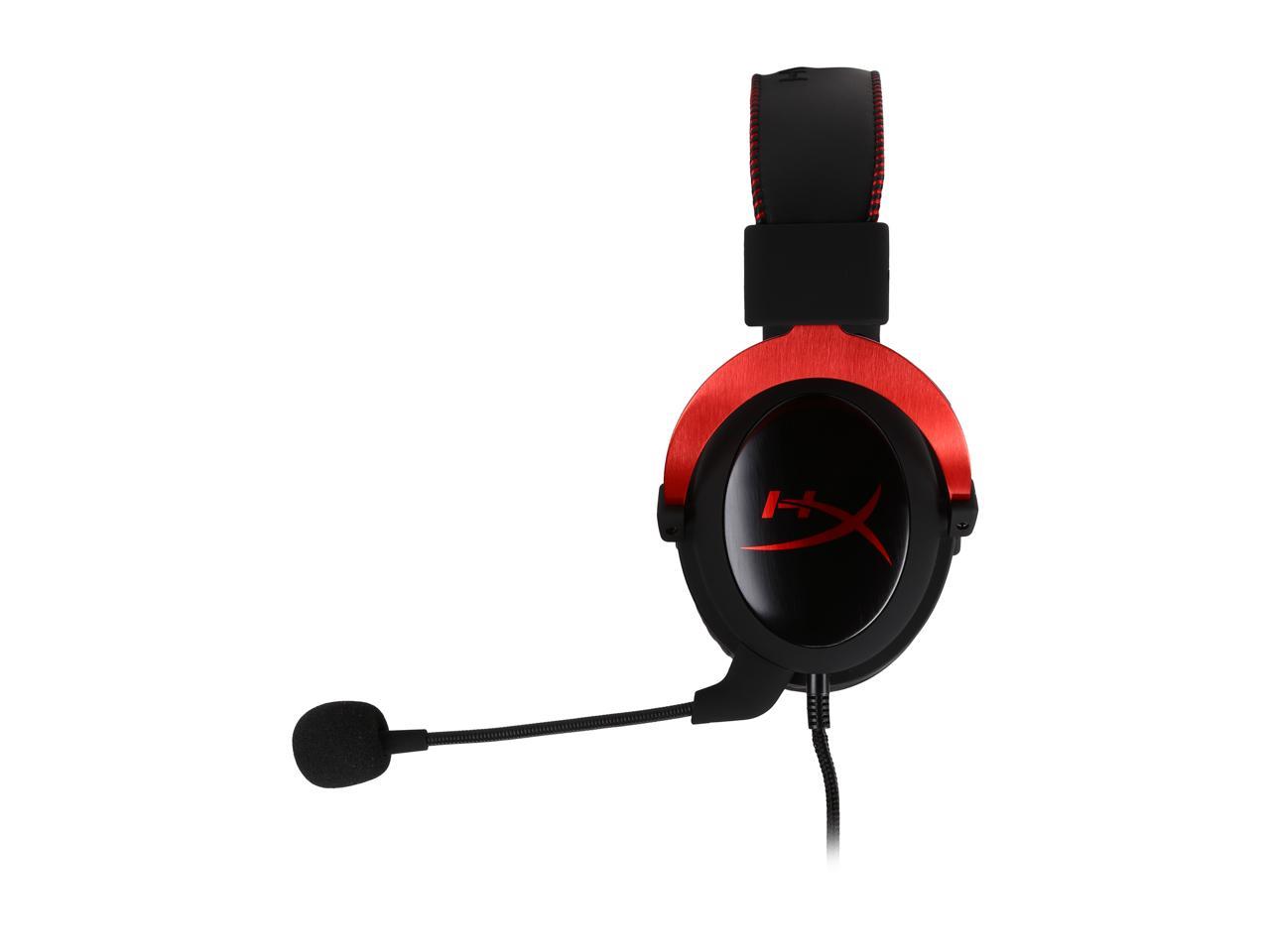 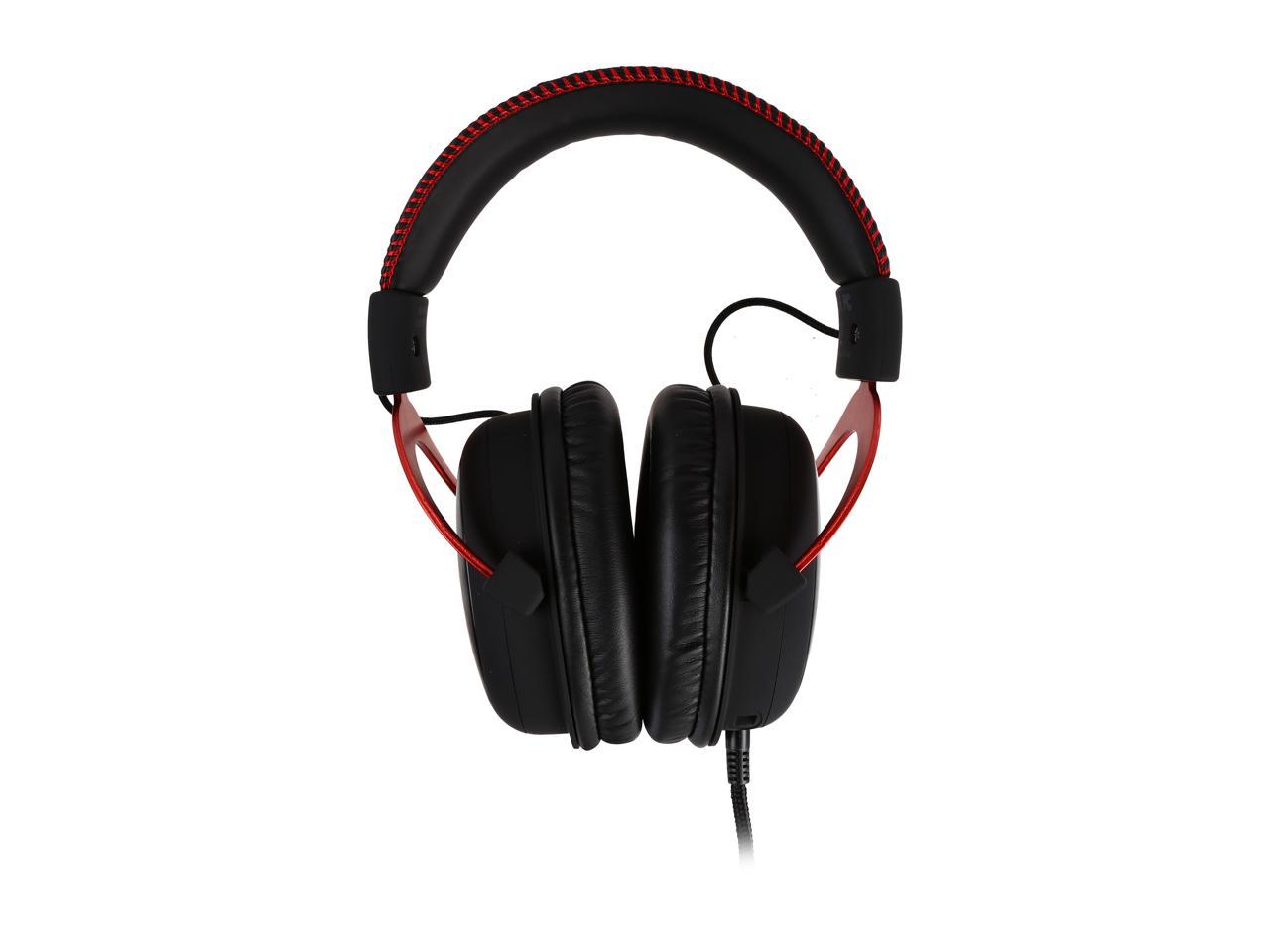 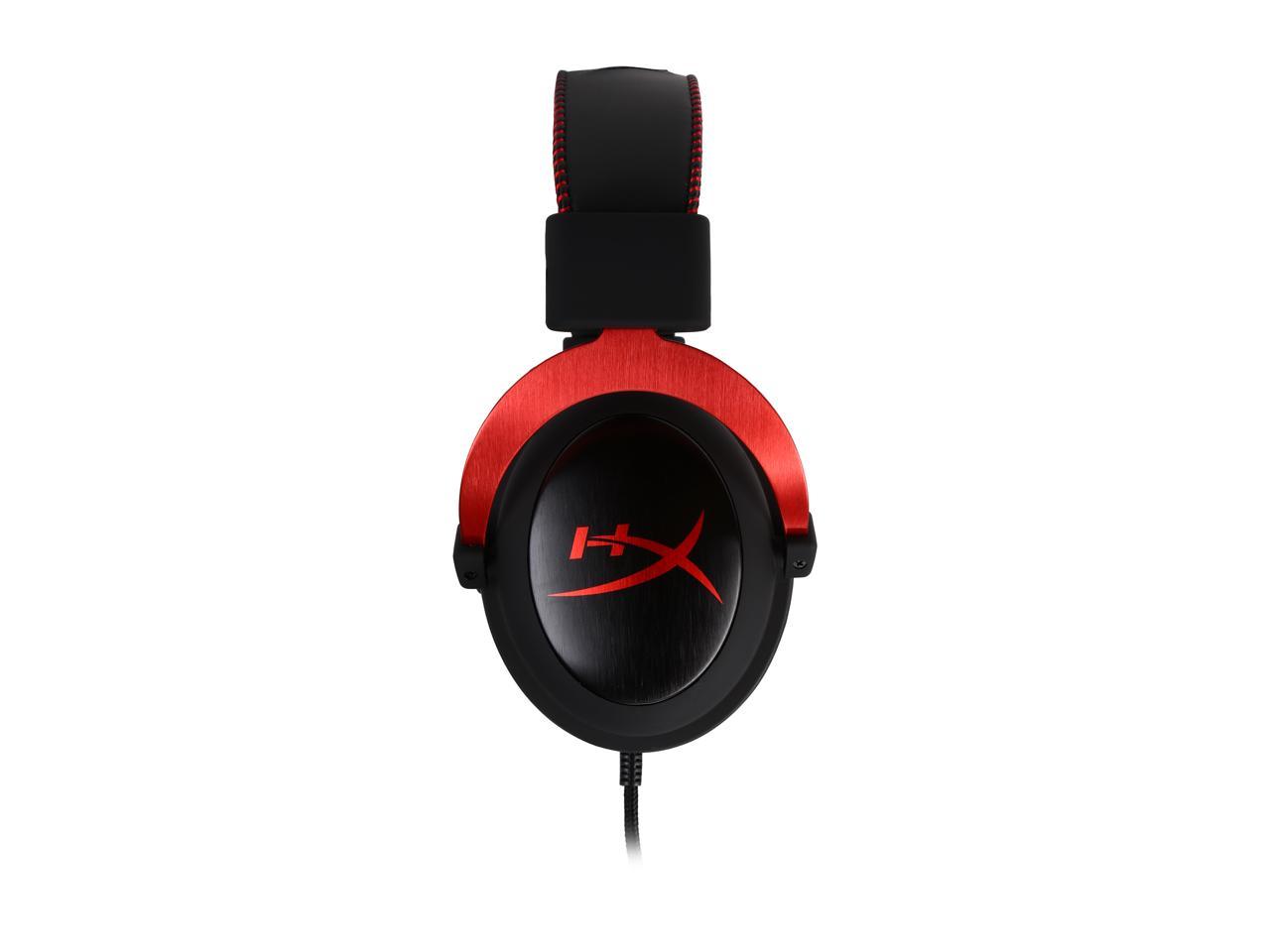 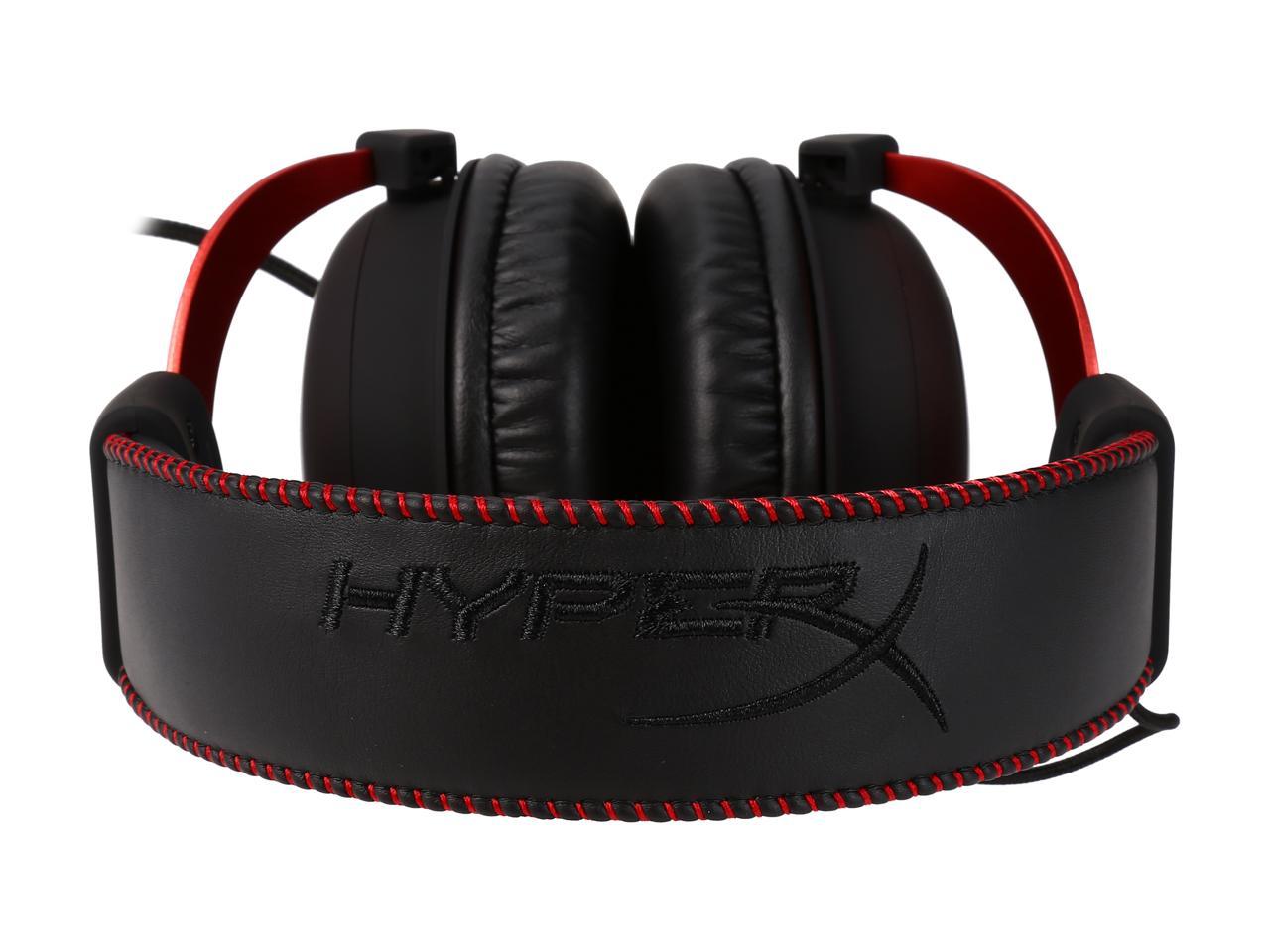 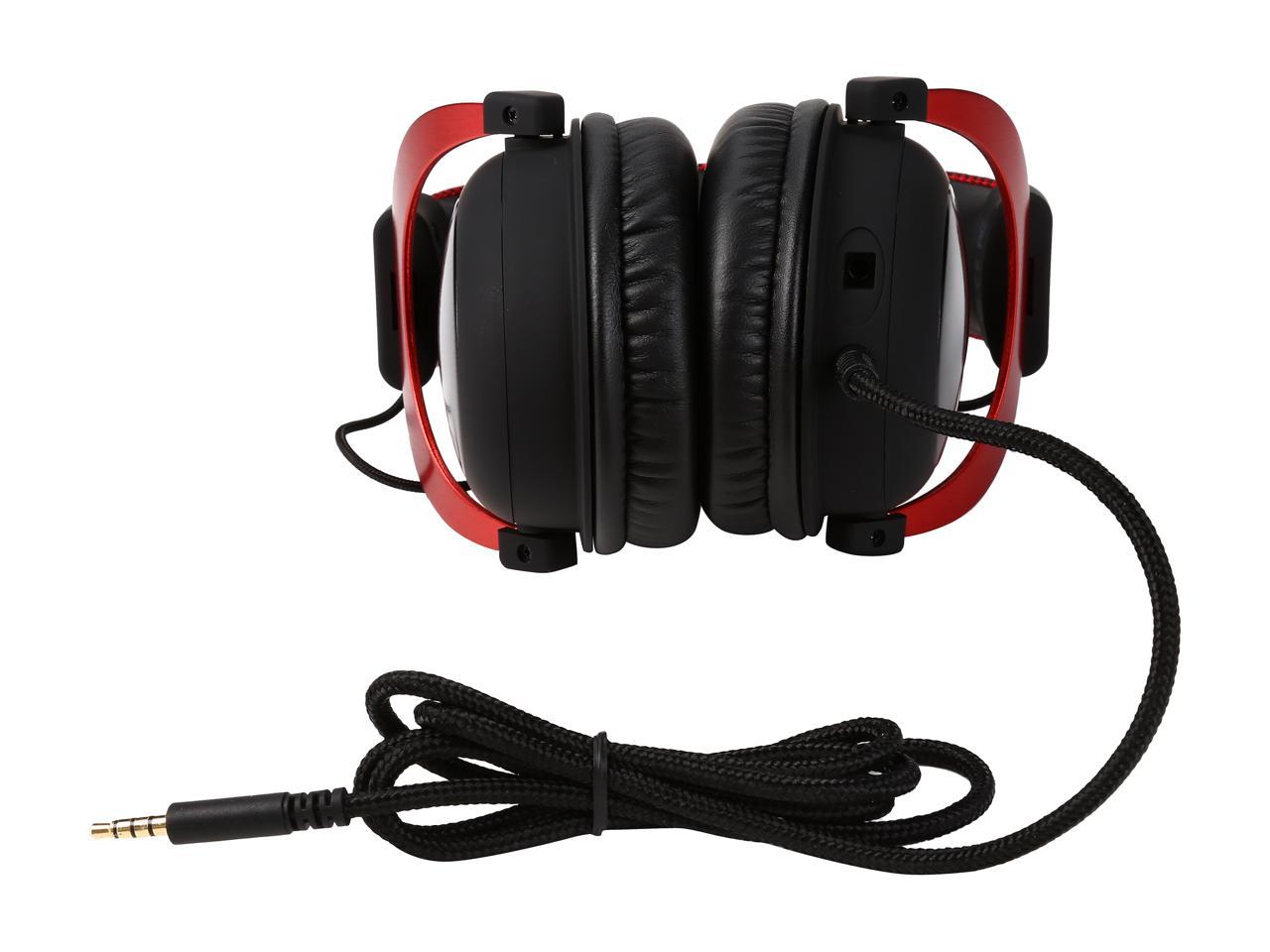 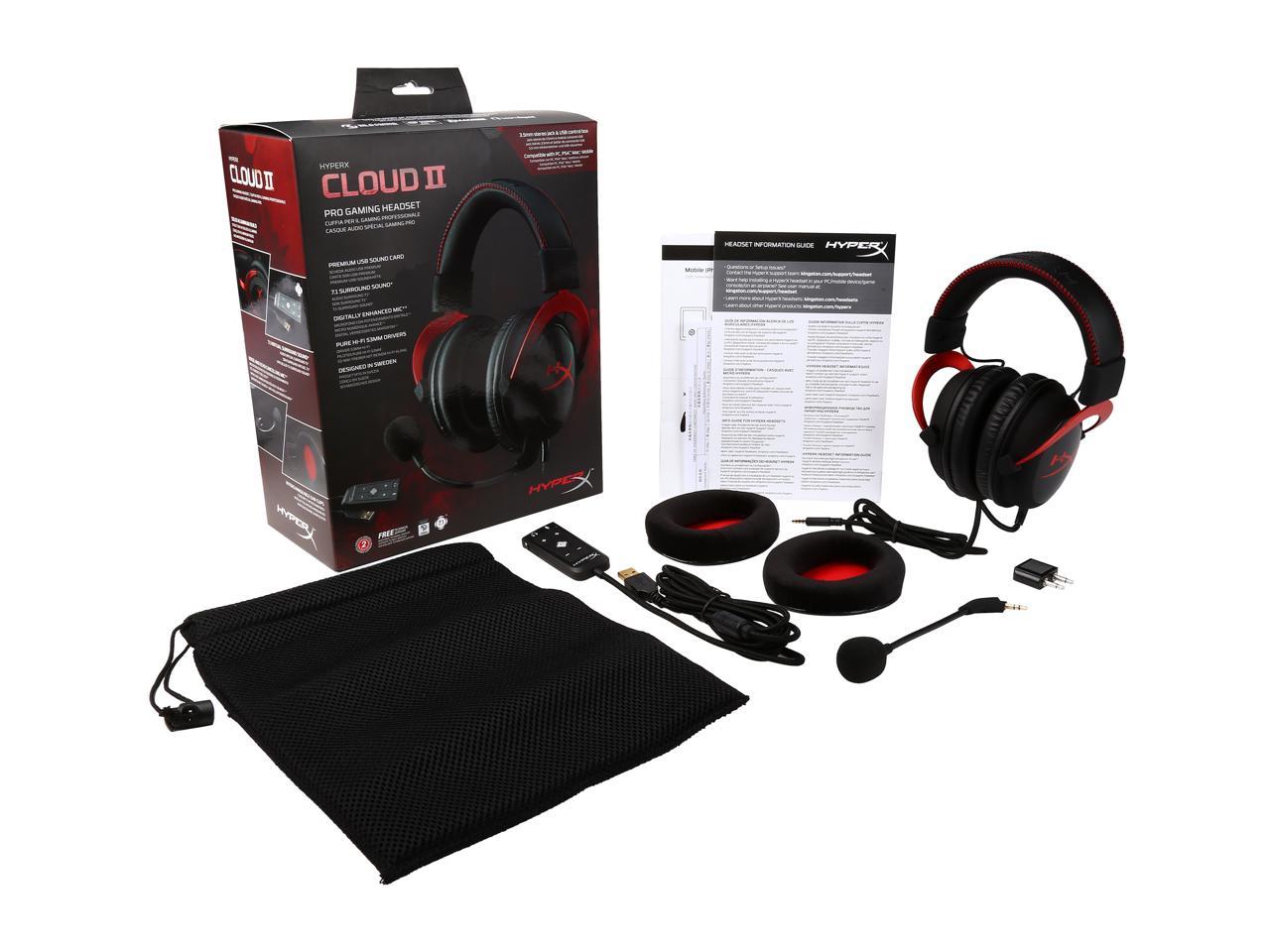 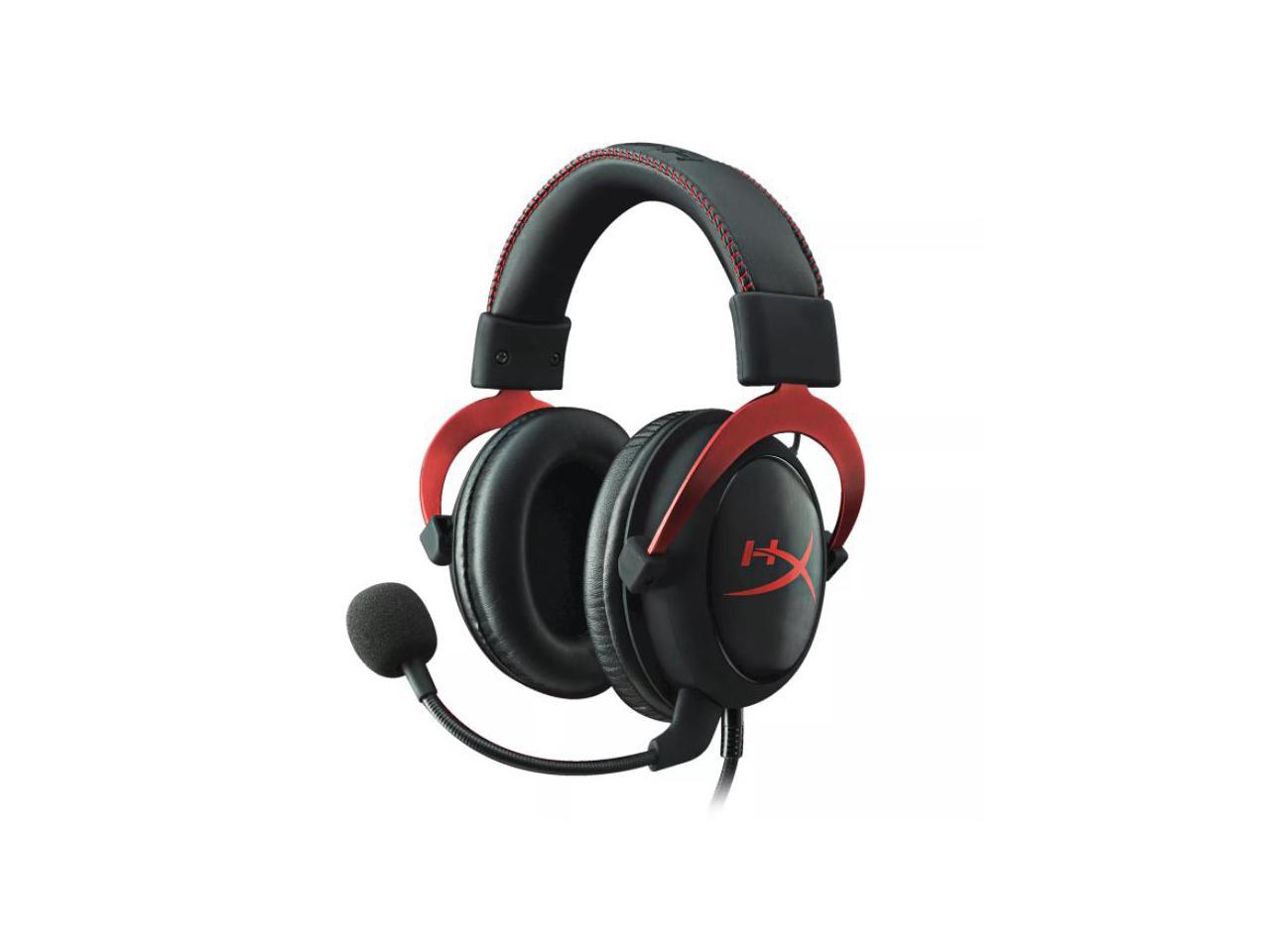 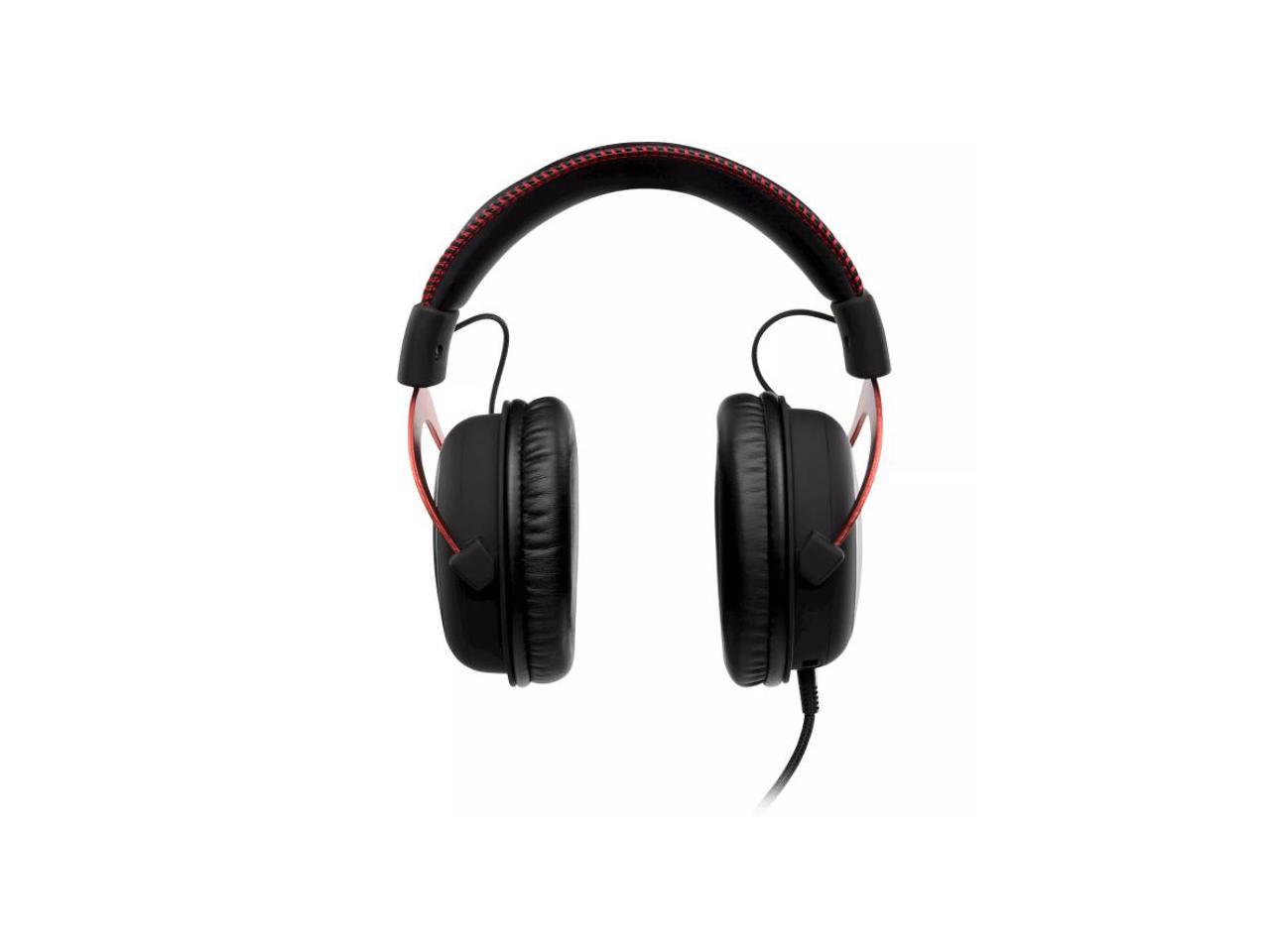 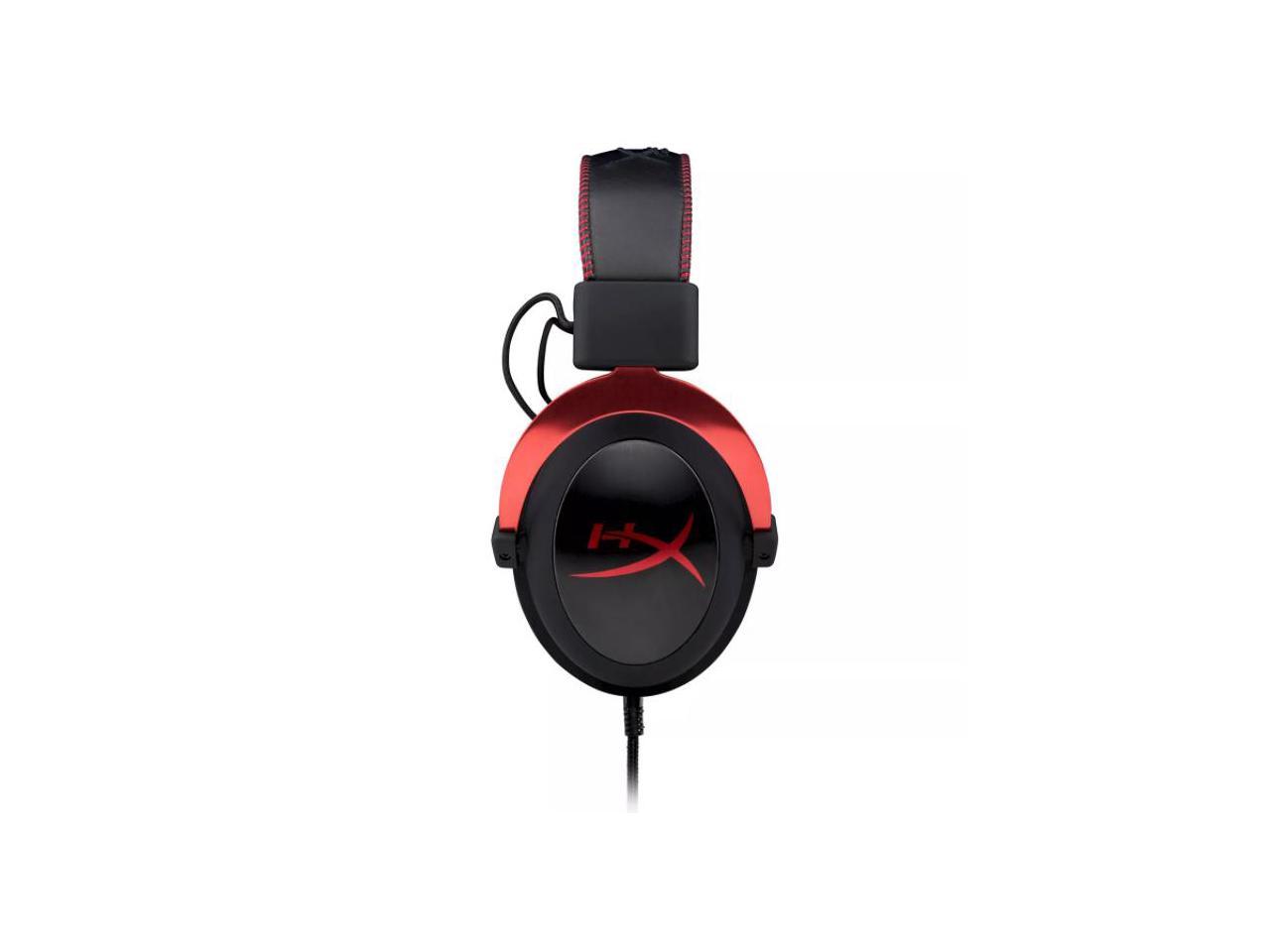 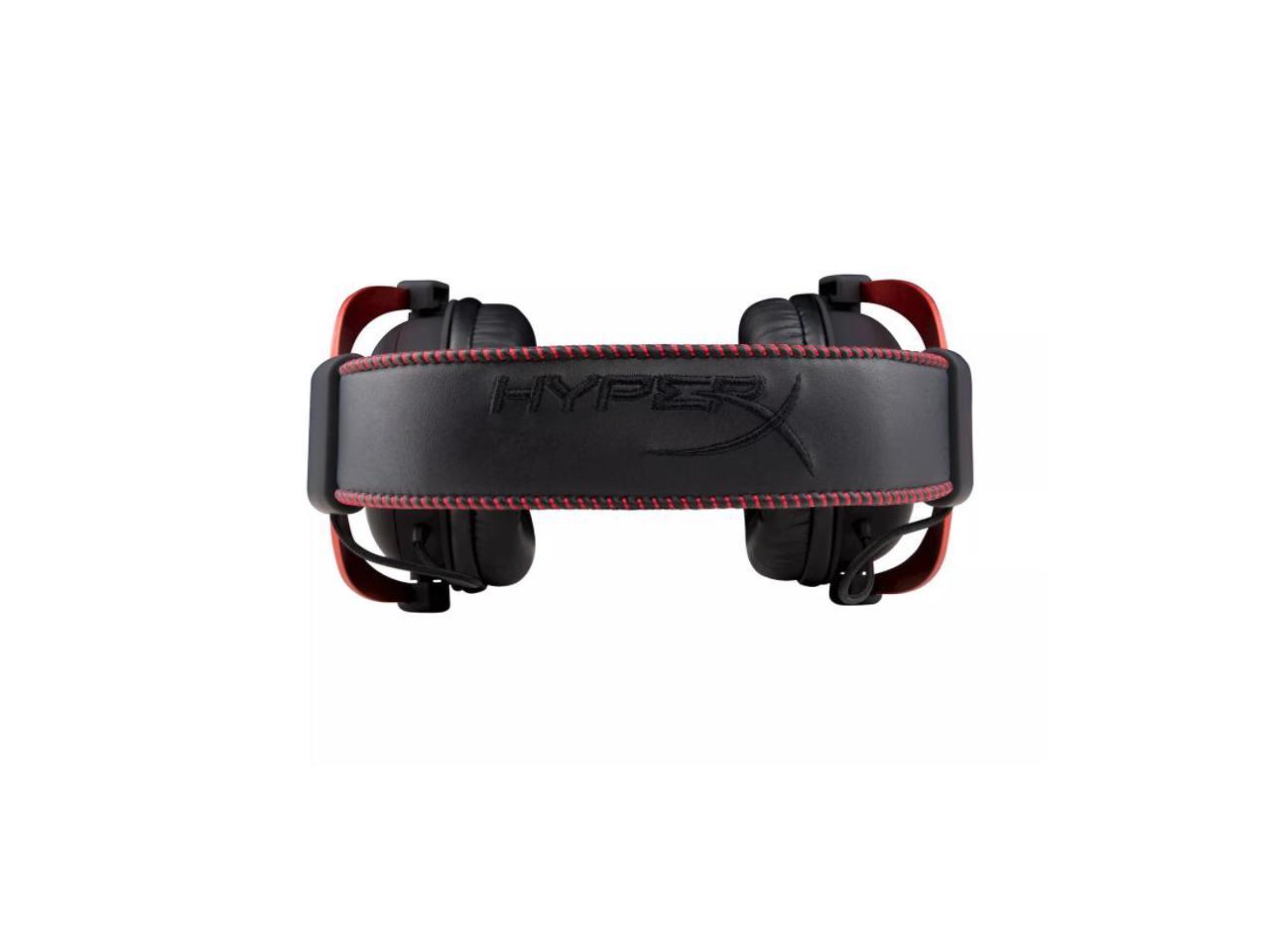 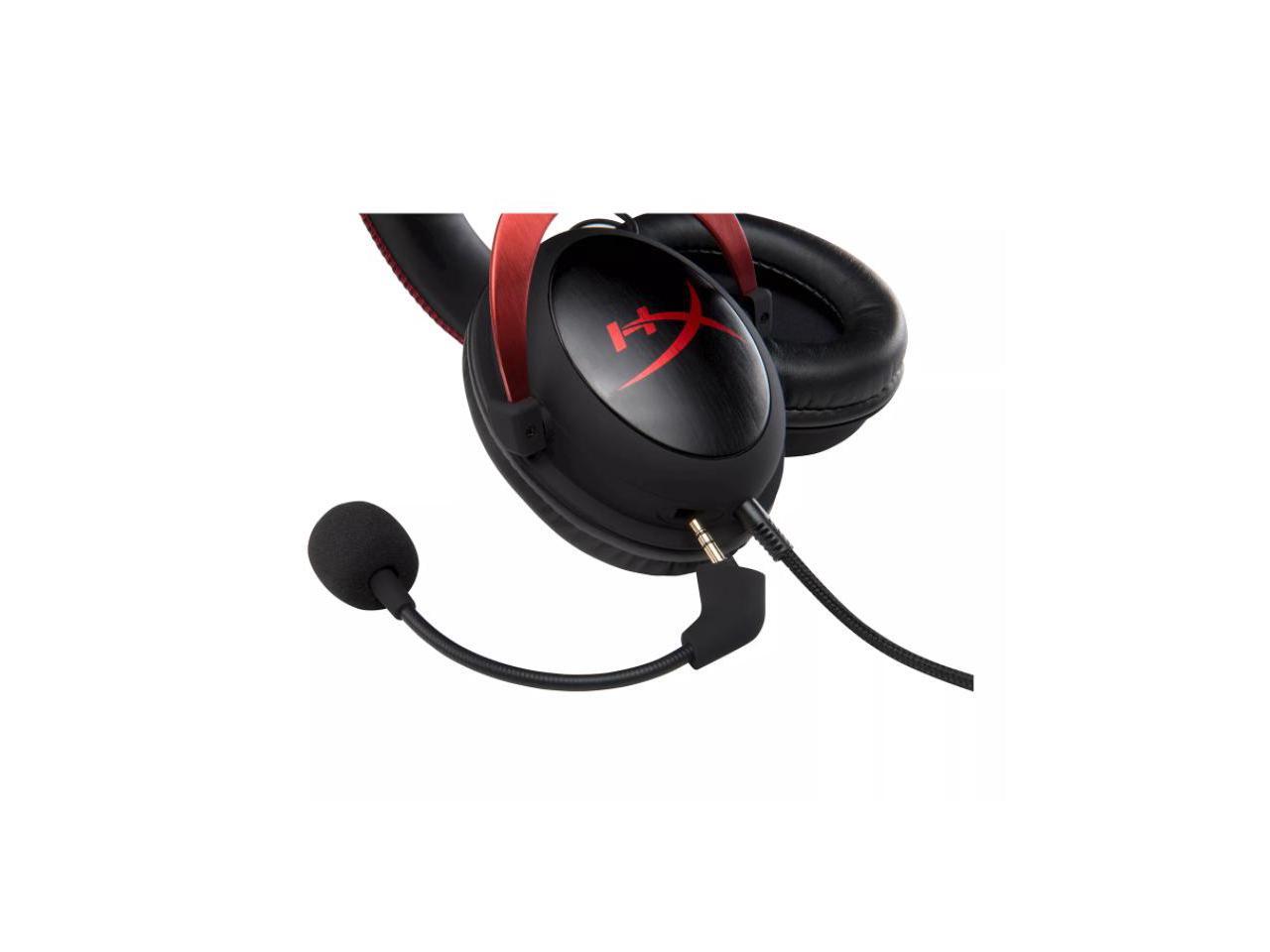 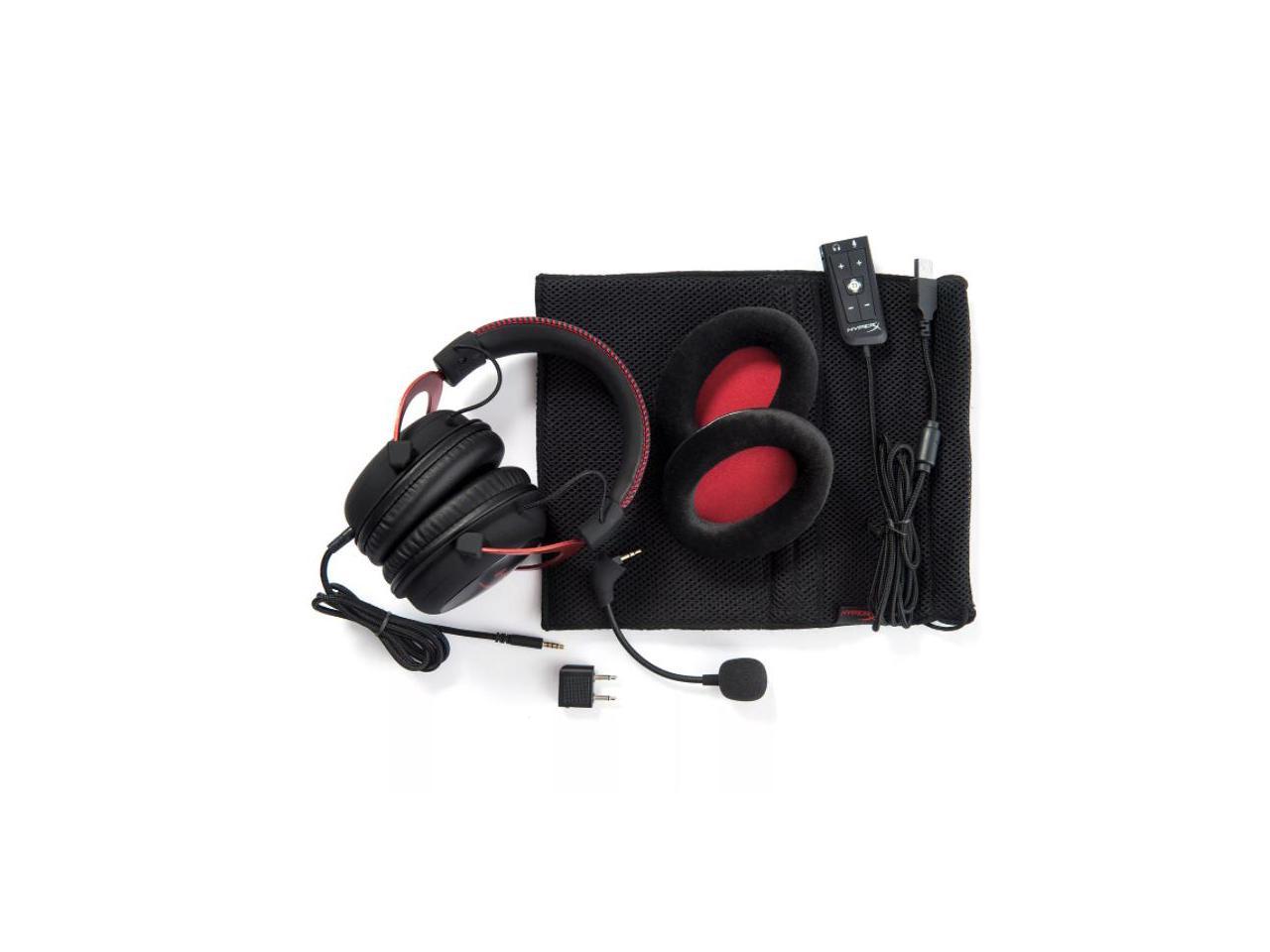 Cons: None that I can think of

Overall Review: When I first got it, I kept having issues with the sound driver stopping. Through the course of troubleshooting I realized that there was some sort of issue with the front USB ports on my case. While troubleshooting, I plugged it into different ports to see if I could re-create the same problem and it did on all of the front ones, when I plugged it into the rear USB ports it worked fine and I haven't had the problem since.

Cons: Nothing yet, only had for 2 weeks. Bought 3 year warranty for $12, im re-upping this happy train forever.

Pros: Sound quality, virtual surround quality, LOUD audio, all exceptional. I like the length of the cord, and both sets of earcups are comfortable. The headphone designs feel solid, and I'm not afraid to set them down and have plastic shatter everywhere. The removable microphone is a plus, as I stash my computer behind my TV and my case has a hanger for headphones. A well designed product.

Cons: It's a set of headphones now. The microphone has no gain, and I'm a whisper to my friends on teamspeak, skype, everywhere. The USB control box does not change my volume, and no, it's not muted. Windows controller doesn't allow a change either, so either I get a mic/audio splitter and hook it up manually [ losing the 7.1 in the process ] or just have a comfy nice-sounding pair of headphones. Y'see, the problem is that I bought this Headset with the full intention of communicating online with friends. This product fails to deliver on the microphone part, but at least I can hear everything nicely. Still, half the reason I purchased such an expensive headset loses over half it's eggs thanks to faulty USB sound card hardware.

Overall Review: Sounds nice, doesn't talk too good though. Essentially a pair of headphones with a tail.

Manufacturer Response:
Hi there - We apologize for your difficult experience with this headset. It sounds like you had both a mic and possible USB Dongle issue. We'd like to remind you that these headsets have a 2-year manufacturers warranty so we encourage you to contact us for some troubleshooting steps and possible warranty replacement. Feel free to reach out to our Support Team with Case #SR385107 at http://geni.us/HyperXSupport. Thank you for choosing HyperX, Christian V. @ Kingston Technology
Stefan W.
Ownership: 1 month to 1 year
Verified Owner
Love this headset1/7/2018 12:39:48 PM

Cons: I haven't noticed the problem necessarily myself, but have heard others complain about the build quality of the usb dongle interface being flimsy. It isn't the most sturdy control in the world, but I haven't personally run into any issues

Overall Review: These are a great pic for wired headset and I would recommend them.

Pros: My SteelSeries Siberia v2 headset broke a couple months ago, after a couple years of fairly gentle use. I put off buying a new headset for quite a while as I wanted to take my time researching and be sure I'd be getting something more durable. I eventually settled on these HyperX Cloud IIs, based on their combination of strong reviews and competitive price. So far I feel I made a great choice. The build quality on these headsets looks great. I particularly like the the use of solid metal in the design, especially on the Y-shaped arms that hold the earcups. Despite the amount of metal in the build of these headphones they don't feel especially heavy, so I'm guessing it's aluminum. Definitely an upgrade from the overuse of relatively weak plastic in the construction of my Siberia v2's. First impression when putting on the Cloud II headset was that it's incredibly comfortable. The faux leather earcups feel fantastic, as does the wide headband. I've put in a few multihour gaming sessions with my Cloud IIs so far and noticed no gradual discomfort. Again, this is much better than my Siberia v2's, which always had a tendency to pinch my ears and become progressively more uncomfortable over time. Sound quality is solid to my ears, but I'm not a major audiophile. I'd say these phones are definitely sufficient for gaming purposes at the least. Microphone sound quality is also really good in my estimation, at least for a headset mic. I think you'd need to move up to a larger dedicated mic to see much improvement over the Cloud II's microphone. The number of accessories included with the headset was truly fantastic. There's the headset and microphone themselves of course, plus a spare set of ear pads (microfiber instead of faux leather) and a carry bad. There's also a small adapter, I think for using the headset without the USB controller. Personally I've stuck with the USB controller. The in-line control has handy buttons for mic volume up/down, headset volume up/down, and 7.1 surround on/off. Some have complained that the basic cord from the headset is too short, but it's really only meant to reach as far as the inline controller. I'd want that within arm's reach anyway, and an excess of cord between the headset and the controller would just be liable to get tangled in things. Overall I feel that I got a great headset for the price I paid. There are more expensive headsets out there but I can't imagine they'd represent enough of an improvement over the Cloud IIs to justify the increased cost.

Cons: The one design feature I sort of miss from my Siberia v2 headset was its retracting mic. It was handy to be able to slide the mic into the earpiece and out of the way when I wasn't it. The HyperX Cloud IIs have a flexible detachable mic, which is almost good. Bending the mic up and out of the way is certainly useable, or I can detach it if I really want it gone. The one major downside is the risk of losing the mic when detached, but it's not worth docking an egg in my opinion. I played around a bit with the 7.1 feature and I'm not quite sold on it. Maybe there are truly great surround headsets out there, but I never really bought into the idea of surround sound headphones to begin with. If I really want surround sound I'll get it from my home theater receiver and its physically distinct and spatially separated speakers and subwoofer. Since I never really planned to use the 7.1 feature in this headset I'm perfectly happy to leave it turned off, and so I'm not subtracting an egg for this one either.

Pros: - Very comfortable, even when worn for longer periods of time. - Sound quality is pretty good for the price. - Mic sounds good, and the headphone portion of the device is durably built. Really enjoyed the all-metal design of the part that goes over your head. The set didn't seem to loosen much over time, and the adjustments for different head sizes is smooth and simple. - Colors and design are sleek and aesthetic, in my opinion. - In-line controls for volume and mic are welcome, especially for people who don't like to use hotkeys.

Cons: - Eventually the microphone failed on me, and the culprit was the wiring running through the in-line volume/mute controller. I admittedly beat it up a bit over the years, and it finally gave. I was unable to fix it myself but ended up getting a stand mic instead. The good news is I can still use the headset without the mic, and they work fine-- though the cable is quite short without the controller attached. - The "surround sound" feature on the headset left something to be desired. It sounded over-digitized, reverb-y, and added a noticeable amount of hiss. I still recommend this headset, but don't buy it for this feature.

Overall Review: I got a good amount of life out of this headset (I consider three years of fairly heavy use to be good). Though it did finally succumb to my abuse, it was a solid headset with which i still get some use as a mic-less device. I would buy it again if I hadn't decided to go with a stand mic. I would recommend as a solid upgrade from a cheap headset, or as a first headset. Go elsewhere though, if you have more budget, or if you're a real audiophile. This set was definitely made with gaming in mind. There are better options if you plan on listening to hi-fi symphonic recordings through them.

Pros: After a massive amount of reseach, endless reviews, tears, and massive sparkling water consumption, i have landed on this headset. Packaging is insane. The quality and attention to detail was astounding. Sound - well, what can i say, they sound great. Such a huge improvement over my G35's. I was actually suprised. Then I tapped the little '7.1' button on the dongle - my ears wont be the same. Its like my whole world just got bigger. mic sounds good. have had no negatives from my homies in ts3. The leatherette ear cups do such a good job I missed dinner last night because I couldnt hear my wife bellowing for me. (minus 100 hps from wife's retal crit) Just crazy. So i made her put them on, and now she wants a set. Winning slow I guess.

Cons: I have none yet. Refer to other comments for concerns. ill repost if something fails.

Overall Review: Totally went with the 3 year protection plan. I owned two sets of G35s, and while I really liked them, both sets broke right at the ear cup. Not pleased whatsoever. I just cant stand it when I drop a C-note plus on a product and it just breaks (about a year and a half of consistant use). Last concern i have - either the headset wire or dongle portion dying on me. Just seems a little risky on then fact that more moving peices equals more chances of failure. I do feel that i took a risk in purchasing these. However i will give the product the benifit of the doubt. Honestly though, it seems as if every headset is met with very mixed reviews. Not taking any chances this go around. Hence the protection plan. I will recommend this product with the protection plan. Just not worth the risk.

Manufacturer Response:
Hi there - Thank you for sharing your feedback and review! For the most part, these headsets a pretty reliable, were you using these for something other then regular computer use or gaming? We don't get many reports on the mat Feel free to reach out to our Support Team if you experience any other issue at http://geni.us/HyperXSupport. Thank you for choosing HyperX, Christian V. @ Kingston Technology