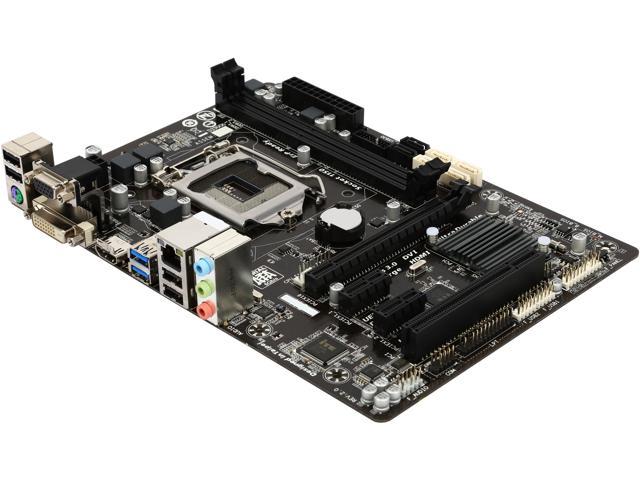 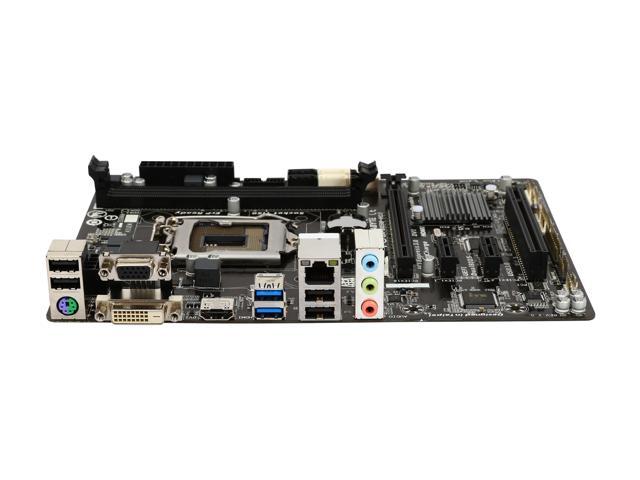 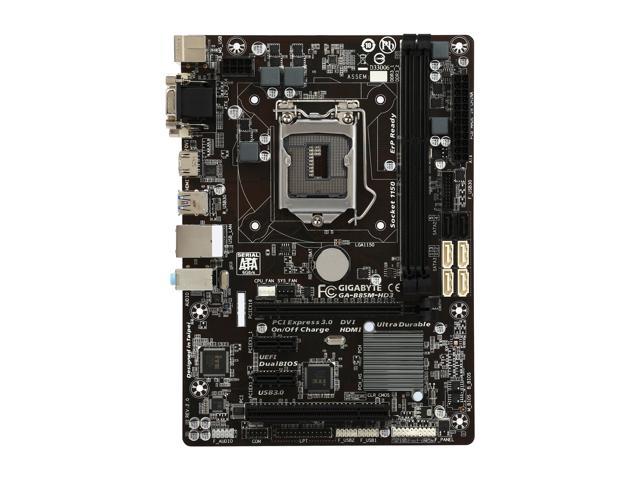 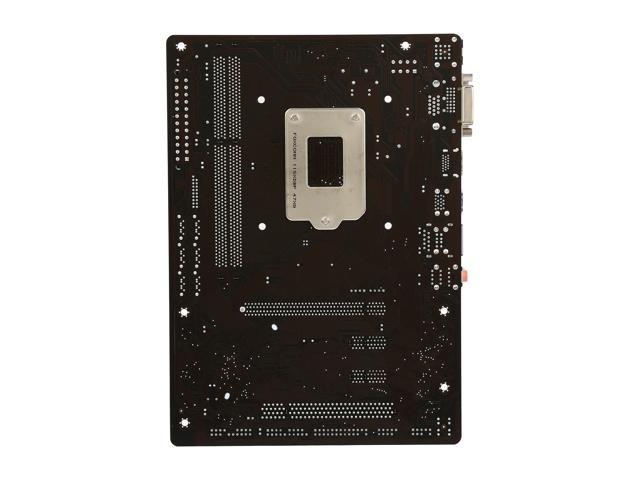 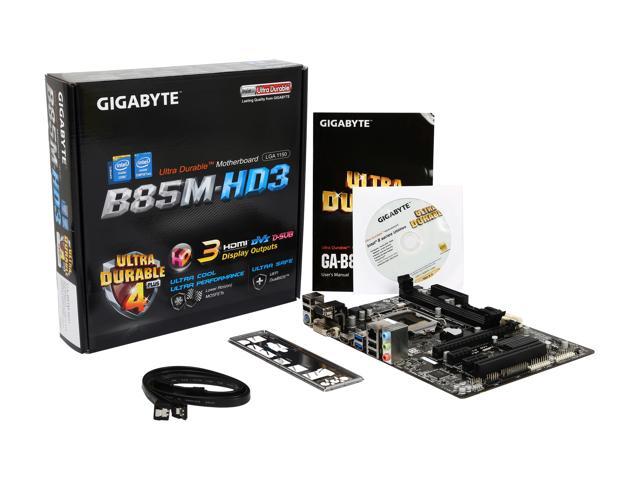 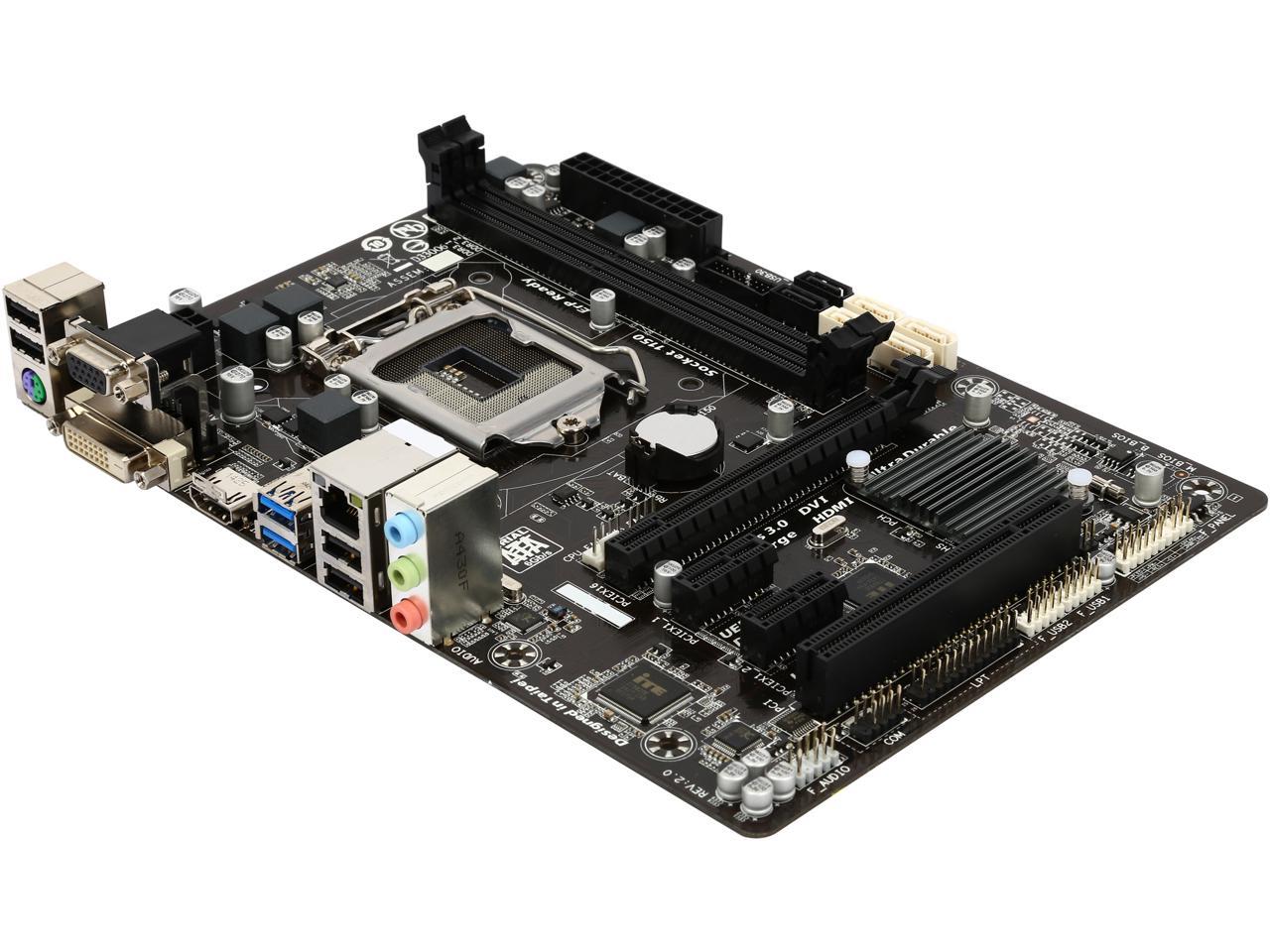 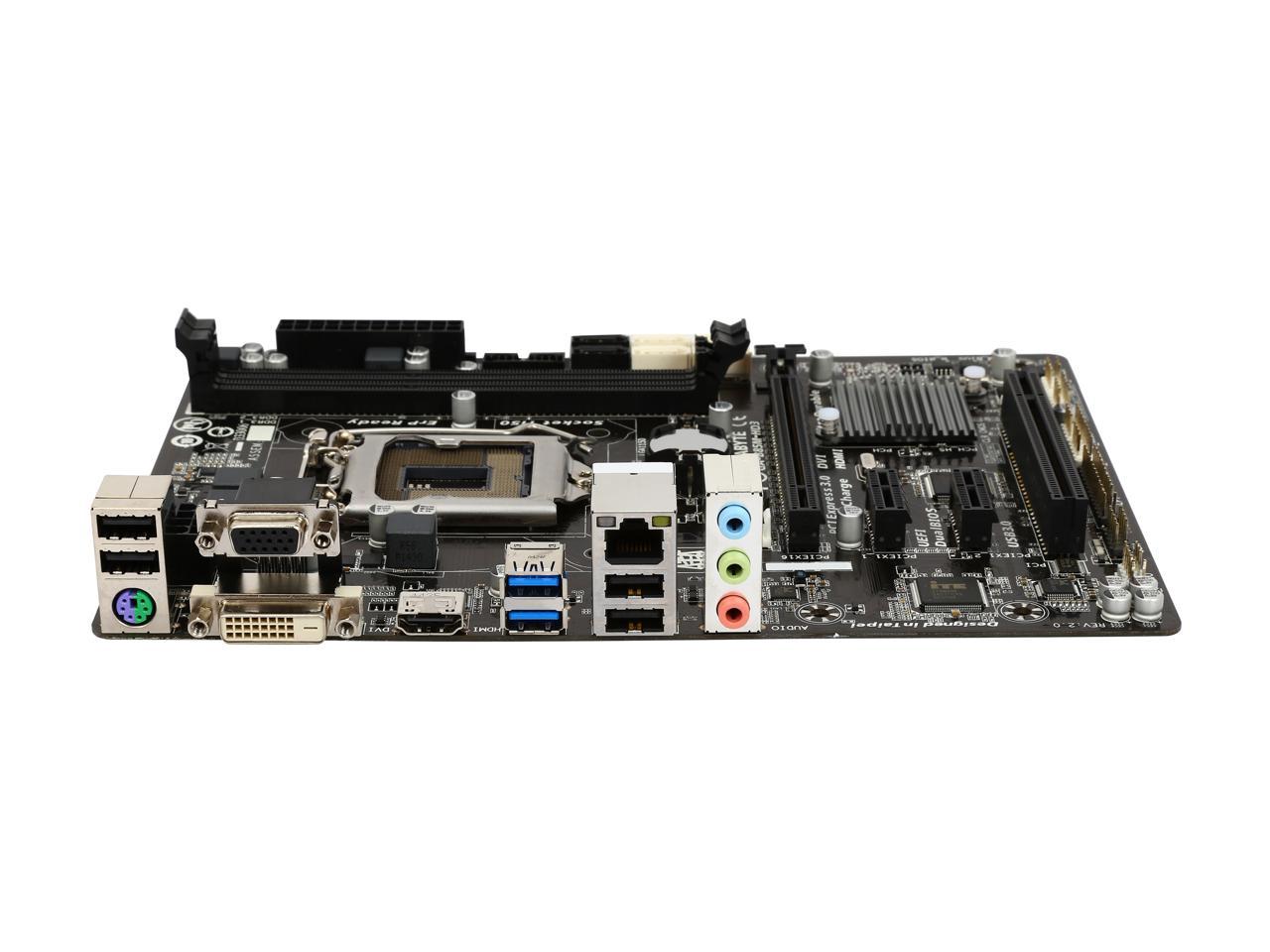 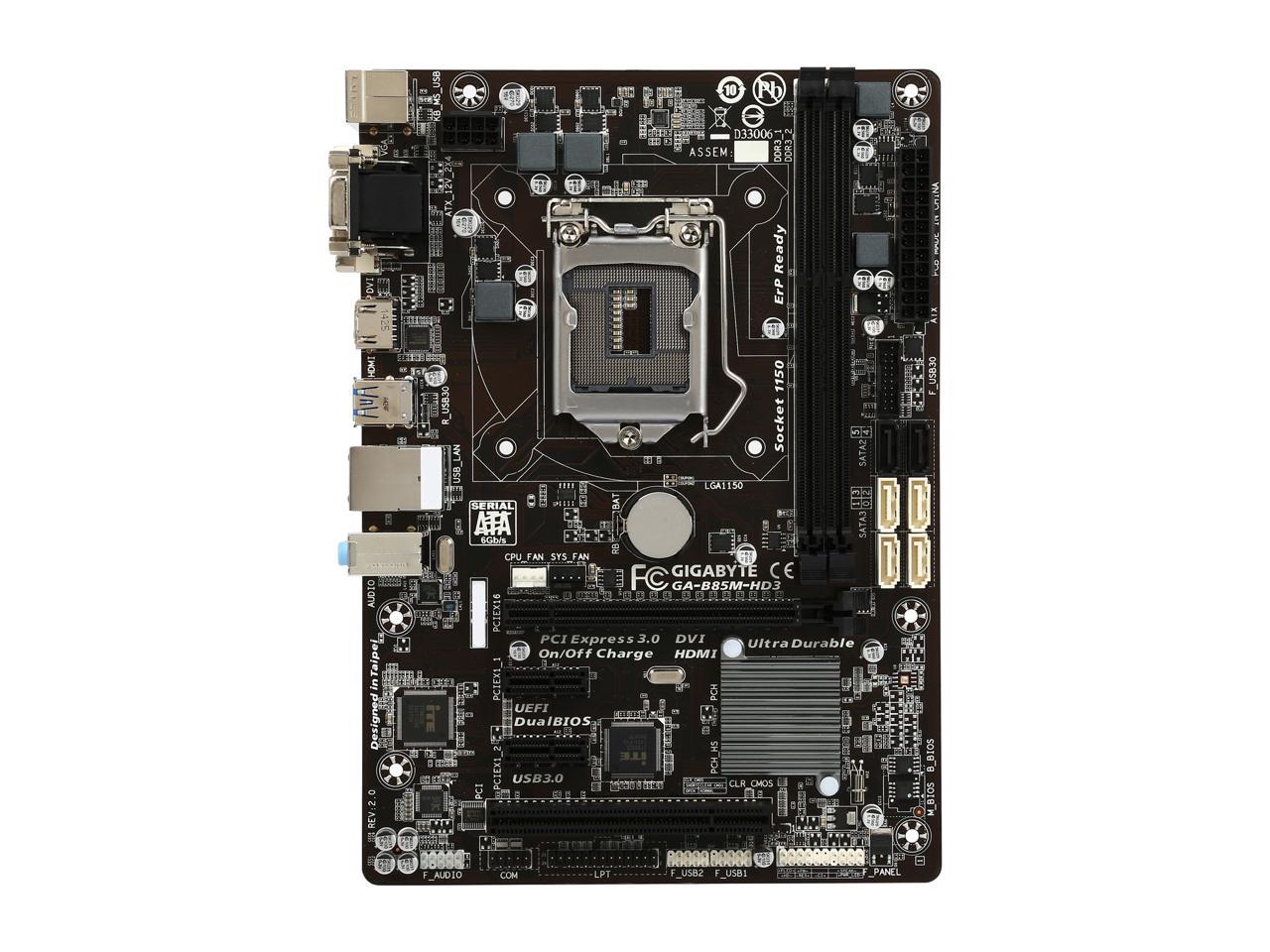 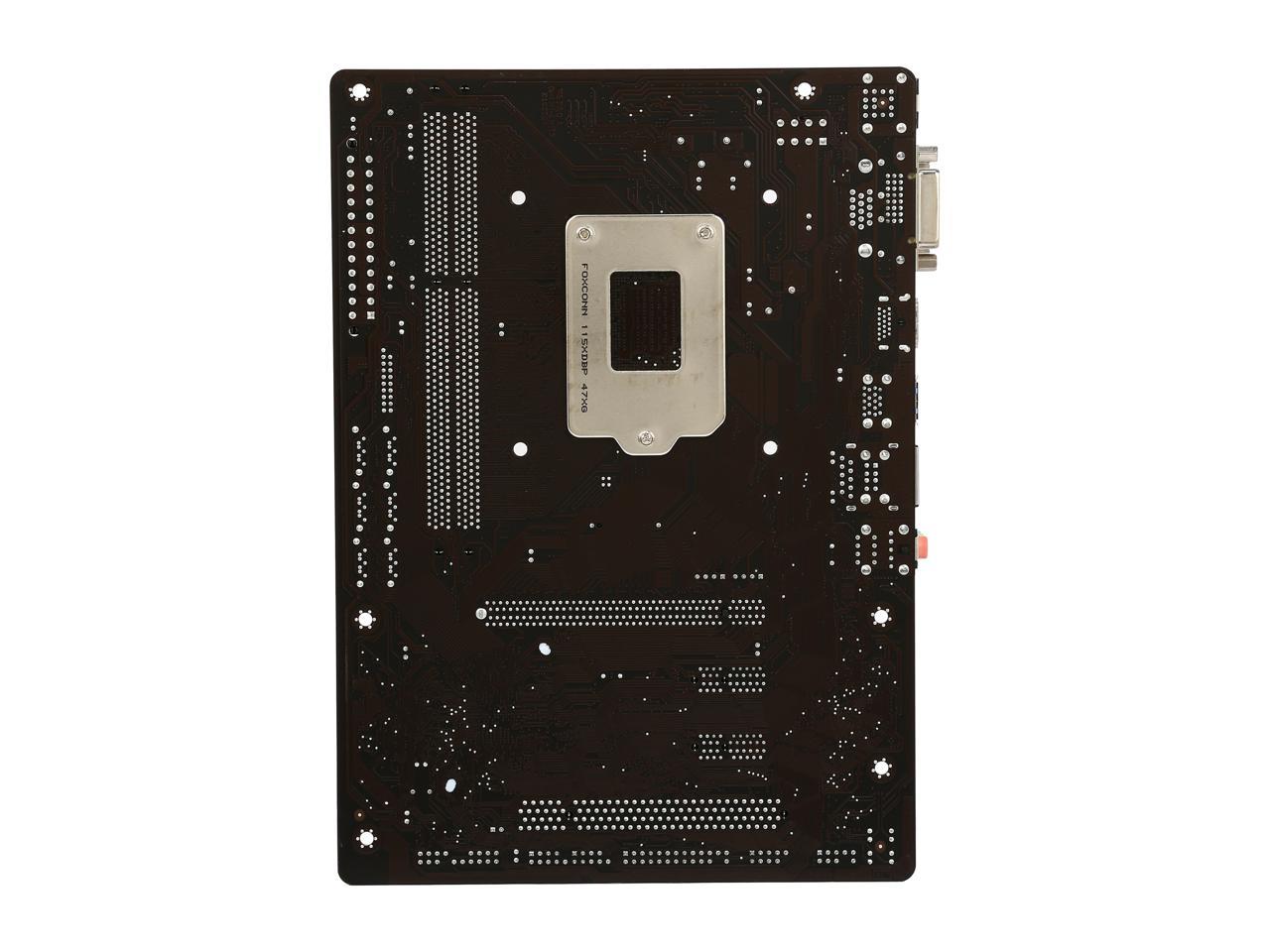 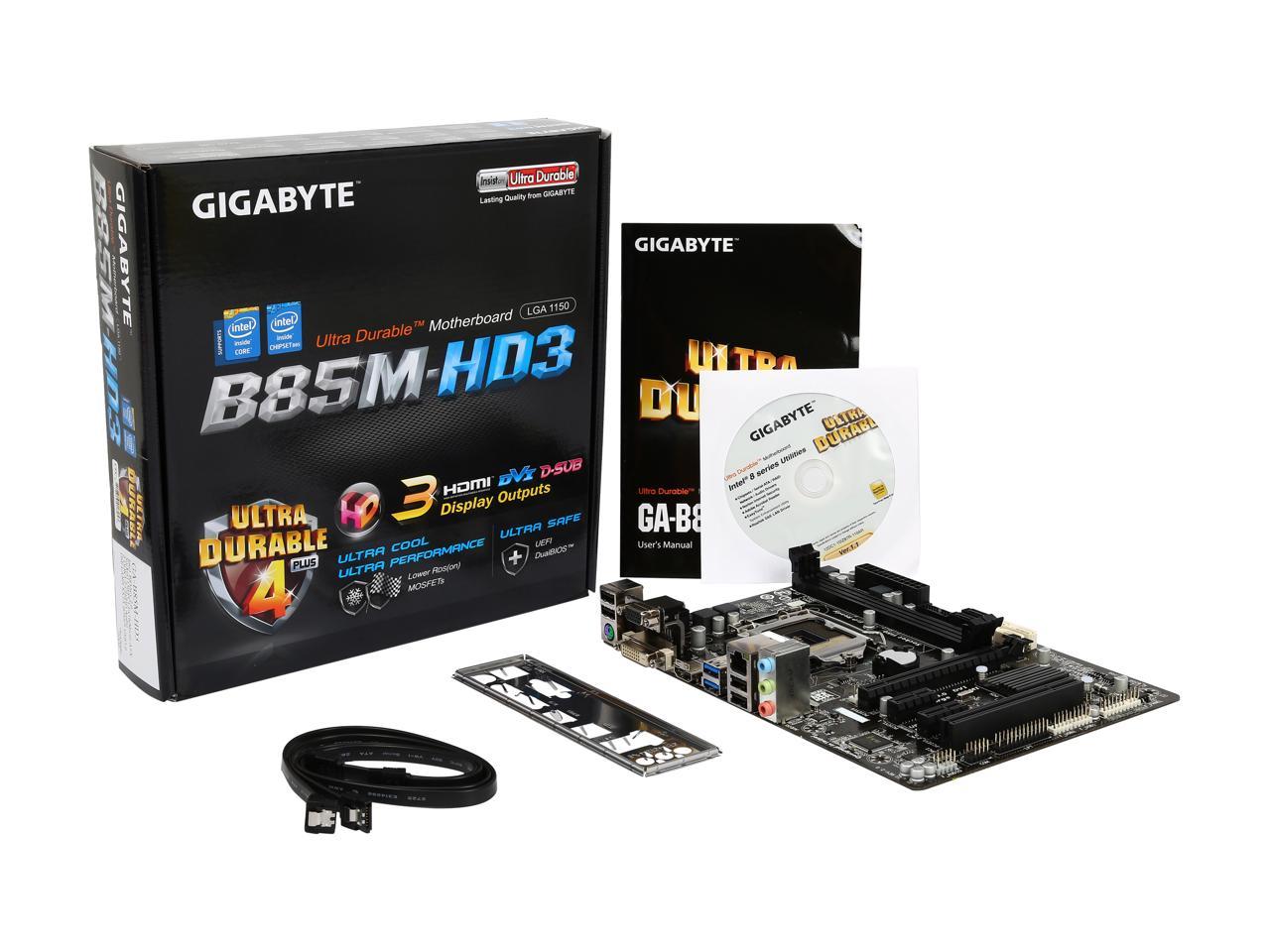 GIGABYTE Ultra Durable™ 4 Plus debuts on GIGABYTE 8 Series motherboards, with a range of features and component choices that provide record-breaking performance, cool and efficient operation and extended motherboard lifespan.

Digital Visual Interface (DVI) is a video interface standard designed for carrying uncompressed digital video data and to maximize the visual quality of digital display devices, such as LCD monitors, digital projectors, and so on. In addition, the DVI interface is compatible with HDCP (High-bandwidth Digital Content Protection). GIGABYTE LAN Optimizer is designed to allow the user to manage different types of network traffic so that data streams such as HD media, web browsing or online gaming can be prioritized, taking precedence over large data downloads that tend to strangle overall network bandwidth.

GIGABYTE motherboards possess a range of features that are designed to offer vastly improved and simplified control over unmanaged IT infrastructure, with specific focus on security, data backup and raising productivity levels overall.

GIGABYTE uses All Solid Caps (Capacitors) and Low RDS(on) MOSFETs which are rated to work at higher temperatures to provide a longer lifespan.

HDMI™ - The Next Generation Multimedia Interface

HDMI™ is a High-Definition Multimedia Interface which provides up to 5Gbps video transmitting bandwidth and 8-channel high quality audio all through a single cable. Able to transmit superior, uncompressed digital video and audio, HDMI™ ensures the crispest rendering of digital content up to 1080p without the quality losses associated with analog interfaces and their digital-to-analog conversion. In addition, HDMI™ is compatible with High-bandwidth Digital Content Protection (HDCP), allowing the playback of Blu-ray/HD DVD and other protected media content.

GIGABYTE On/Off Charge technology allows you to charge your iPhone, iPad and iPod Touch regardless of whether your PC is on, in standby mode or even off. A derivative of GIGABYTE's highly acclaimed 3x USB Power feature, On/Off Charge enables devices to draw more current from GIGABYTE motherboard USB ports than standard USB ports allow, so that charging from your PC can be as fast as with a charger. GIGABYTE UEFI DualBIOS™
GIGABYTE motherboards feature GIGABYTE DualBIOS™, an exclusive technology from GIGABYTE that protects arguably one of your PC's most crucial components, the BIOS. GIGABYTE DualBIOS™ means that your motherboard has both a "Main BIOS" and a "Backup BIOS," making users protected from BIOS failure due to virus attack, hardware malfunction, improper OC settings or power failure during the update process.

GIGABYTE EasyTune provides a simple and easy-to-use interface that allows users to fine-tune their system settings.

The new and updated GIGABYTE @BIOS app allows you to update your system's BIOS from within Windows using a simple and slick graphical user interface by automatically downloading the latest version from the GIGABYTE servers. High ESD Protection for USB and LAN (USB 3.0 only)

GIGABYTE 8 Series motherboards raise the bar in terms of protecting your system, providing advanced electrostatic discharge (ESD) protection for both your Ethernet LAN and USB ports, both common sources of ESD-related failures. Each LAN and USB port is paired with a dedicated protection filter that can withstand high electrostatic discharges, protecting your system from common electrical surges and even direct lighting strikes.

On GIGABYTE 8 Series motherboards each USB port has its own dedicated power fuse that prevents unwanted USB port failure, helping to safe guard your important data during transfer

*The entire materials provided herein are for reference only. GIGABYTE reserves the right to modify or revise the content at anytime without prior notice.
*Advertised performance is based on maximum theoretical interface values from respective Chipset vendors or organization who defined the interface specification. Actual performance may vary by system configuration.
*All trademarks and logos are the properties of their respective holders.
*Due to standard PC architecture, a certain amount of memory is reserved for system usage and therefore the actual memory size is less than the stated amount.

Learn more about the GIGABYTE GA-B85M-HD3

Customer Reviews of the GIGABYTE GA-B85M-HD3