Purchases from these Sellers are generally covered under our Newegg Marketplace Guarantee.
Sold and shipped by: yulianxue
Ships from Canada.
Price Alert
Add To List 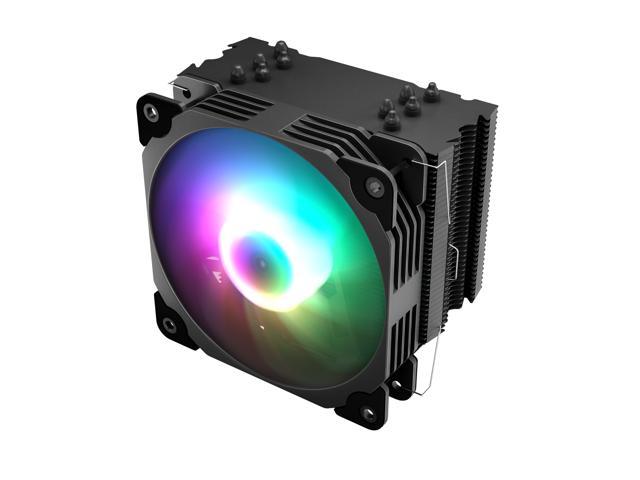 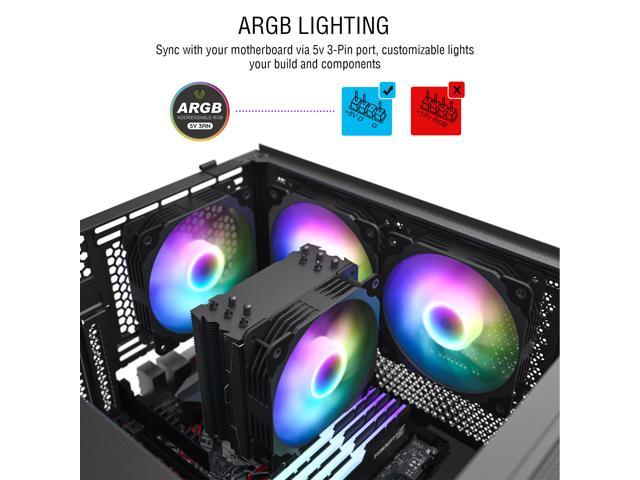 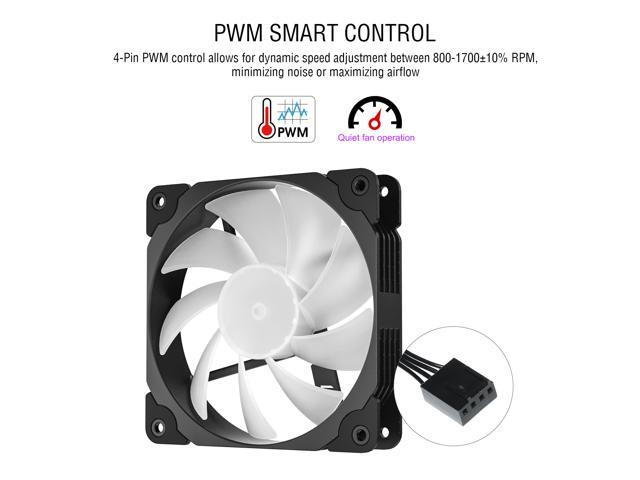 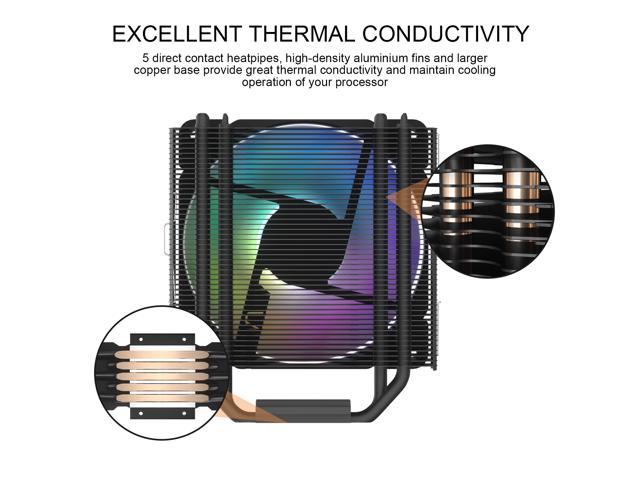 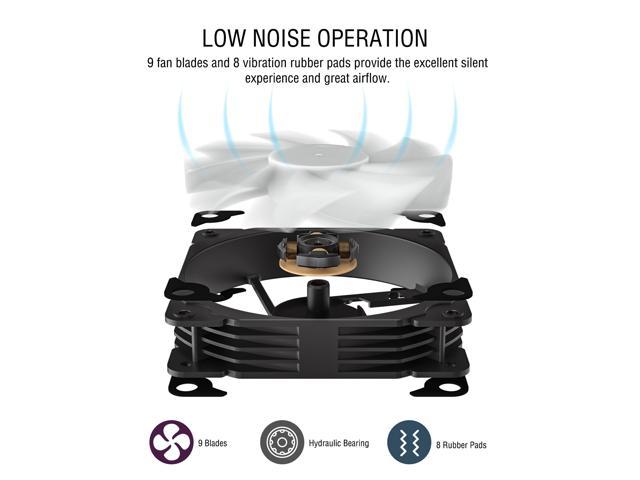 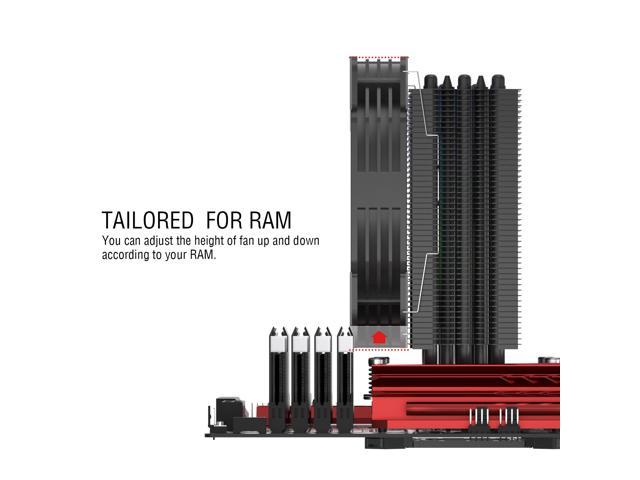 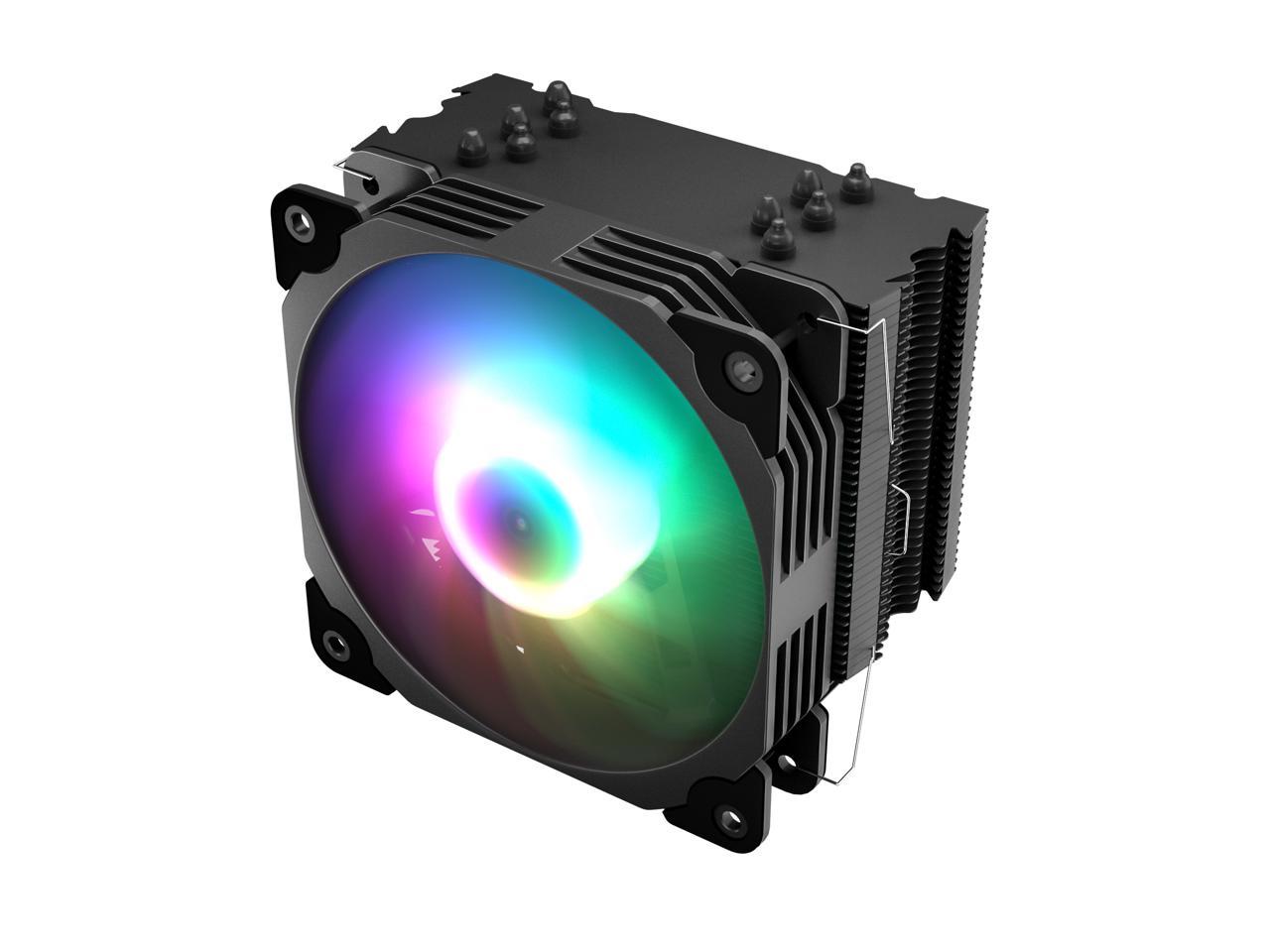 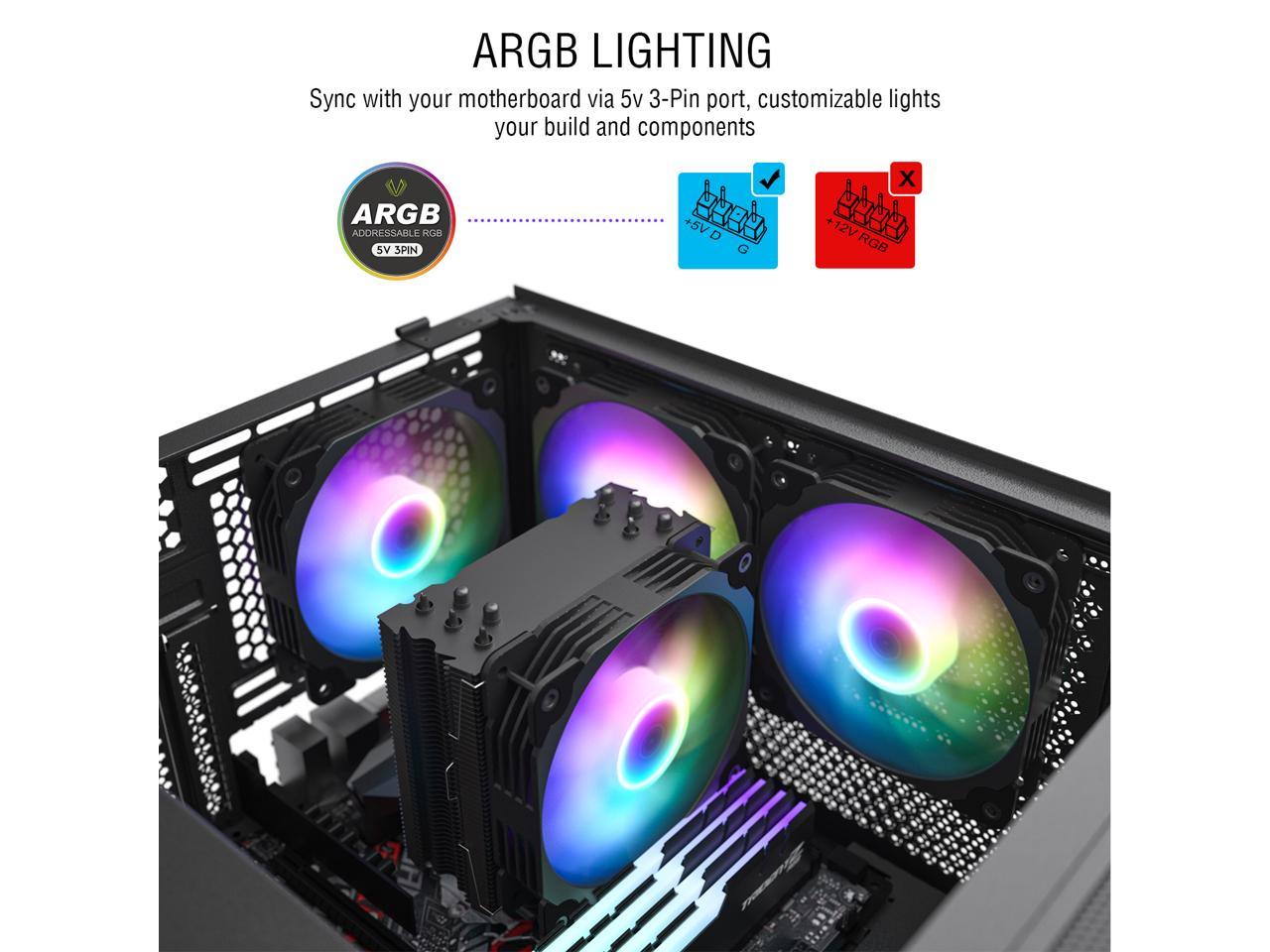 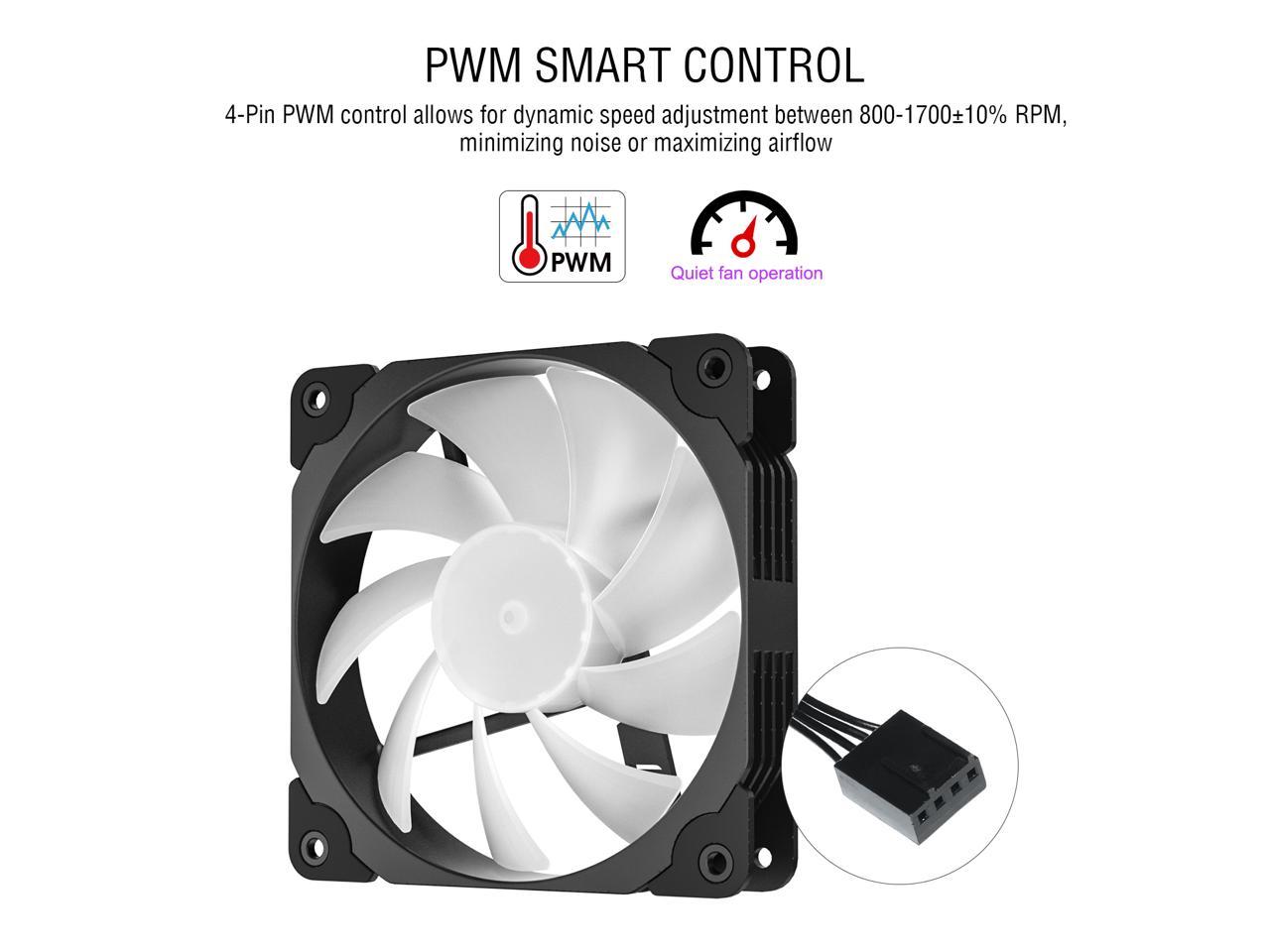 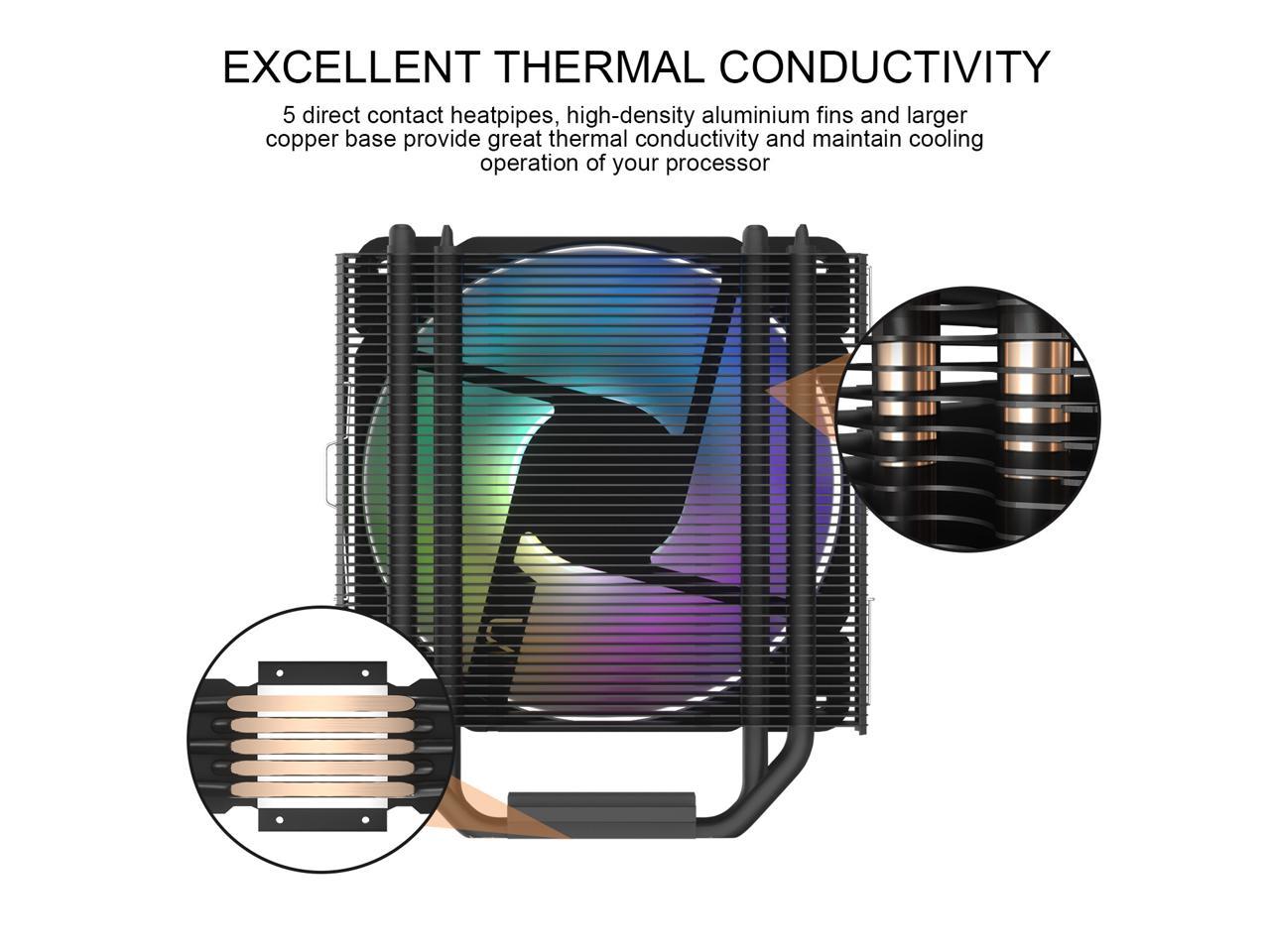 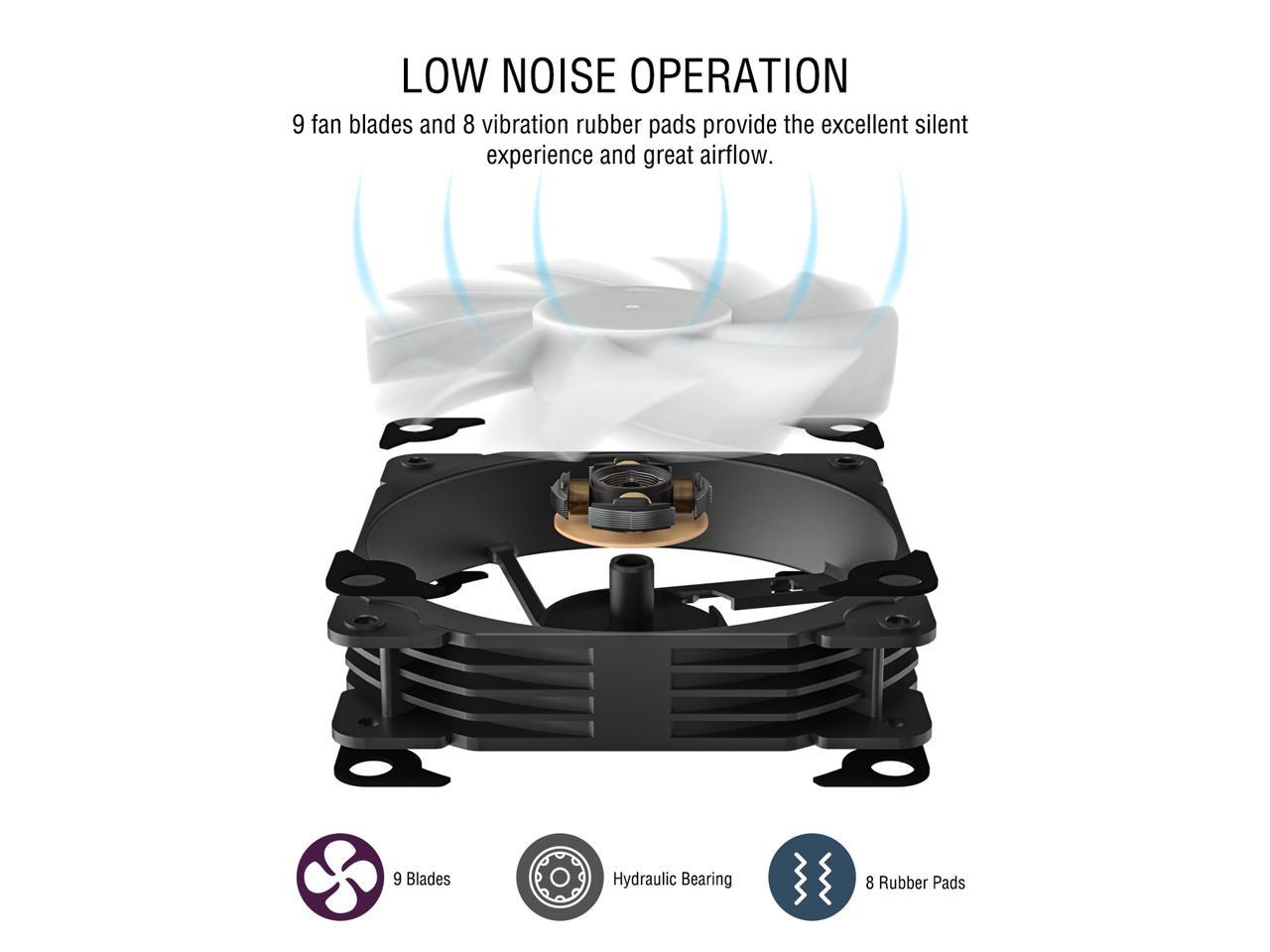 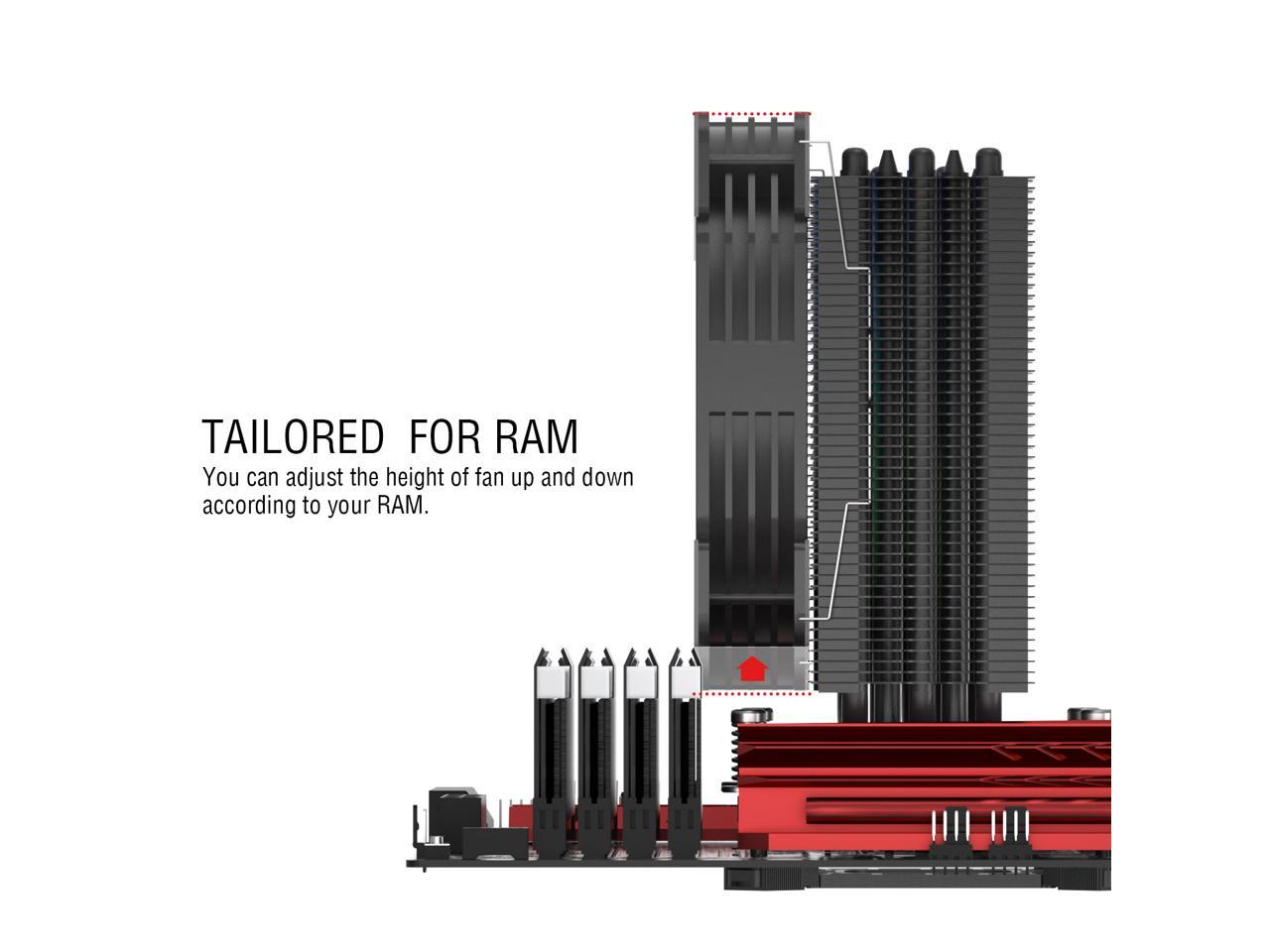 Learn more about the Vetroo V5

Pros: Bought for use with an amd 5600x as the stock fan just wasn't cutting it. Temps with stock fan would spike to mid to high 80s while gaming which while technically acceptable (up to 95C per amd for 5600x) were too high for my liking. With the Vetroo V5 I see on average about 15C degree lower temps at all times. The fan runs silent and was able to hook into my mobo to sync the rgb up with the rest of my system and it looks great. No complaints whatsoever.

Cons: The instructions that come with the fan are a little barebones but the installation isn't difficult. I made it harder on myself than I needed to since my system was already built and it was a bit of a pain getting everything where it needed to be but thats not Vetroo's fault.

Overall Review: Overall a great product at an excellent price. Don't pay double or triple this price for similar results, this fan is a quality purchase.

Pros: Excellent cooler for the price. I achieved what I was looking for, which was to lower the temperature of my Ryzen 5 3600.

Cons: They just need to improve the protection of the packaging as the couriers are not very careful with what they transport.

Pros: Adaptable socket size makes this a great cooler to have in stock for testing builds if you're the kind of person who has different mobos/CPUs around. The cooler itself is working great on my LGA 1155 i7 2600 CPU. One fan is enough, but I bought an additional fan for the other size for better air flow. Getting great performance on a very old 4-core with this cooler. Customer support is amazing, though: I'm the person who reviewed the seller (I am unable to edit this review for some reason, but the title is "Should work on their packaging"). Ventroo reached out to me unprompted (I opted not to bother replacing them since I was already done with the build--the damaged cooler was working well enough) and offered to send replacements at no charge to me. They simply asked for my address and sure enough I ended up with two new, properly packed CPU coolers. I realize that my negative review prompted this action by them, but I think it was a great gesture for them to reach out to me first instead of me having to sort this out myself. Kudos to Ventroo for taking this action and also making a cheap, effective, and adaptable CPU cooler. It's going to be great since I plan on making some budget builds with old hardware in the future and I have some leeway with these coolers that I already know work.

Overall Review: I've been using this cooler for modern gaming (Battlefront II, Cyberpunk 2077, some GTAV are probably the more demanding games I've played) and my second-gen i7 2600 processor has still been getting the job done, staying cool with this cooler (though I opted to dual fans). I don't much care for RGB, but if you don't want it don't plug the RGB cable in. Solid fan, solid performance, I would recommend for people on a budget. I also used the included thermal paste when re-casing my old build using this cooler.

Cons: Kinda hard to install but you will figure it out.

Cons: This cooler sits very low and does not fit motherboards with normal to beefy vrm heatsinks.

Overall Review: Modern motherboards come with large vrm heatsinks. There is a good chance you can't even install this cooler on your motherboard.

Overall Review: i would recommend this to anyone using a small or stock cooler

Pros: Excellent product for the price

Overall Review: I found out about this cooler from Gamers Nexus. I have been buying Cooler Master fans and I was looking into the Cooler Master tower cooler but then the episode when Gamers Nexus reviewed the Vetroo appeared on my YouTube feed. I had two RGB fans from my 240mm Cooler Master AIO that I replaced with Cooler Master Halo ARGB's. So i installed those into the Vetroo as it includes four brackets in case you want to install another fan in addition to the one it has included. I am sure the included fan is great as that is what the GN guys tested it with, but with the two fans I have an amazing airflow with front intake fans and a rear exhaust. I installed intake/exhaust on the cooler itself. I thought this thing could not compete against my other system with a 240mm AIO but boy was I wrong. It can't quite compare but I could easily overclock the 3600X to its max clock at 1.225V and run Cinebench to really push the CPU to the max and I can't break 65C, when it does, it will go immediately down. Granted I have a case with excellent airflow as well but I think the design allows for this front-to-rear airflow to work wonders for cooling. This is a great product at a great price.

Overall Review: Works great. Easy to install. Keeps my CPU at around 60 degrees while the stock one had it at 90