OUT OF STOCK
Sold by: Newegg
Shipped by Newegg
Price Alert
Add To Wish ListFound on 17 wish lists 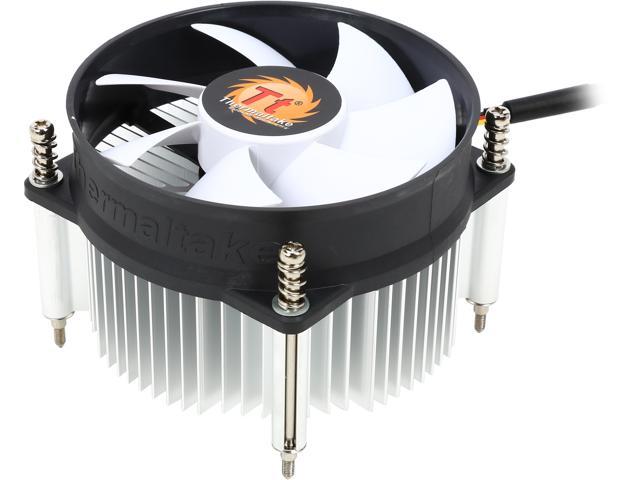 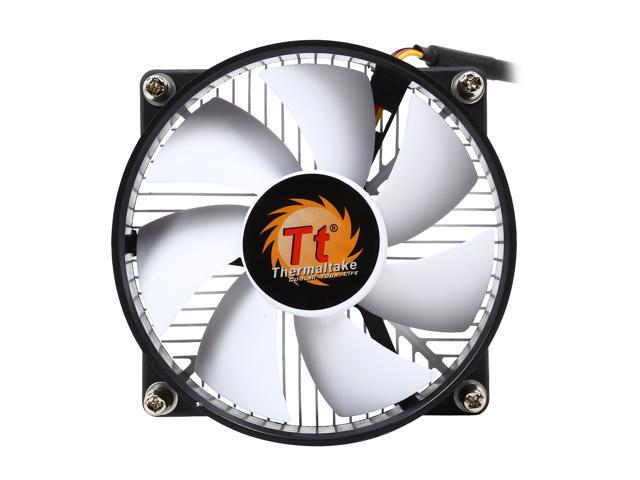 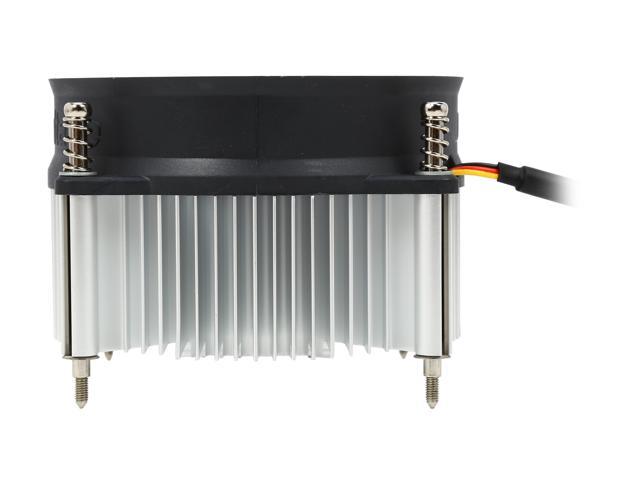 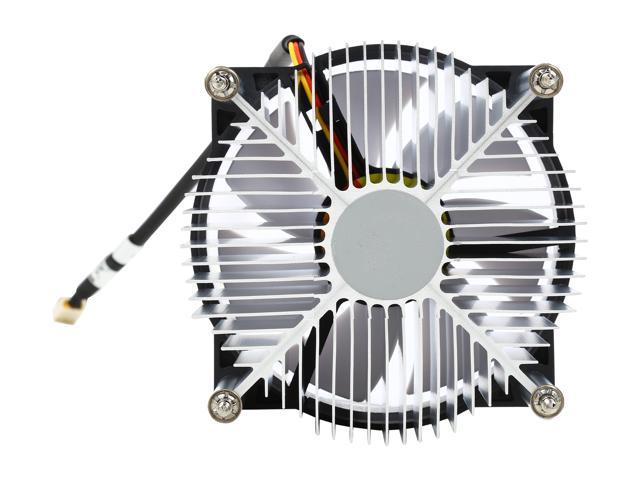 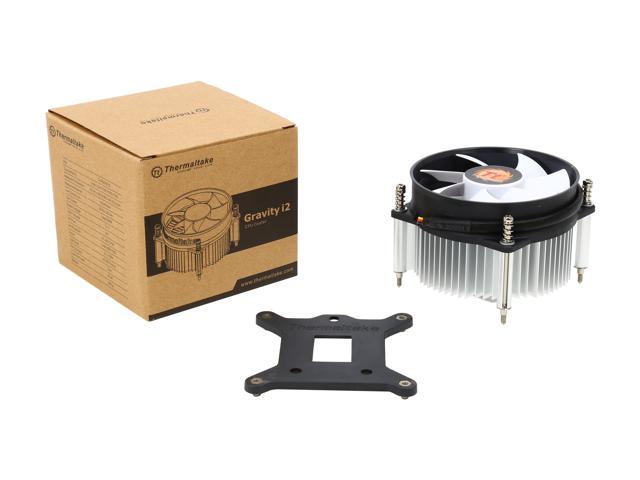 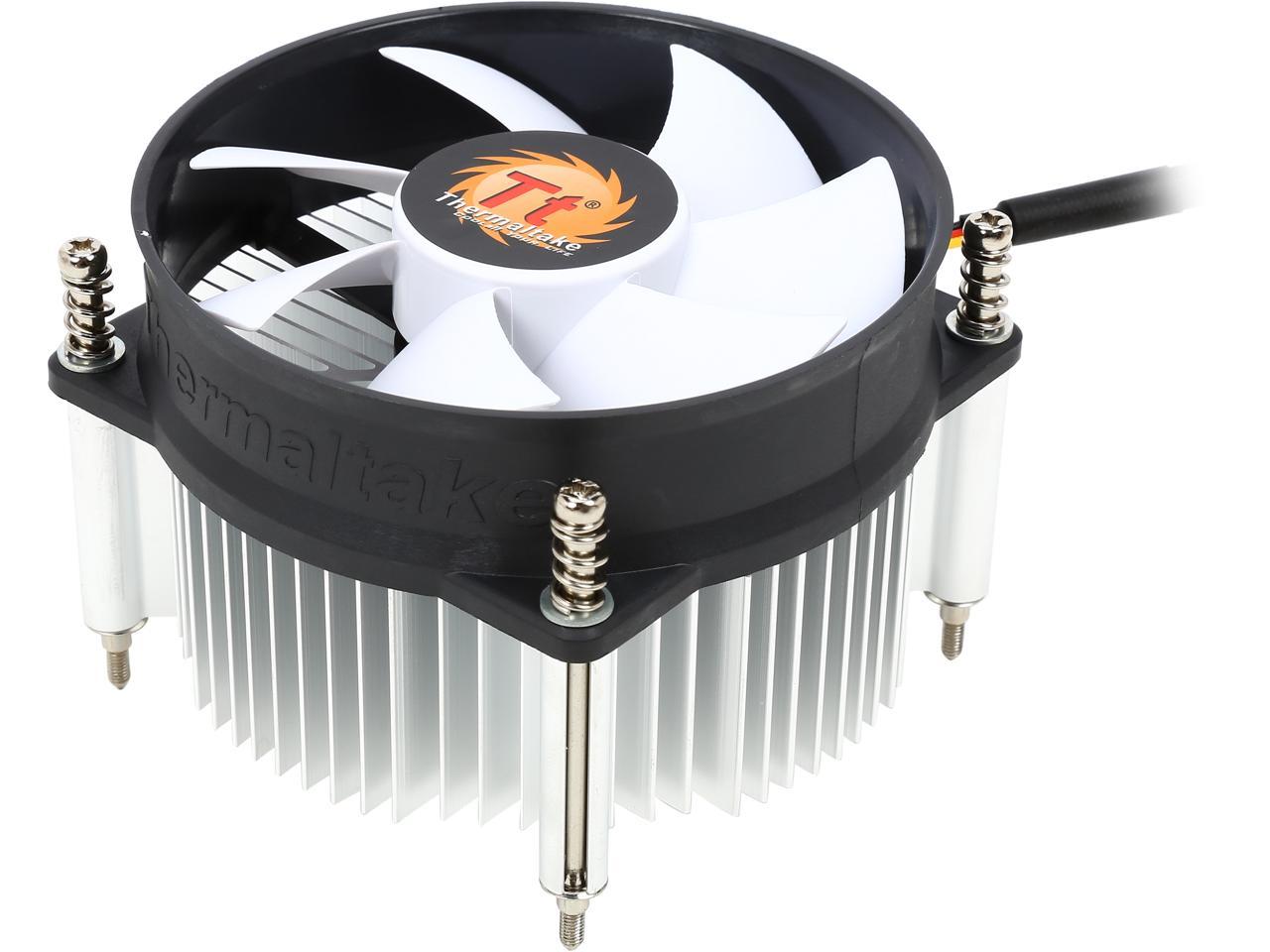 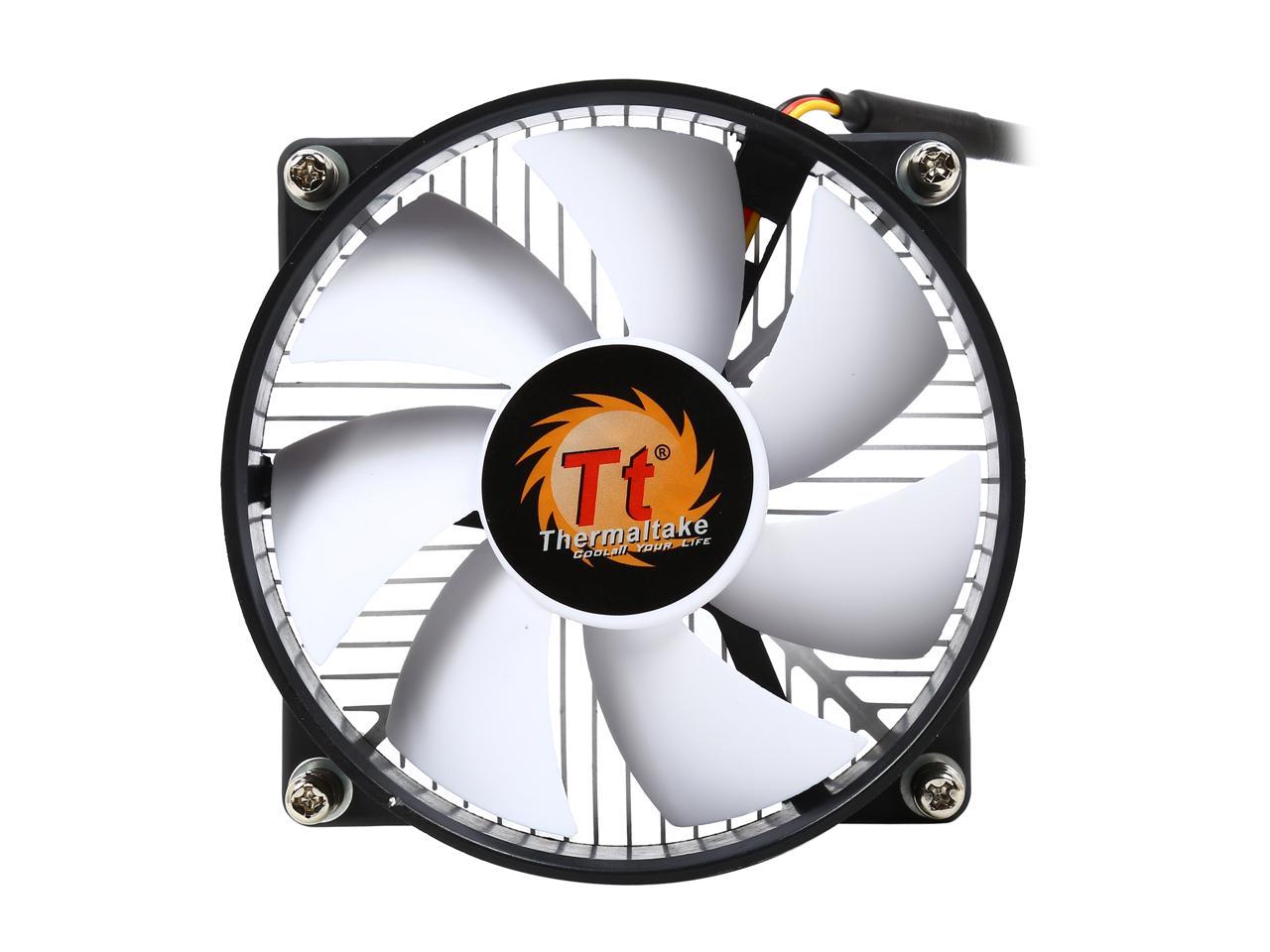 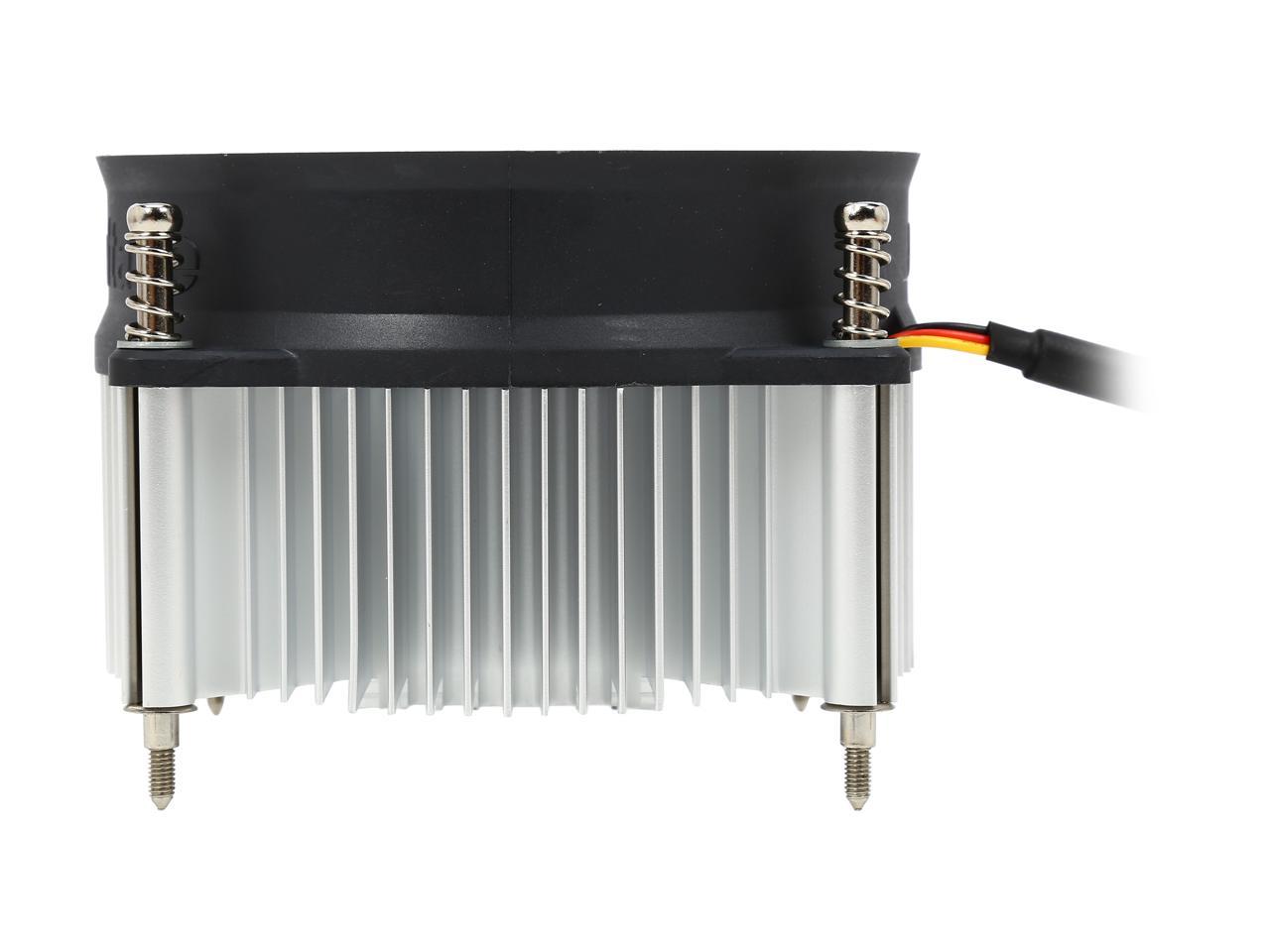 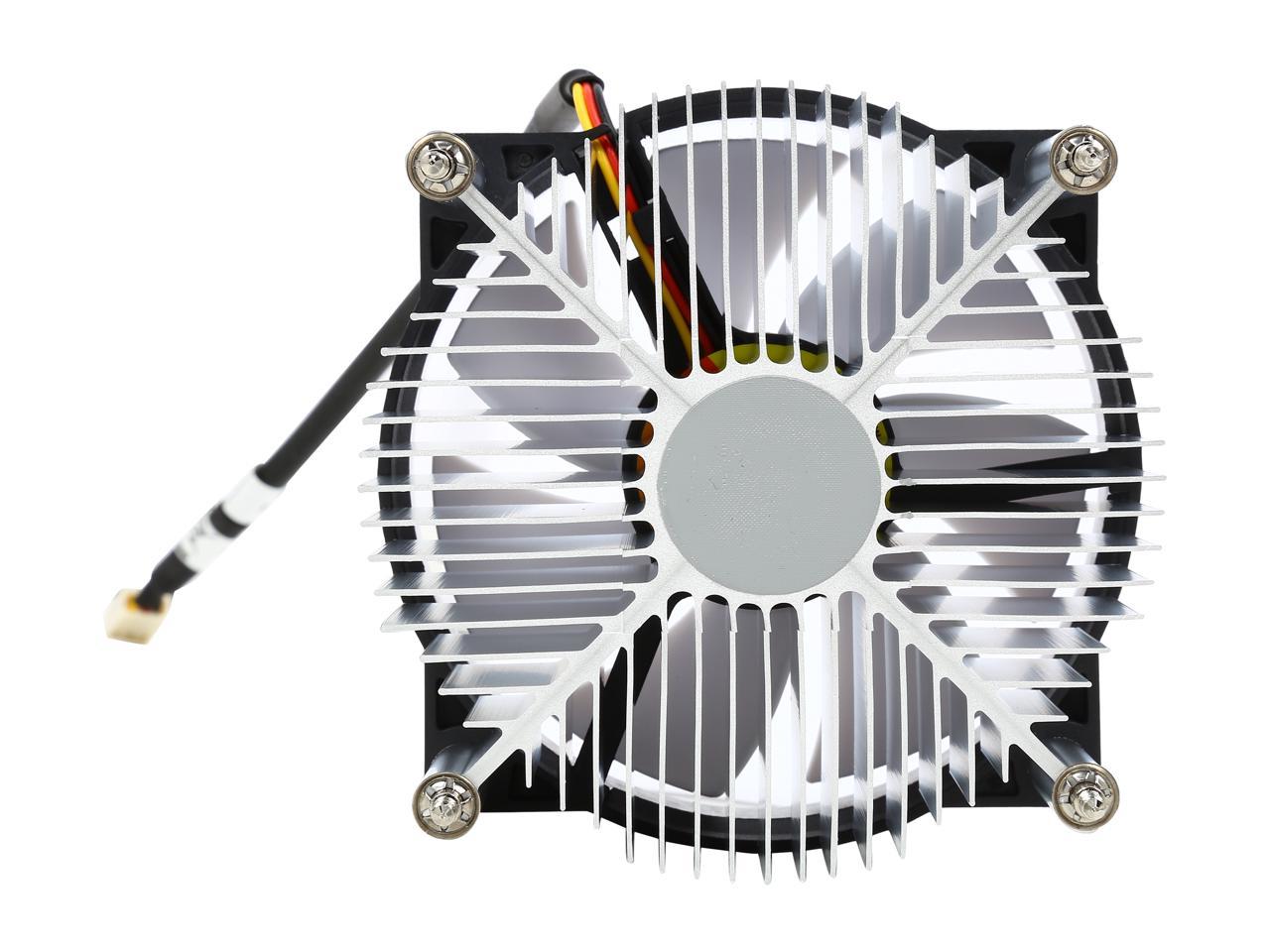 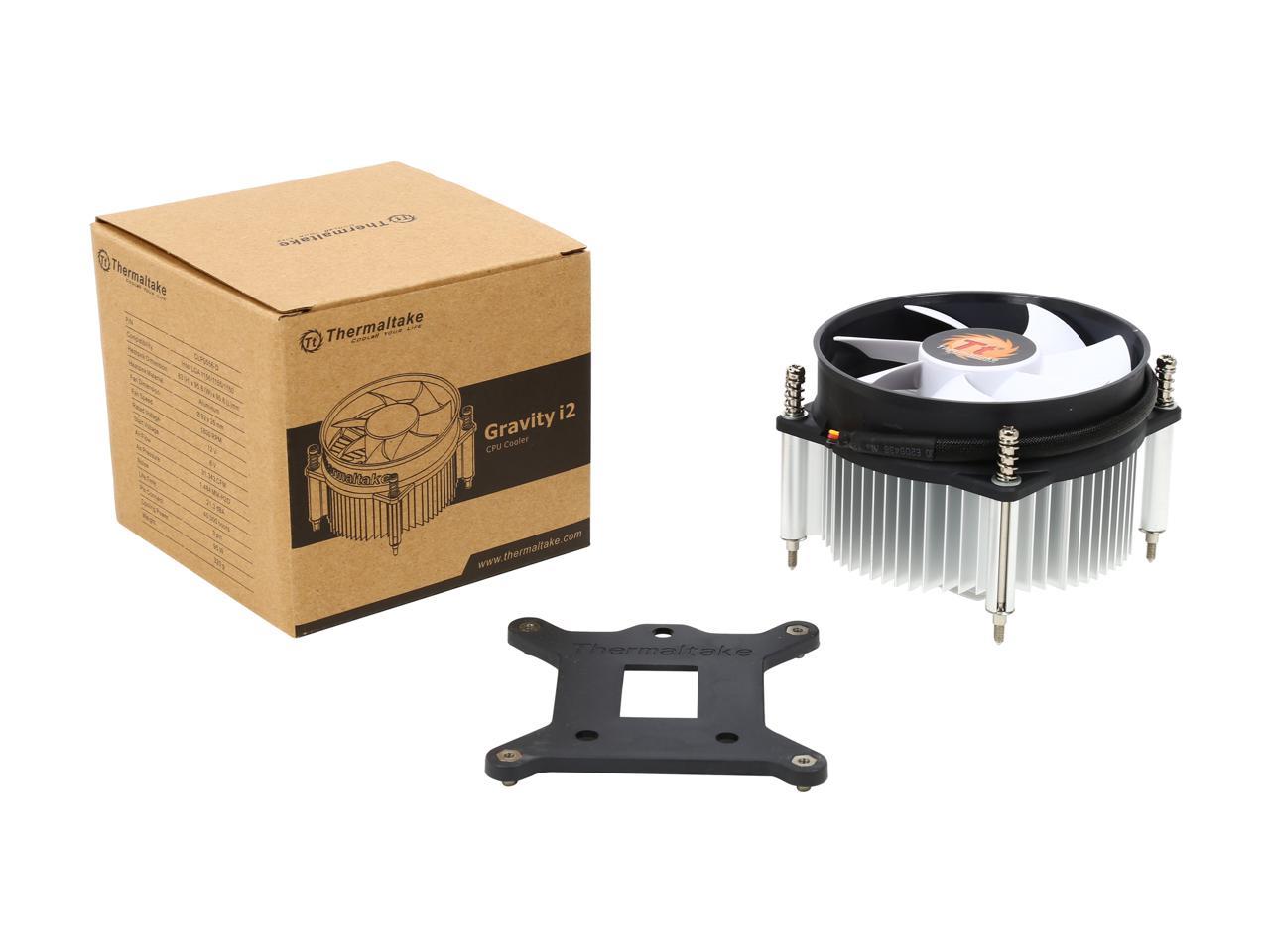 The Thermaltake Gravity i2 CPU cooler is comprised of a low profile aluminum Heatsink and a compact 92mm fan. It can cool Intel LGA1150/1155/1156 CPUs up to 95W. No excess noise will be generated. Compute in silence. Let its cooling capacity speak. The Thermaltake Gravity i2 CPU cooler’s aluminum extrusion heatsink has an optimized number of fins, and can cool up to 95W. Learn more about the Thermaltake CLP0556-D

Pros: This is a very good replacement for the cheap original equipment fan that comes on the Intel 1150 processors. What is especially nice is that it has about twice the size cooling fins and the fan runs very smoothly and quietly. I recently replaced my motherboard and the cheap push pins on the stock fan didn't fare so well being removed and used again so I got this and am very happy with it as it dropped my idle temperature by about 4 - 5 degrees. The mounting system with the spring loaded screws and backplate make for a very secure mount that will never loosen up. The only downside might be if you already have your mother board installed in your case and if it doesn't allow access to the CPU backplate then you will need to remove the motherboard in order to mount the fan and its backplate. The trade off is that you end up with a fan that moves more air and dissipates more heat while making less noise. I was going to scrape off the thermal paste that comes with it and replace it with some Arctic Silver, but after trying their thermal paste I don't see the need for it.

Cons: None, this is an inexpensive alternative to the original fan that works better and is quieter.

Overall Review: The only inconvenience is if your case doesn't allow access to the CPU backplate area then you will need to pull the board in order to install this. It is very well made and is a great alternative to a stock fan and is rated to provide sufficient cooling for processors up to 95W, though if you are a heavy gamer you probably will want something more robust than this, perhaps even water cooling, but for everyday browsing, streaming, and light to medium gaming this one should suffice.

Pros: Keeps my i3-4130 CPU in the low to mid 40's (C) and is very quiet. Mounting is secure because it uses a back plate but I do not worry that a post will pop out because it is securely fastened to the back plate. This is unlike the Intel stock cooler that just pops into the mounting holes.

Cons: Some people will not like that the mounting is more involved because the CPU and CPU cooler needs to be mounted before the MB is mounted in the case. I prefer a good mounting therefore I do not consider this a con.

Overall Review: The price makes me like this cooler even more.

1 out of 1 people found this review helpful. Did you?
Manufacturer Response:
This device works with LGA 1151, depending on the way you mount it. If you have additional issues, please contact our technical support team.
Anonymous
Ownership: 1 week to 1 month
Verified Owner
Try it7/21/2020 11:03:49 AM

Pros: Does not fall off.

Cons: Wish it had a copper core.

Pros: Processor: i5-4690K This product was easy to assemble. You have to take your motherboard out of the case to put the adapter bracket on the back of the board. A little inconvenient, but sits much tighter than the old stock intel cooler. The phillips head screws are far preferable to the stock intel design. Seems to idle around 35C and hit around 60C under load with no overclocking.

Cons: Pretty noisy compared to the stock intel cooler. Didn't come with an installation guide, but it was pretty obvious how to assemble it to the motherboard.

Overall Review: Overall, decent value for 14 bucks. One egg knocked off for noise. For everything else so far I have no complaints.

Pros: Works great. If you don't overclock, and don't want something the size of a cinderblock.

Overall Review: This is a 3pin fan. But it's pretty quiet anyway.

Pros: Great low profile fan. Keeps my i5 6600k nice and cool. Comes with thermal paste applied right out of the box and doesn't need any thing else

Cons: It doesn't have cool lights on it.

Overall Review: This is all you need if you don't need to overclock.