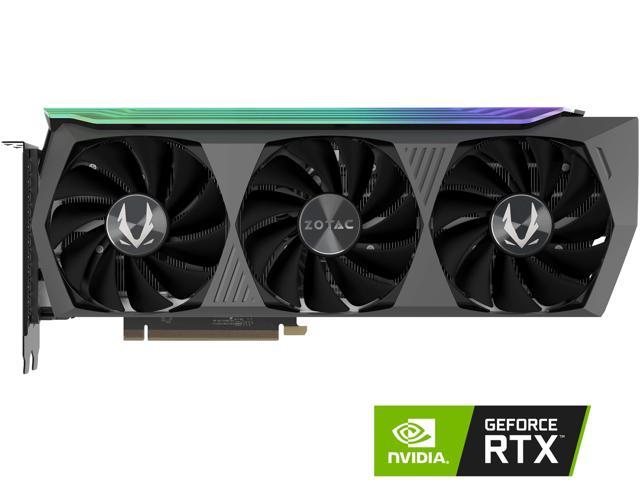 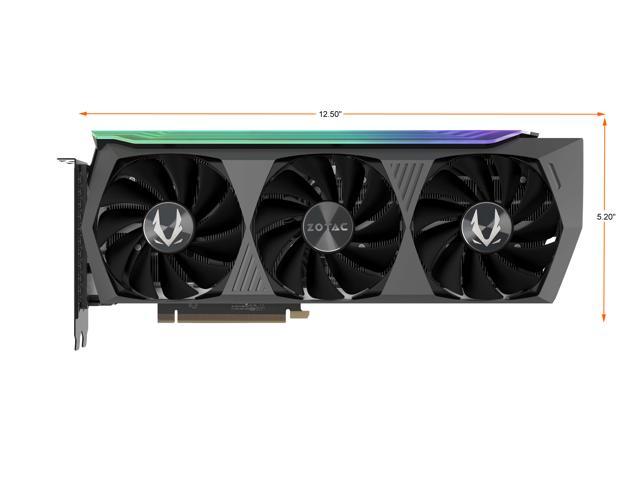 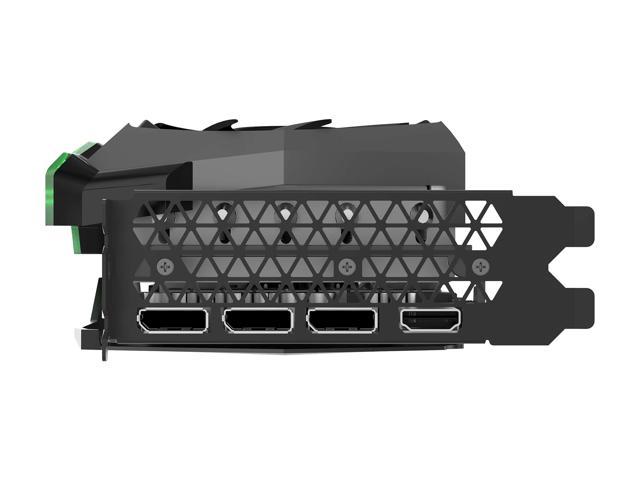 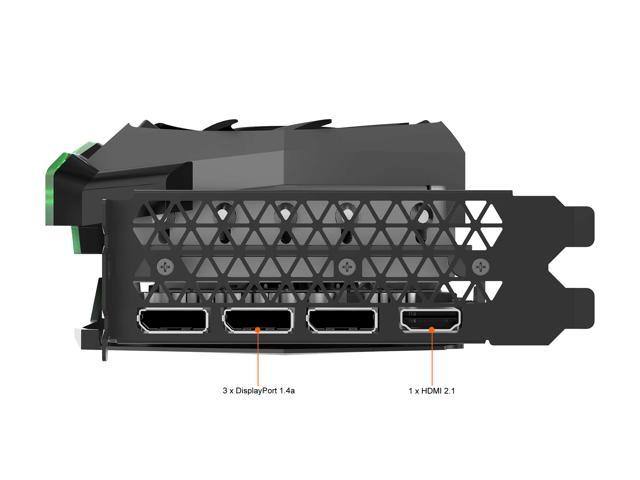 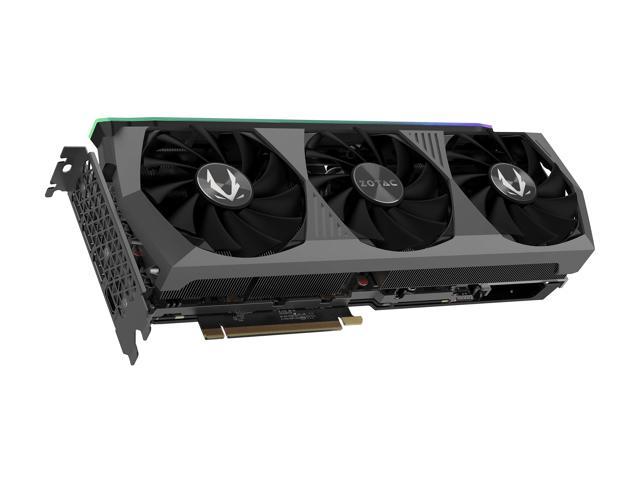 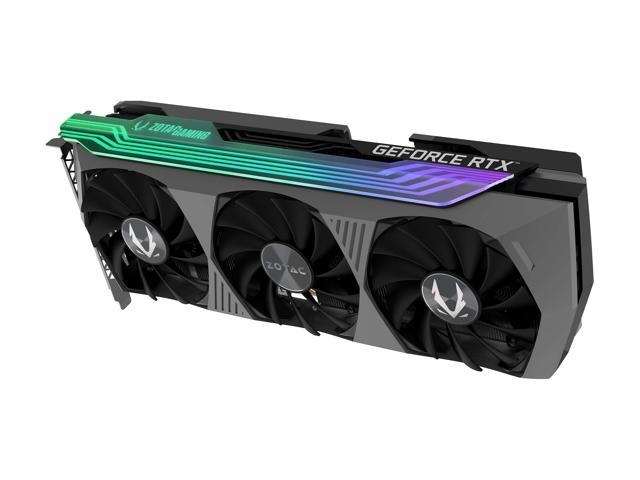 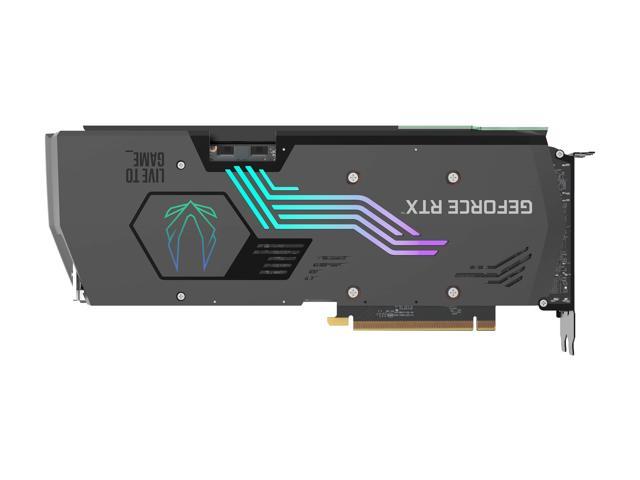 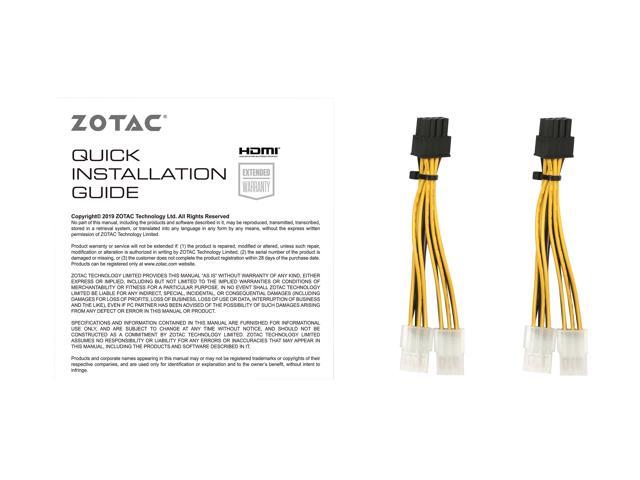 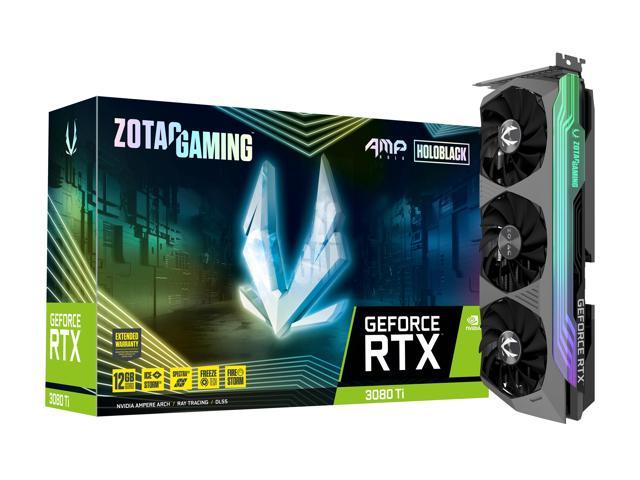 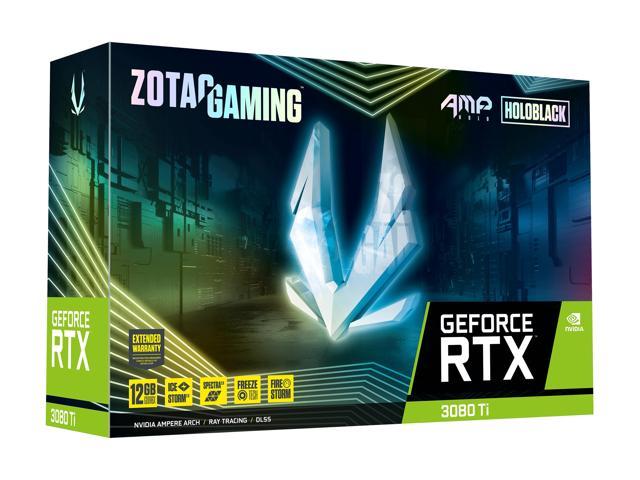 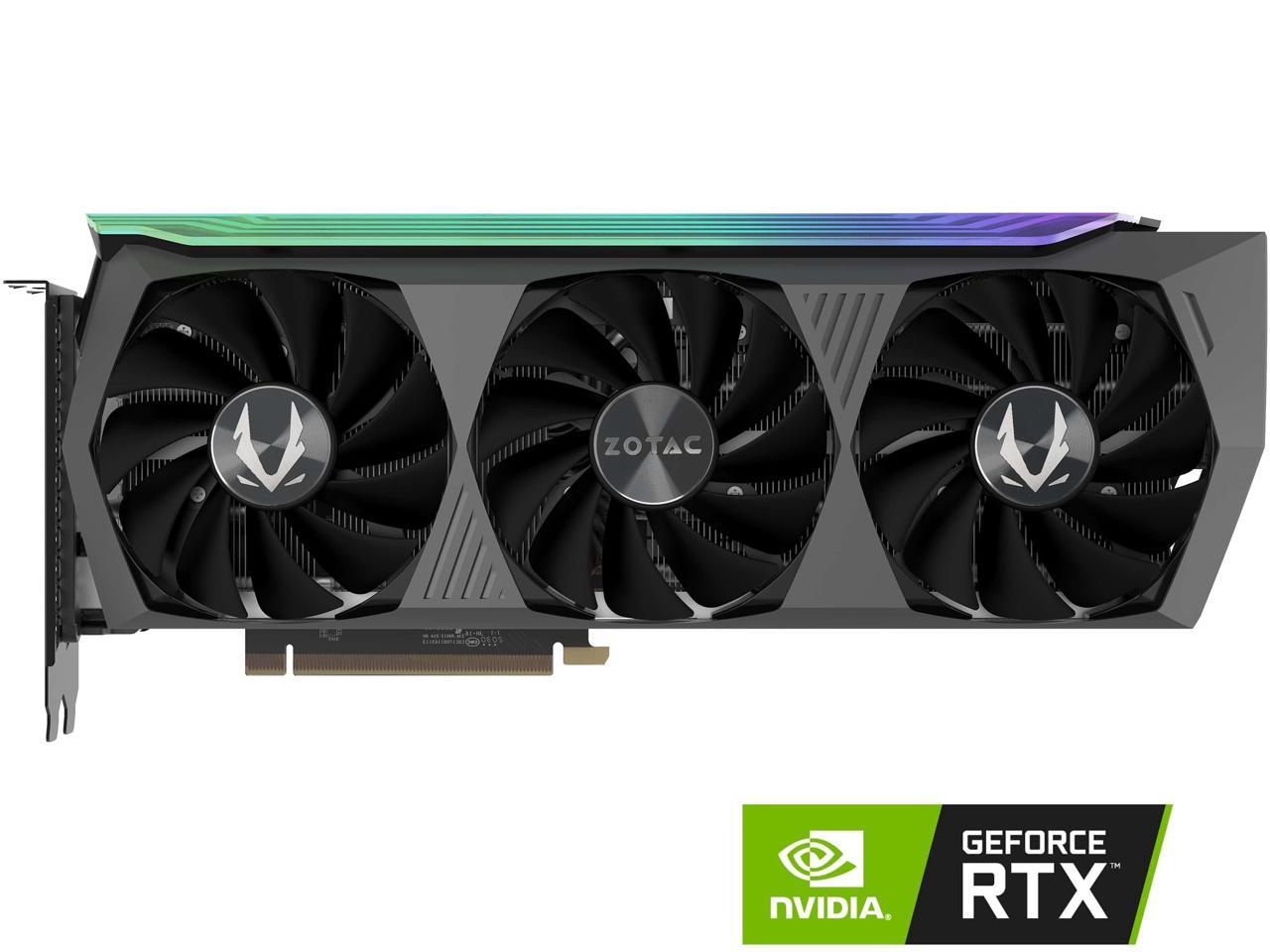 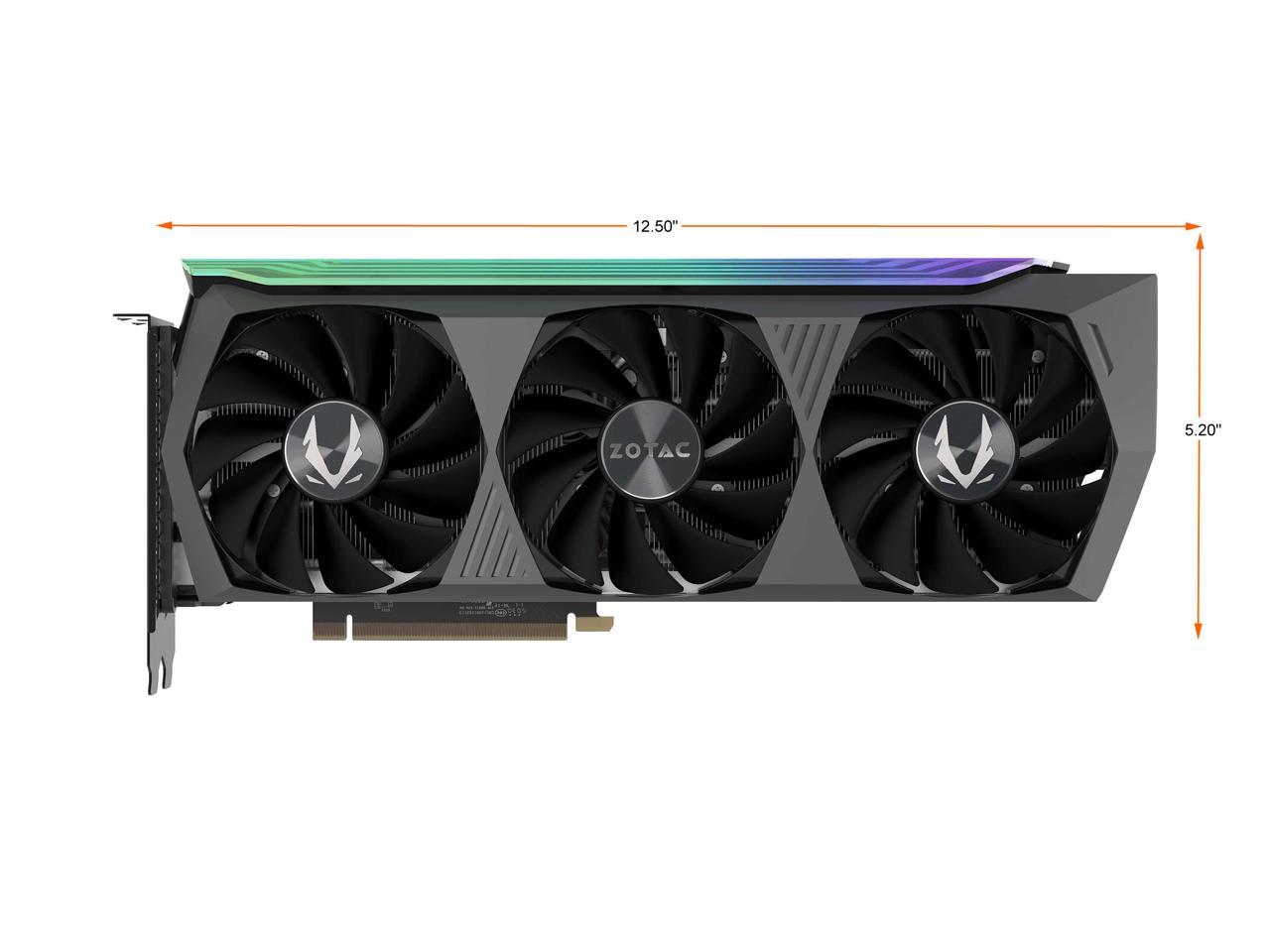 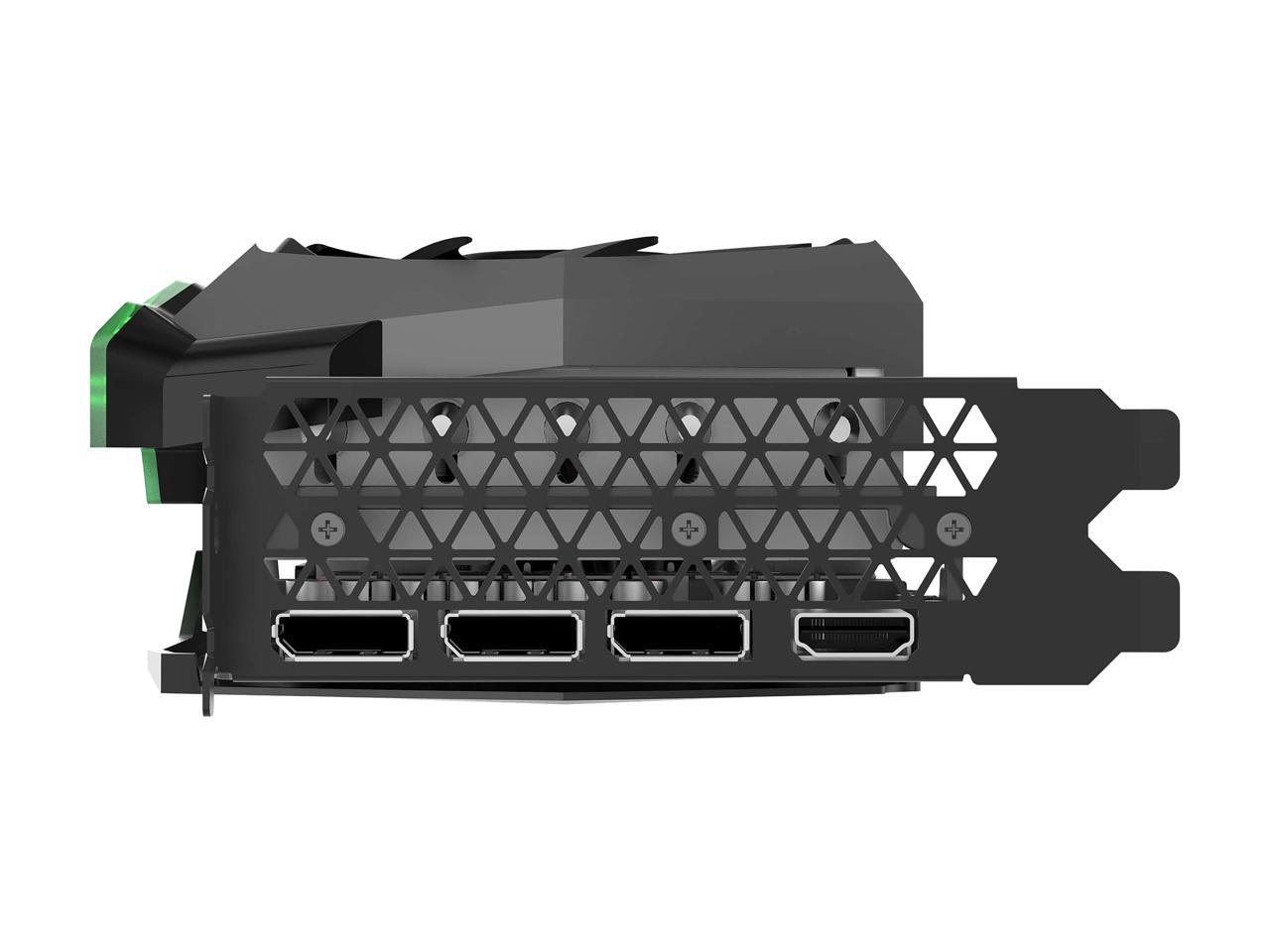 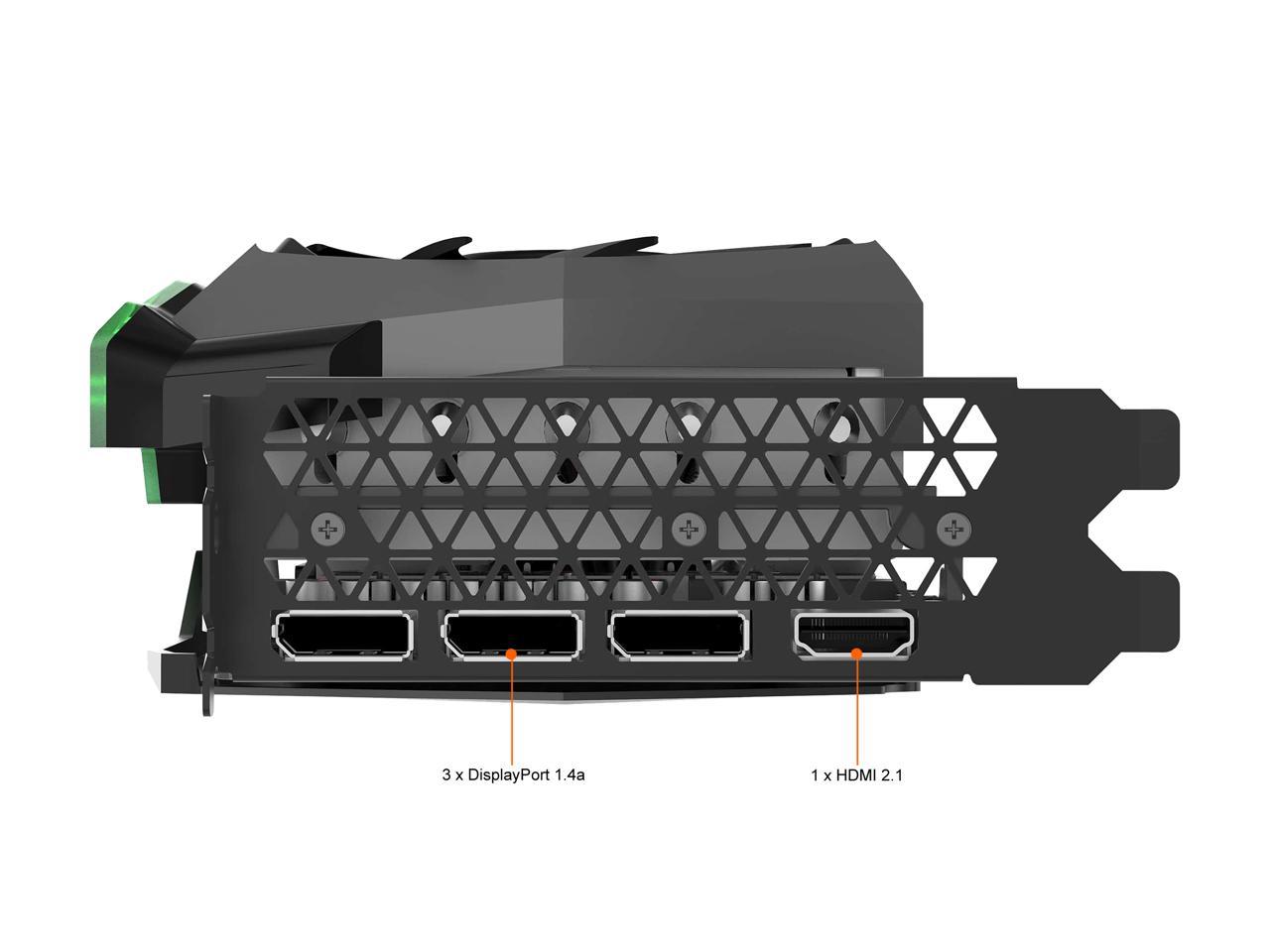 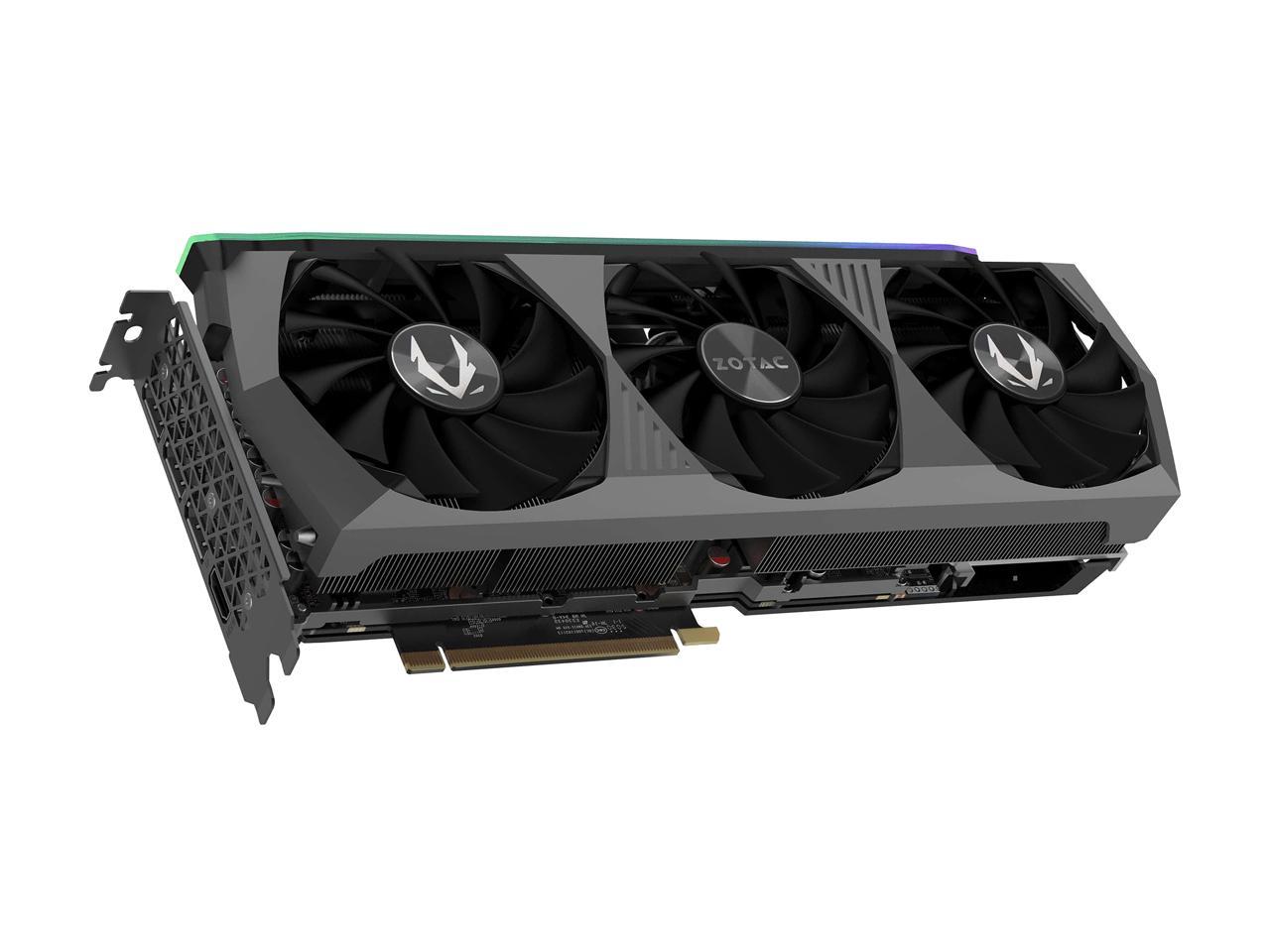 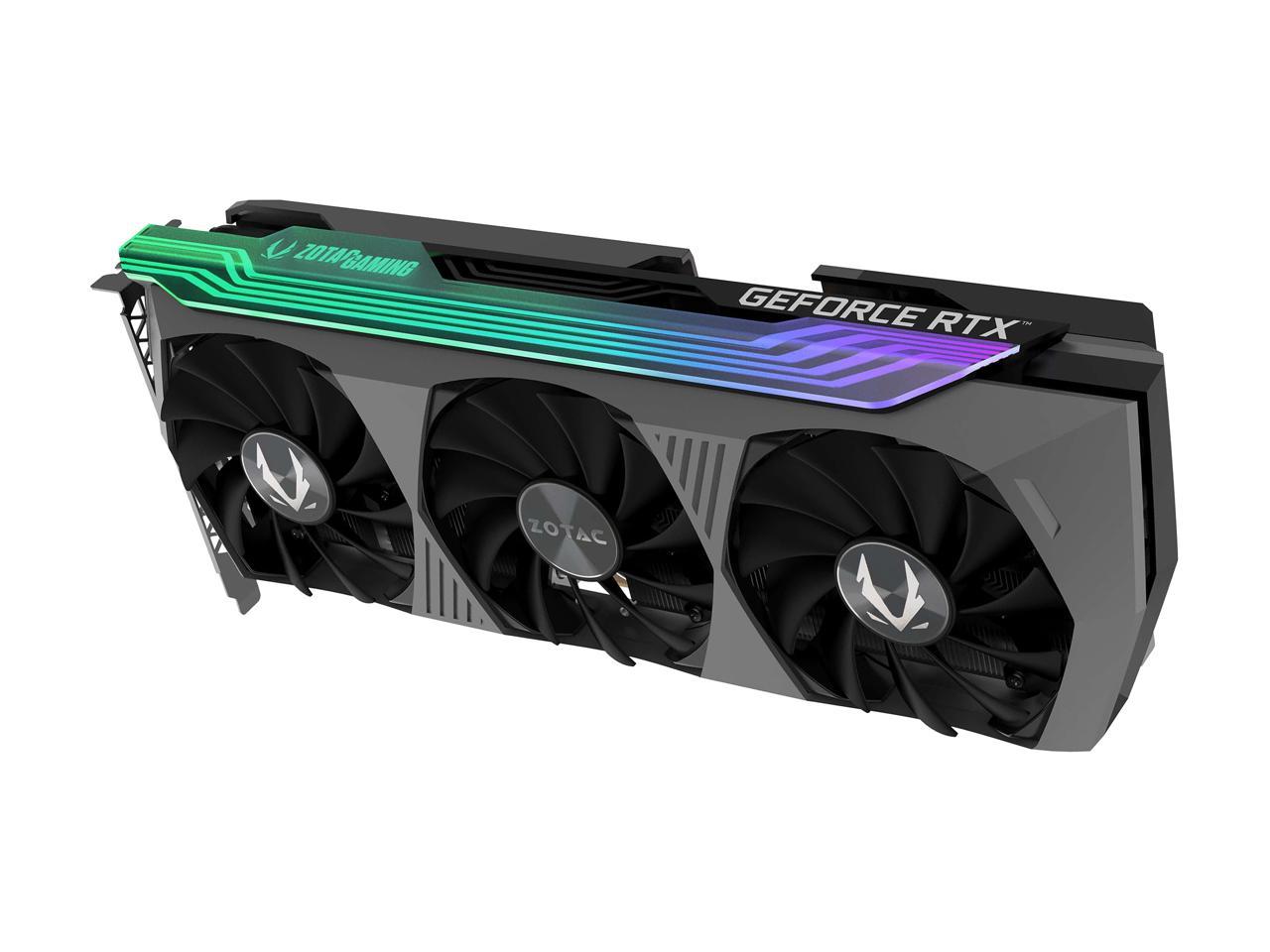 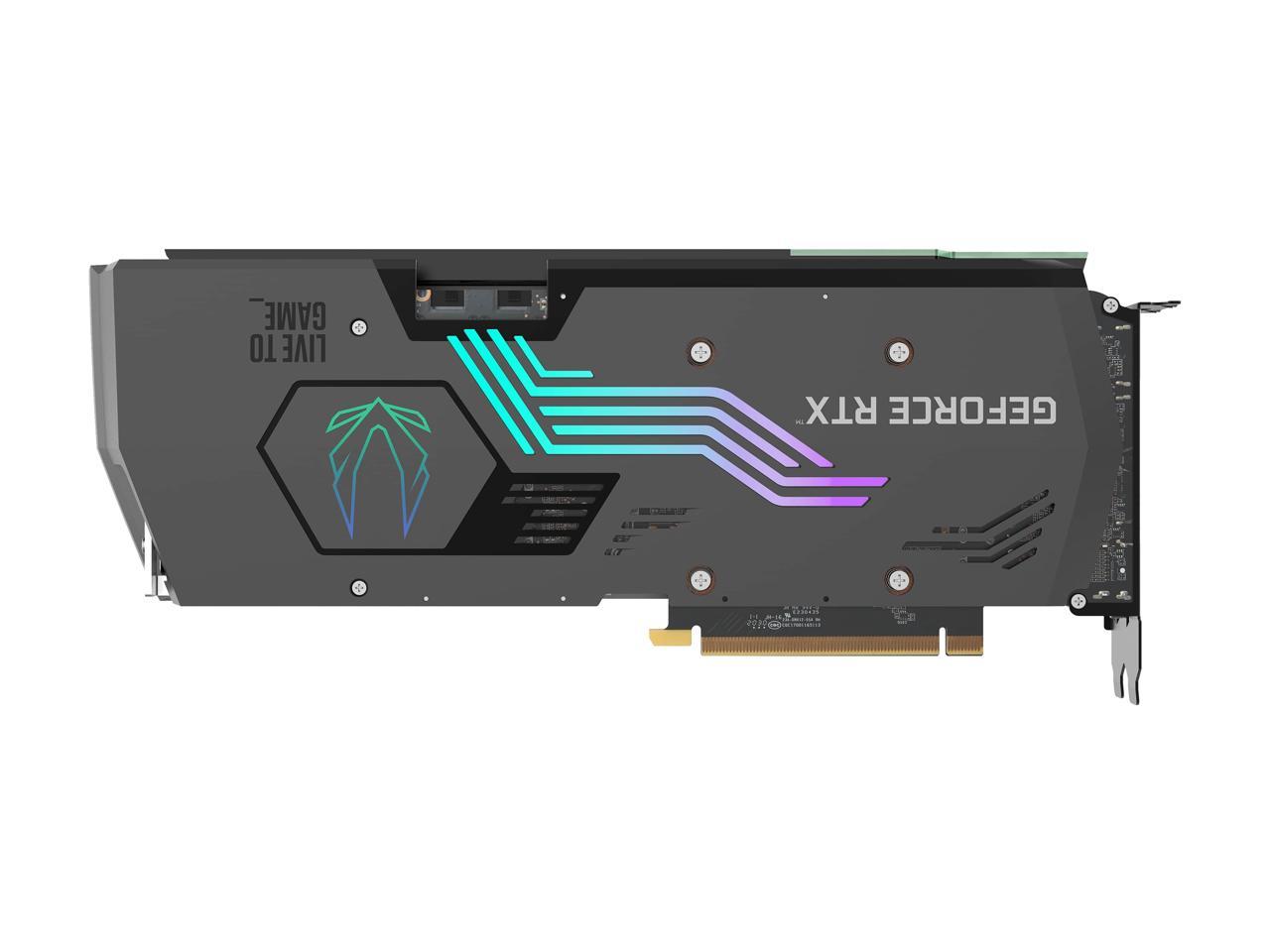 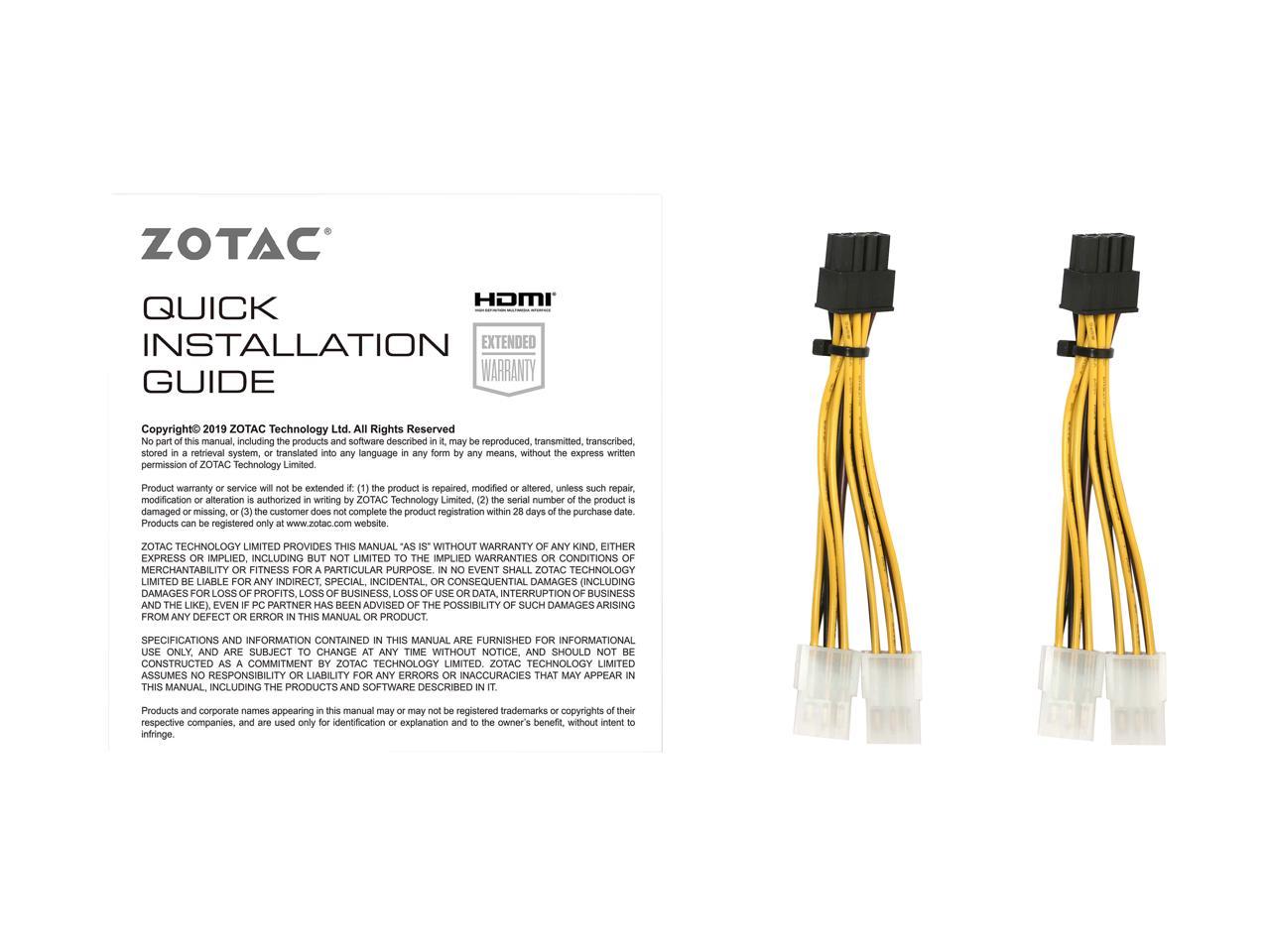 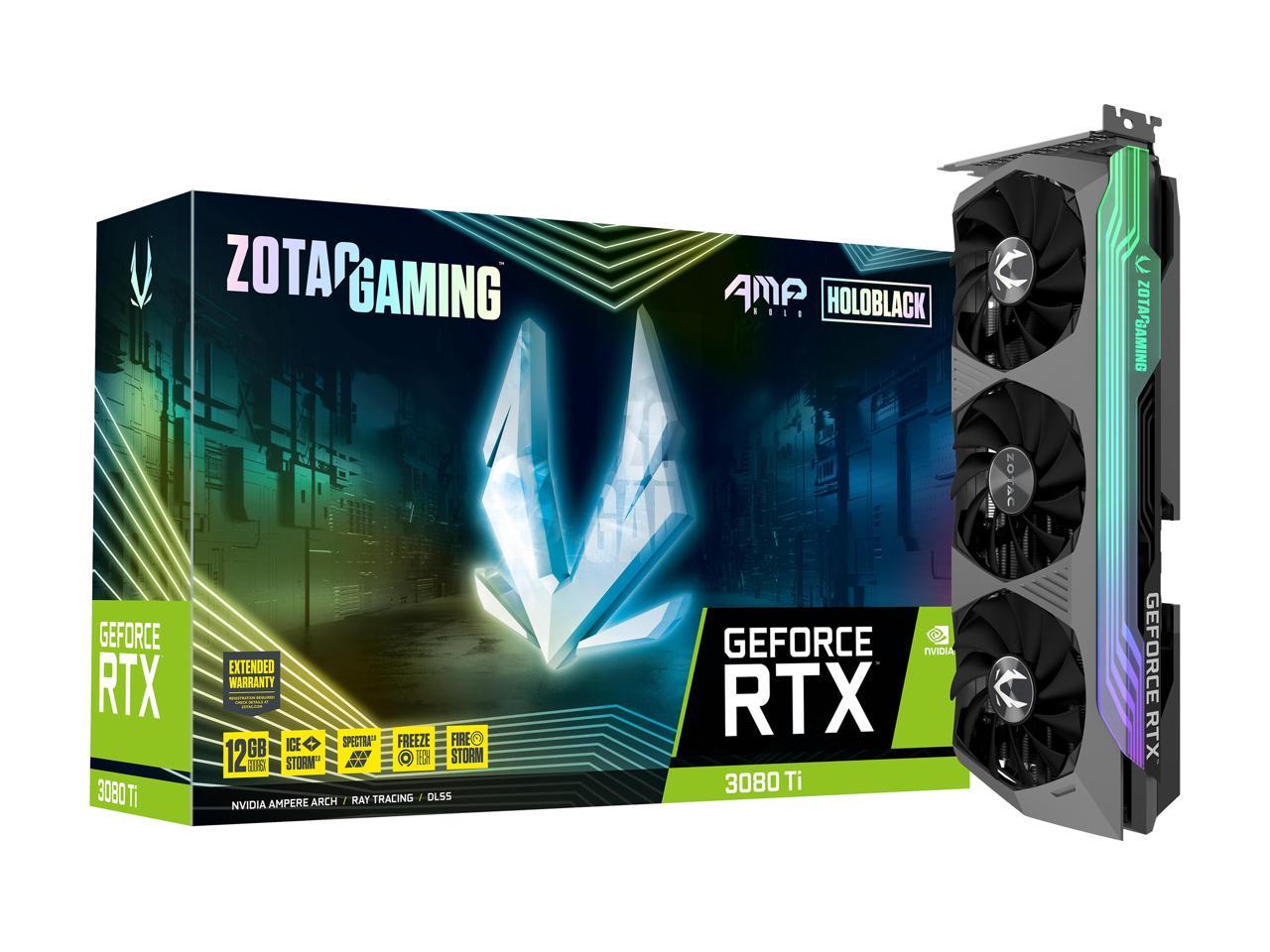 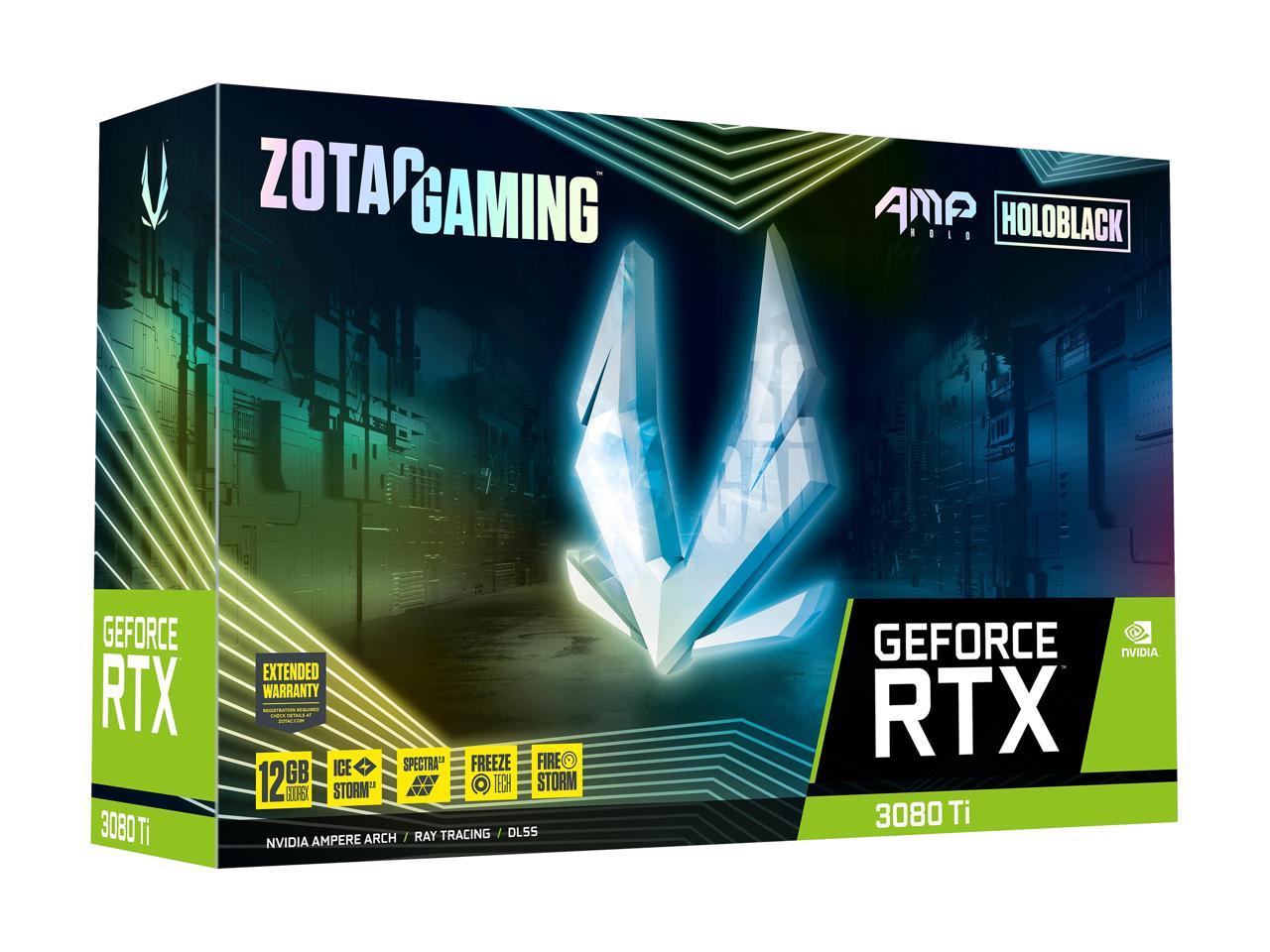 Pros: - Plays every game in my library with settings maxed out while connected to an Acer Predator X38 at 3840x1600 smoothly without missing a beat. - The card is visually appealing - much more so than the photos let on. I was pleasantly surprised when I took it out of the box. A lot of effort went into designing the AMP Holo series and everything about it says quality. -Published clock speeds are understated. Was very happy with the base speeds my monitoring software was showing with no tinkering on my part.

Cons: - Like other 3000 series GPUs, this one throws a lot of heat. I like big towers and this went into an existing build in a Corsair 750D with plenty of airflow. My cooling solution was well thought out for the rest of my hardware and the RTX 2070 Super Black this card replaced - and still was not prepared for this card. Upgraded fans resolved it. - I know it is cliche to say cost but seriously, what is up with the MSRP on this card? At $1799 it is priced where most manufacturers introduced their 3090s and hundreds more than other 3080 TIs with identical - or better - specs for clock speed and TDP. As stated above, it is a beautiful, very well built card, but there is nothing exceptional performance-wise about it that justifies the price tag in the field of 3080 TIs. - Check warranty terms before buying. Must register within 30 days of purchase for full warranty term coverage and it is not transferable.

Overall Review: Overall I am really impressed with this card. I have always been an EVGA fan for GPUs and tended to stick with their offerings, but Zotac seems to have really delivered with this one. I was apprehensive about spending the money on what I always considered to be a second-tier brand, but I'm happy I did and this experience has really changed my perception of Zotac as a company. I will absolutely be checking out more of their products in the future. I would definitely buy the card again.

Pros: It delivers what it promises and honestly beat my expectations when comparing it to my buddies 3090. Be sides GPU, PSU, (me 850 watt - him 1000 watt) and ram (me 32 GB corsair- him 32 g.skill) we have identical parts. The 3080ti is pushing number right below his and not as expensive as his.

Overall Review: The 3080ti delivers what's promised and isn't as long as othe GPU's out there. It fits perfect in my case and the reinforced pcie slots on my mobo keep it from sagging. Prior to building this and giving my 2070 super to my wife. I had to use a support bracket (came with the 2070 super) for the sag and it is in the same mobo (dark hero crosshair VIII)

Pros: Worked great! No problems with drivers or installation. Overclocks great too!

Cons: Very pricey, but they are all overpriced right now. Got it at MSRP on the shuffle. Least half the money didn't go to a scalper.

Overall Review: In games it overclocks it's self to 2010mhz on the GPU Not the stock (1710) Temps never exceeded 71° The Firestorm software is a little buggy. It crashes out of the software sometime while using it. I've have the 3080ti for a week now and it performs in line with the youtube benchmarks even with my 9900k. I can't hear the fans till the speed reaches 80%... The fans usually run at 60 to 70% in games.

Overall Review: Excellent card. Runs everything I play (Apex Legends, Battlefield 1, DOOM Eternal, XCOM 2, The Witcher 3, Overwatch, etc.) at 3440x1440p with maxed-out settings at 120fps. Runs a little hot, (75°C max load, and the fans can get a bit rowdy) but I don't think that's out of the ordinary given that I've stuffed it into a tiny Cooler Master Masterbox NR400 Micro ATX case. In any case, I don't notice or care since I play with headphones on.

Cons: It gets really hot

Overall Review: The card is really expensive but worth it.

Cons: yes it expensive but i rather pay retail price. instead to Scalping and I still save money.

Pros: I'm a VR User and I wanted the extra bit of Vram over the 3080 standard. It does the job it was meant to do, and I didn't pay a scalper for it because I got it via the New Egg Shuffle. This is the first Nvidia card I've had in a long time. It's nice to be able to turn on PhysX features that were greyed out in some of the games I've had for a while. Not a huge difference, but it's neat. So far the drivers are solid, and currently Nvidia does VR better, which is why I switched. RTX is very cool. I have several games that support it and it does make a huge difference in visuals. DLSS will be very useful in the future, but this GPU is so powerful currently there isn't much need for it in anything that I play that supports. The biggest exception to that is No Man's Sky VR. I get solid frames on settings I could barely run without it even with this card.

Cons: The card is kinda big, it's a triple height card. You need a big case for this card. I expected this, but it's worth knowing about if you're looking to get one. It is also long and is a full length triple fan card. The cooling on the card is fine but it needs a good case for cooling. Don't buy one of these and then seal it up in a "silent" case with no fans or vents. This card needs to breathe comfortably.

Overall Review: Kind of expensive from a performance to value perspective to be honest. However, it was what I needed for my particular use case and I'll probably be using it for a while. The 3080's 10 GB was a bit lower than I wanted from VRam, but the 12GB in this card is adequate. DLSS is neat, but not supported by very much at the moment, and RTX is also kind of a novelty right now. They are very cool novelties though and will likely see a lot of support going forward, especially since the newer game consoles support both. Honestly, as cool as RTX looks, DLSS is a bigger deal, especially if you're a VR user. The performance gains will make more impressive visuals in VR a lot easier to do, but RTX is still a bit hardware expensive for most VR. If this fits your use case and is within your price range, this isn't a bad card at all. I have nothing to complain about outside of it being a little pricey, and I really can't justify docking the rating over that given the current GPU situation and the fact that I got it for MSRP instead of scalper prices because of the Shuffle.

Pros: First thing you'll notice is it's beautiful. The design is a little industrial and very solid, and the RGB implementation is actually fantastic. Secondly, of course, it's a beast. But, it's a 3080 ti, which is to be expected. I can play just about everything maxed out at 3440x1440, aside from fully Ray traced titles, which just require enabling DLSS if I want to hit 120 fps. Good stuff.

Cons: On the other hand, this card gets loud by default, and the fans make an extremely annoying pitch when getting over about 70C. A good fan curve can solve this - it never overheats at 66% fan speed or so, but that brings me to: Awful software. The Zotac control software is awful; some of the worst I've tried using for fan control. Using Afterburner or something else is an absolute must ( particularly because the fans get loud and annoying at stock ), but you'll need Zotac's software to control the RGB.

Overall Review: A great card if you can get your hands on it, but falls short of perfection.