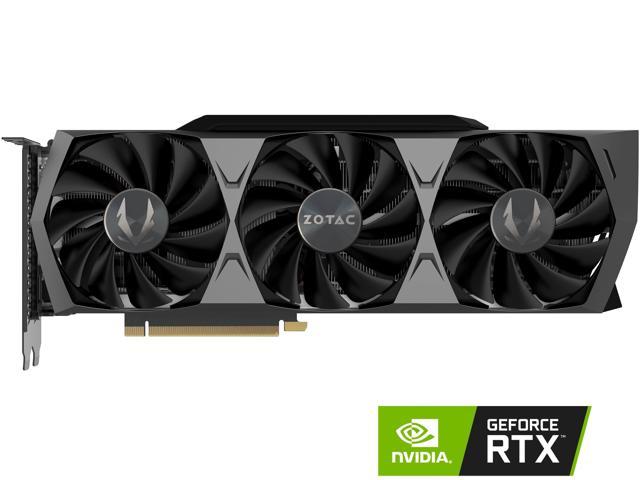 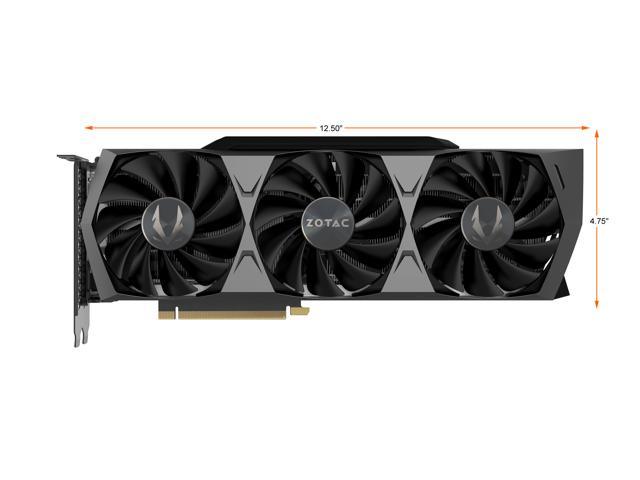 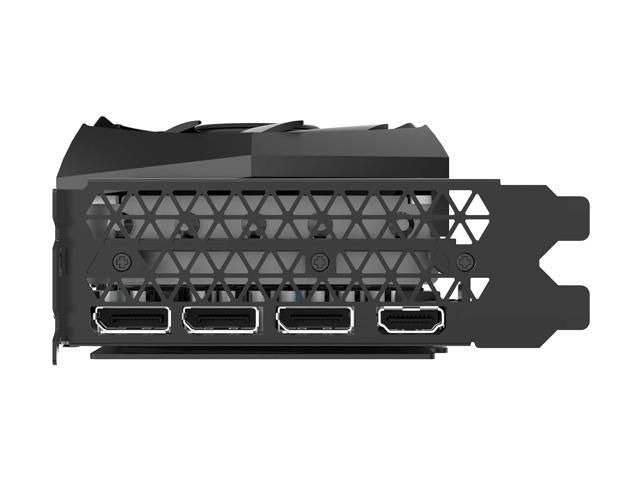 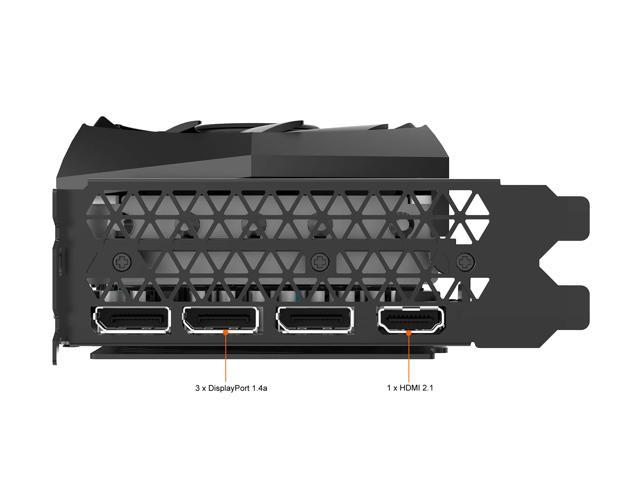 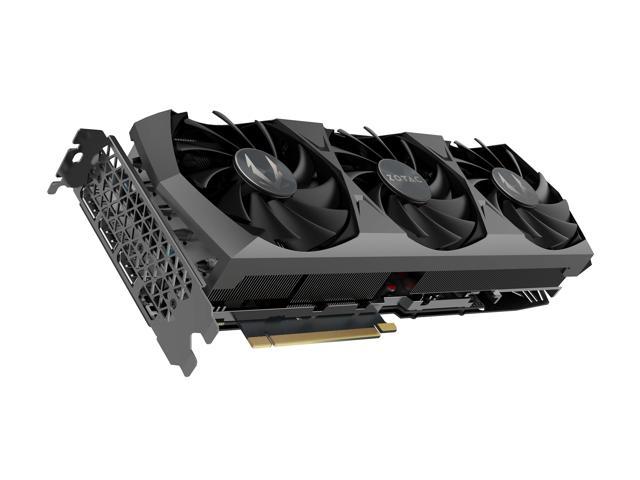 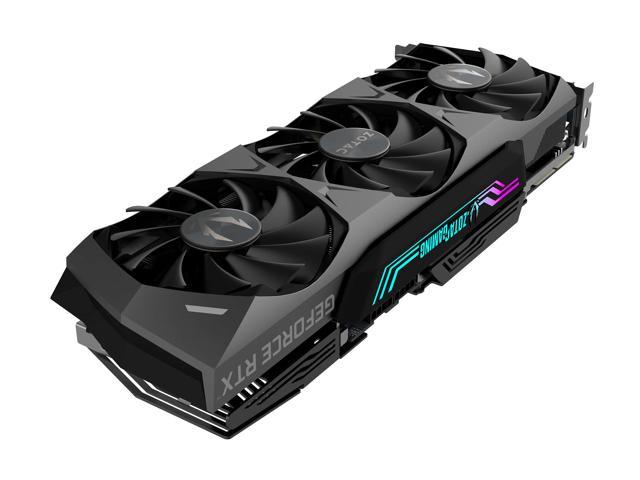 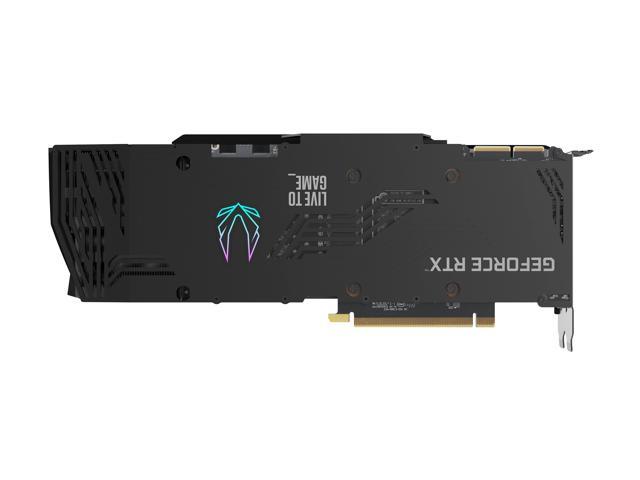 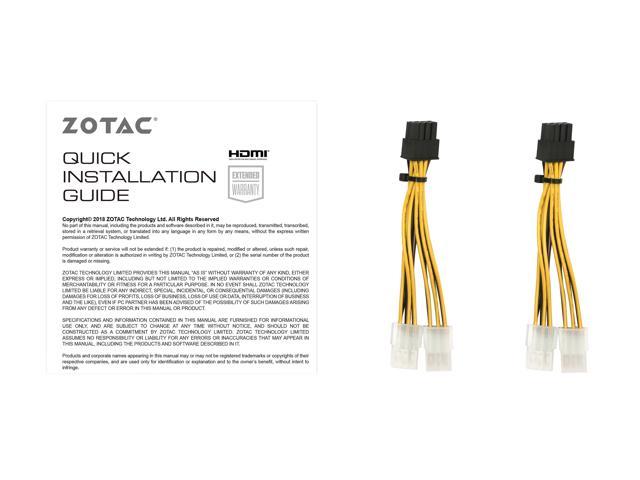 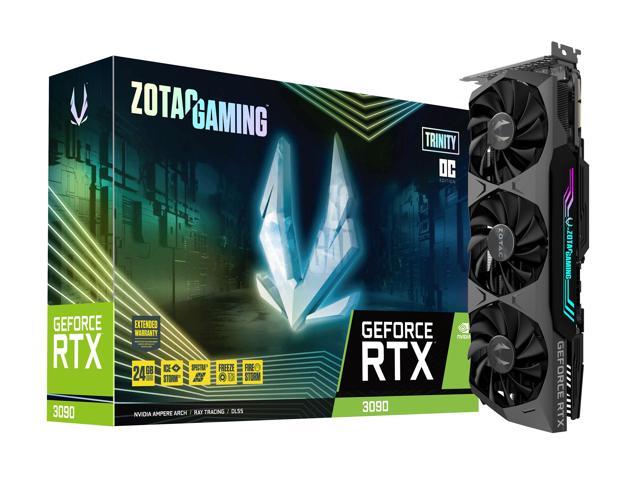 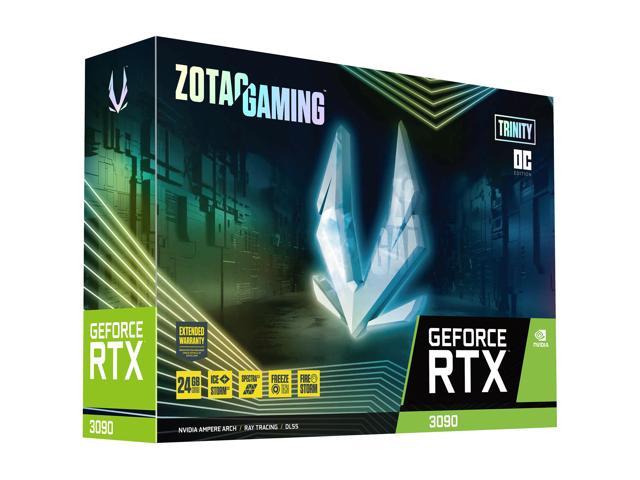 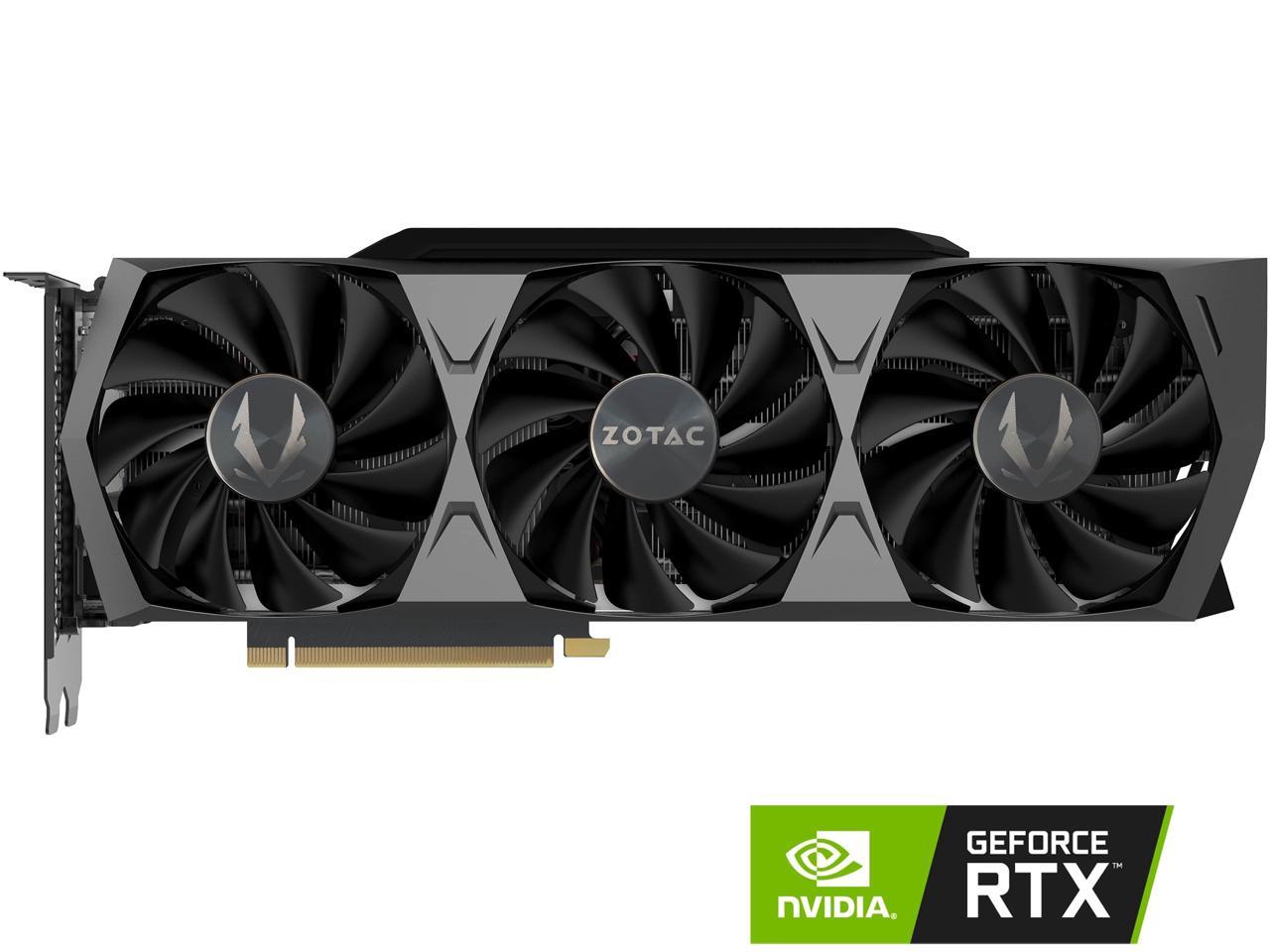 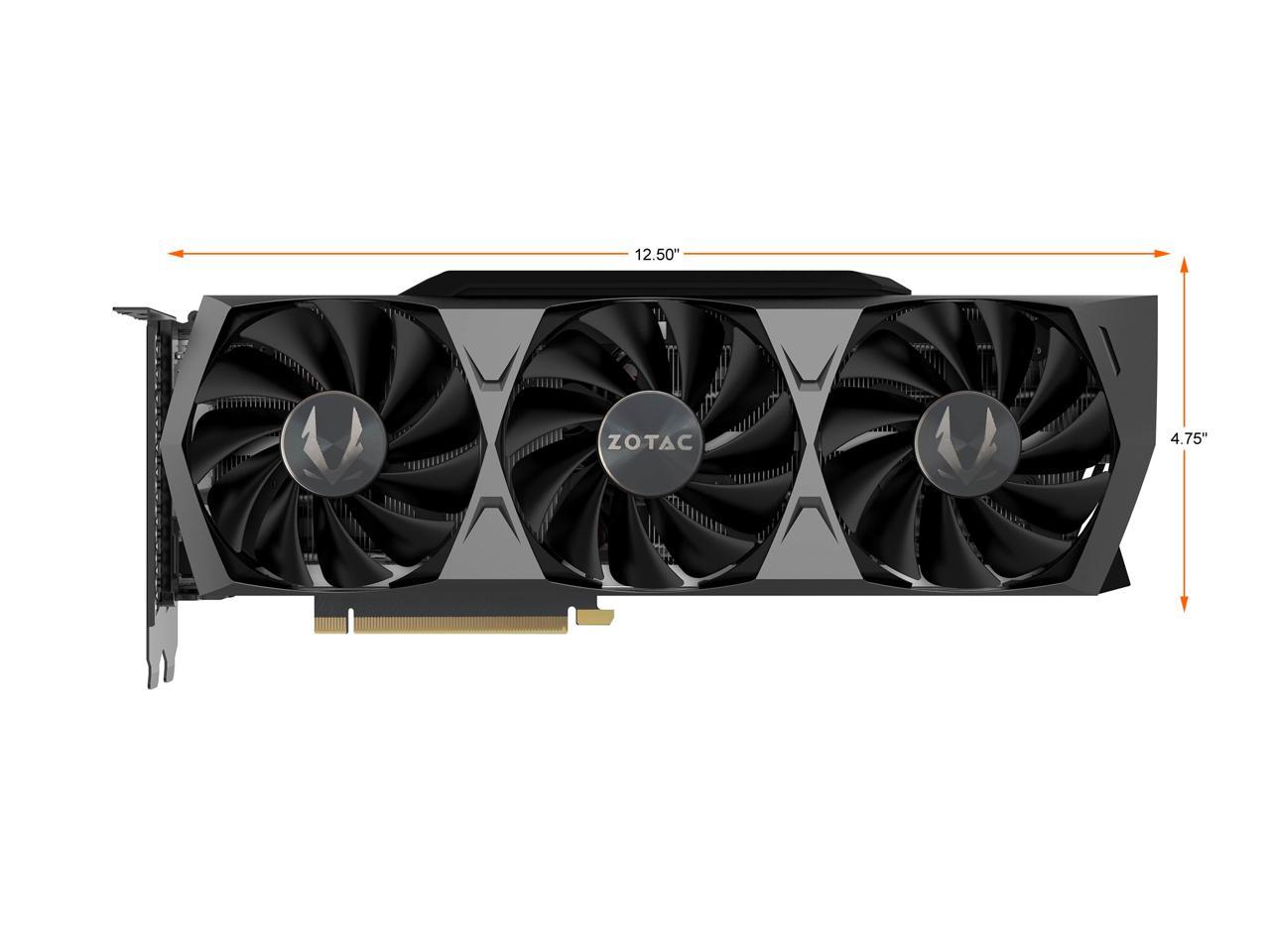 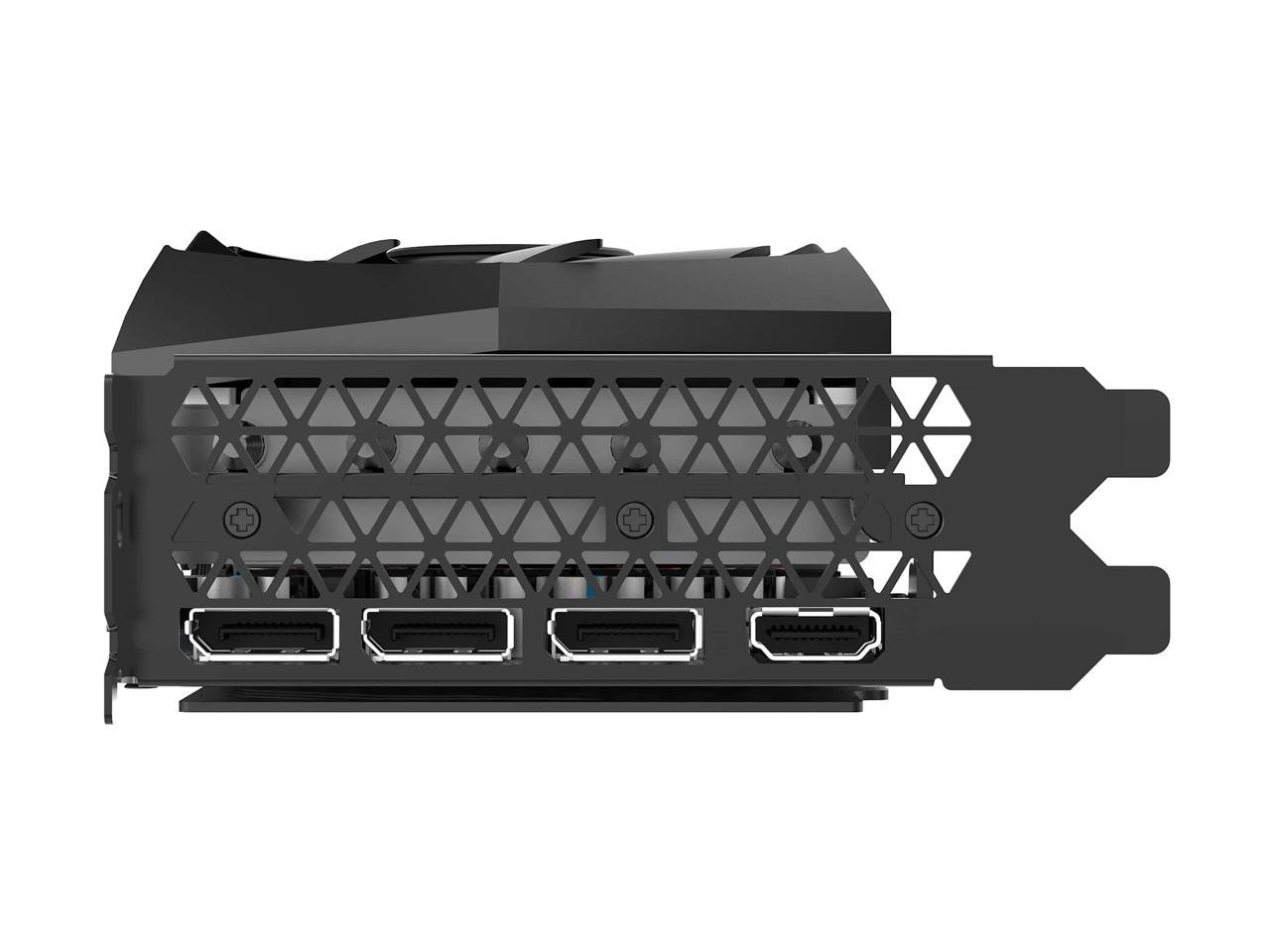 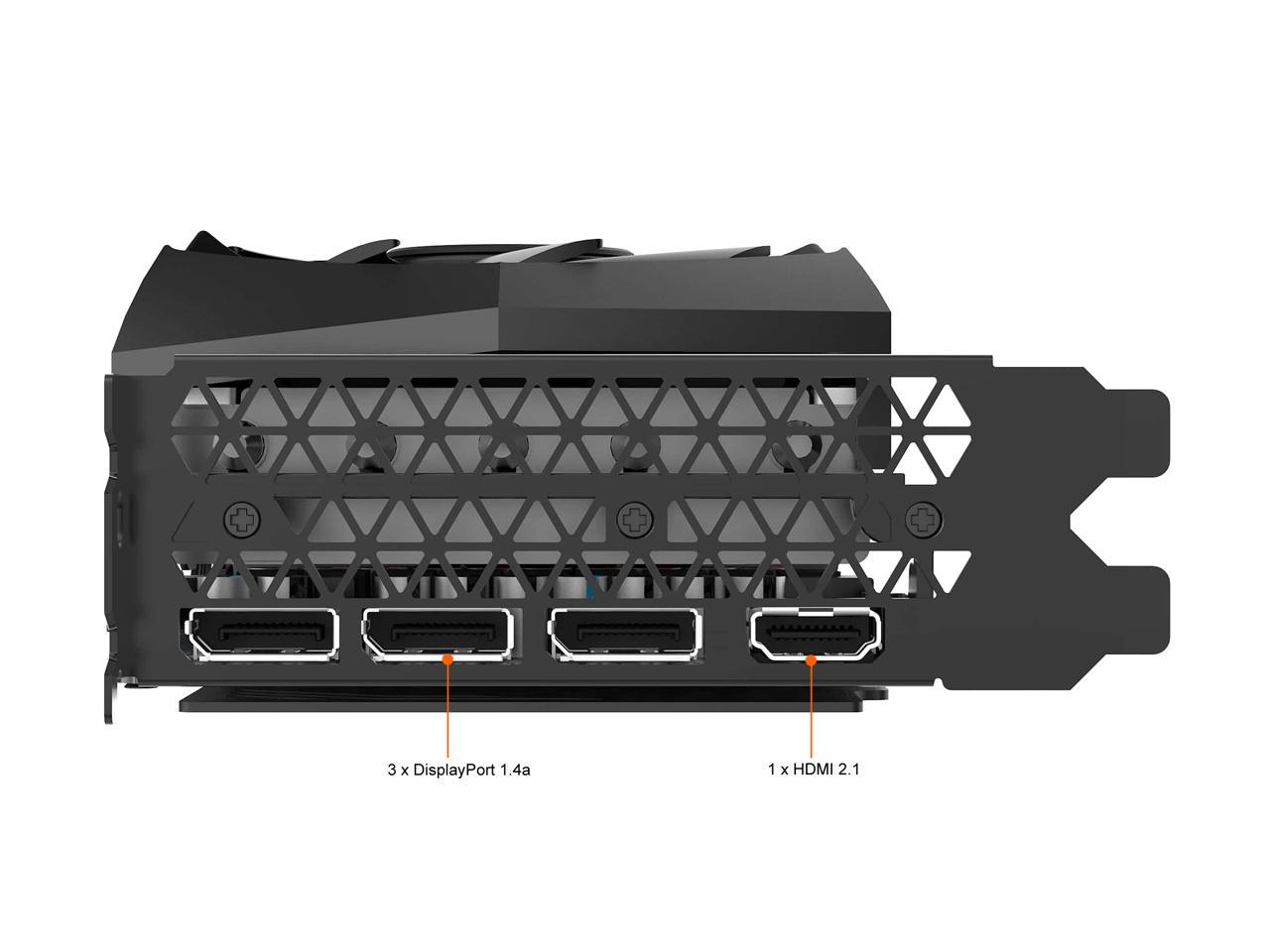 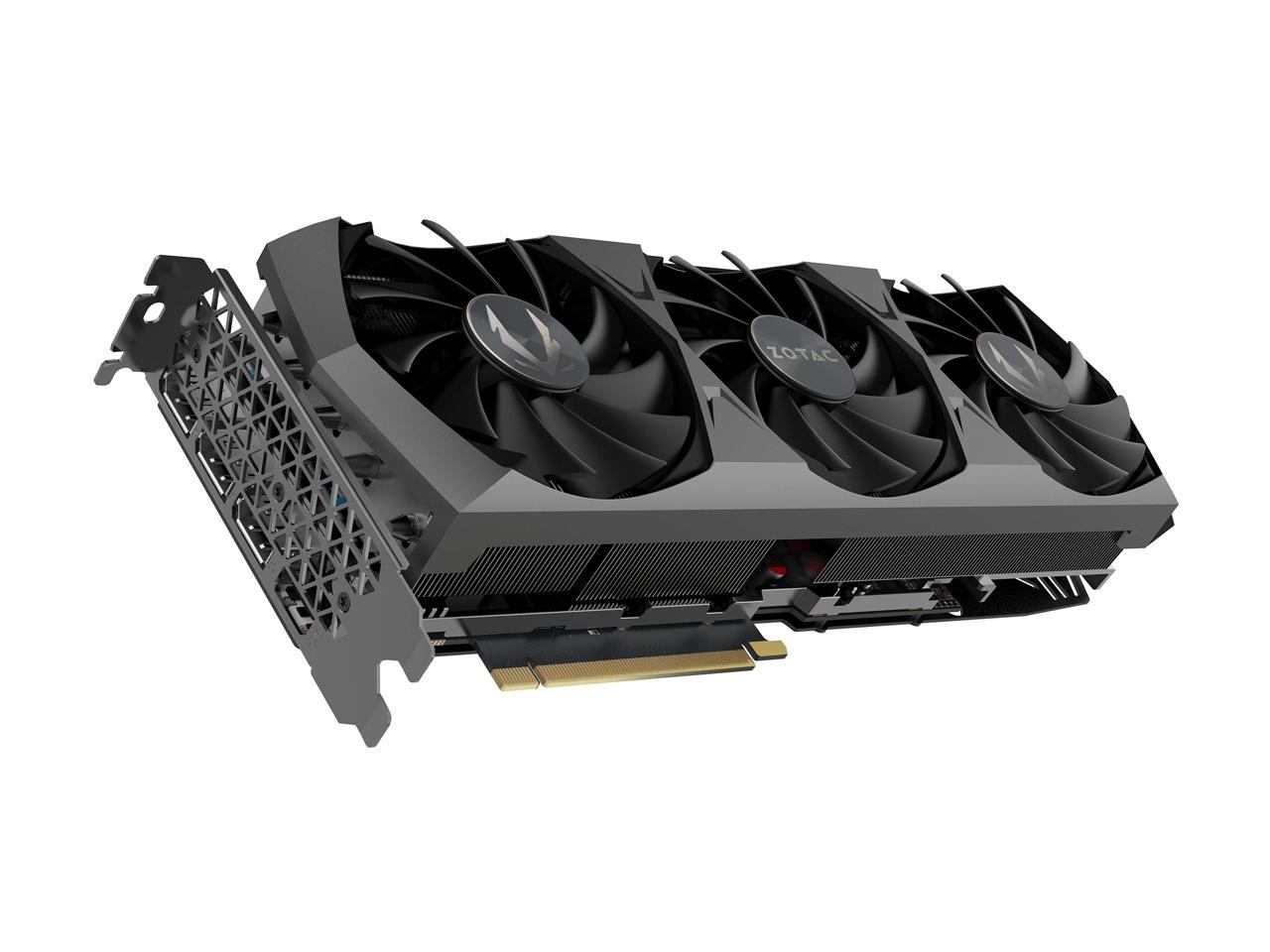 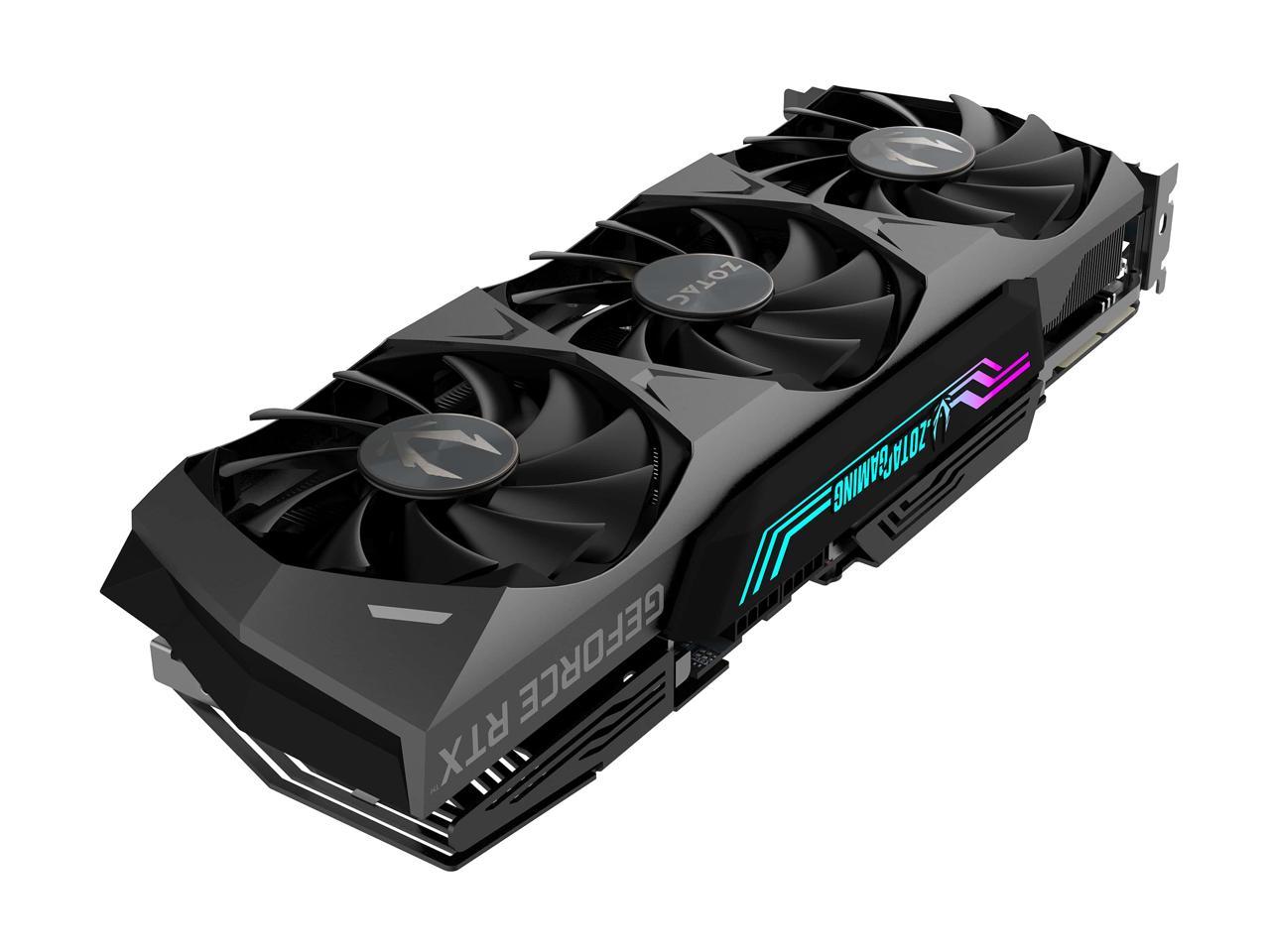 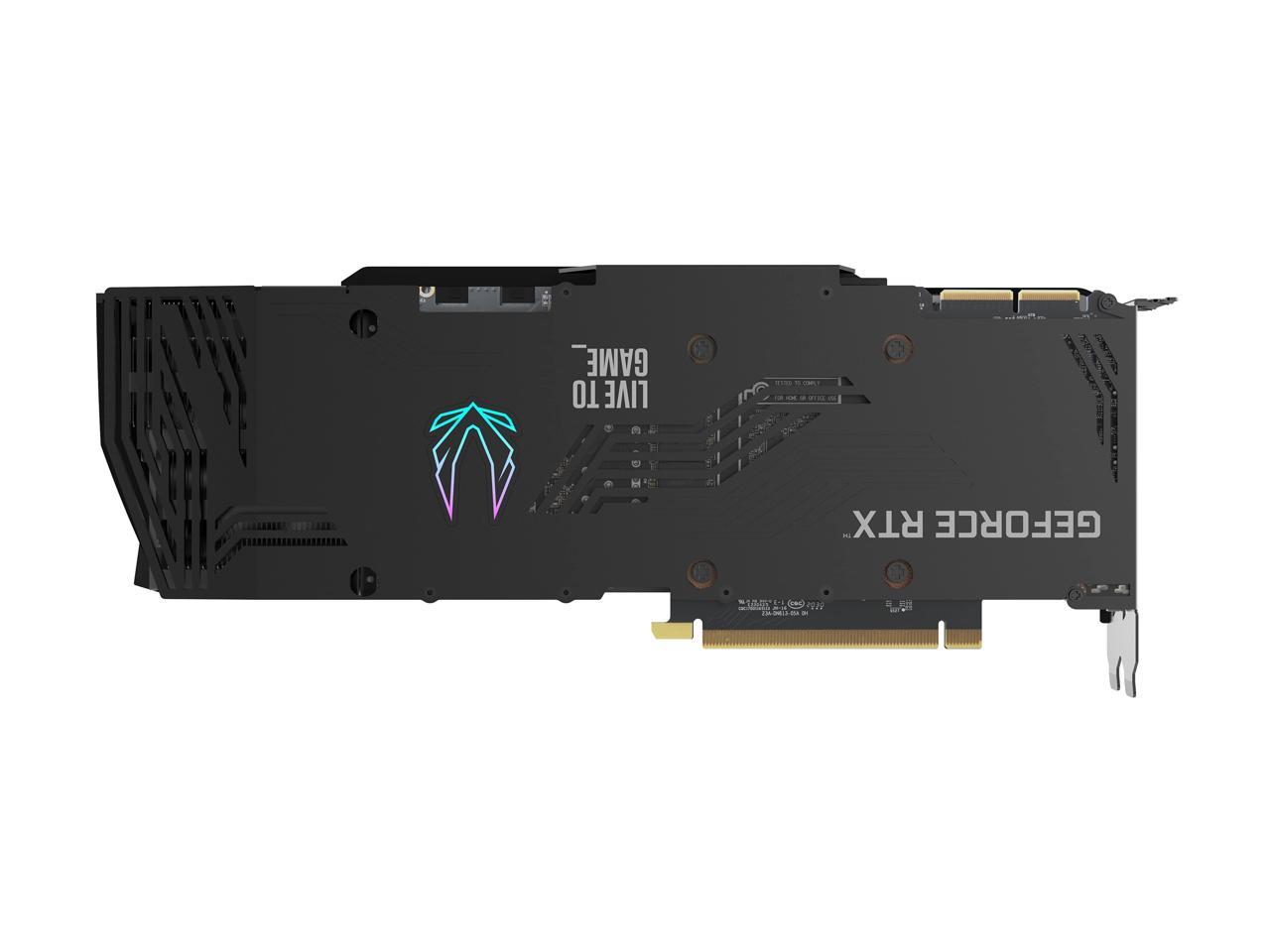 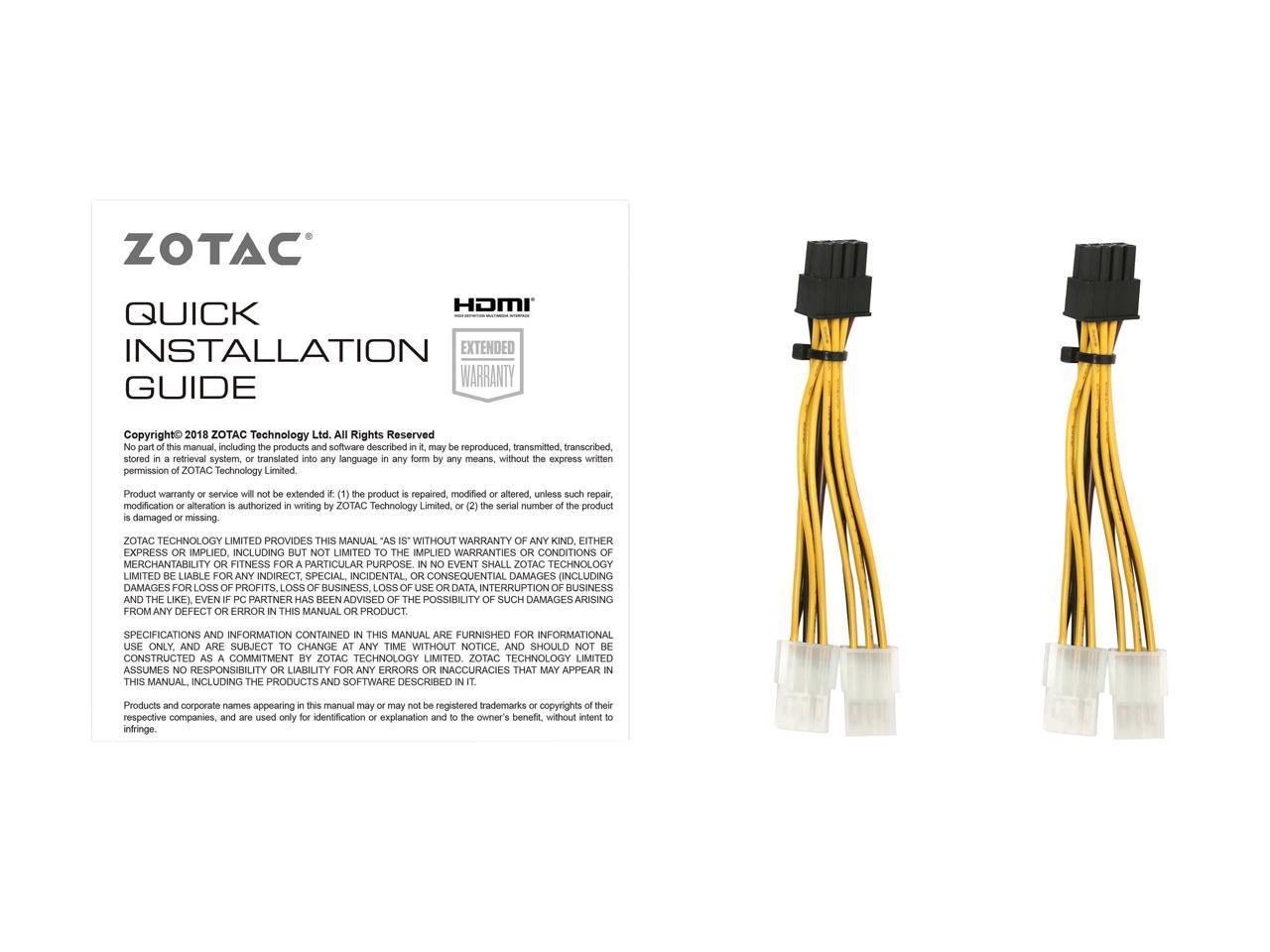 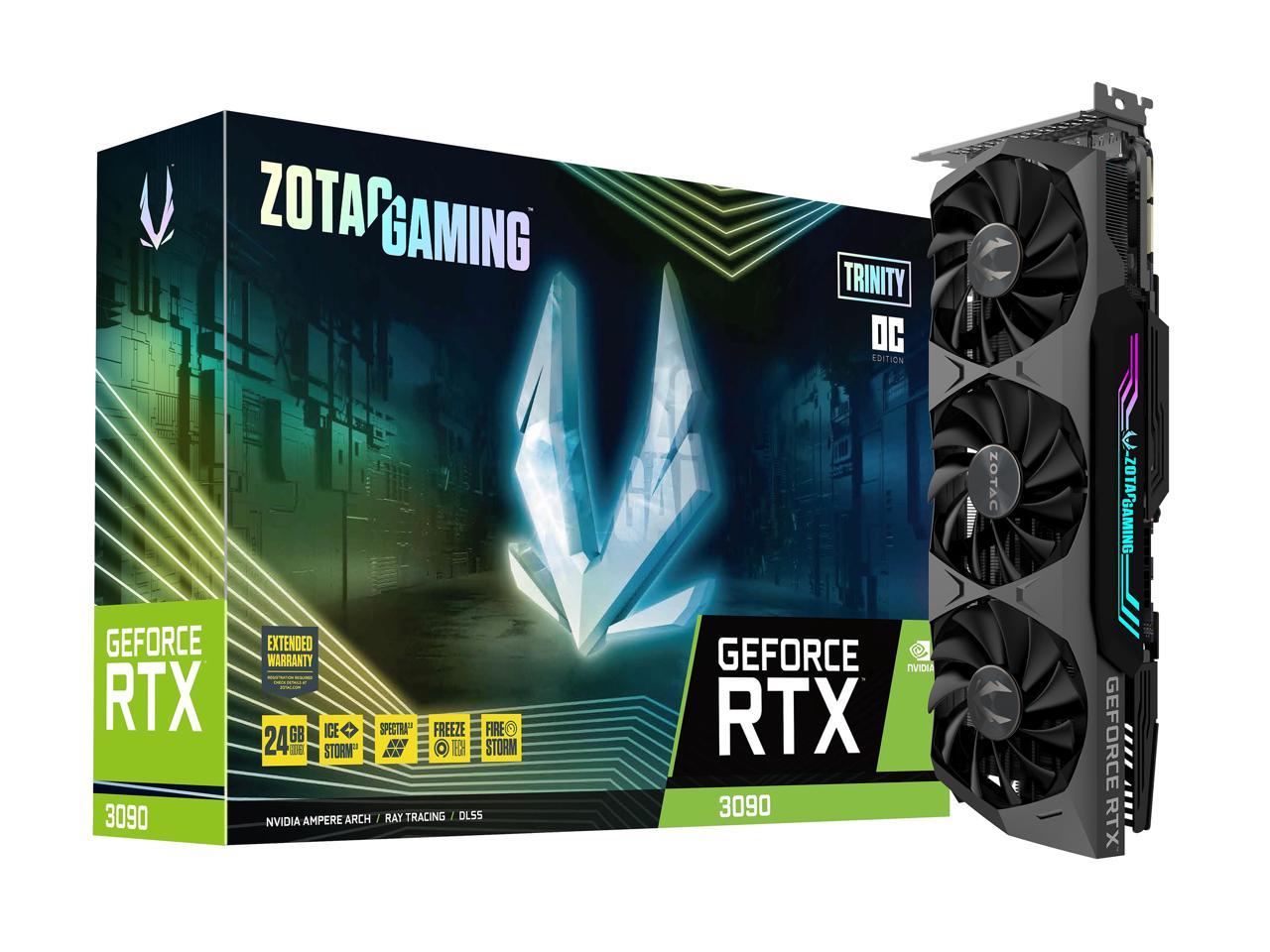 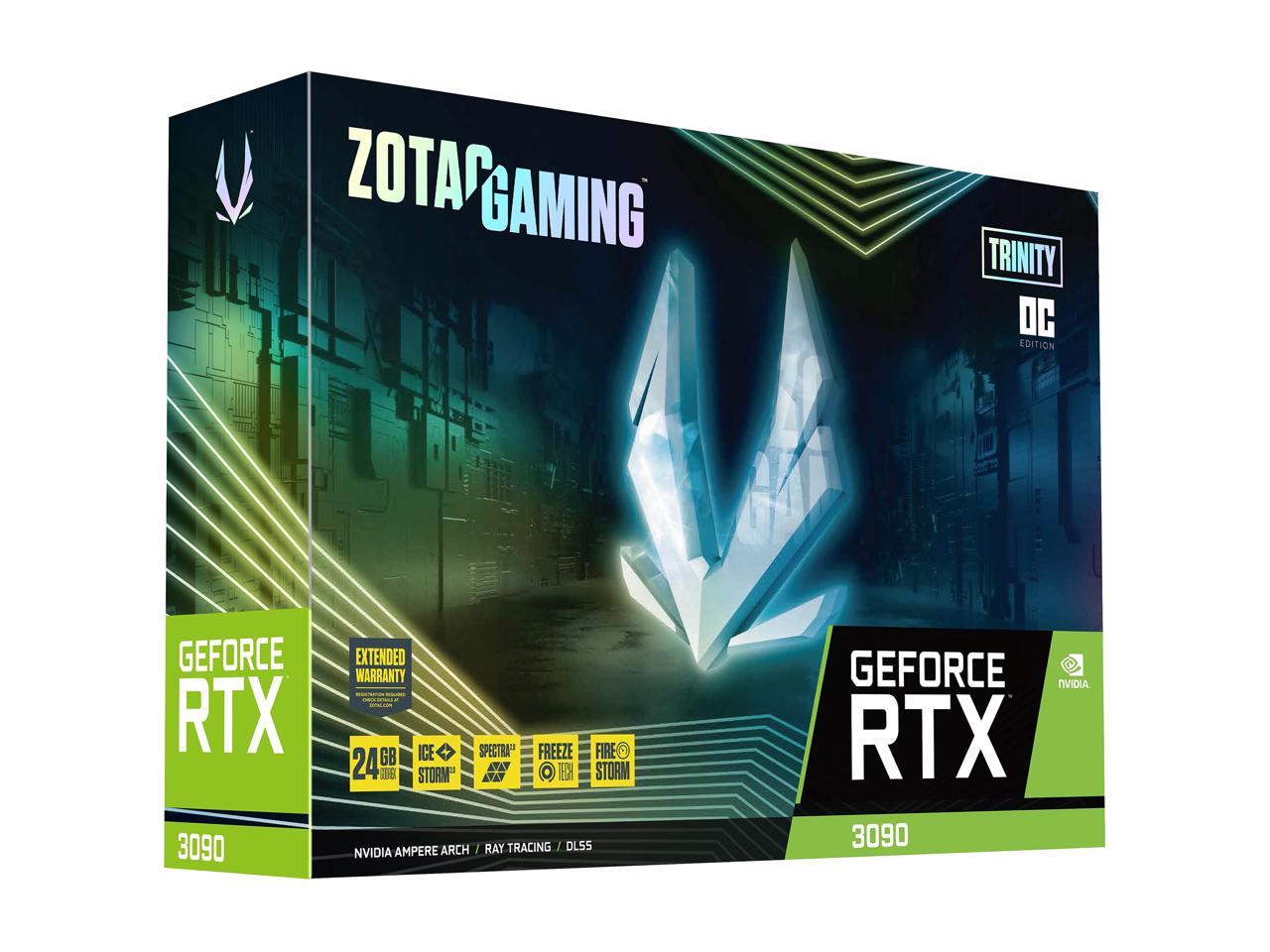 Pros: Performs to the specs. The hot exhaust seems to be directed to towards the bracket end, and upward, and possibly towards the bottom on the other end of the card due to the way the fans spin and the openings in their shrouds. Cool intake seems to be through the perforated bracket. For anyone that wants to work out their airflow inside the case.

Cons: Nothing major. You do need to use the new Zotac RGB management app, called FIRESTORM. Like another reviewer, the memory runs hot. I was able to lower the memory clock from 9.1Ghz to 9.0Ghz and that lowered the temps down to 96C. There doesn't seem to be much airflow around the memory cooling fins on the top of the card as they're quite hot to the touch, while the other parts of the schroud and backplate remain much cooler. Lastly, the fans at 100% are loud. Like a jet engine in your case. So tune your fans (with the FIRESTORM utility, which also controls the RGB lighting).

Overall Review: Would recommend. Haven't really taxed it as I don't have a 4K monitor and not heavy into gaming - using it mainly for rendering/transcoding with the gaming as the bonus feature. The 4-egg rating was mainly due to what I think are excessively hot memory temps under load. That has to shorten the life of the card.

Overall Review: You guys are doing a great job. I'm happy with my purchase.

Pros: In less than one day I ran a hot SANDRA Multipurpose GPGPU Benchmark. Knowing I about double the Tesla cores I thought that many performance tests would double, however, around 1/2 of the ryx 3090 test were double the rtx3070 scores. RTX 3090 scored higher in all GPGPU categories, a few were significantly higher. Well, you could SLI X2 rtx 3070 cards, you say, so, let me know. SANDRA is online to check that my GPGPU score is #68, and that is out of the box. Hardware job Zotac is on a Asus level as I changed from a TUF Gaming version

Overall Review: The 3090 Ampere is cool in this Zotac Ice Storm she'll with the tubes and find and fans arrangement. No need for that factor to stop your purchase unless your ambient temperature is over 80°F.