Purchases from these Sellers are generally covered under our Newegg Marketplace Guarantee.
735 Ratings (82% Positive)
Sold and shipped by: Newseed
Ships from Canada.
735 Ratings (82% Positive)
On-Time
Delivery
79.32%
Product
Accuracy
92.61%
Customer Service
Satisfactory
87.96%
View All Seller's Reviews
This item is currently out of stock and it may or may not be restocked.
Out of Stock
Add To Wish List 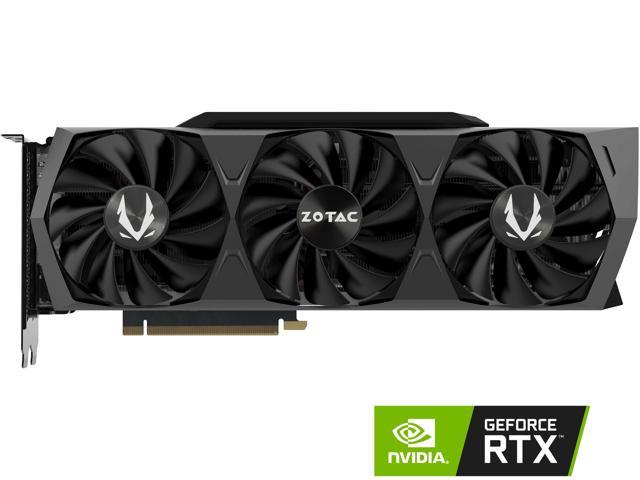 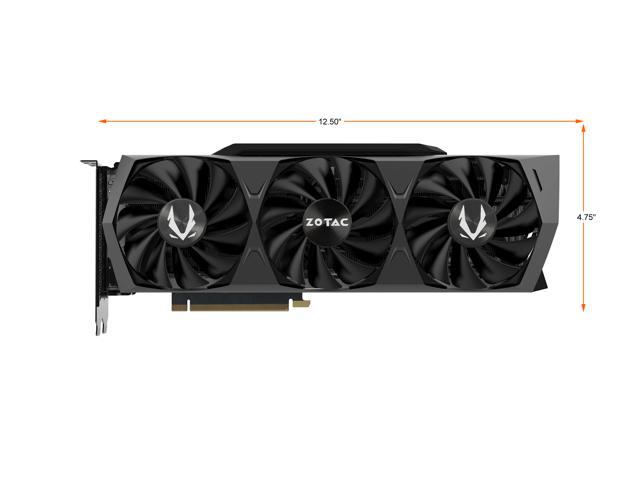 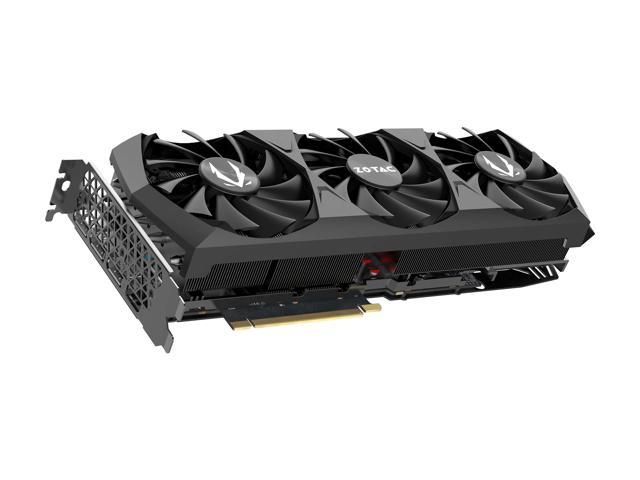 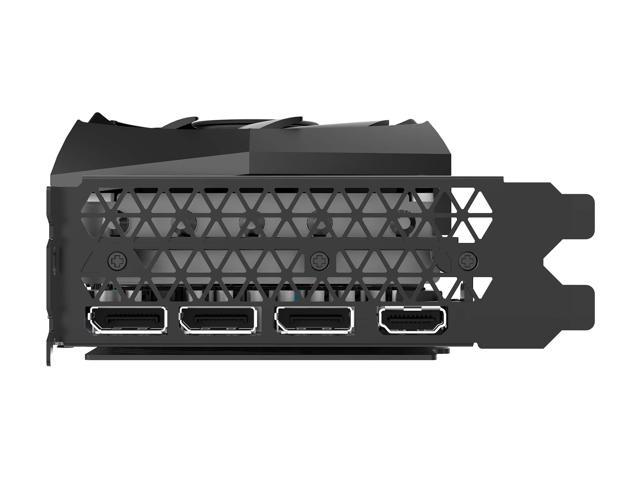 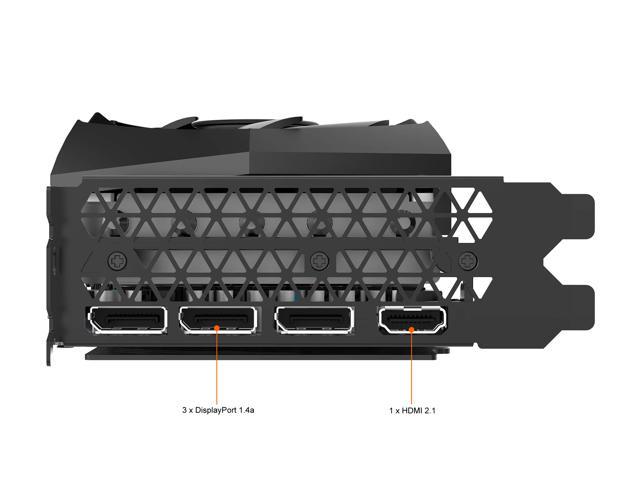 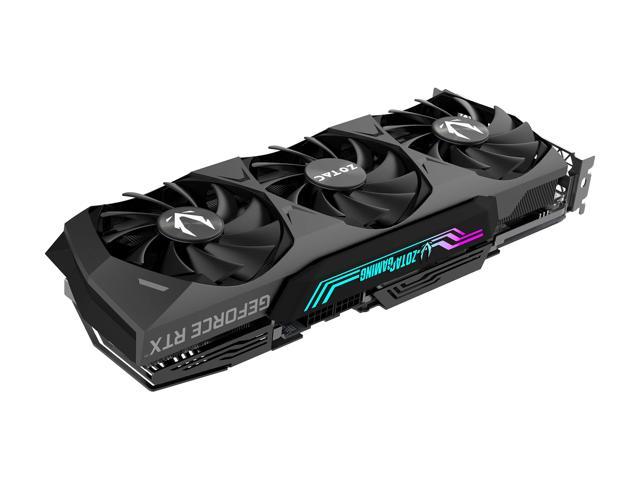 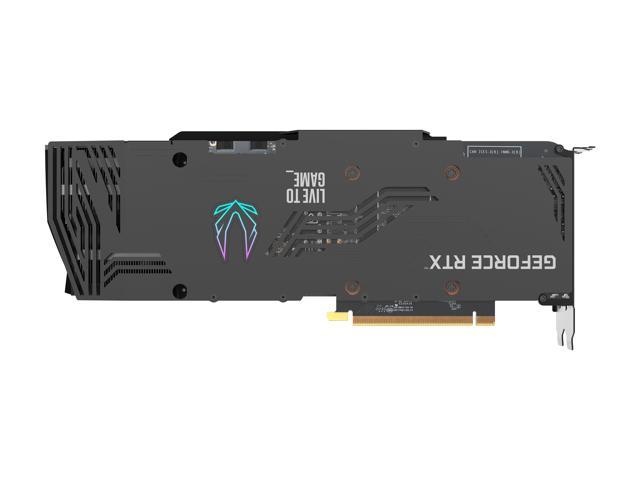 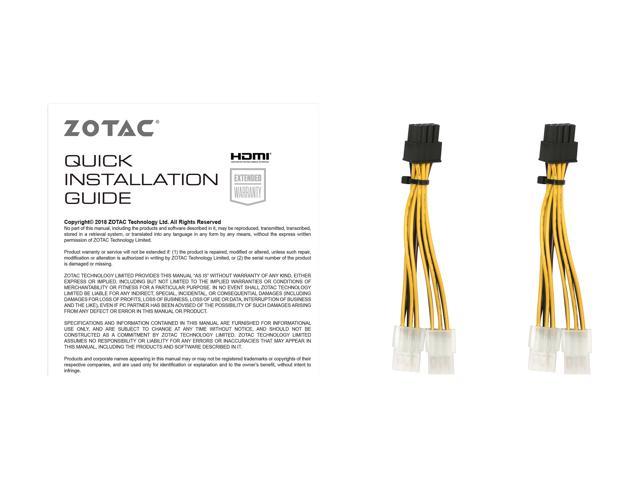 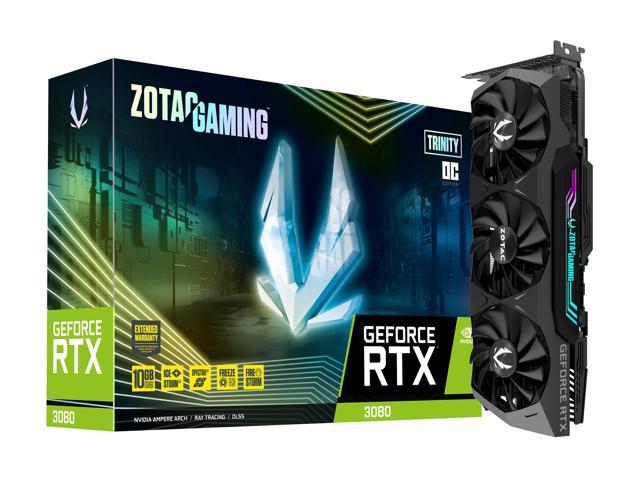 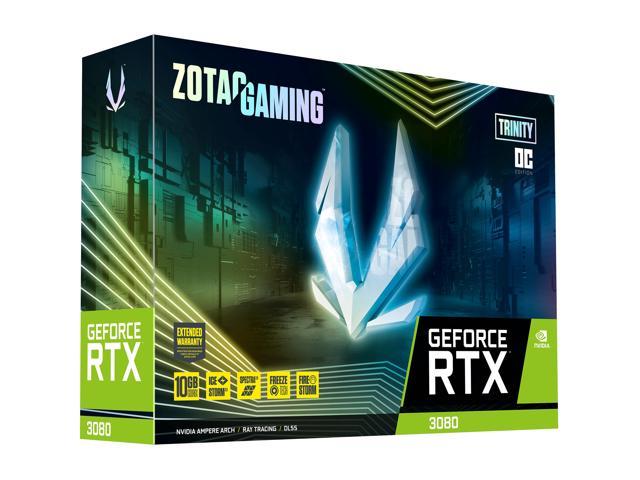 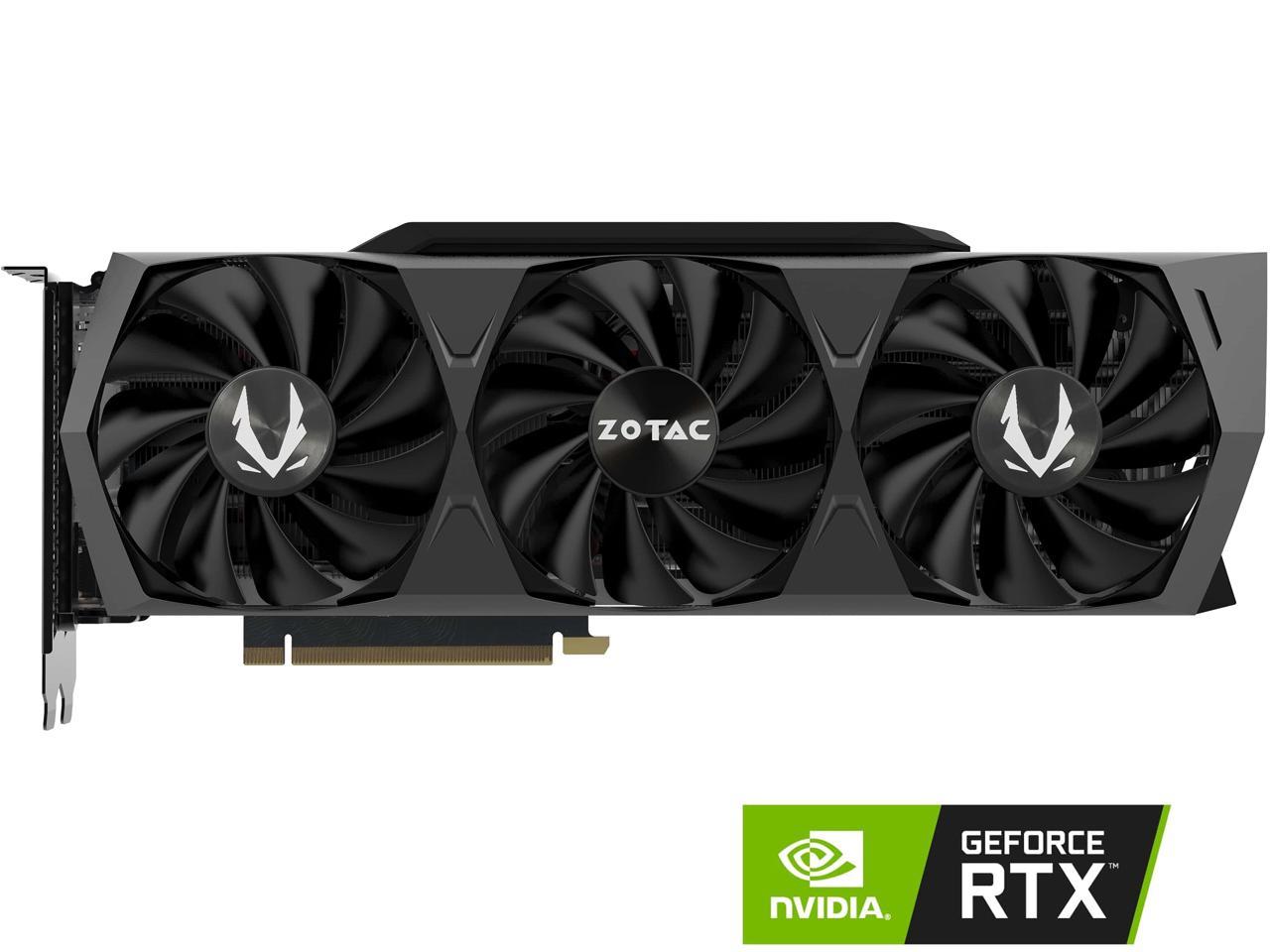 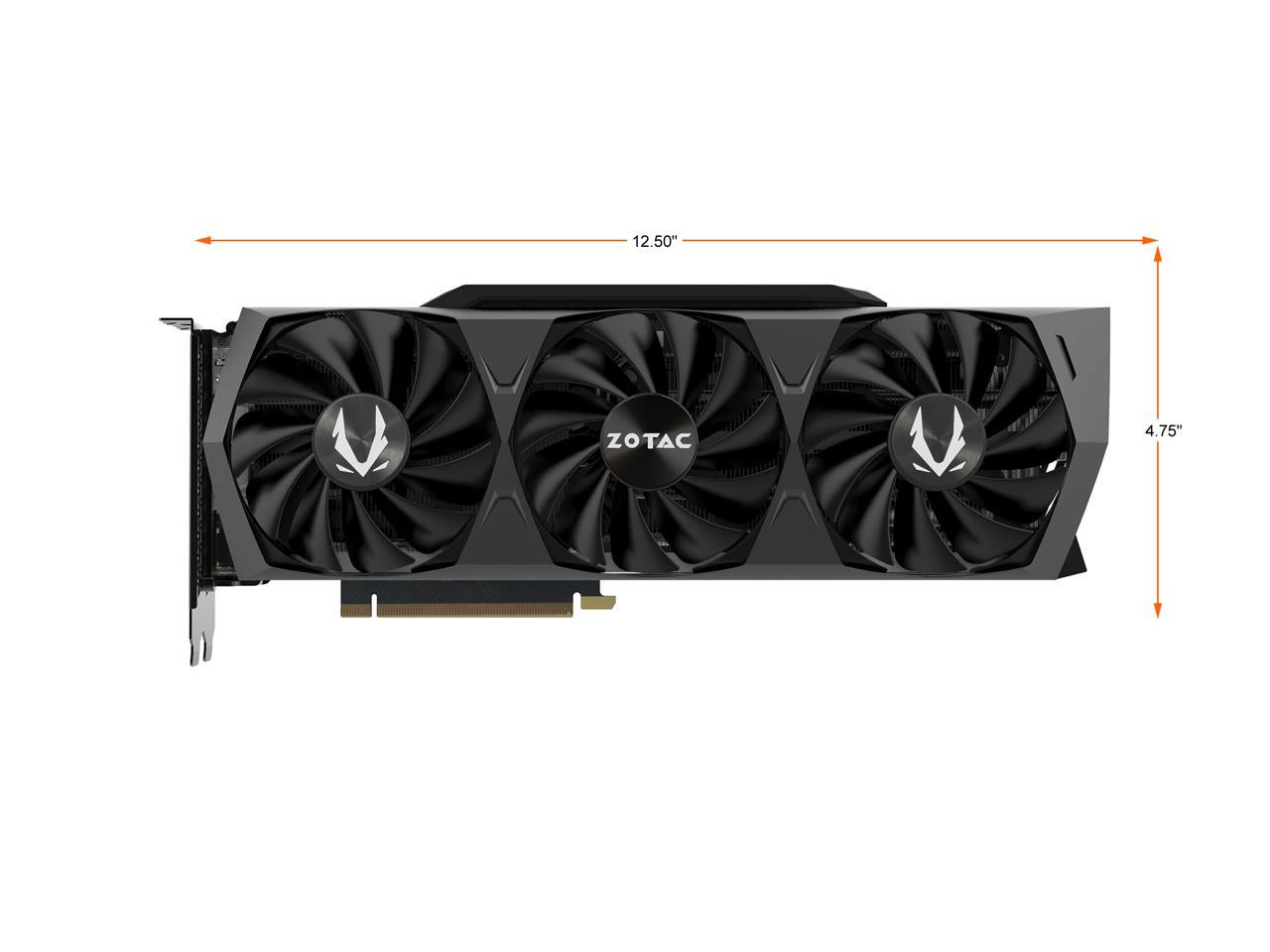 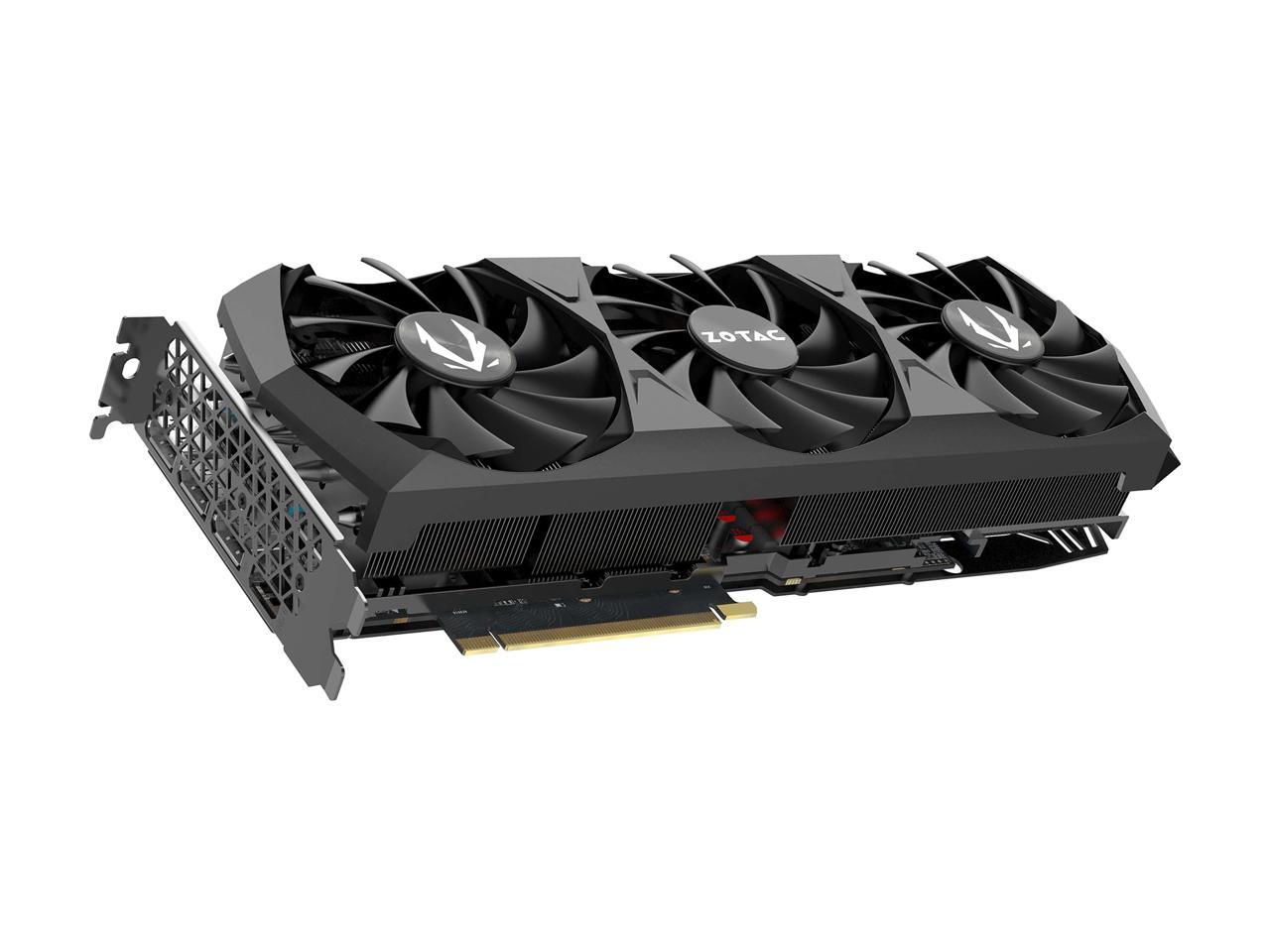 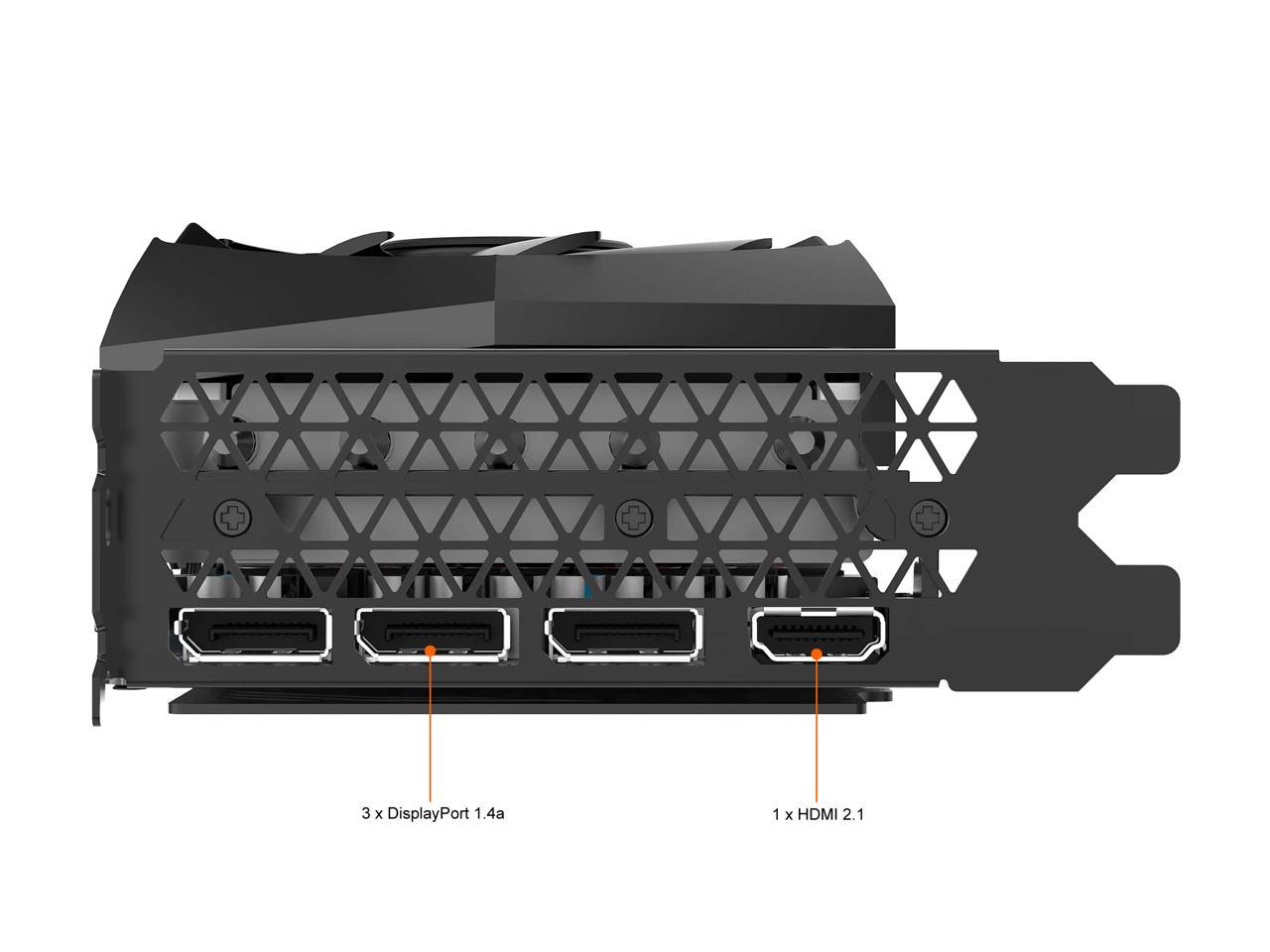 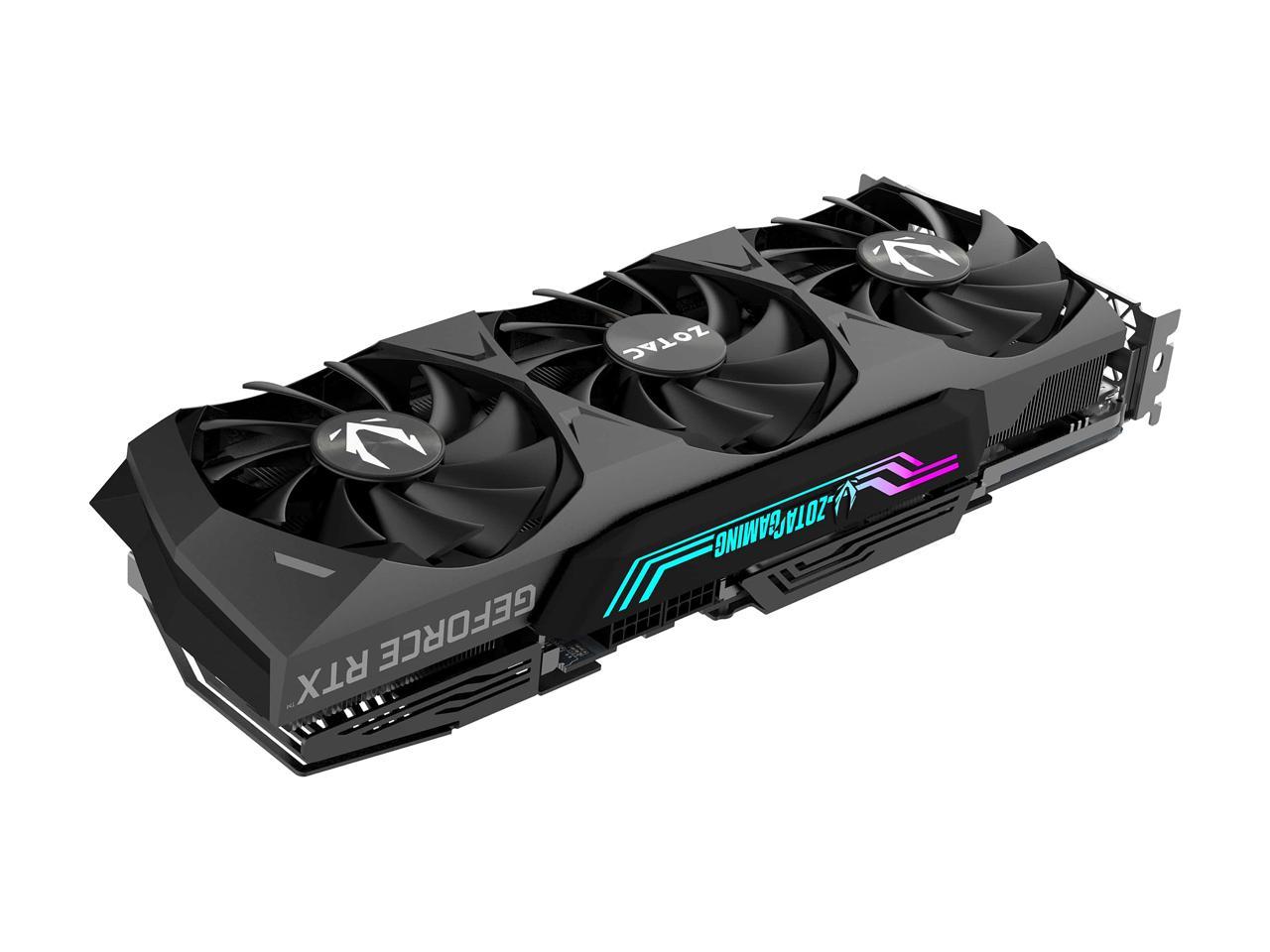 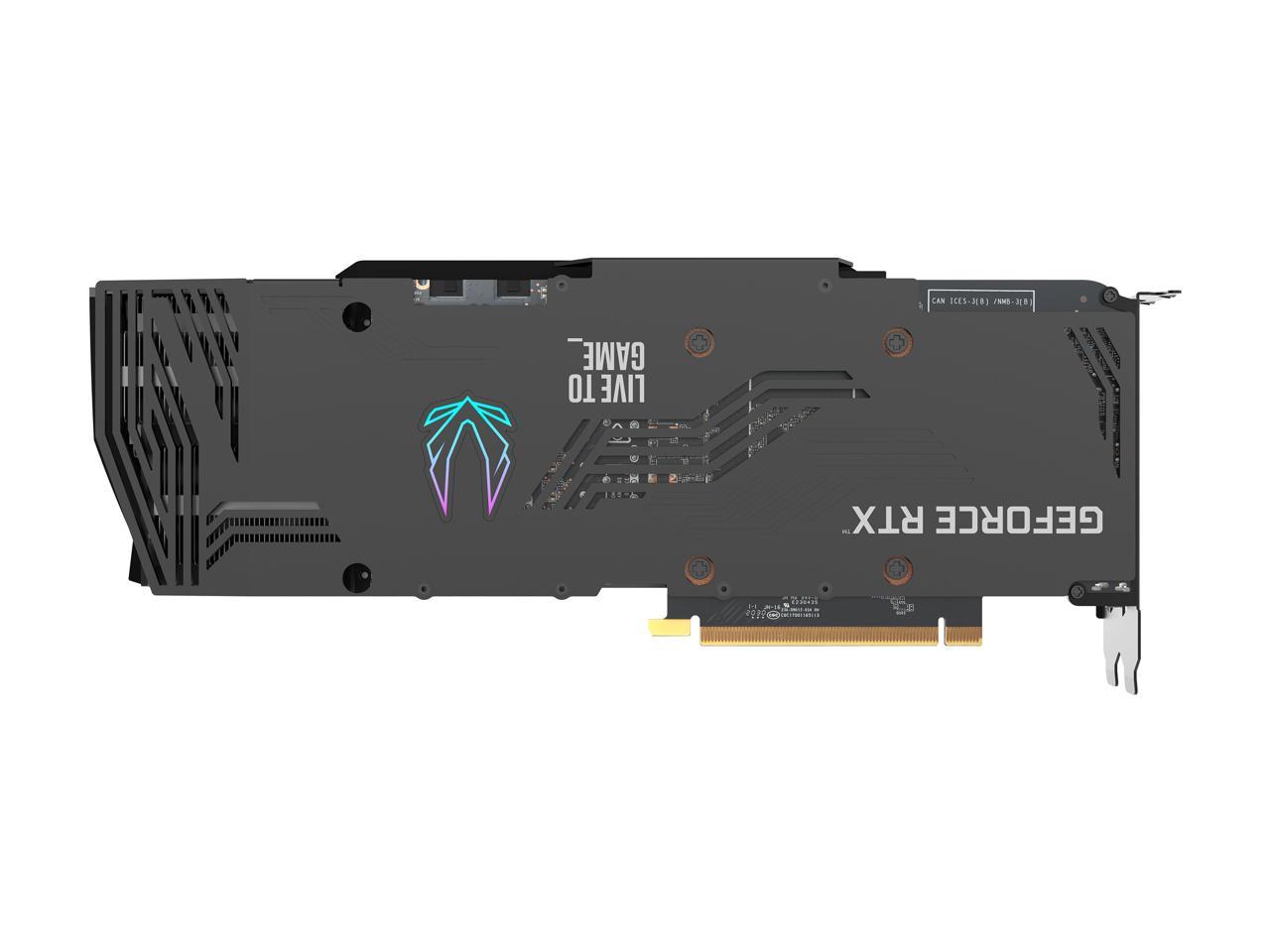 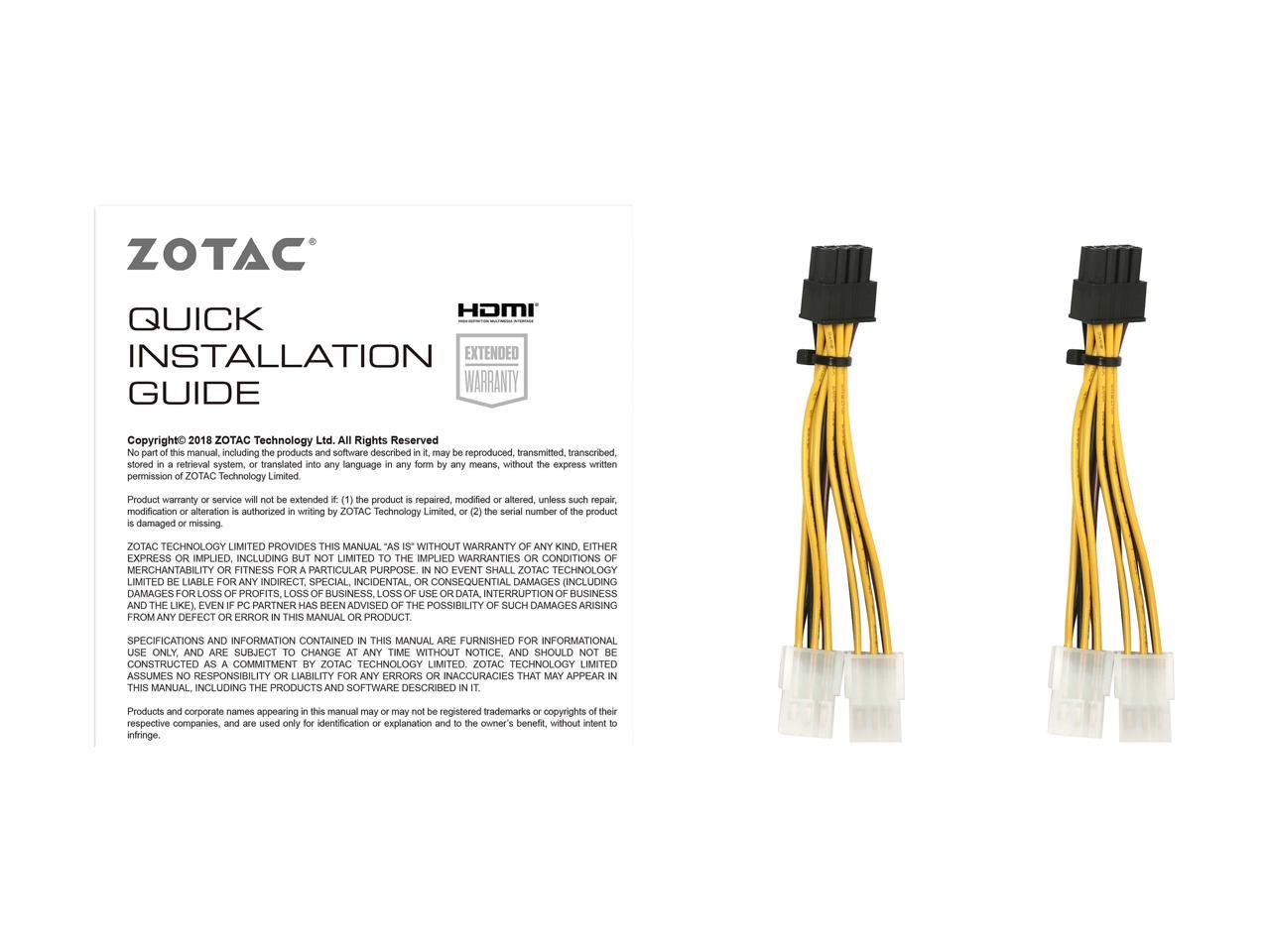 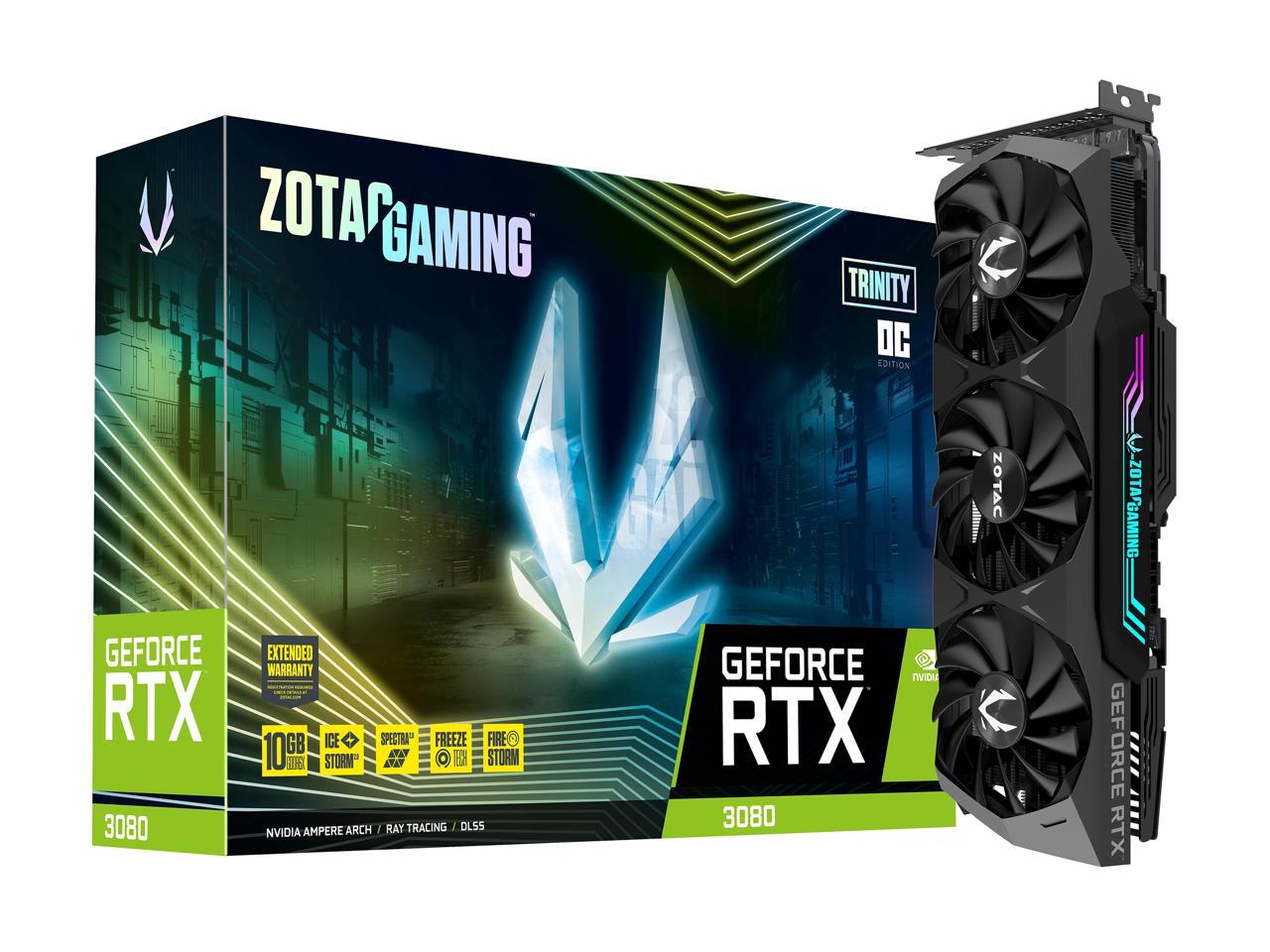 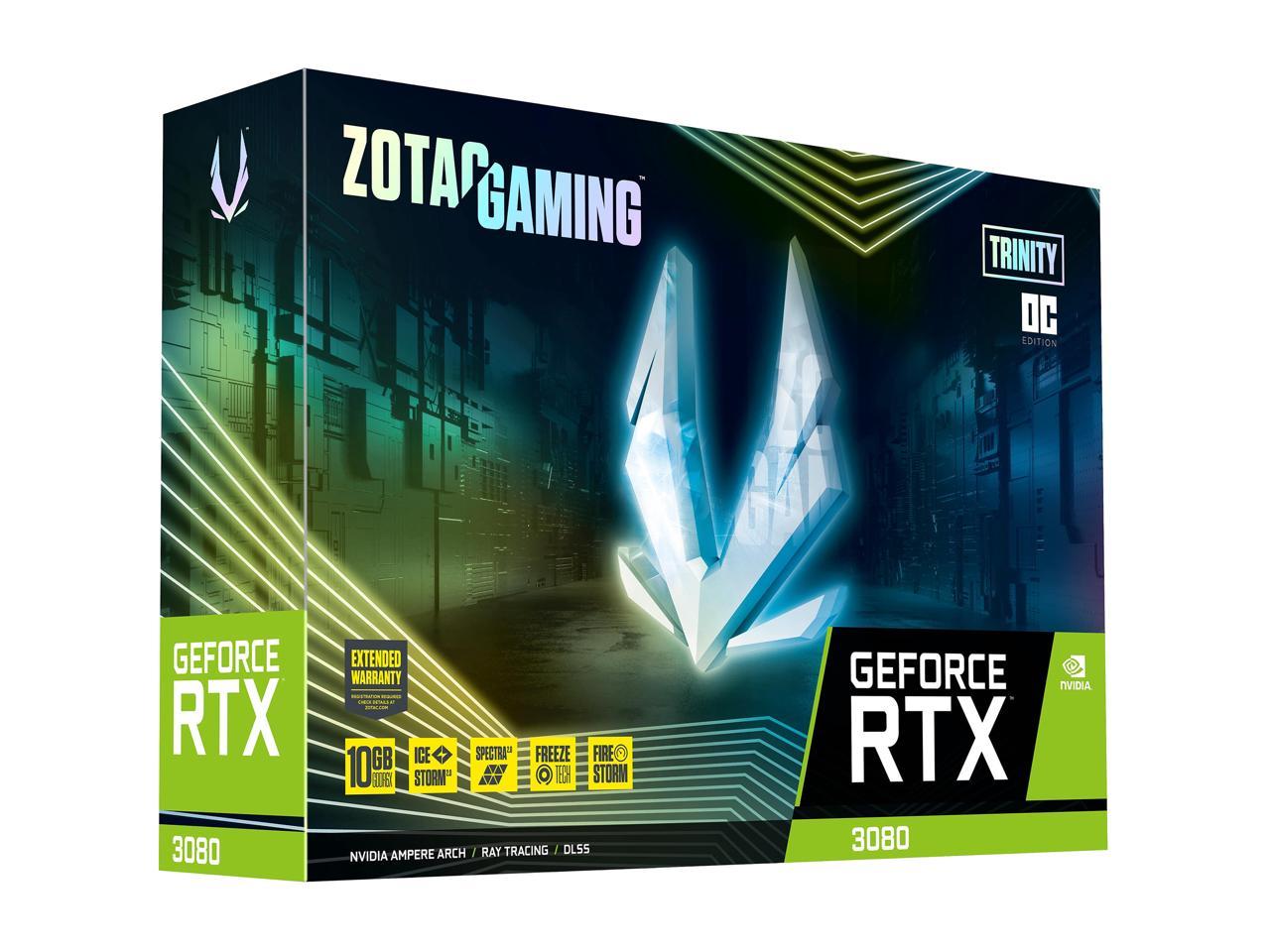 Overall Review: This is my first ZOTAC product and I can say Im pleased with the product itself. I generally use Asus cards and I have to say I will strongly consider ZOTAC in the future instead of Asus. Card is beautiful, LEDs can be controlled individually and the software itself is far better than the Asus offering. Card runs very quiet and temps are better than my previous cards even under load. My issue is with New Egg. Card was shipped in its retail box, no outer box, completely revealing what it was in a time where GPUs are basically gold. Card was also just left on front porch by UPS with no signature required - again in its bright yellow/green box completely revealing what it was. Couldve easily been stolen and luckily was home when it arrived.

Cons: [-] Higher wattage requirement now needing 2x 8-pin PCIe connectors but this is expected. [-] This card needed 3 spaces size-wise over the PCI expansion section of the motherboard vs. the 1080s 2 due being a little thicker. Not a major issue but could be if limited in space.

Overall Review: Solid upgrade and would absolutely recommend it if you can avoid the scalpers by getting a copy from the Newegg shuffle.

Pros: It's an RTX 3080 It was available It has ARBG It takes 2 8pin connectors - thus saving power SPEED I can actually play Control on full RTX and other settings with no problems It makes short work of GTA V online speed and quality Video rendering is much faster in numbers, but it does not seem faster than my 10920X Video viewing quality has improve to the point of seeing film grain

Cons: It is LARGE The caps on the back are not of the highest quality, but there are no problems LHR - just in case I wanted to sample mining Decodes A1, but even without it, I cannot say that I had a problem No real OC - if you feel that you have to - which you do not Mine came with a bent prong that slides down the case Takes up 3 slots!

Overall Review: I wanted my preferred brands, but in the end I had to settle for this - a brand that I never had before and never wanted. LOL. Given the climate in GPUS, I felt 'honored' to have this one! I did not care about OCing, as I feel that it does nothing these days. Many CPU's still out perform GPUs. They say this is based on the FE edition, but with their own custom cooler. It does not run hot, there are no problems, the lights look better in person and I can say that I am satisfied. Others use 3 8-pin connectors, which increase power usage. I did not want that, but this has more power than the FE. The box is nice, but mine had a bent prong on it, which made me question the brand! I bent it into place, and it is fine now, but how did it slip pas QC? Again, the main issue with many will be the size of this thing! I have a full tower and I still had to squeeze it in. Any longer and I would have had to remove a fan. I was disappointed that I could not get one of my preferred brands, but I am happy with this, but I of course, don't like paying the price. I did not even want to pay the original MSRP! Hopefully for the 4000 series, they make the prices right, or i'll just hold onto this for a good while. Overall, you get what you can, but I would urge anyone to stay away and not settle for a 3070Ti at a similar price, as you are getting much less of a card for similar price. I cannot say that I would buy Zotac in the future, but I have it now. It's fine.