OUT OF STOCK
Sold by: Newegg
Shipped by Newegg
Price Alert
Add To Wish ListFound on 44 wish lists 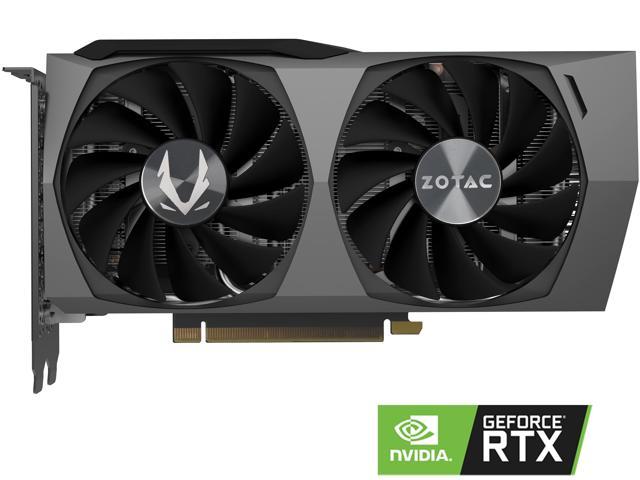 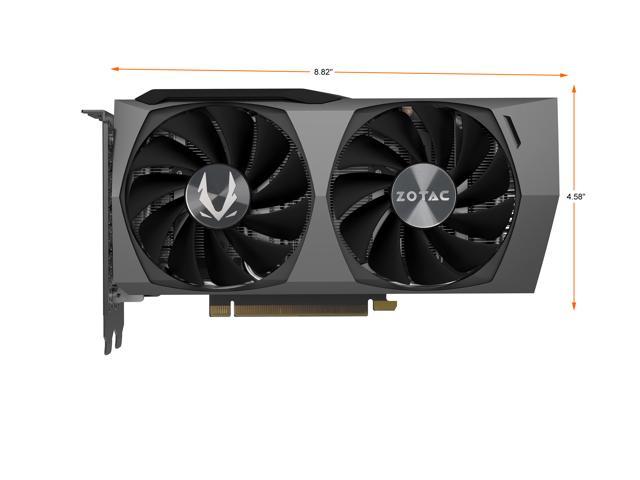 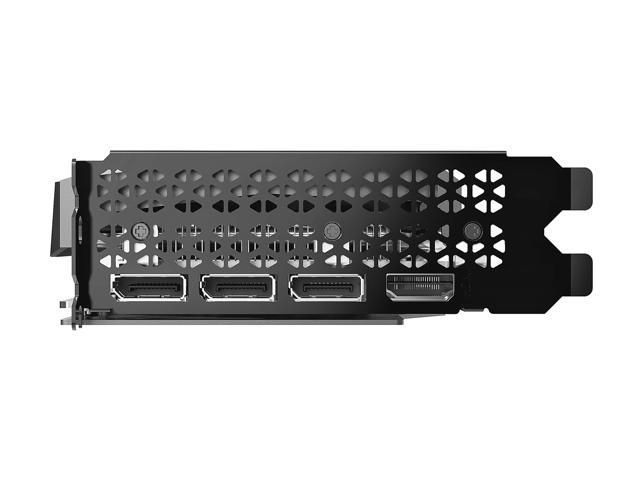 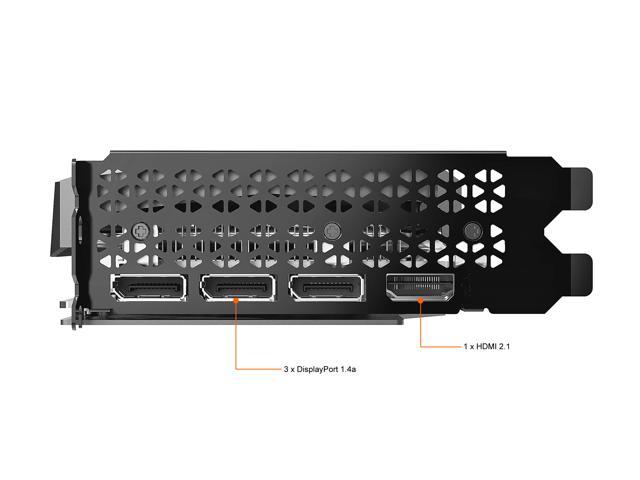 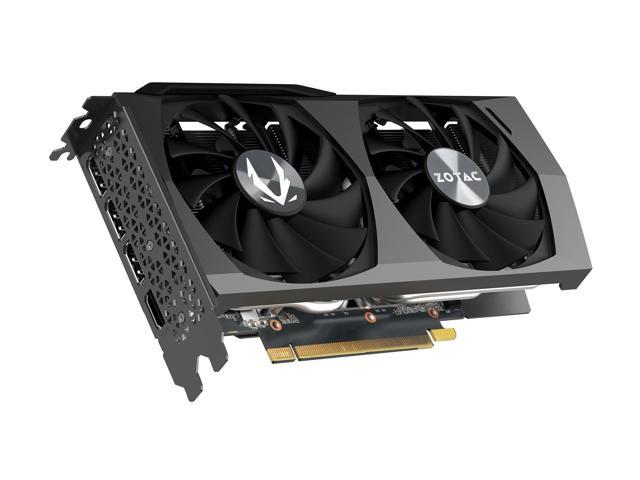 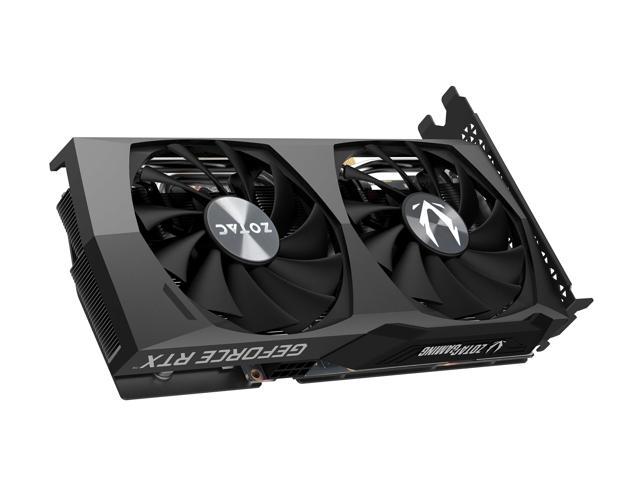 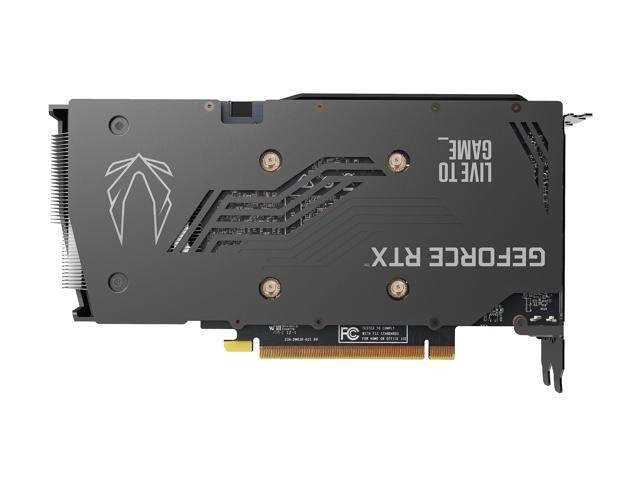 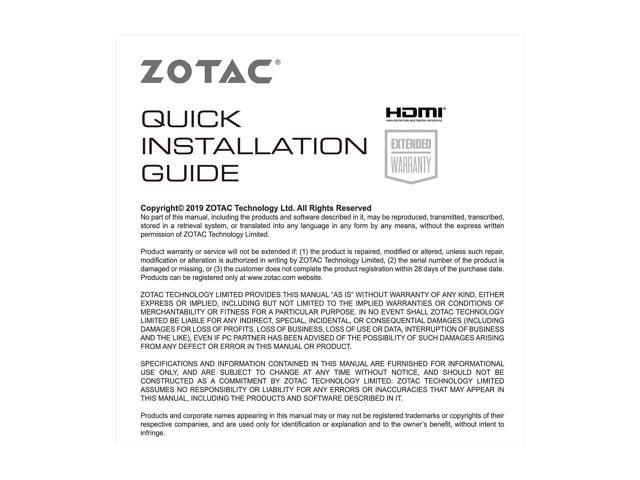 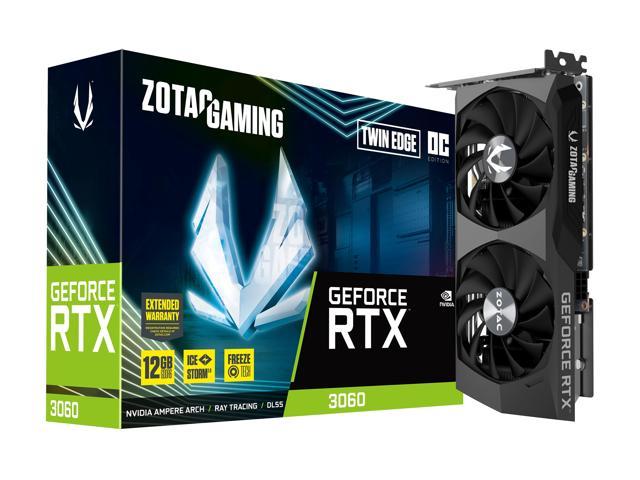 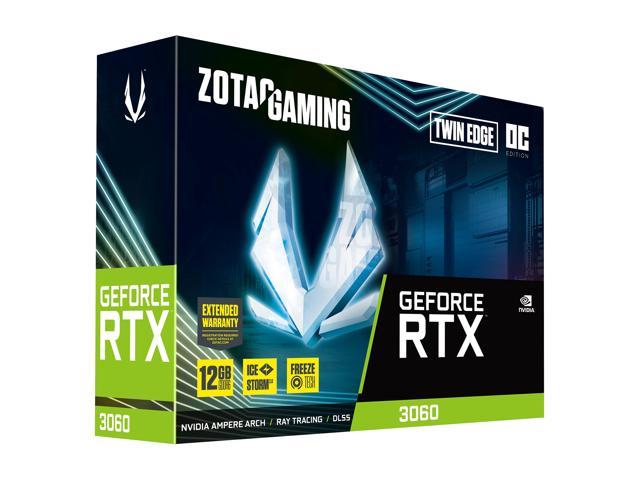 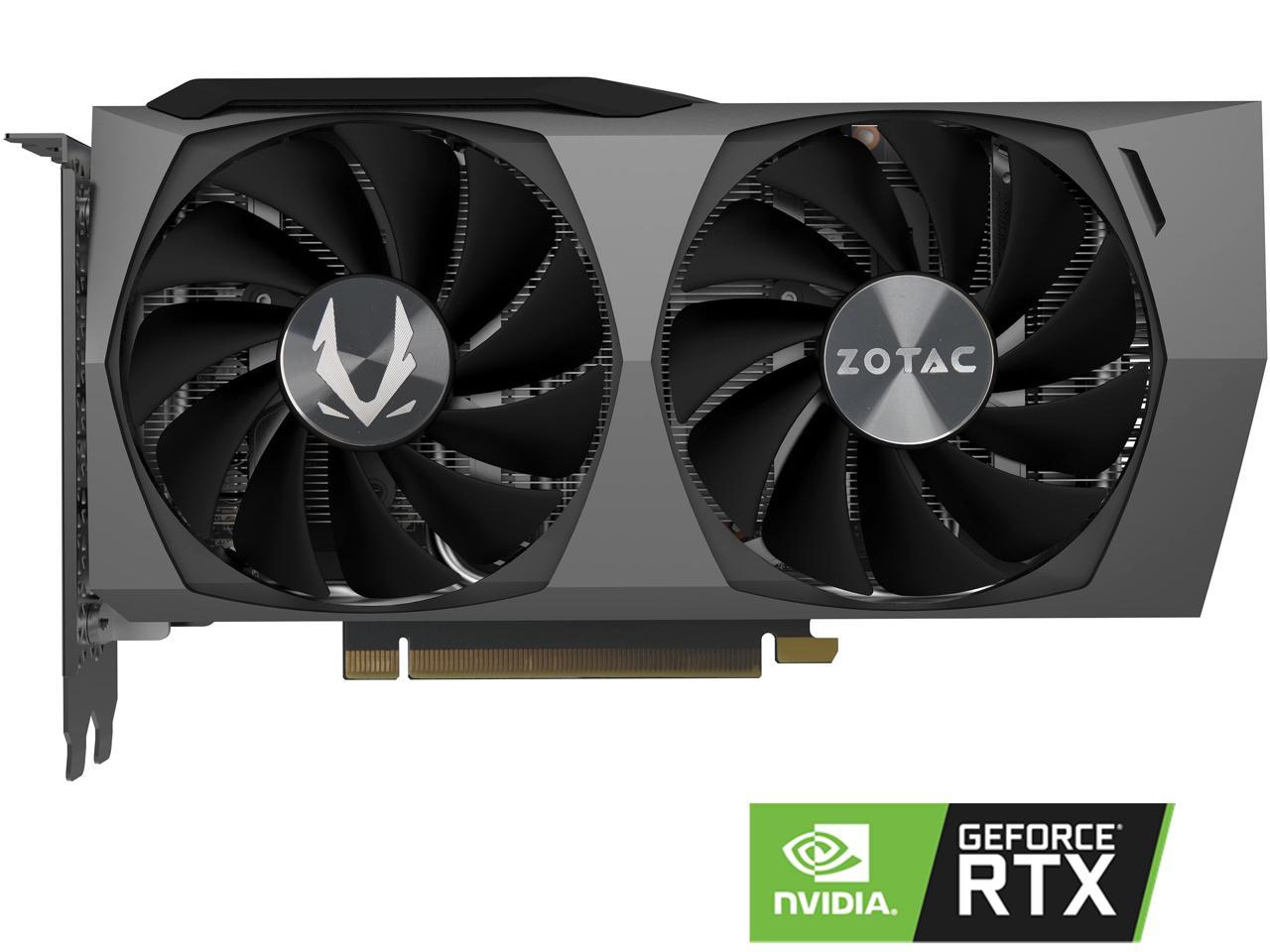 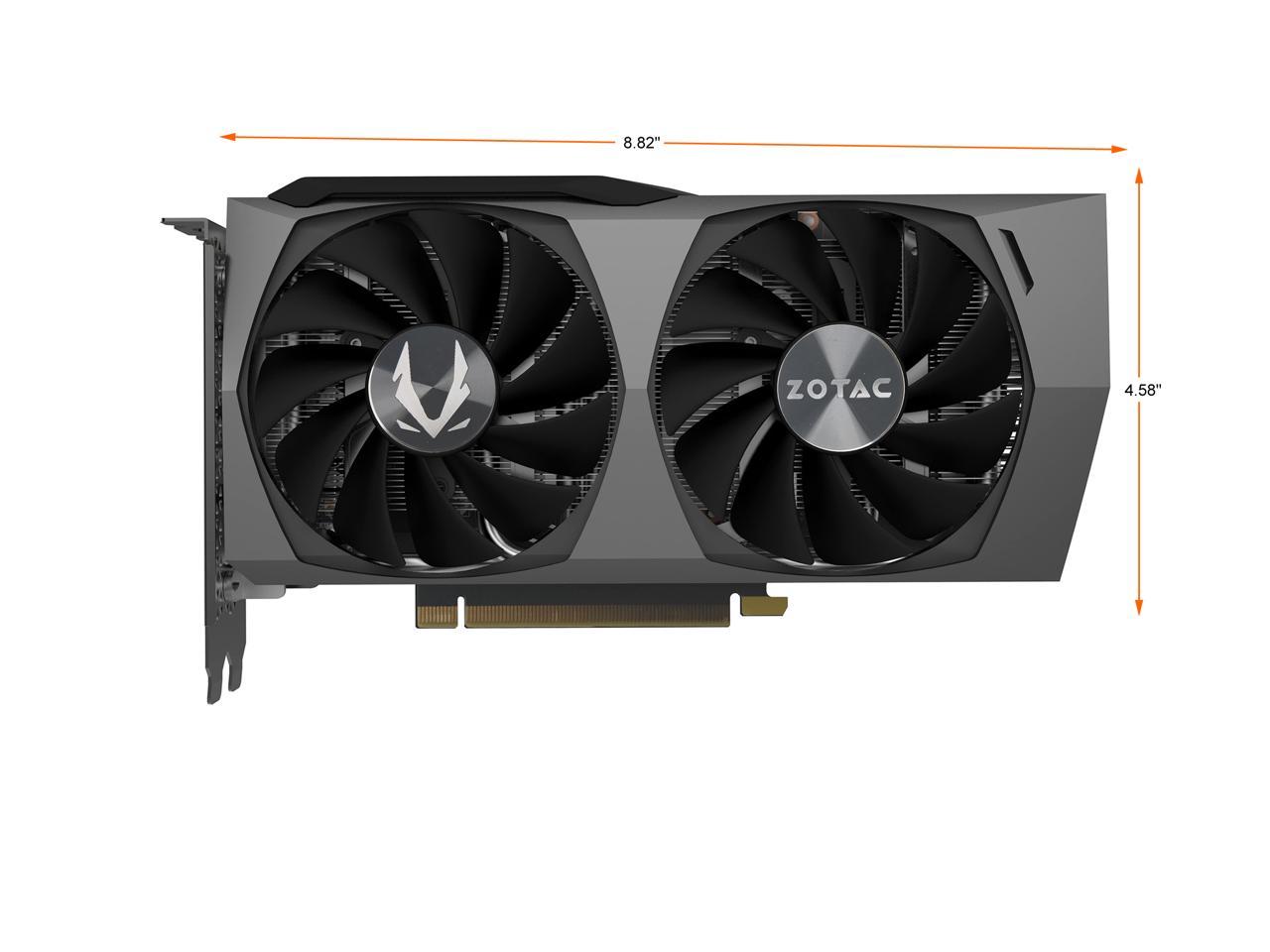 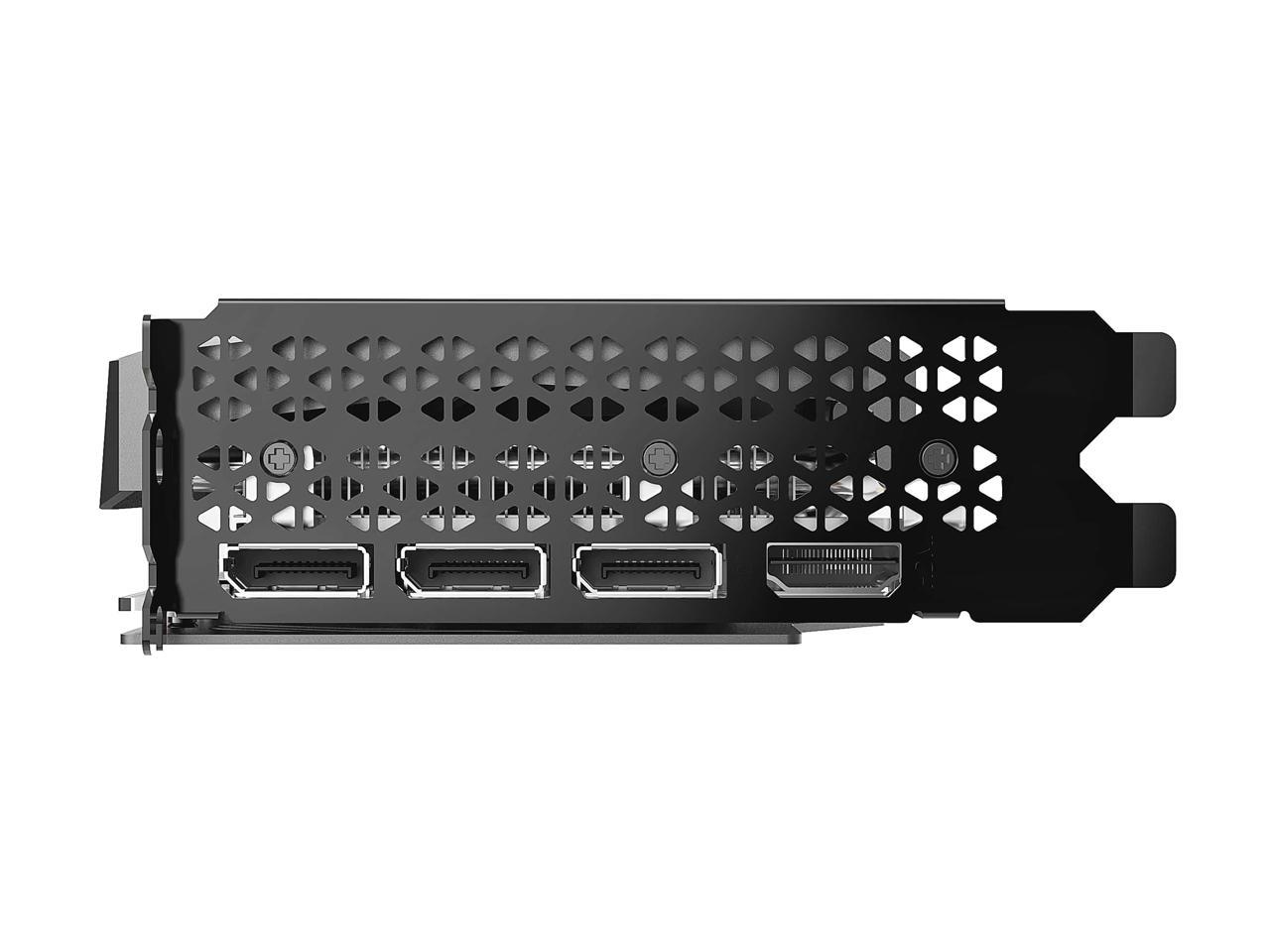 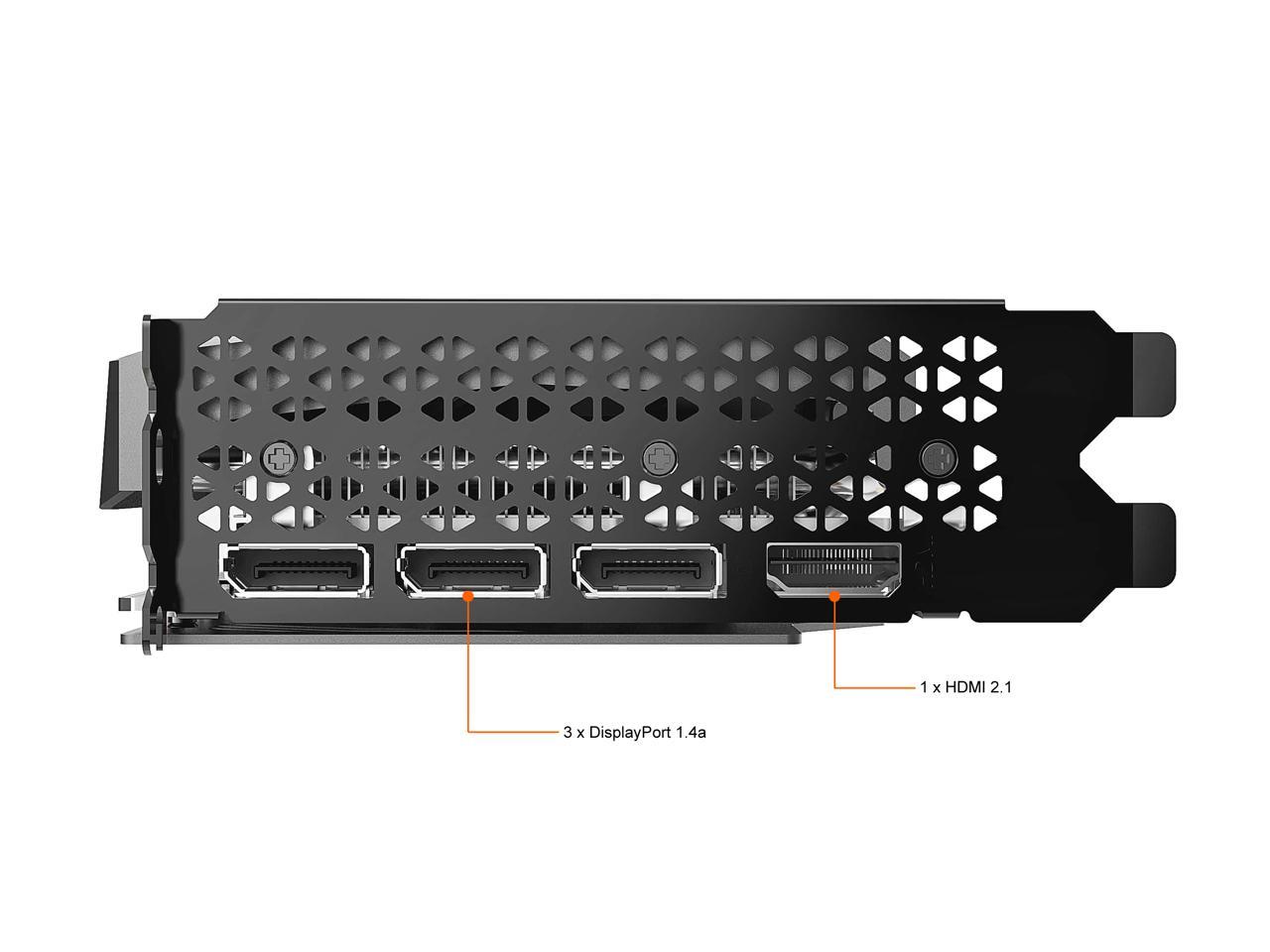 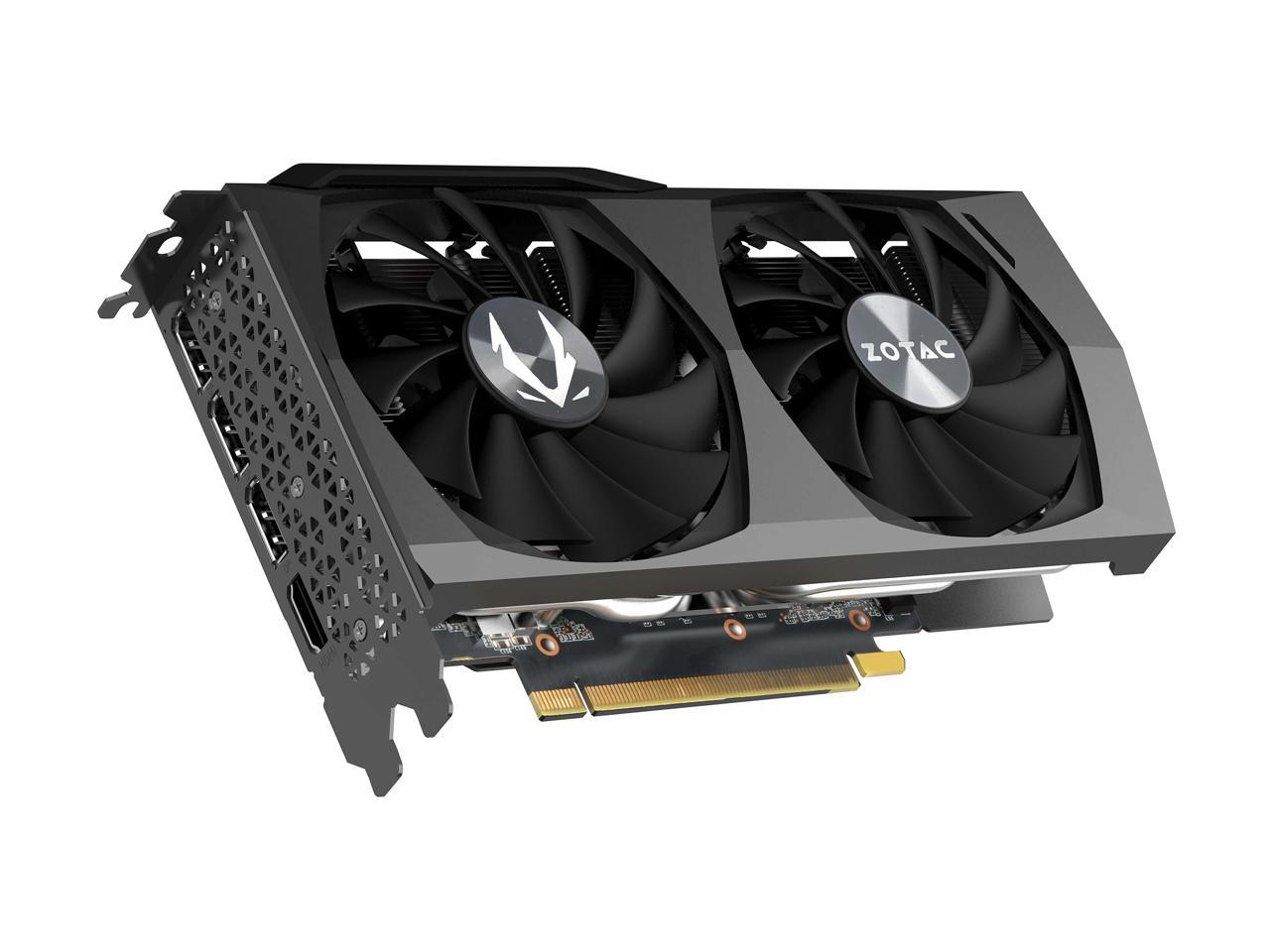 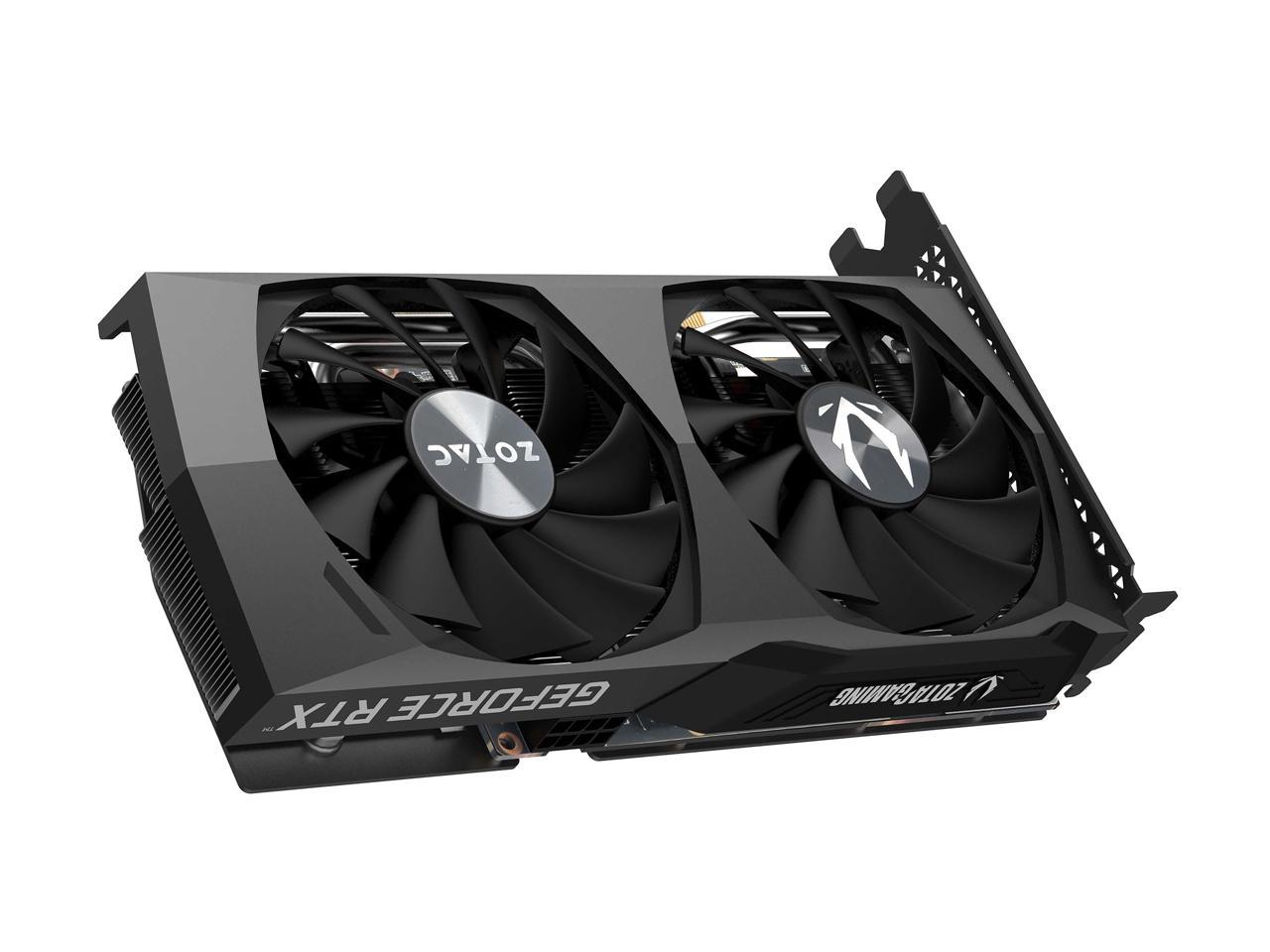 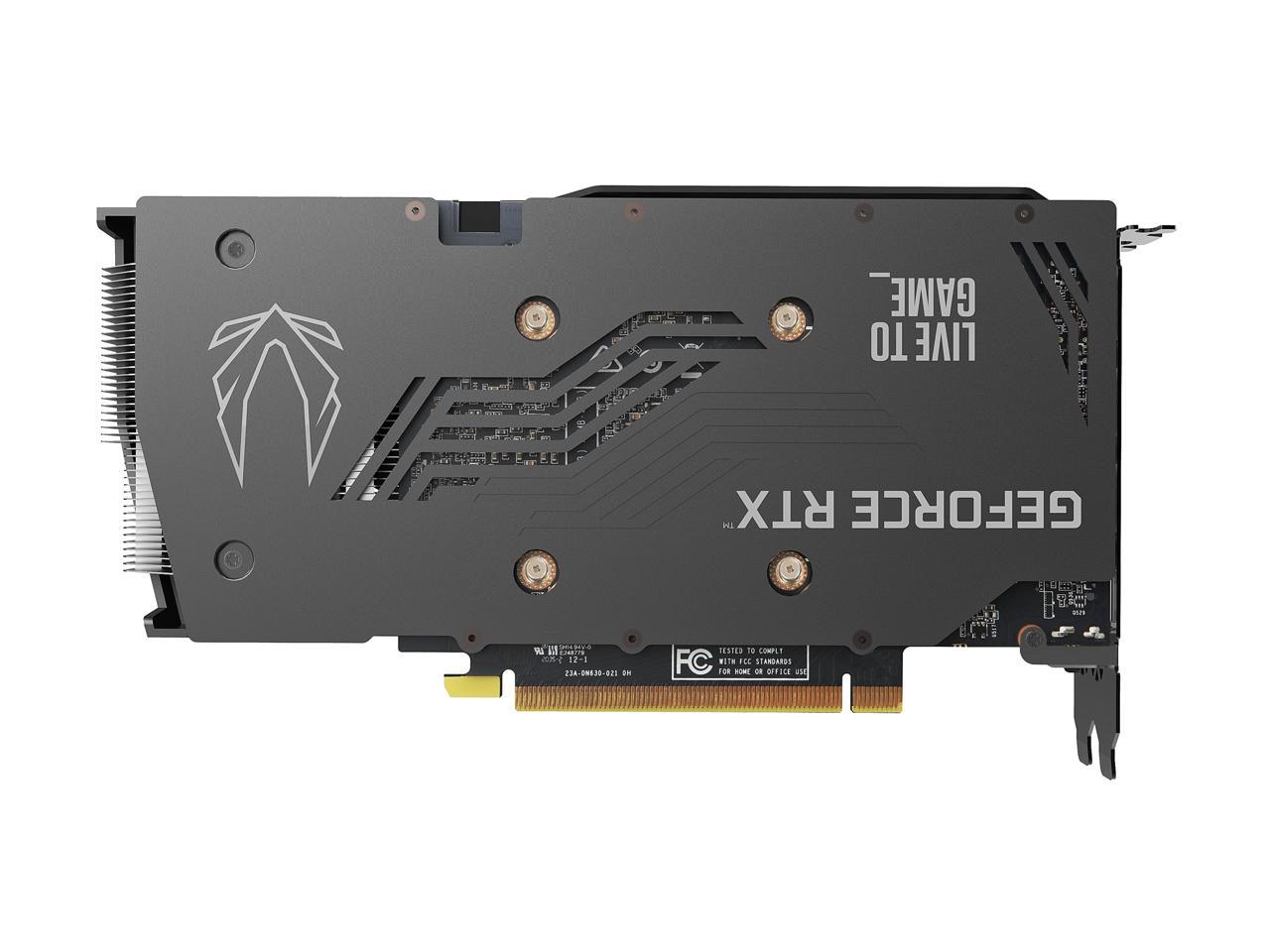 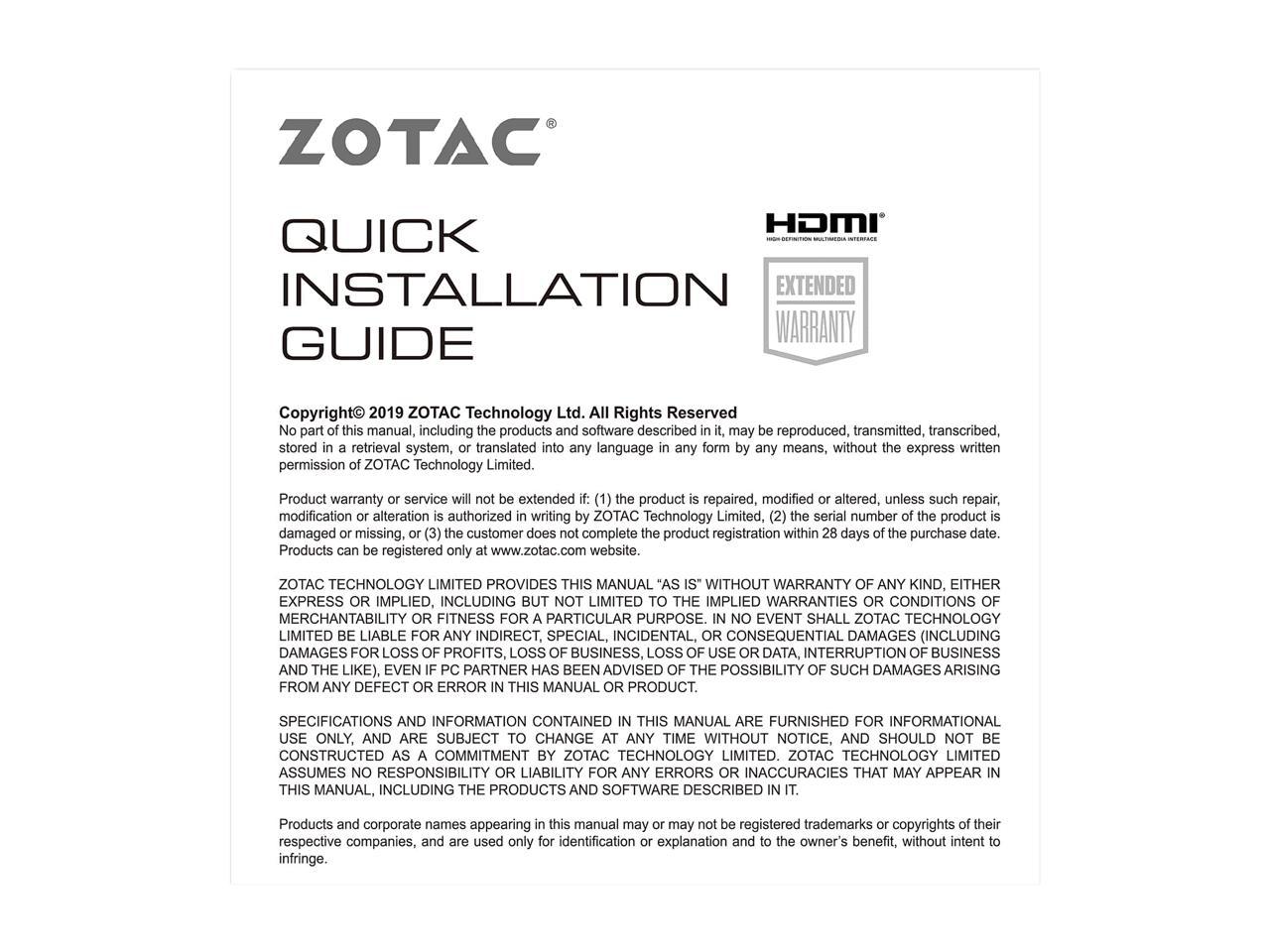 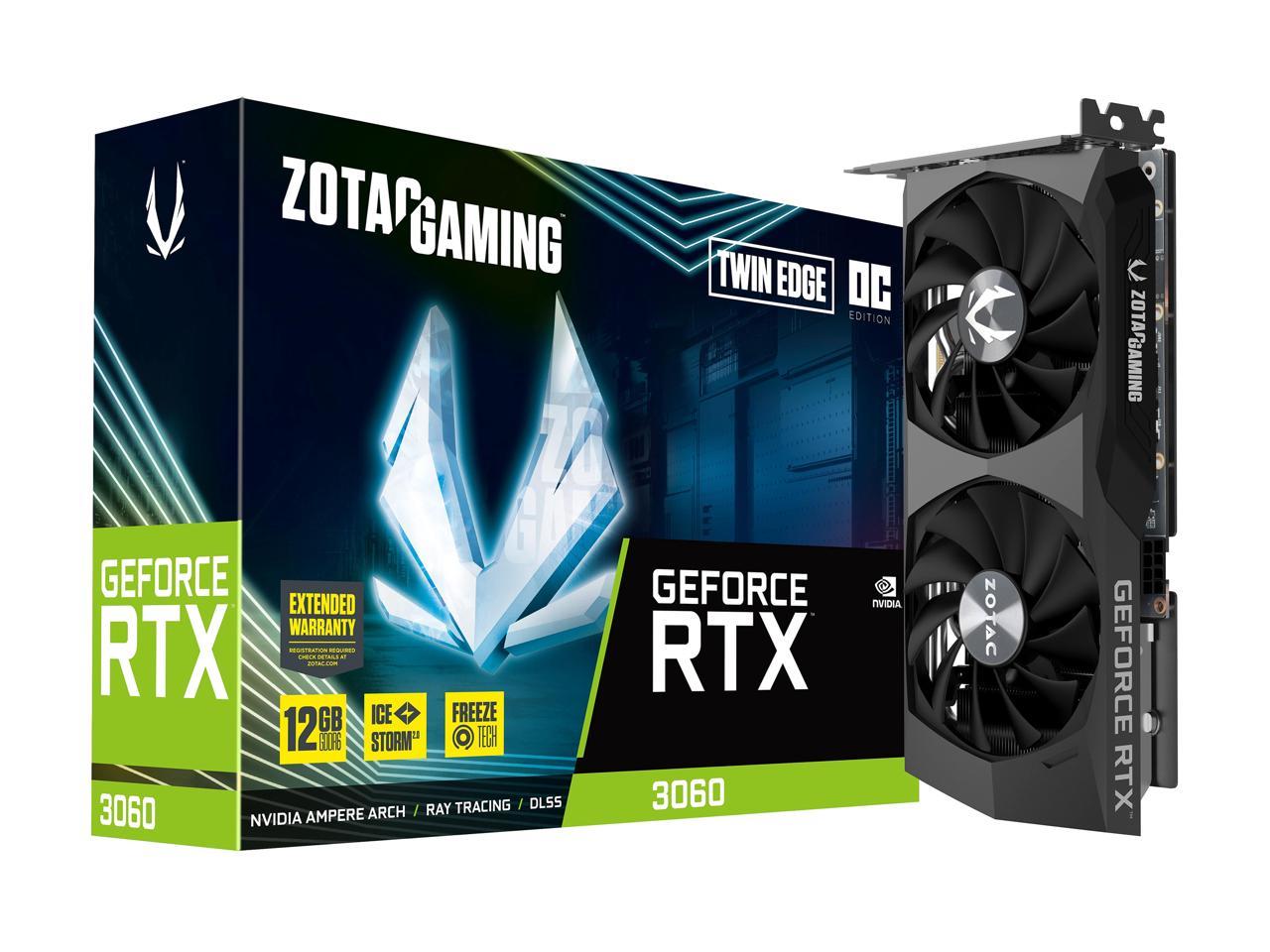 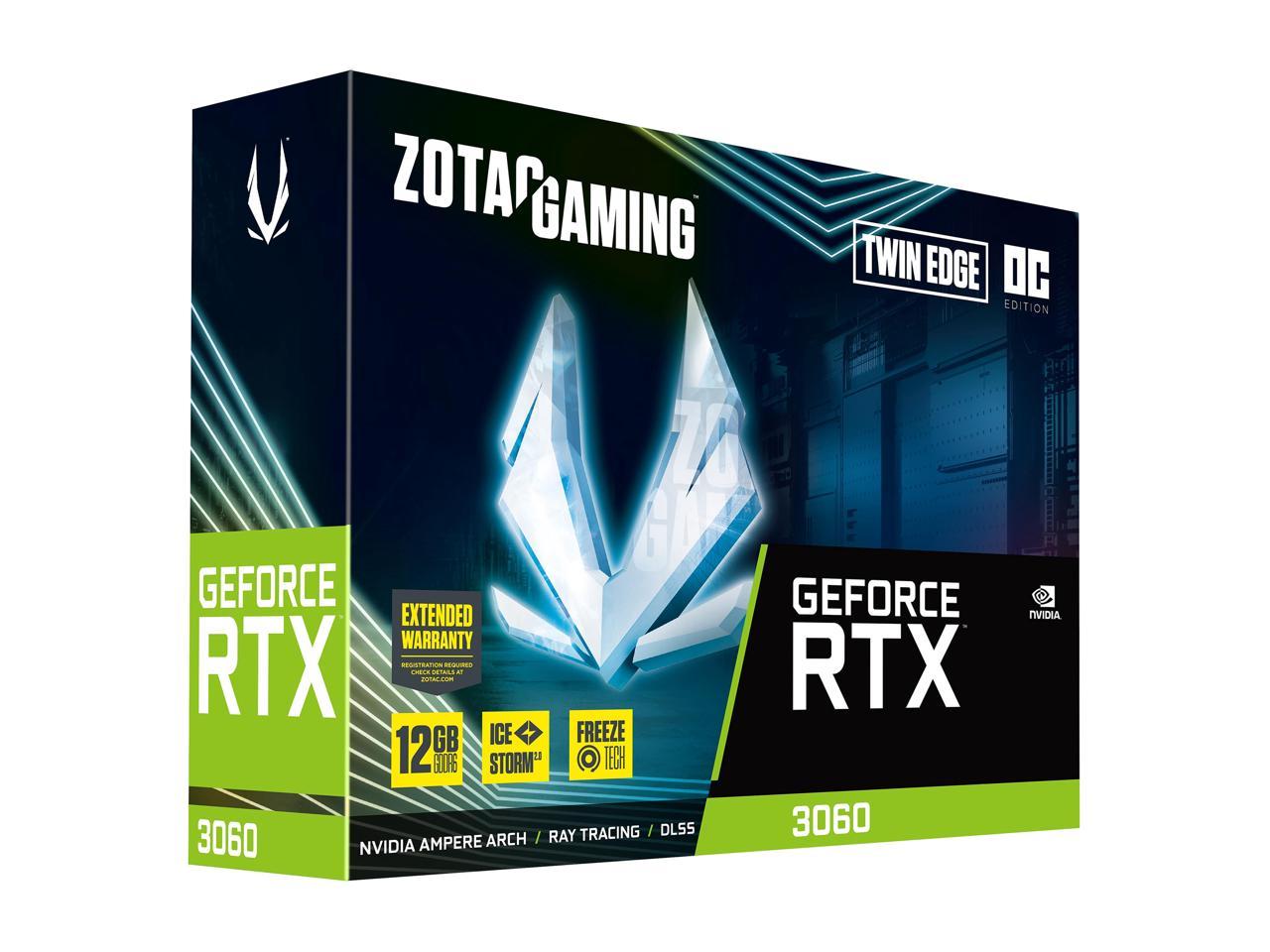 (25)(4) Write a Review
See more "rtx 3060 ti"
OUT OF STOCK.
Fees for brokerage and duty included in price.
Specs
Reviews

Cons: For 2060 super performance 550 after tax and shipping was a steep price to pay and if there wasn't a current demand for gpus I personally wouldn't buy it again, but if you can get any 30 series card at mrsp it is a "good deal"

Overall Review: I probably wouldn't get another one if the chance was granted

Pros: Pros: definitely an upgrade if you’re coming from a 10 or 16 series card. I had a 1650S and save almost a doubling in FPS on some games. Card comes OC and can definitely be pushed a bit harder as well. Have mine overclocked a bit more. Cooling works well and the card stays relatively cool. Never gets much over 75C with heavy load (I’m using custom fan curves)

Cons: Cons: the fans have an ANNOYING buzzing sound at higher loads. Apparently this is a Zotac issue that has been around since 10 series cards. It’s not super loud but definitely loud enough to be annoying.

Overall Review: Considering the price of this card is too much to begin with in regards to performance, I would not recommend the card because of the loud fans noise. Pick up a 3060ti or a 3070 for a little bit more, and you will be extremely satisfied.

Overall Review: Bought this from Newegg Product Shuffle. Originally concerned about Zotac and build quality, but the card looks/feels great and performs well. The OC version only gives you 30 MHz, but the heatsink has 4 pipes instead of the base model's 3. There is room for more on the overclock. I can live with this card until the supply shortages end and the prices are more reasonable.

Pros: Good preformanc as a 3060 and hope to get even better with future update. It has all the horse power(12gb vram), but held by reducing the hash rate from Nvedia. Price is an issue hope things settle down and miners please give us a break ;). Small Form factor suites any type of pc builed.

Cons: The sounds of fans ramp up a bit but not an issue, as its only two fans and it's a small gpu. Gpu temps are good never reach exceeded 79C even under time and gaming stress. Attached vedio about sound under heaven stress test with ps side panel open. When panel is closed you will not notice the sound only skeptical people woukd heheh.

Overall Review: The product is highly recommended especially after its back to msrp and I have to give my full gratitude for Zotac support ( respects to Rafael M.Zotac USA Inc). Very keen support and their to provide the help to register the product after I made a typing error on my email address. I was highly encouraged by the support provided and I'm for sure would buy Zotac again. Thumbs up for Zotac support.

Cons: Not worth the price, but its better than waiting months for the other 30 series cards. No rgb

Overall Review: Good card but not worth tue price, fits well for an SFF built

Overall Review: I haven't noticed any issue and been able to play WZ on high.

Pros: -way better than my 1660 Super in terms of overall quality and performance. -I'm able to play Control with RTX on and have some nice visuals so that's a plus. -Nice and sturdy. - It does what it does... play games efficiently.

Cons: -Price isn't the best, even for an "MSRP OC card". (I got it because of the Shuffle so I had to buy it :/) -no RGB on the card. I would have like to at least get some RGB on the lettering for how much I paid for my graphics card but that's a personal preference.

Overall Review: -I would get this if you don't mind the price, its available at MSRP and if you have a 1000 series card. However, if I had the chance to buy a 3060 ti, I would rather buy that than this 3060. But that's only if it was available. Other than that very solid card. So good luck and good hunting!

Pros: I got this via the Newegg Shuffle, it wasn't my 1st choice to say the least. Using a PCIE4 slot with an 11900K and 3200MHz RAM: - most games on max or high settings rarely dip below 80fps - I've never seen the GPU temperature go above 70 (case and CPU also air-cooled) - it doesn't seem very loud either although hard to tell because my CPU cooler is definitely louder

Overall Review: If you actually want an RTX 3060 this one does the job pretty well, I'm genuinely impressed.