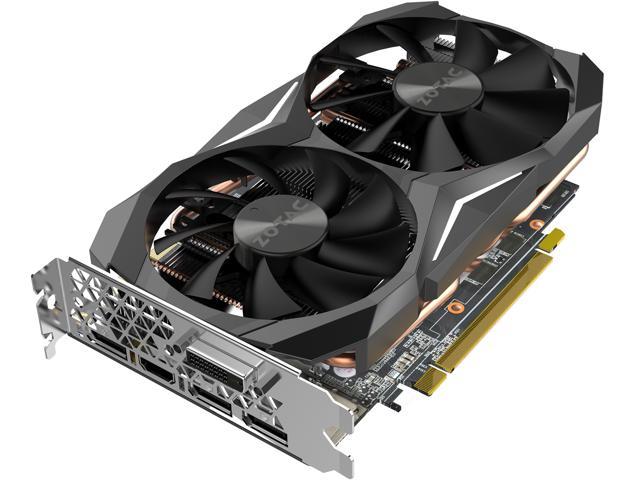 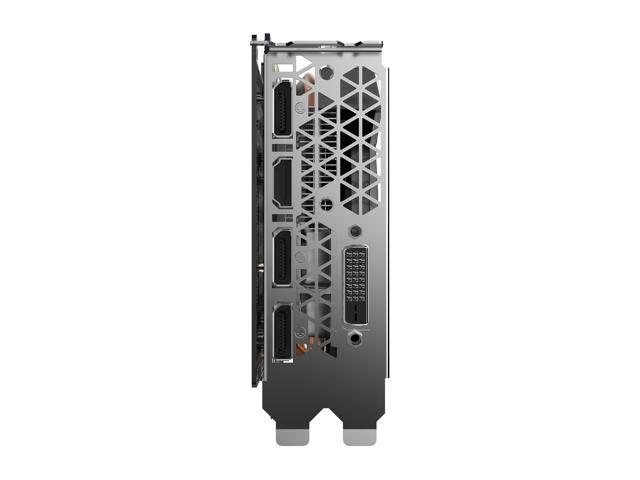 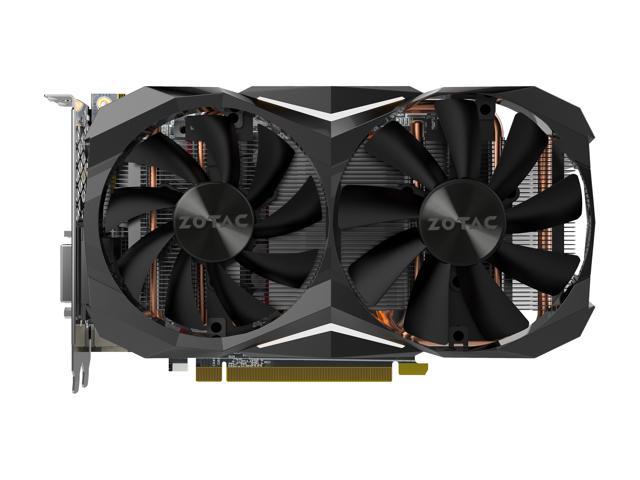 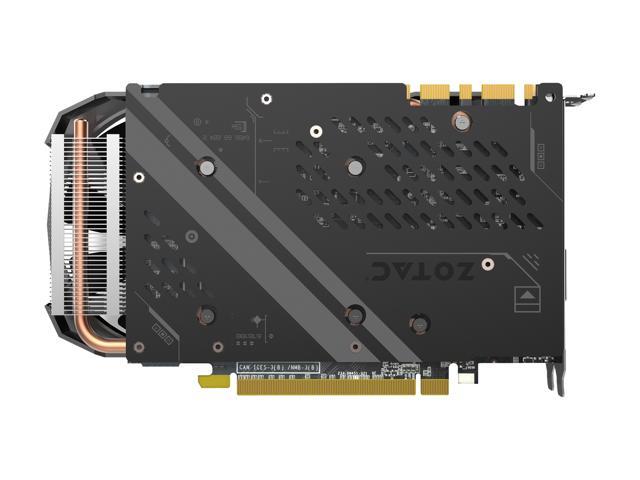 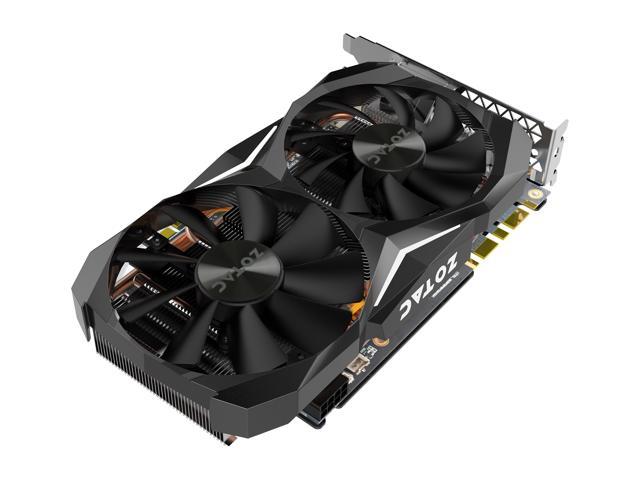 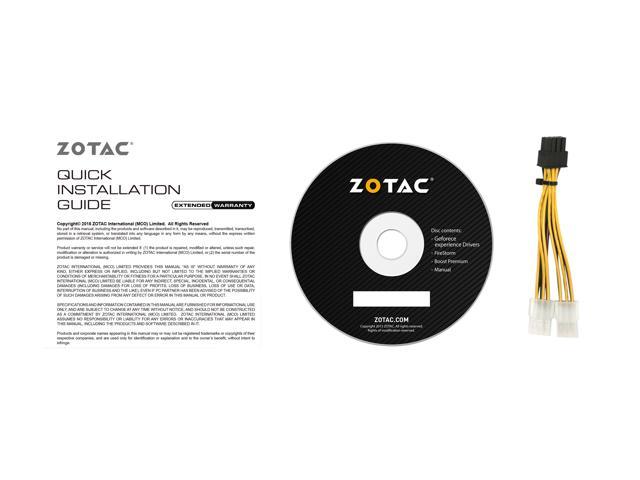 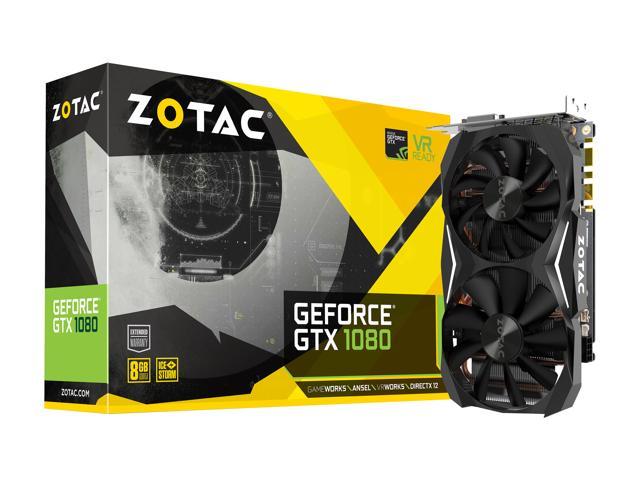 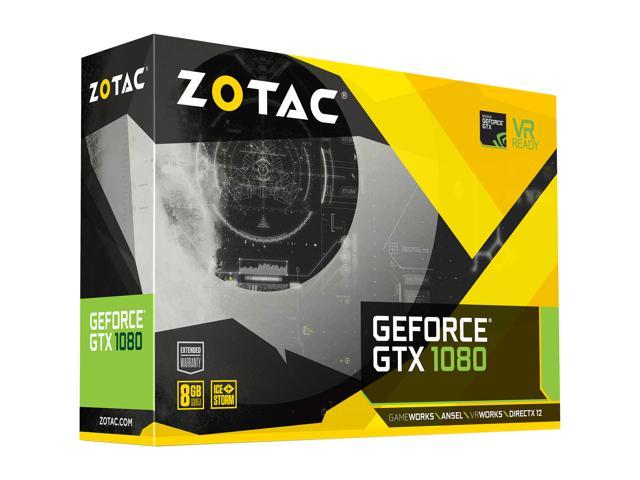 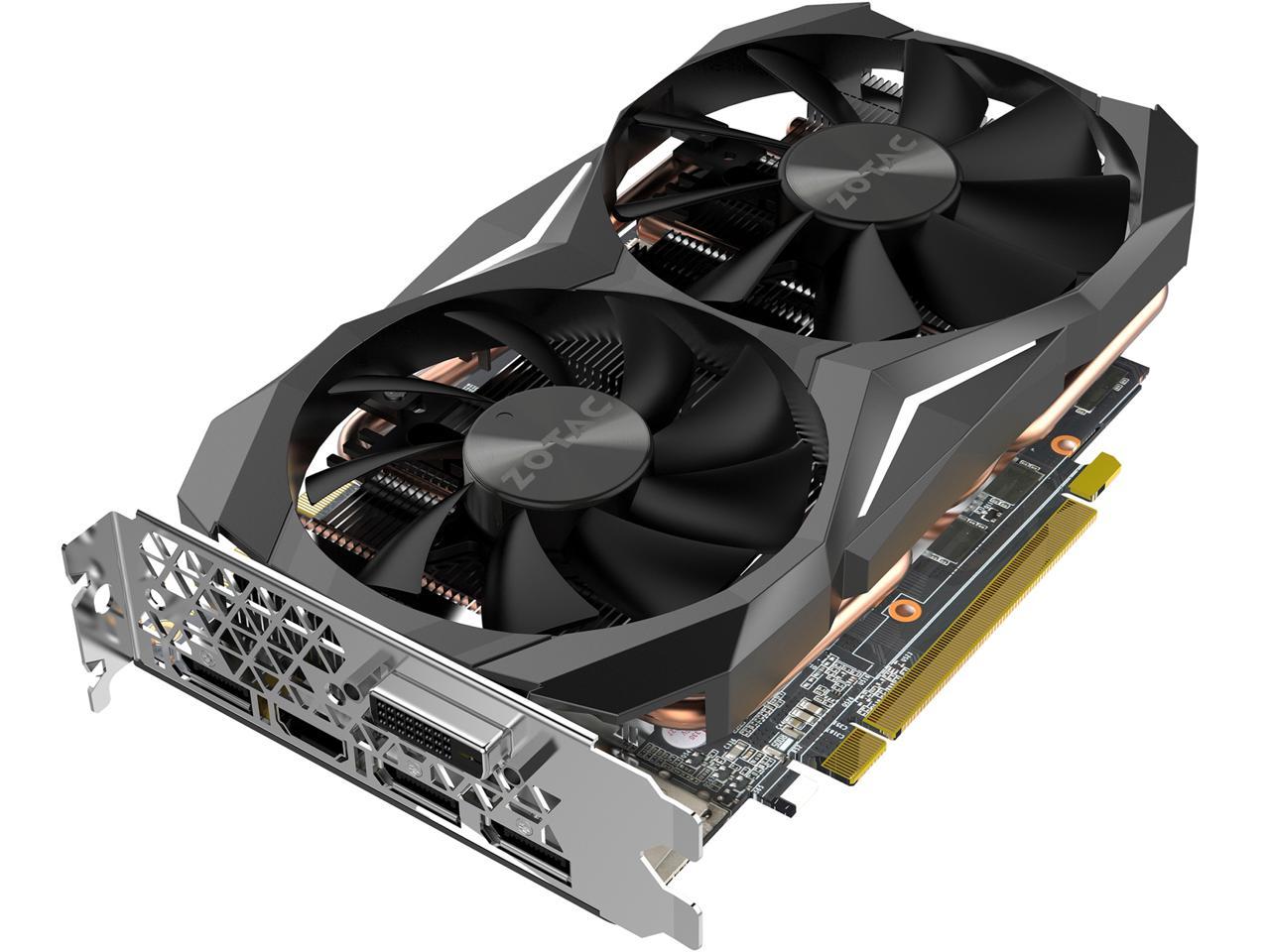 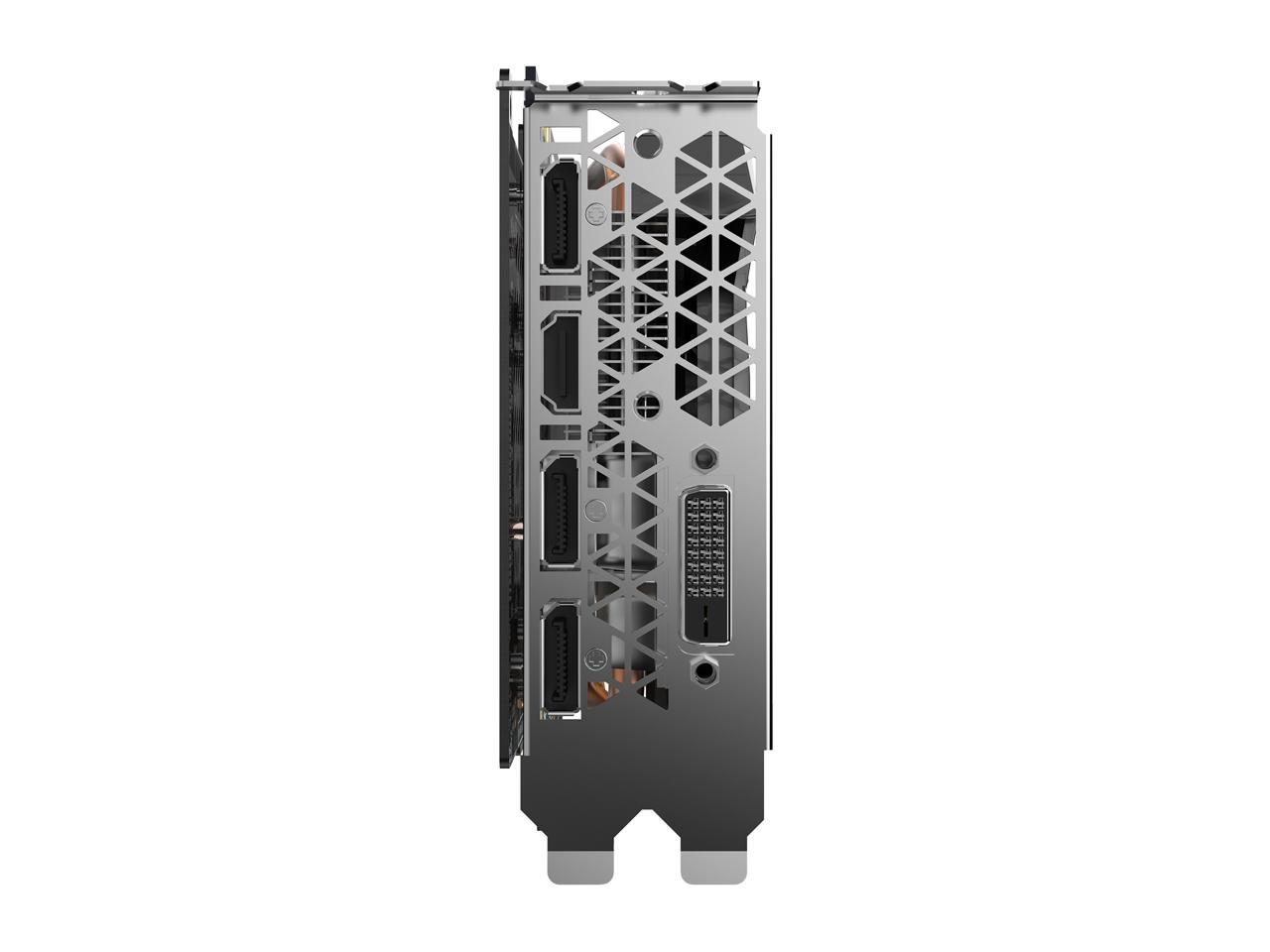 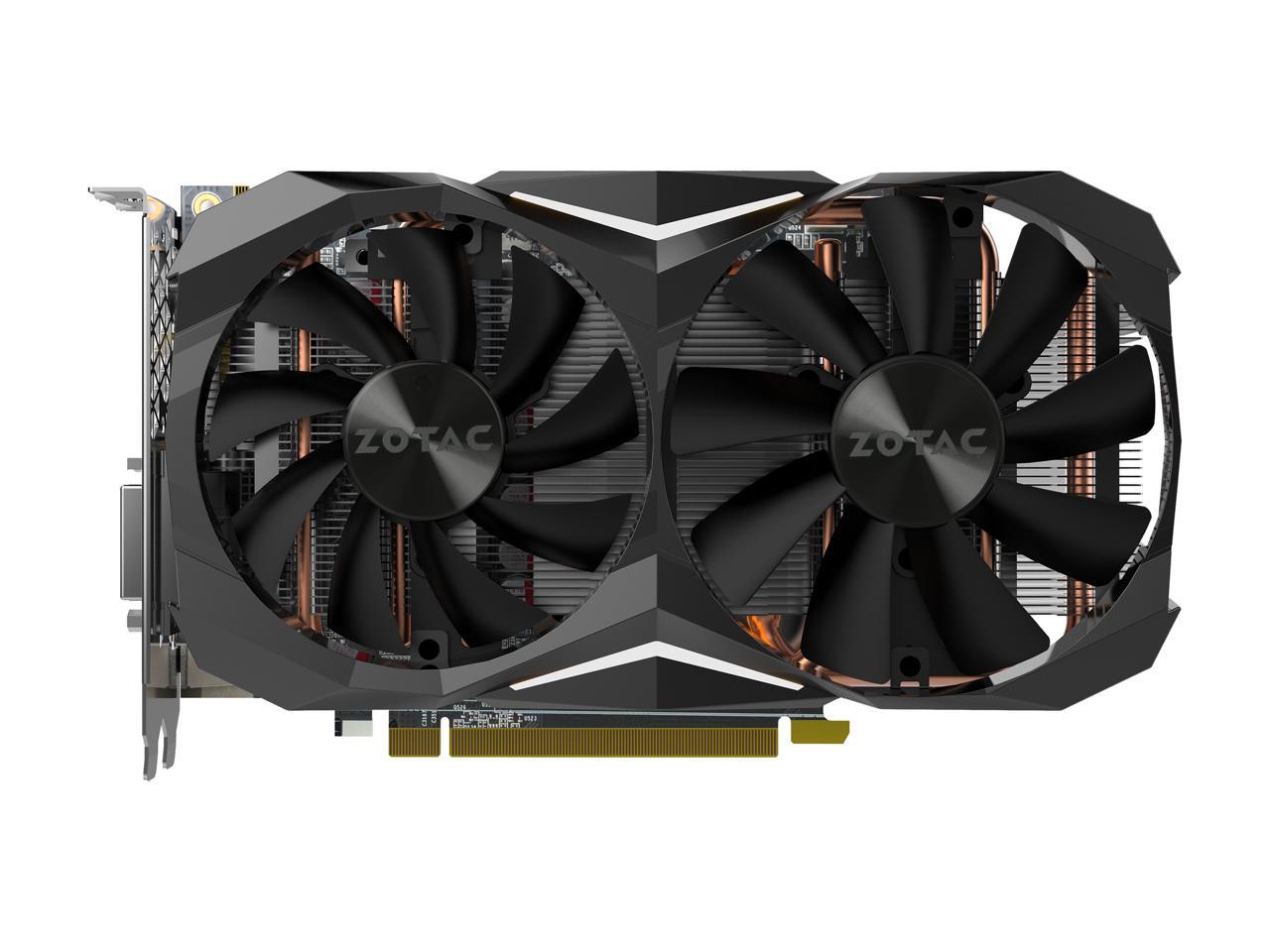 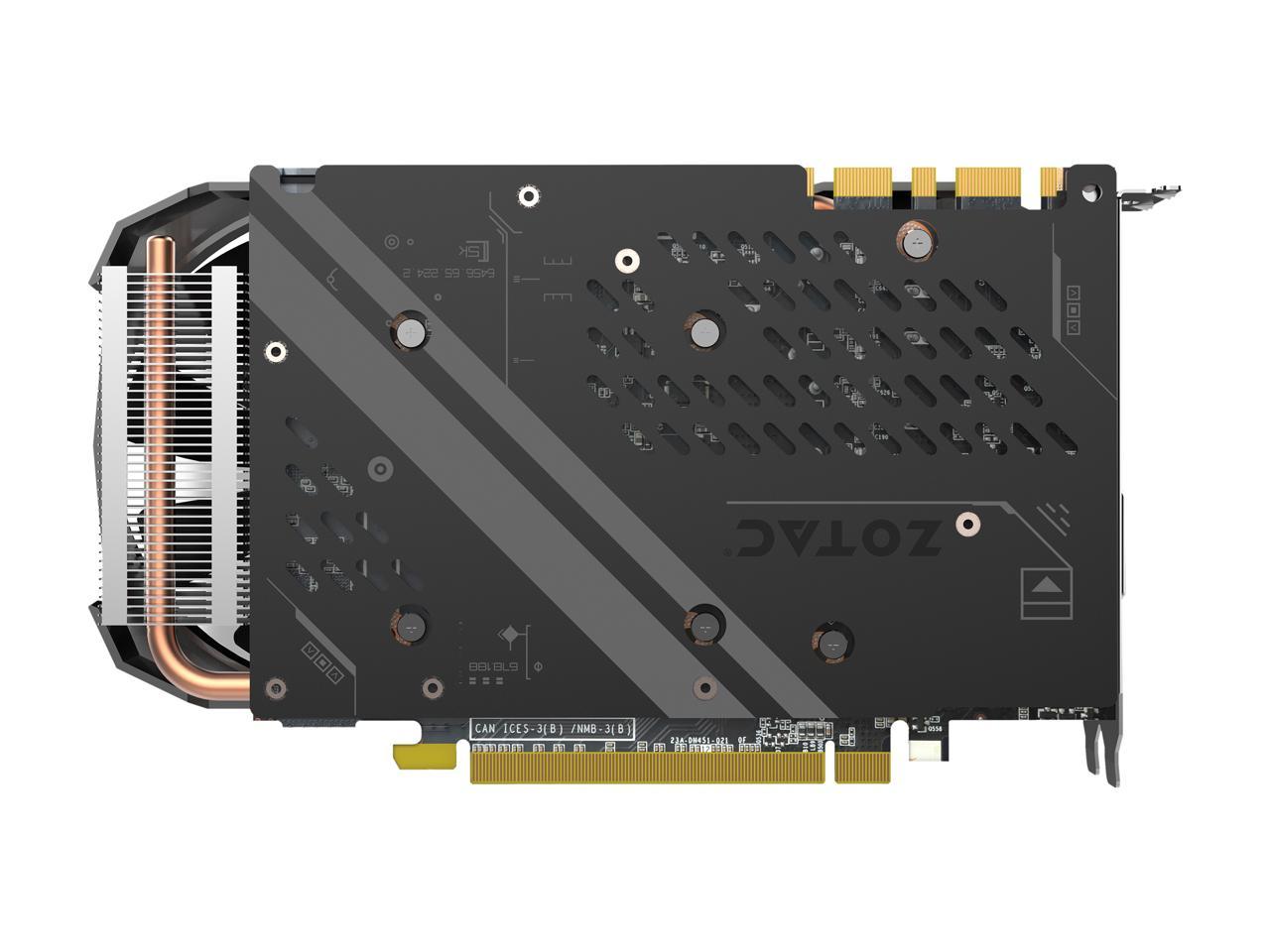 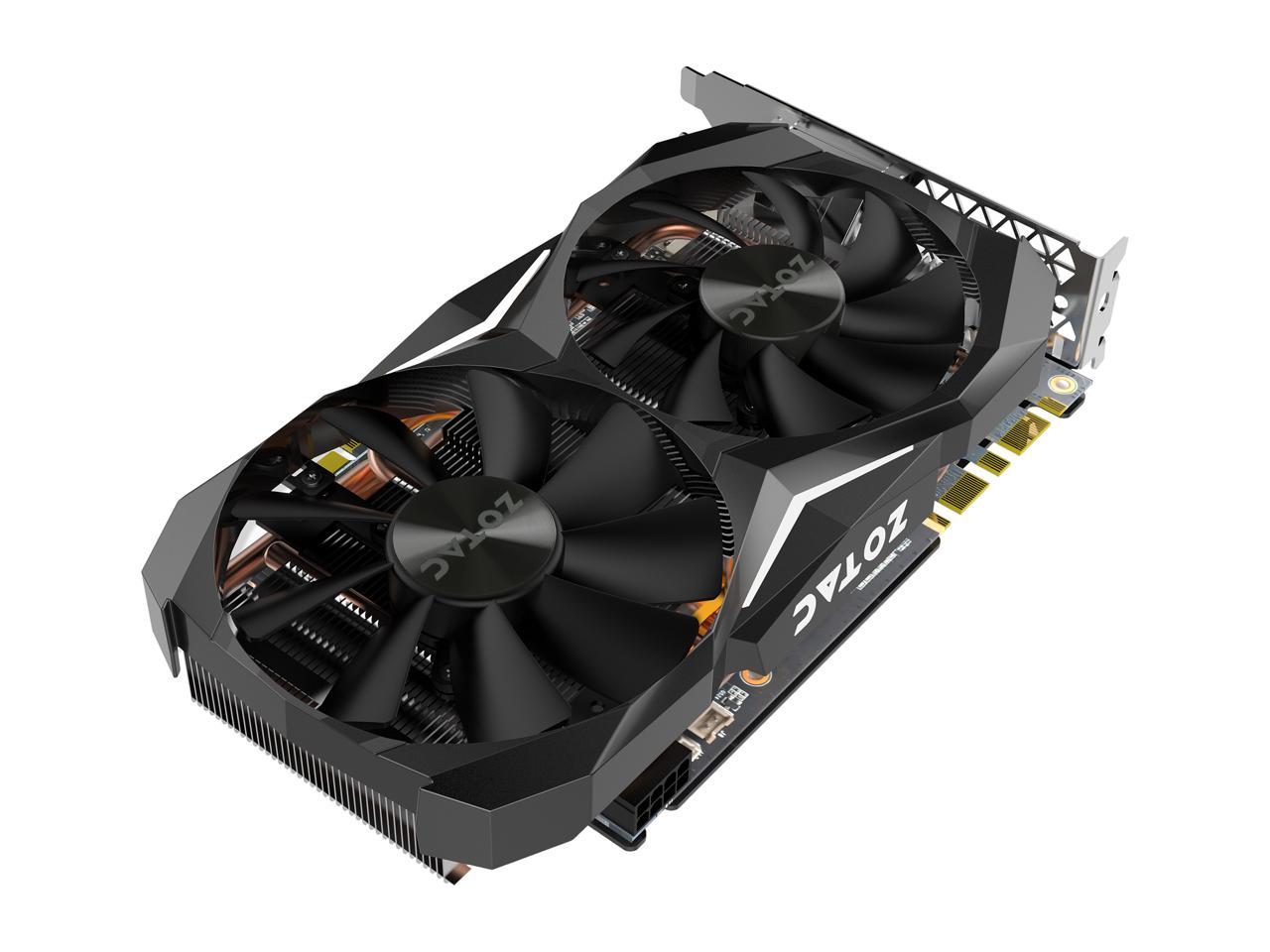 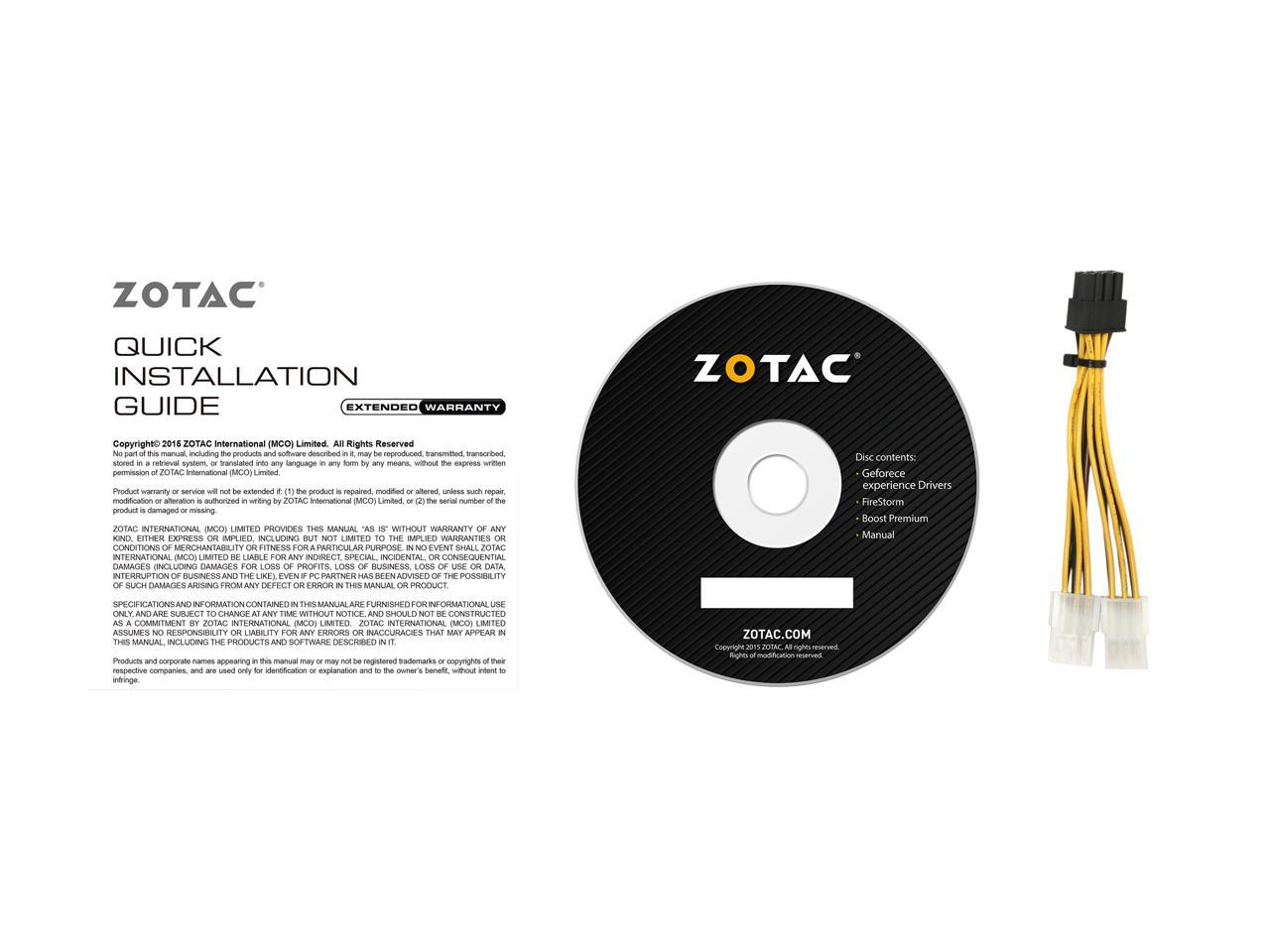 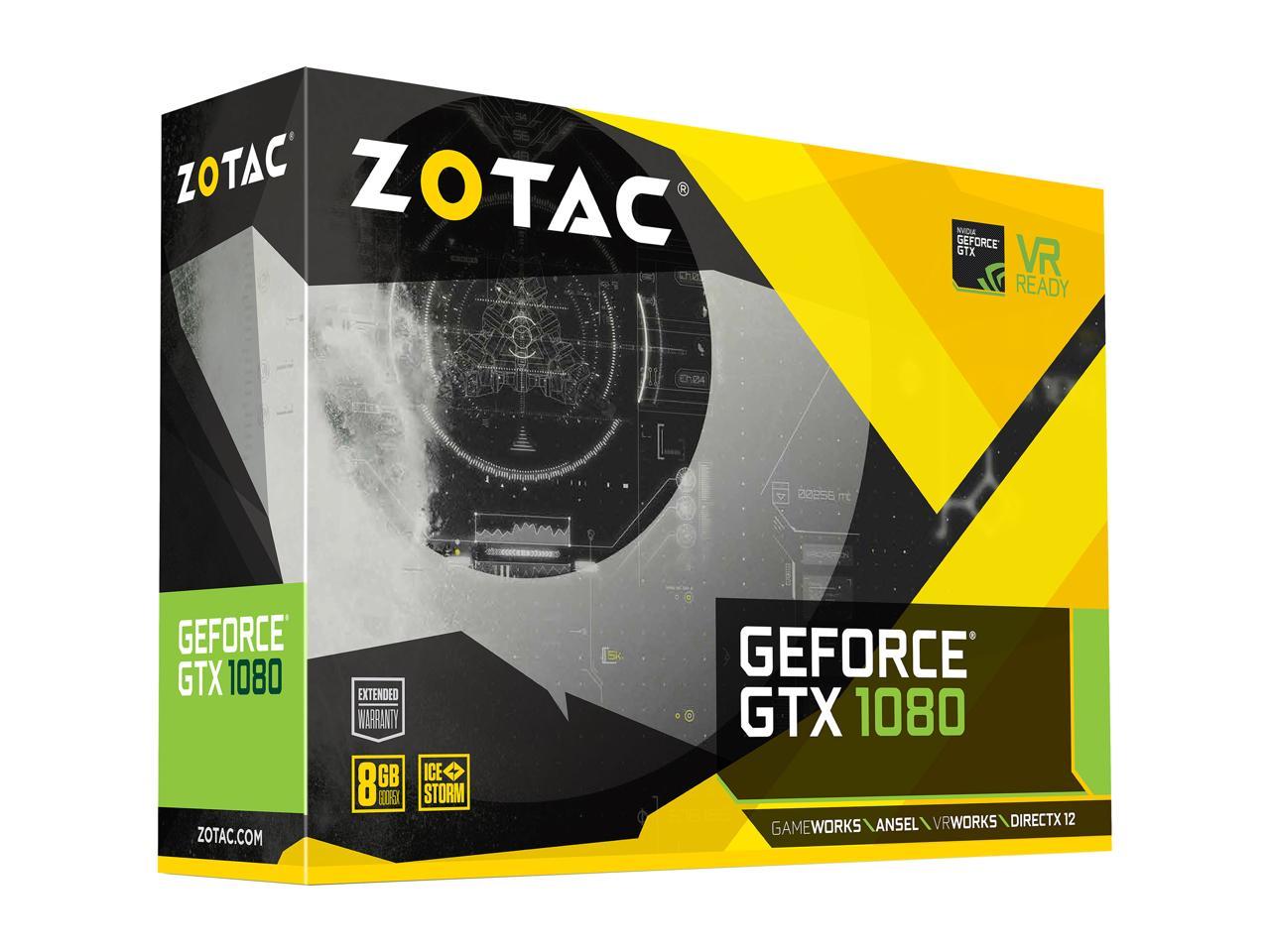 Pros: To Preface... I purchased this in the hopes it would fit in my CoolerMaster Elite 110, and to my joy, it did! It fit's just snug with no case modding required! It is, however, advised that after installing the motherboard, that the very next thing you install is this GPU if you also plan to use the CoolerMaster Elite 110. Wanna also state that this is my third card from Zotac. I have bought a 750ti, a reference 980ti, and now a mini 1080. They're good at what they do and their support for the Mini-ITX enthusiasts cannot not be appraised enough! Love those guys! At least that's my opinion. - Very fast - Very cool - Passed furmark benchmark without reaching 80 degrees C - Cheaper than most 1080's on the market (I paid $499.99) - Great build quality - Pretty quiet (if you care about that kind of thing, I don't)

Cons: - None so far, will update if issues arise.

Pros: - Small so it will fit in most cases (which doesn't matter to me today, but in a few years when I upgrade and switch this out to a media center or something similar I'll sure be happy I got this model) - Just as powerful as other 1080s - Kind of insanely overclock-able (or I won the silicon lottery) - Less expensive than other 1080s!

Overall Review: I think I lucked out on the silicon lottery because I can run the memory at the highest afterburner will allow (+1000mhz), and then I tweaked my GPU to oc 150mhz while putting my power limit to 59% (I'm serious). So this thing is running cool as a cucumber and faster than any 1080 you can buy at stock settings. On top of all that it's way smaller than any other 1080 which "case proofs" it. Even in a big case it's just nicer to have extra room for whatever else you have going on in there. I'm sure you can imagine I'm ultra happy with this card.

Cons: casing is plastic. its nice build card otherwise, metal would have been nicer.

Overall Review: this GPU was paired with a ryzen 5 6 core and tested about 20 games @ 1080p 60 fps most games you could set the resolution scale to 150-200% not much headroom and crashed at 1993mhz. stable at its auto clock. voltage was left untouched. its not loud....compared to 5 case fans. compared to those its almost silent. 6 MONTH UPDATE. the card is still performing as it was day one, its gets a little warmer due from summer time weather approaching and can reach 70C under 4k gaming and 60-65C 1080p gaming. if you keep your room temps in check and use an AC the card can go as low as 40C running at 1924mhz in 1080p in a room that is 68F

Cons: - Unstable OC at 2 GHz boost - Some coil whine - Fans work, but they can be a bit loud if you're sensitive to that sort of thing. - No RGB match for the bright white of logo LED.

Overall Review: If you're a performance junkie with a large enough case and cash pool, look for a card with a larger cooler, or try water. I chose to buy this card because it was small, and it was on sale for ~$500. I didn't expect or need super OC performance, but I have to admit a tiny bit of disappointment about being unable to squeeze a little more out of it after seeing what some others have done. Still a great buy, and I'm happy. You'll need to setup a fan profile, or the fans might drive you nuts. They sound like the propellers of a drone when they're wide open. I seem to top out at around 74C in my mid ATX case in FPS games, but it's climbed even higher when I didn't limit framerates in graphically demanding AAA titles at 1440p max settings. Temps are a tiny bit lower running stock, but not much lower. I get a bit of coil whine at stock or OC settings, but it's not terrible. I also get buzzing interference with my speakers (not my headset) that I never had in the past with my R9 AMD card, and it happens every time I launch a game. Only goes away if I limit FPS to 70 or below. Haven't troubleshooted that because I game on headset. - It might be time to update my 5-year old Thermaltake PSU. Perhaps that would remedy the whine and interference. I don't mean to come off as negative with the few issues I have. If you want a GTX 1080, and you want it small, look no further. It's the real deal, and it's a nice price. You'll shred all competitive FPS and RTS games at 2k with your Mini GTX 1080. Kudos to ZOTAC! Build below: - NZXT S340 ATX Mid Tower - ASRock Z270 Killer SLI/AC - i5 - 7600K cooled by Hydro H50 -16GB GSkill Ripjaws V series clocked at 2400 - 500 GB Samsung 960 Evo M.2 NVMe - ZOTAC GTX 1080 Mini - 850W Semi-Modular Thermaltake PSU

Pros: Some games have taken on a whole new look. It auto boosts to well over 1800mhz. Smaller than the others.

Cons: The price.. Cheaper than others though.

Pros: Great card! Even on my 5-year-old rig, it runs (a very heavily modded) Fallout 4 and Mass Effect Andromeda quite well, both on Ultra settings, far better than my previous 970 did. So all in all an excellent upgrade in my case (no pun intended).

Overall Review: I'm quite happy with my purchase! I can certainly echo the sentiments of other gamers in that "I wish it was faster", but in retrospect, I see no negative aspects to this card. The Mini version is perfect for anyone looking to squeeze more life out of their previous-generation builds, especially with smaller cases, without spending a fortune on either an overhaul or a new rig.

Pros: Great little card and it's a GTX1080. Runs cool and silent at idle. One power connection with only one white led logo light. I'm very happy with this purchased. Zotac makes great product at an affordable price compared to the big brands.

Pros: -Full power 1080 in a small form factor (I use this in a Fractal Design Node 202 and it fits perfectly with space to spare). -Fans have no problem adjusting speed as needed, keeping your system generally quiet. -White LEDs aren't overwhelmingly bright or obnoxious, just subtle enough to letchya know everything's hunky dory.

Cons: -None that I've found

Overall Review: This card is taking over for a pair of R9 285s in crossfire, and the difference is spectacular! Lower power consumption for much better performance and enough vram to kick everything up to ultra without worrying about missing/corrupt textures. I have this matched with a 7700k in a mini itx case and it's great- quiet while idling yet still able to give you all the zazz of a full-sized GPU. Display Port functions well to fully utilize monitors with integrated USB hubs.