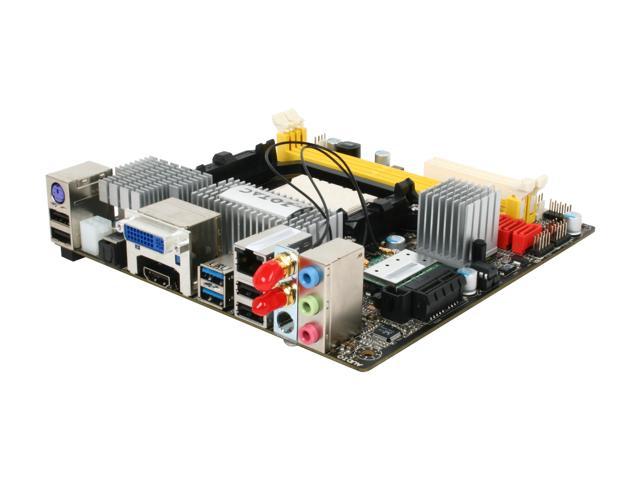 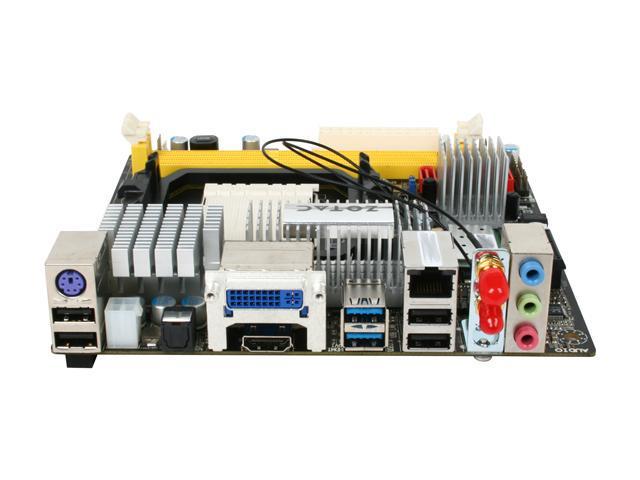 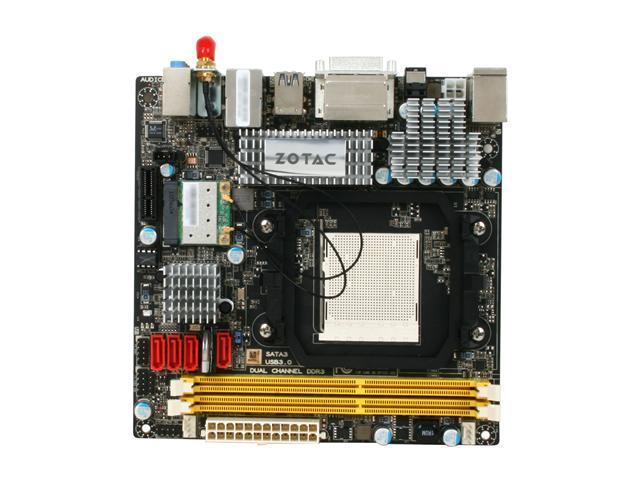 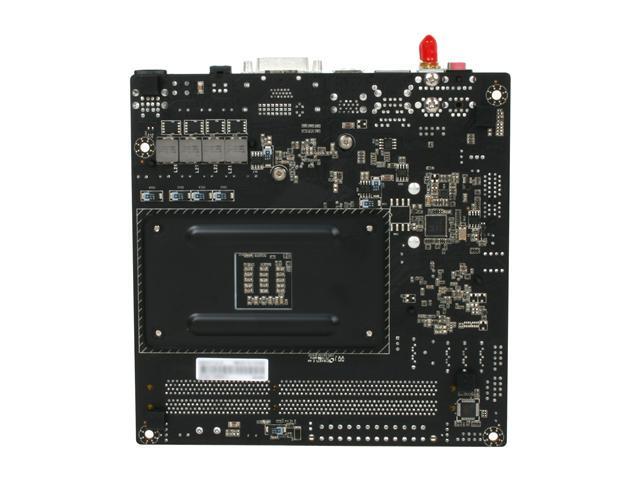 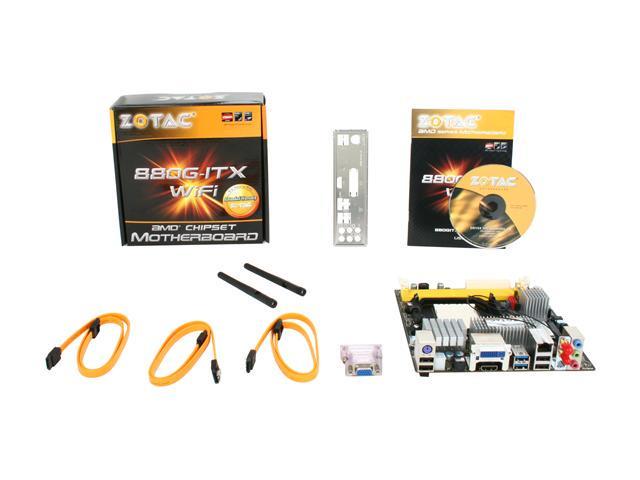 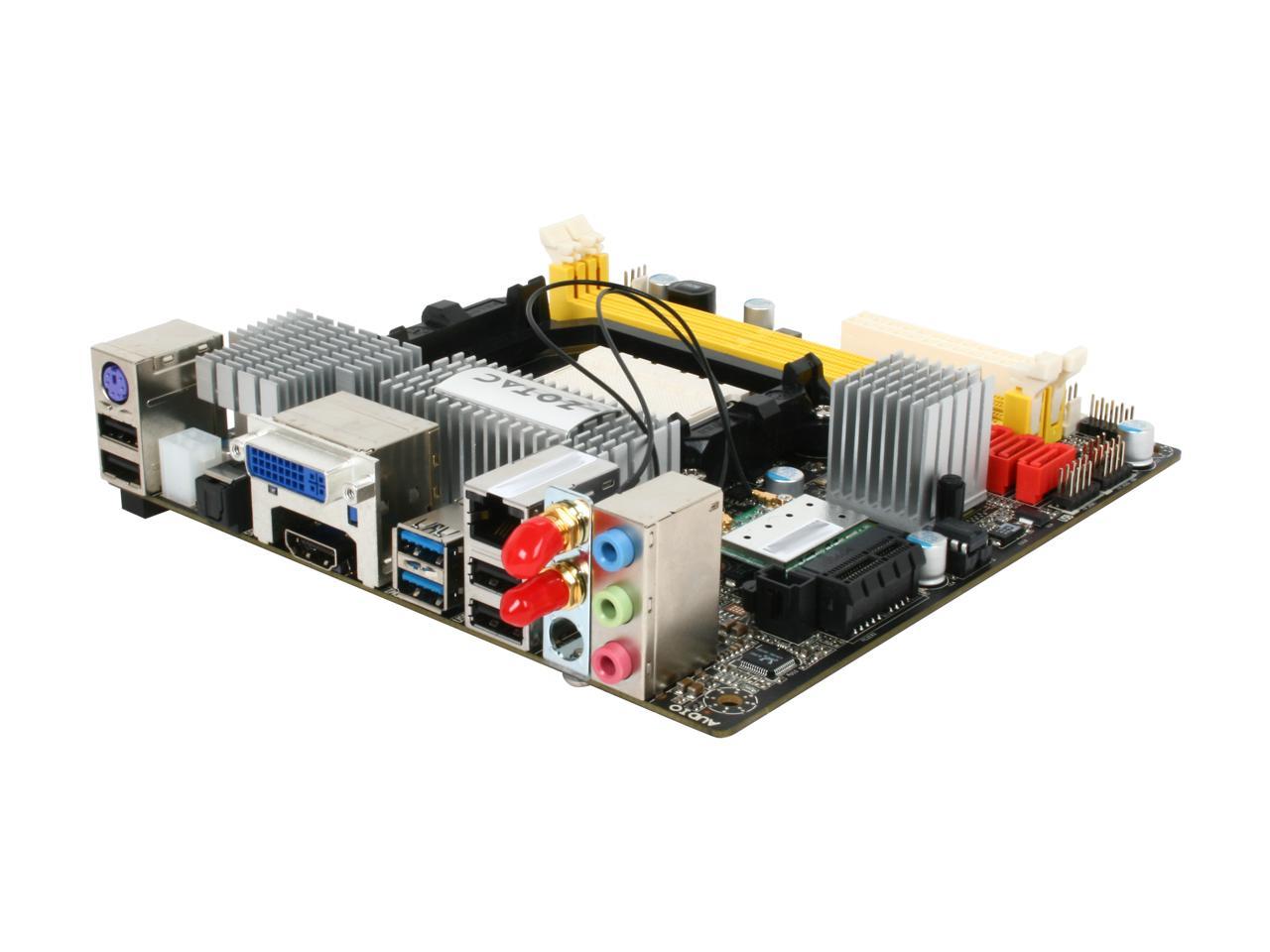 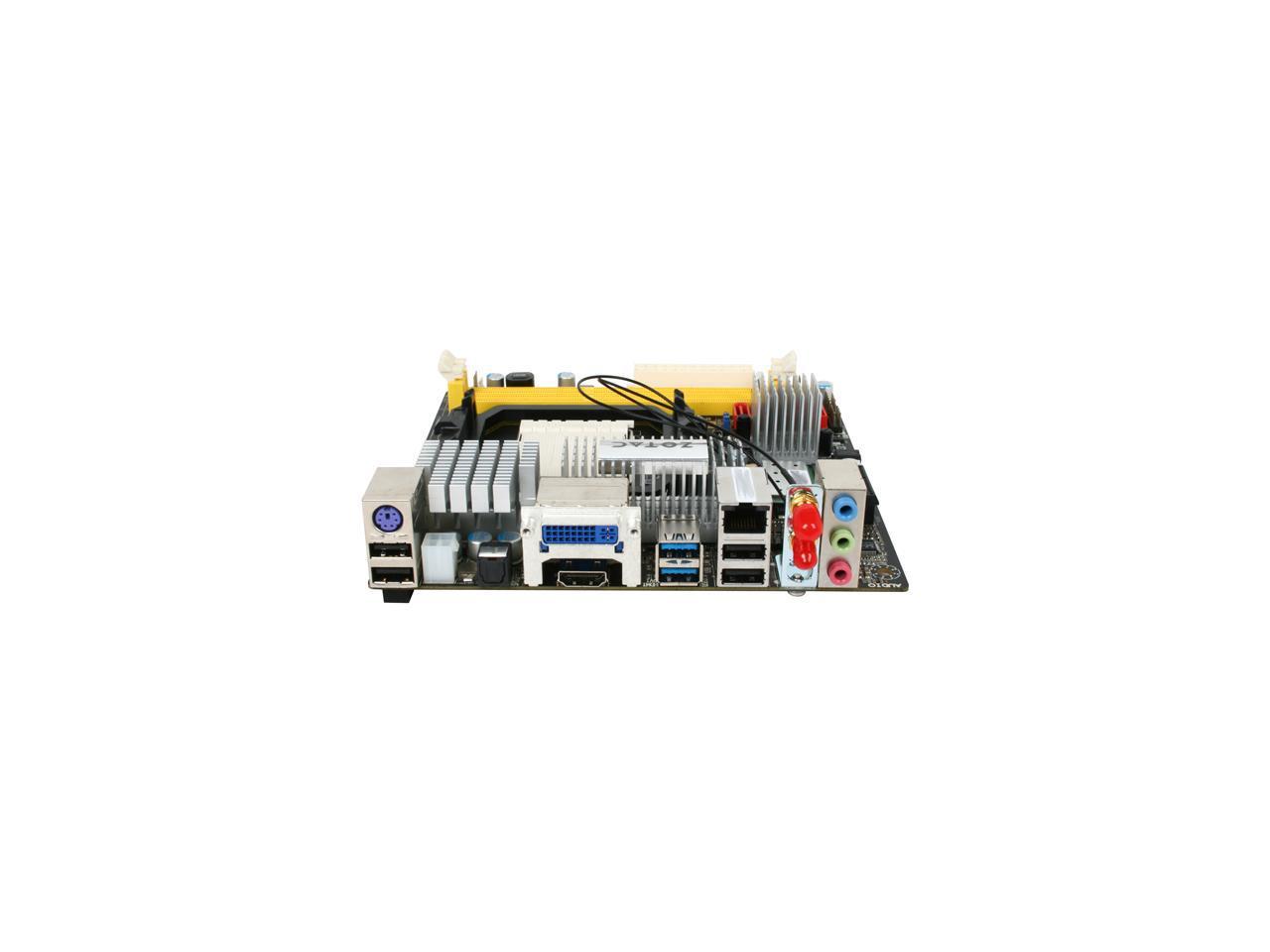 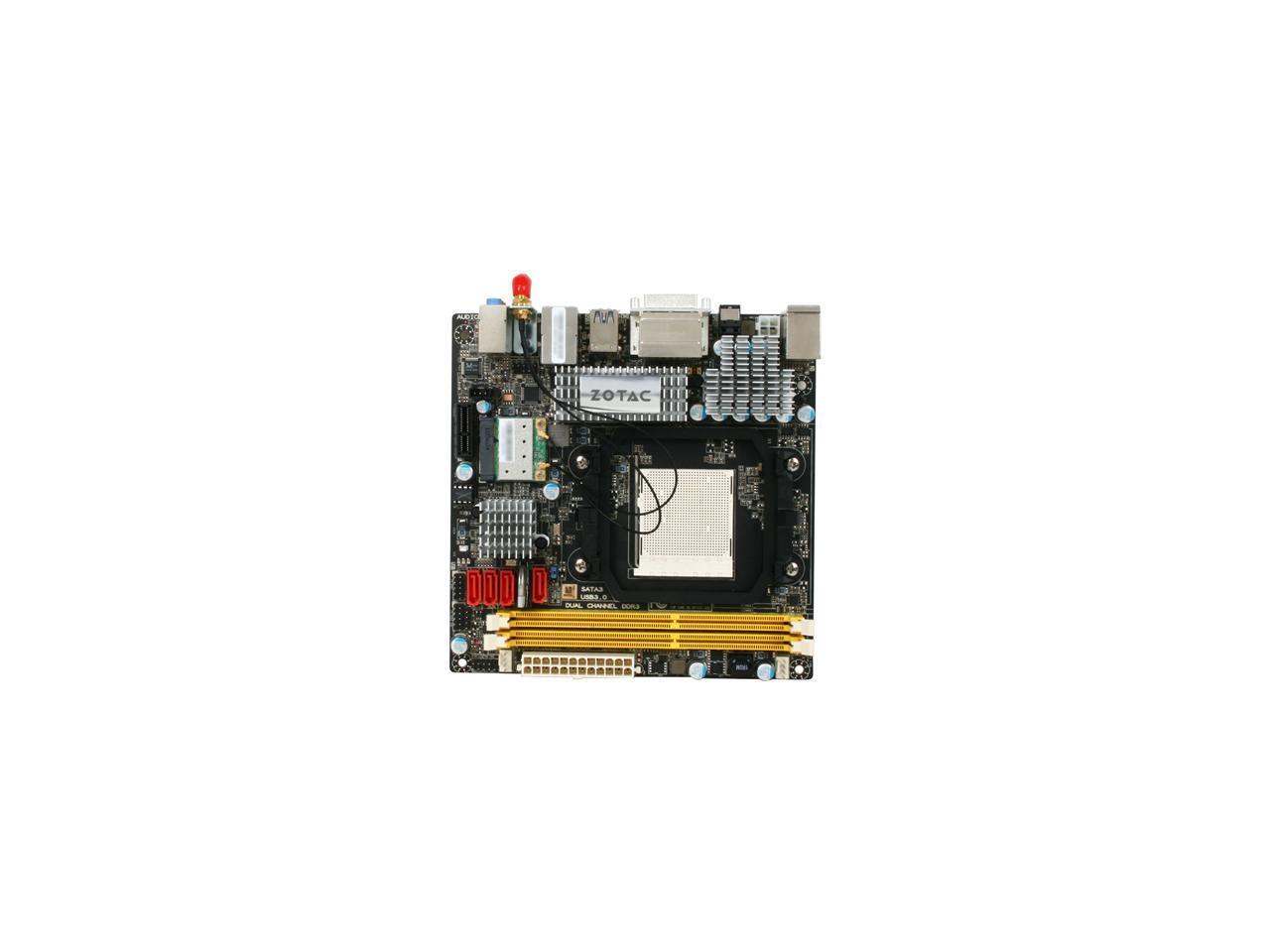 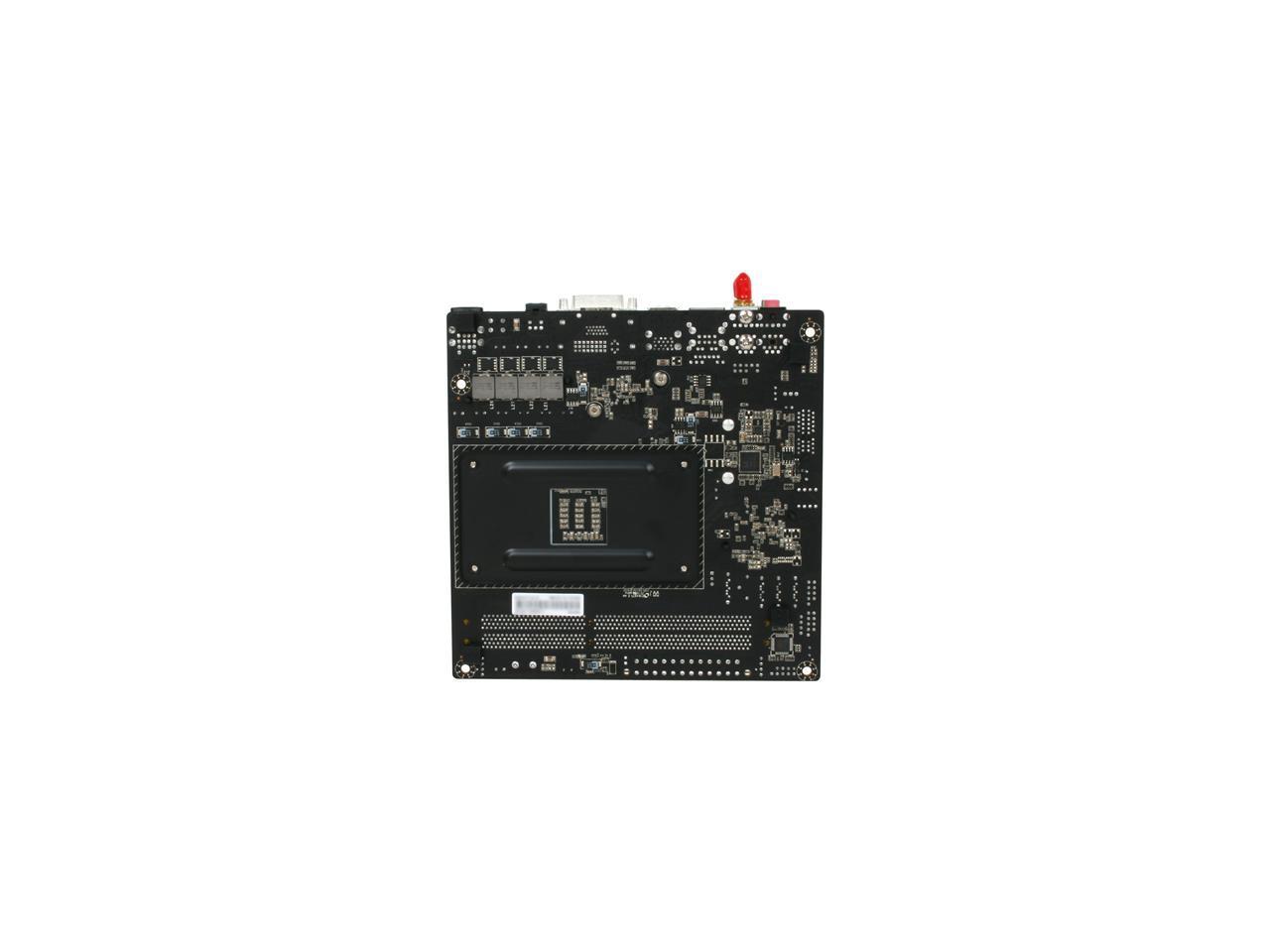 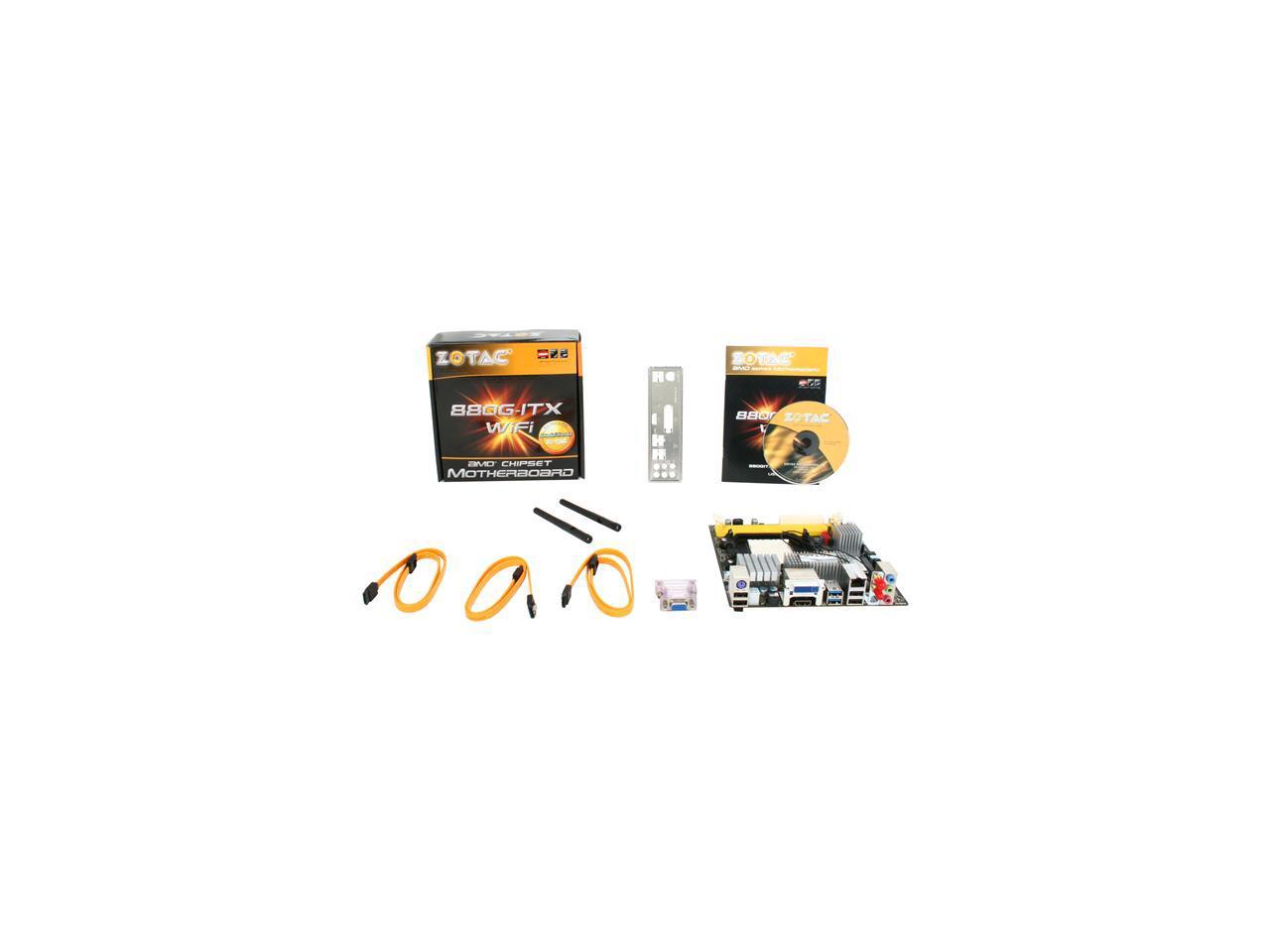 Learn more about the ZOTAC 880GITX-A-E

Pros: Boots any OS and runs stable. Suspend/resume is fast! Wireless adapter (Atheros AR9285) is Linux-friendly, connects instantly every time. Many still think that miniITX form factor is for lame-CPU, low-power, low performance devices, not this one! I’m using Phenom II 550BE 80watt CPU, which is below mobo max of 95w and still allows for some overclocking. I’d say that a Callisto at 3.6GHz / 1.375V is a reasonable upper limit for this mobo, that’s impressive for a miniITX. I ran PassMark performance test and compared with ALL systems using the same CPU and GPU and this mobo benchmarks above average.

Cons: The first one had BIOS error beep codes (1 long 2 short) so I sent it back. The 2nd one had the same so I called Zotac and inquired. Apparently, in the Zotac world BIOS beep codes are a GOOD thing and not errors! This mobo beeps with every USB device that it recognizes, so 1 beep for USB mouse, 1 beep for USB flash drive, etc. BIOS boot menu will NOT show Linux-formatted USB flash drives, but will list Microsoft-formatted drives. So to boot Linux from USB flash you have to select it as 1st boot device INSTEAD of hard disk and hard disk will not longer boot until you change the BIOS again. Incorrectly runs memory (G.Skill F3-12800CL9-2GBNQ) at 1.62V and CR = 2T instead of 1.5V and CR = 1T, and BIOS does NOT allow changing DDR3 voltage or command rate! Vcore always shows ~0.84V even when running CPU at 3.6GHz, which is impossible of course. Smart FAN will only control PWM fans so you must use manual % for 3-pin fans.

Overall Review: There’s a blinking LED right next to the PCIE x1 slot not mentioned in the manual, if somebody figures out what it is pls let us know. Despite the Mickey Mouse BIOS this mobo works well. The 550BE feels snappier in high-performance mobos, this Zotac feels like it’s self-throttling, I suspect a lot of V-droop, voltage regulation... but it runs nice and cool so I’m not complaining... it idles at 30watts or less at the wall. Due to their small size, mini ITX typically have electronics soldered on the back, which often interfere with CPU backplates, like the intel Gigabyte H55N mobo. The AM3 mounting bracket on this one is interference-free so it feels very secure with a Thermalright AXP-140 heatsink. Asus is the only other choice on AMD platform, but I don’t trust their quality, M4A88T has center-mounted CPU, SO-DIMMs and SB710, whereas the Zotac has the latest SB850 with FOUR (4) 6GB/s SATA 3.0 connectors which is even better than Sandy Bridge, lol

Pros: - Stable and not picky about RAM (takes 2 regular DDR3 DIMMs) - Everything works as it's supposed to (removed Wifi, so can't testify to its quality, but the mini PCIe card can be replaced easily/cheaply if you don't like it). - No S3 sleep issues with Win 7 x64 like many other boards - VERY low DCP latency with newest drivers - S/PDIF (TOSLINK) - enough USB ports (+internal headers) - both fan headers 4-pin (fan speed control works) - couldn't find an electrolytic capacitor on the board, all components seem decent (including heatsinks) - Overclocks reasonably well with quad core 95W CPU (2 x 4GB DDR3 1333) - NIC supports jumbo frames - USB3 (works with updated firmware/drivers) - HDMI/DVI (both work) - 4 SATA III

Cons: - no PCI-E x16 (big deal for gamers I guess) - no eSATA, but one can use one one of internal SATA ports with a bracket. - "only" 4 SATA ports - probably not enough for a NAS

Overall Review: Bought it for a friend as a replacement for his dedicated Traktor DJ box that never really worked that well due to audio latency issues (also Phenom II/Zotac based). This thing works reliably with ASIO latencies set to 1ms (yes, 1ms!) (24 bit) with a PCI-E audio board notorious for its latency problems WITHOUT any tweaking and with a full installation of Windows 7 x64 (nothing removed, nothing tweaked). S3 sleep works like a dream. Seems like a perfect board for a HTPC (with a 45/65W CPU) or for a tiny general purpose PC (with a 95W quad core). Having had a pretty bad luck with Zotac, I can't find a single significant flaw in this one. Let's hope it's as durable as it is good. btw, I installed the most recent drivers for every device and updated the firmware for the USB3 controller (I used nothing from Zotac's website or the included CD).

Pros: Great features in such a small package. Been running for two weeks now with no problems.

Cons: None....Except for the shipping charges.

Overall Review: This is my first Mini ITX build and I must say that I am well pleased with it. Here is a list of everything I used and all bought from newegg. APEX MI-008 Black Steel Mini-ITX Tower Computer Case 250W Power Supply ZOTAC 880GITX-A-E AM3 AMD 880G SATA 6Gb/s USB 3.0 HDMI Mini ITX AMD Motherboard AMD Phenom II X2 555 Black Edition Callisto 3.2GHz Socket AM3 80W Dual-Core Desktop Processor G.SKILL Value Series 4GB 240-Pin DDR3 SDRAM DDR3 1333 (PC3 10666) Desktop Memory Seagate Barracuda ST3500413AS 500GB 7200 RPM SATA 6.0Gb/s 3.5" Internal Hard Drive LG CD/DVD Burner Black SATA Model GH22NS70 Added another 500gb drive i had laying around. I had to relocate the CPU fan because of the limited space. I also added two 80mm fans to the bottom of the case so she will have plenty of air flow.

Pros: The board generally worked well with linux and the BSDs, except for the SATA ports in AHCI mode.

Cons: The AHCI chipset probes as Generation-2 only, and connects to 6GBit/sec SATA-III devices at only 3GBits/sec. This is the actual chip registers that are indicating this and has nothing whatsoever to do with any software drivers. What is weird is that this is the 880G chipset w/presumably the SB850 southbridge, which DOES support 6GBit/sec SATA ports because I have the same combo on my Gigabyte 880GMA-UD2H mobo and it probes the same devices at 6GBits/sec speeds. My presumption is that the Zotac BIOS has very old chipset firmware in it and/or the chipsets have very old firmware, or the BIOS is doing something stupid and blowing up the link configuration causing the chipsets to indicate only 3GBit/sec operation. Or they are lying outright. The information on the site is extremely poor. The BIOS update requires a msdos floppy, so old. Updating my BIOS didn't solve the problem. Boot order selection doesn't work very well w/ regards to having a USB stick override the normal HDs

Overall Review: I see a lot of poor reviews, and mine is poor too in that the board is advertised as having 6 GBit/s SATA ports when it doesn't. The BIOS also has poor usb keyboard emulation and poor memory & cpu clocking controls, and the smart fan doesn't quite feel right. But insofar as operating as a small server the lack of 6GBit/s SATA support is the only showstopper.

Pros: Excellent Motherboard for ITX Builds. Small enough to fit into small spaces. Bought this to make an ITX Server (Windows Home Server v2). Fits inside the HP Mediasmart Server Case (modding of the case needed to connect peripherals such as keyboard/mouse etc). Works With AMD Phenom II X6 1035T Processor. For a small space use a thin heatsink. I just bought a Scythe SCSK-1100 100mm SHURIKEN Rev.B 3 CPU Cooler that is only 64mm tall. Hopefully it will work well with this.

Cons: NONE AT ALL!

Overall Review: I'm absolutelly happy with the build quality of this mo-bo. I became a fan of Zotac. Highly recommend.

Overall Review: This board works perfectly for me. Making an HTPC with an older receiver without HDMI input I needed the optical out. Running HDMI to a 50" plasma and audio with optical out allows me to get 5.1 surround with no problems. Despite driver compatibility issues between ATI and Linux I have had no trouble streaming Hulu, networked DVDs, mlb.tv, etc. Also, wireless card worked flawlessly without the need to install additional drivers. I am using an AMD Athlon II x3 440 CPU.

Pros: Video quality is excellent (at least at 720p), wifi is great, the PCI Express x1 slot convinced me.

Cons: Digital audio out is only on 2 channels, somehow this is the industry standard (Asus has the same problem), which is why I took an egg out.

Overall Review: I bought an Asus DX1 for 5.1 digital sound, which makes it a perfect HTPC system (running on Windows 7 Ultimate). Of course, the total cost went up by about $80.