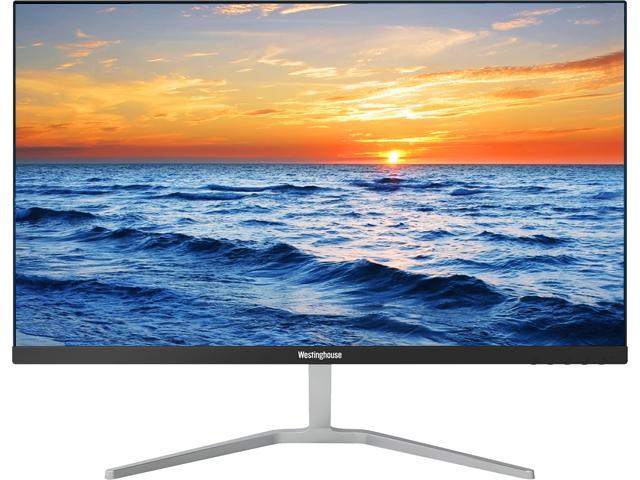 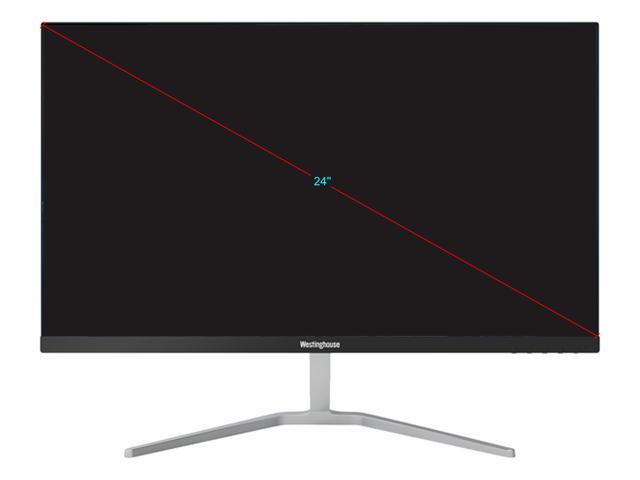 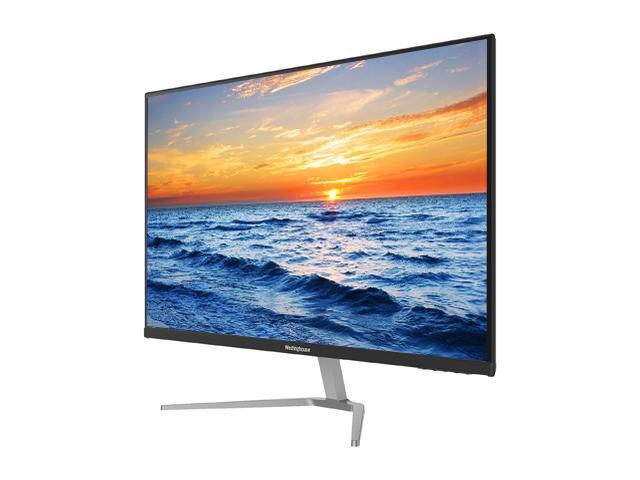 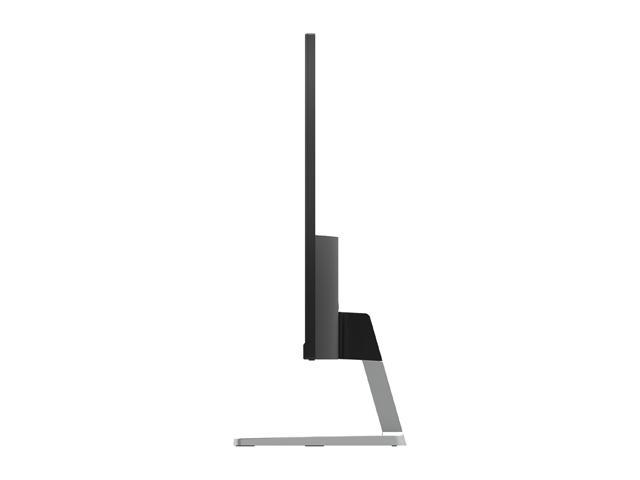 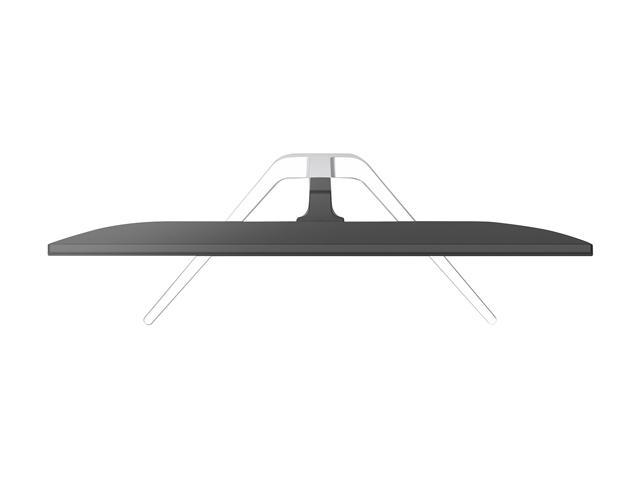 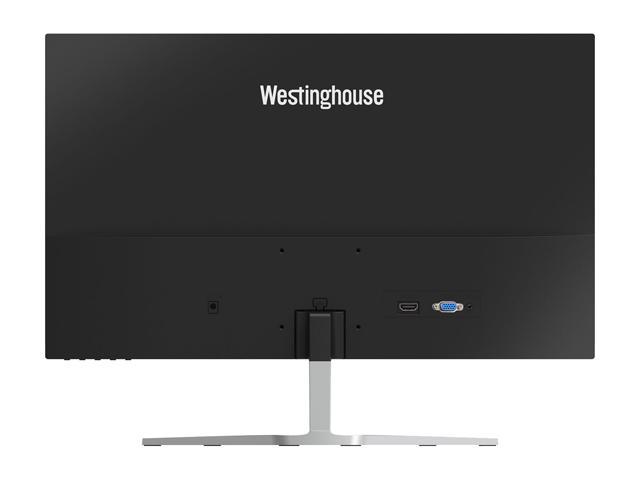 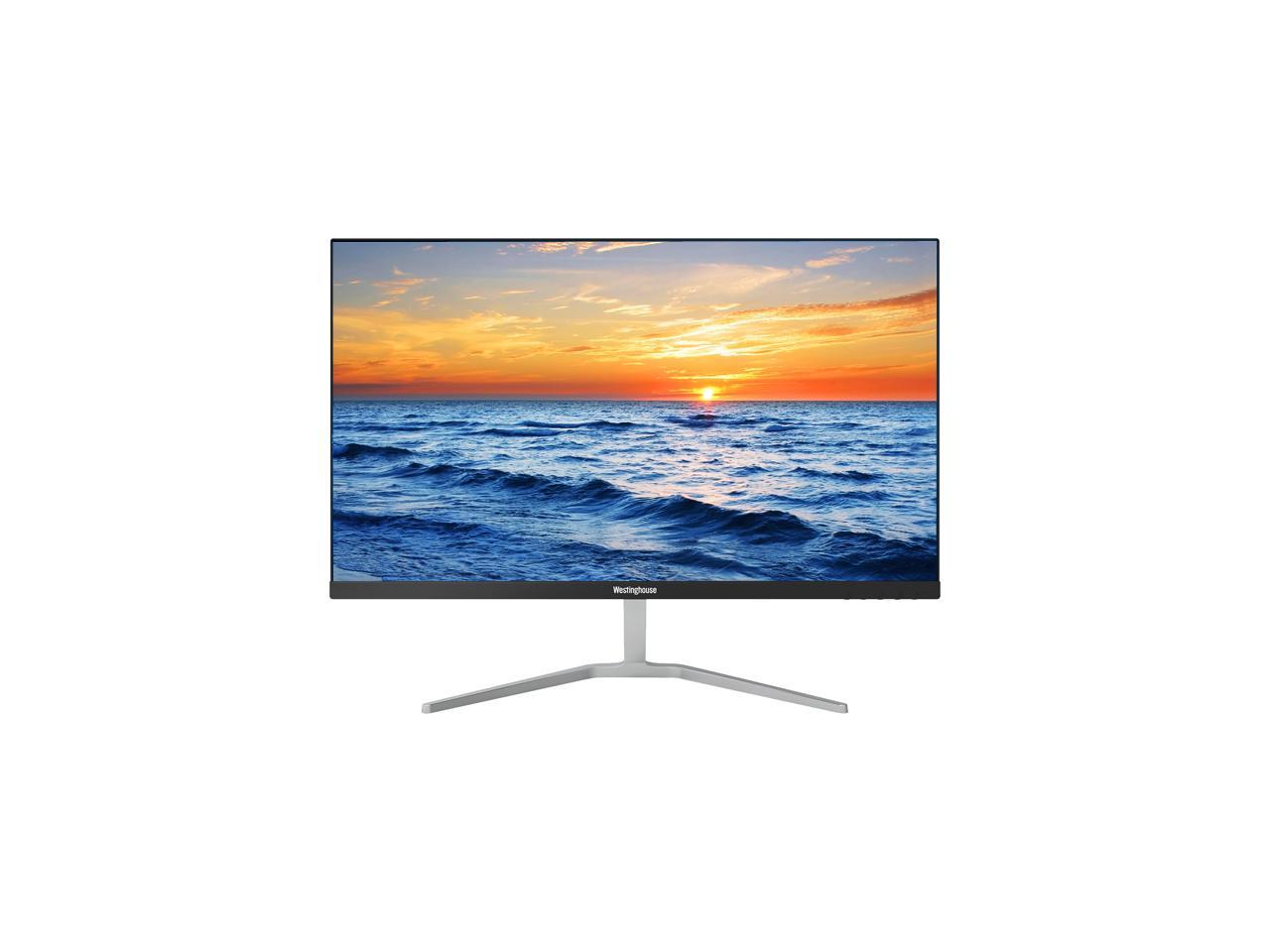 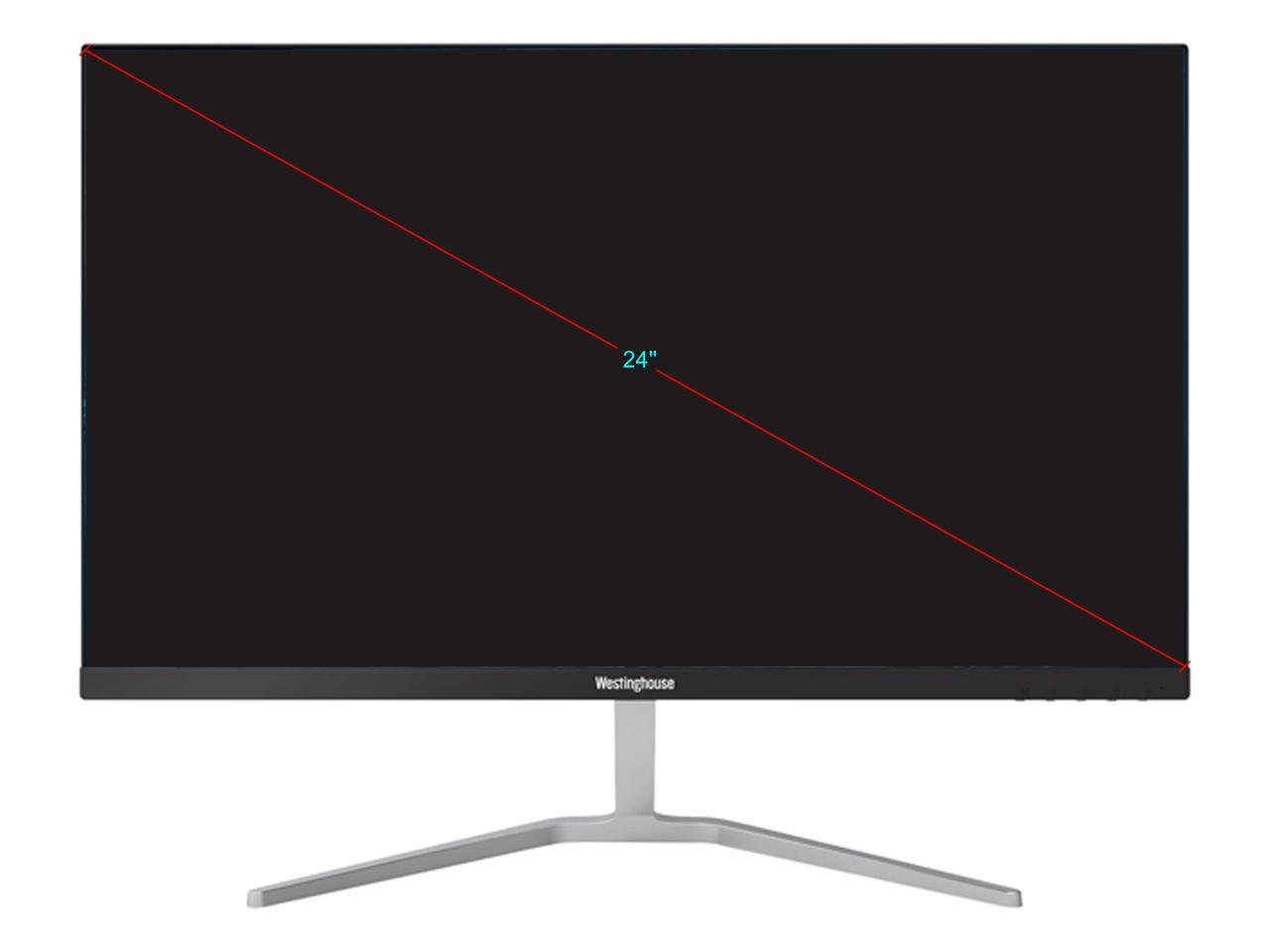 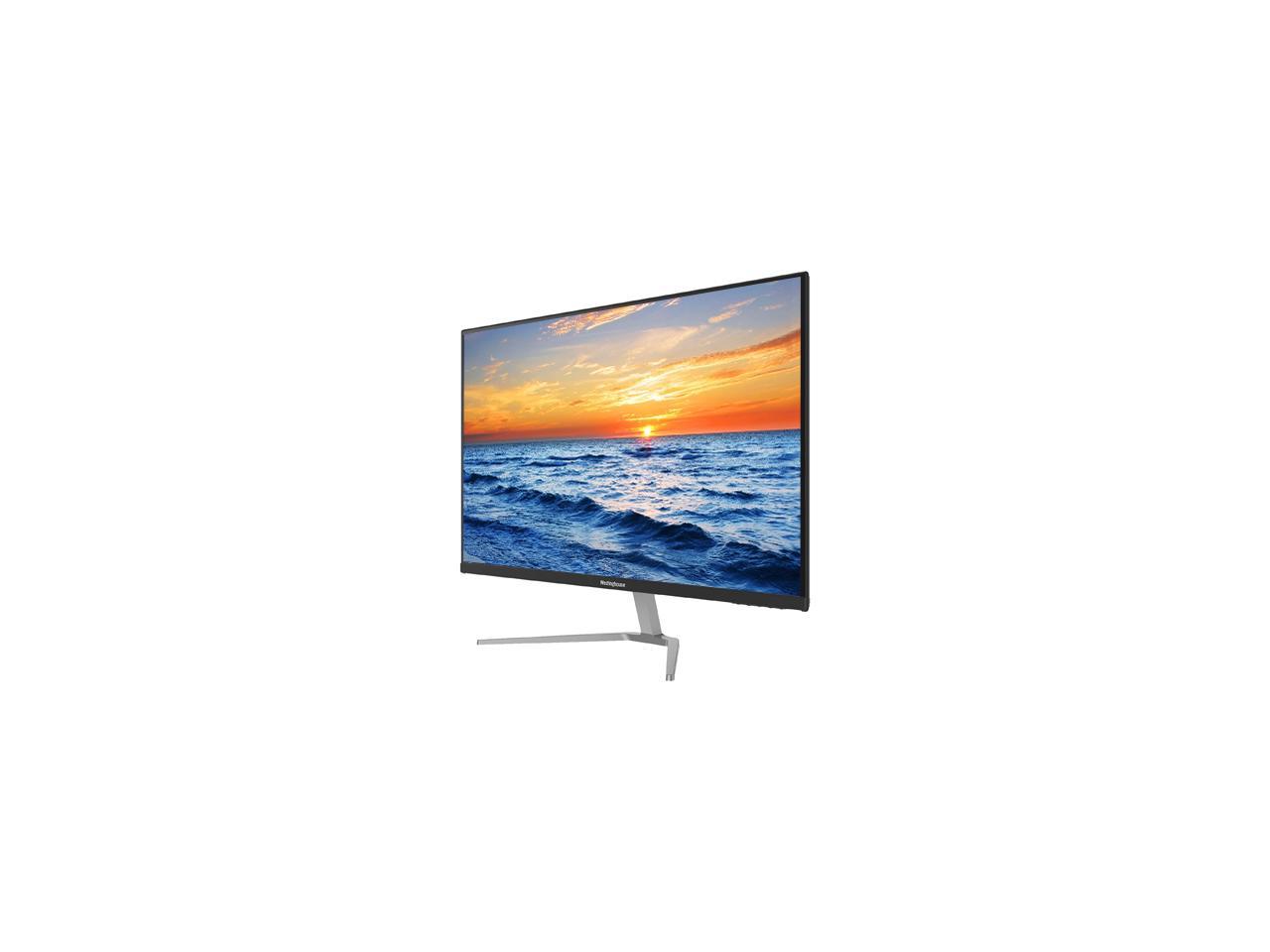 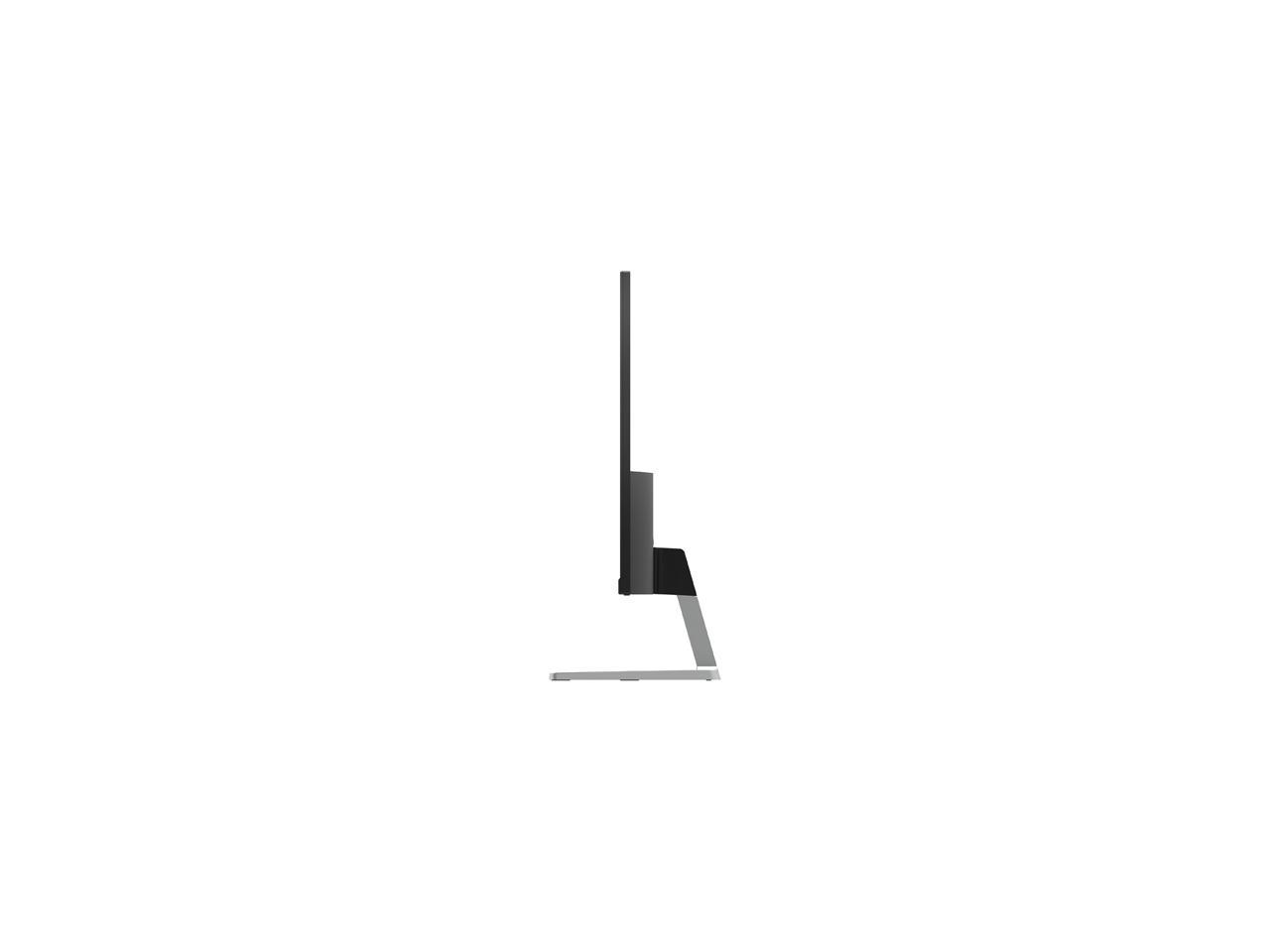 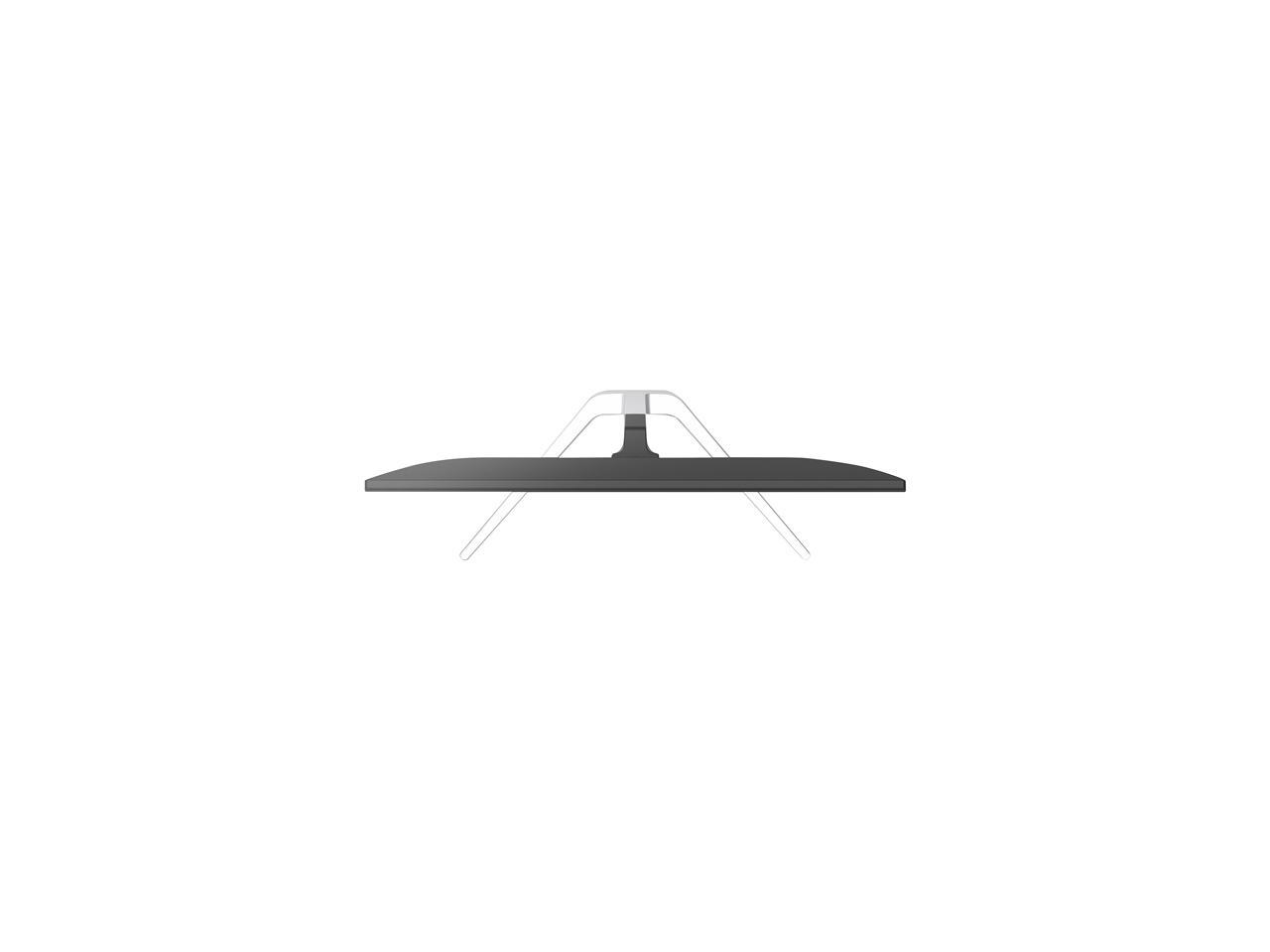 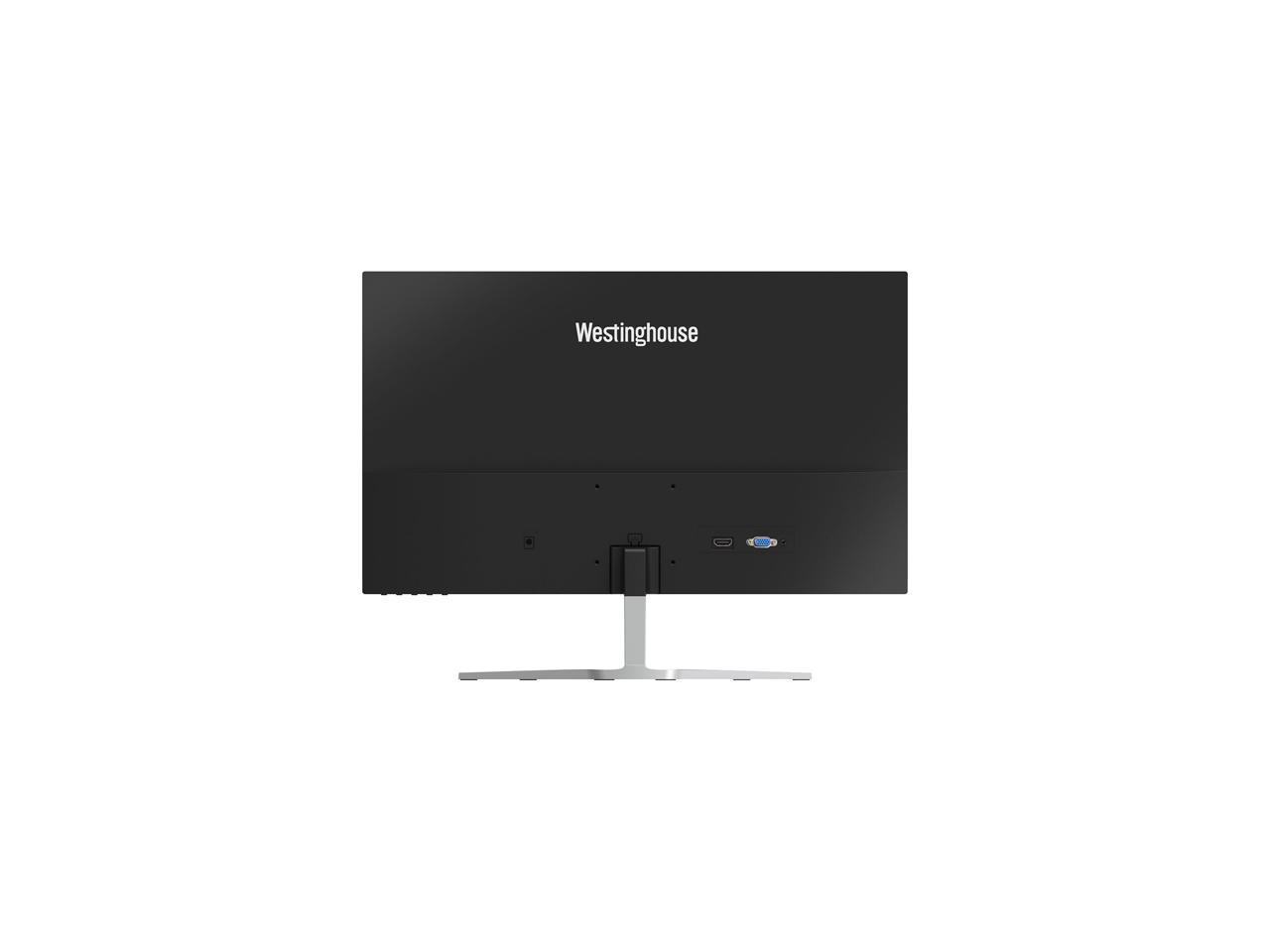 Features a thin bezel design to enhance your workspace along with providing a seamless multi-monitor viewing experience. With a 16:9 aspect ratio, you gain a wider viewing angle and reduce reflection. Reduce eye-straining or fatigue from extended viewing periods with EyeRest technologies: Anti-Glare, Low Blue Light & Flicker Free. Adding to your viewing comfort, adjusting the angle of your screen with our Tilt Screen feature is simple to do.

Stylish Design to enhance your workspace along with providing a seamless multi-monitor viewing experience.

Easily adjust the angle to fit your preference for position and comfort.

Connectivity for Full High Definition or traditional PC use.

Learn more about the Westinghouse WH24FX9019

Cons: It is not bezel less unless your definition of no bezel just refers to the plastic that would normally cover the dead part of the panel on the edges. vesa mounts are very low on the back (compared to previous monitors), almost made them not work with my dual monitor stand which ,admittedly, is mounted upside down so it likely wouldn't be a problem for most setups.

Overall Review: It has almost no "bezel" as advertised, however the image still stops well short of the edges of the screen so in effect you still have bezels, they are just a portion of the panel that doesn't light up and would normally be covered by plastic. Kind of misleading, especially since the sales images for it show the picture going all the way to the edges which is what I was expecting.

7 out of 7 people found this review helpful. Did you?
Bernard W.
Ownership: 1 week to 1 month
Verified Owner
Quickly received but carefully check compatibility If adding to multiple monitors6/3/2020 12:05:38 PM

Pros: I bought this monitor to pair with 2 other 24 inch (Acer) monitors I bought from NewEgg two years ago. The Acer monitors have actually went up in price so I shied away from purchasing an additional one (I can't believe something like this would actually get more expensive). Anyway, communications and shipping from NewEgg was outstanding, as always....and the monitor has a beautiful screen that has thin sides.

Cons: (Only a con in my situation) The issue I ran into was on the back of this monitor....the location of the 4 screw holes to mount were much lower on this Westinghouse monitor than the location of the screw holes on the Acer monitors - so we were unable to mount all three evenly across our triple monitor stand. This was disappointing to my son but he decided to keep the monitor anyway.

Overall Review: Again, the disappointment is more on myself as I should have checked the location before buying, so I just wanted to mention it for others that might read this review and be looking for similar functionality..make sure you check. The monitor itself is very nice and a great value.

Cons: Totally different unit from one box to the next Low quality control

Overall Review: I got 2 of these at once so I'd have a matching set of monitors to work from home. Same model, same shipment. Same onscreen menus and frame. One has a good viewing angle and the other poor. One has crisp black levels and the other is abysmal. One updates the pixels faster than the other. The gap is so wide I suspect they use different display technologies fundamentally. So if you need consistency, don't look here. Also on my good monitor, there's a black fleck embedded under the film, so it's kind of perpetually dirty.

Overall Review: I have had it for a couple of week and so far I am very happy with this monitor

Overall Review: If you are looking for a monitor at a great price, then this is the one for you!

Pros: Clean picture on edge to edge display. Stand doesn't make all the table top area under display useless and is somewhat stylish.

Cons: Stand snaps in place, but I actually had a little trouble making it snap into place. I do think maybe I was over thinking it by trying to line things up where they didn't need to be. If it has any, then tilt adjustment might require removing stand.

Overall Review: Bought this just for a remote display for security cameras. So it doesn't have a lot of demands on it. We'd gotten another Westinghouse monitor back in the days when 14" monitors were huge and we were pleased with it too.

Cons: In less than a year both monitors are now going out and glitching regularly. Can't believe I ordered these. Was not worth my money to try and save. I would not recommend these as a regular monitor for non gamers, but DEFINITELY NOT for a gamer.

Overall Review: Do Not buy these

Pros: It displays an image? Was easy to mount? Plugs into my computer?

Cons: Not a thin bezel as advertised.

Overall Review: Has a thin piece of plastic bezel, but theres a good quarter inch on the left and right side of dead space. That is a huge difference than the advertised image.... I only bought 3 because I wanted them to "mesh" together at the seams, AS STATED IN THE DESCRIPTION "Features a thin bezel design to enhance your workspace along with providing a seamless multi-monitor viewing experience.........." I'm actually quite dissatisfied, I feel cheated out of 3 days shipping... Don't buy these if you expect a seamless display.