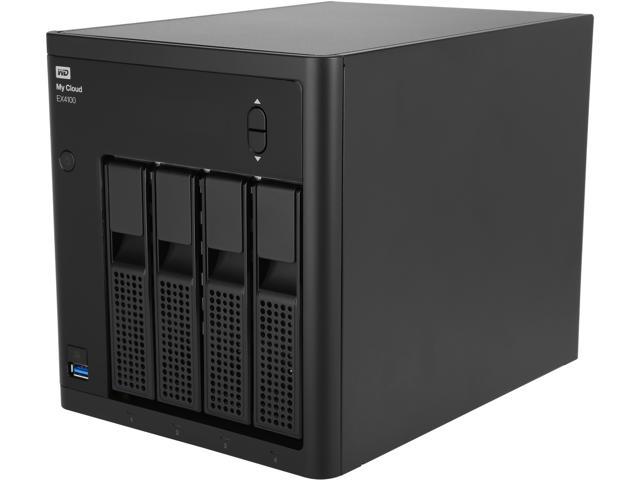 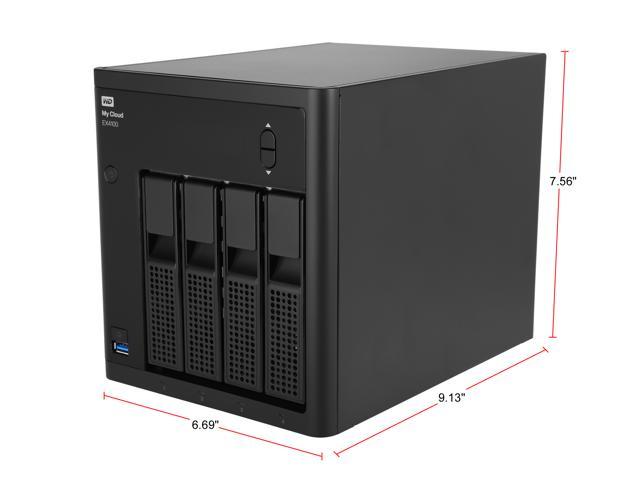 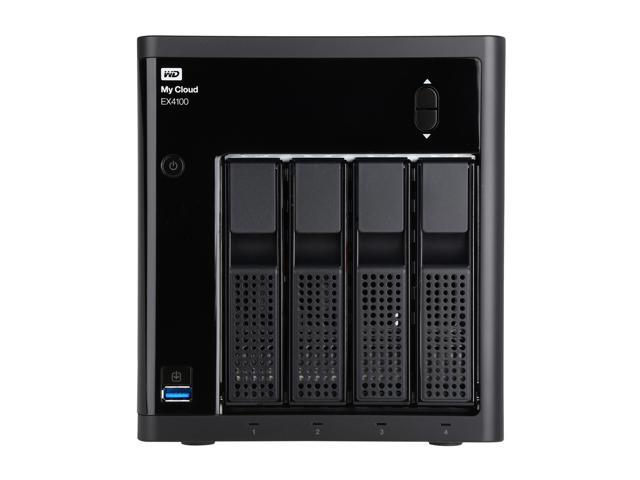 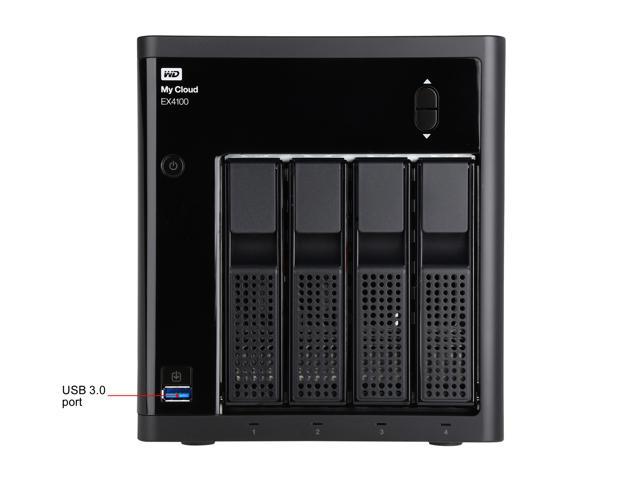 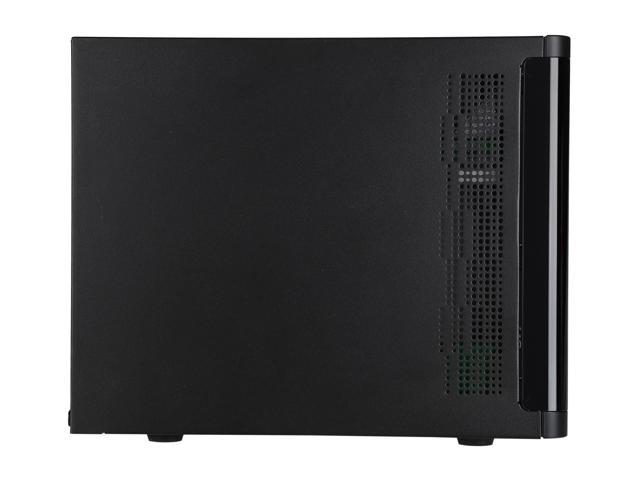 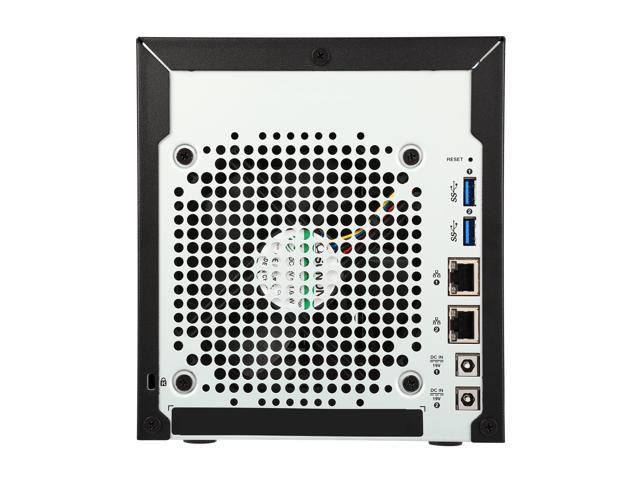 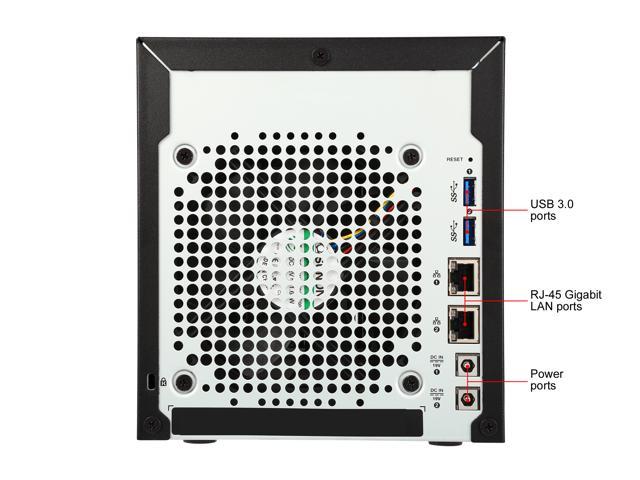 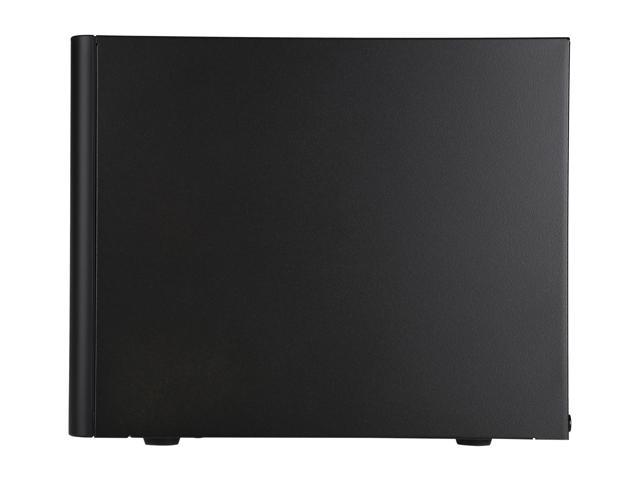 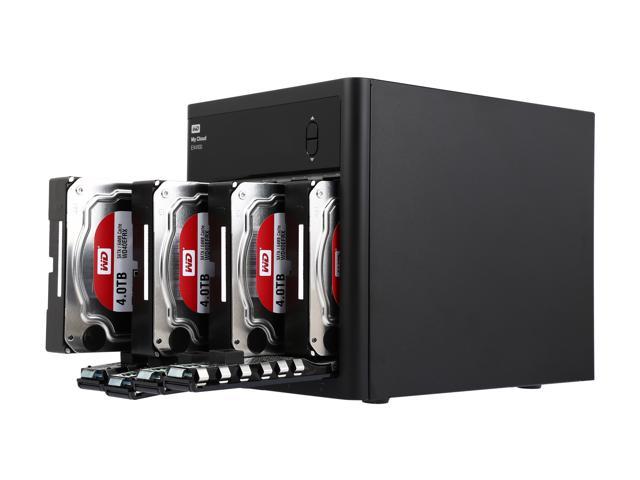 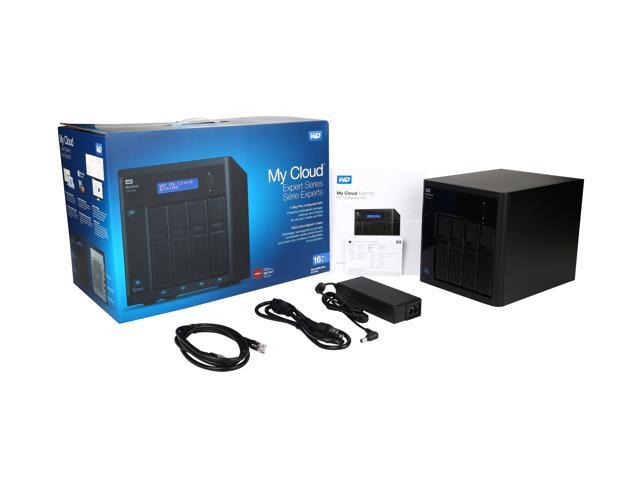 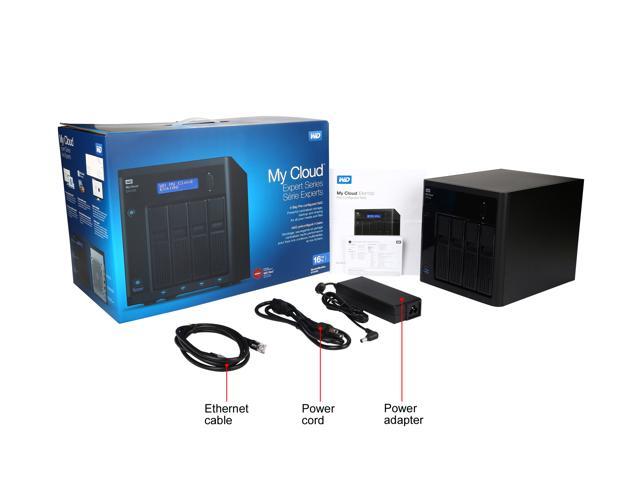 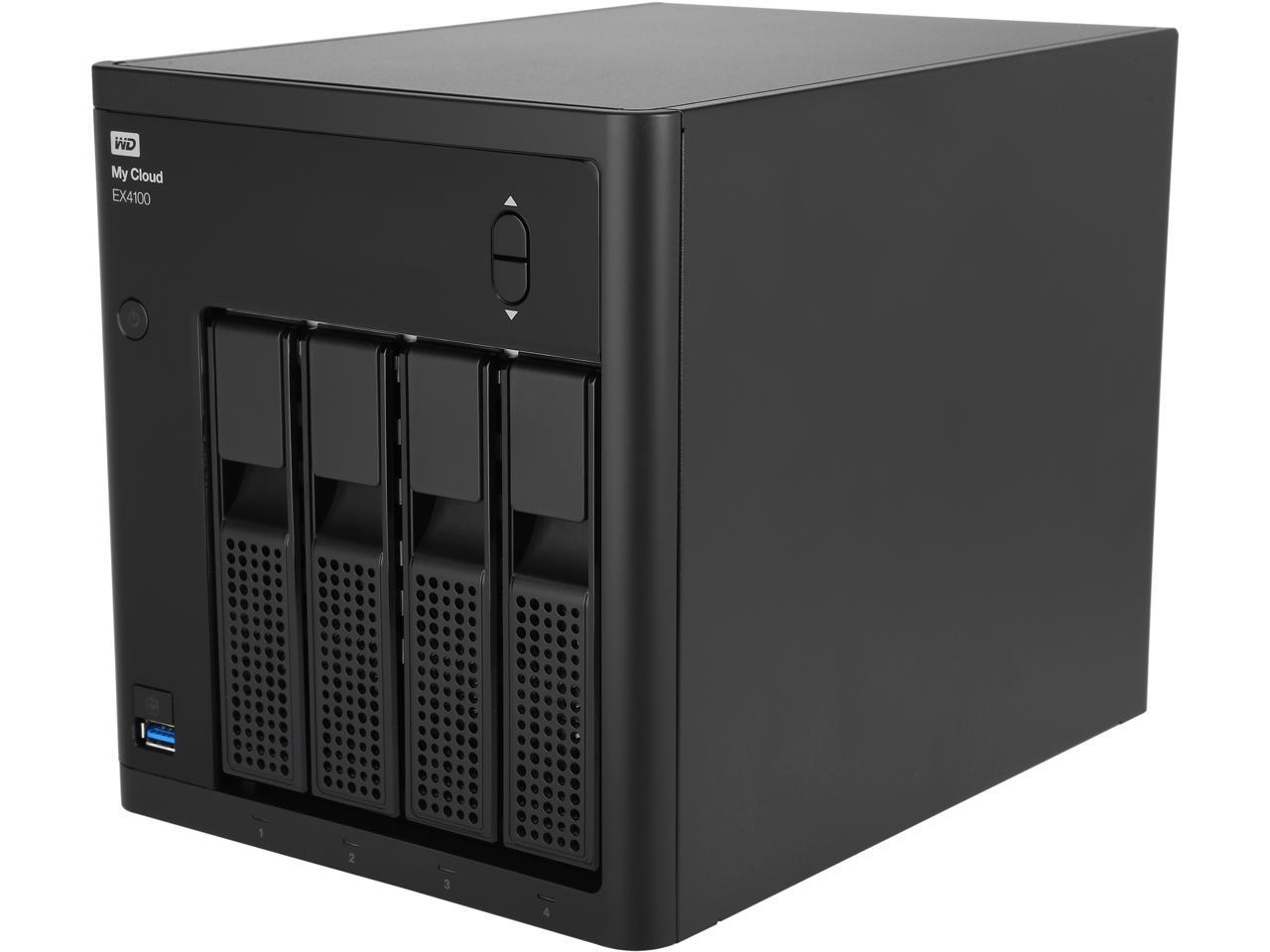 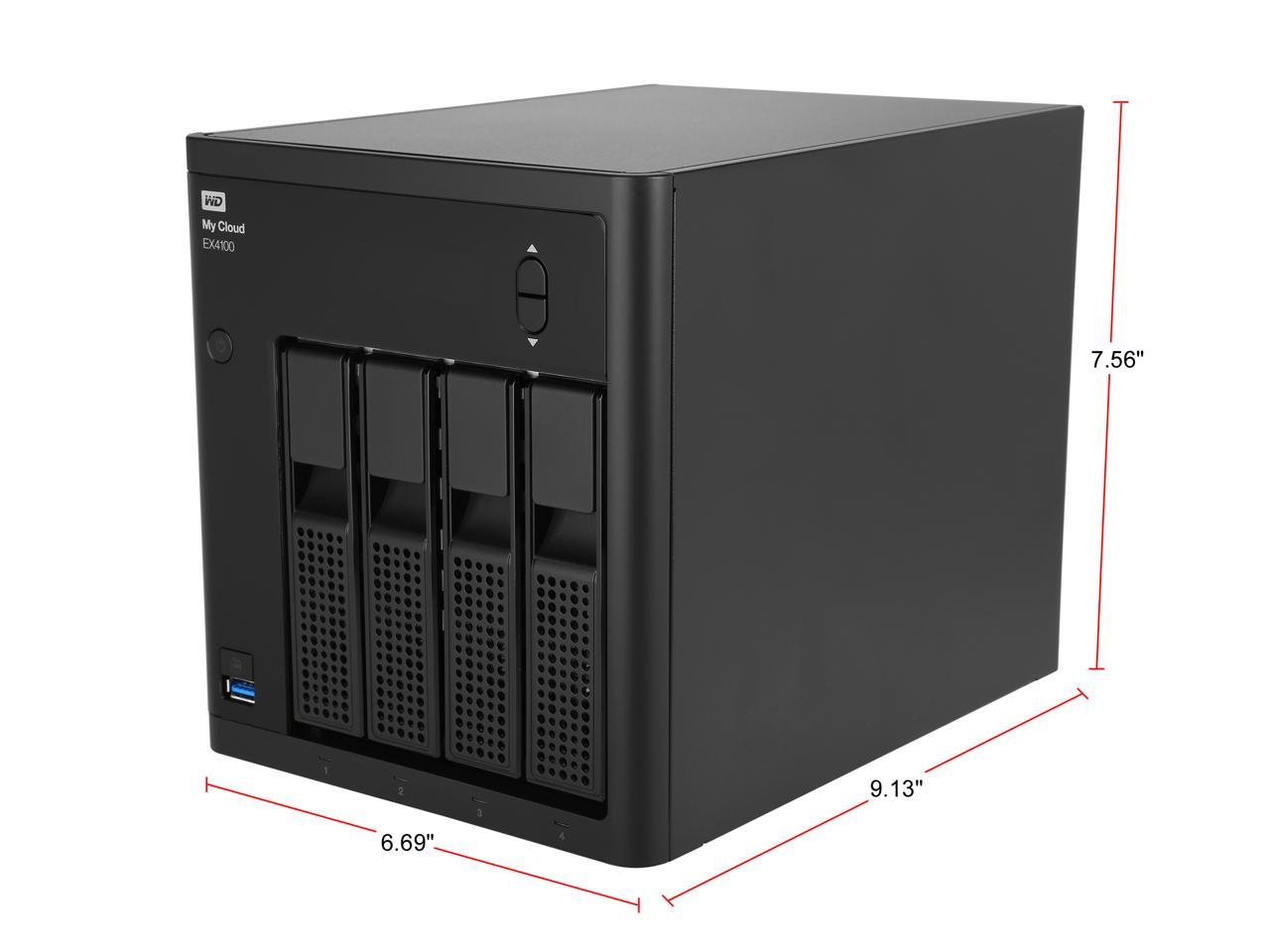 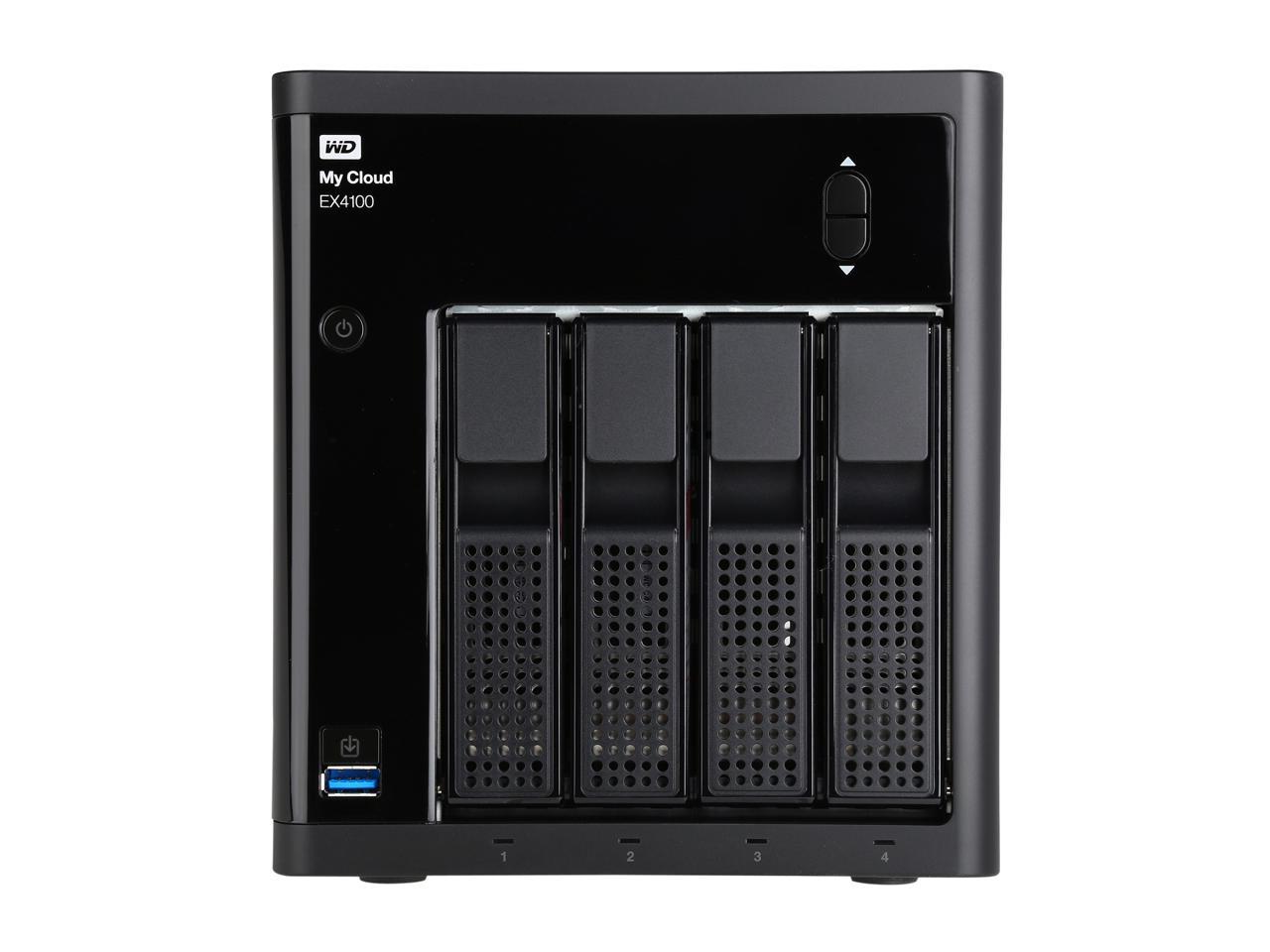 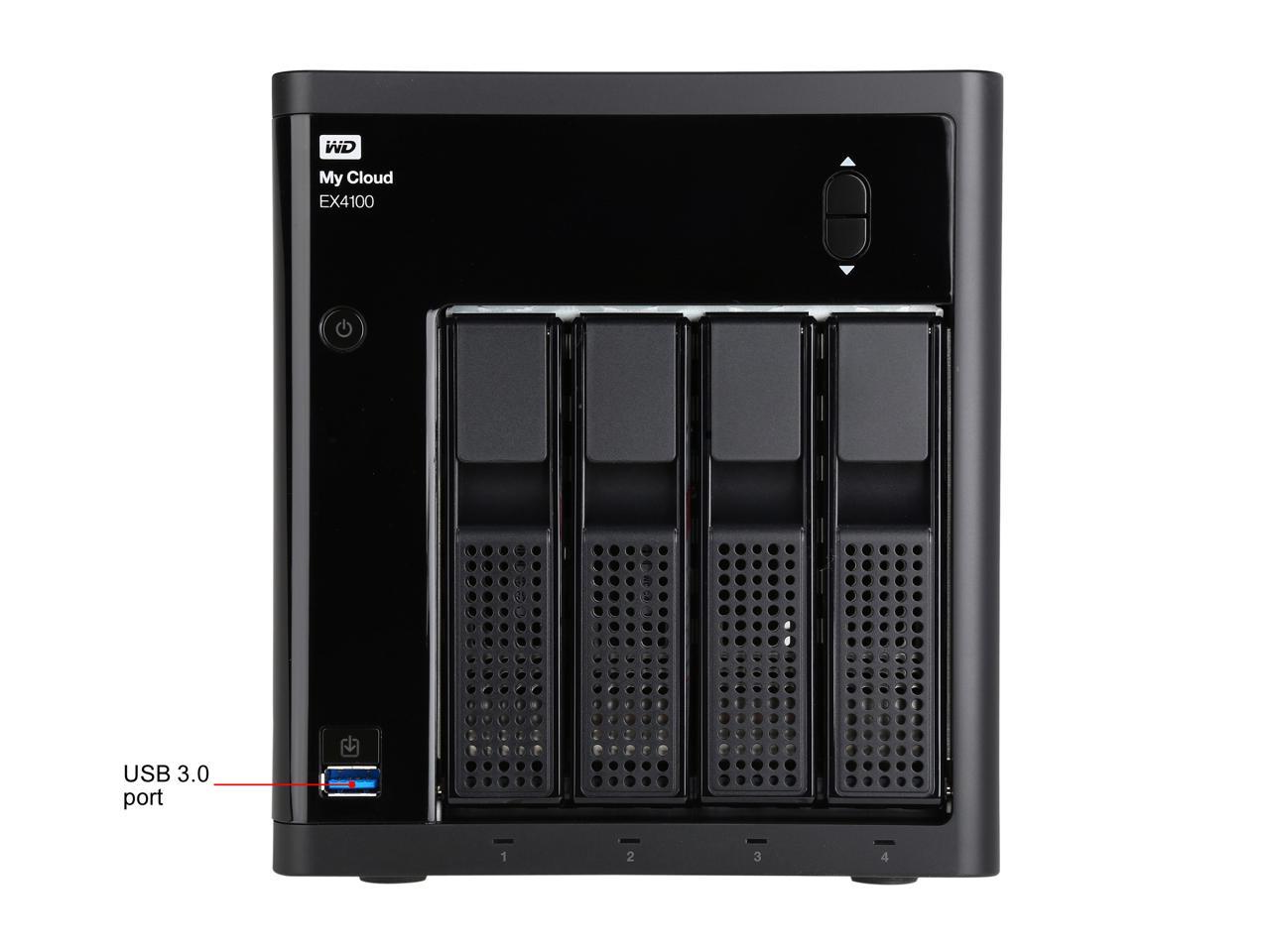 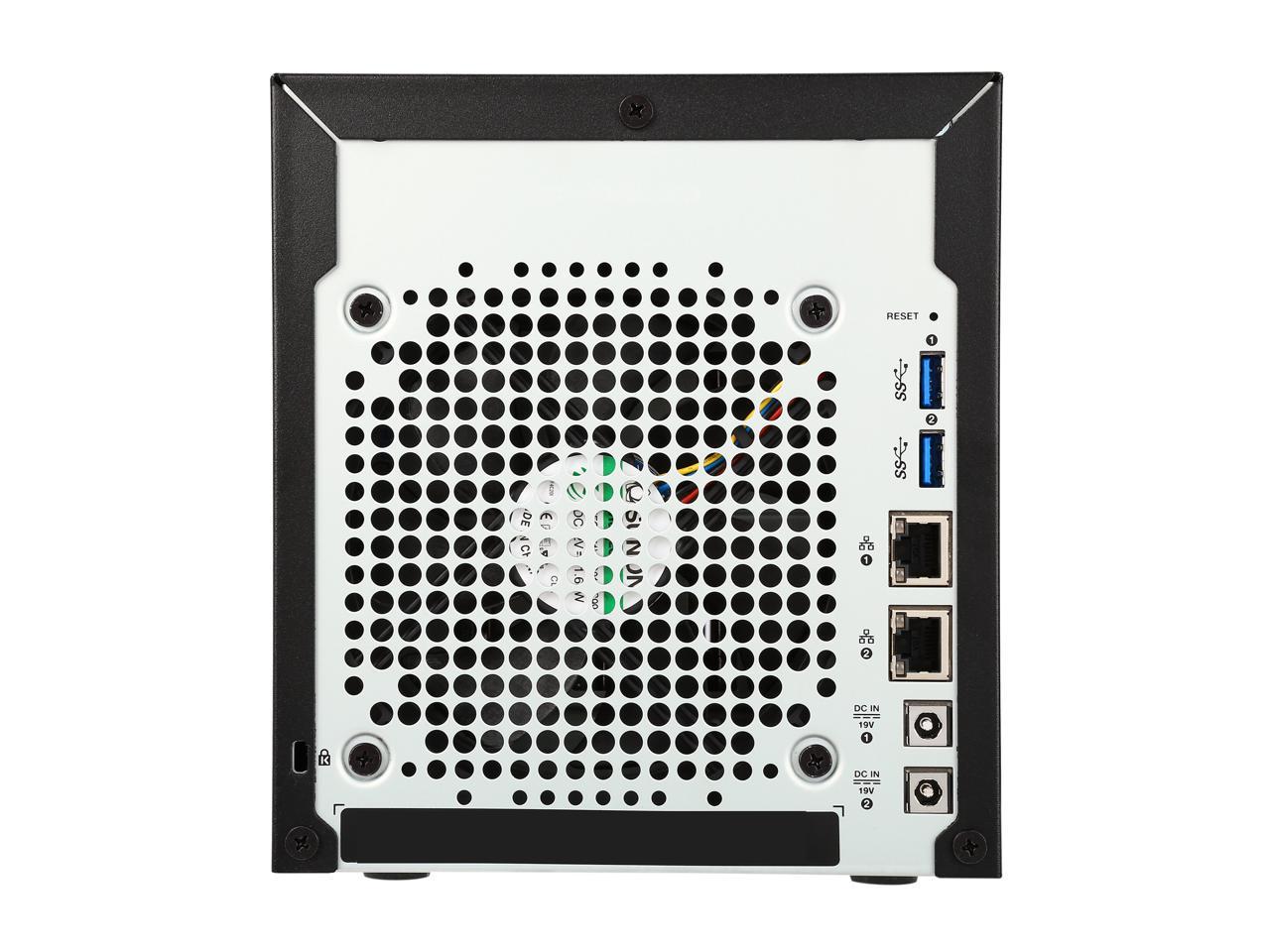 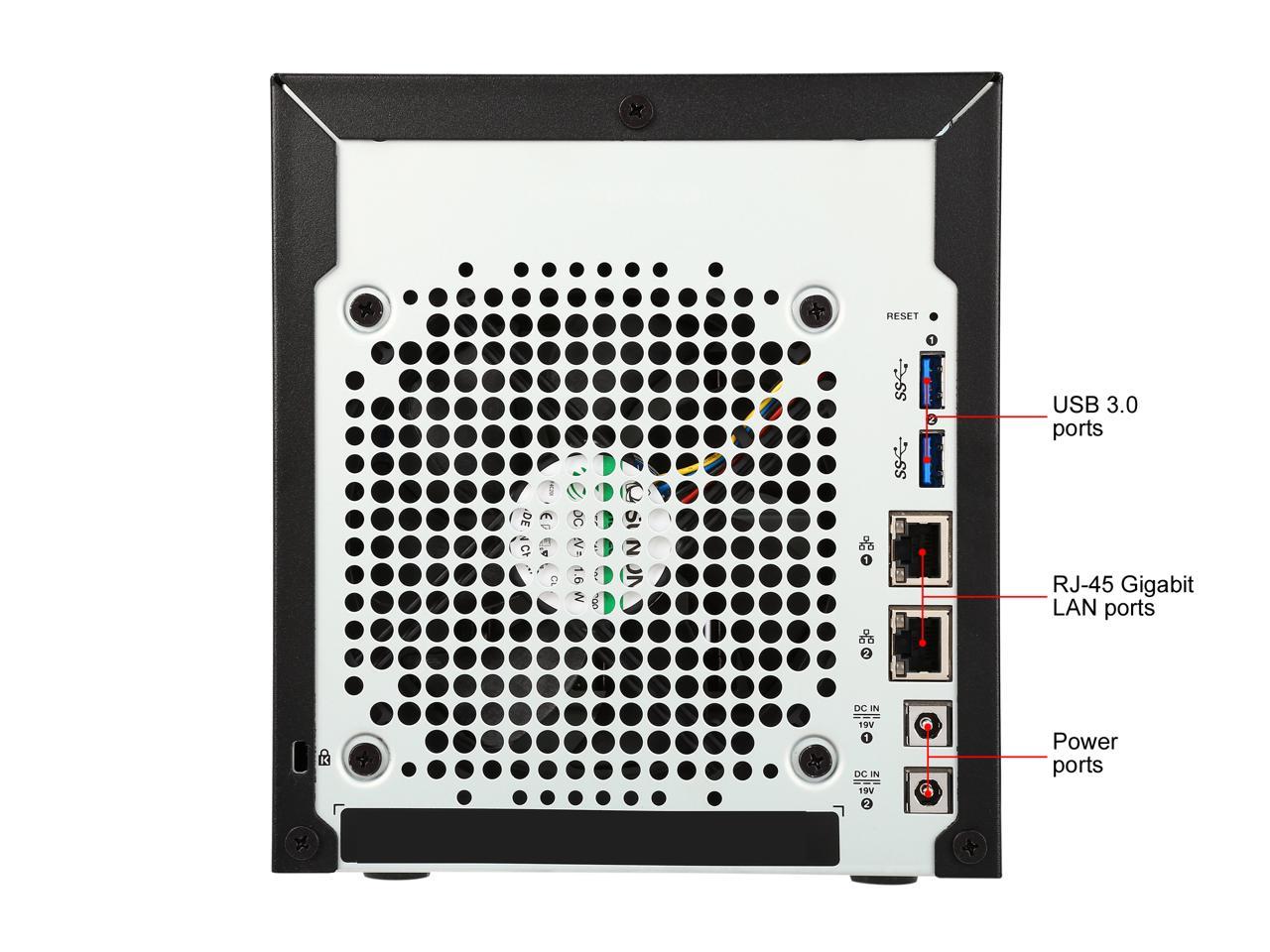 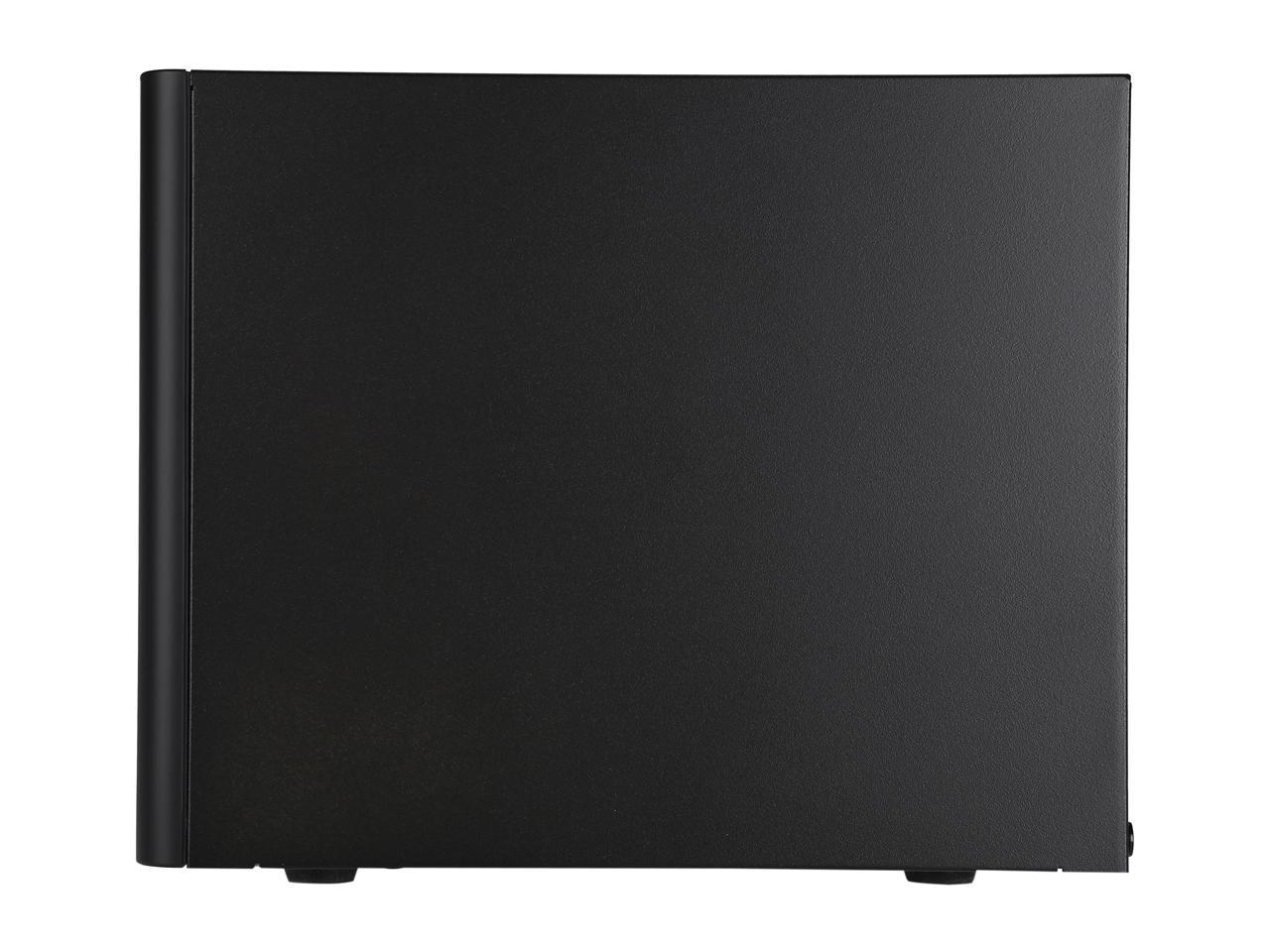 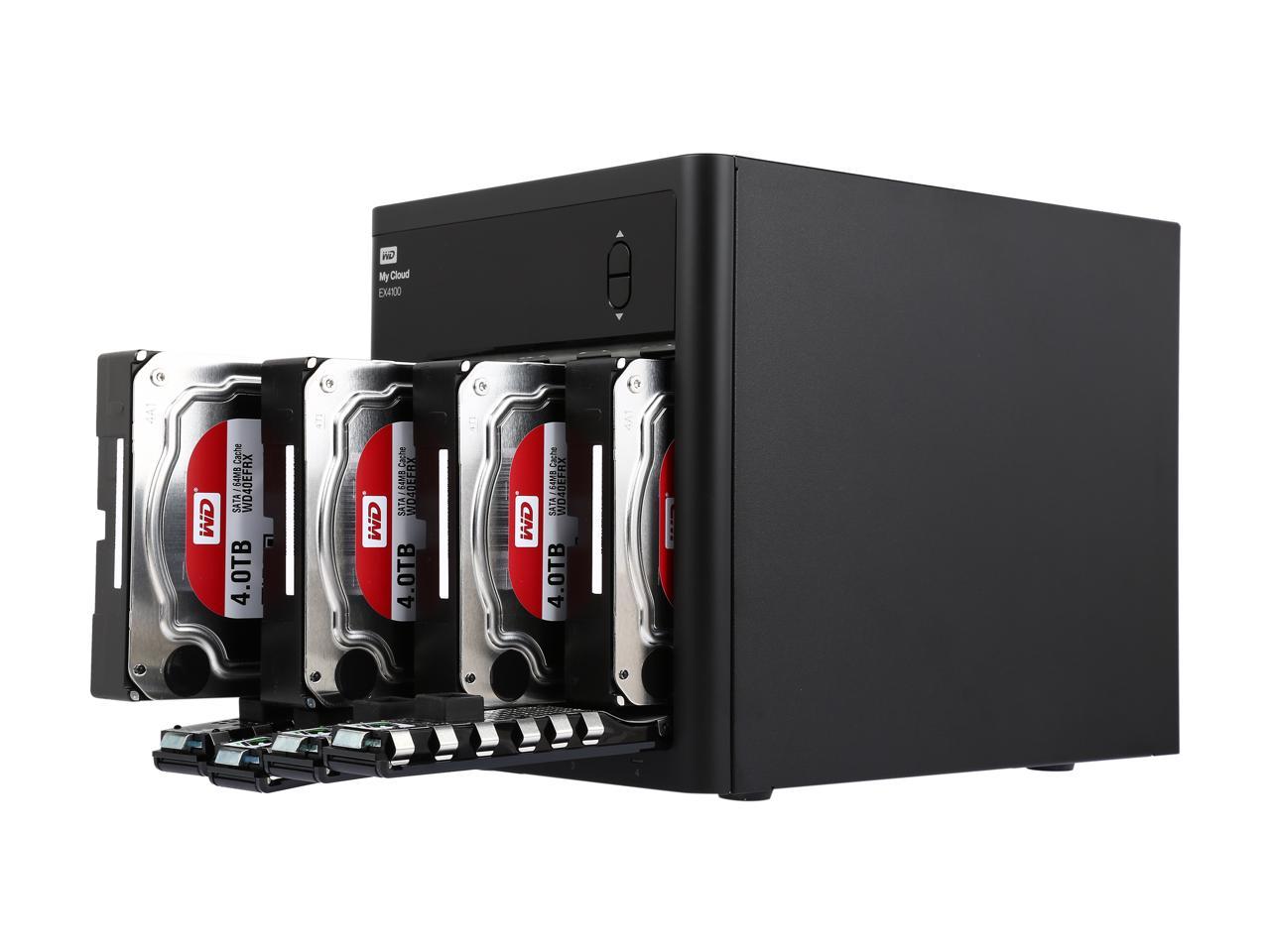 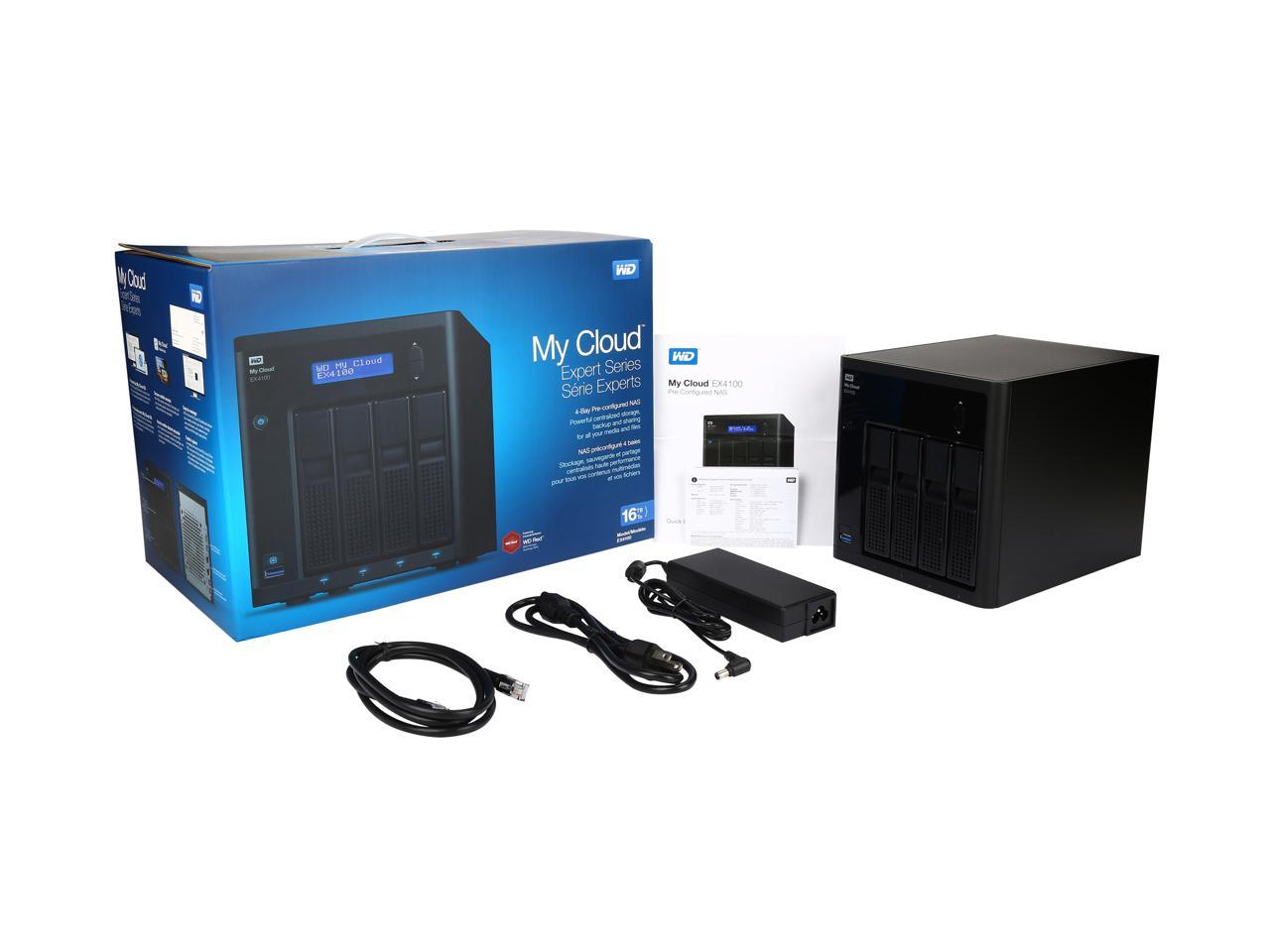 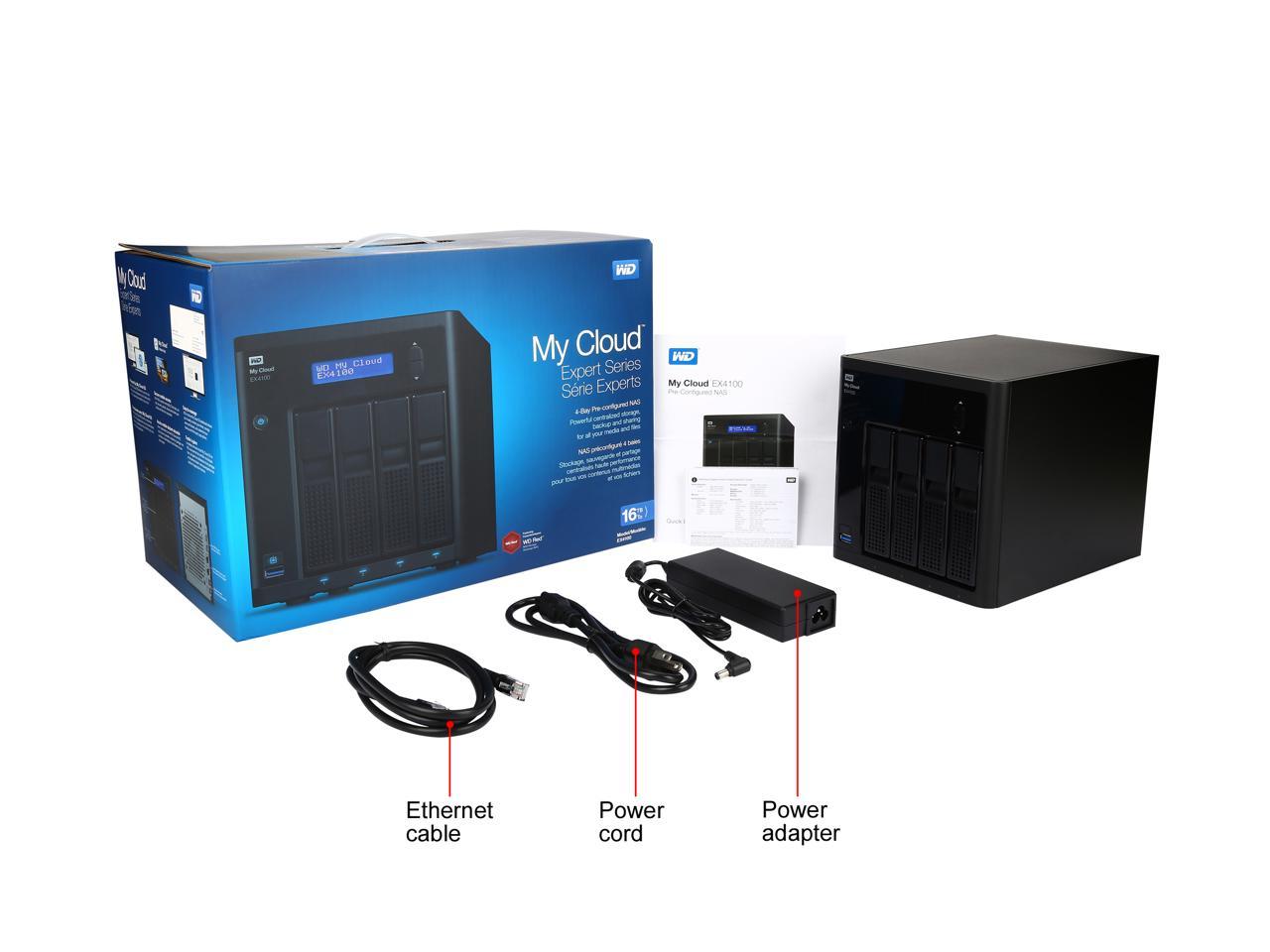 Pros: -Build quality and aesthetics are excellent -WD Red drives are reliable, speedy, top quality drives in my experiences with them -Setup is simple to get this up and running on your network -RAID configuration is simple -Transfer speeds over the network are good. The advertised ~115 MB/s is a little bit of a best case scenario, but I was able to get ~105-110 during large file transfers on both read/write. More than enough to stream FHD videos. -3 year warranty is decent -Optional backup to the cloud if you're interested in cloud backups (not my thing, personally) -Capacity options should be enough for all but the most demanding users -Quiet operation -Easy to use web interface

Cons: To be honest, in the couple weeks I've been using this NAS, I haven't found anything negative to say. The price is perhaps a little steep but you get what you pay for.

Overall Review: So before using this NAS, I was using a Macgyver-esque backup/media server solution. Up on my office PC, I had a pair of 3TB external USB 3 drives, with one drive mapped as a network drive onto all my computers and configured via SyncToy to back itself up regularly to the other drive. That worked, but I had no idea how clumsy and slow it was compared to a real NAS. I have now replaced that setup with this and it's amazing. I use this NAS to stream videos and backup all my documents, pictures, and home videos, and it does the job flawlessly. It's actually probably a little bit of overkill for many home users, but what's wrong with that? Highly recommended.

4 out of 6 people found this review helpful. Did you?
Derek S.
Ownership: 1 week to 1 month

Pros: - Easy install and Access with Quick Install sheet included. - Scalable and easy to set up Raid, JBOD, or SCSI link depending on your needs and home or office set up. - Easily upgradable by adding larger drives up to 24 Tb with 4x6 Tb Drives installing. - Upgrade as slow and easily as you want 1 drive at a time with Raid 5, JBOD, or SCSI Protocol. - Network Ready and I love the expandable USB ports for even more storage possibilities. - This is Great for a small business that wants to keep data electronically for easy access or for homes Library and Document long term storage. - Has a sleep mode that is ready when you are and save energy and keeps drives cool and ready for you when you need it. - Redundant Power connections allow for great power back up reliability for UPS or Emergency power configurations or just a bad power brick going bad. Not one Hiccup with both power connections plugged in. It automatically switches. - Dual Network inputs allows for data signals to work faster or for greater bandwidth. - Rear cooling fan is nice.

Cons: - Can be a bit slower than is used to but the capacity and the environment compensates. - Adding Drives can be difficult to do correctly if you are upgrading. - A full manual should come with the system. - Fan can be loud at start up but silent during regular operation.

Overall Review: With this device think of it as your own personal cloud. Back up pictures, High Priority Documents and every video that you own to be broadcast anywhere in the world with the right access key. I really love this device and its definitely worth the price as cloud monthly storage can add up to lots of money in the end. I would definitely recommend this but if you want a larger capacity it may be cost efficient to buy the larger Capacity models that are pre configured for less man hour and Tech knowledge needed for set up and upgrading configurations..

4 out of 7 people found this review helpful. Did you?
Zhe Y.
Ownership: 1 day to 1 week

Pros: Via local Ethernet connection, the video files transfer at around 100 MB/s while the pictures transfer at 1 MB/s. All files are easily uploaded via the MyCloud feature in WD QuickView located at the taskbar. The firmware upgrade notification appeared on my mobile app at the beginning and it seemed like it can initiate the firmware upgrade. The mobile photo app easily works as intended once you have photos uploaded. The NAS appears to run off of firmware via software utility and browser interface instead of custom Linux OS. WD SmartWare is for backup purposes while WD MyCloud is essentially a file explorer. No Install CD/DVD was included nor needed, which is fine these days. Setting up the NAS physically was easy. I recommend that for easy setup and use in export controlled environment, everything should be done through WD settings interface via web interface. When it comes to the physical WD Red HDD’s and NAS performance, there are already many reviews with benchmarks everywhere on the web for you to analyze. The two 4TB drives are in what appears to be in RAID 1 by default. The info panel at the front of the NAS is very useful. It gives you basic temperature, fan, IP address, capacity, SMART and firmware information. Like most systems with HDD, the drives enter sleep mode when not using. Both of the HDD’s run simultaneously as they would in RAID 1. You also can change the RAID level. I wasn’t sure whether the firmware update was for the NAS or only the HDD’s themselves. The NAS enters standby/sleep mode when I tried to shut it down to take it apart. You have to hold down the power button for full shutdown. I was able to pull up Crystal Disk and AIDA64: The HDD supports SMART, NCQ and is 5400RPM, 6G and formatted in AF GPT. The outer cover of the NAS can be easily taken off, but not the front panel. Therefore it is difficult to take out the main board. However this has already been done for you in one of the reviews on the internet. Battery backup requires the IP address of the networked UPS master. All HDD utilities are included and self-sufficient in the NAS as you would normally find in Windows. NAS runs at about 35C and has a 140mm back fan that runs slowly at 645 RPM, which is still audible. The HDD’s are full sized 3.5” drives, not slim. No user manual was included.

Cons: Setting up for installation wasn’t very smooth because WD NAS software is not fully compatible with Windows 8.1. However, I got past that via some tweaking and made all apps work. HDD’s slide in and out easily and there is no locking mechanism, which could be a security issue. There is no Built-in anti-virus nor surveillance package. Booting up the NAS takes a while.

Overall Review: Price not justified with the specified cons.

3 out of 5 people found this review helpful. Did you?
Lori N.
Ownership: 1 day to 1 week

Pros: Small form factor with a helpful led screen to show you all you need to know. Having a storage hub for modern devices. Android and apple support as well as windows. Now we can back up and share with in our house. Fast tansfer times and hot swap hd bays. The user I terrace is Web based (cloud) so you can access your data anywhere. It's pleasant enough and easy to navigate. The set up was easy as well.

Cons: None I'll mention minor niggles in other thoughts

Overall Review: The lack of a user manual included or desktop software is getting old. It's a personal gripe so it's not a con. No one wants to fiddle with downloads when setting up new tech. If I need help having to stop ,DL, read, when I could of skipped a step and just read it printed.

Pros: fast and easy to setup , love the hot-swap ability and a few tweaks to the setup and the transfer rate is insainly fast.

Cons: I upgraded from an earlier edition, from Western digital that had built in media streaming, wish this one did as well, not a big deal just mapped the media folder to my computer and can share from there.

Overall Review: love the flexibility to put what ever size Hard drive i want in it.

Pros: Professional looking device, slick interface, performs as it should without giving me any headaches. Has far more features than I'll ever use.

Cons: I was hoping that the two network ports could be connected to two different networks, but I didn't find an option for that. It seems that you my only be able to boost reliability on one network.

Overall Review: It would be nice if WD could expand the list of supported UPS systems. There were about 10 on the list, which sounds like a lot until you try to shop for just those specific models. I'm sure other UPS systems would work, but I wasn't sure if there would be warranty concerns if I strayed from their suggestions.

Pros: - Has dual power supply ports in case 1 power supply fails - DOES support 4 x 10 TB Seagate Ironwolf NAS hard drives (30 TB total on RAID 5) Been running for 2 months without an issue - Writes at 100MB/s over 50' of CAT 5 cable (have both of the 2 NAS network cables connected to my 1GB network switch) - Streams most video with little trouble - Supports several add-on 3rd party applications - Decent price for all the features you get

Cons: - Backup client software was a little awkward to configure for each of the PCs on my network (should be a simple FULL backup option and a simple checkbox for common files (my pictures, my documents, my videos, etc for Windows 10 WD MySync software) - No option to upgrade RAM or other hardware from what I can tell

Overall Review: I've had a lot of fun sending files from my phone directly to my cloud from any location. That way I can not only fee up space on my phone but I can also be sure that the files are safe on my personal RAID 5 cloud server. All I need is an internet connection and a smartphone or tablet (or even laptop). There are multiple client PC backup software options available to install which can be a little confusing. I'm hoping for an update with an all-in-one solution for the PCs what would allow you to configure not only FULL backups of the OS and configuration settings but also that ability to copy common files such as My Pictures, My Documents, etc from specific Windows user account to it's own shared folders with one simple checkbox for each user. If it would back those up automatically using the date and time it was saved to the PC in the file name, that would be fantastic.

Pros: Fast, silent, vibration free. Smoothest multi disk server I've ever seen! The speed at 130 MB/s appears to be limited by me Motherboards and Network. I was amazed that they are so smooth I not only can hear no soun except the drives spin up on start up, but I can feel no vibration when laying my hand on the unit. Setup is easy although I wish the quick start pamphlet contained a little more information. Backups are fast! My only negative is my fault. I wish I could trade it in for another WD DL4100

Overall Review: I have the EX4100 and a DL4100 (24TB) and wish I had two DL4100s as with photography (Large TIFs and getting much larger) and AVI work I use a massive amount of storage. Setting up a share for my wife's work and backup was just like creating a new folder on the computer. Logging in from her computer and setting the path to her share and making that a network drive was it. Full drive backup are 20 to 40 times faster than USB drives.