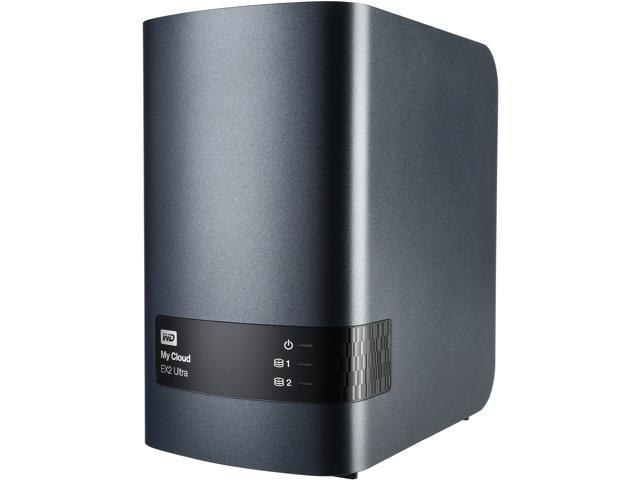 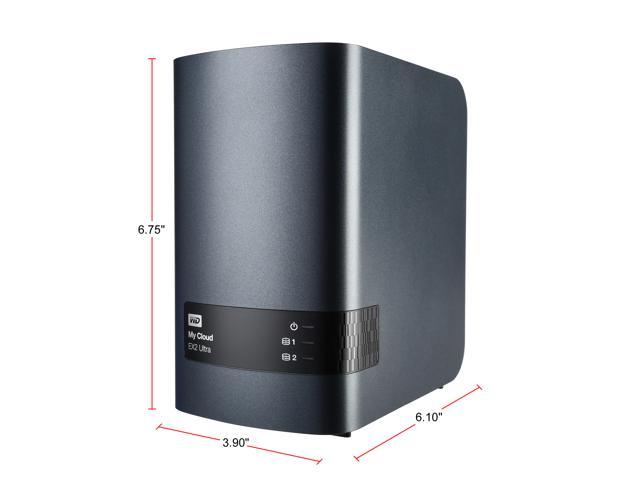 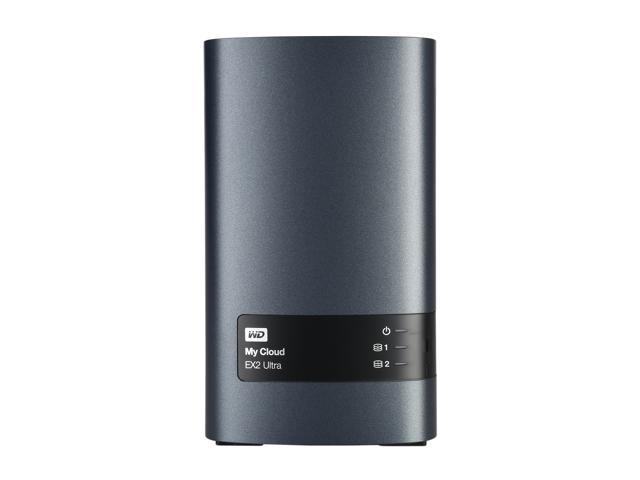 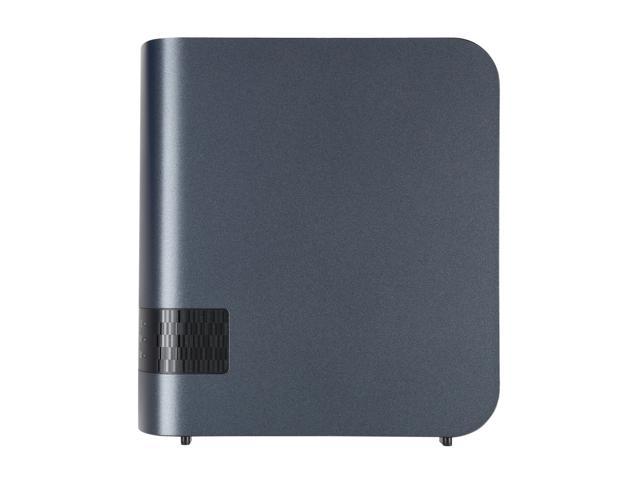 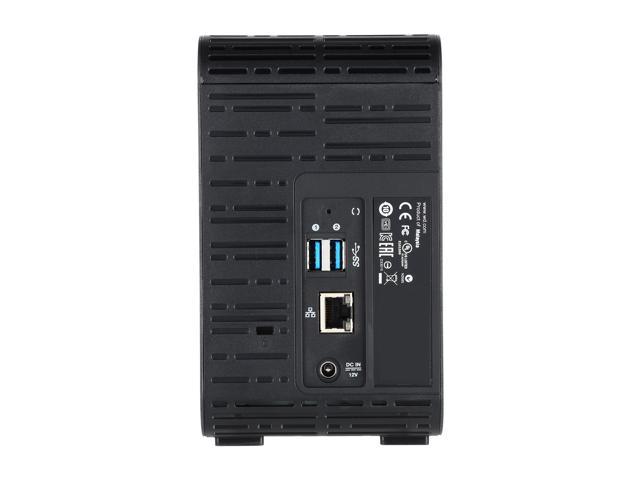 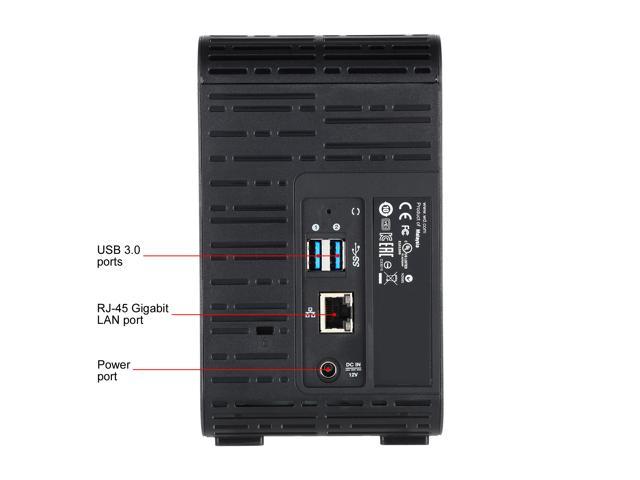 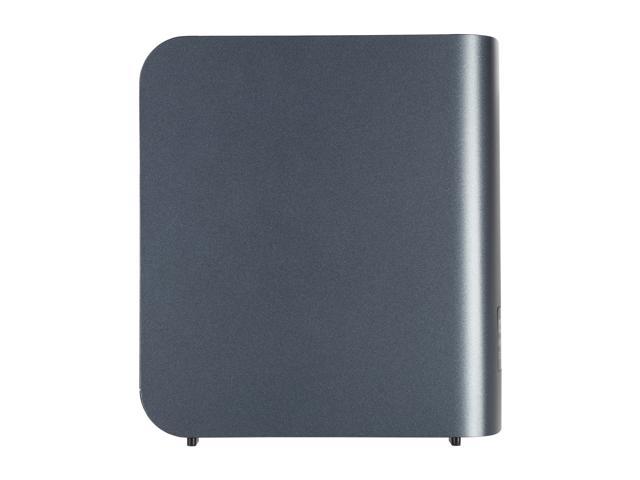 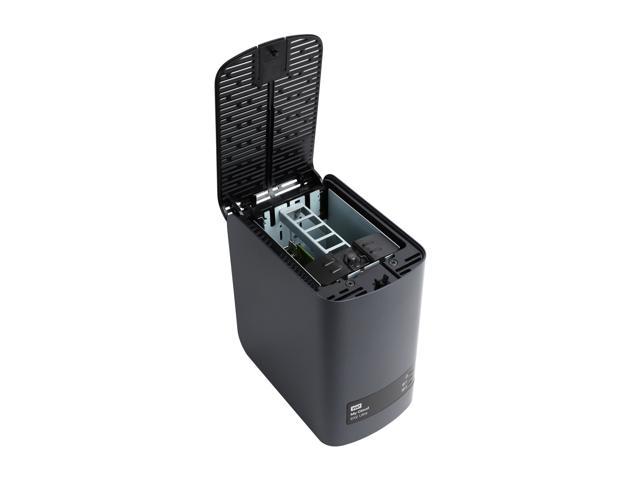 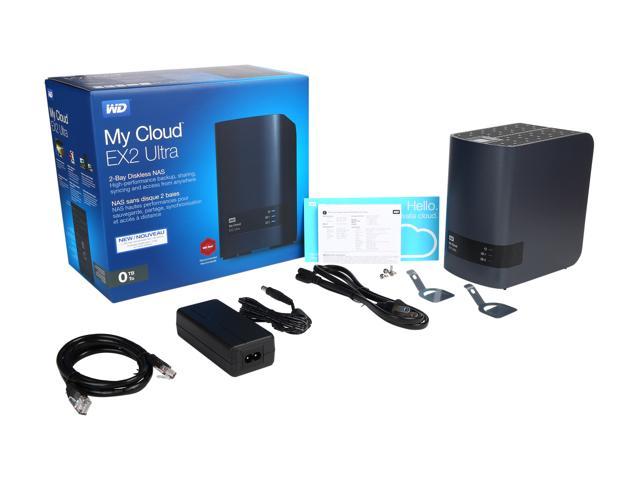 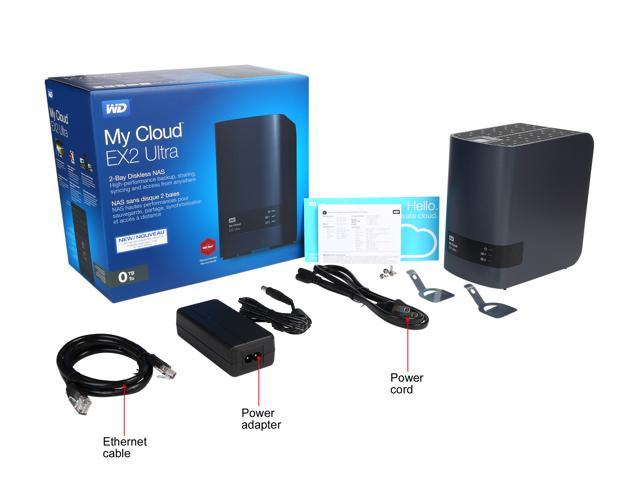 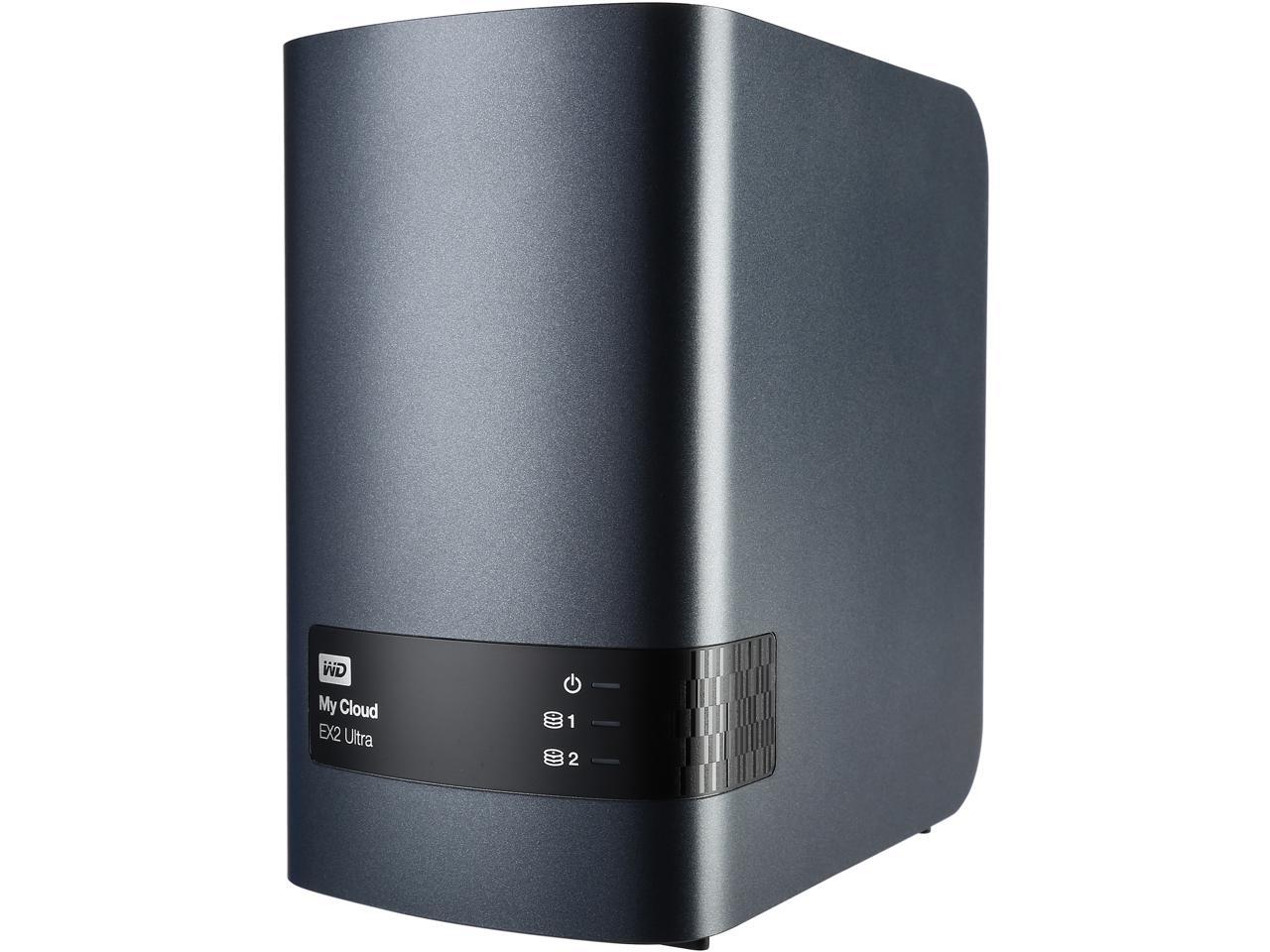 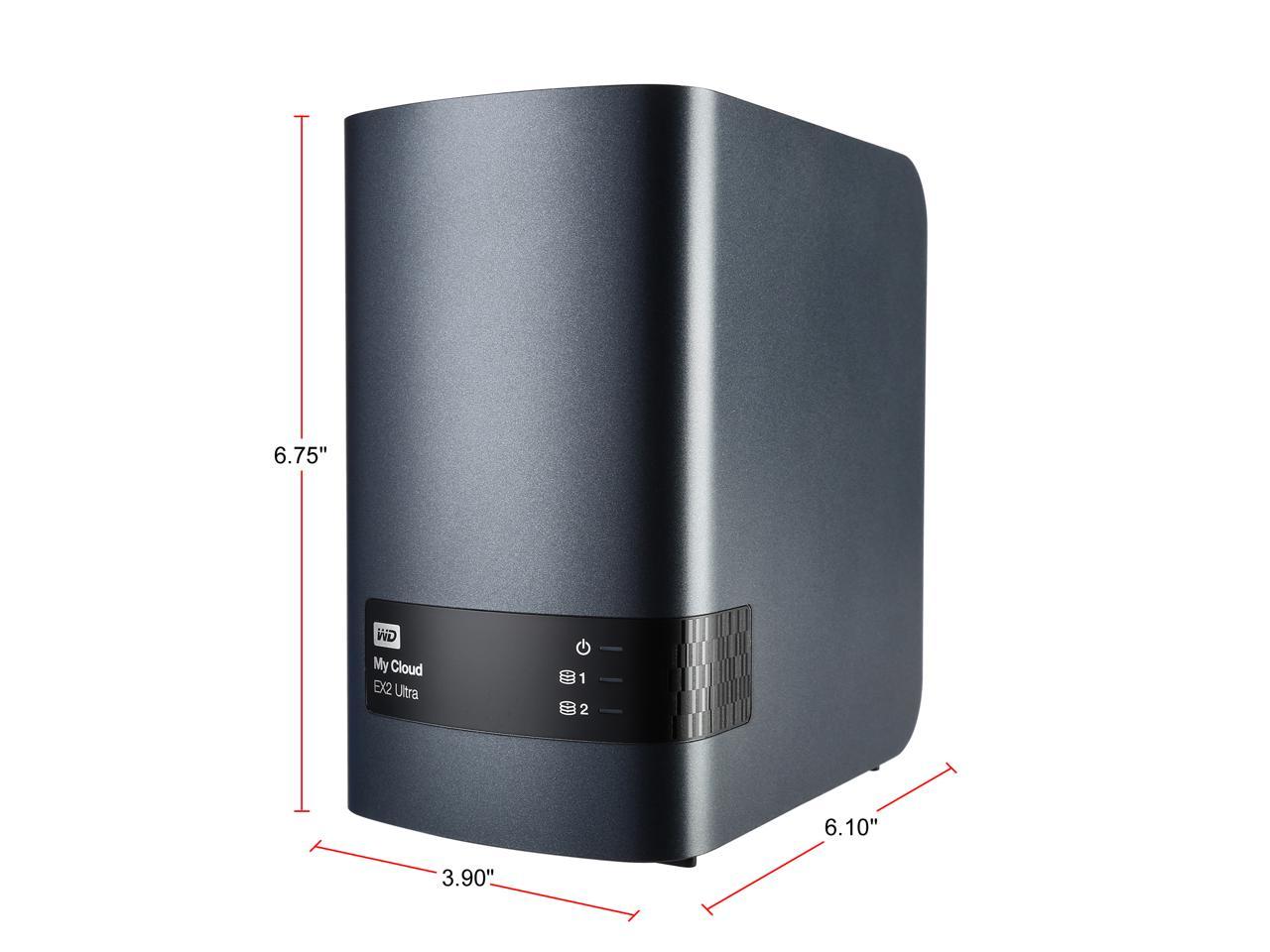 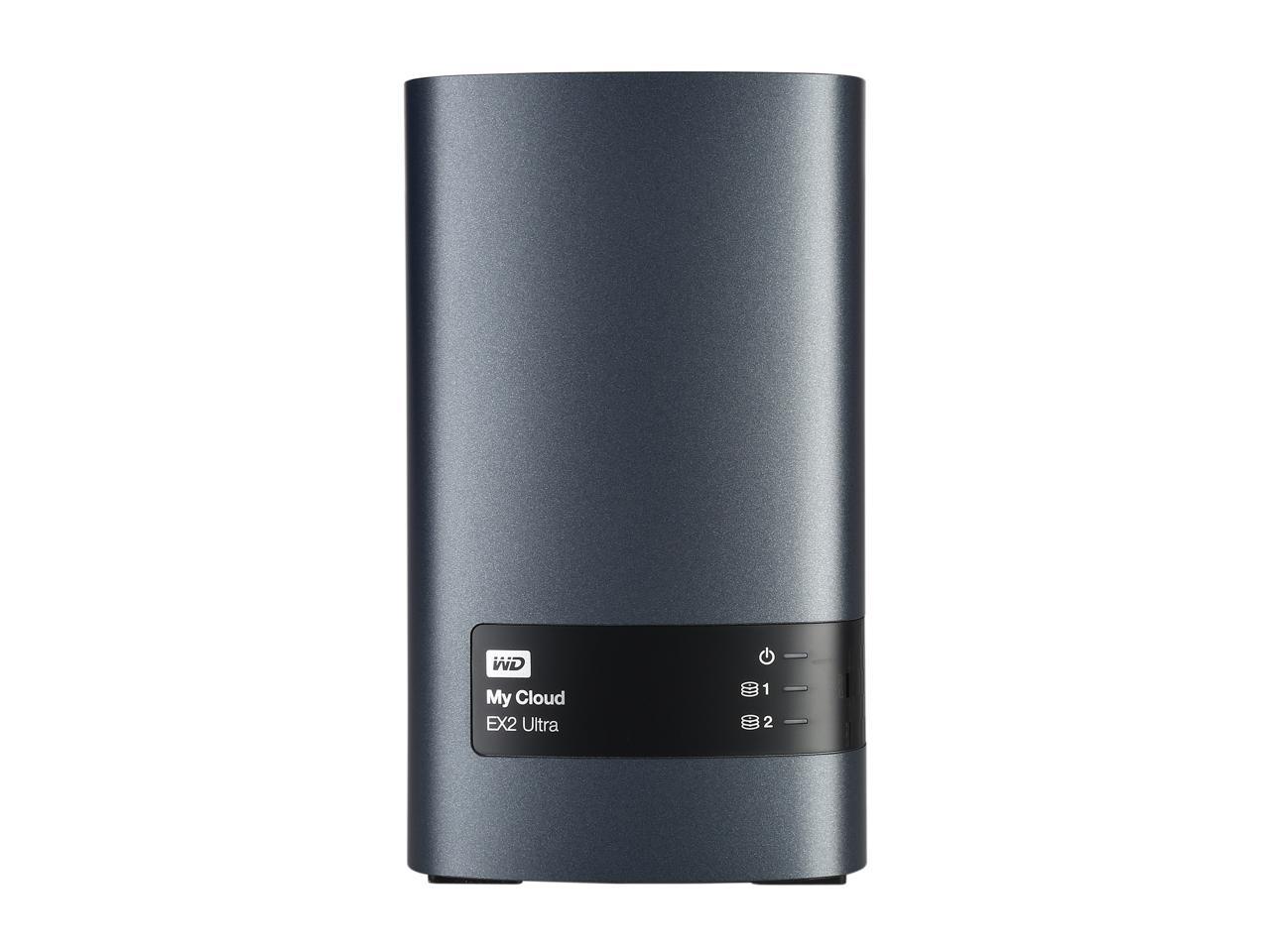 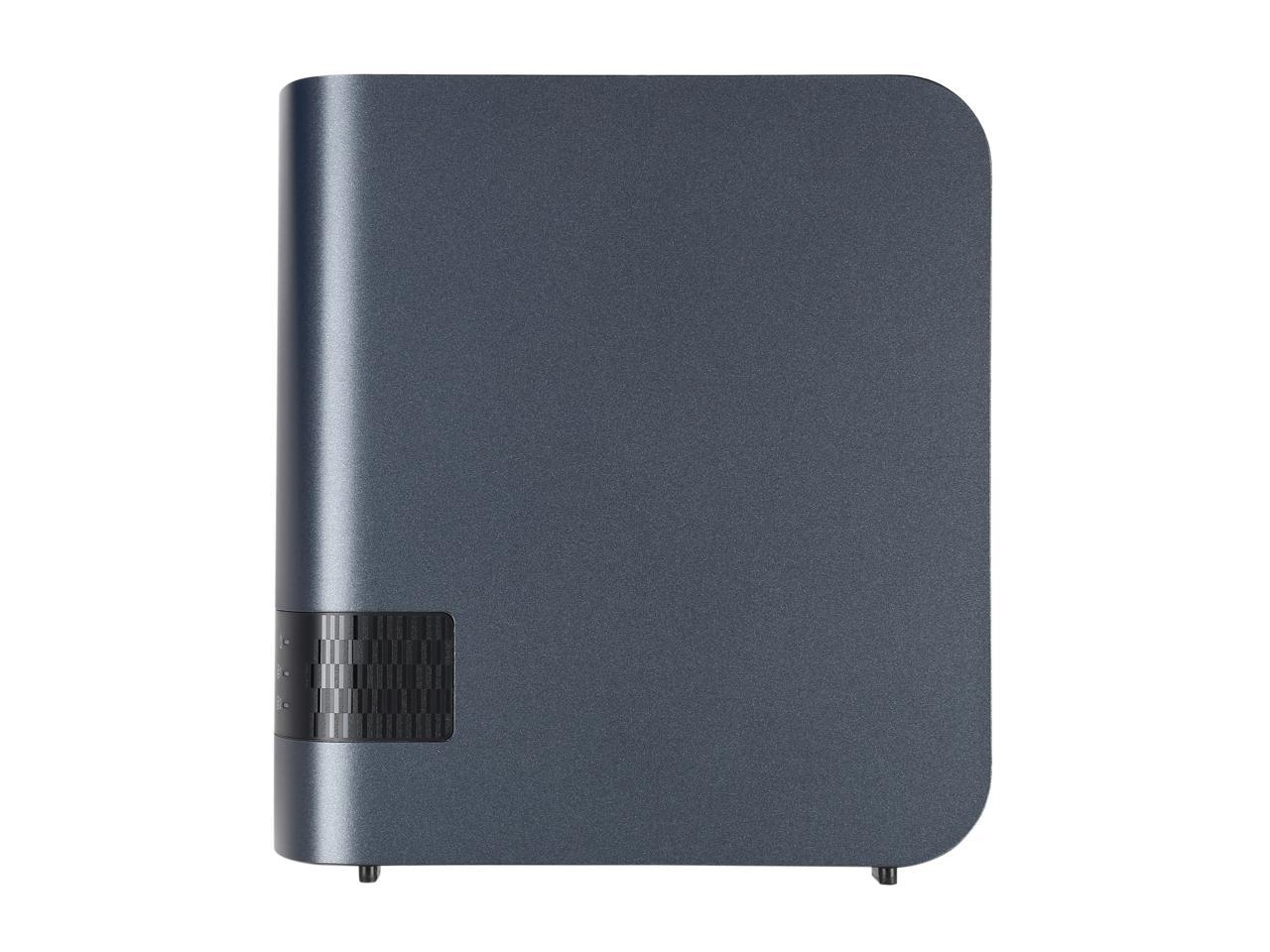 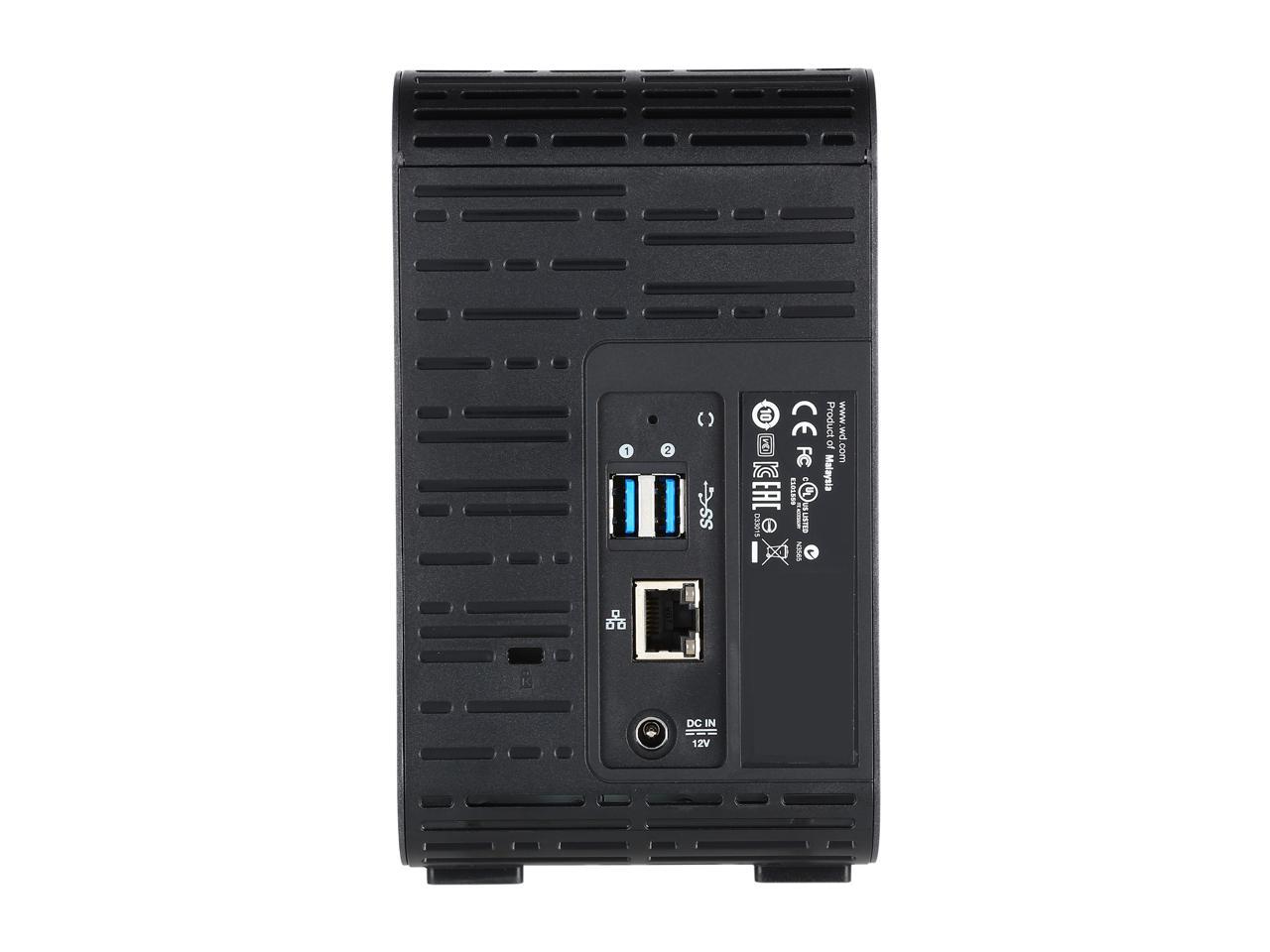 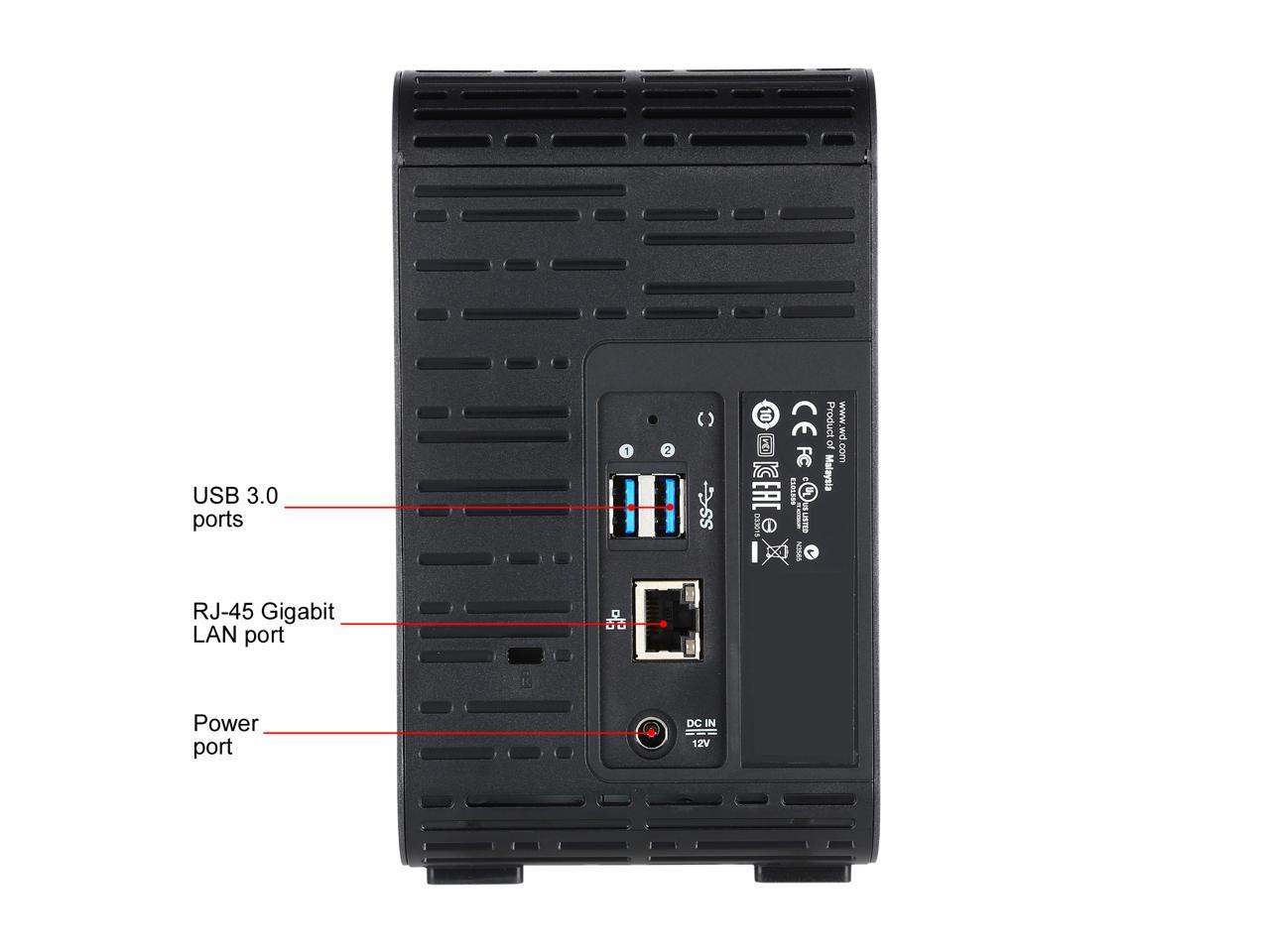 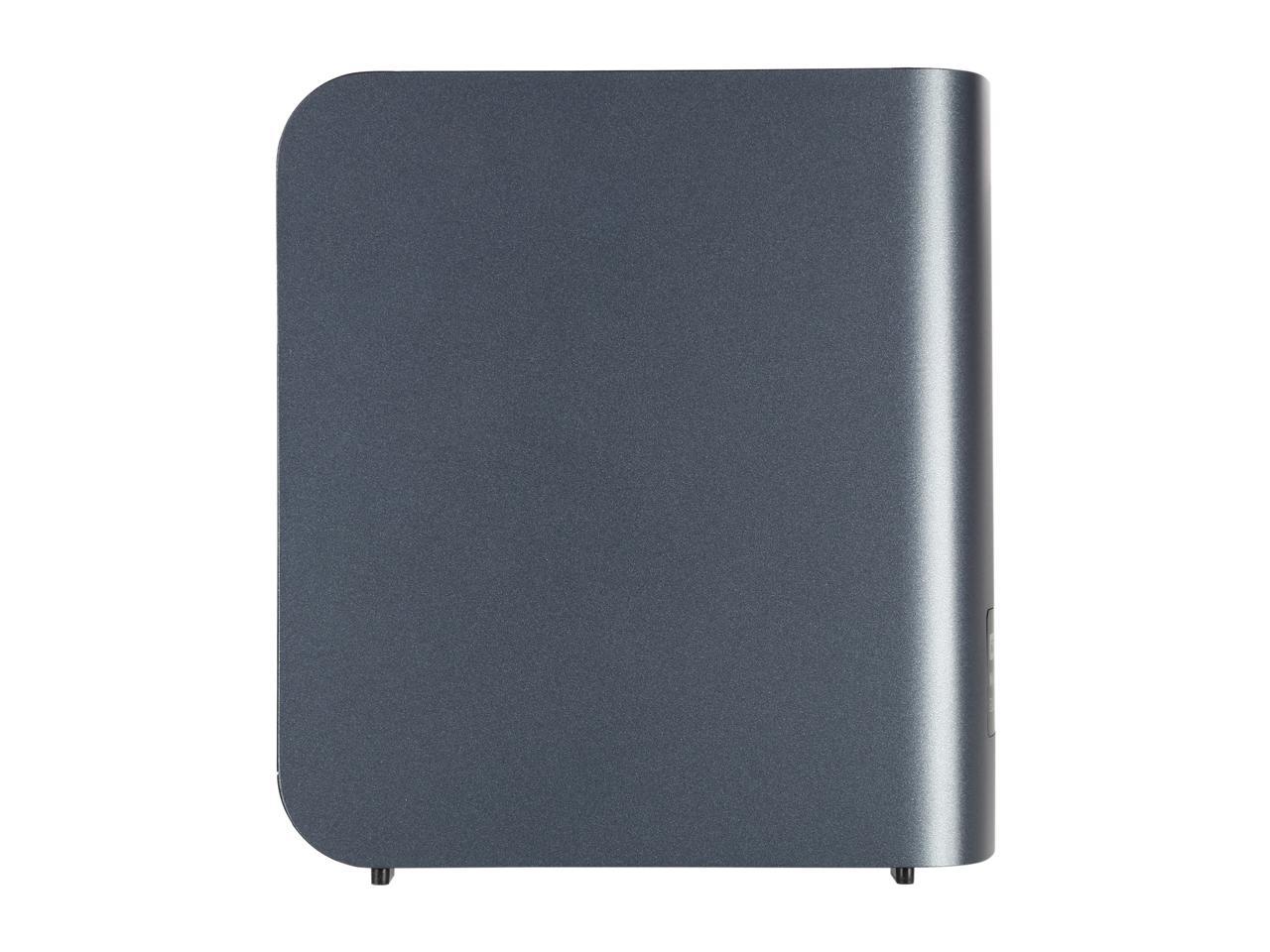 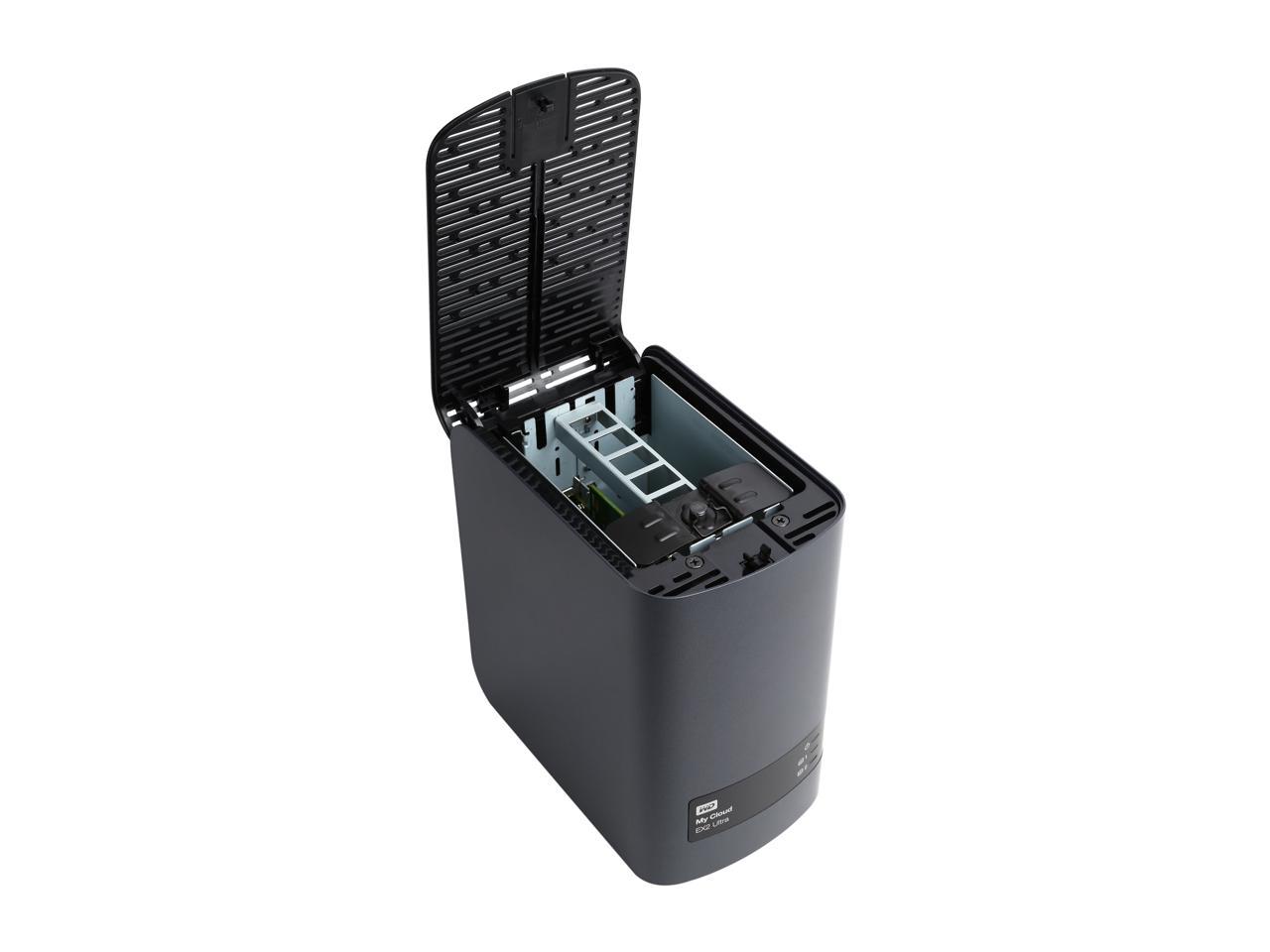 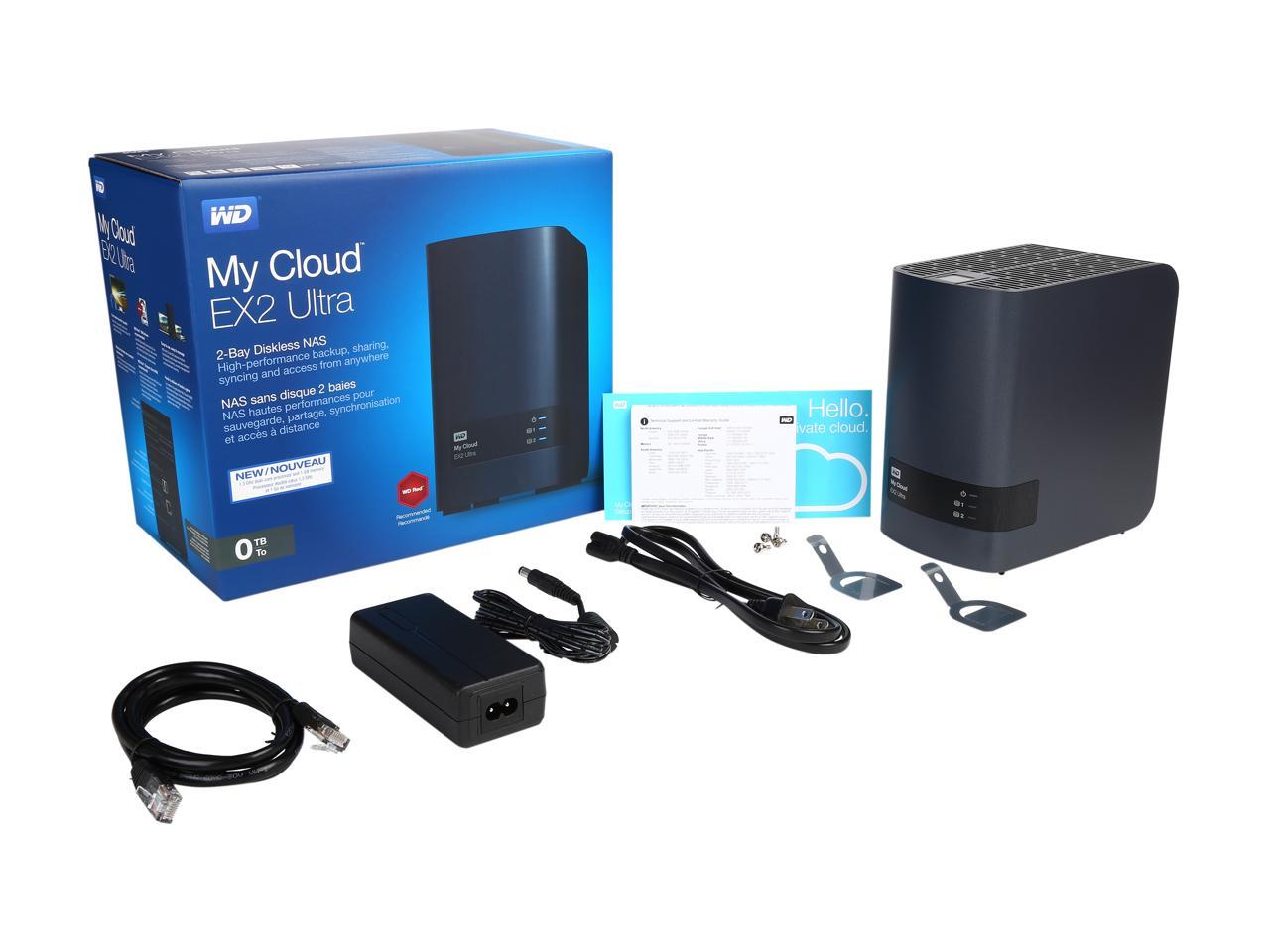 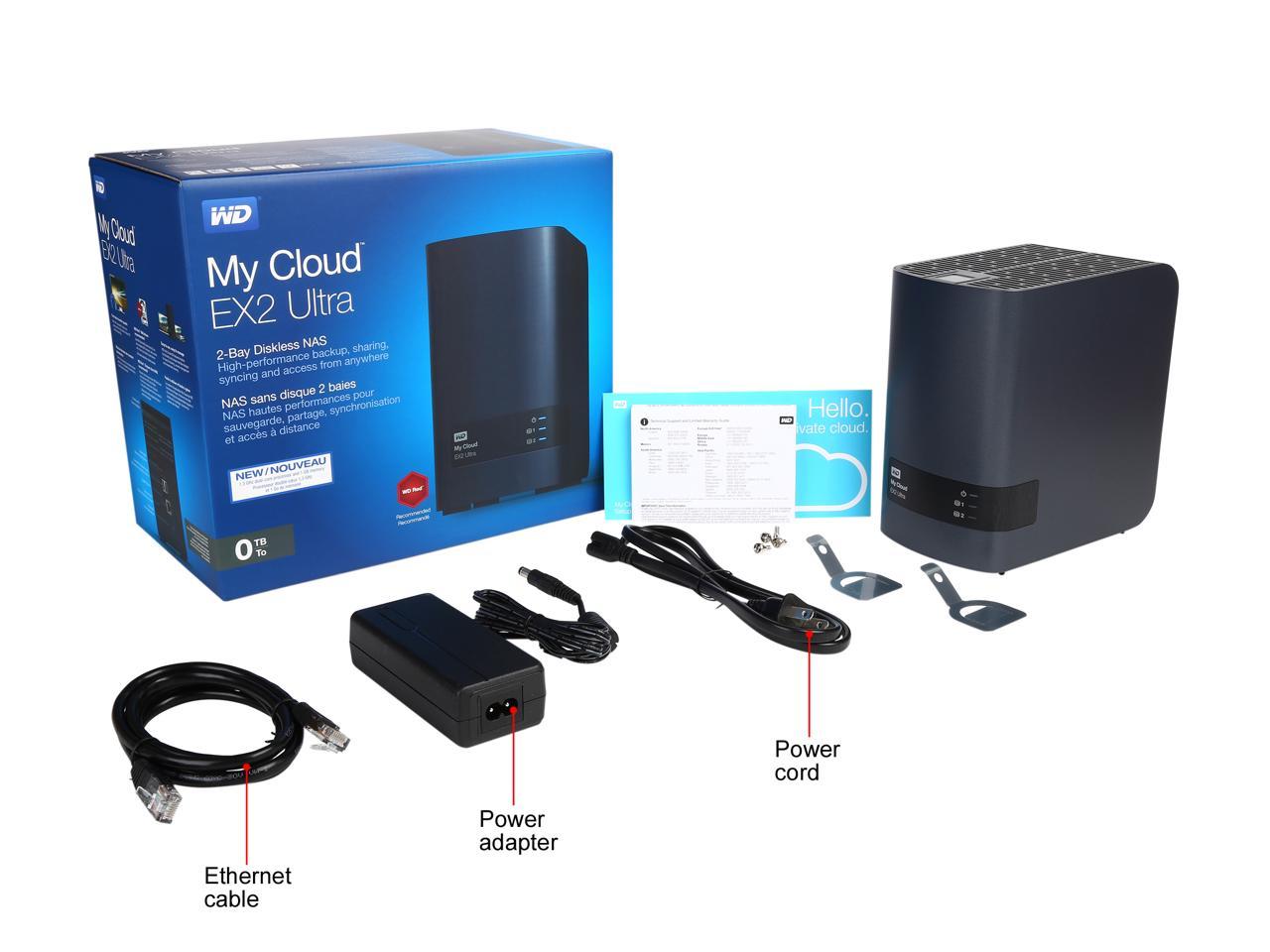 Pros: Easy to assemble Easy to connect to the network Console is easy once you get the hang of it Performance is very good

Cons: - If you're a noob to NAS like me, it is tough to get a grasp on the NAS Concept (Me not them) - The documentation is available but not very thorough - The help sections available in the console are only available through the console and then it covers up the screen you are working from so you have to open 2 consoles which they allow, luckily - The "Cloud" option is not very well explained so I had to feel my way through that - The USB option was the hardest part of the whole thing. Very LITTLE documentation on this - Getting the shares on the My Cloud device to show on your computer network was not straight forward.

Overall Review: I Bought the Disk-less version along with 2 - 6TB WD Red NAS drives. It was very easy to assemble and it was a breeze to get it connected to the network. Once assembled and installed on the network, I was able to access the console from my desktop via a browser and the IP address assigned to the device. Setting a Static IP was simple and intuitive. Working from the console was easy but as stated the help inside the console was not the best. This was all installed on and end to end 1Gb network which had a 1Gb DSL Modem/1 Gb Knight Hawk Router, 2 1Gb Netgear switches. The "Shares" were not totally clear to start with and it was a little confusing since you couldn't see anything stored on the NAS from the console, all you see are the names of the shares and graph showing usage and available space. Every share you create has a Public option or you can set the access at the individual user level. Deny, Read Only, Read/Write. After setting up the Shares, I went to the "Network" on my Windows 10 PC and you could see the device but when you clicked on the device it just opened the console and didn't show any shares that I had created. This took a lot of research and I finally found one post that said you need to create a set of stored credentials on Windows for the user in the NAS. Once I did this I was able to see the shares with no problem. Later I was able to remove these credentials but when I clicked on the NAS under my network it would then ask me to sign in and I did this and checked save the credentials. Not sure why this didn't happen the first time I clicked on it USB set up was a nightmare. I had a USB-3 Seagate 3TB drive, and a USB-3 1TB My Passport. When I plugged the Seagate into the NAS, it would cause the power LED to turn red, and an error message was logged under Alerts area of the console. The message said unsupported format even though it met the requirements described in the documentation. I figured out the disk had a protected partition which caused me to copy the entire disk to another drive, and I had to use Diskpart to force the removal of both partitions, the protected and the primary. I created a single NTFS primary partition, plugged it in and it still didn't like the partition. I finally had to take the disk plug it into an Ubuntu machine and create a new NTFS partition using GParted. After doing this the NAS finally recognized the drive. I did all the same stuff with my 1TB Passport and nothing worked. Even though the drive worked great on my Windows 10 PC and my UBUNTU machine, the NAS refused to recognize it. It displayed NO Errors or alerts. I finally fixed this by locating the original USB cable that came with the drive and then it was recognized. Doesn't make sense that the cable would work on Windows and Ubuntu but the NAS didn't like it and was frustrating. First time I started to transfer files from my HD's to the NAS, the transfer rate was dismal. I was getting only 12MB/Sec while others were getting consistent 70 - 80 MB/Sec. I tried all the troubleshooting steps I could find but nothing helped. After about 60 hours of transfering approximately 3.5TB of files it was only 40% complete. So I stopped the transfer and worked on the USB problem. Not sure what happened but after getting the USB drives all connected and restarting my transfer, the transfer rate jumped to as much as 150MB/sec. This is still puzzling to me. All and all, I am very happy with the product now that I have it connected, working from the Cloud and I am able to stream movies from anywhere I have connectivity and the quality is great. I also now have access to my files stored on the NAS from anywhere as well. Good product, needs more detailed and descriptive documentation. I would have given 5 stars but the documentation and the work I had to put in to get this thing working was too much. I did learn a lot but better documentation would have been nice.

Pros: Easy to set up and use

Cons: nothing as of yet

Overall Review: I would recomend

Pros: I got two Toshiba N300 NAS 8 gb drives for this unit that were not on WD tested drive list. No issues and were immediately recognized correctly. Installation was a breeze.

Cons: Tested drive list is somewhat behind with so many new drives hitting the market.

Pros: As storage it was easy to setup and works as advertised.Built in support for media servers and backup software

Cons: Plex setup was simple and straight forward, but the NAS is under powered to serve some content if using a browser for the client. FireTV Stick was much better.It has an iTunes server but it does not work with any IOS still supported.

Overall Review: It does what I need.

John T.
Ownership: 1 week to 1 month
Verified Owner
Western Digital is a good Hardware Company but they can not deliver workable software3/23/2021 2:17:17 PM

Cons: Three days after installing a new My Cloud EX2 Ultra and transferring, drag & drop, 1.4 TB of movies I upgrades, at the request of WD, to Western Digitals OS-5 for My Cloud EX2 Ultra. We older users should know better, especially when they tell you that you can not go back to the previous OS. Immediately Window File explorer flagged all my shares on the EX2 Ultra as disconnected and I could no longer access them. When trying to re-map the shares I find out that the OS-5 upgrade has changed the network certification protocol. And about this time is when I discover that Western Digital's software support is a series of web pages that loop back on themselves. Useless.I use PLEX to stream movies and PLEX, which was running fine now could not access the NAS do to network protocol miss match.I am cut off from my data and Western Digital's support is non-existent.Luckily I am still within the refund time frame. My WD red 4 TB drive with my data is still good. All I have to do is find another good NAS server.

Manufacturer Response:
Hi John T., We're sorry to hear your experience with the WD My Cloud EX2 Ultra Network Attached Storage and we appreciate you time to bring this matter to our attention. The my cloud keeps your media safe in a single place on this high-performance Network Attached Storage (NAS) device, and access and stream it from anywhere with an internet connection. Based on your concerns please refer to the links mentioned below. "Windows Disconnected Shares After Update": https://support-en.wd.com/app/answers/detail/a_id/29631 "My Cloud OS 5: Online User Guide and Solutions": https://support-en.wd.com/app/answers/detail/a_id/29633 We would appreciate the opportunity to gather more information from you to ensure all our customers receive the product they are expecting. Also, we suggest you to visit the support page for drive OS 5 user manual. All our products must pass our stringent quality standards before leaving our factory to be free from defects in materials and craftsmanship. We stand behind our products throughout the device's factory warranty period. You can contact us directly via phone to address any questions or concerns to ensure a good overall user experience. Need Help? Please see our "'Contact Us" page for information.
Anonymous
Ownership: 1 week to 1 month
Verified Owner
fan failed3/2/2021 2:06:36 PM

Pros: drives were easy to put in

Cons: fan failed at least 4 times in 3 days and i rma the device but i will have to go to a ups store to send it back

Overall Review: would not recommend this nas if you want to use it as a plex server

Manufacturer Response:
Hi Anonymous, We're sorry to hear your experience with the WD My Cloud EX2 Ultra Network Attached Storage and we appreciate you time to bring this matter to our attention. The my cloud keeps your media safe in a single place on this high-performance Network Attached Storage (NAS) device, and access and stream it from anywhere with an internet connection. Based on your concern please refer to the link mentioned below. "My Cloud Fan Not Working or Failure Alert Message" https://support-en.wd.com/app/answers/detail/a_id/24618 We would appreciate the opportunity to gather more information from you to ensure all our customers receive the product they are expecting. All our products must pass our stringent quality standards before leaving our factory to be free from defects in materials and craftsmanship. We stand behind our products throughout the device's factory warranty period. You can contact us directly via phone to address any questions or concerns to ensure a good overall user experience. Need Help? Please see our "'Contact Us" page for information.
Brenden Y.
Ownership: 1 week to 1 month
Verified Owner
Smooth setup even with a bad disk.1/4/2021 2:02:09 PM

Overall Review: Not using the "cloud' remote access features so can't speak to those (although they're easy enough to turn off). Works great as a wired NAS, though!