OUT OF STOCK
Sold and shipped by: My Goods My Goods

Purchases from these Sellers are generally covered under our Newegg Marketplace Guarantee.
197 Ratings (69% Positive)
Sold and shipped by: My Goods
Ships from United States.
197 Ratings (69% Positive)
On-Time
Delivery
72.32%
Product
Accuracy
72.32%
Customer Service
Satisfactory
66.94%
View All Seller's Reviews
This item is currently out of stock and it may or may not be restocked.
Out of Stock
Add To Wish List 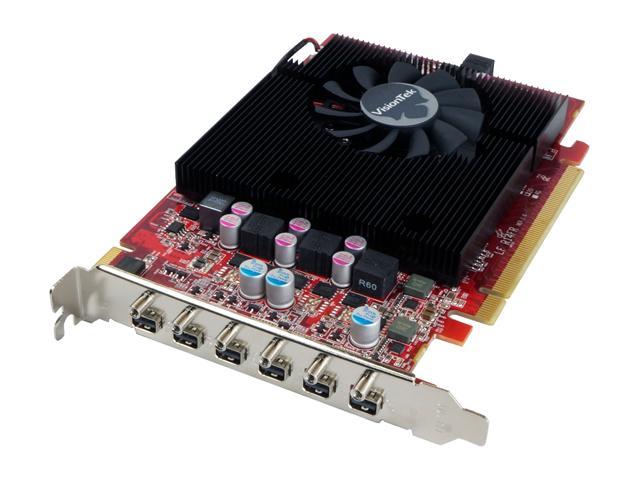 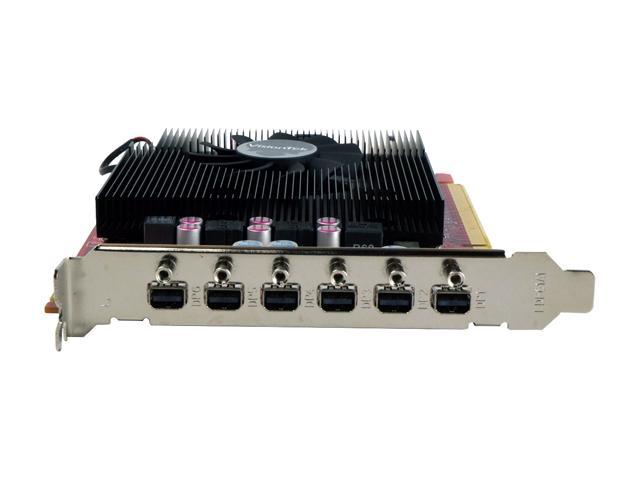 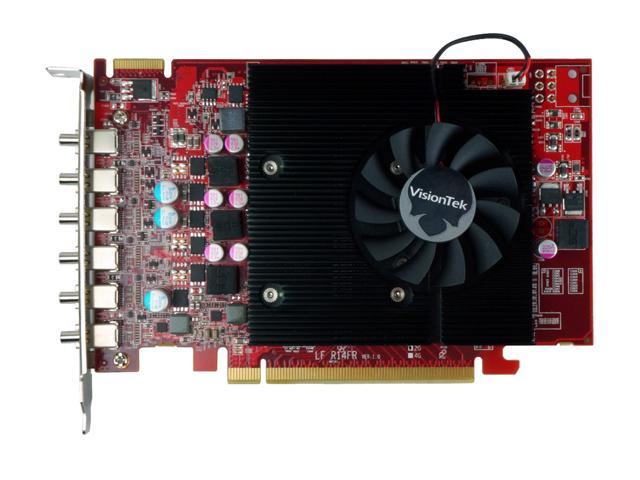 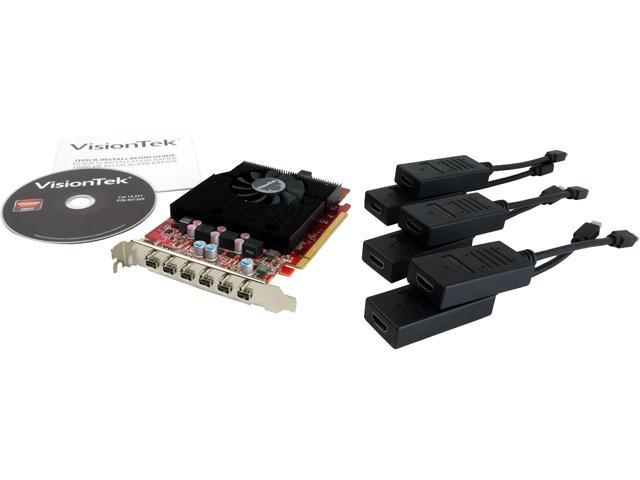 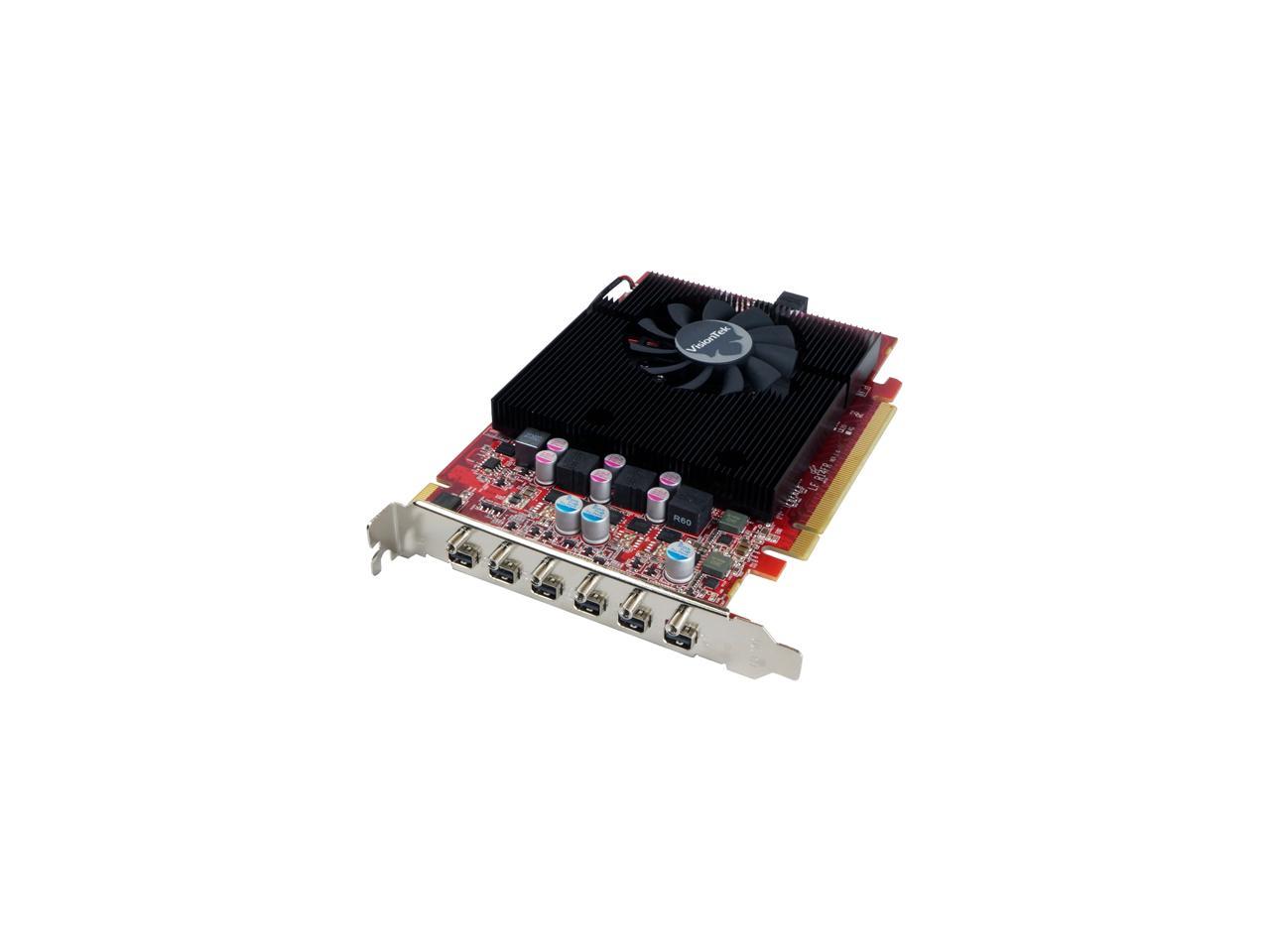 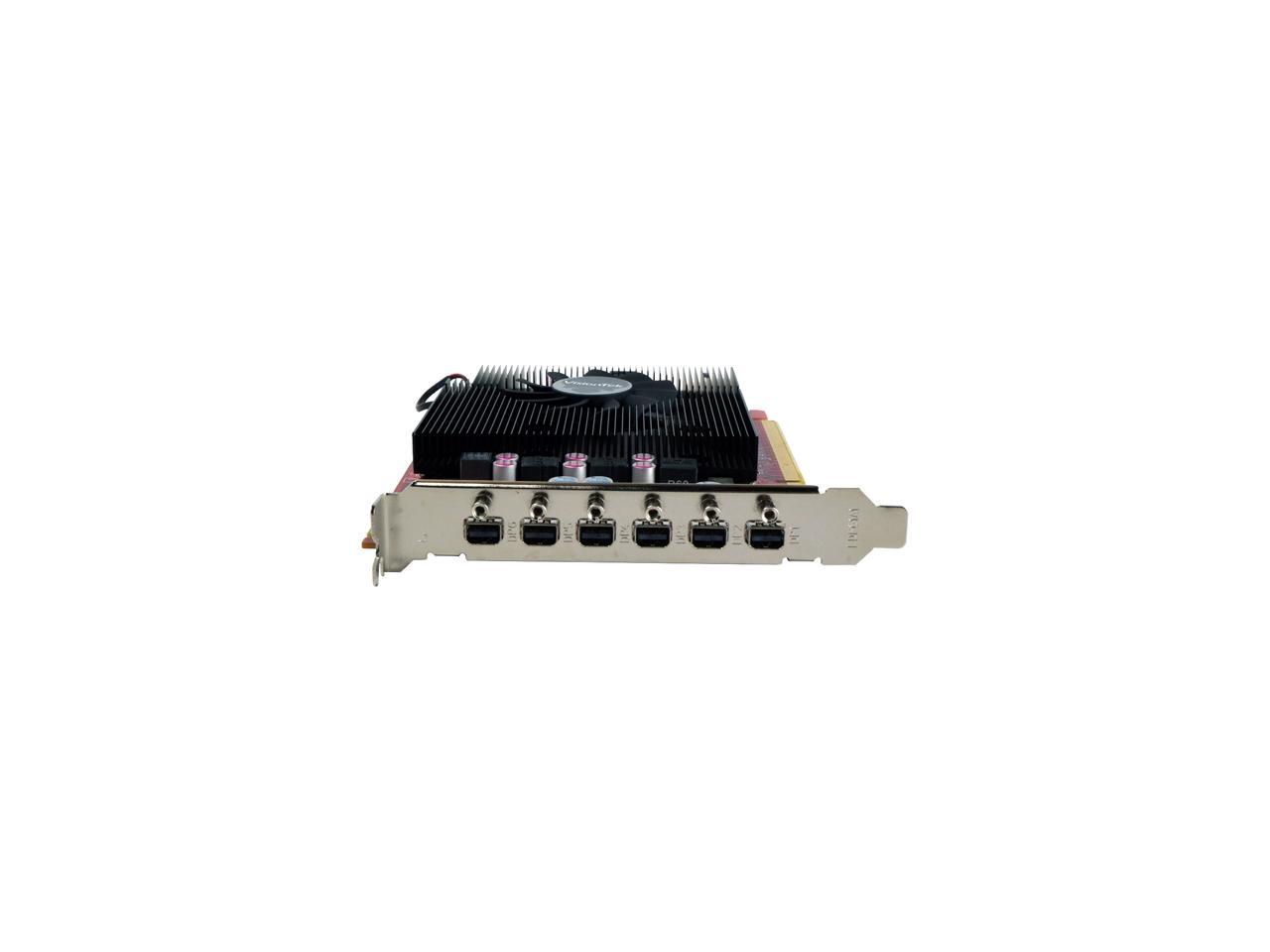 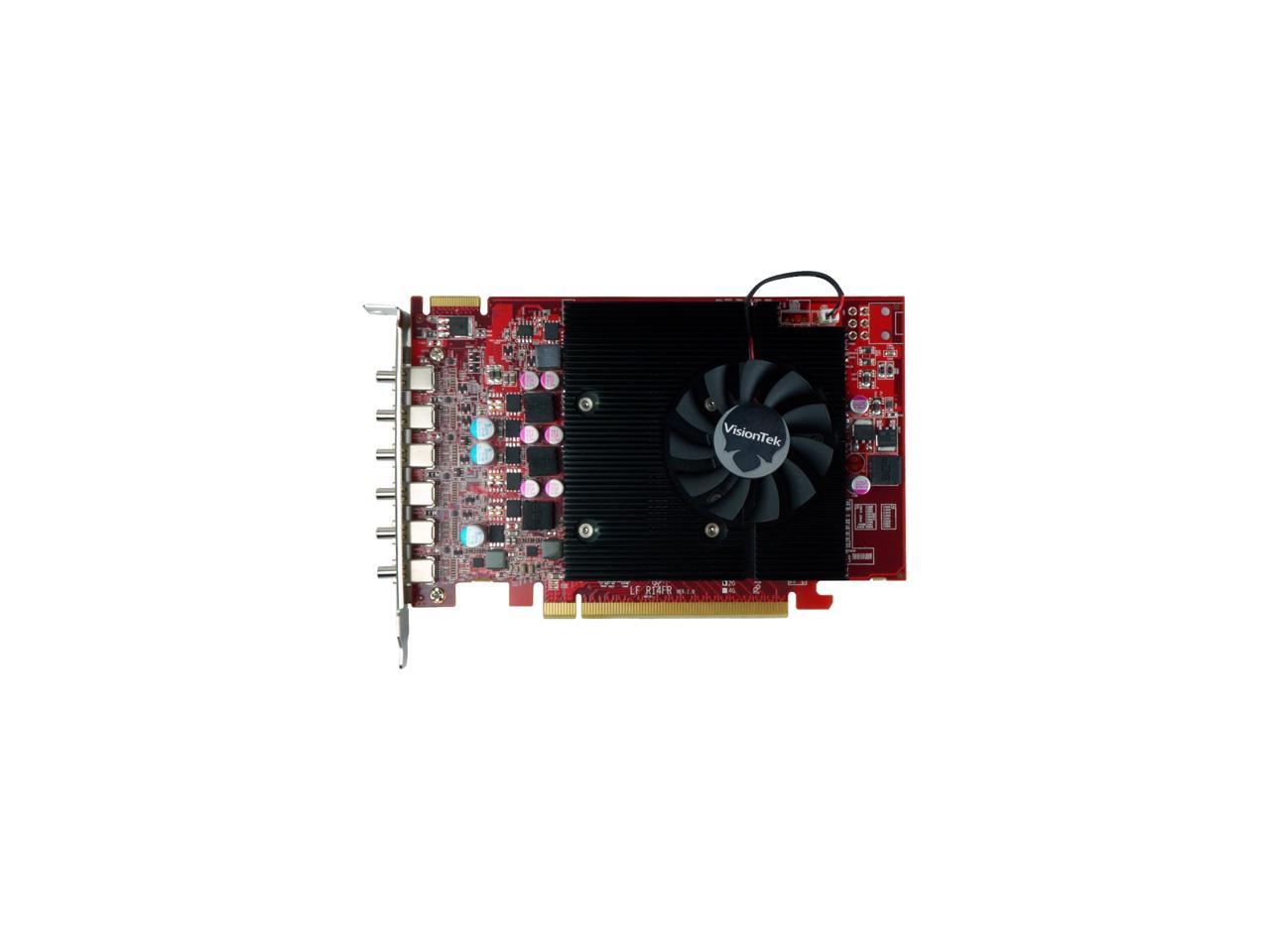 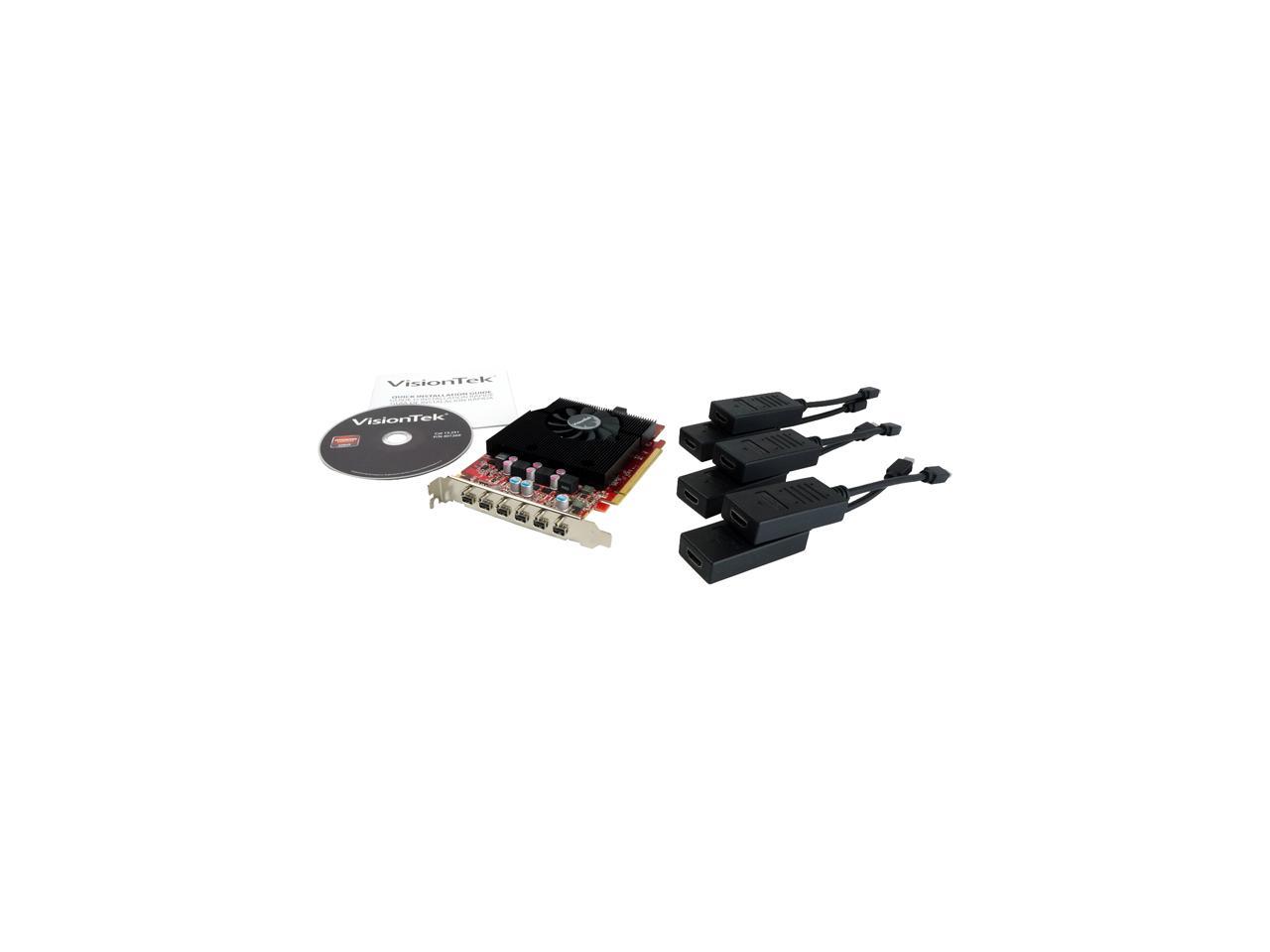 Be the first to review this product...
See more "2gb graphics card"
OUT OF STOCK.
Ships from United States.
Fees for brokerage and duty included in price. Most customers receive within 10-32 days.
Overview
Specs
Reviews

With up to six mini DisplayPort outputs and six bundled mDP to HDMI adapters, the VisionTek Radeon HD 7750 900614-HDMIKIT is great for digital signage, video wall, and other applications that require multiple monitors/TVs. It's based on the cutting-edge 28nm GCN architecture, and built around 512 Stream Processors and abundant amount of memory delivering a significant performance boost in your favorite games and daily applications. AMD PowerPlay power management and AMD ZeroCore Power technology reduce the energy waste to the minimum, keeping your system cool, quiet and your wallet loaded. And packed with incredible features, such as PCI Express 3.0, AMD HD 3D, AMD App Acceleration, and AMD Eyefinity technology for immersive viewing across multiple displays, the Radeon HD 7750 is right the VGA card you deserve.

The one cable solution for outputting both high definition video up to 1080p and surround sound digital audio from your Mini DisplayPort equipped PC or Mac to HDMI interface equipped HD TVs.

Learn more about the VisionTek 900614-HDMIKIT

Customer Reviews of the VisionTek 900614-HDMIKIT