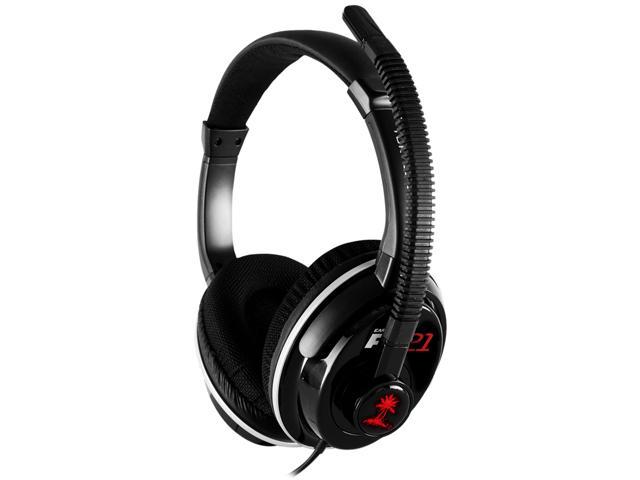 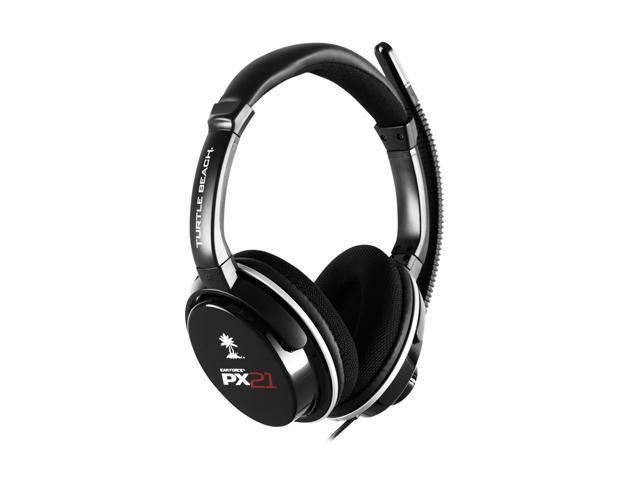 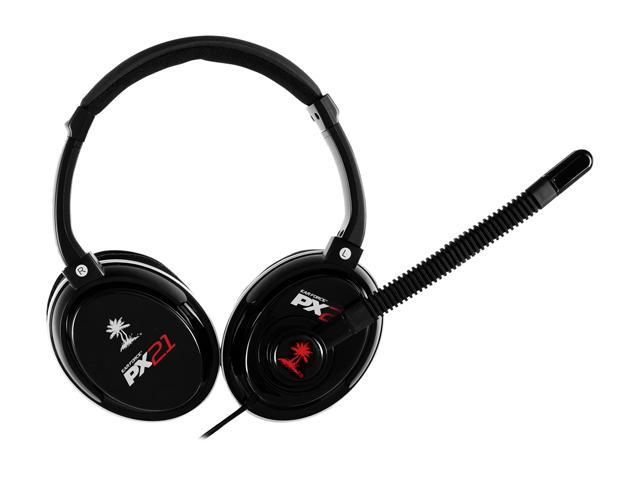 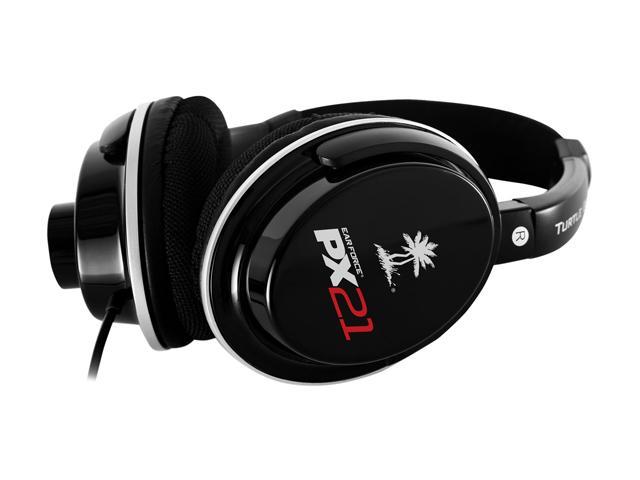 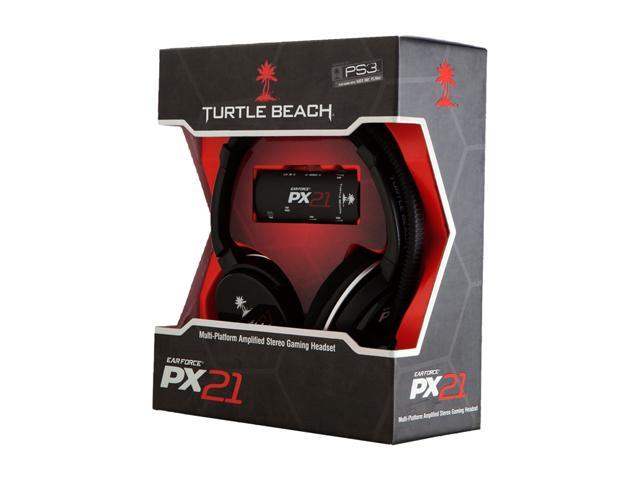 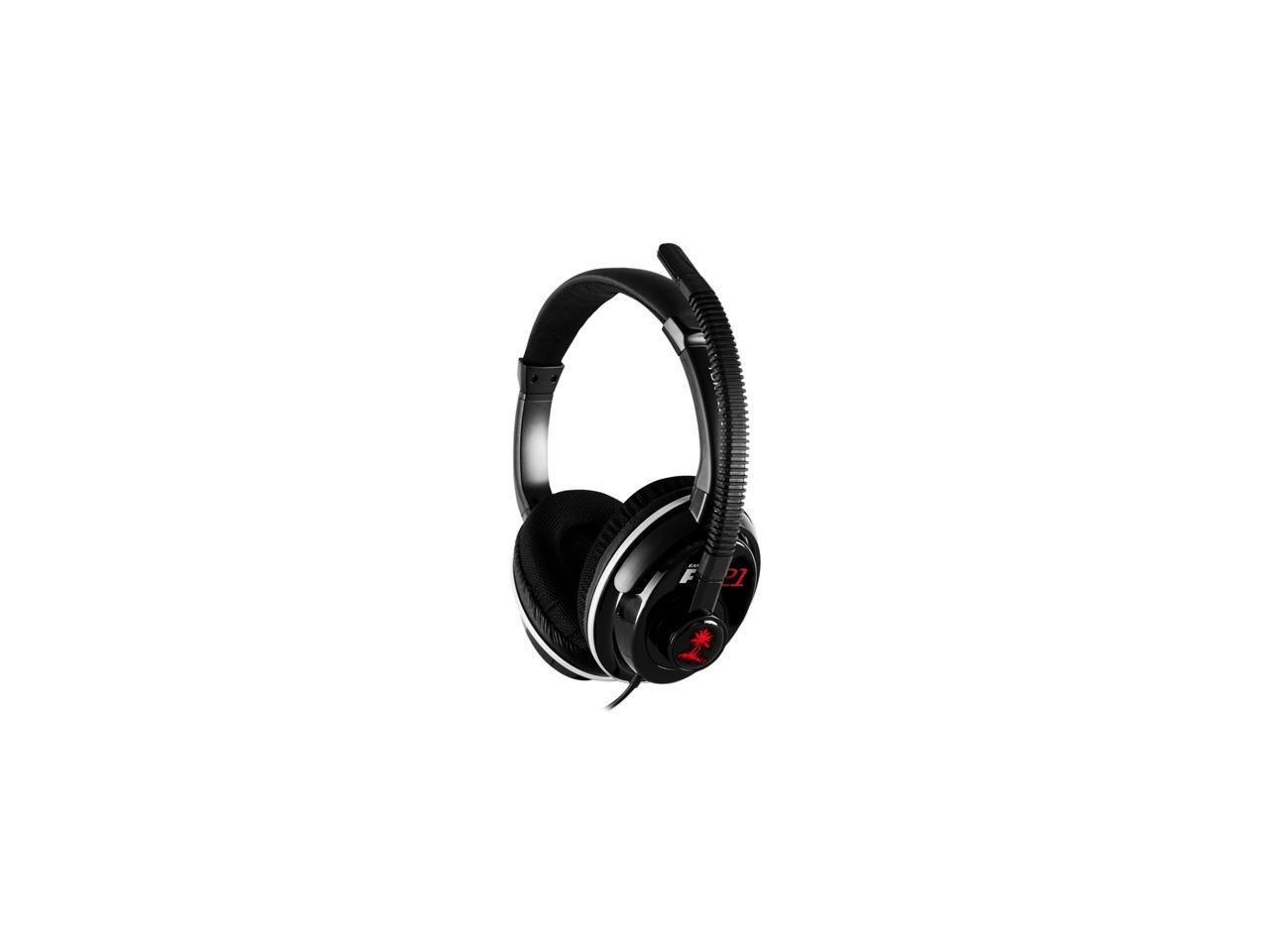 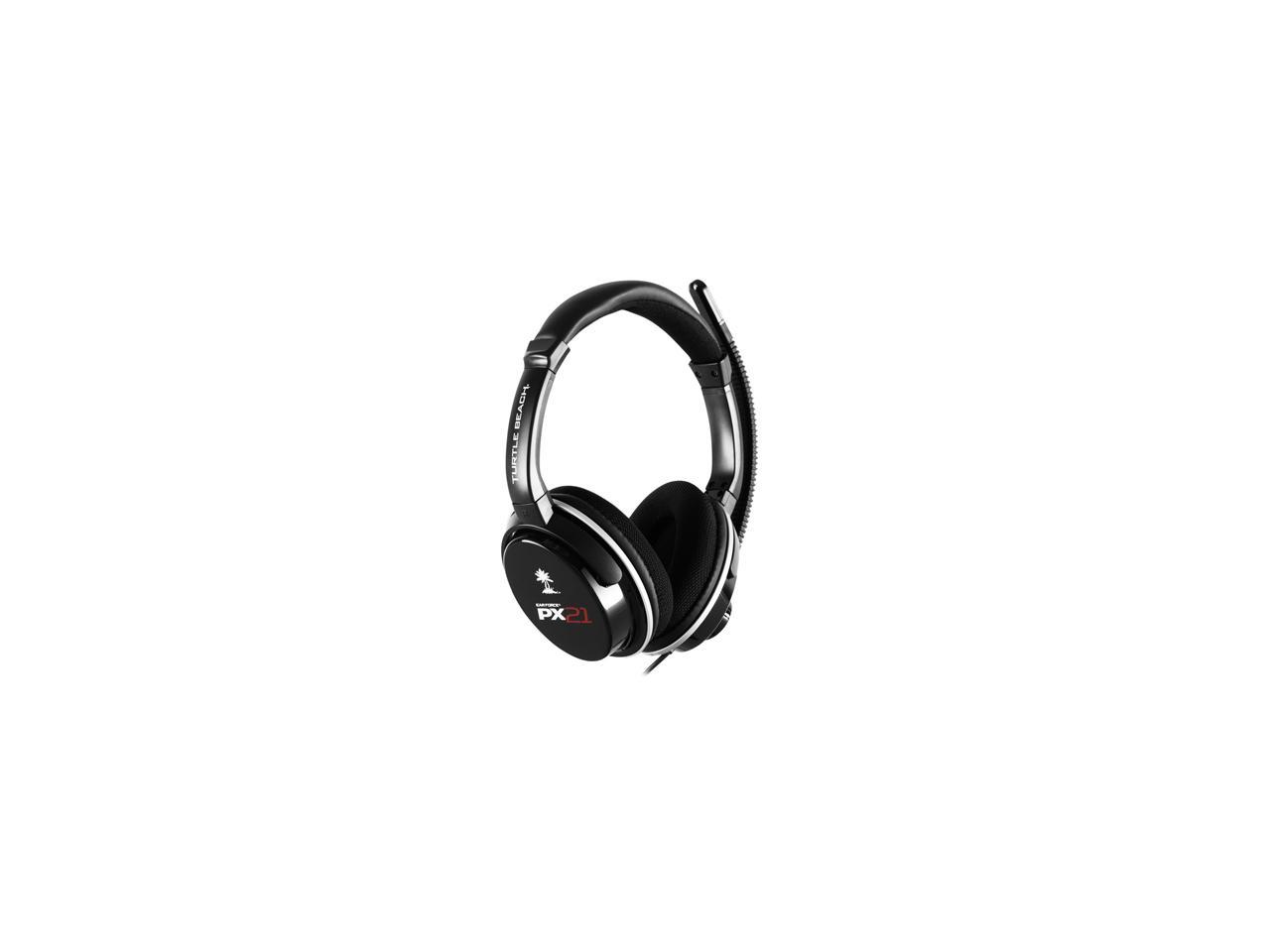 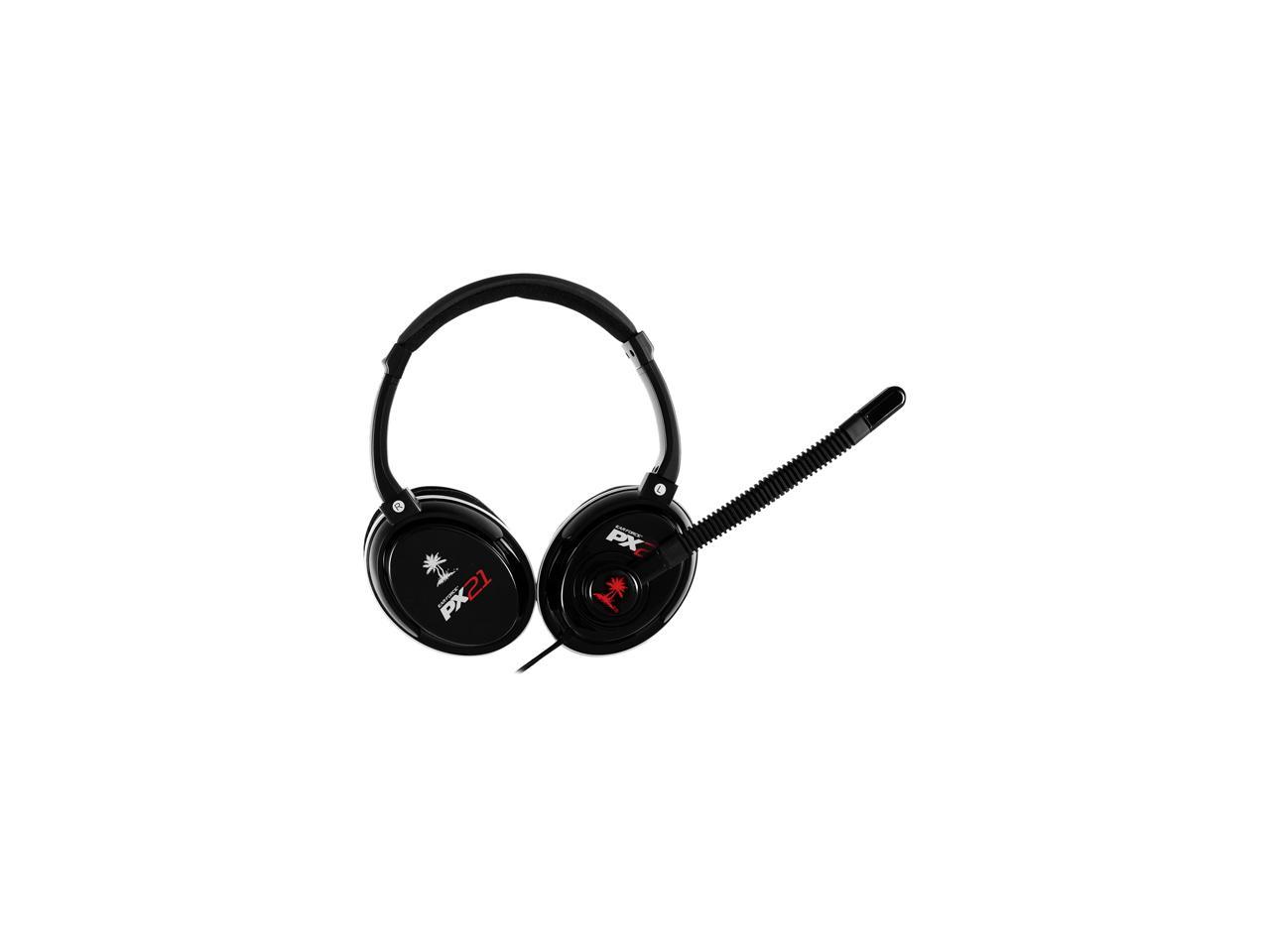 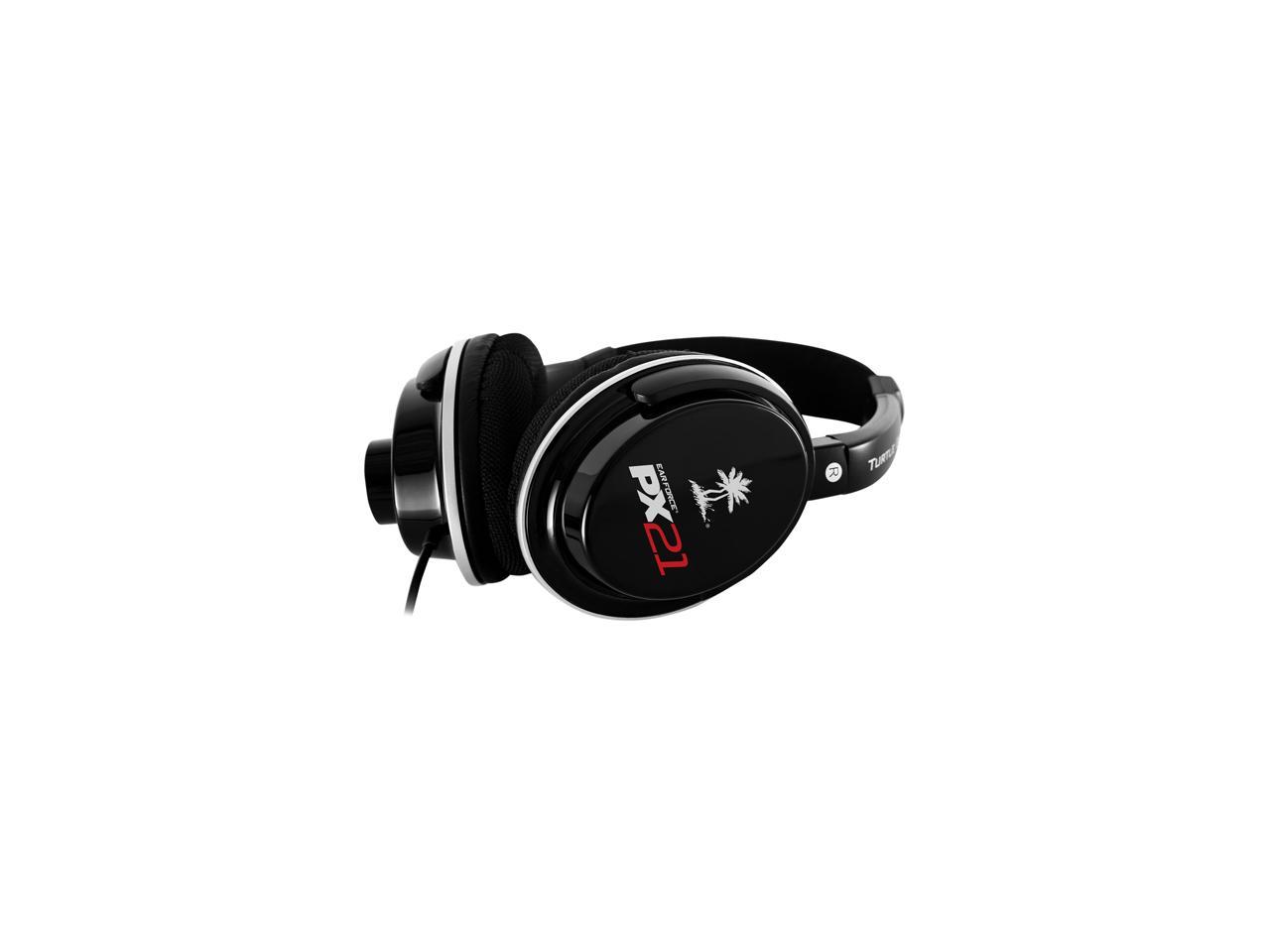 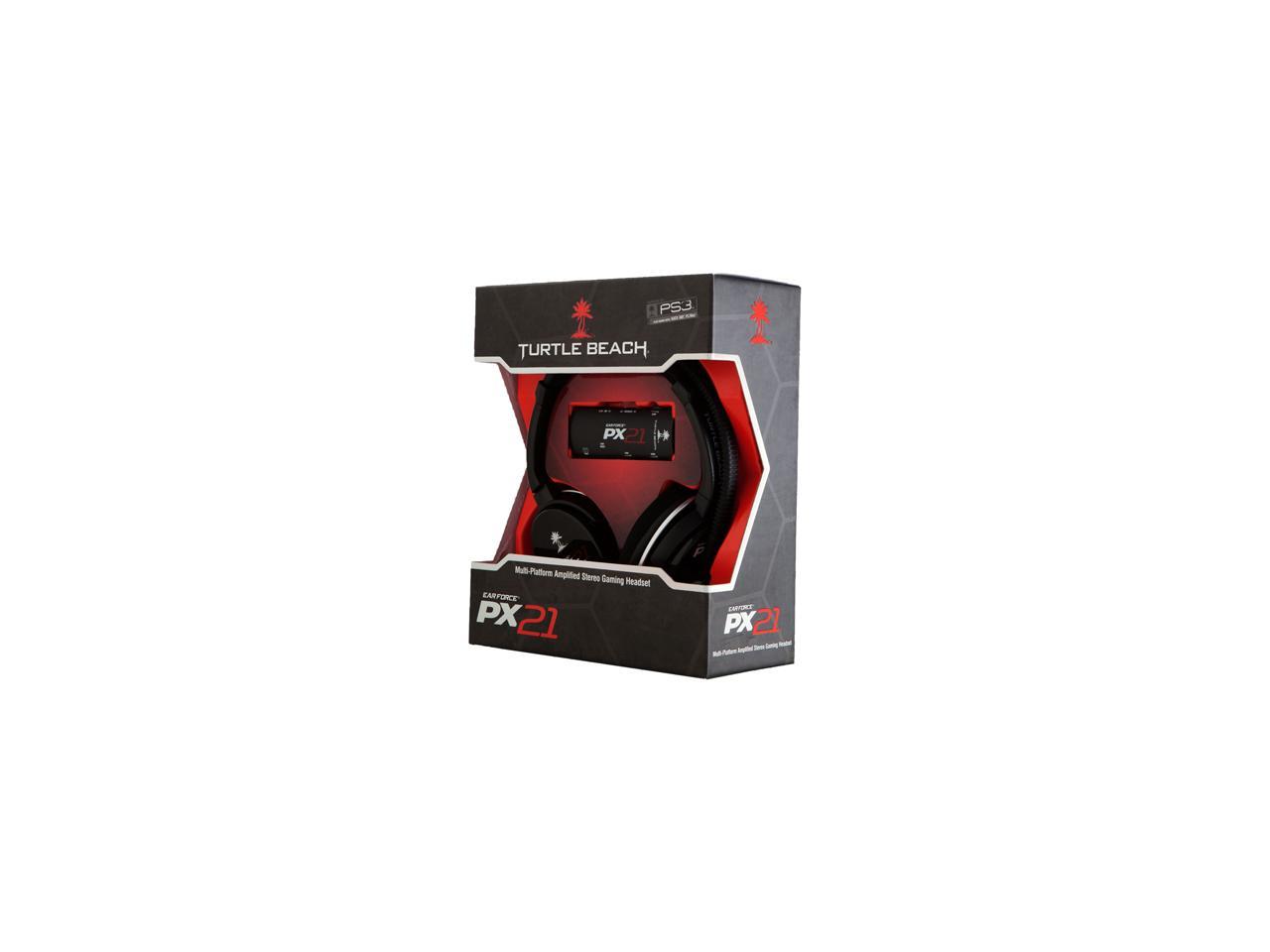 (124) Write a Review
In stock.
Ships from Hong Kong.
Fees for brokerage and duty included in price. Most customers receive within 10-32 days.
Overview
Specs
Reviews
Why You Need It: Superior Quality and Clarity
Amplified Stereo - Get an earful of top quality sound the way the game developers actually meant the game to be heard. Versatility
Play On Anything - Go from a console player on PlayStation™ 3 or Xbox 360® to a PC or Mac® gamer and back again quickly. Advanced Chat Technology
Dynamic Chat Boost™ - Only Turtle Beach offers chat volume that automatically increases as the game volume gets louder so your teammates are never drowned out by sudden explosions. Deep Immersive Experience
Bass Boost - Gives your audio a kick in the you-know-what to add depth and realism to the sounds of the game. Total Control Over Sound
Hear What You Want, When You Want - With Independent Game and Chat Volume, turn the game sound up and chat volume down. Or turn the chat up and the game down! The choice is yours. Voice Level Recognition
Microphone Monitor - Know how people tend to scream when wearing headphones? Now you can hear your voice in your headset so you're not that guy!

Turtle Beach Audio Advantage
The amplified stereo sound produced by the PX21 will ensure that you hear your games loud and clear. We put variable bass boost at your disposal to give your audio a swift kick in the you-know-what when you need it to! You'll be able to hear sound cues that are missed with conventional TV speakers, such as the sound of enemy footsteps or the click of a loading weapon in the distance. In short, you'll react faster and take them out before they take you out, giving you the edge that can make the real difference between winning and losing.
Complete Product Description
The Ear Force PX21 integrates premium stereo game sound with crystal-clear communication on the PlayStation™ Network (PSN), Xbox LIVE® and PC/Mac® to create the definitive audio environment for playing popular game titles on all platforms. The PX21 is two headsets in one - a stereo USB headset for chat sound and an amplified stereo headset for game sound. That means you can independently control chat and game sound from a single control box whether you're playing PS3™, Xbox 360® or PC games. Large, comfortable ear cups with a lightweight, rugged design provide the ultimate in comfort during extended game play.

The PX21 gives you a significant advantage because you can hear sound cues others can't, so you'll react faster and take them out before they take you out. Unique gaming features such as variable bass boost, Chat Boost™, stereo expander and convenient volume controls for chat and game audio, provide a competitive edge that can make the difference between winning and losing. If you're serious about your PS3™, Xbox 360® or PC gaming, then get serious about the sound. Move up to the Ear Force PX21 and become a better player while experiencing your games as they were meant to be heard.

Pros: Absolutely awesome piece of hardware, despite it not being 5.1 you still get crystal clear audio (not to mention its bass boost function is a nice feature ^_^) I've gotten compliments as to how clear I sound with its mic, and we all know theres an advantage to using actual headphones - cutting off all the extra unnecessary noise. You wont feel like theres more to be desired out of these versus your sound system (unless you live and breathe 5.1, and can't settle for 2 channel stereo every now and then) The stereo expansion feature on the headset is excellent, some games you may not be able to tell MUCH difference, but whenever you hit a scene where you can hear the wind, or rain, etc - You can hear this feature really kick in and shine. Not to mention with off screen explosions etc the expander helps in these areas as well.

Cons: The finish on the sides of the headphones may bug some, as it's similar to the ps3's finish, although mine doesn't attract fingerprints much at all considering every time I place them on, I hold the phones by the EDGES, like most normal people would :P (jk... maybe not) Not a con imo, but it may bother some.

Overall Review: When they talk about the mic boom being big, it IS big versus others that you may see, but it also feels STURDY, you don't feel as if you just ordered a flimsy piece of hardware. It's a definite plus, and it always stay in place. The actual headphones are extremely comfortable with its mesh cloth. The only time you're going to experience any ear fatigue is when you pull these things on the first time and wear them for an obscenely long time (more than 12 hours..) and even then it's not that uncomfortable, it would probably be more around the fact that you just pulled over 8 hours of gaming/movies/w/e straight then the fact the headphones being the problem :P All in all , I don't regret buying these cans :) As always excellent and fast order processing+shipping by NewEgg :)

Overall Review: I'll update as to how the warranty on the 2nd set went. I tossed the first without trying.

Pros: I highly recommend this headset for any player looking for either a high quality chat headset for the ps3 or a headset with stereo sound for late night playing. To start off, this is one of the most comfortable headsets I've ever worn. The soft foam over-ear cups really breathe well and the top portion of the headset is padded also very comfortable (and adjustable!). Each cup can rotate independently 90 degrees which gives it a lot of flexibility when you turn your head or if you're like me and like to keep one cup off my ear. The actual mic is very long and very flexible, making it easy to position however you want. The stereo sound is excellent and sounds almost as good as my sony bravia 5.1 surround sound system and the bass boost sounds great. I tested it on my laptop with Skype and it sounds acceptable on there as well.

Cons: As people have already stated, it would have been nice if it was wireless but I've had enough problems with bluetooth and charging headsets is a pain. That, and I wouldn't be willing to pay the extra money on top of what I already paid just to be wire-free.

Pros: The Sound Great and work well with the EarForce DSS. Will Connect to PS3/PC/Xbox 360.

Cons: The ear pieces have broke numerous times. I kept fixing with JB Weld but I am fed up and will bite the bullet on a new pair.

Overall Review: I would go with something that won't break so easliy.

Cons: Breaks after about 4-7 months

Overall Review: I have owned 5 pairs of px21's in the last 2 years. Every pair broke after a few months. The only reason I got 5 pairs was because I had the warranty. Even if you treat them like the a 1,000,000 piece of glass they will still break.

Cons: Faulty design experienced by many users in sound failing in one or both speakers due to bad solder coming loose. Experienced DIY users can attempt to open and re-solder. As I found it easier, when they were still sold in store, to purchase a new headset and return the old headset back as defective.

Pros: With a very high quality sound for the price point, the PX21 provides everything you need to be a casual gamer with an edge over the competition. Compatibility with Xbox 360, PS3, and PC/Mac platforms can leave this headset among few with the option - The added speed in transition between platforms is very convenient.

Cons: As a salesman of this very product, I understand what it takes to make a good headset, and I can tell you that after having witnessed how this headset can break quite easily first hand, this is not a good value. Lacking in the construction department, this gaming headset has three points of movement - one point for extension, one for turning your headset at a near-90 degree angle, and one for pivoting the headset outward away from your ear. It is in the near-90 degree turn where your construction will fail, and the headset will break, as inside the cheaply constructed plastic, only two small tabs hold this piece into place. Any unintentional movement in the ~100th degree, which will be common as you move the headset off your head, down around your neck will cause these small tabs of plastic to degrade over time. They will break. Caution.

Overall Review: In terms of comfortableness, the headset feels fine for the first few months, but those with average-to-wide ears will feel the poor quality in materials. Built with a thin inner-ear cushion, you will eventually feel the grading under this cushion with time, and it will make your ears red, at the edges which make contact with the surface. The headset is lightweight enough that this can go unnoticed during a wearing session, but will be noticed after taking the headset off.

Pros: While wearing headphones when playing PS3, I could not also wear my PS3 Bluetooth headset for chat. SOLUTION: Turtle Beach PX21. Now I can chat and have very good stereo headphones at the same time. -EXTREMELY lightweight and comfortable, especially compared to similar higher-end headphones. Great airflow: for long COD MW2 sessions I almost never feel the need to "air-out". -Make sure to read the directions, these are many very versatile audio configurations for these and your current Audio configuration. -If you've never owned a pair of headphones over $40, these will sound remarkable to you.

Cons: It does not come with a 1/8" to 1/4" mini-stereo adapter. I have an Optical Cable from my PS3 to my receiver (with a 1/4" headphone out on front of receiver), and it would've been really inconvenient if I didn't have one lying around.

Overall Review: To help eliminate hiss: Turn the in-game Chat Volume all the way up on the game you're playing, and turn the Chat volume further down on the PX21 controller.