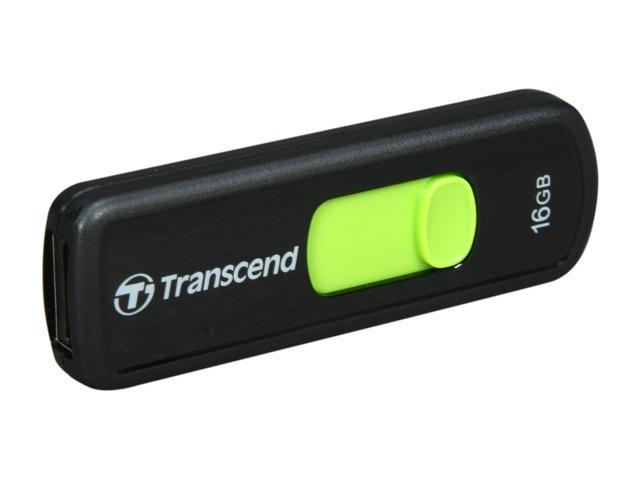 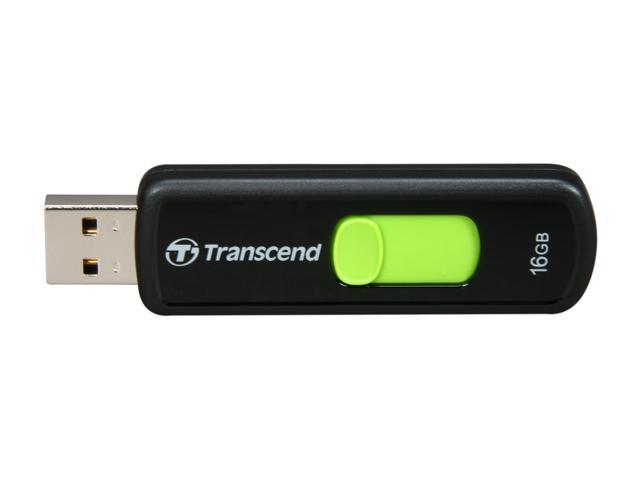 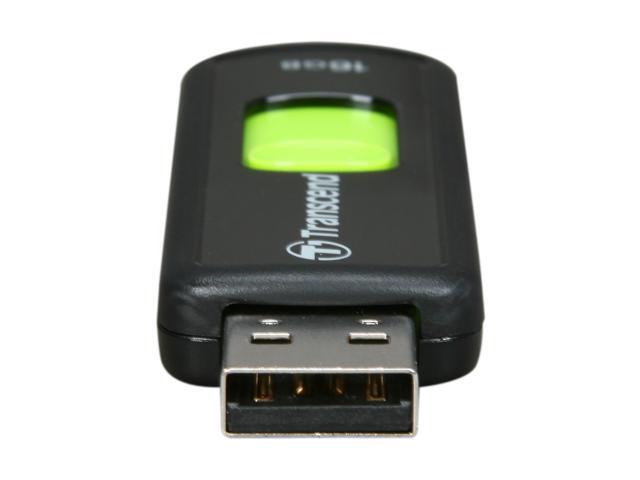 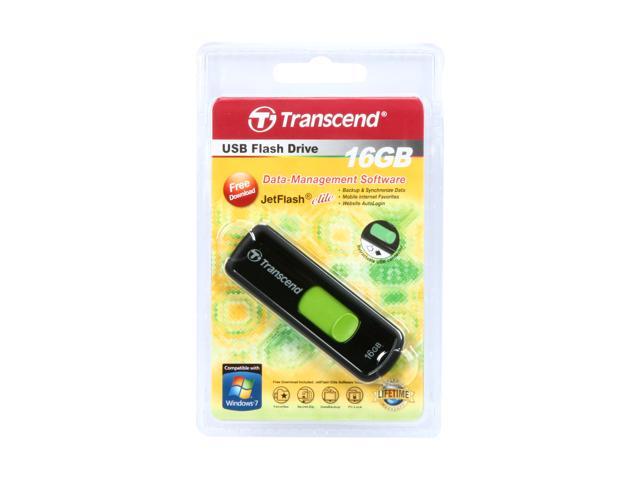 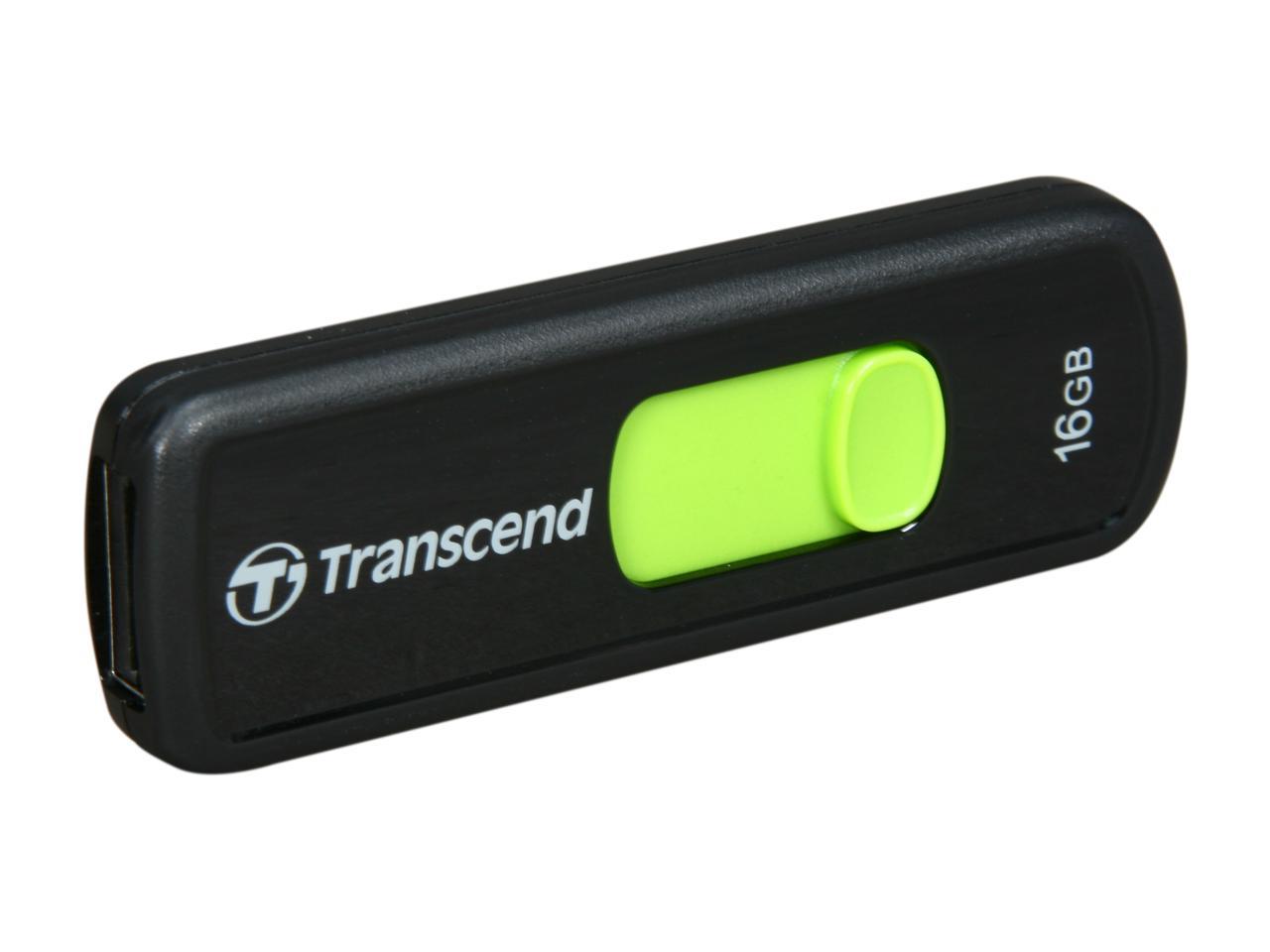 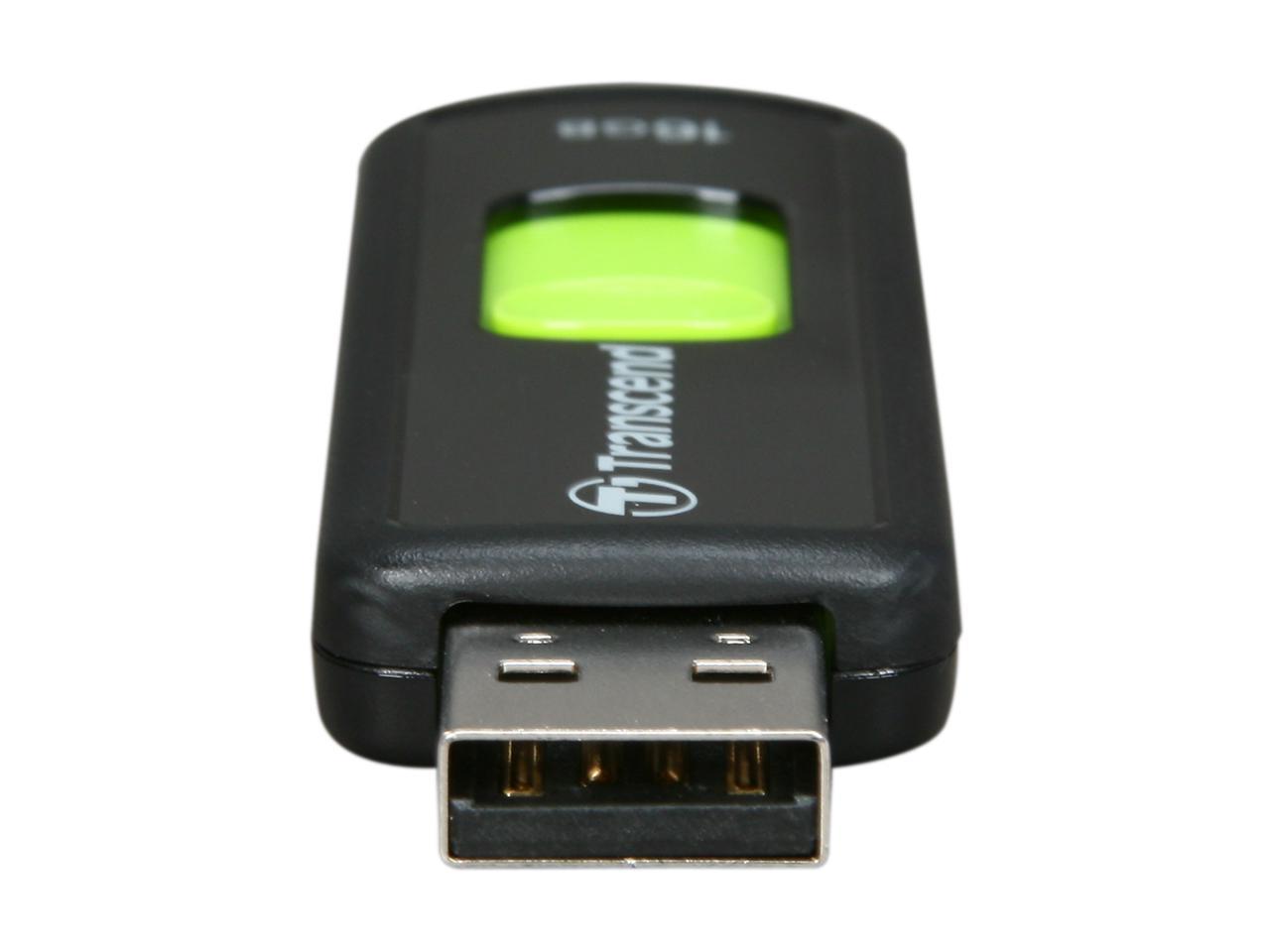 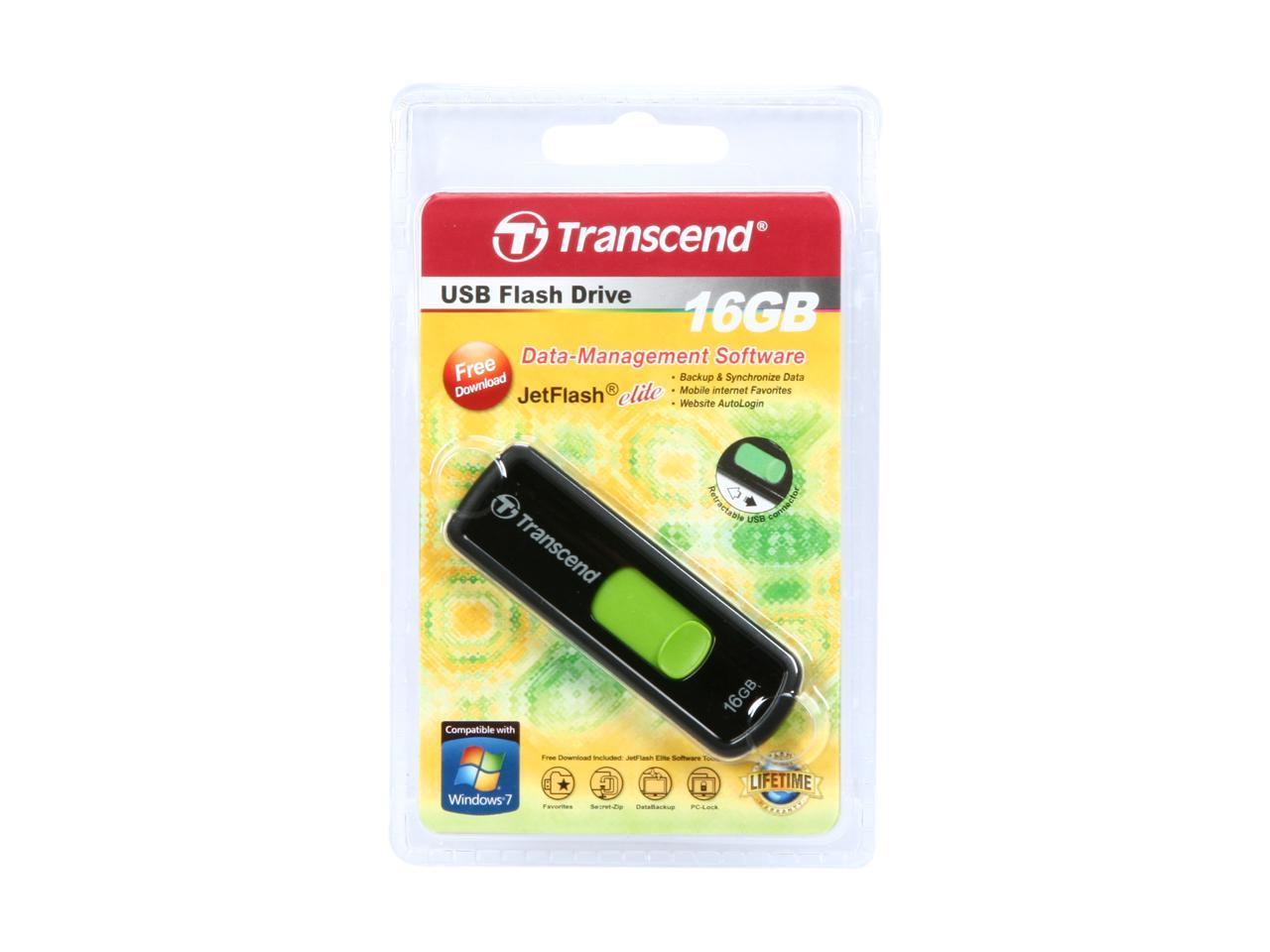 (69) Write a Review
OUT OF STOCK.
Fees for brokerage and duty included in price.
Overview
Specs
Reviews

Learn more about the Transcend TS16GJF500

Pros: It comes bundled with some pretty decent free software. (read other thoughts) About 15.2 GB storage space [depends on the type of format (avoid using FAT if you want to use the drive with files larger than 4 GB)] Quite fast on my machine [averages 18-25 MB/s (not megabit but megabyte) on large (4+GB) files (maybe 64 bit win 7 on a quad core has something to do with that)] Looks very nice and I don't have a problem with the slider lock. Has a pleasant blue LED that does not blink so fast you have a seizure like my other drives LED If you use the bundled software, it will remind you to use the "safely remove hardware" option in windows when you close the program. A very good idea if you don't want all your data to end up corrupted from just pulling out the drive. I was able to easily fit a small keyring into the hole on the end Altogether a very nice usb drive, I think it is the best $23 dollars I ever spent.

Cons: If you use the bundled software and engage the lock function, then lose the drive or let it get ran over by a car or whatever else could happen to it, then you will have a fun time getting back into your computer, because the drive is the key to unlock it, and it will lock windows even after a reboot. (not so much a con, but a note to the wise)

Overall Review: This drive comes with the JetFlash elite II software if you opt to install it. I am surprised no one has mentioned it yet.... JetFlash elite is a small (10MB) .exe that resides on the drive. It will: Backup/sinc firefox and IE bookmarks, And your Email Enable one click logins for IE Backup/sinc any personal files you choose Encrypt your data with AES 256 Compress/decompress your data to save space Show the remaining space allow a Stealth mode that will intercept all your cookies, Browsing history, url history, download history, bookmarks, etc etc. In both IE and Firefox, it will write these to the drive so you do not leave a trace behind, ie on a shared PC. Then you can use them anytime from any PC with the drive in it. Allow you to lock your PC/laptop when you pull the drive out, so no one can use it until you put it back in, even if they reboot. The drive's hardware is the passkey so don't lose it. Create your own slideshow and message for when it's locked (be

Cons: Slow!!! I do not understand how this company can create a huge USB drive and make it so slow. It would take forever to fill up! I was averaging ~5 MB/s on large file transfers. Most average drives can do at least double that.

Overall Review: If you actually need to store large amounts of data, and you'll be transferring regularly, you are wasting your time with this drive. Spend another $10-15 and get a Patriot Xporter XT (~22 MB/s)

Pros: Very compact, light-weight, no-frills casing, no cap to lose, doesn't look like a transformer children's toy, tiny blue LED, cheap (bought it on sale for $18.99 - actually bought 5 of them).

Cons: The slider doesn't always lock in closed or opened position, need to be careful when inserting it into USB slot. Actually shows as 15.1GB in Windows (expected). Too small and can be lost easily? :)

Overall Review: ATTO benchmark is showing steady and even 16MB/s reads and 12.4MB/s writes from 64 all the way to 8192. Smaller file sizes suffer, but are still usable. I bought a Lexas JumpDrive Retrax 16GB before I bought this drive, and boy, what a disapointment - yes, it'll do almost 25MB/s READ, but it maxes out at 6.5MB/s write. I prefer faster writes to faster reads. I also own SanDisc Cruzer Contour 8GB, and that one will do 20MB/s read and 15MB/s write, but it looks so-so, and the weird opening action is not too intuitive; also, it costs almost 3 times as much ($55 online - just checked). Overall, excellent performance and capacity per dollar. There are other drives out there, for similar amounts of money. But if you're looking for something cheap, reasonably fast, and cap-less, than this drive is an excellent choice.

Pros: 16gigs at the price I paid for two of them was amazing. Both my girlfriend and I were in dire needs of new and larger flash drives and these have both been great for her mass amounts of storage she uses for work, and for myself with the speed boost for when I want to use my work laptop to game :P

Cons: Honestly the one huge fault which is actually quite small... there is no way to get a decent sized key ring or lanyard through the very small hold. If not for that I would have given this a 5 out of 5 without a doubt.

Pros: Works as advertised. I use it in my Xbox 360 as expanded storage.

Cons: None so far. I guess the hole for a snap ring might be a little small, but I don't use one so I don't care.

Overall Review: I use Transcend SDHC cards in my cameras, this drive was on sale so I decided to give it a shot. I like my Corsair Voyager, but I feel I will lose the cap sooner or later, the "slider" type is fine with me.

Pros: It was simple to format, it has a good file transfer rate, and is way more storage than burning a dvd.

Overall Review: I feel like it did exactly what I wanted it to do, great product.

Cons: The only reason I gave it 4 instead of 5 eggs is that both of the drives I ordered were a little tricky when initially plugged into my machine. I'm running Win7 64-bit and both drives took about 5 minutes to "load", after which they would not show as drives in my drive list. Upon removing them and plugging them back in, each worked somewhat but not perfectly after another minute or so. It was at least enough for them to show up. Upon formatting the drives, they worked flawlessly. Seems to be a problem with the initial setup of the device from the manufacturer but the hardware itself seems fine. Points off for annoyance factor but I would buy them again.