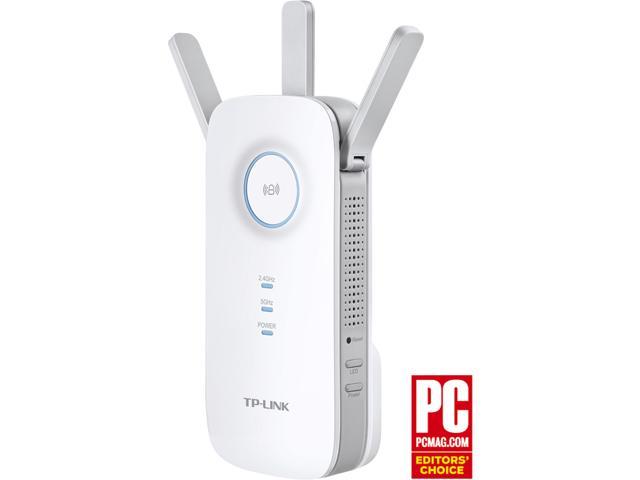 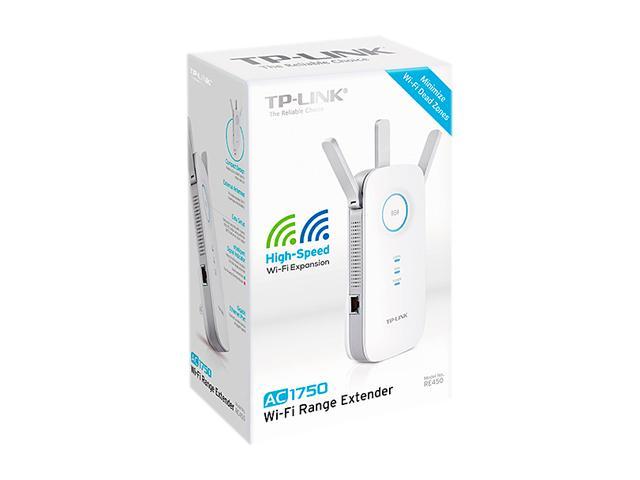 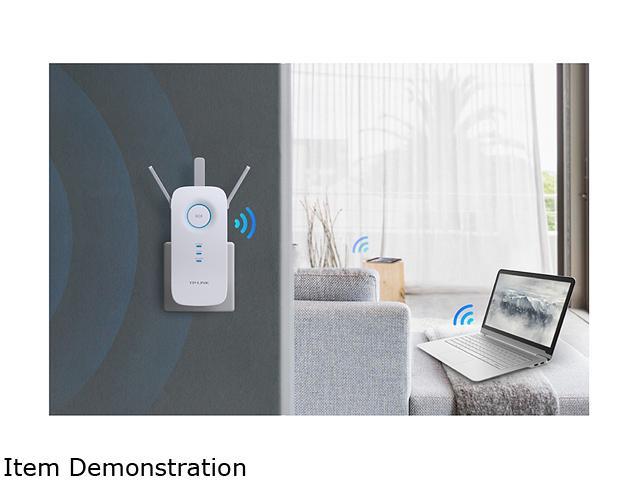 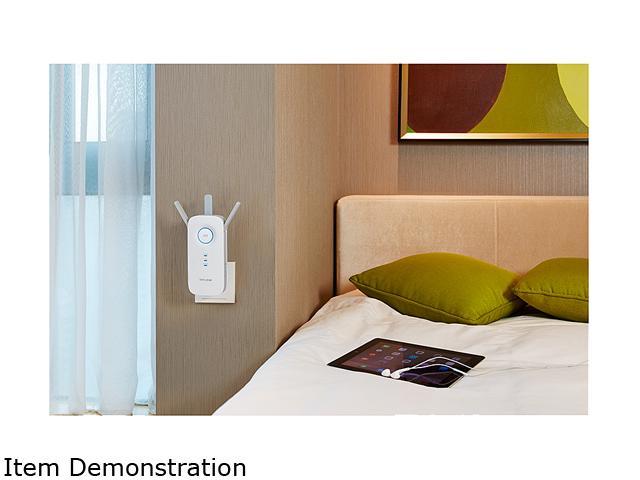 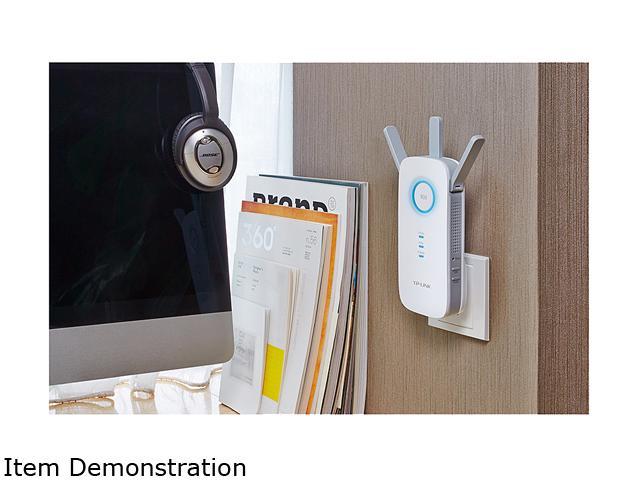 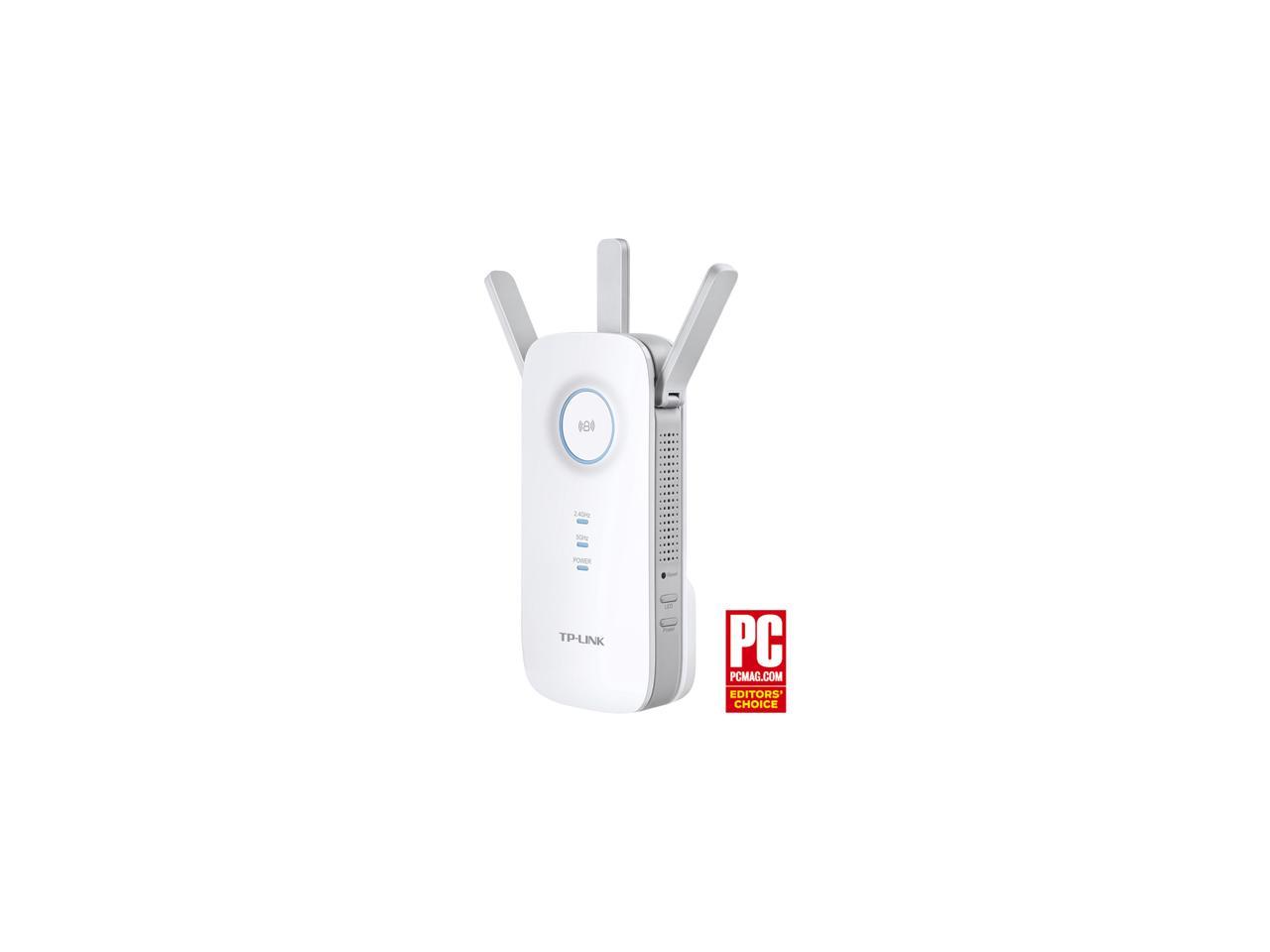 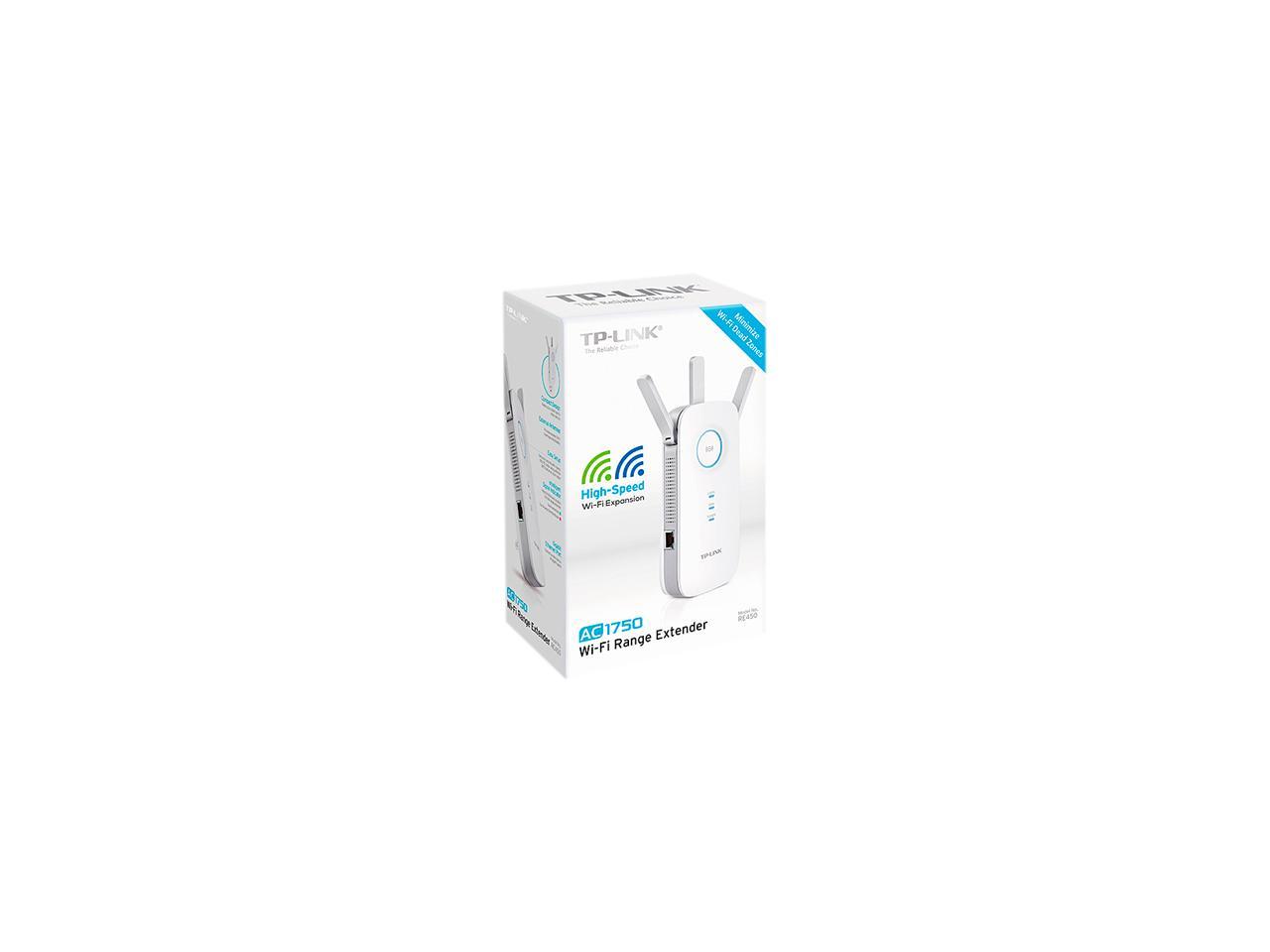 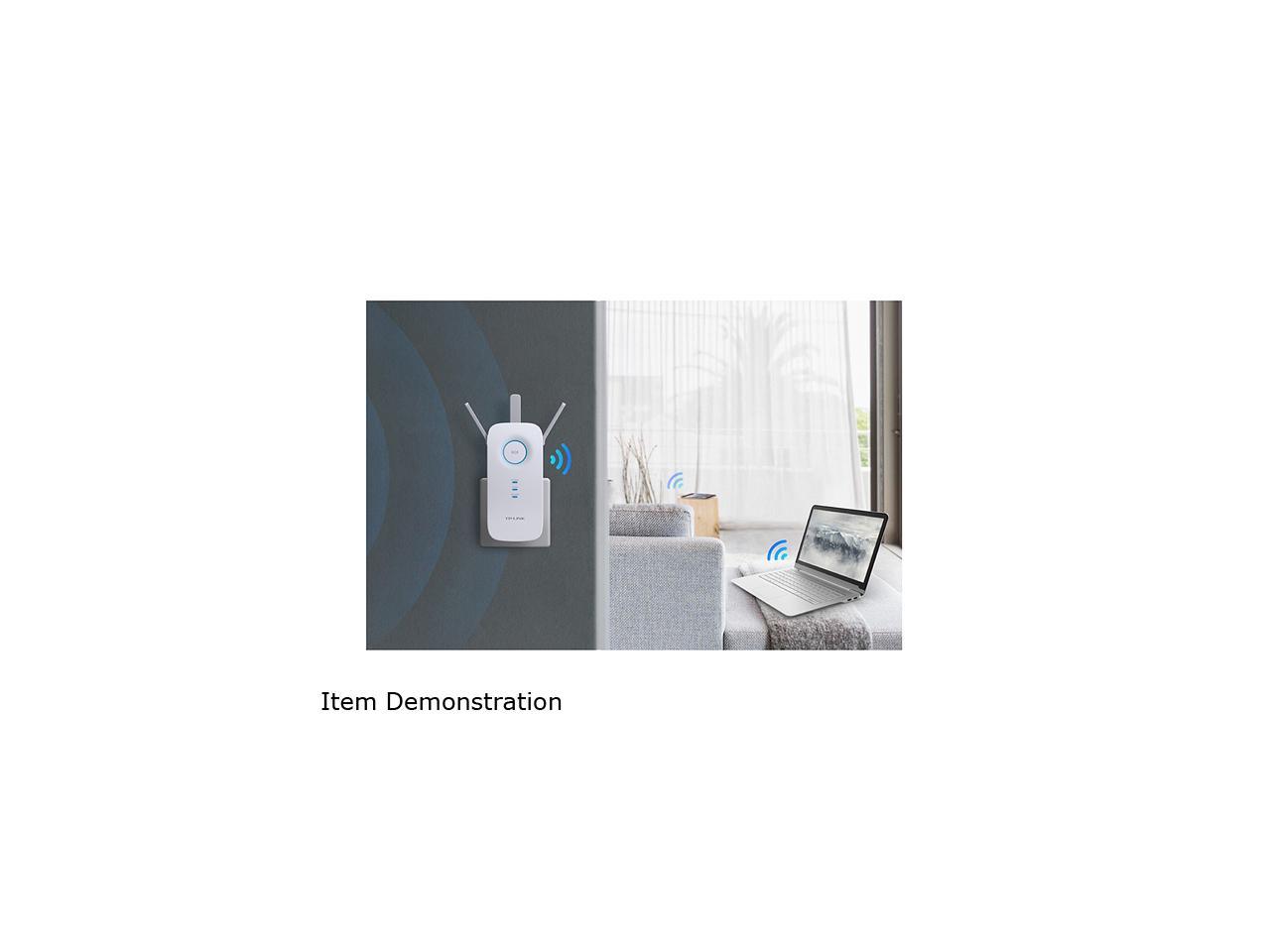 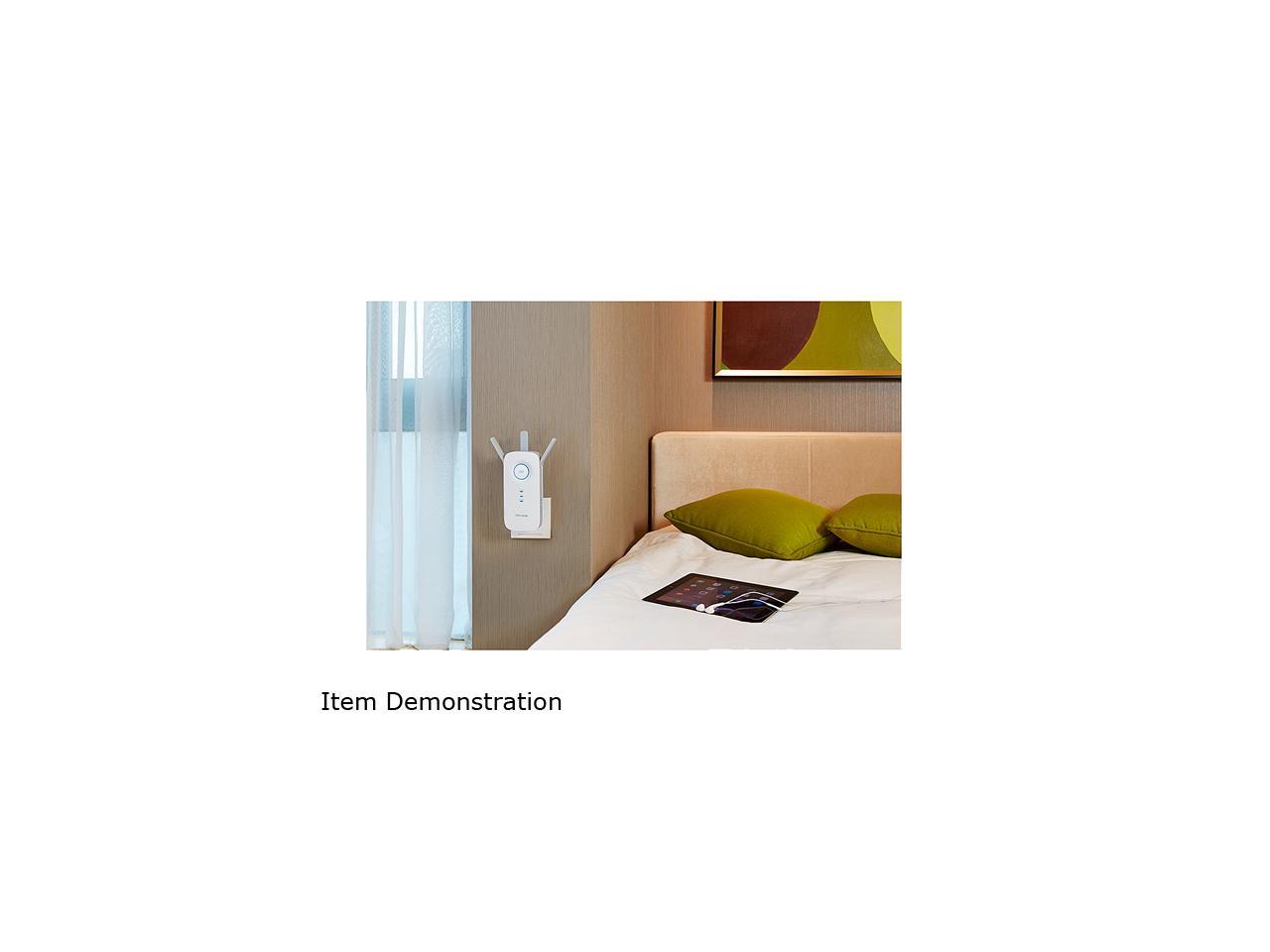 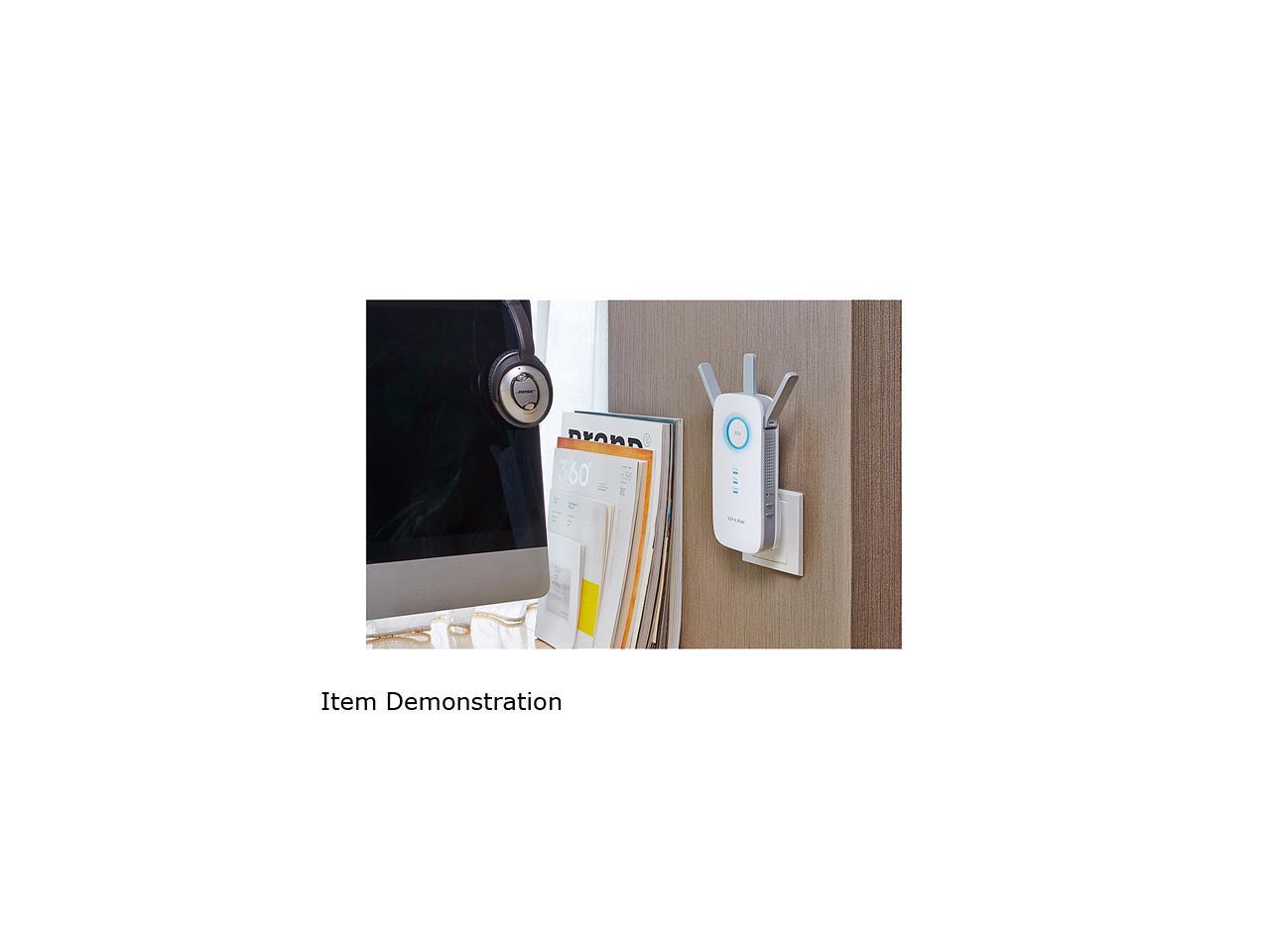 Learn more about the TP-Link RE450

Pros: Provides a strong WiFi extension signal. Since set up my devices haven’t lost the connection and the unit reconnected quickly after a power loss.

Cons: Initially after connecting with my AT&T router the unit had multiple connection problems. After using the WPS button to connect I’ve had zero problems. Some users have had similar problems with different equipment provided by cable providers as noted on the TP Link users boards

Overall Review: I have TP Link switches, bulbs and internet equipment all over my home and am very satisfied with their products

Pros: - Easy Setup - Excellent stability with no lock-ups or drop-outs - Very good performance as a bridge for Ethernet devices, better than powerline networking in my home - Easy to manage from the admin web page or the Tether app on Android - Provides measurable improvements in signal strength in weak signal locations

Overall Review: Please note that I'm reviewing a V1 RE450 purchased in the United States. I needed to find an alternative to powerline networking to provide Ethernet connectivity to devices in my office, which is one floor above my wifi router in the living room. Powerline networking was problematic for me, so I decided to try this. I've been using it for several weeks mainly as a WiFi to Ethernet bridge, and it has been rock solid. I updated the firmware to version 20170111 immediately on installation, and have not encountered any bugs or problems whatsoever. I have adequate WiFi coverage in my home with my Archer C7 router without an extender. However, I tested the RE450 as a WiFi extender in the weakest signal area (my attic), and saw a 10 dbm increase in 5GHz signal level as measured by WiFi Analyzer on my Android phone. For those of you with poor signal, or needing to connect Ethernet devices without re-wiring your home, I recommend the TP-Link RE450 highly!

Pros: Very good price for what it does. Fairly easy setup. Extends the wifi throughout the first floor greatly.

Cons: Took a few extra minutes to log in to the web page and get things sorted, but nothing harder than setting up a router. Not really a con but worth mentioning (and it came with instructions) Doesn't have a pass-through outlet connection. But I knew that when i bought it. It does take a whole outlet to use.

Overall Review: I have an office in the back of the house where the router is located. I installed this in the front room and it has really made a difference with our PS4 that we use as a media device to our TV.

Overall Review: This is a fantastic product and we can reach an amazing Wifi signal even outside the house. I bought this to extend our network so I can play Google Stadia anywhere!

Cons: - Limited configuration<br> - cannot choose channels<br> - can't be used as an access point or router (why even implement a DCHP server?)<br> - cannot set BSSID<br>- You must use high speed mode if you have wireless NAS, backup and/or cache proxy servers, there is absolutely no other choice.

Overall Review: I was nearly ready to return all three of these things until I enabled high-speed mode. High speed-mode means you connect the extender to the router on one bandwidth and your devices connect to the extender on the other bandwidth (this is not a smart capability, you must set this up on your own). If you do not enable high speed mode, what happen is your extender will connect to the router with 2 mac addresses for each respective bandwidth but will only use 1 network IP address (even if you set up DCHP reserve clienting) - so 1 IP with 2 MAC addresses - this creates a lot of problems for devices that need to communicate with each other through the local network. I literally was unable to SSH into any device that was not connecting through the same extender as I was, nor could I administrate extenders of this model on the network of which I was not directly connecting to. This of course had no effect on internet access, so if all you want is to get online, use spotify, etc. you would never have issues with using the extender with high speed mode disabled. However, when I enabled high-speed mode all said issues were resolved. <br><br>Here's the thing with high speed mode: it's only feasible to connect to the router on 2.4Ghz, because 5Ghz in comparison has a terrible range - so then the repeater is broadcasting exclusively on the 5Ghz channel. So, if you have a device that is 2.4Ghz only, it will have to connect directly to the router or some existing access point - it will not be able to use the extender. <br><br><br><br>There is a way of "tricking" the extender to use different channels than the router. First temporarily connect the extender to router on both frequencies, then enable high-speed mode, and change the channel on the router respective to which frequency the extender is broadcasting - voila your router and extender are broadcasting on different channels. You will need to redo this if the device is restarted ever.<br><br>Another irritating factor was a lack of a "connect to BSSID" feature. Because of that, if you are using multiple extenders of this model (or some other), you may have to go into each one and blacklist all the others, so that the extenders aren't relaying through each other which causes tremendous slow downs of speed - which can be a very tedious process, but seemingly avoidable if you use high-speed mode.<br><br>It feels a little limiting that you can't use the Ethernet port on the device to use it as an access point or even a router... which makes literally no sense because the extender has a built in DHCP server - so it's obviously capable of routing... just not with a connection through the Ethernet port - truly a "wireless only router" capability. I'm really confused by this design. If I can can suggest one thing to TP-Link it's to rethink the point of the built in DHCP server, given the current abilities of the device.<br><br>Now for some positivity: High-speed mode has yielded pleasing results. Using 2.4ghz to connect to the router and 5Ghz to broadcast, I've noticed that even in remote parts of the home, as long as connecting devices are very near the extender (as they should be using 5G) and they have the proper interfaces, you can expect speeds of 90Mbps across the network, which is around 4 times what I experienced before without the extenders. Speeds slightly higher than this can be achieved by connecting to the ethernet port. If you want to see results closer to 300Mbps you would need a more capable router. In time I will find out whether or not the advertised 1750Mbps is actually attainable.<br><br>Overall, I would highly recommend this product to the home user just surfing the web, single console gaming and media streaming. I highly recommend enabling high speed mode to reap the benefits of this product. I would however, steer the more sophisticated user to something more option rich.

17 out of 19 people found this review helpful. Did you?
Manufacturer Response:
Dear Newegg Customer, Thank you for taking the time to review our product. We are sorry to hear that you have encountered these difficulties with installing your range extender. We hope a solution has been reached regarding your issue. However, if you are still experiencing difficulty with the unit, our support team would appreciate the opportunity to assist you. Please send us an email including your contact details along with a copy and paste of your review to the address provided below so we may follow up with you for additional details regarding your case. We certainly hope this experience has not discouraged you from checking out more of our great networking products in the future. Best Regards! TP-LINK Support Team 866) 225-8139 ussupportteam@tp-link.com
Jonathan G
Ownership: 1 week to 1 month
Verified Owner
Does what it's supposed to3/23/2021 6:15:32 PM

Pros: Took a bit longer than expected to set up, but i wasn't reading the info correctly, the wifi network is now 5 bars everywhere in the house and the signal is very strong.

Cons: No cons as of yet

Overall Review: I would recommend this product. It is efficient for what I need. I presume a bigger house may need more than 1.

Cons: WPs install only setup 5.0 wireless had to setup manually to get both protocols

Overall Review: I have set up several WiFi extenders and this was a fairly easy one. For the price and capabilities this is a great buy.

Pros: IT was easy to set up and works as it should.