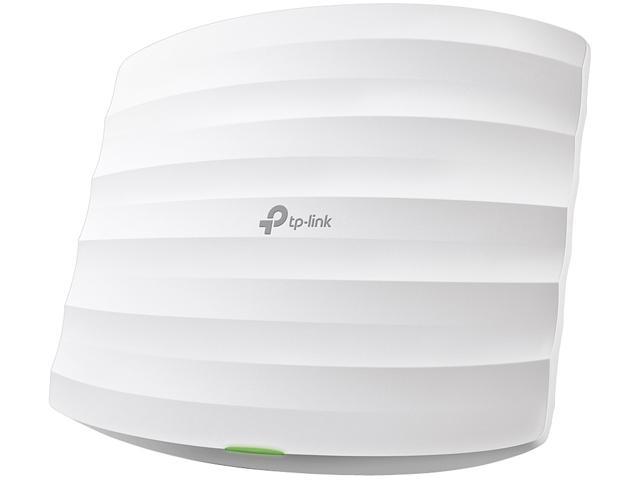 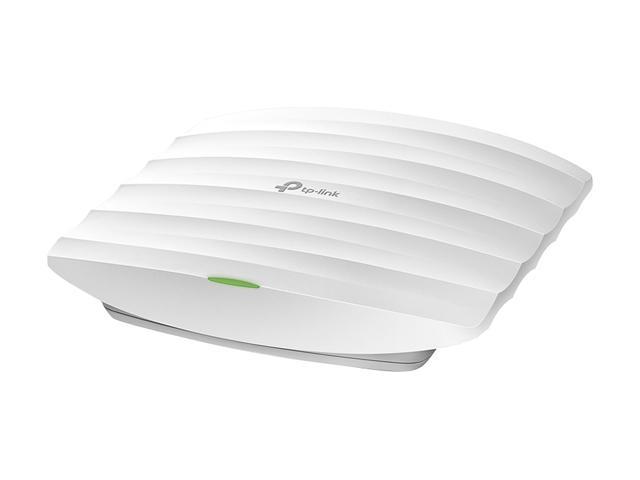 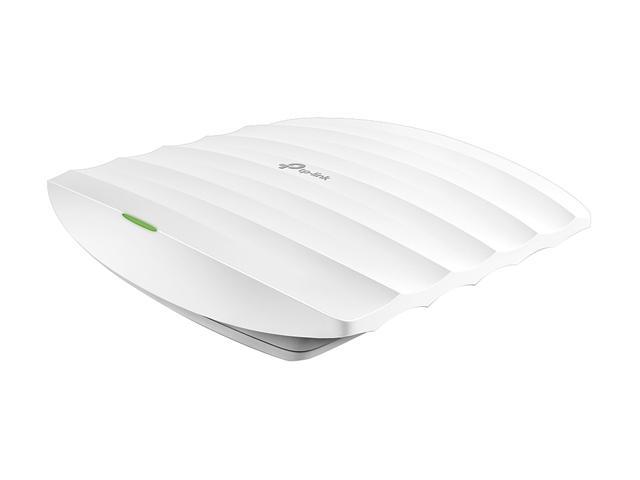 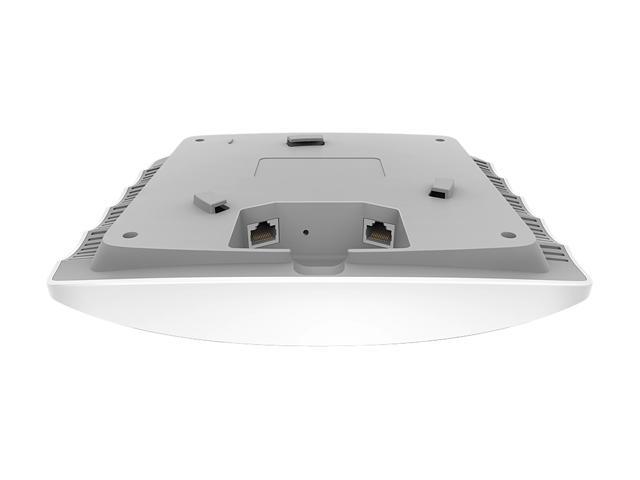 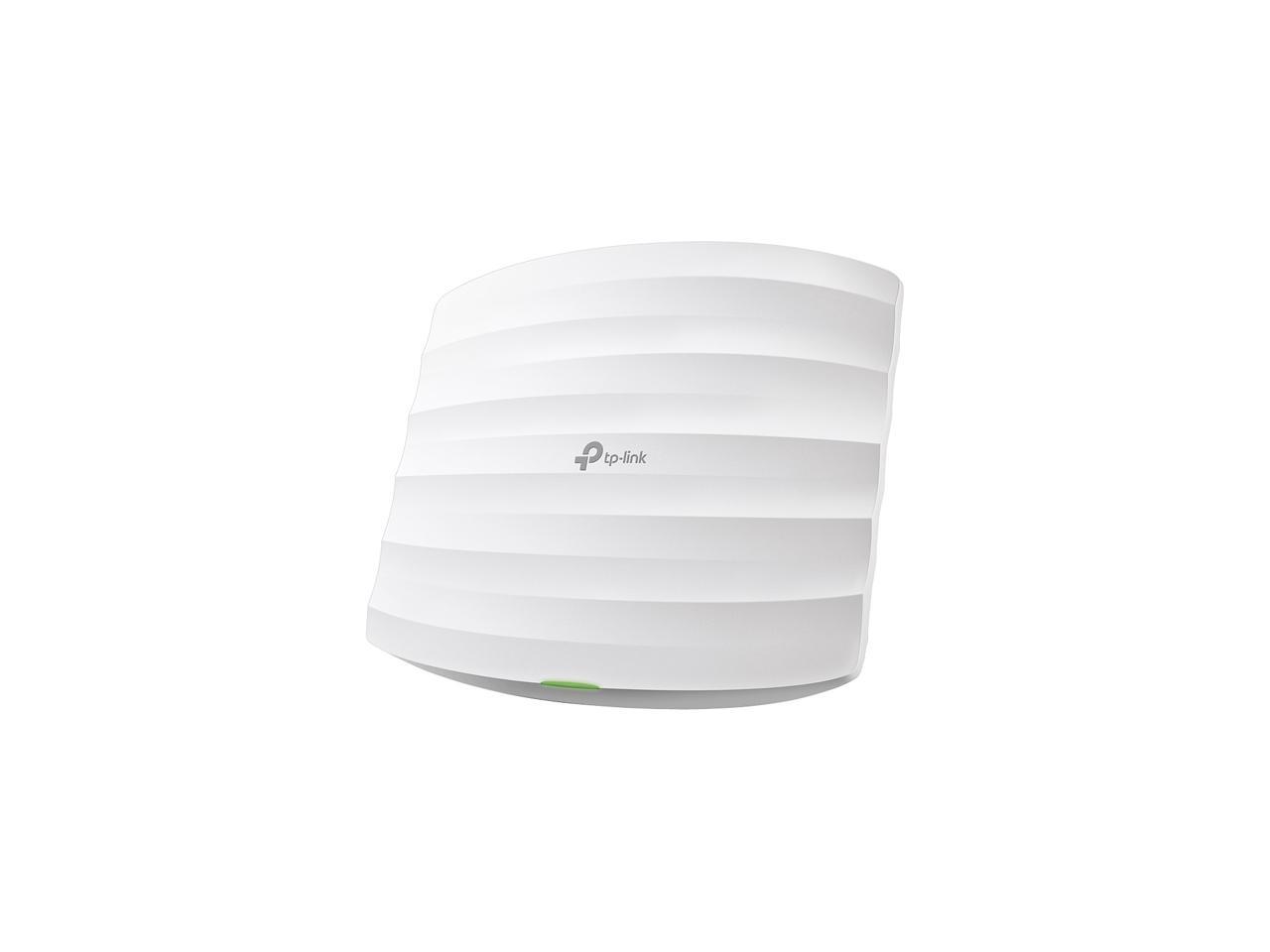 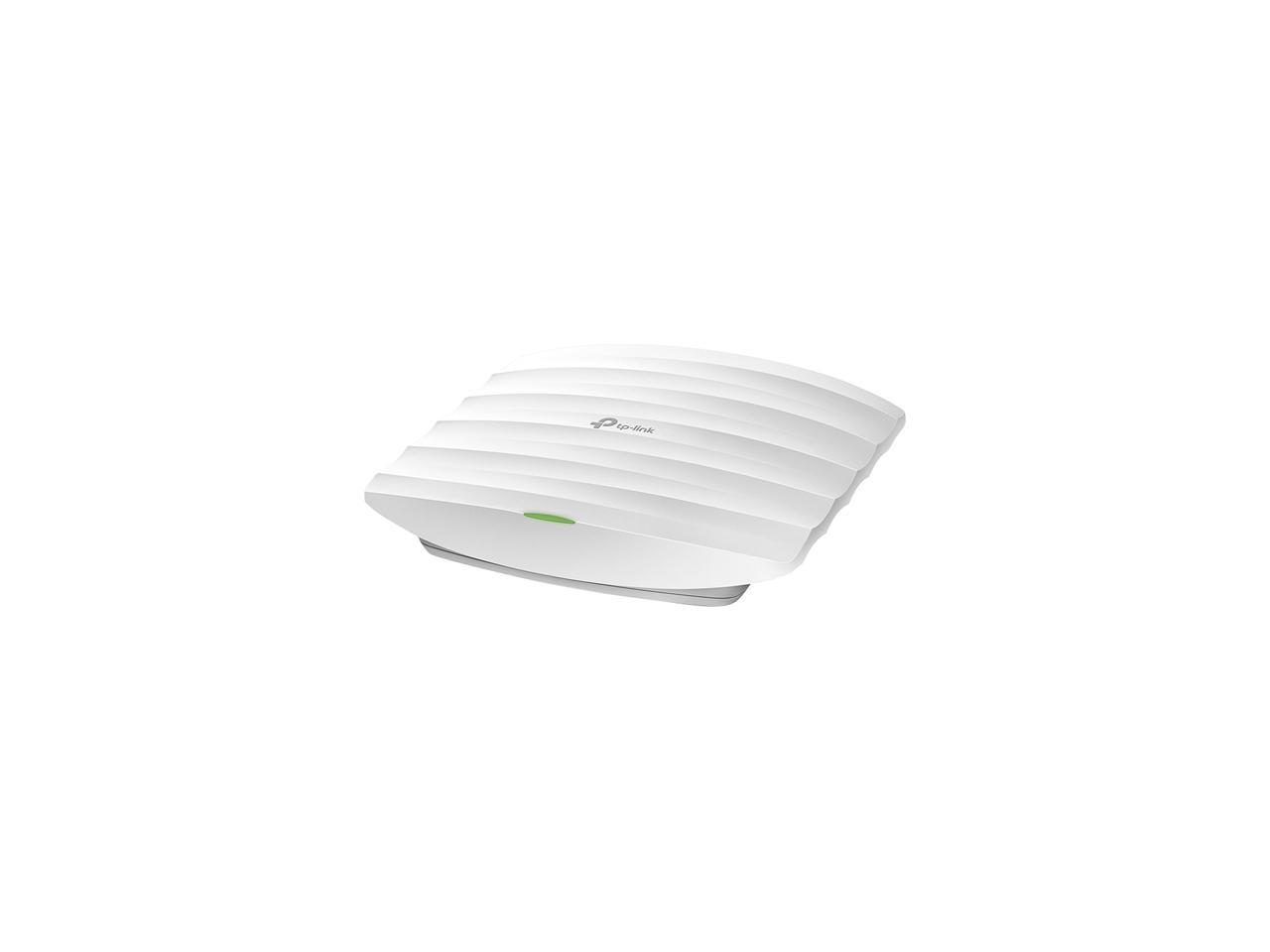 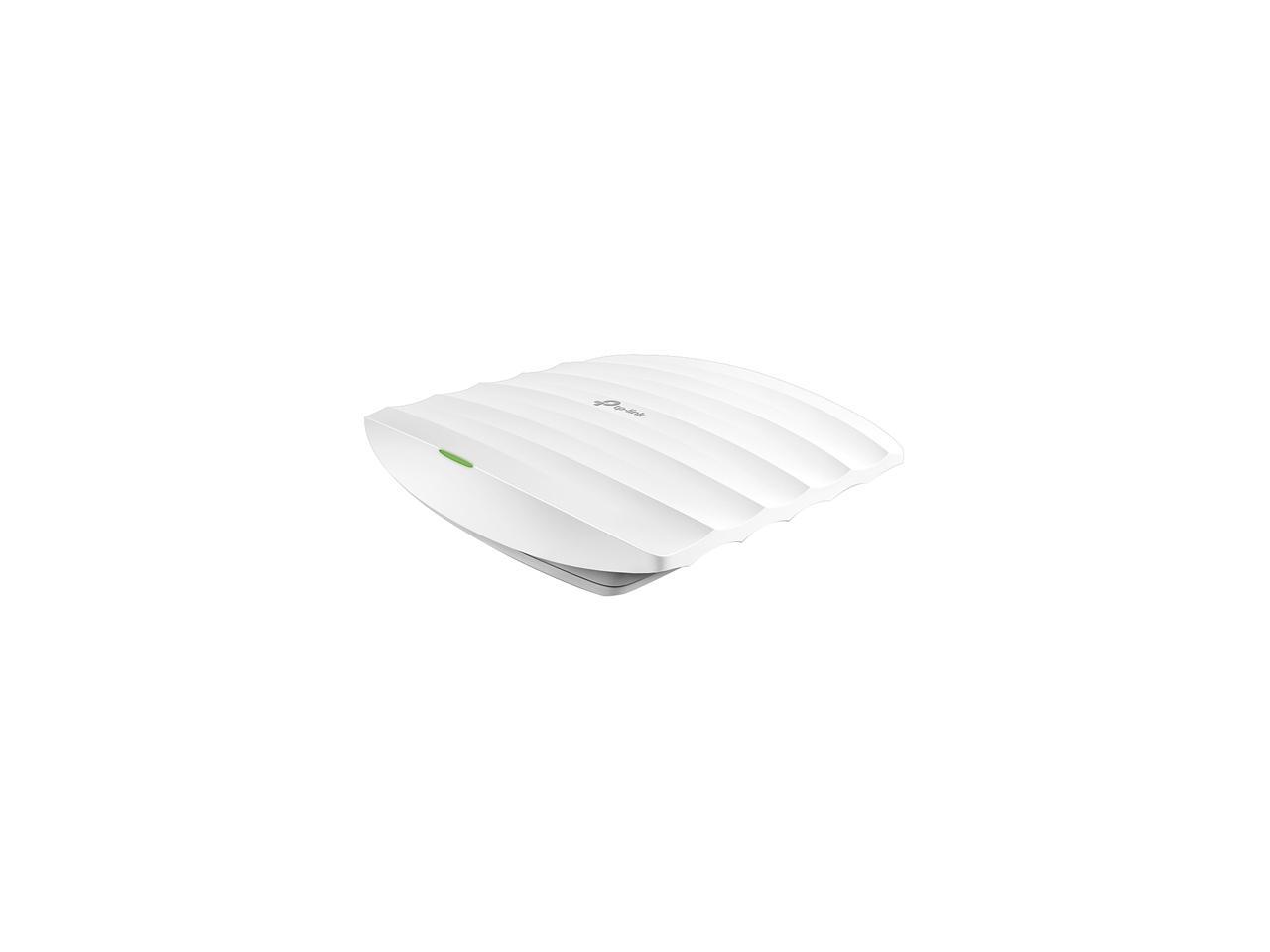 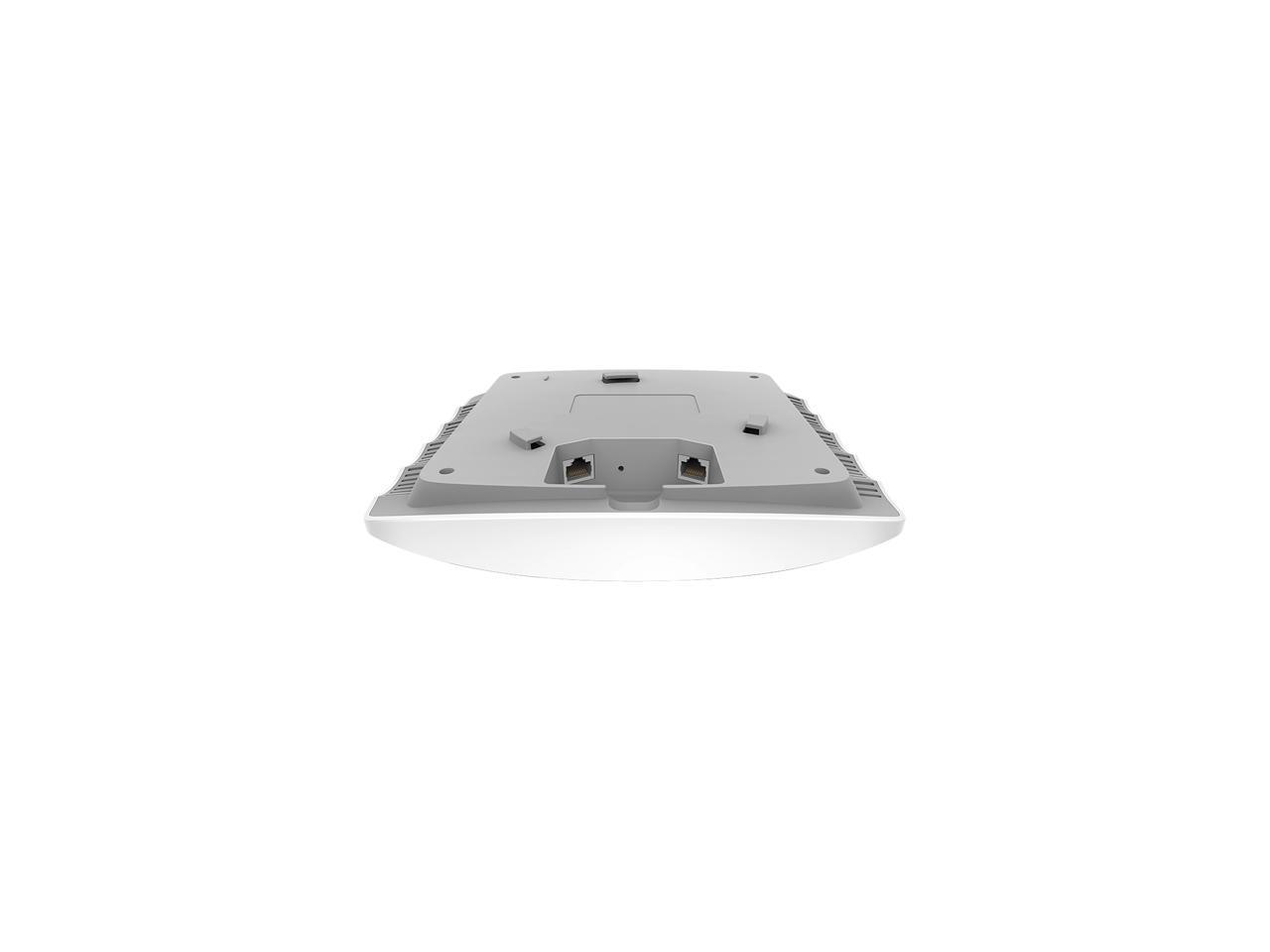 The TP-Link EAP245 V3 ceiling-mount access point is ideal for modern business settings. You can install it anywhere you can run a PoE Ethernet cable and add more access points. In no time, you'll get concurrent 1,750Mbps* Wi-Fi speeds over two bands. As you move from room to room, your connected device will shift seamlessly from one access point to the next without any dropout. With captive portal, you can limit guest access and easily manage users. Comprehensive management utilities are offered for easy tweaking of your Wi-Fi. 802.11k/802.11v seamless roaming switches clients automatically to the access point with the optimal signal with a seamless transition when moving. This allows sensitive applications like VoIP and video conferences to go uninterrupted. Guest Network provides secure access to guests sharing your Wi-Fi network, with captive portal helping maintain only authorized guests to use the network. The addition of SMS and Facebook authentication simplifies the captive portal even further to simplify connectivity and boost your business.

EAP245 supports both 802.3af PoE and Passive PoE power supply, can be either powered by a PoE switch or the provided PoE adapter. The addition of elegant appearance and simple mounting design for easy attachment to a wall or ceiling further makes deployment effortless and flexible.

Omada Cloud Controller OC200 and Omada Software Controller make it easy to manage and monitor the whole Omada network in real-time, while cloud service enables remote and secure access no matter where you find yourself. Easy Management with the Omada App

Follow configuration instructions on the free Omada app to get set up in minutes. Omada lets you configure settings, monitor the network status and manage clients, all from the convenience of a smart phone or tablet.

Pros: - easy mounting because it clips into a bracket - tamper proof mount as it requires a paper clip to remove it and you cannot unplug the wired ports without removing it - conforms to many standards, like PoE

Cons: Trivial things like: - a little larger in size than you would expect - unconventional styling - but its color makes it somewhat unobtrusive

Overall Review: In its class (better than a typical home device, but not as expensive as a business class device) it only has a single competitor - from Ubiquity. I chose it because: - it can be set up directly with just a web browser, which is ideal for small installations of 2 or 3 units - it has two Gigabit Ethernet wired ports (instead of just one), which makes it very convenient if you are not able to easily pull in lots of cables for your installation, such as in an existing home - it is powered via PoE, and it's not a proprietary PoE, so I can use any standard PoE switch to do so I am not a fan of using an app for setup as the apps are really only intended for novice users. Using the cloud setup is complex and is really only warranted in larger installations. It does support a setup app and it also has cloud setup, as long as one uses a separate controller. If you have to have cloud setup, the Ubiquity competitor may be a better unit, but I wouldn't know. In my opinion, Wireless Access Points such as this one are better than mesh networks or range extenders because: - the principles are well proven as almost all business grade installations are based on access points - they cost less than mesh networks or the same as wireless range extenders - they generally perform better and more predictably because the backhaul link always has to be wired The reason one would use range extenders is if one cannot install the few cables one needs for a wired backhaul. The reason one would use mesh network units is if one does not want to learn how to configure the access points, as the mesh networks are claimed to be self configuring.

Pros: The POE adapter works a charm. Setup was simple using the Omada app. The mount provided makes it easy to mount to the wall or ceiling.

Cons: The electrical cord is very short. Also, in my case the Omada app "hung" at one point, however, I just waited a few minutes and exited.

Overall Review: This is a good product, however, basic knowledge of how to work with DHCP/static addressing is a plus. Also, following the use of Omada, it does assign an IP address, user name and password. I found it much easier to use that IP address and modify the settings via a web browser. If the Omada app "errors off" as in my case, you can find the assigned IP by performing a simple network scan for your local.

Overall Review: Highly recommended. It was easy to set up, it looks great and my WiFi speed is kickin' in the far reaches of my house! It states that the AP is "business" hardware, but I have it on our apartment ceiling and we couldn't be happier. Support from TP-Link is always great too.

Pros: Quick and simple set up Does not require the use of a TPLink account or controller server Aesthetically the device looks nice on the wall

Overall Review: I used this along with a pair of Ubiquity NanoBeams to extend a home wifi connection to a shop building on the same property. I do not like the Ubiquity access points as they require a controller for usage and cannot be simply configured as a wifi AP bridge. The TPlink was very easy to set up. All I had to do was put in a static IP, set the admin password, and a wifi network. It started working immediately without issue.

Pros: Using the Web Interface they are easy to set up, Omada Controller is more difficult and should only be used if you have more than 2 or 3 and need to create multiple groups, with different levels of access. Very fast WiFi , good coverage. I will buy this product again.

Cons: Omada Controller , great piece of software , can be difficult to understand and configure,

Overall Review: Will buy more !! They work very well if you know what you are doing or are willing to do the research