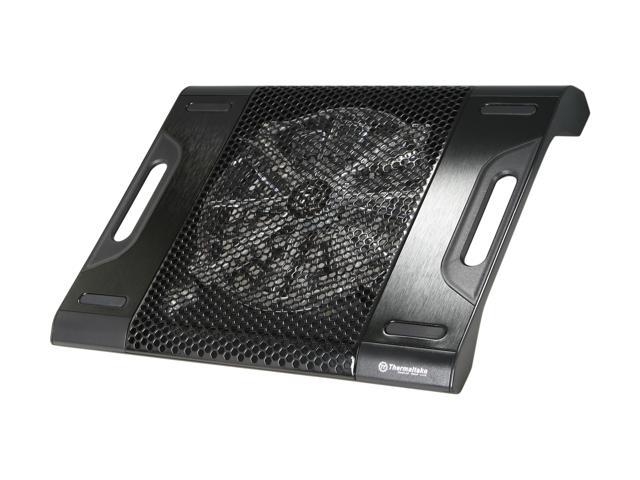 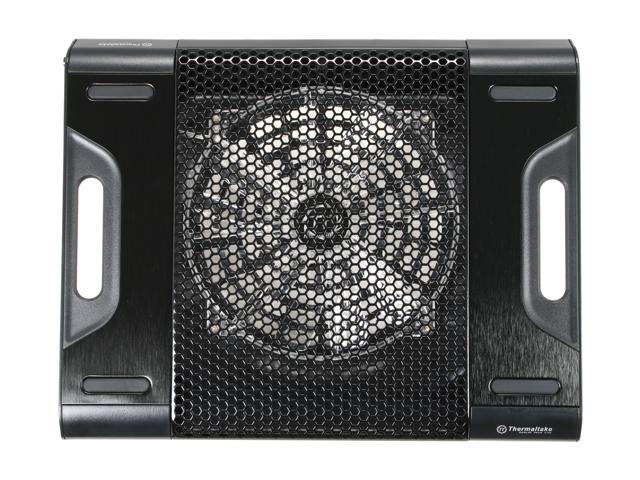 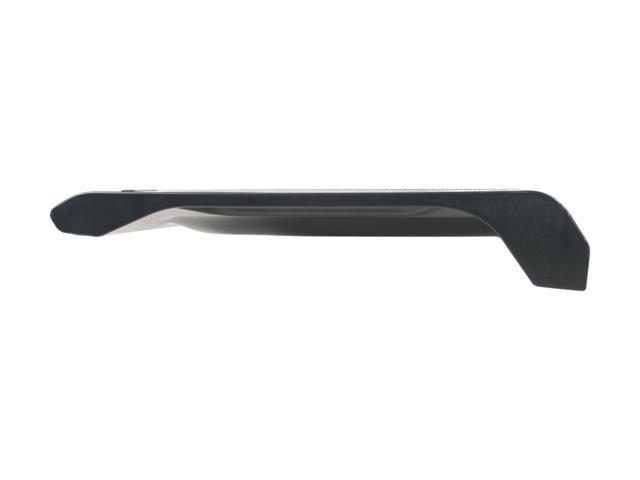 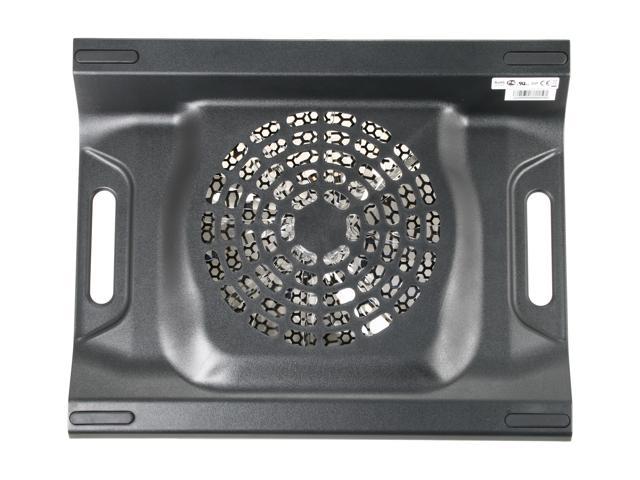 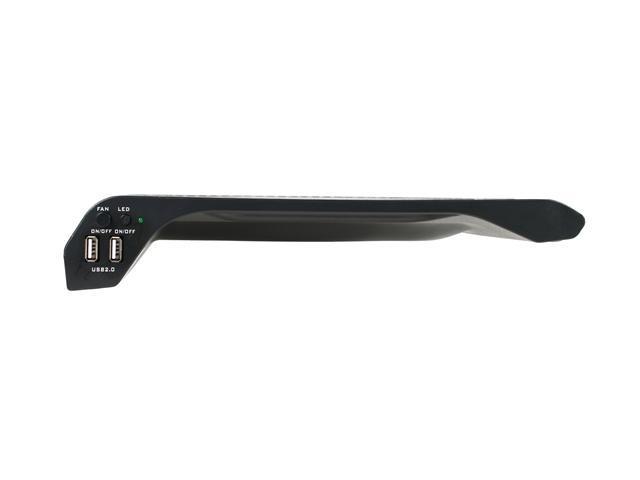 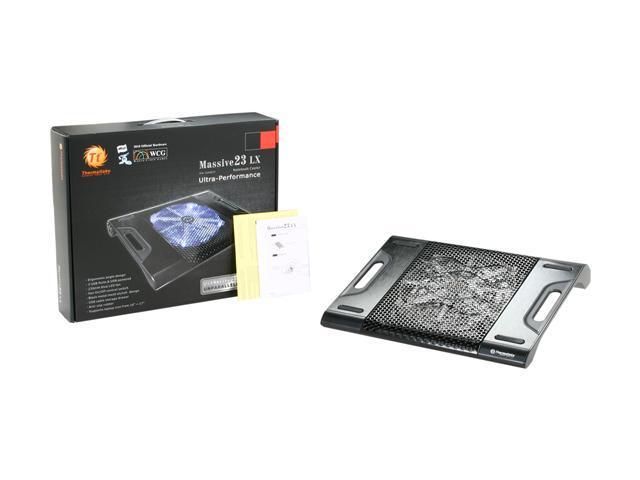 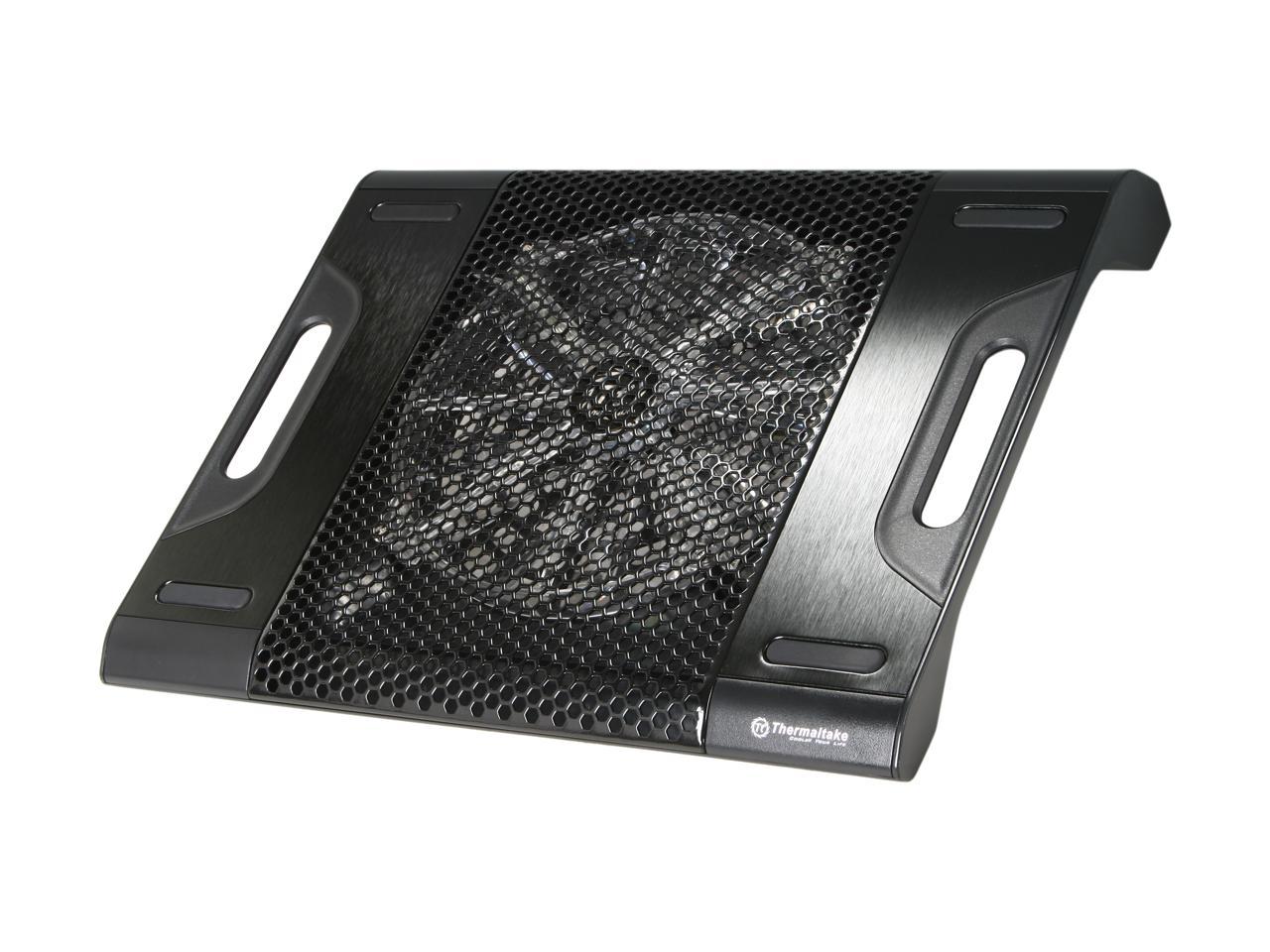 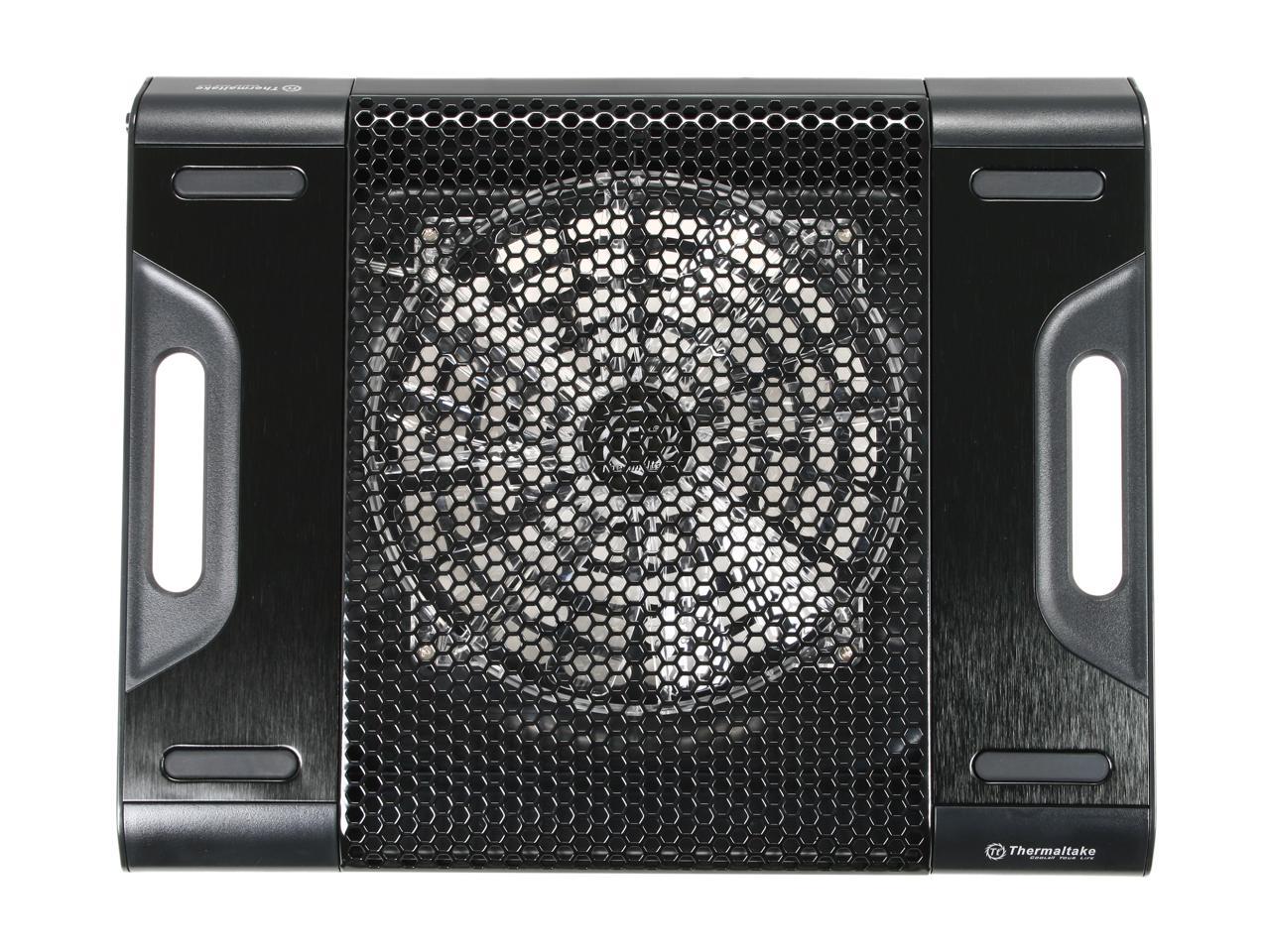 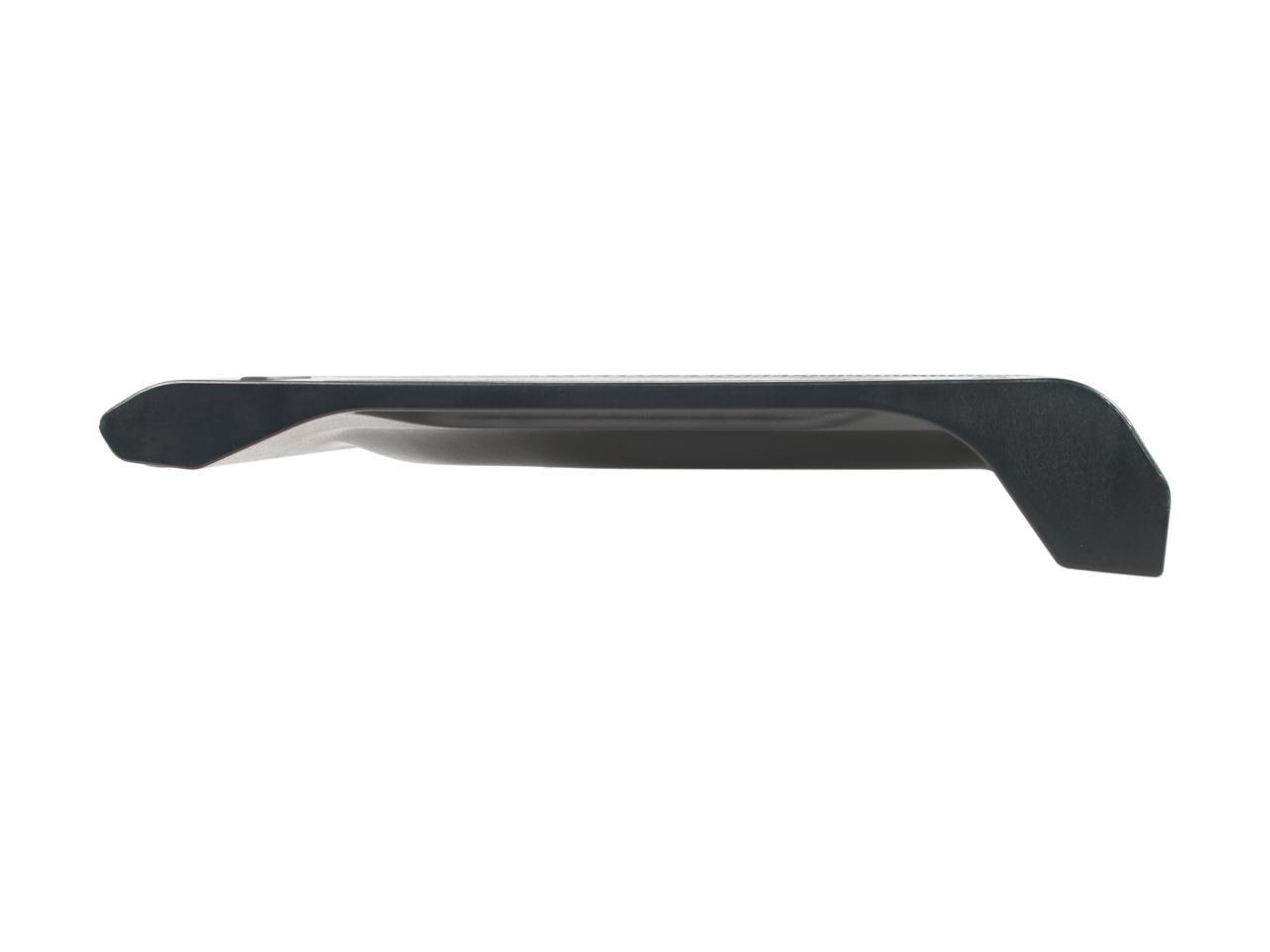 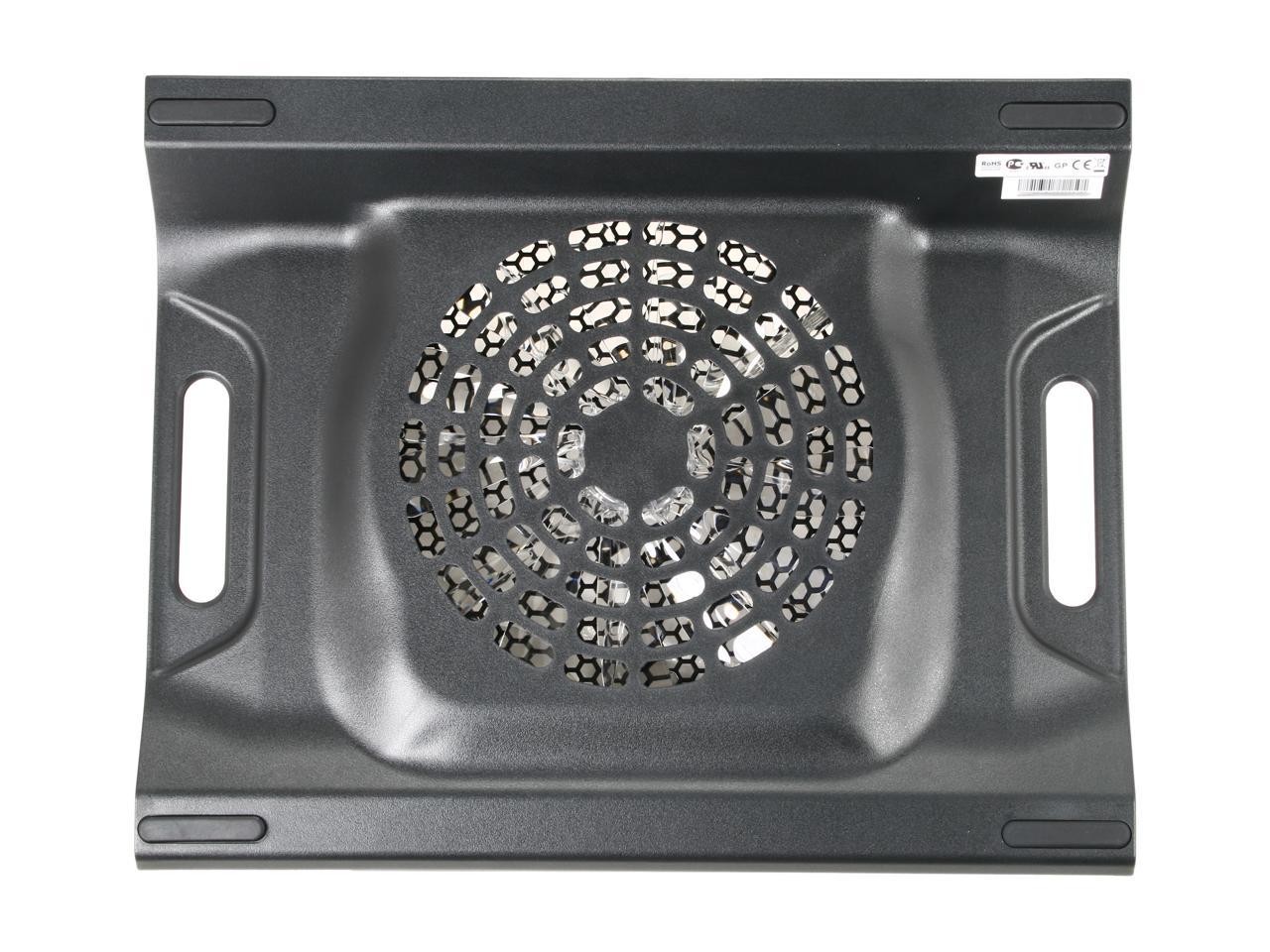 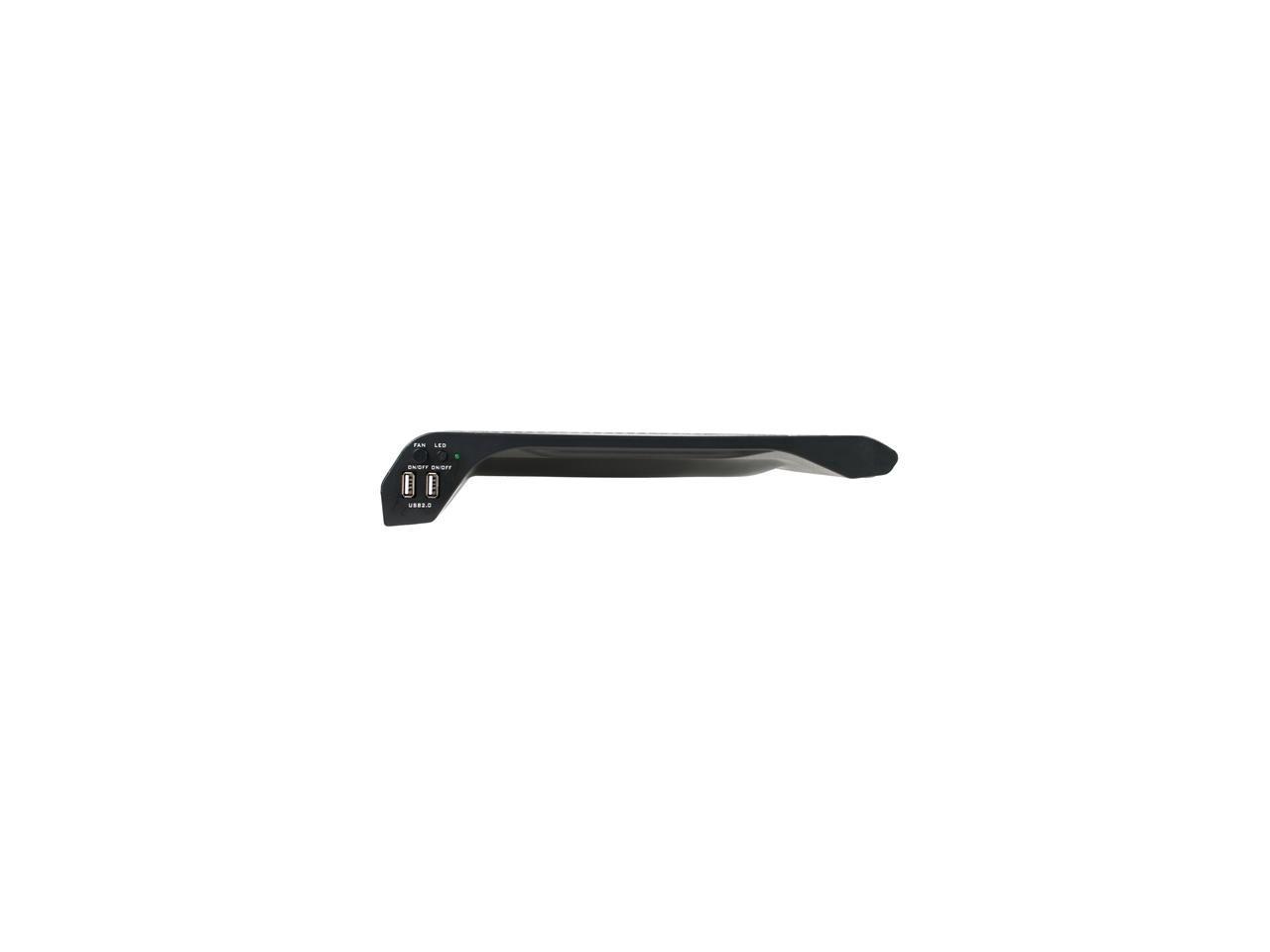 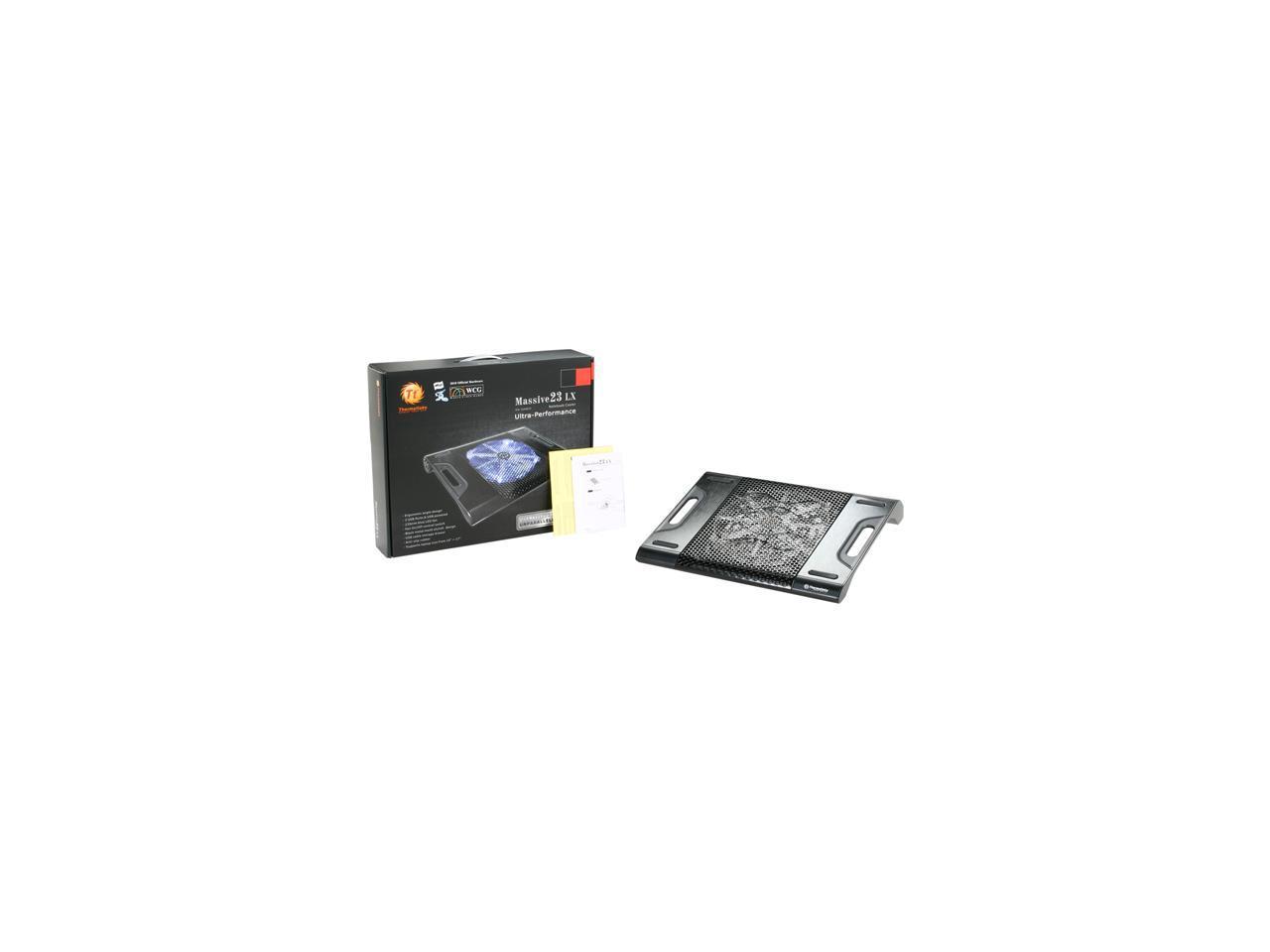 Learn more about the Thermaltake CLN0015

Pros: I use my laptop 90% of the time with it sitting on my lap. This makes such a big difference. Before I had to keep moving it around because it would get so hot. Now I can keep my laptop in one place without moving around so much. The fan is so quiet that I have to physically look at it to make sure it is running. Love the separate switches because I have to reason to have the light on.

Cons: The usb cable needs to be a little longer. My laptop is 17" and by the time you stretch it from one side of the cooler to the other side of my laptop, it is really snug.

Pros: The fan is huge so it's very quiet while moving lots of air. The usb cable storage slot and the USB hub are nice features. You don't have to give up a USB port. The fan and LED have separate power buttons. I don't always want/need the fan on and rarely use the LED. It's very sturdy and my laptop sits at a comfortable angle for everyday use. The cooler has carrying handles on the side, I can simply unplug the power cable, grab my mouse and move from wherever to wherever with great ease.

Overall Review: It's exactly what I wanted -- a well designed and useful cooling system for my laptop. The LED is overkill for me personally, but the power switch to turn it off makes it not a con.

Cons: The USB power connector seems a little loose, but so far it hasn't caused any problems. LEDs seem rather pointless

Overall Review: Without the cooling pad running a high load (games, movies, even music under bad ambient conditions) caused my laptop to enter thermal shutdown. Now, it is barely warm to the touch even after 5+ hours of heavy operation. The air that this unit draws up from below actually ends up cooling down my lap as well as the laptop.

Pros: Large quiet fan. Separate on/off switch for the LEDs. Has an additional USB port so that it doesn't use an entire slot. Works even better on my powered USB hub.

Cons: Almost sounds like the bearing might be off a bit, so it might wear out faster... (or maybe the bearing's lube or whatever just settled to one side, and will smooth out later, or maybe it's just supposed to sound that way)

Overall Review: Put this under my laptop, and noticed a difference immediately. Normally, even with my old cooler, the built-in fan would start up at boot; with this underneath, I'm gaming heavily before it kicks in. (and for the first time ever, it'll actually stop running afterwards) Looks good, very sturdy, I usually run with the LEDs off, and it's going through my powered USB hub so that it gets better power. I'll update at 1 week if there are any changes.

Pros: The huge fan effectively cools the whole laptop at once, even a 17.3" gaming laptop like mine. The overall design and honeycomb grill make for superb air circulation. Even without the fan on, my laptop can more efficiently pull in cool air than it would sitting flat on the desk. The slight angle seems to make my laptop a little more ergonomic. I can play games for hours with no noticeable effects to my hand/wrist, and typing isn't a worry, either. Quiet. So very, very quiet. Made of tough plastic and metal. Even the rubber is firm, but still plenty grippy enough to keep my laptop from sliding around. As an experiment, I tilted the cooler and laptop forwards, keeping the front end on the desk, until it felt like the laptop was about to slip off. By my estimation, I would say I got to about a 40 degree tilt before I detected any slippage. If your laptop has good rubber feet, it will stay in place until you decide to move it.

Cons: Even though I can see now that the fan is cooling the hardware nicely, I'm still willing to sacrifice a little of the silence for a slightly more powerful motor, if it means cooling the system even a couple more degrees. Anyway, it's a minor gripe, so no eggs off.

Overall Review: One more positive that didn't fit above: The fans in previous coolers developed a terrific noise after only a couple months of use. This one still runs silent after so many months. Somewhere below is my first review of this product, titled "A little underwhelming." At first, it seemed to be just that. However, with the help of time and a bit of hardware monitoring software, including temperature gauges, I can see now that this cooler is working far better than I first gave it credit for. Hence the corrective, more positive review, to even out my first rating of three eggs. For those of you who are curious, I'm using CPUID Hardware Monitor PRO, watching the temperatures for my quad-core CPU at minimal load. The difference between fan on and fan off is roughly 4-6 degrees Fahrenheit during the day, when ambient temperatures are between 85-90 degrees. Those few degrees might not sound like much, but it can mean at least a couple months added to your laptop's overall lifespan.

Pros: Blows a good amount of air with the massive fan on it. Pretty quiet fan. On/off for the fan & blue led light. Lightweight but yet sturdy. Storage compartment for usb cable & other small cables, devices(usb flash drive), etc.

Cons: Only con I can think of is the provided usb cable for connecting the cooler to the laptop could be a bit longer.