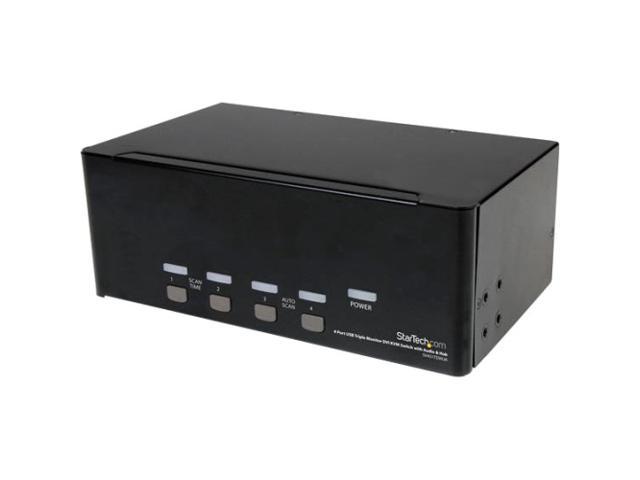 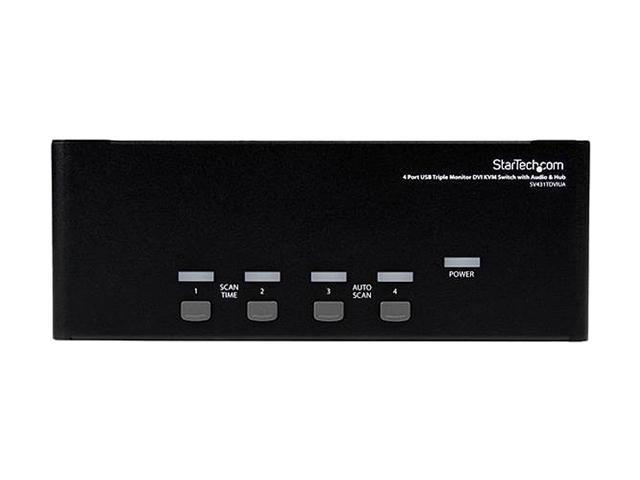 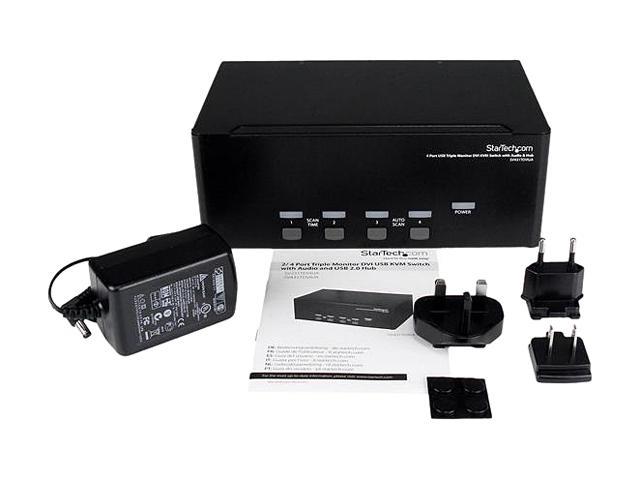 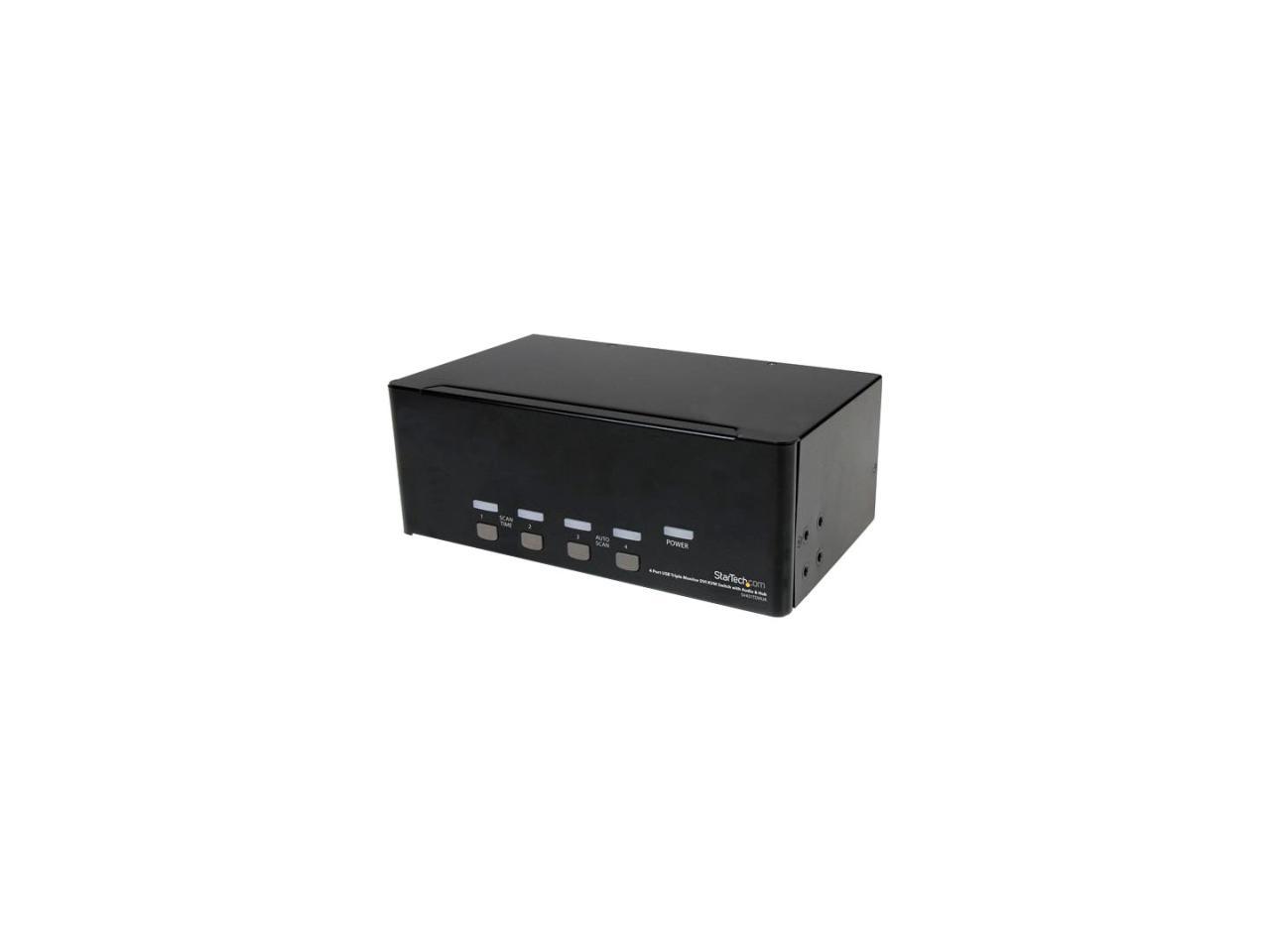 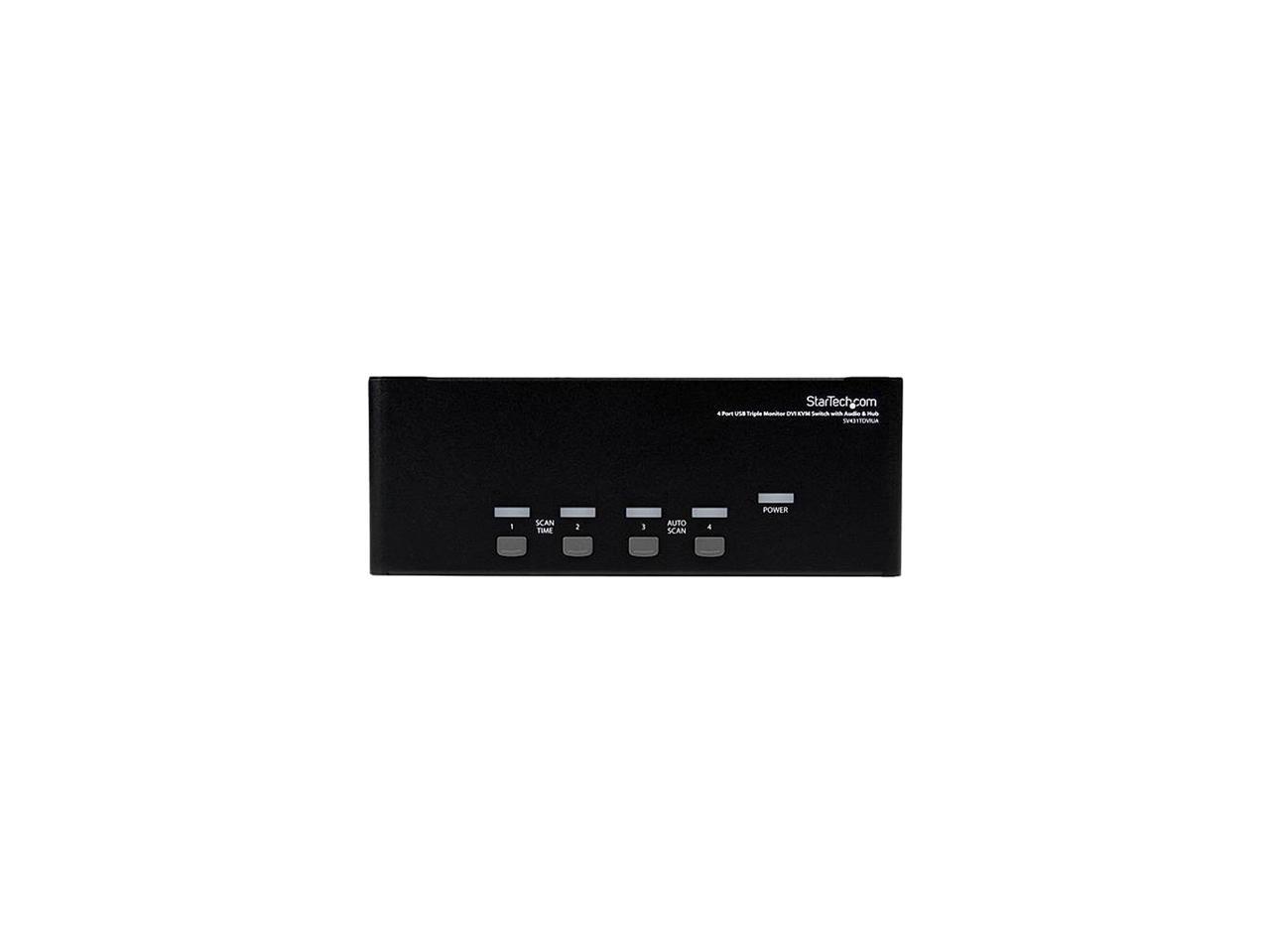 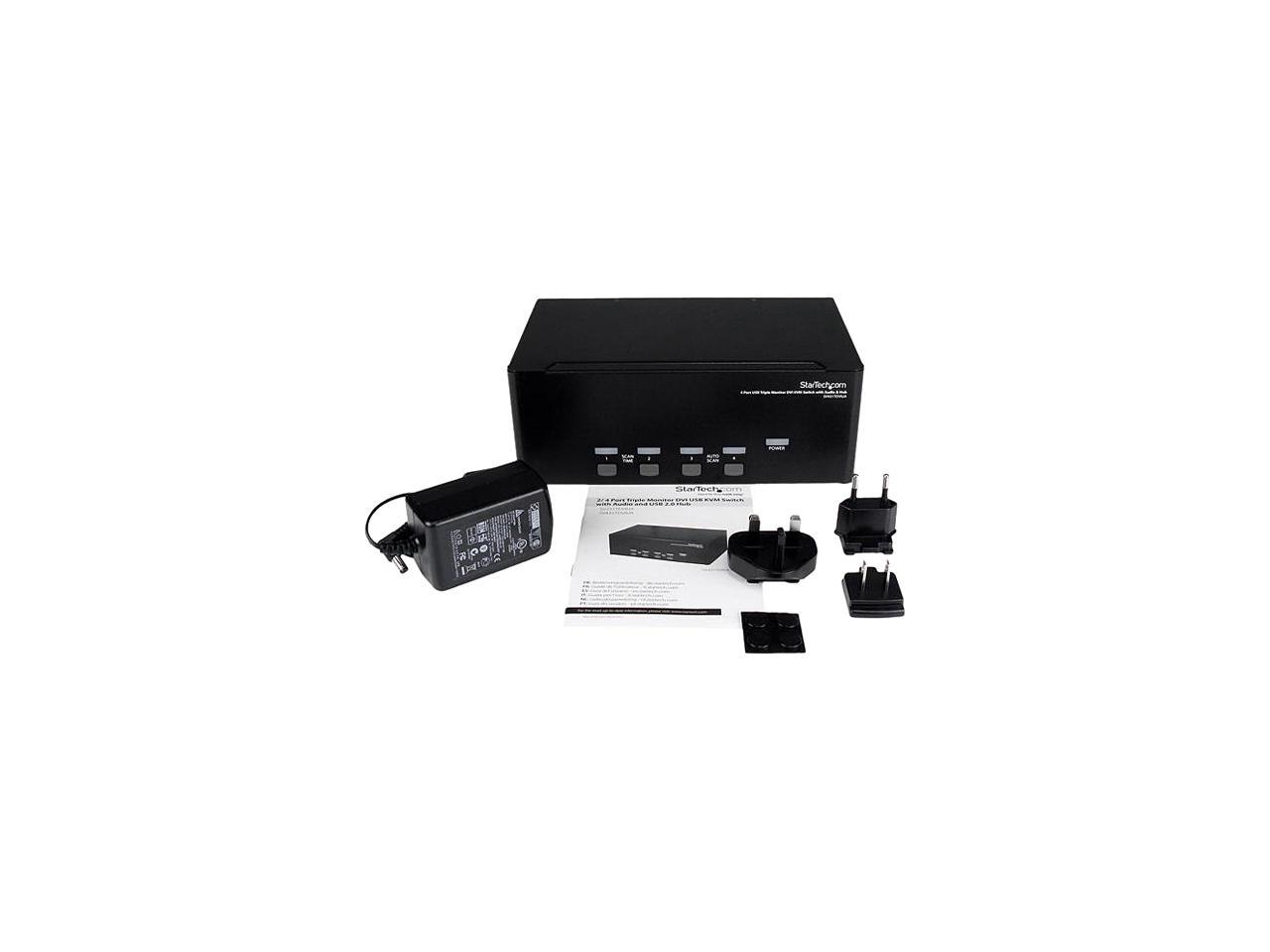 Learn more about the STARTECH SV431TDVIUA

Cons: Never really worked the way I wanted it to work. Computers would not wake up if they went to sleep while I was working on another computer. Sometimes, the USB simply would not work after booting if the KVM was not set to that PC at boot. Monitors always tried to fall into 1920x1200 even though they were 1920x1080 and set that way in the OS The DVI plugs are close together and not all cables will fit next to each other. I had to buy new cables and hope they fit. Probably the buggiest USB connection of any KVM I ever had.

Overall Review: This was a great idea; I work from home and had 3x24" 1080 monitors, and this really should have made switching from my work PC to my home PC a dream, and I accepted the extra cost for how easy it would make switching between PCs on a complex system. Unfortunately, it just never worked right, with the USB not working right after a computer slept and the monitors always getting the wrong resolution signal. It's also not really future-proof, as I've since upgraded to 4K monitors, so this is completely useless to me. The video quirks were annoying, but the USB issues were what made me frustrated. It worked, but never worked well.

Pros: Nice solid metal consturction, good buttons for switching between inputs. Switching between monitors sometimes takes about a second or two, not sure if that is the switch or computer or the monitors, Video looks good no issues or no weirdness, have not tried to play any games so I dont know if ther is lag with the switch. I use it mostly for switching between a work MacBook pro and a home PC. I have only used the KVM so I can't comment on the Audio or USB 2.0

Cons: I have had a few issues with the keyboard. In OSX I had to remap some of the function keys, for example when I press F3 on the keyboard OSX thought it was F9 and F4 on keyboard OSX thought it was F12. A few times while switching a lot between the two, I started getting non ascii characters while typing. I had to switch again from to get it back to normal. Also had few instances where the numerical pad side of the keyboard was not working in Windows 10. So its been a little wonky.

Overall Review: The horizontal spacing between DVI is just enough, I bought a DVI to thunderbolt cable the DVI was a little more square than the normal DVI cables that come with monitors and it was a very tight fit, the unit could use a few more horizontal millimeters between DVI connections.