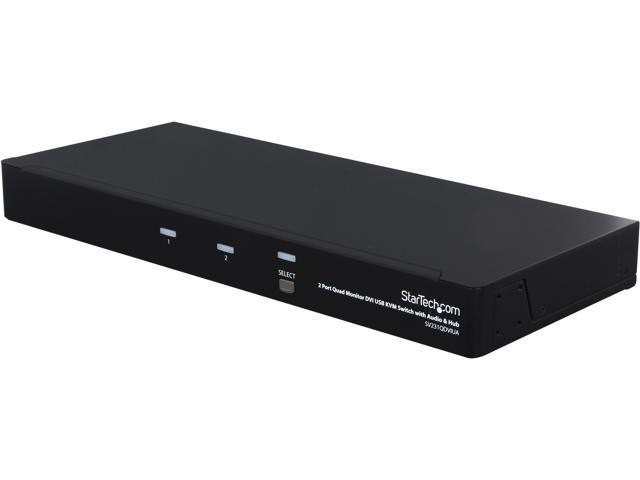 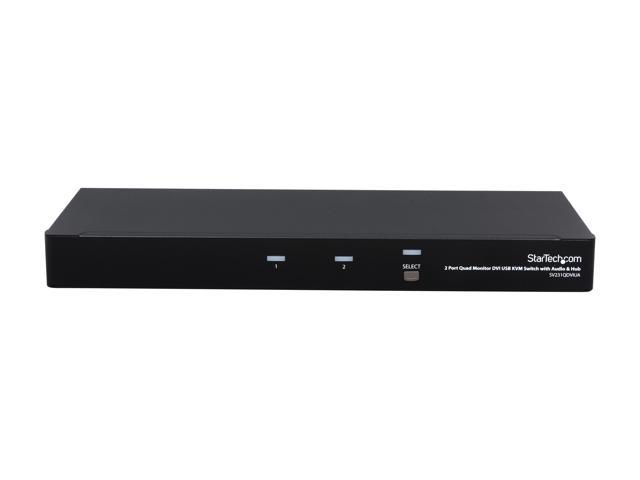 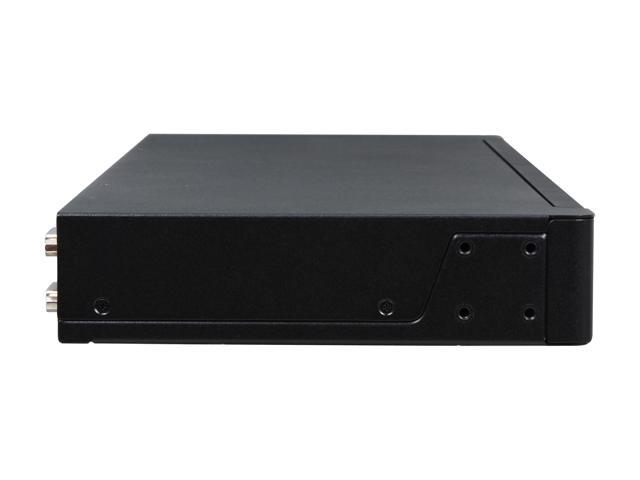 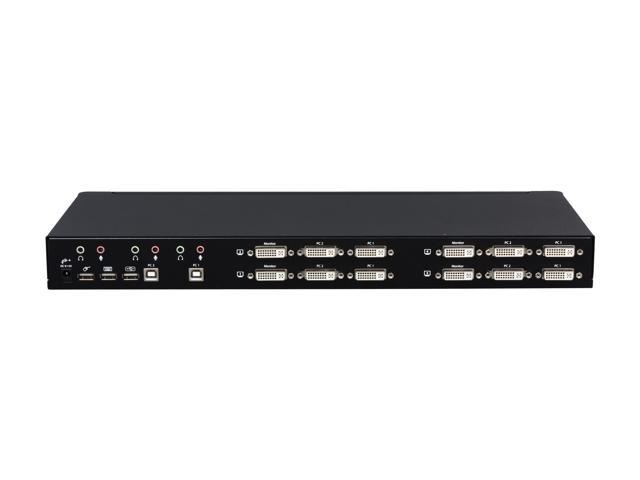 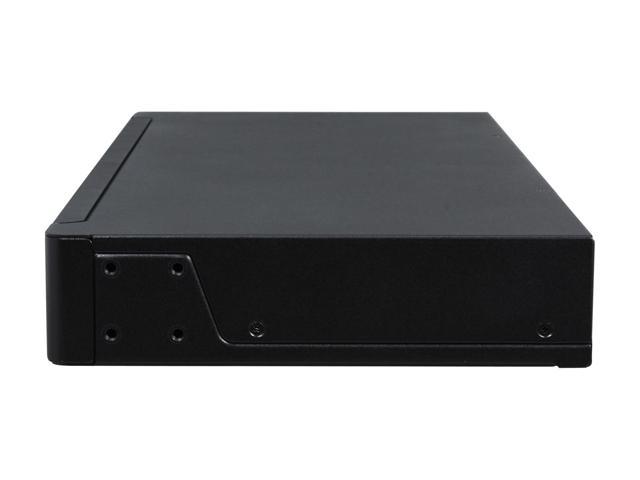 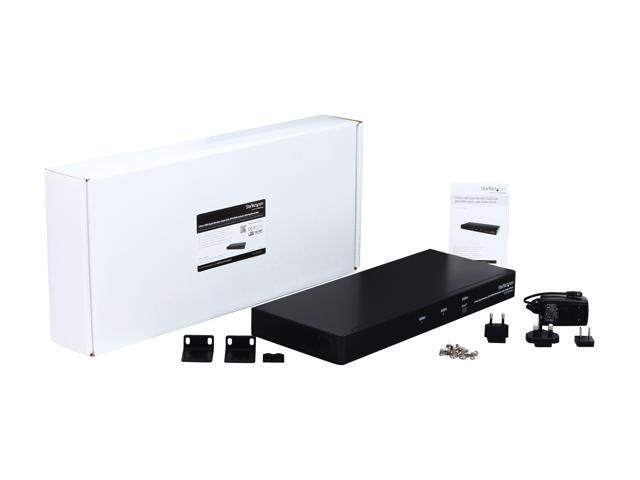 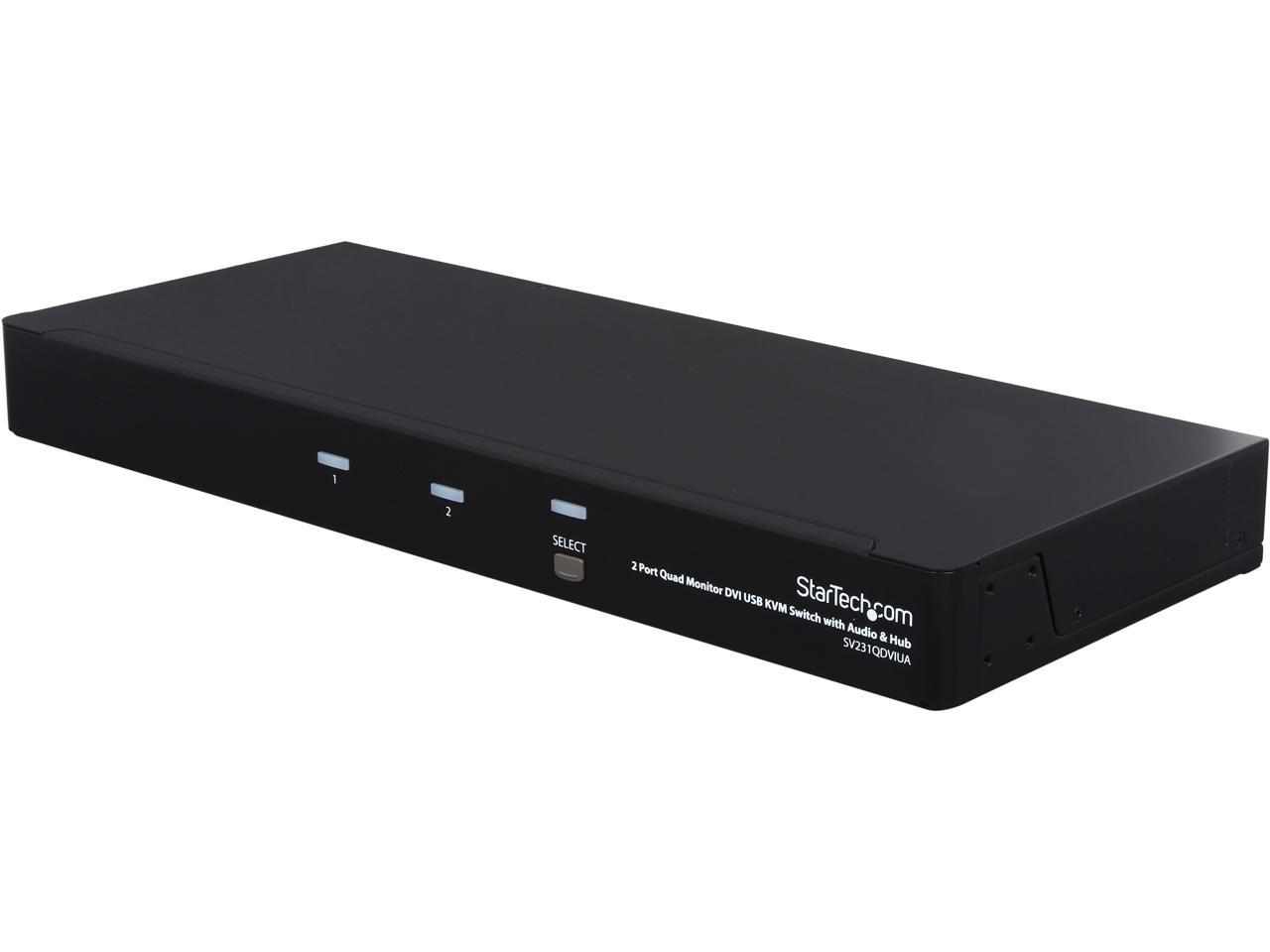 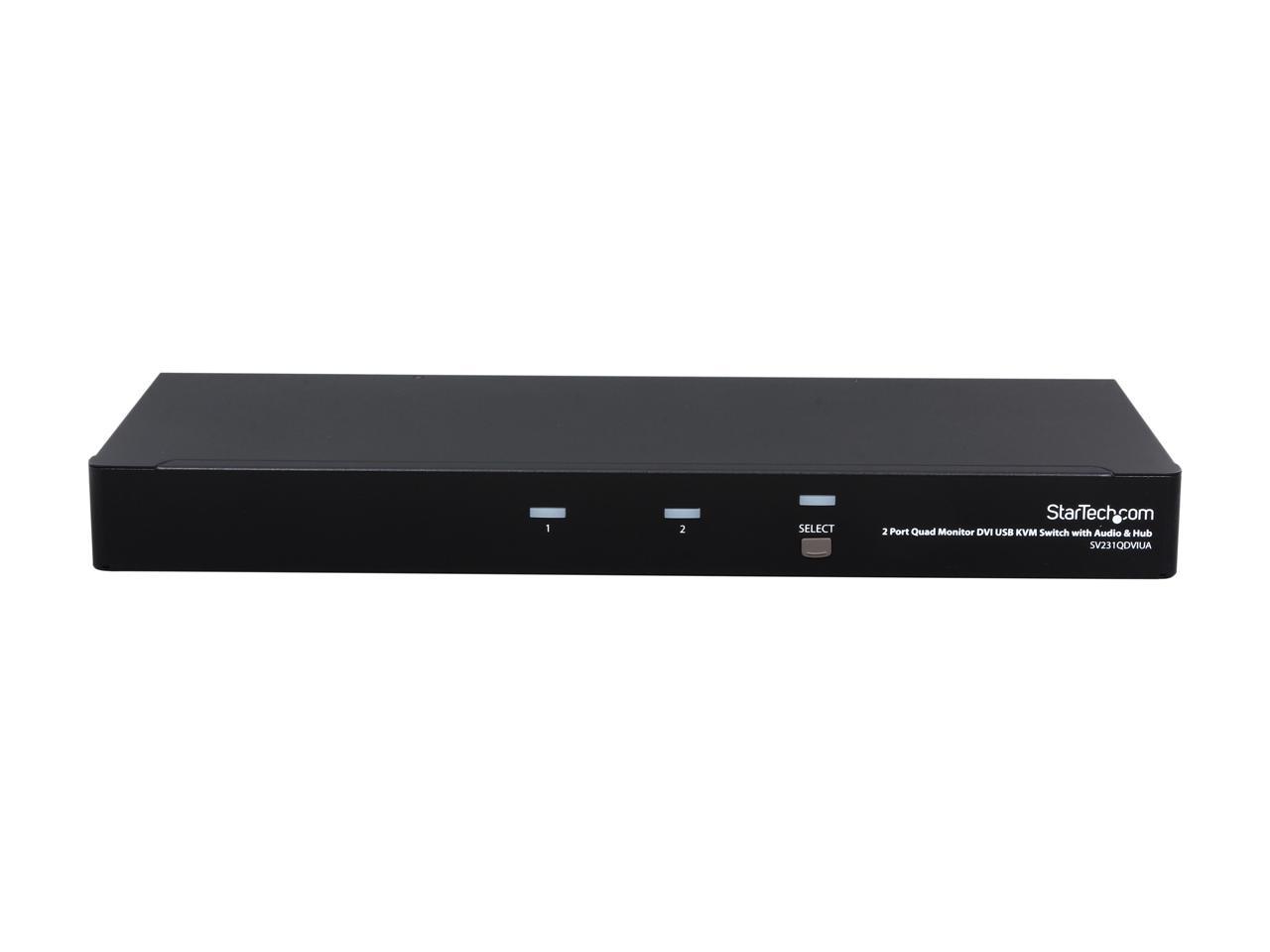 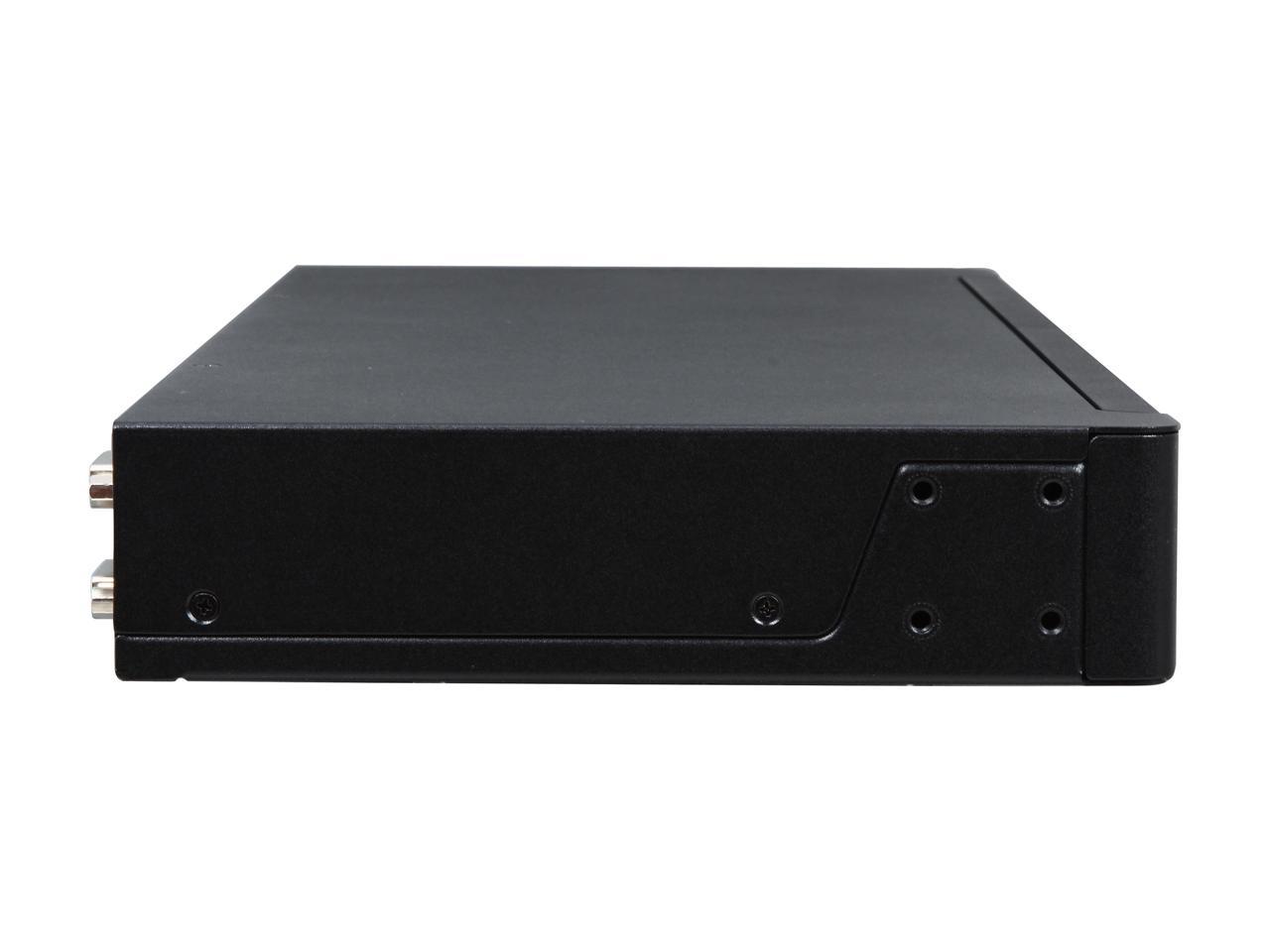 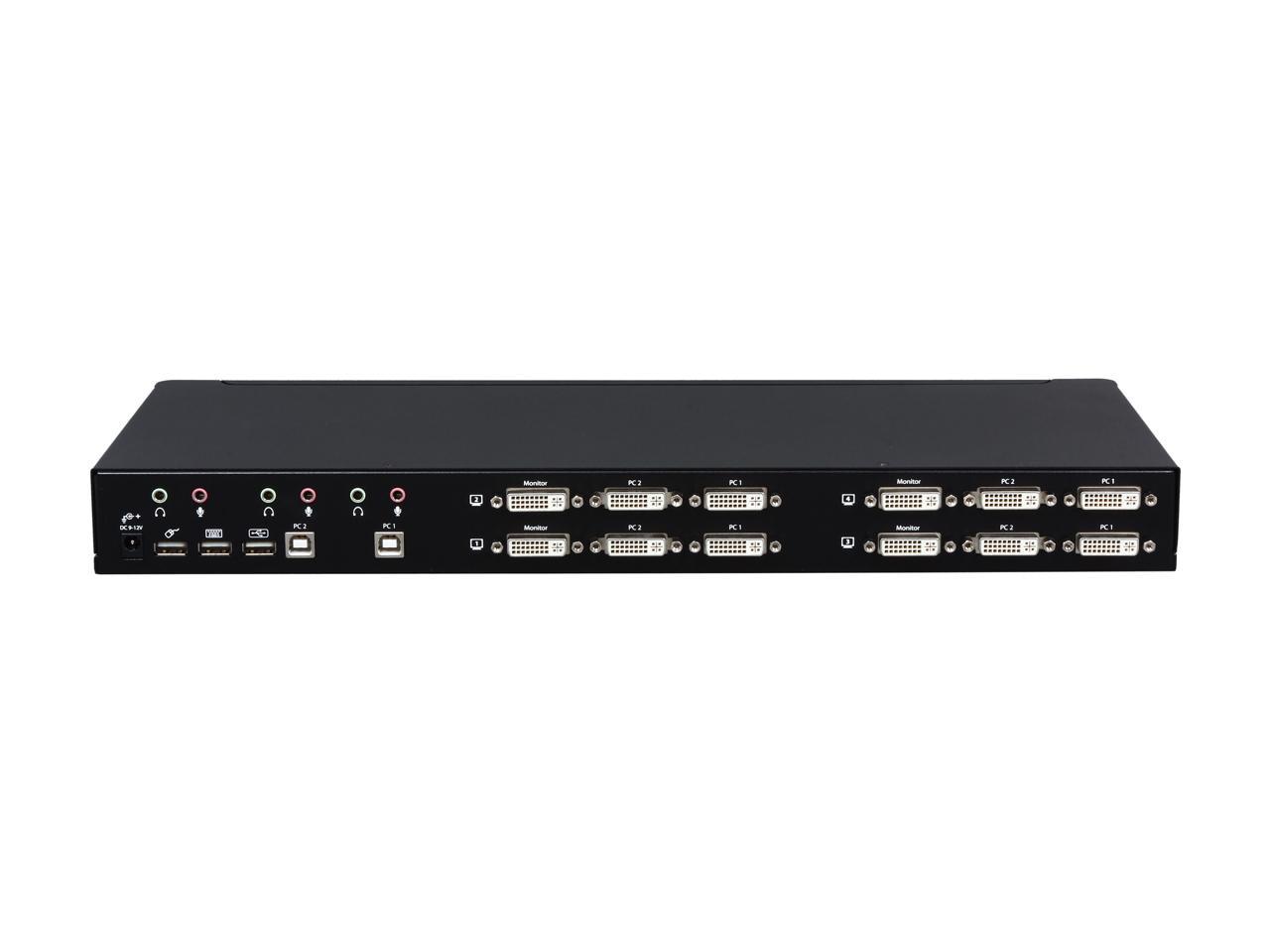 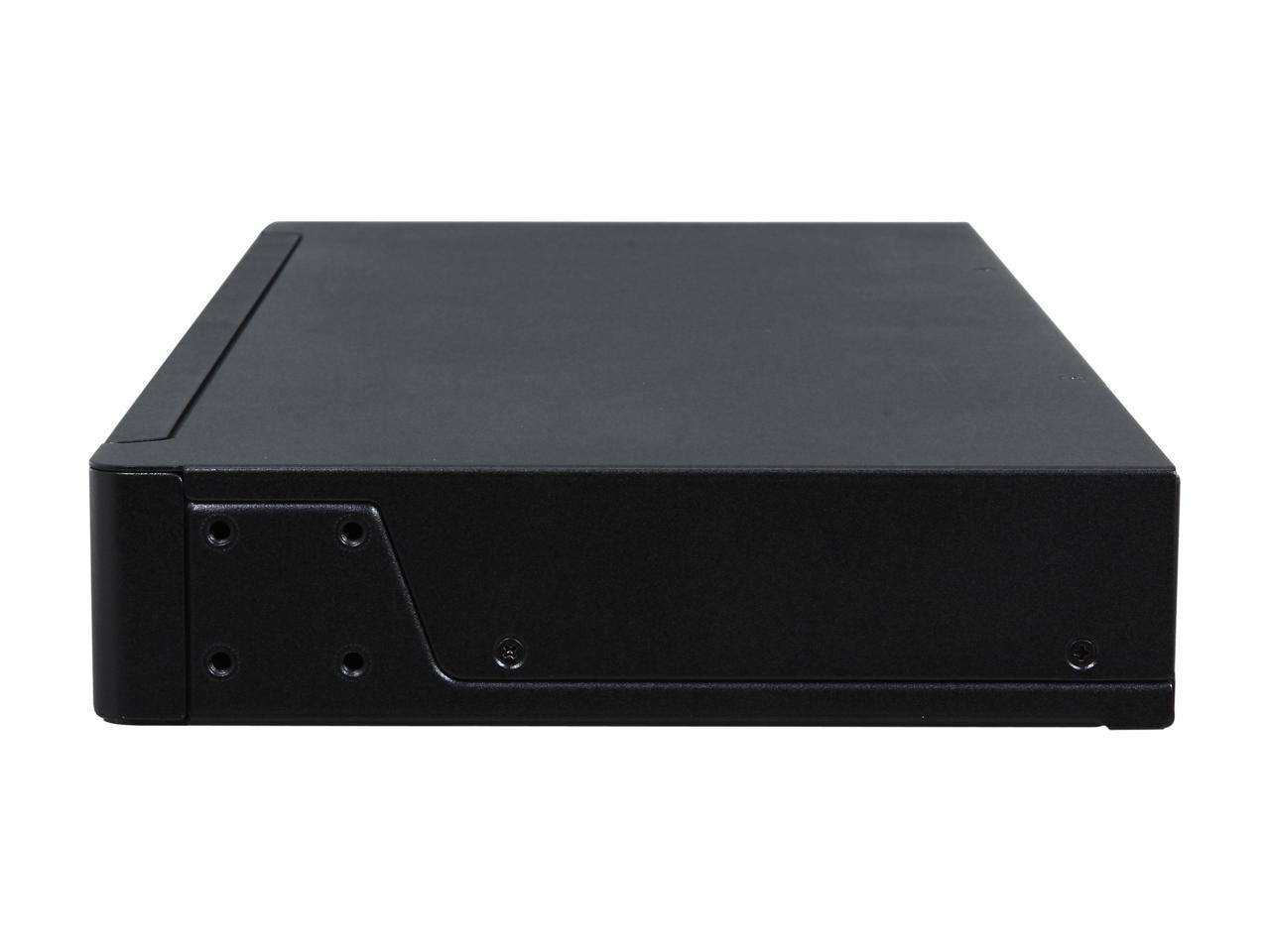 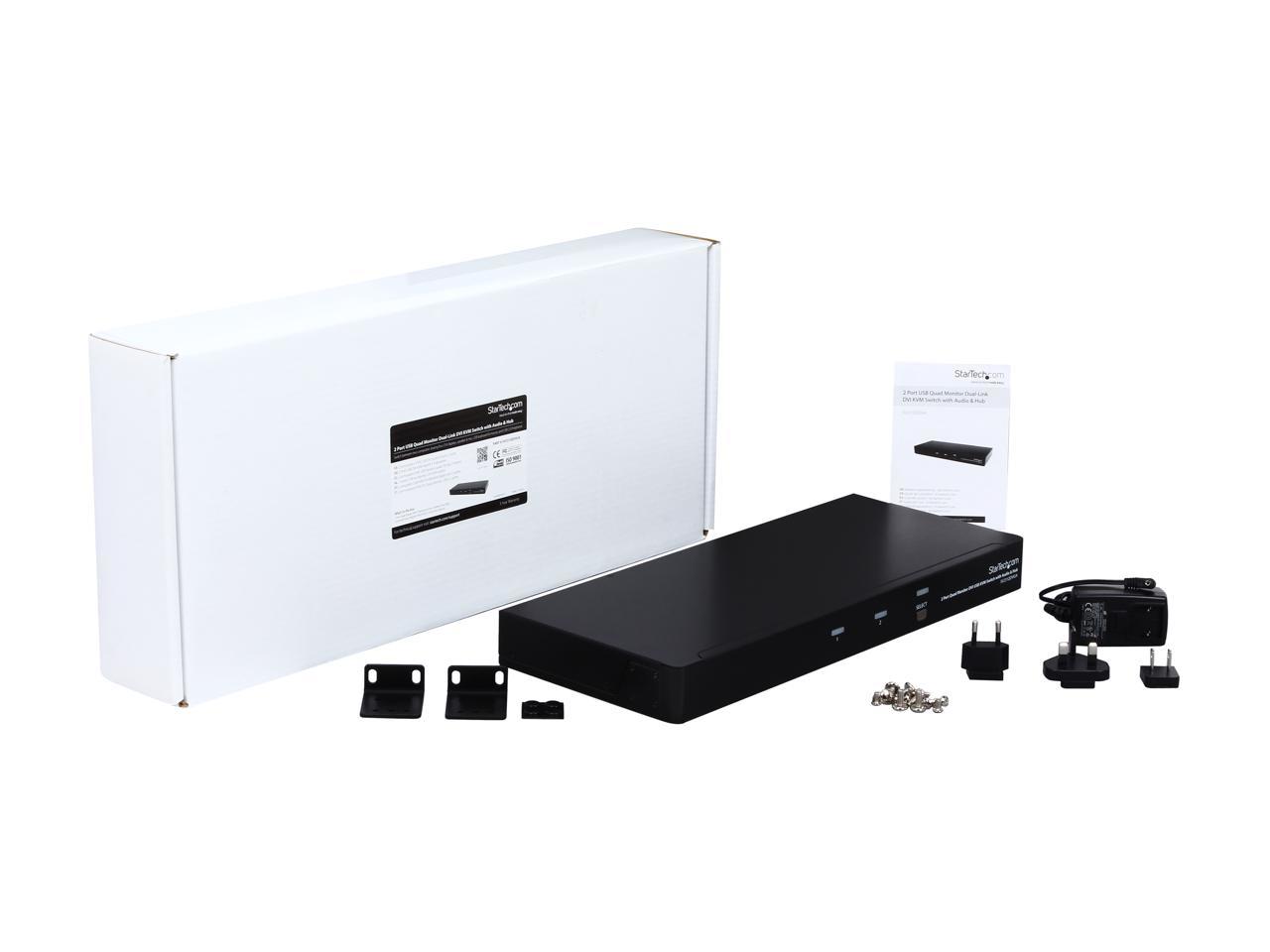 Learn more about the STARTECH SV231QDVIUA

Pros: I don't normally write reviews unless I am really impressed. This did it for me. I took it out of the box plugged cables in and it worked great. I have two windows 7 machines with DVI and one XP machine with VGA and they all work. Also have a wireless logitech keyboard and a logitech MX Air mouse that also work great with no keys lagging or dropping. Alos gave tech support a call and he was very helpfull. (english)

Cons: Can't think of any

Overall Review: Tech support told me to use the extra USB ports for the wireless mouse and then the setpoint program would activate when moving from one port to another. Before with the mouse plugged into the first set of USB ports it would only use the windows functions for the mouse. now it works great....

Pros: If a computer is plugged into a KVM and it doesn't recognize the mouse and/or kb, changing some BIOS settings might solve it. I had this problem with the single monitor 4 port version of this KVM. I went into both of my computer's BIOS' and found them both set to a default setting that made the computer halt on all errors. Initially I switched that around so that it would never halt halt on any error. That solved the problem. So clearly it was a problem with a BIOS setting. But then I wanted to know which setting(s) was/were causing grief. So I started turning the settings back to their original state one by one with cold boots btw each test. It's a tedious process that can take the better part of an hour, but that wasn't a big deal to me. I'm not saying that this will work every time on every computer. I don't think there's much about computers that does work every time. let alone on every computer. But it could work for you. And I would say that once I figured this out the KVM seems to be quite nice

Pros: 4 Monitors (DVI) with 3MP resolution Capabilities one of the only KVM Switchs with high resolution and Quad Monitor support.

Cons: We have had nothing but problems, We originally purchased 6 of these due to the ability to use up to 4 3MP monitors. On 5/6 of these the usb hub, keyboard/mouse fails to recognize 1 or more devices everytime you switch. Every time you switch, it is a roll of the dice whether the Resolution will be detected. You must also boot the computer up with the KVM Switch active to that computer. This is very common with KVM switches however the problem is, when you switch back to the other computer after boot you will probably not have the same settings.

Pros: The monitor and audio capabilities are great as is the USB hub (when the USB hub works)

Cons: The USB hub worked fine for the first week then stopped working for 3 weeks then worked again for 3 month and now has never worked since.

Overall Review: Would be a winner if the usb would work.

Overall Review: There is a button on KVM case - and it is the only possible way to switch if using wireless keyboard. I am using it with Logitech Performance MX mouse and Logitech K800 keyboard. They work just fine in regular hub port, but not possible to do a hotkey switch.

Pros: Used in a high availability business environment. Used constantly and never shown any issues. Easy hot keys for easy switching. Easy to read status lights on front of unit. Audiable switching alerts so unit can be placed out of sight, under desk or inside cabinet. Inexpensive solution for using the dual monitor setups for most laptop docking stations with DVI and VGA video outputs.

Cons: no cables included, not even USB or audio. Not uncommon for KVM switches though.

Pros: Easy to use.

Cons: For what I spent on this I'd expect there to be no problems. The video drops off one computer while switching from another. Its a KVM switch... The whole purpose behind it is to have these things work. Stay away from it!

Pros: Works with my 2 24 and 1 22 inch (all Dell) monitors. Both the mouse and keyboard and USB audio all work. Connecting 2 windows systems.

Cons: When I first just moved connections over, I had a VGA end that I put a VGA to DVI adapter on. When that monitor did not work and I looked at the back of the system, seeing I had a DVI to VGA adapter there.... It worked great after I replaced the cable, and adapters, with just a DVI cable. So not sure it is a con, but DVI adapter to VGA cable to VGA to DVI adapter does not work, but why would you. My HDMI cable (out of a docking station) into a HDMI to DVI adapter (then into the KVM) is working fine. Right now all the USB devices are using the "secondary" USB ports, so the hotkeys don't work. I may swap the keyboard over to the dedicated port later. EDIT --- I did move the keyboard to the dedicated port, and hotkeys started working right away.--- EDIT2 --- Been using this KVM for almost a month now. The only issue I've seen is that occasionally the keyboard keystrokes are not registered. I know it is not me or the keyboard because when gaming and using WASD to move, while trying to move forward (holding W down) I'll suddenly stop for a second or two, then start moving again.