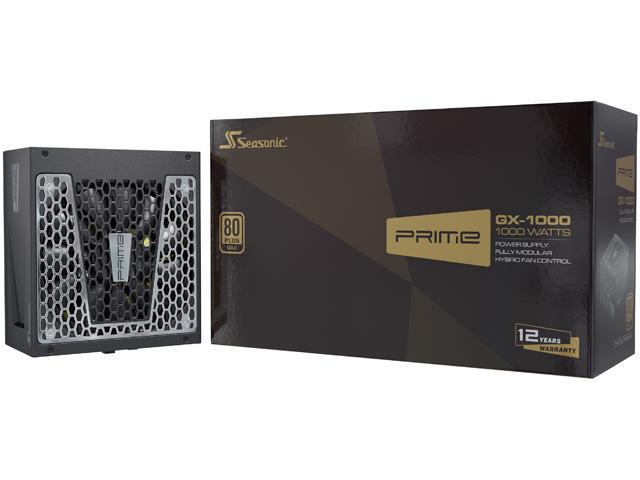 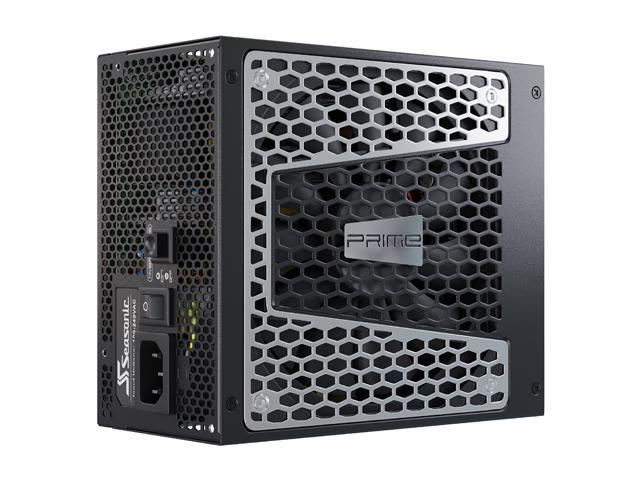 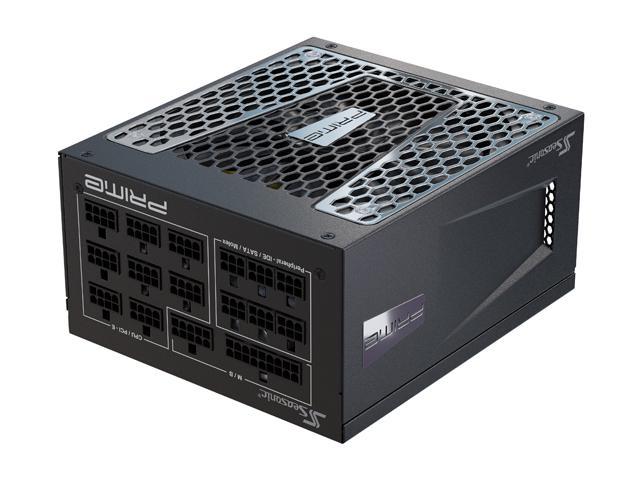 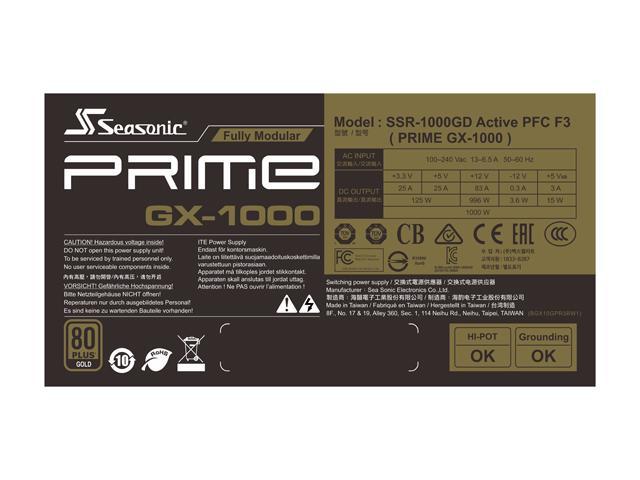 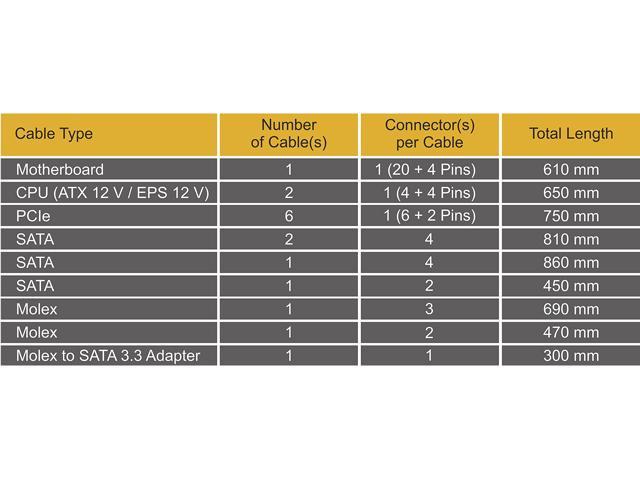 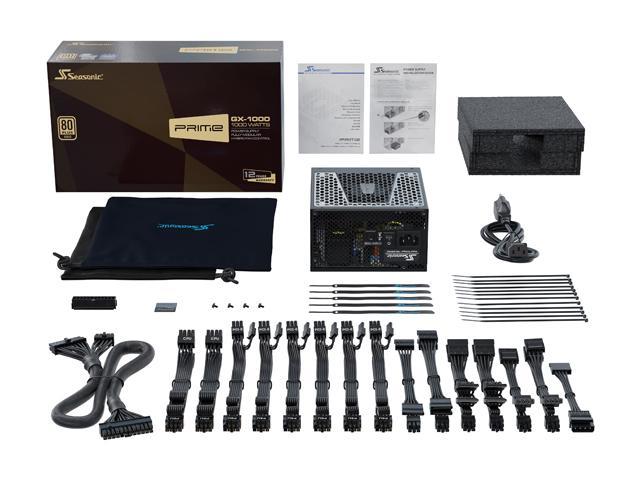 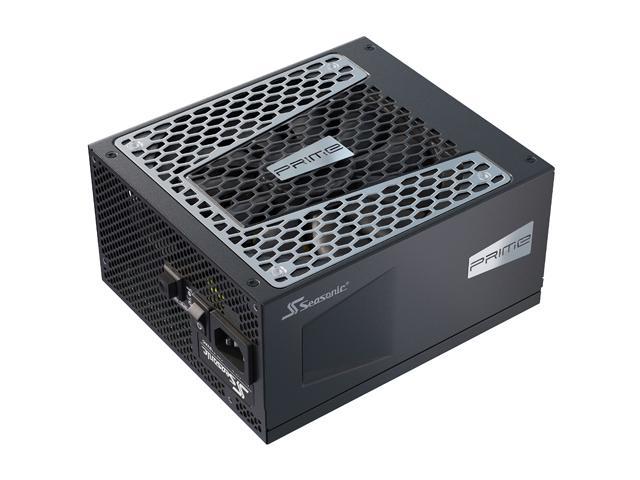 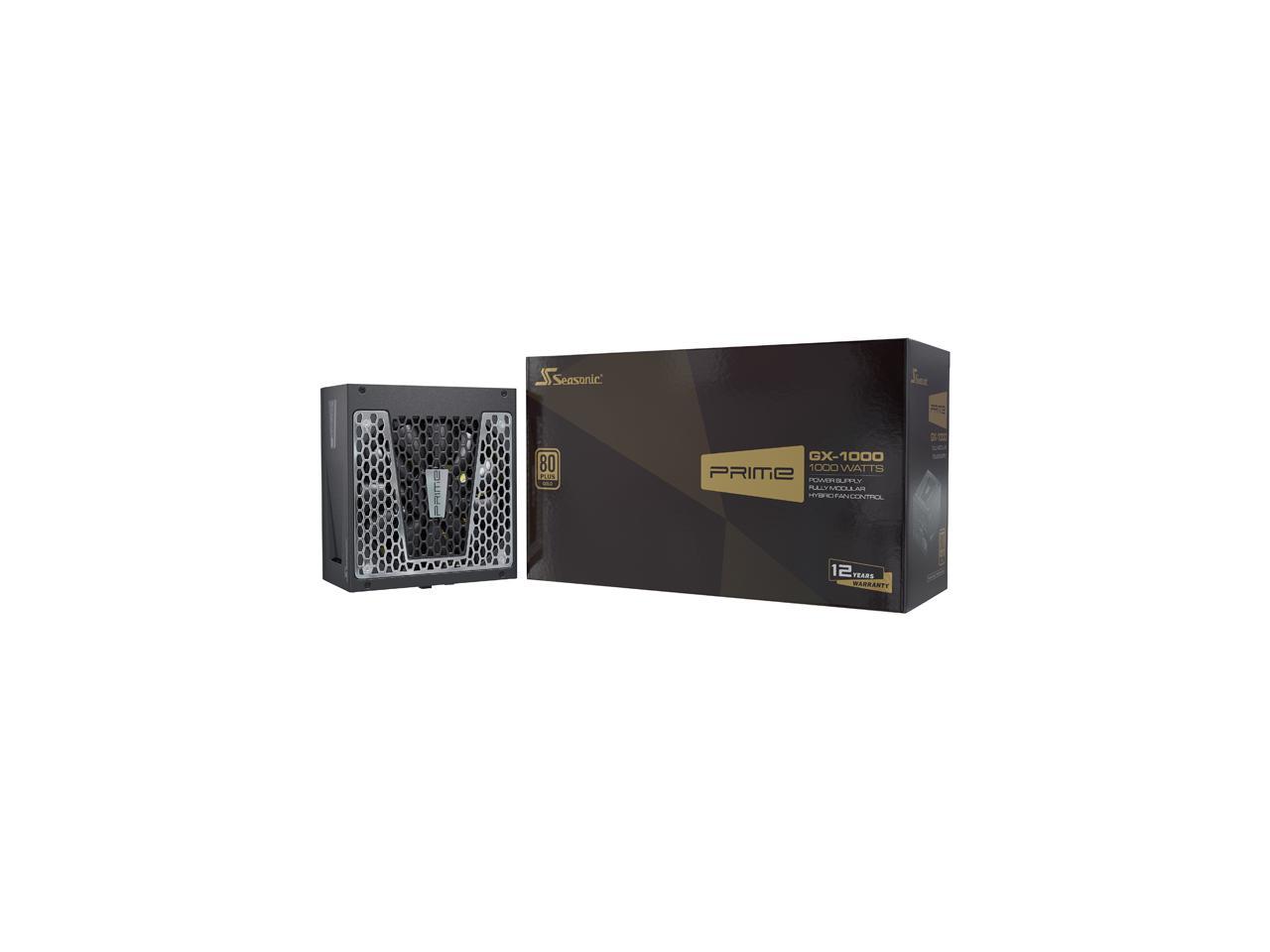 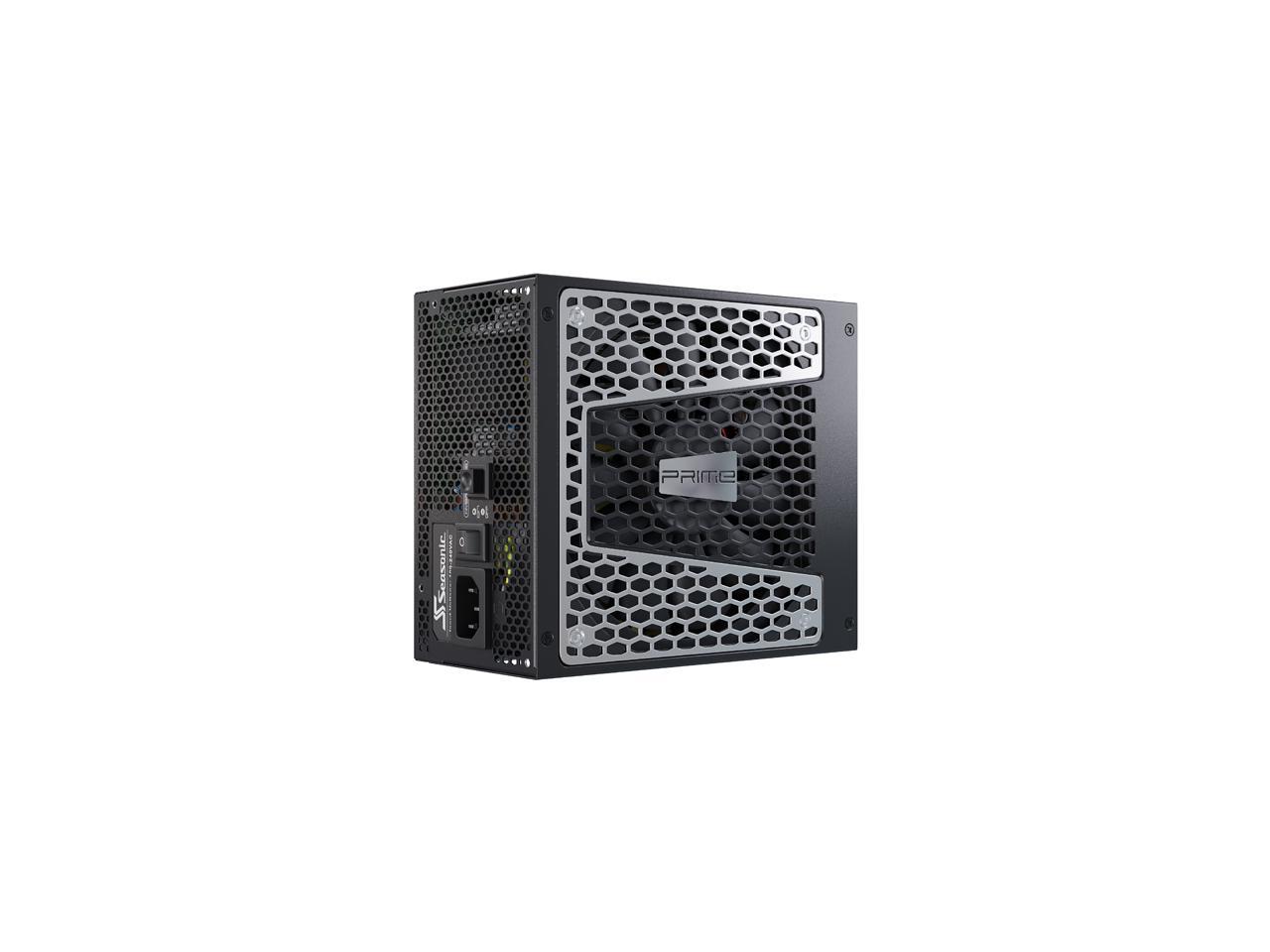 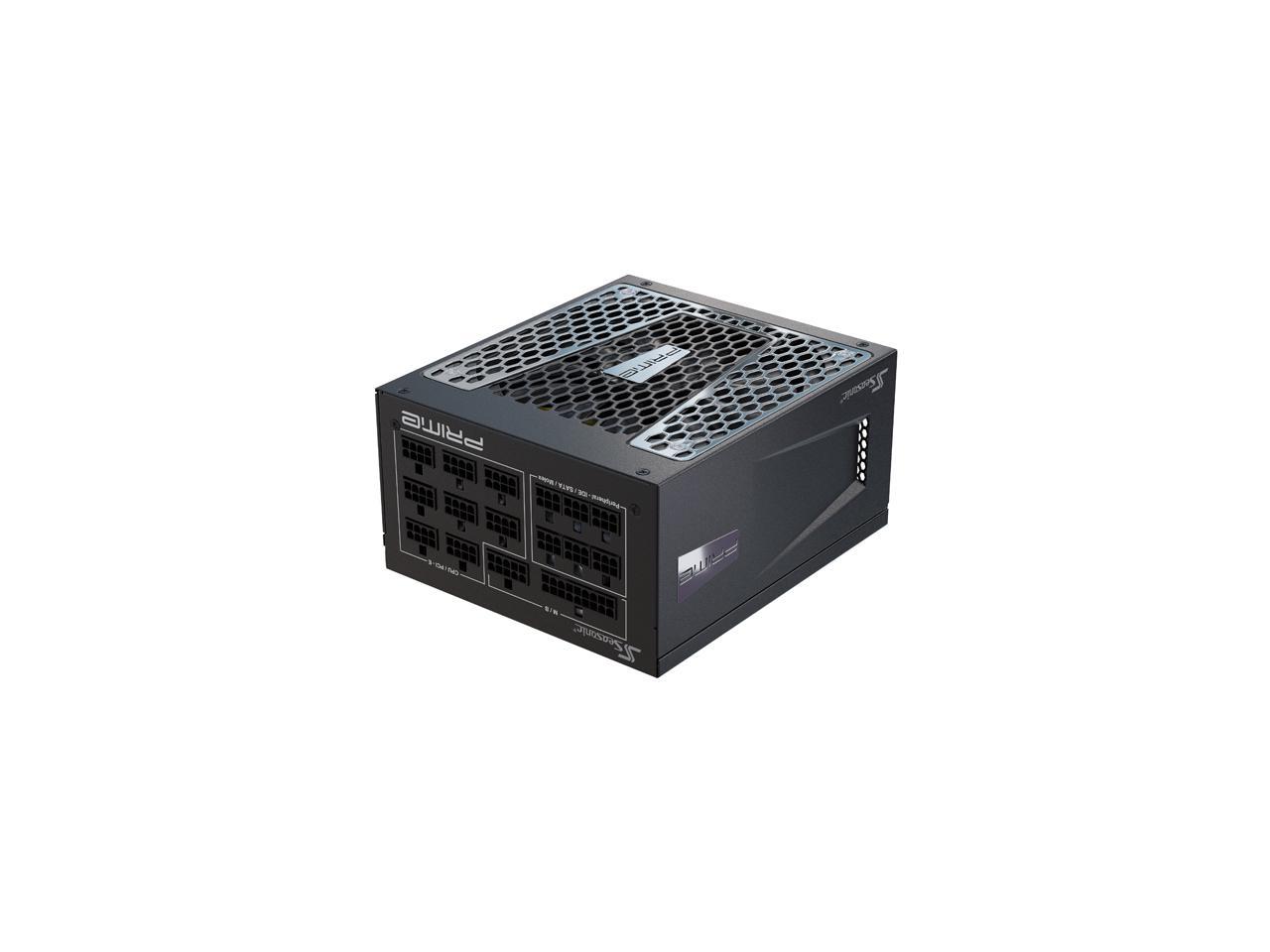 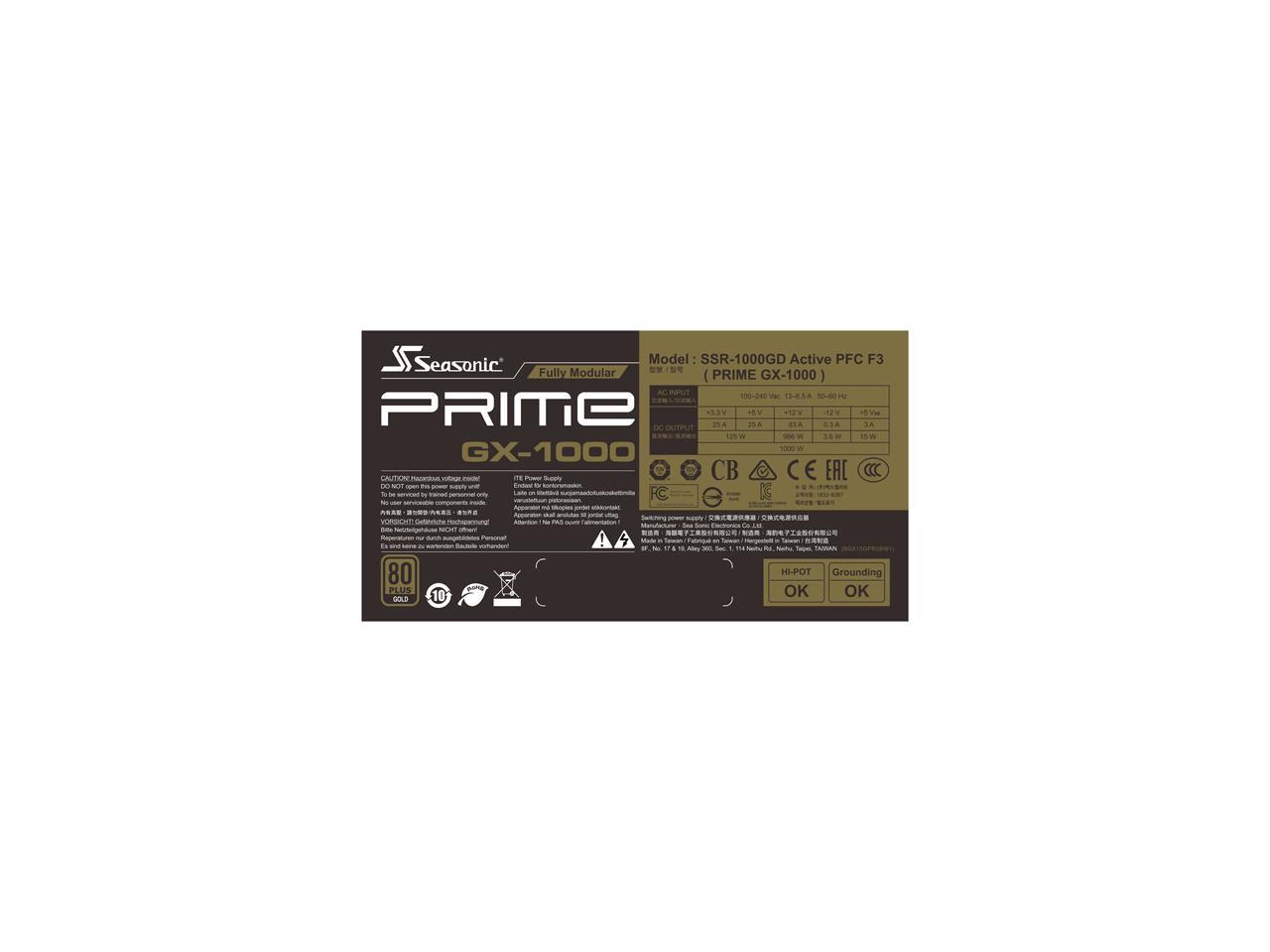 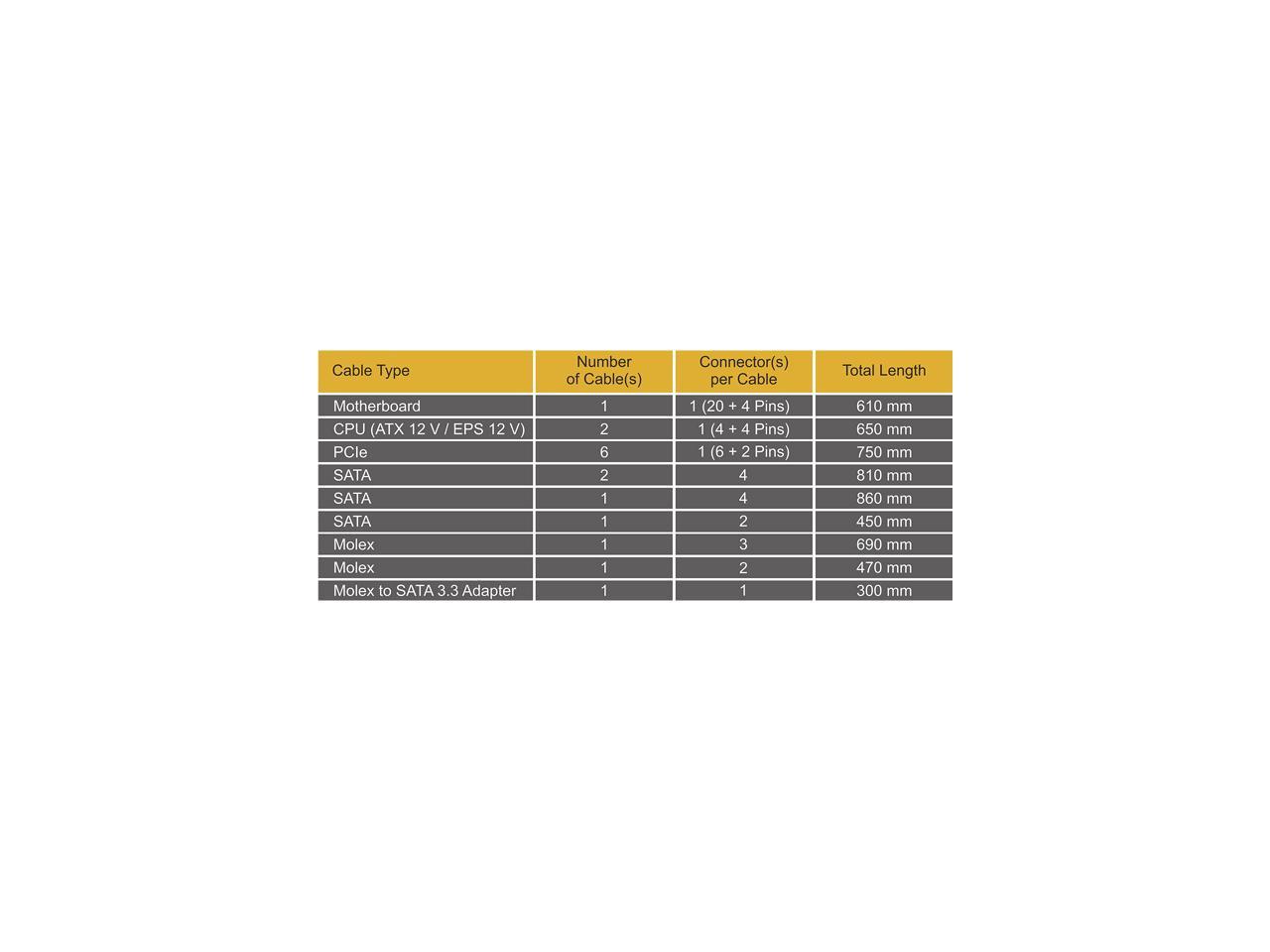 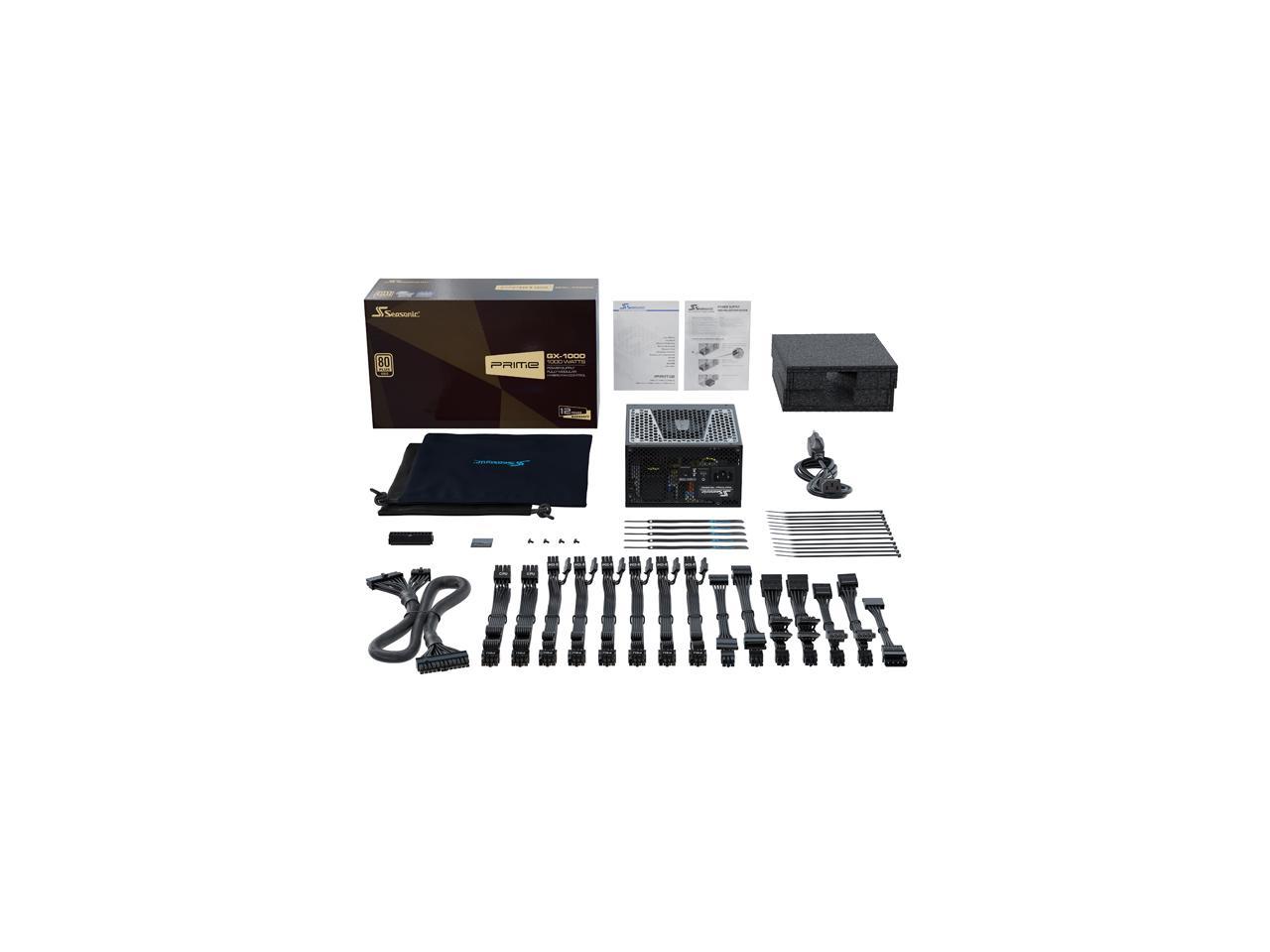 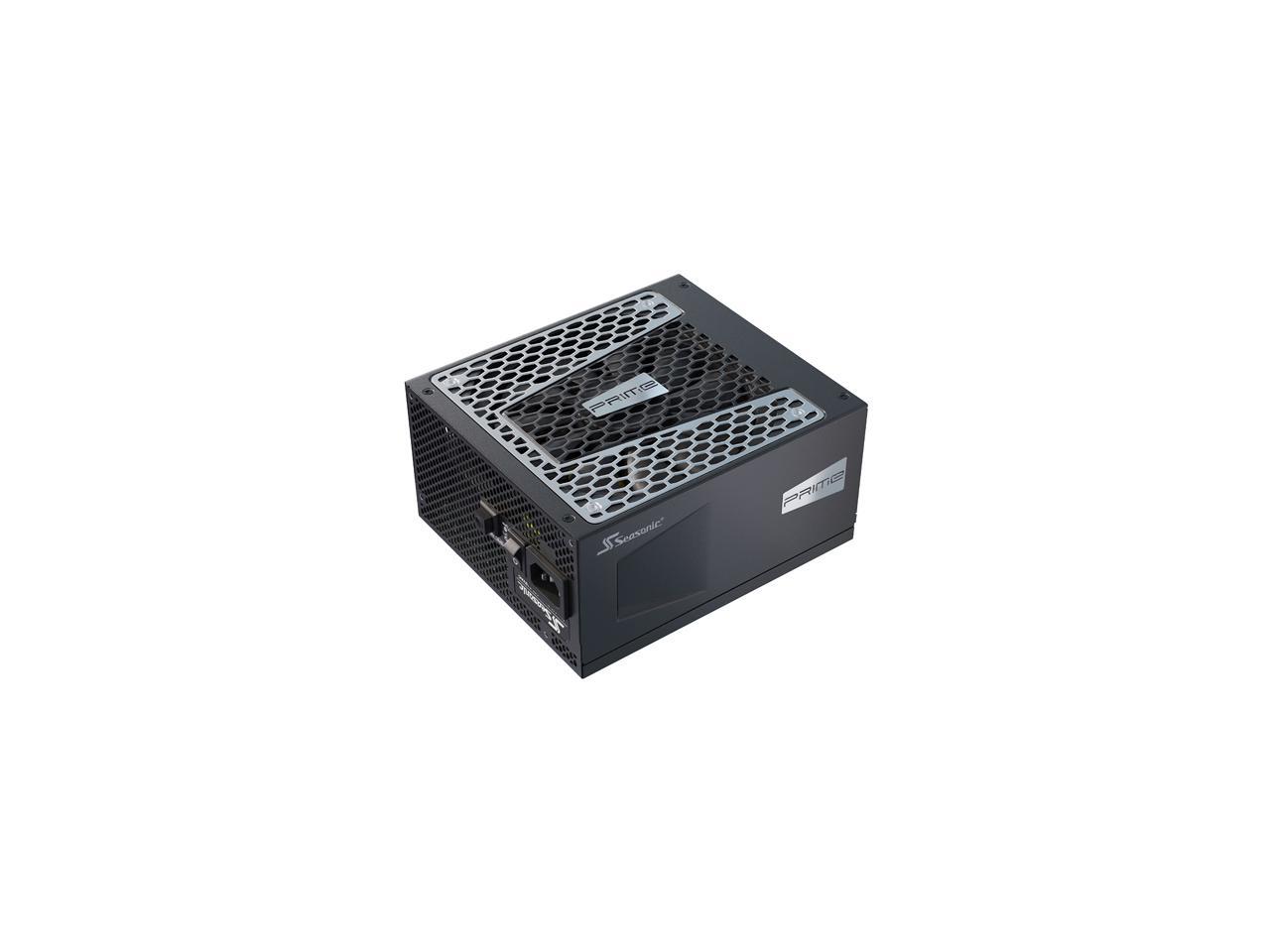 Pros: +latest seasonic 2020 prime platform +1000 watts +fully modular +NO INLINE CAPACITORS! yay! +most of the cables are sleeved in some sort of soft, flexible silicon / rubber sleeve. they look like they're sleeved cables but without the mesh. only the 24pin is grouped up in a mesh wrap but it's still flexible. +fan button is nice. even though i'm running it in hybrid mode, its nice to use to test to make sure the fan works if you never stress the system hard enough. though my 3090 fe makes sure my system is stressed enough lol

Cons: seasonic only rates the fan for 50,000 hours (5ish years) at 40c. even though the power supply has a 12 year warranty. since prime is seasonic flagship, and the price of it, i would prefer to see a more durable fan, like a double ball bearing, rather than a fluid bearing that they also use in their more mainstream focus series. i'm sure in hybrid mode it will last awhile, and the overall 12 years warranty, but for being a flagship series, it would be nice you know?

Overall Review: i bought this to replace a corsair rm850x that was struggling to run my 10850k and nvidia 3090 fe. only way i could prevent shutdowns was by having my 10850k run at intel's stock 125 watts on p1. ampere jugs down power hard and has high transient spikes. toss that in with a decent cpu overclock, you'll need a beefy psu for it. the prime gx is fantastic. able to run my 10850k overclocked again along with the 3090 fe.

Pros: - Is very silent. Because this is a hybrid fanless PSU, the fan is not moving most of the time, and only under high load, it moves, but even then, its very silent. - Very stable even when under load (my case had 2 GPU 1080 Ti + I7-8700K overclocked + Oculus Rift) and this PSU was not under heavy load.

Cons: -Only ATX cable is braided; would prefer all braided cables

Overall Review: If you are considering anything other than a Seasonic PSU, you should reconsider.

Pros: Gets the job done

Overall Review: I would definitely be getting a product from a competitor instead. I would really like a refund.

1 out of 1 people found this review helpful. Did you?
Manufacturer Response:
Hello, Thank you for your comment and sorry for this issue. We would recommend to contact Newegg and ask for an exchange as under medium load (how many watts exactly?) the PSU fan shouldn't be noticeable. Thank you and sorry for the inconvenience. Best Regards,
Chris A.
Ownership: 1 week to 1 month
Verified Owner
Seasonic Reliability10/13/2020 8:10:51 AM

Overall Review: Would recommend to anyone looking for a solid PSU.

Cons: Running 4 GPUs on it. @power limit of ~70 it pulls just under 800w (at wall) and seems fine, any higher power limit and it'll pull over 800w and cut out after maybe 10 minutes. Looks like I will be RMA'ing it.

8 out of 12 people found this review helpful. Did you?
Manufacturer Response:
Hello Frank, Thank you for your comment and sorry for this issue. We are not sure it's a PSU issue but most probably safety triggered while GPU's are in load. They have some high peak of consumptions on the +12V rail that can trigger PSU safety. It's not noticeable with a meter as it's fast ones. I may suggest to contact us at newegg@seasonic.com in order to check this. Thank you and sorry for the inconvenience. Best Regards,
Anonymous
Ownership: 1 week to 1 month
Verified Owner
Top notch for $5/18/2021 12:48:41 PM

Cons: Only comes with single 8 pin to 8 pin connectors, 8 pin to dual 6+2 pin seems to be the norm with most psu so was a little disappointed with that (customer service was superb in timing and info given, pointing me to a retailer for said cables) it's a great psu wiyh solid performance, runs at about 40% and doesn't require its fan on eco mode.