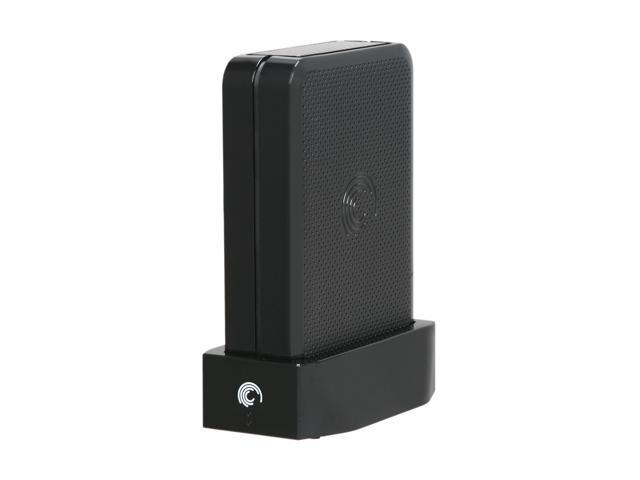 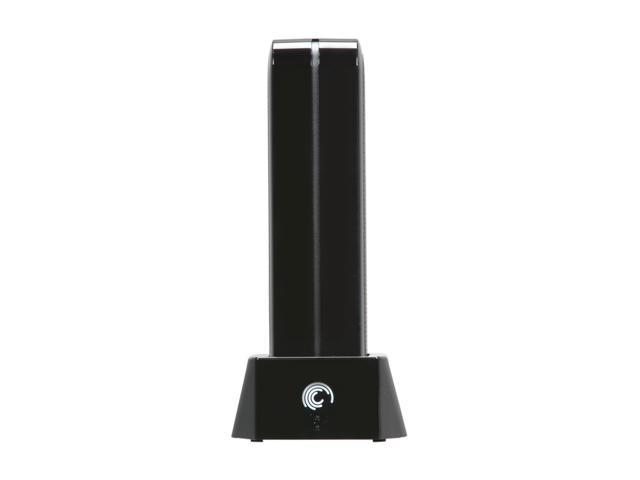 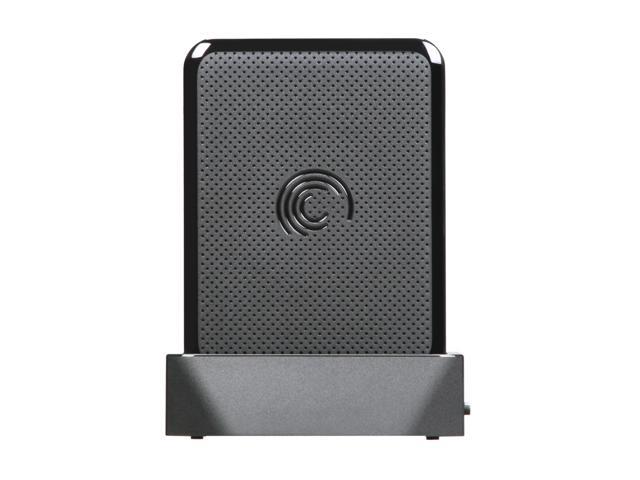 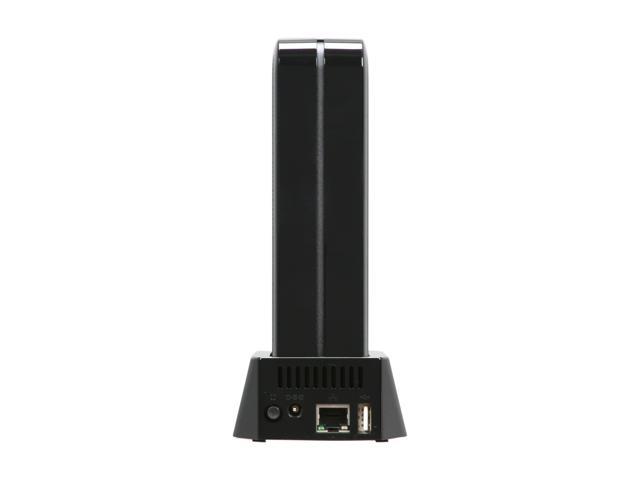 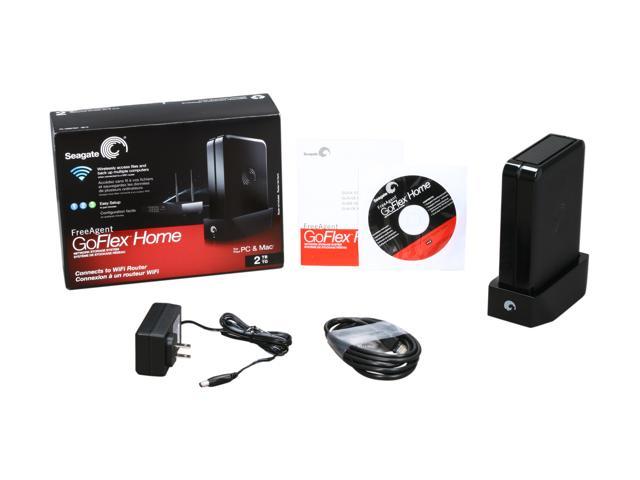 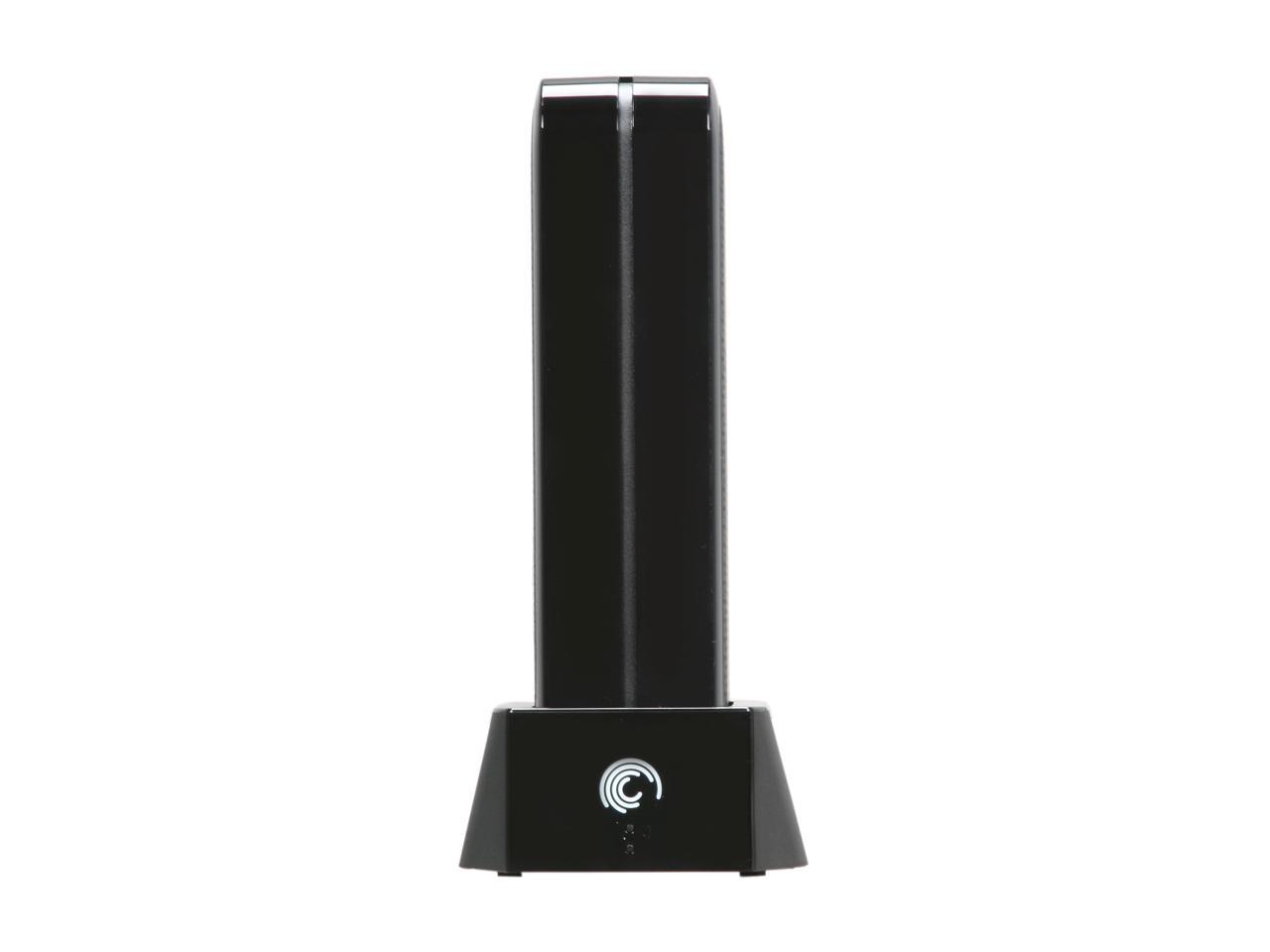 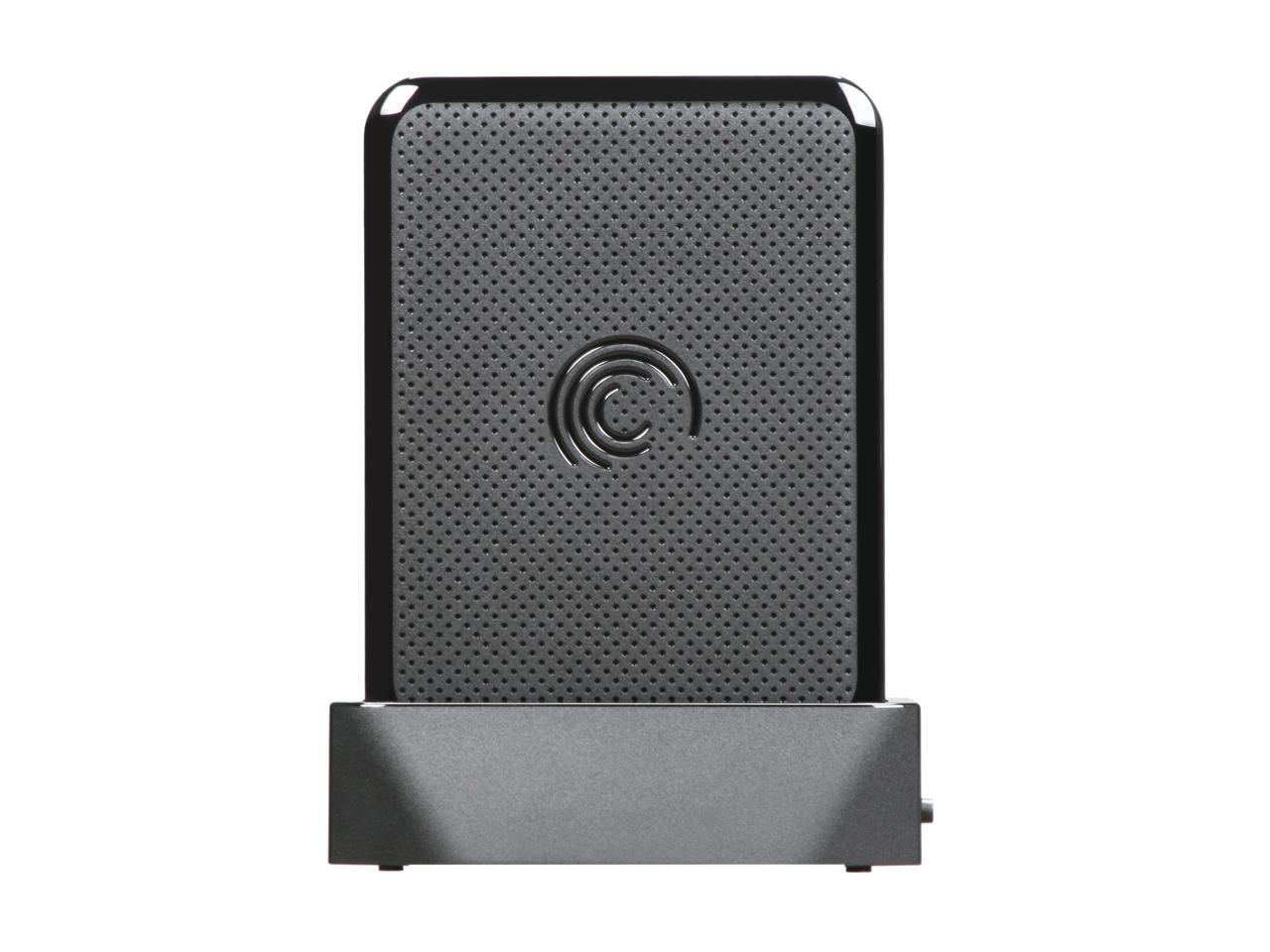 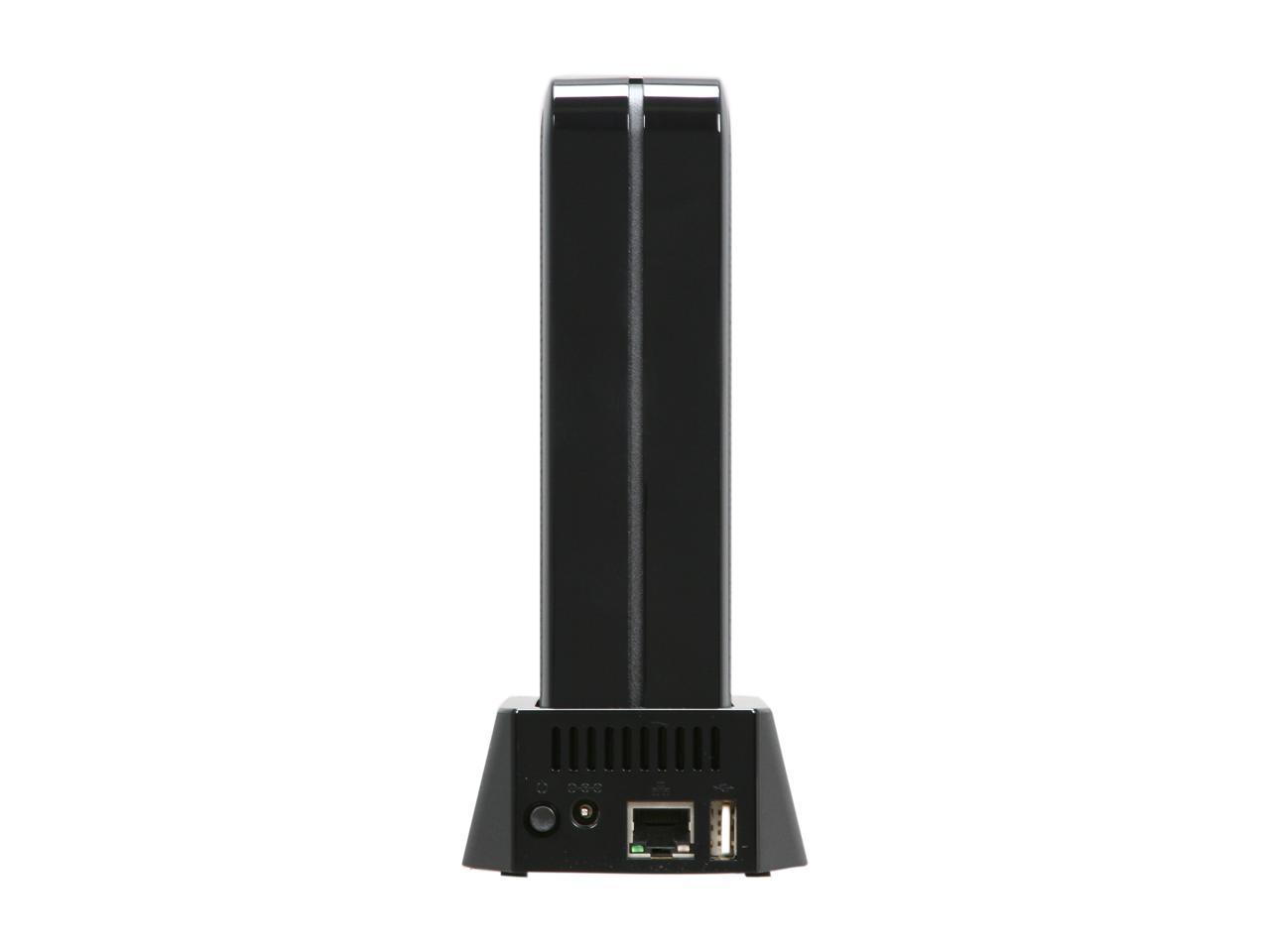 (68) Write a Review
OUT OF STOCK.
Fees for brokerage and duty included in price.
Overview
Specs
Reviews

Learn more about the Seagate STAM2000100

Pros: While at the store, I read the newegg reviews and was a little worried about the 3-egg average, but most of the low eggs seemed to misunderstandings of what 'wireless network storage' is and complaints of slow transfer speeds, which I found difficult to believe. I'm breaking up with Western Digital, so at the very least I was willing to try a different brand network drive. As the high-egg reviews suggest, it is really very simple to set up. It automatically finds its product codes and serial numbers and automounts the folders. I'm not noticing any issues with transfer speeds. So, overall, if you don't like to think about your devices, and accept them as the mfg dictates, it'll work great.

Cons: As the title suggests, this product can not be customized to your person network needs or preferences. The drives it creates are: GoFlex Home Public GoFlex Home Backup GoFlex Home Personal the media device is some obscure axentraserver, and the network servers (?) are GOFLEX_HOME and GOFLEX_HOME_ATM. I'm not certain what the difference between the last two is exactly, but I probably won't wait around long enough to find out. Searching the support forums it becomes clear that changing the names of anything is forbidden and many people had problems with the underscores in the names and something about itunes (which I won't use and can't comment on). Also, since the name is the same for every device, people reported issues with conflicts between multiple devices on their network. The automounted drives are selected as X, Y, and Z and, while you can mount a drive manually as anything else, the link is broken when you restart the computer and it automounts again.

Overall Review: This is effectively the same issue I had with Western Digital and their MioNet service. It was a pain to change the drive name and letter, but at least there was a way to do it eventually and a community of hackers for the MyBooks (although I never went that far). In my opinion, when you buy a device, ANY device, it becomes yours and you should be able to do whatever you want with it. Making it incredibly difficult or impossible to do so is a deal breaker for me. If you really want to have networked hard drives, it seems clear to me that the best way to do it is with a wireless router that has USB spots that you can attach a blank drive to, which I'll try next. And hopefully, those don't have similar proprietary nonsense about them.

Pros: A lot of storage space, room for multiple users

Cons: A bit slow over the network

Overall Review: I was excited when the drive came so I could put all my data on it, enough so that I ignored the fact that the box looked a bit worn for a "new" item. Everything seemed to be in the box so I thought nothing more of it. It took me quite a few days after setting up the software to move all my data to it (mostly because of the transfer rate over the network) but after I was done, I had about 800GB of data/photoshop/premiere stuff backed up and the next day my computer refused to see the drive. I was pretty upset considering the work it took to put it on there, but I set it up for an RMA. Unfortunately, they're telling me that the serial number does not match and they are not accepting the return. That just adds insult to injury. I have no idea what to do at this point. I was excited about this drive, and now it's just cost me $230 for nothing.

Pros: Seems ok right after a reboot before it breaks

Cons: Can't login with samba/windows file sharing frequently. Reboot solves it. Something is unstable and/or broken.

Overall Review: Should have just put a hdd in a desktop and shared it.

Pros: Easy setup as long as you know what you are doing. Minimal Setup. Thanks to the other reviewer on here that recommended not to install their software. User and password network sharing, shows up on network instantly, just need to setup username and pass initially. Access to files online via Seagate's portal and also via sharing folder I made or URL's I specified on certain files.

Cons: none so far, but it wasn't free and doesn't have as long as a warranty than the WD

Overall Review: After connecting the drive to the router and waiting for it to power up and cycle itself (green solid light). Find its local ip address in your router's admin. copy it. Use a computer to access the router initially by typing the ip address you found in a browser (mine was 192.168.0.12 but your will be different ). Follow the directions to make a username and password. You will now log into the Seagate portal called Share: you can make files public here and assign share settings. At your local computer open Network or Finder in Mac (wife has one and it works fine, use the connect as button) type in the username and password you specified on the online setup. Bam all the files are there as well locally. I won't be using the online much, but it looks useful in the future, especially streaming movies to ipad/iphone while im away from home or on the road. Hope the above steps help! Now I just hope the drive lasts.

Cons: requires proprietary software installed on each user's machine, license limited to 5 users unless subscribe to an annually renewed extortion, er, subscription. must generate a unique device name which is discoverable to the internet at large and must be registered with seagate.

Overall Review: did not meet the needs of my household network system..only 4 computers.. but a couple computers have multiple users (for example, the kitchen computer has mom, dad, two kids all as separate users). not a good solution for our setup and no way am i going to pay an annual fee to have access to my own data from my own computers in my own home. this kind of trojan horse really generates resentment.

Pros: um storage (if you can get to it)

Cons: never shows up on the network no matter what you do half the time. pain just to get to files and very slow. software is FAIL, overall a waste

Manufacturer Response:
Dear Valued Seagate Customer, This reply is from Seagate Support. We noticed your review and wanted to apologize for the problems experienced with your GoFlex Home drive. We would like to talk with you in greater detail to determine the root cause and available resolution to the behaviors outlined in your review. We have created case #03127825 for your reference. Both your review and our response will be listed under this case number. If from the US or Canada our contact number for technical support is 800-732-4283. If outside of the US or Canada please try us here under Technical Support (choose your region): http://www.seagate.com/support/contact-support/ Best Regards, Seagate Support
Billy D.
Ownership: 1 month to 1 year
Verified Owner
total bust11/26/2012 3:24:57 AM

Pros: I really have no pro's for this, total bust and loss of revenue for my experience.

Cons: Lot of advertising candy.Had good seagates in old days. Lot of proprietary sw on this that tries to charge you p/head bulletin board fees. Ridiculous is the hd yours or not?Apparently not in this particular case. Other drives are quieter and don't work at cross purposes w/proprietary sw. I could probably get some gurus to remove the proprietary garbage on it, but should anyone have to? Shouldn't it be a cut an dry purchase????

Overall Review: The hours I wasted trying to get use of this beast, were far mare valuable then this beast. A total bust. If it is not yours after you purchase it, what is the point?

Cons: SLOW. I use a Mac, my 500GB time-machine back-up took 3 days!!!!! I've looked online everywhere to see if I had a config issue. Nope, it's just SLOW. If you buy this, you will be disappointed.