OUT OF STOCK
Sold by: Newegg
Shipped by Newegg
Price Alert
Add To Wish ListFound on 11 wish lists 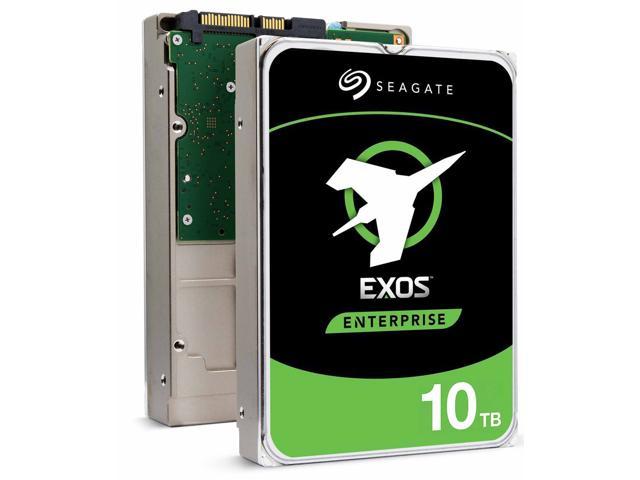 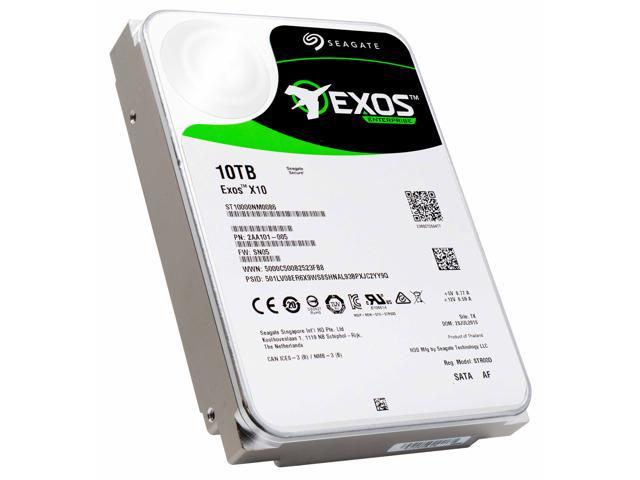 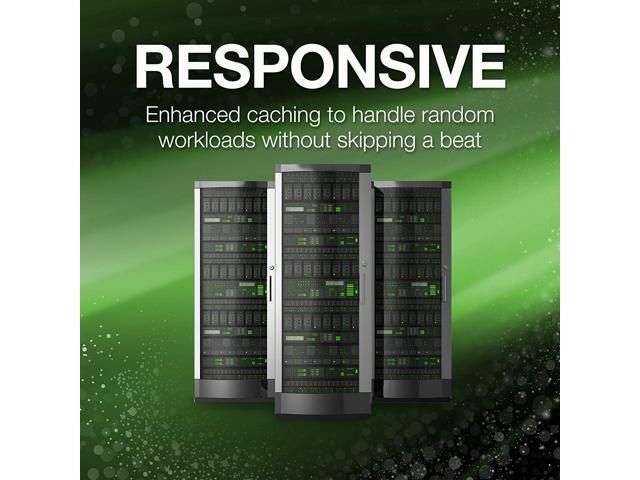 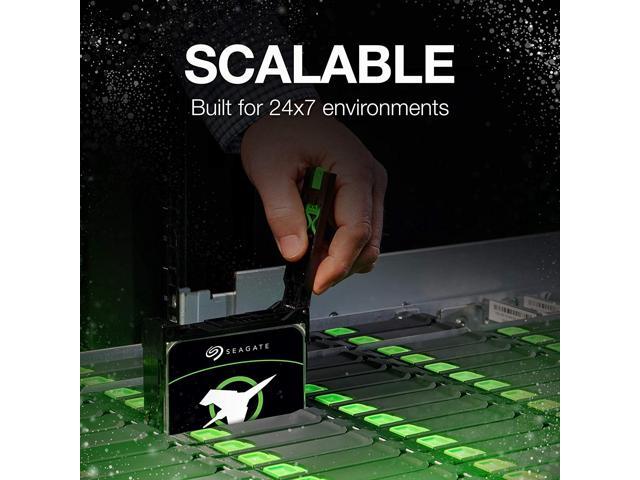 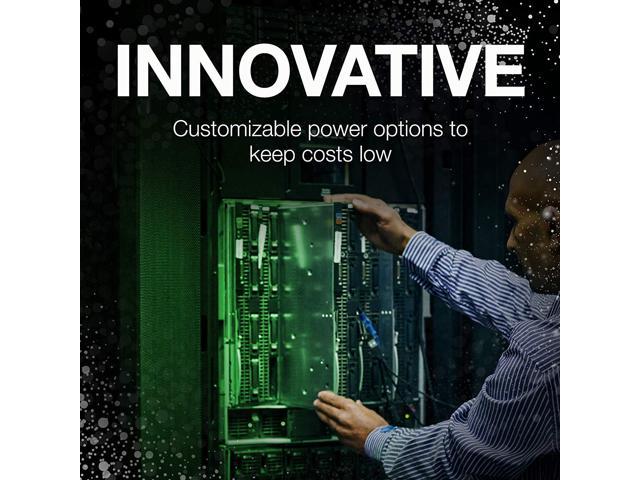 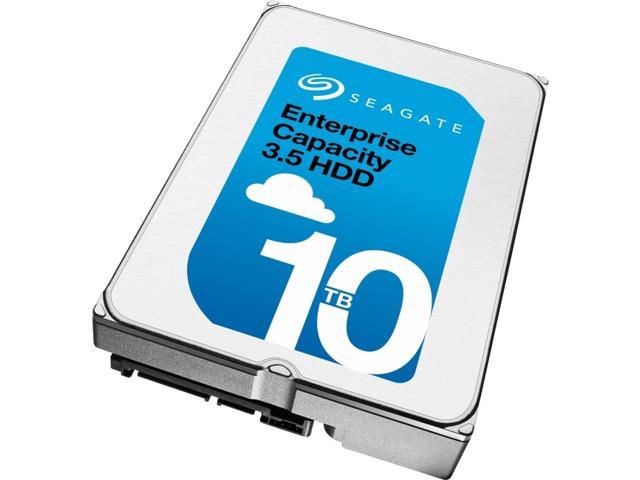 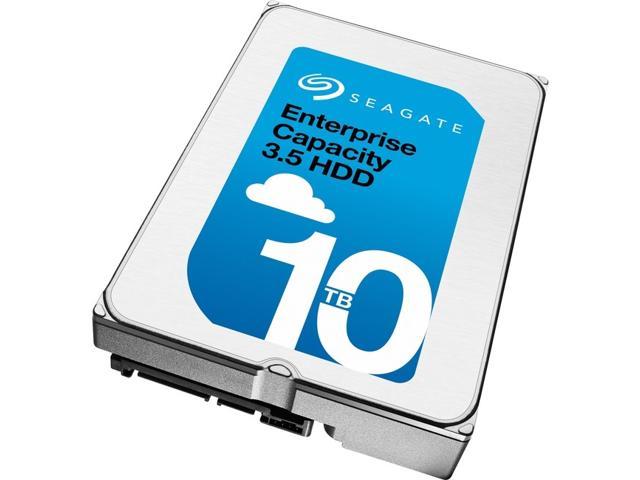 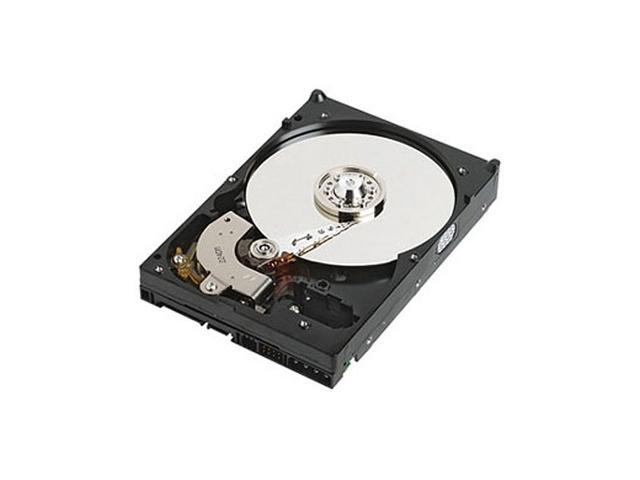 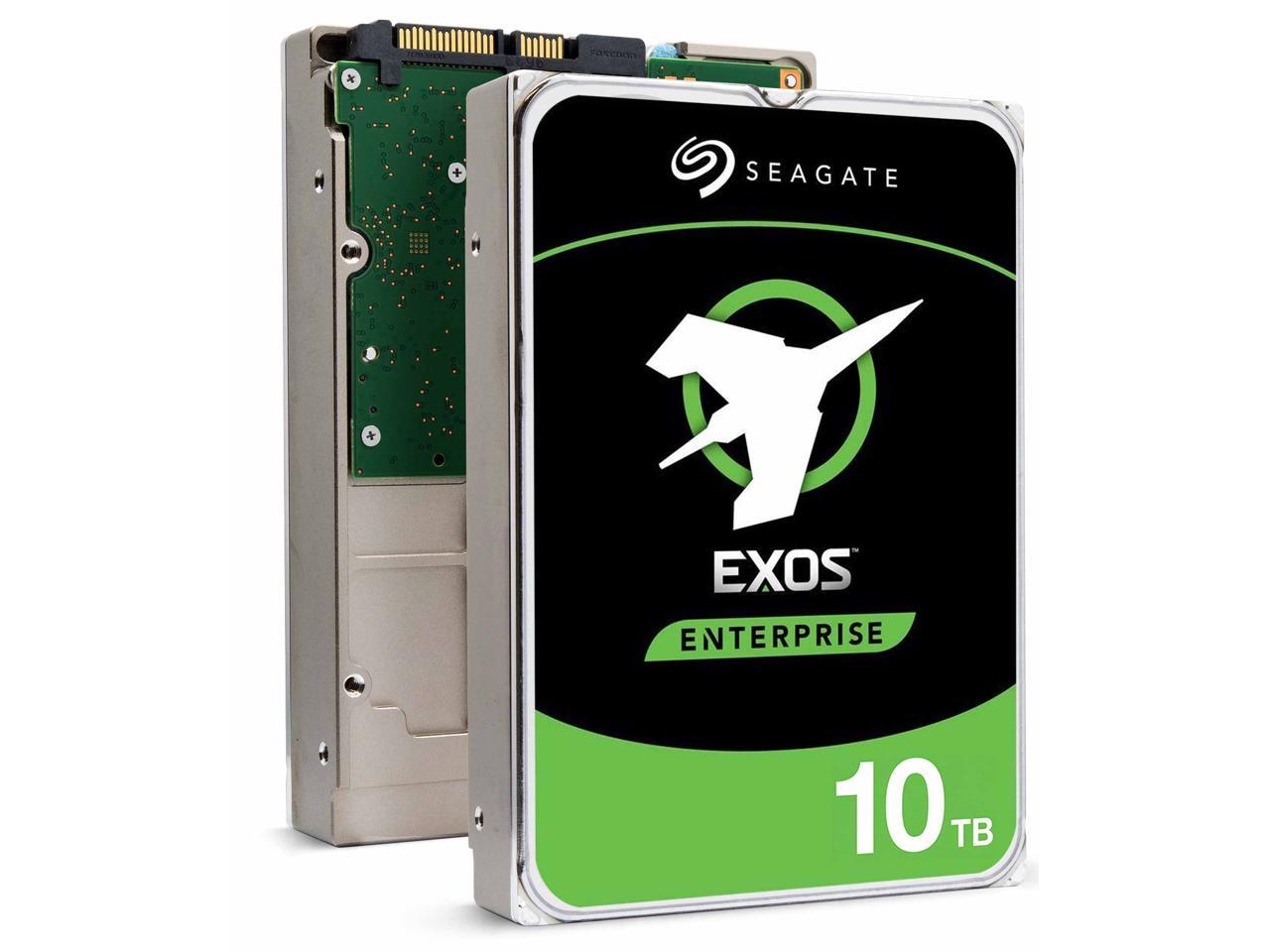 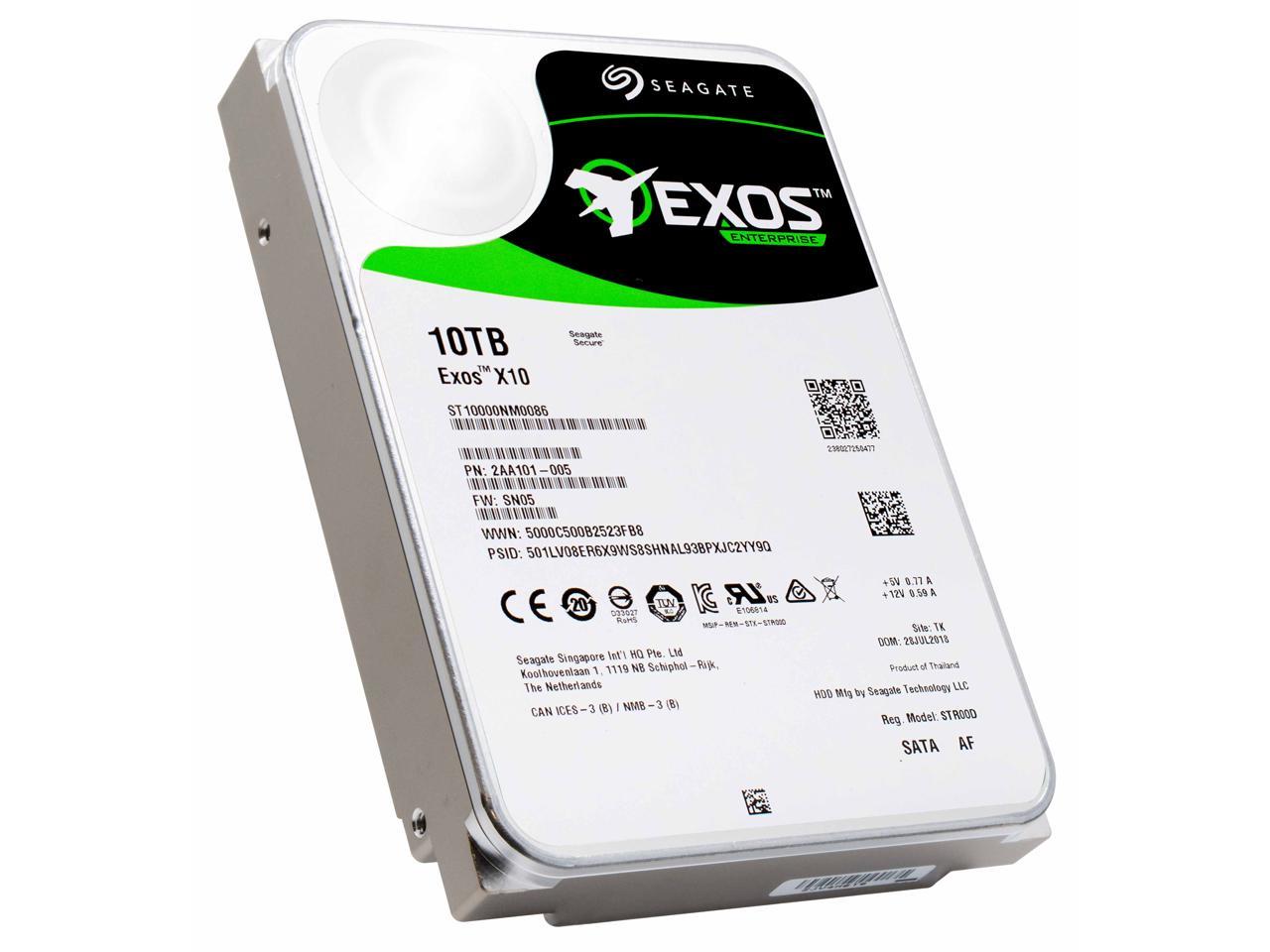 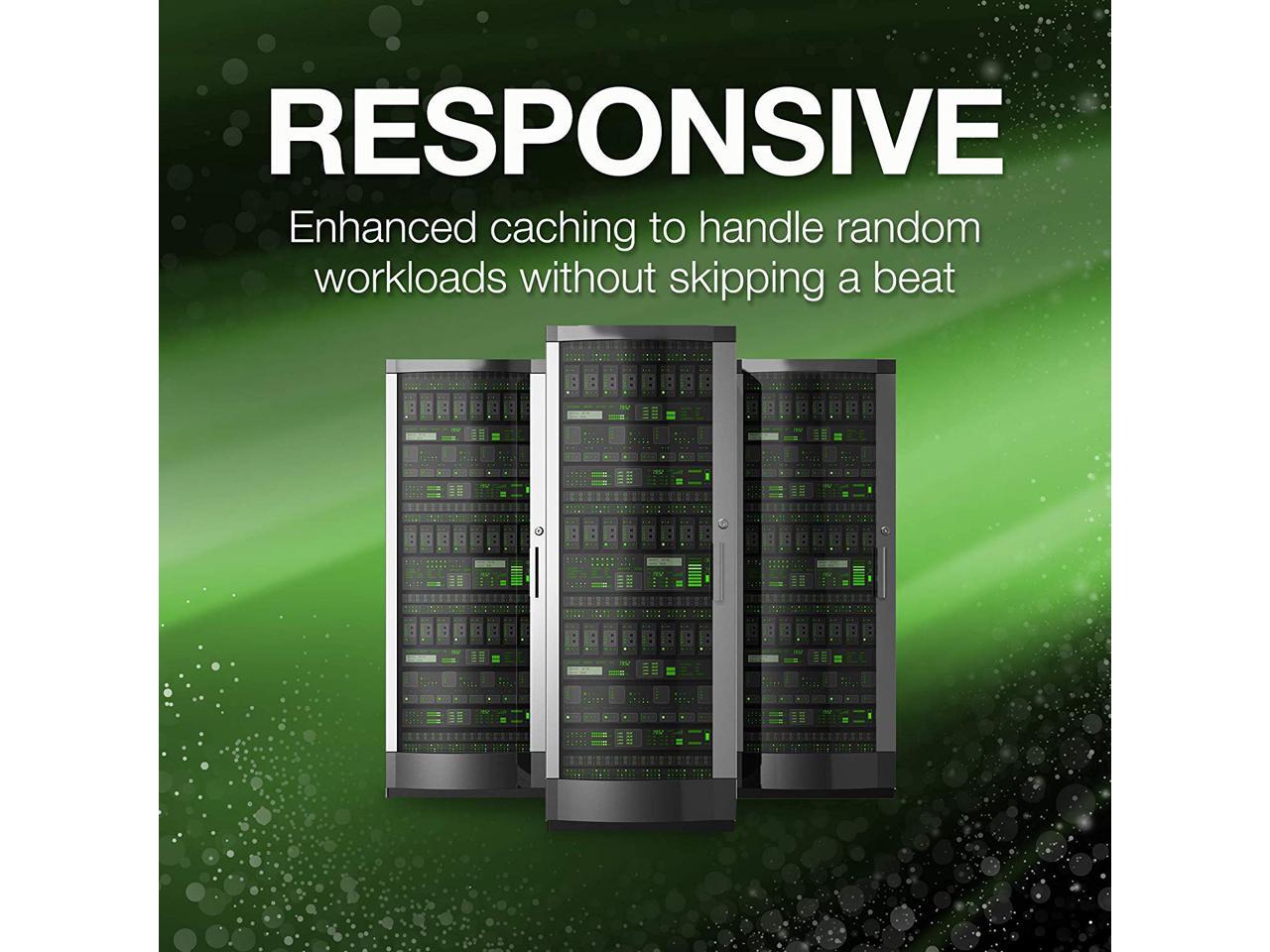 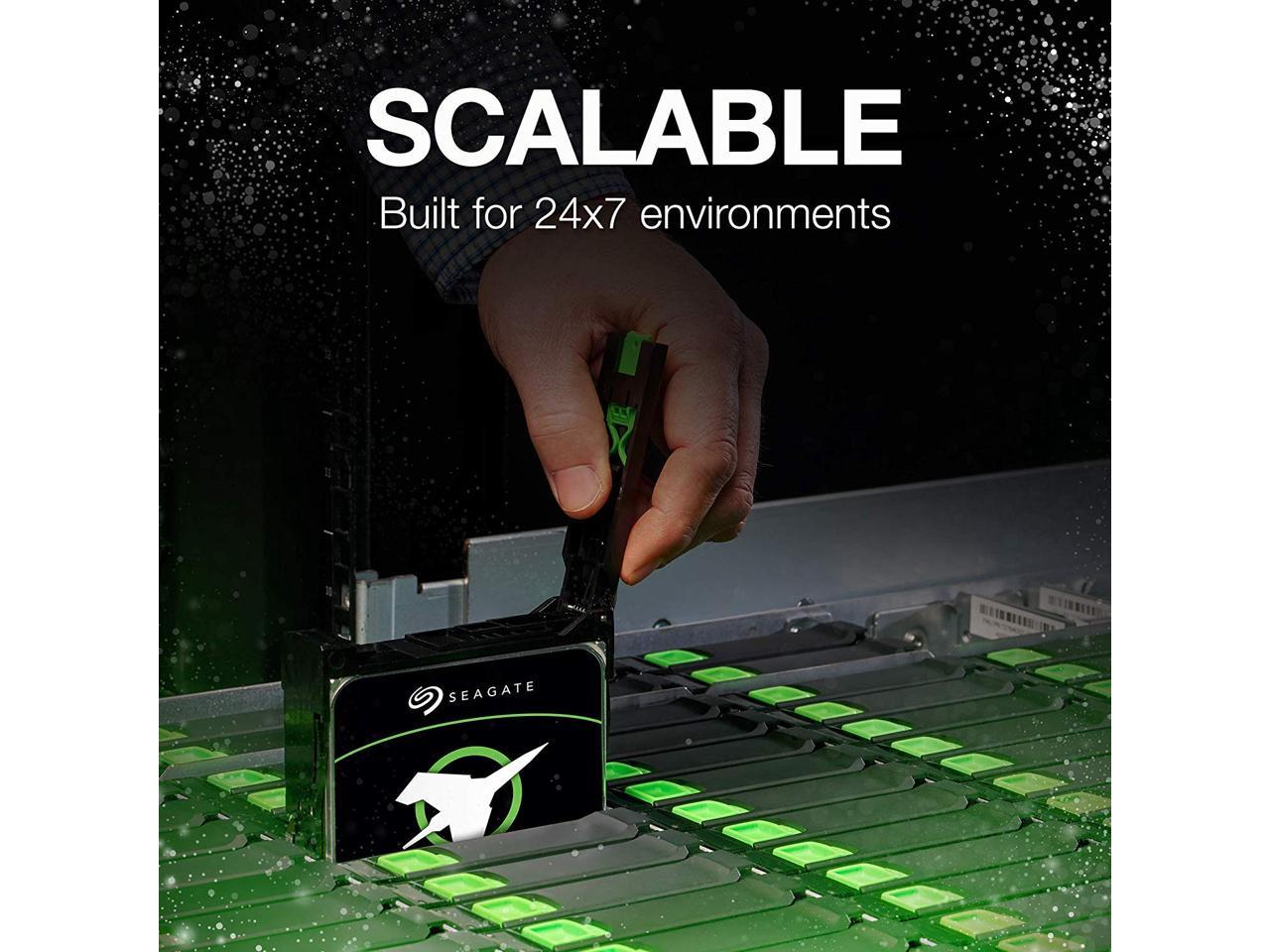 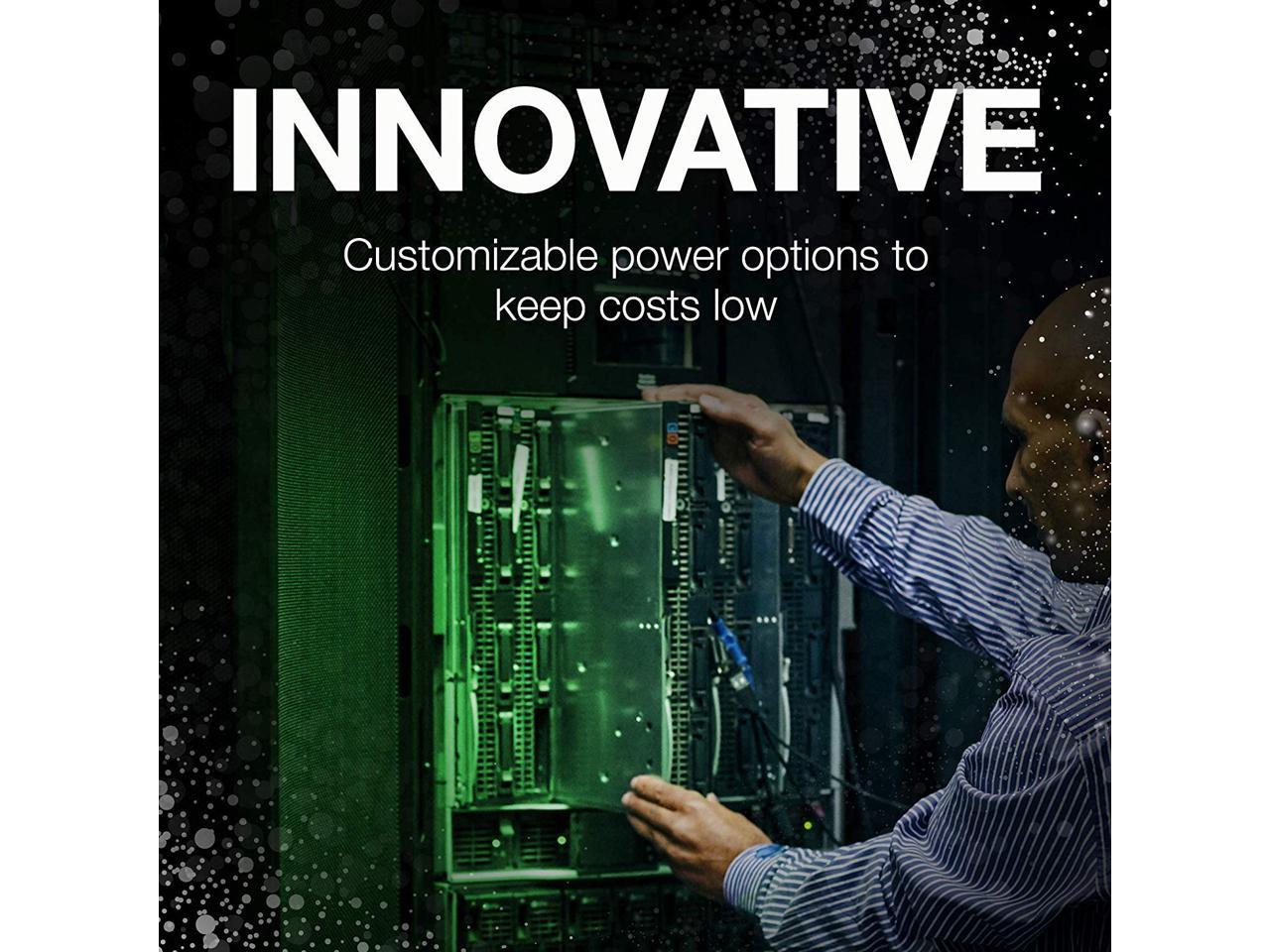 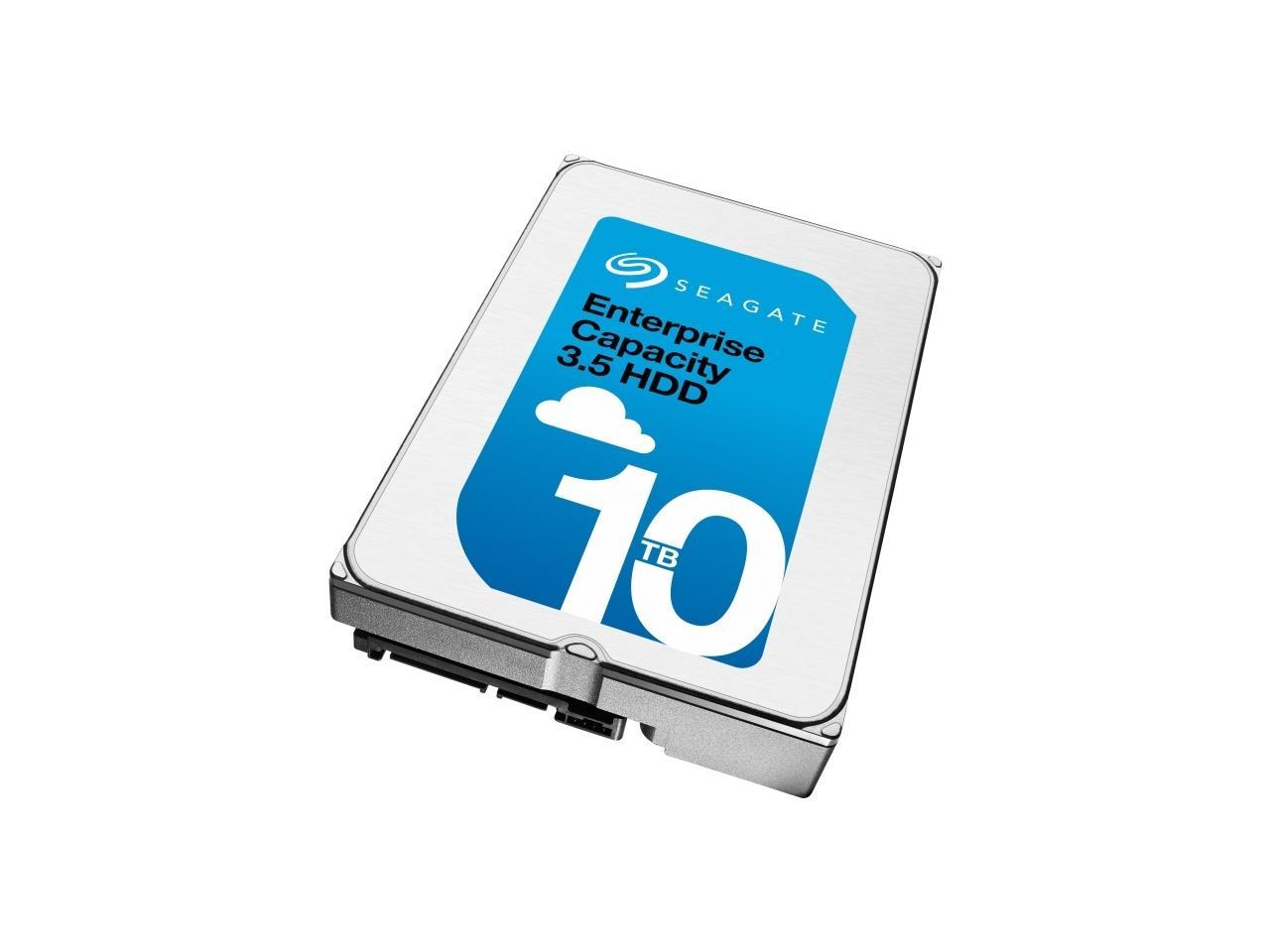 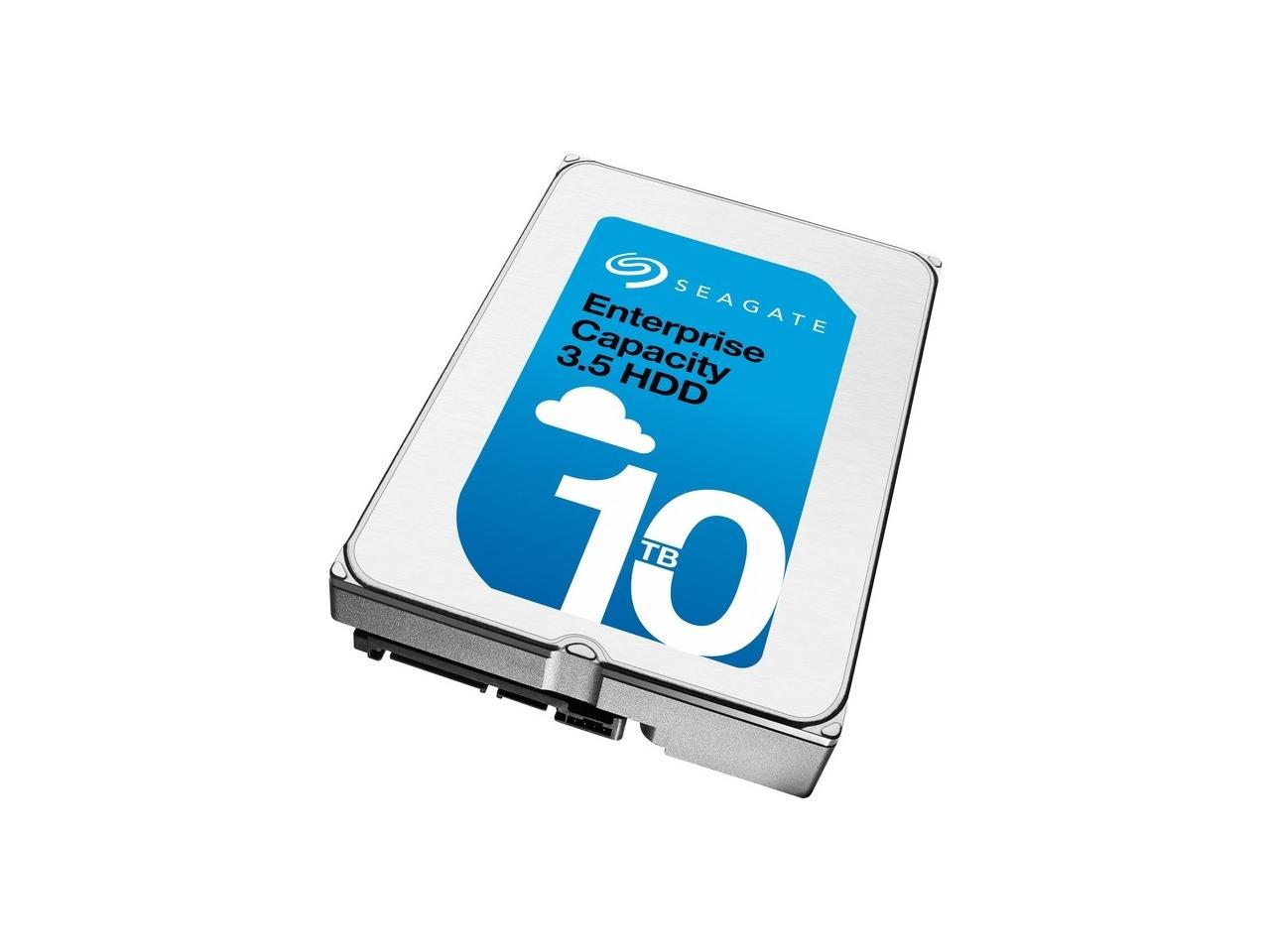 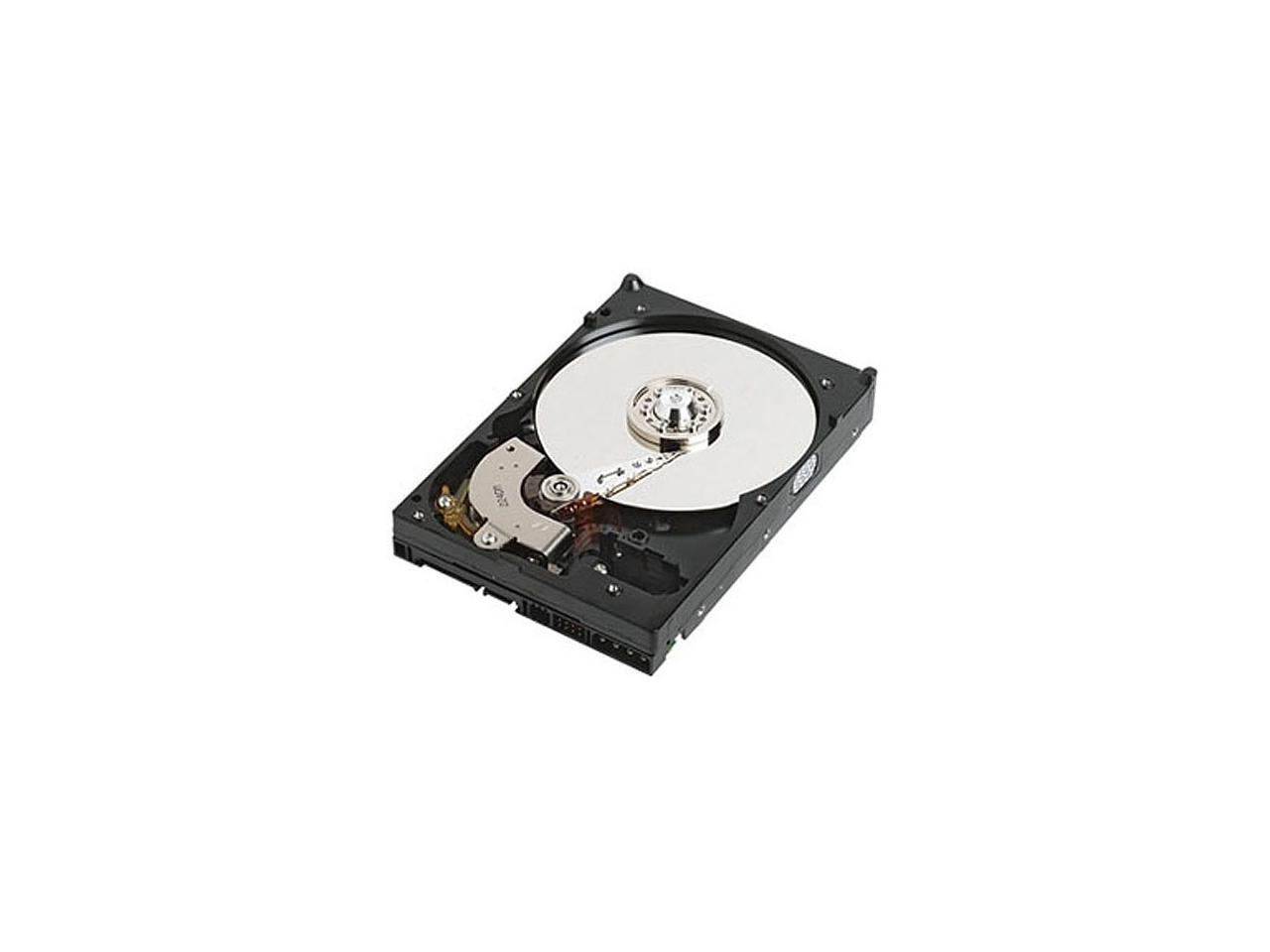 (57) Write a Review
See more "exos"
OUT OF STOCK.
Fees for brokerage and duty included in price.
Overview
Specs
Reviews

Pros: Decent speeds, (hopefully) long-lasting drives because of the Helium. Stays a bit cooler (about ~1-2C) than my Toshiba X300s during read/writes.

Cons: I ordered these drives on 9/18/2019. When I registered them on Seagates website, 3 of the 4 came up with "Valid until 12/27/2023", the other was "Valid 3/11/2024". Needless to say, I'm not happy with only having 51 months on those three and 54 months on the other. Because... WD & Toshiba will give your drives the full warranty period at the time they were ordered, bearing in mind you have the sales receipt for proof. Seagate on the other hand, DOES NOT allow this. Their dates on the drives the moment they left their facilities are FINAL. I have called them about this already and they will not budge on their warranty terms. You can search online discussions about this and the many complaints consumers have over it. Who says it's fair to receive a drive like this with only ~1 or ~2 years left on their warranty because it sat in the far back of Newegg's shelves?

Overall Review: I needed to upgrade my 5TB Toshiba X300 HDDs as I was running out of space on those. I picked up 4 of these for 2 separate mirror volumes. The reason these were picked up was that BackBlaze seemed to be using a lot of these and from their results, there didn't seem to be as many failures in comparison of the other brands. Also, Newegg had these discounted a little bit not long ago. If there are any further issues with these, I'll update the review as needed.

26 out of 26 people found this review helpful. Did you?
Anonymous
Ownership: less than 1 day
Verified Owner
Enterprise-Class, Affordable, BackBlaze-Proven4/4/2019 12:26:14 PM

Pros: · BackBlaze rates this among their most reliable drives (0.33% Annualized Failure Rate as of 2019) · Manufacturer-rated MTBF of 2.5 million hours and 5yr warranty · Second-lowest cost-per-TB of any new HDD as of this review · low power consumption

Cons: · Seagate's reputation is recovering from older models with higher failure rates · HGST He10 is slightly faster in some workloads (also more expensive as of review)

Overall Review: Frankly, the personal experiences of myself and others in HDD reviews is mostly irrelevant in the scheme of things. You're better off comparing longterm reliability of drives via BackBlaze statistics, which are excellent for this drive. I'm moving from a couple pools of 5-6TB Toshiba X300s to Exos because I don't mind a bit sacrificing some noise for enterprise-class reliability even though these are used in my home. Though Toshiba tech support has been superb and this is insignificant in the scheme of things, the X300s have failed at a higher-than-expected rate. I need larger drives anyway to keep my pools manageable, and the Exos X10, as of this review, are at a pricing sweet spot. I considered HGST and have owned (and loved) Ultrastars in the past; the He10 is a little faster than the X10 in some workloads, but not enough so to justify [in my case] the higher price at time of review.

Cons: Is slightly audible in a quiet room, but not dramatically more than the fans in an attached PC power supply, CPU and case.

Overall Review: Replacing multiple ST2000NM0033 drives that have been in service for seven years (yes, since 2013 when this is written). While migrating the data off the old drives, it was impressive that this new model exhibited completely consistent performance while writing Terabytes of data sustained. Tests with some other drives showed that even other recent model drives could not always read at a sustained speed to keep this drive writing data as fast as it could. When testing from SSD based sources, using real data, not any artificial programmatic benchmarks, it was able to sustain 200-220MB/s writes. I exercised these over several days before entrusting them to the large amount of data that I needed to migrate over and the write performance over all those test was remarkably consistent time after time. And even after two weeks straight of 24x7 operation now, drives are running at a pretty modest 30-32 degrees C. Read performance is just as good, but expected that for this type of drive. The recent price drops on this series of drives have placed it in an excellent price/capacity/performance position as of this writing. I use lots of Seagate drives and have always had great results with any of their enterprise class drives (to simplify, just stick with any of the models with "NM" in the model number). Yes, there is a bit of a price premium over some of the value live drives, but my data is worth a lot more to me and my business than trying to save a few bucks.

Pros: After setting up the drive has a total of 7,600 GB of storage

Overall Review: Compared to barracuda and iron wolf and the write/ read speeds are higher. I would recommend this drive to a friend

Cons: None, except speed comparison with SSD. Not relevant for my application (server).

Overall Review: Bought this Seagate Exos 10TB for a basic home network file server. This Seagate is likely overkill but wanted to do it "right" one time and not worry about reliability. Running it as a single large drive, non RAID. Usage primarily for media streaming, right once, read multiple times. All content backed up on other media. Initially installed in a sealed aluminum enclosure with no active cooling. Drive maintained moderate temps while idling. But, during drive prep, which involved about 3 hours of sustained activity, was surprised with how hot the enclosure became, more than "toasty". At no times was it so hot that it could not be handled but still beyond warm. After the prep, removed drive from enclosure when xferring more than 50-60GB. Plan to modify enclosure by drilling holes at bottom and top of enclosure to promote air circulation to vent heat. If that still doesn't alleviate, will look for a different If I want another 10TB, would buy again. Vastly superior specs to IronWolf and WD Red.

Overall Review: We have multiple Seagate Exos drives used in our location, set up for RAID 3 for data storage, and separate SSD for OS. So far these drives have performed very well, fast, and reliable. We expect good, long-term stability, and plan to purchase more of these drives in the future, and would definitely recommend this drive.

Pros: My second Exos drive. Fast and quiet. No problems with either drive. 5 year warranty.