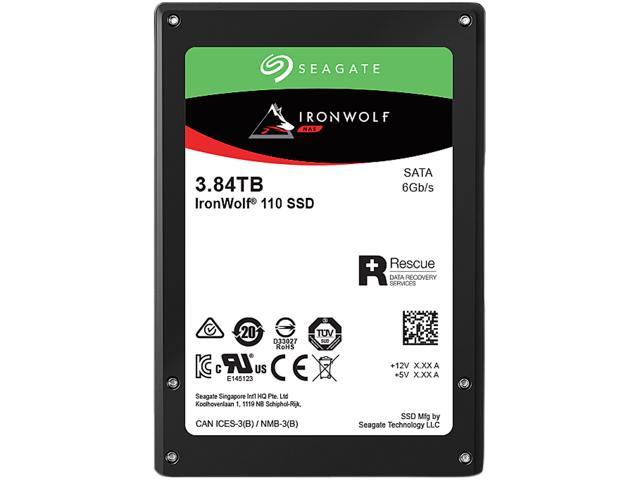 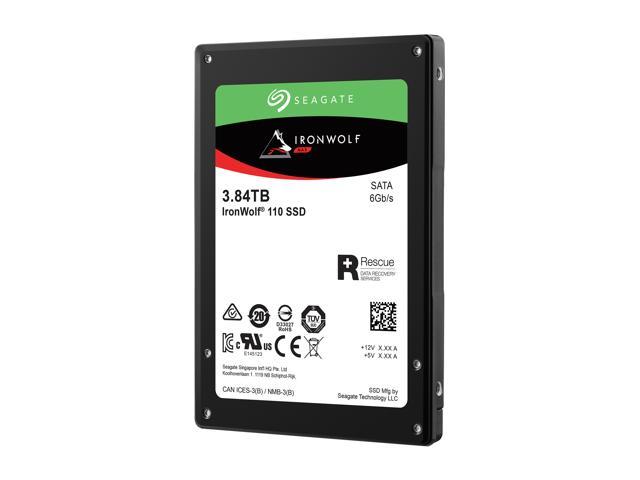 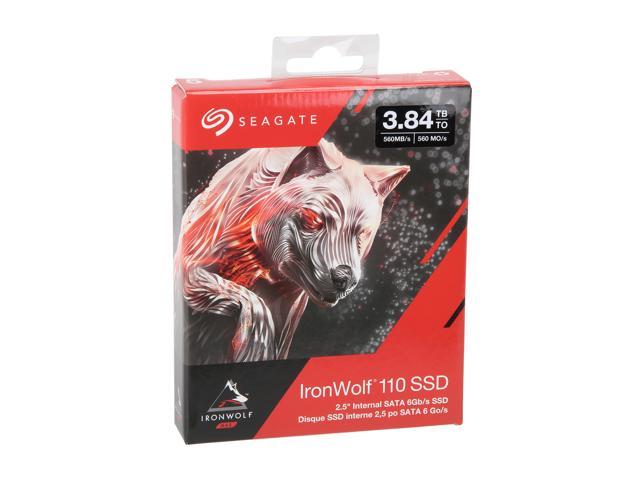 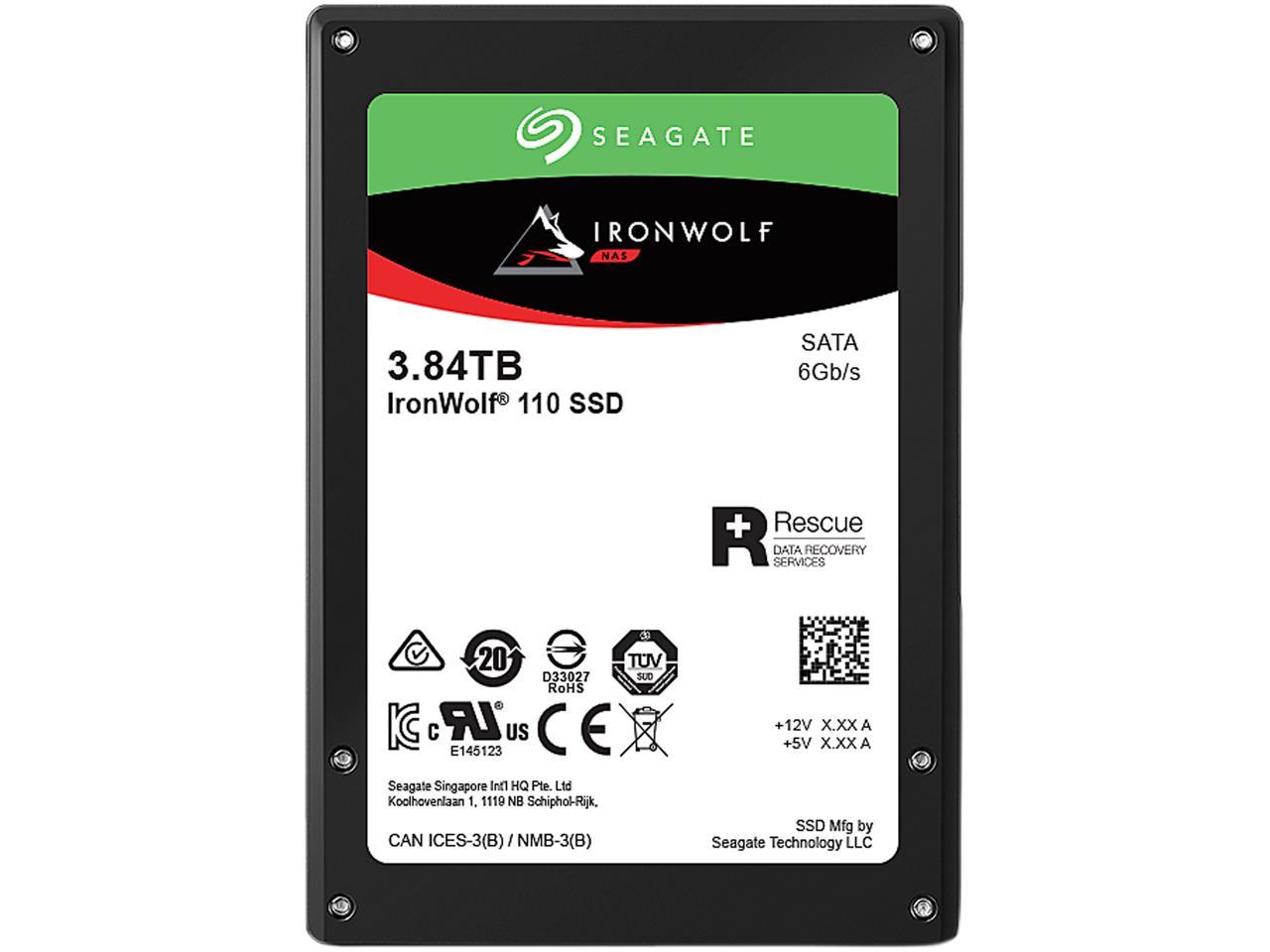 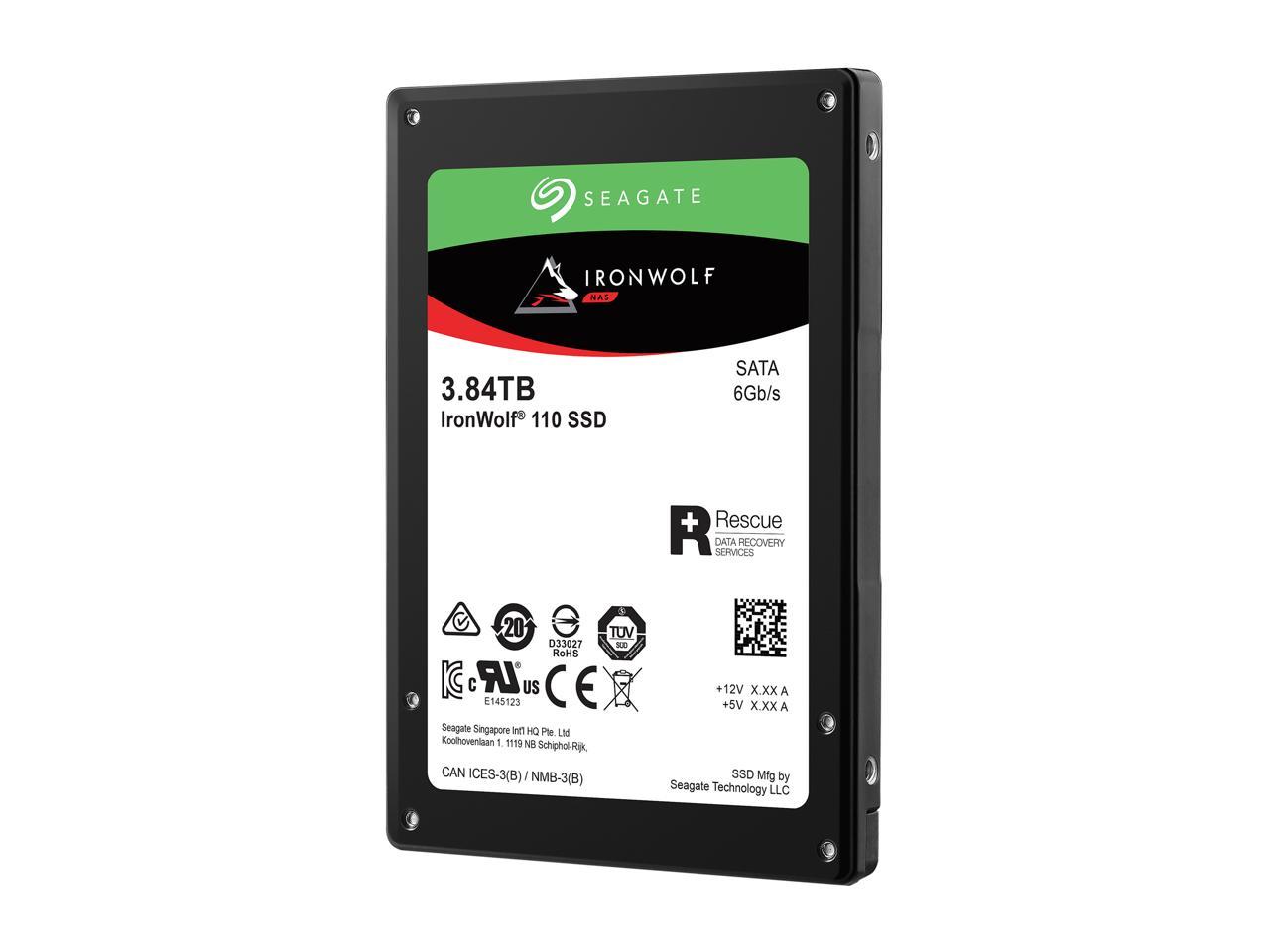 Overall Review: 1 bought 6 and 1 down after 6 month, but, Seagate replace me quickly ty

Cons: Not the cheapest option, but I'm choosing reliability over price

Overall Review: My home Supermicro-based server has worked flawlessly on CentOS 6 and a Western Digital RE4 for 8 years. Now it's time to upgrade to a much more modern version of Linux (CentOS 8), and a much more modern drive to go with it. That's where the Seagate Ironwolf SSD comes in. With the Corsair dual SSD mounting bracket, I was able easily install the SSD where the old 3.5" SATA hard drive used to be. (This particular bracket could also handle a second SSD if I had one.) The SATA cable was connected and CentOS was installed on it without issues. It was instantly recognized and didn't require any special configuration. It's too early to accurately assess the endurance claims, but so far it's been working perfectly.

Pros: Very high endurance ratings compared to other SSDs. Seagate offering free data recovery in their warranty... Now that's a surprising stance from a manufacturer! Response times seem to be at the high end of what is possible on a SATA connection.

Overall Review: I'm using two of these as a cache for a Storage Spaces Parity configuration backed by 6x 2TB HDDs (10TB volume). Having 240GB of cache is great for 99% of my workloads and has really solved the well-known write-hole issue for Storage Spaces Parity. Having a high endurance was a must since these SSDs are used almost exclusively for constant data writes. I will definitely buy more when expansion is needed.

Pros: - SSD that does not suffer from mechanical failure like HHDs - High capacity on a single drive that has higher data read/write speeds then most HDDs - Long warranty and expected storage endurance for years of use

Cons: - Price higher per TB then HDDs - Capacity still lower then what some HDDs offer - Seatools SSD utility not currently working on my system

Overall Review: I needed a replacement for my failing 5TB HDD. I researched internal storage options, and had a short list a few days after. I liked some of the 6TB HDD, but after dealing with mechanical failure of my HDD I wanted to consider SSDs. I have a 2TB SSD for OS, and System software. I have grown to trust it. I saw a few 4TB options, but the Seagate Ironwolf 110 3.84TB impressed me most. The Seagate Ironwolf 110 3.84TB has a 5 year warranty, 2 years of Data Recovery, and the expected endurance is a few decades. My failing HDD had a 5 year warranty, but the product was discontinued shortly after I purchased. So if I shipped the HDD in for service the best they could do is try to service the mechanical failure. The Seagate coverage will protect the hardware, and data on it for 2 years. That is already better then what any HDD warranty offers. Cloning went well, and after some test runs I had the SSD running everything my former HDD was doing. It is not faster that I can notice, but having swapped out the drives in a few hours with no major problems is the best result I have had to date. There are some minor negatives. The price was the highest of 4 SSDs that offered a 4TB capacity. These are quite new, and 2 SSDs were using low quality components to get lower price points with lower warranties. My 5TB HDD was rather full, so I had to trim some programs/files. Currently I have 80% of the 3.5TB formatted capacity filled. If I want to install new games I will have to decide what to uninstall or risk early drive failure. The suggested SSD optimized Seagate Tools utility software does not work. That was annoying. I am using the generic Seatools utility, and third party software, to monitor the SSD. I can not change the SSD configuration, or update the firmware currently. I am hopeful that an update might fix this in the future. Overall I am quite happy with the Seagate Ironwolf 110 3.84TB SSD. I hope that it lasts as long as the technical data sheet suggests. I would suggest this product for someone that wants an SSD with more storage on a single drive.

1 out of 4 people found this review helpful. Did you?