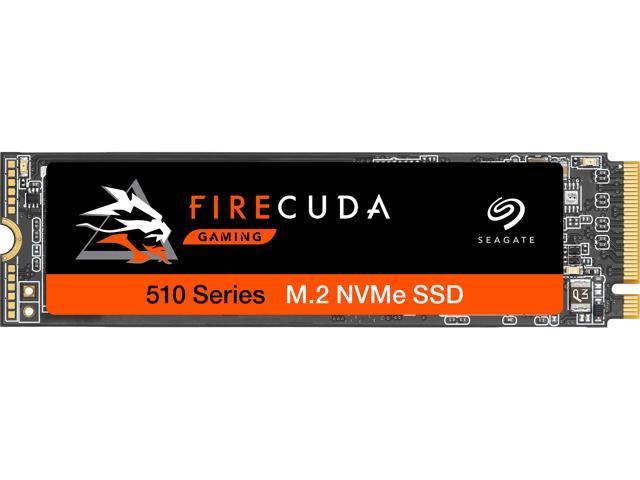 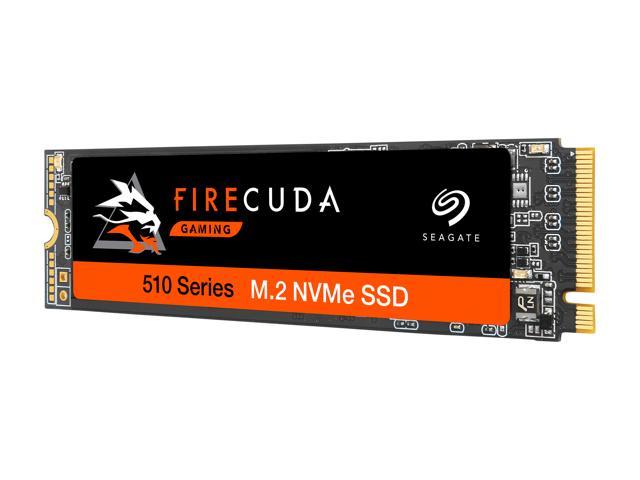 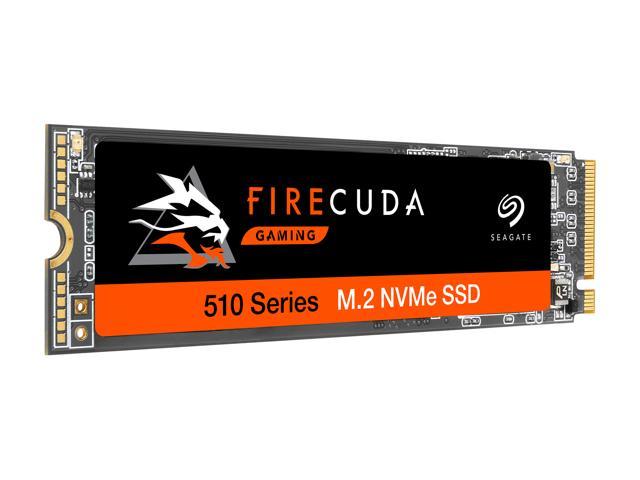 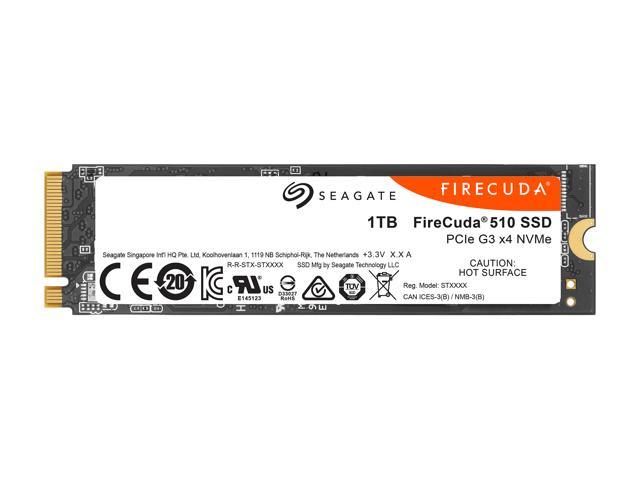 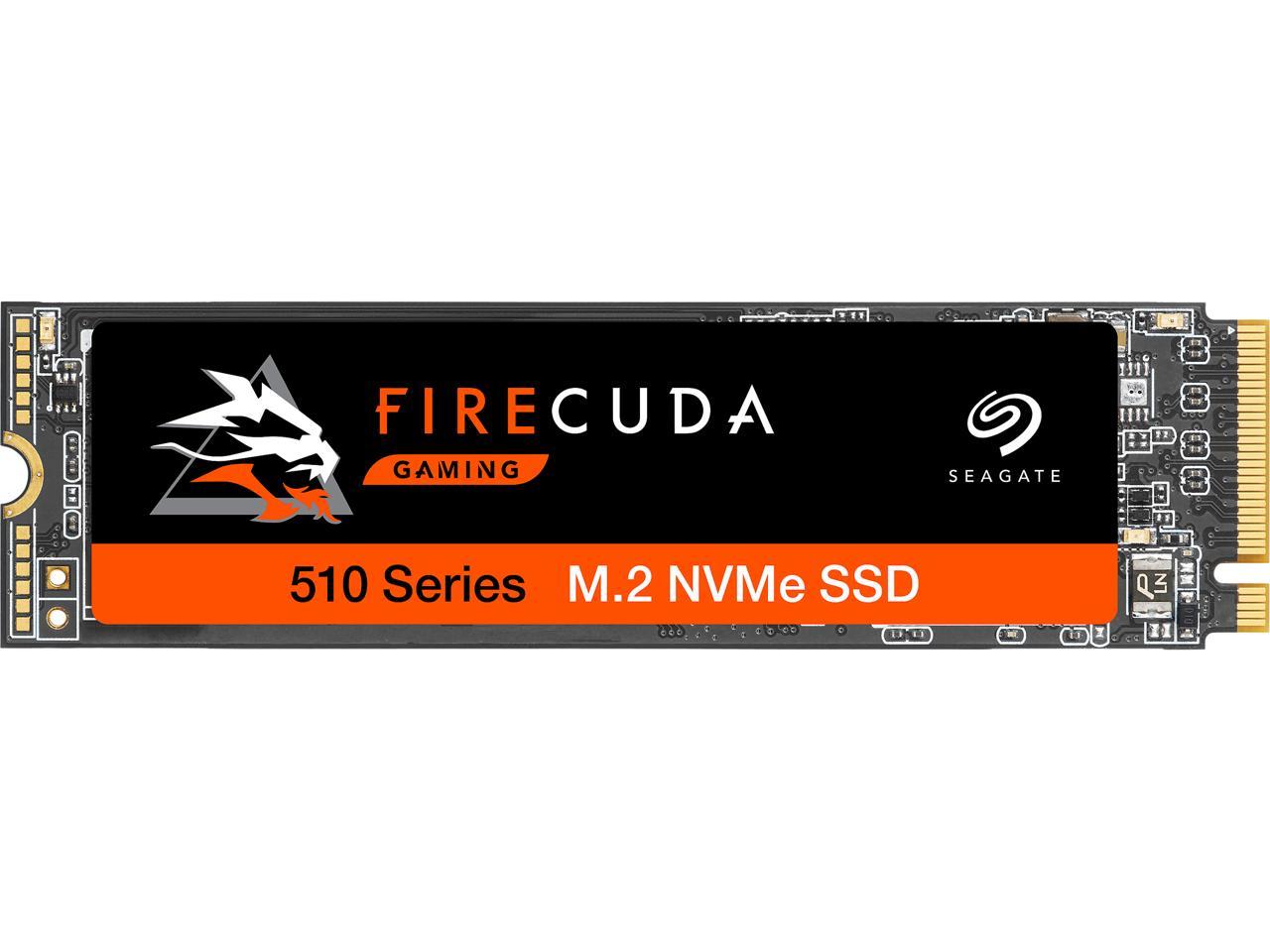 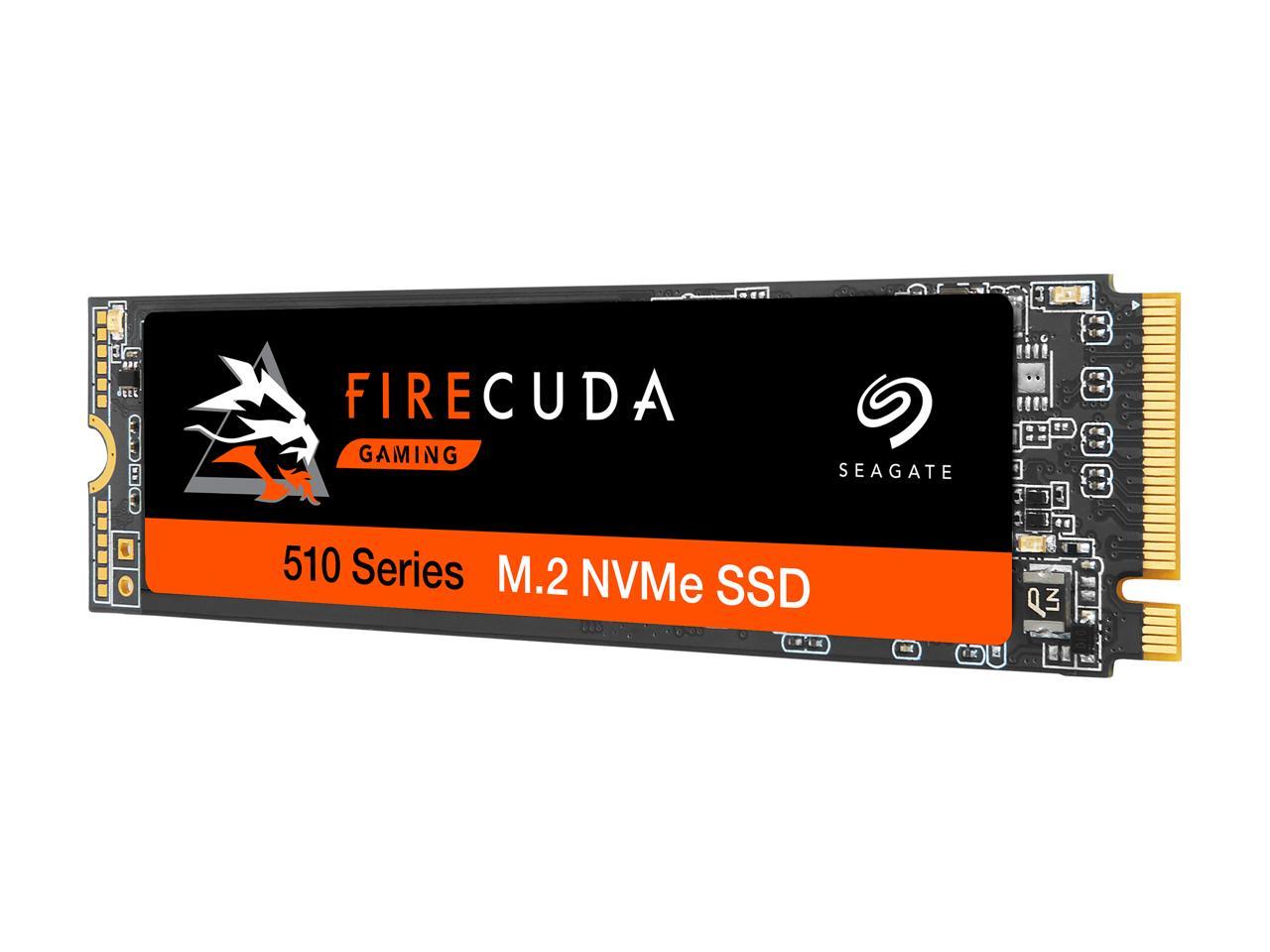 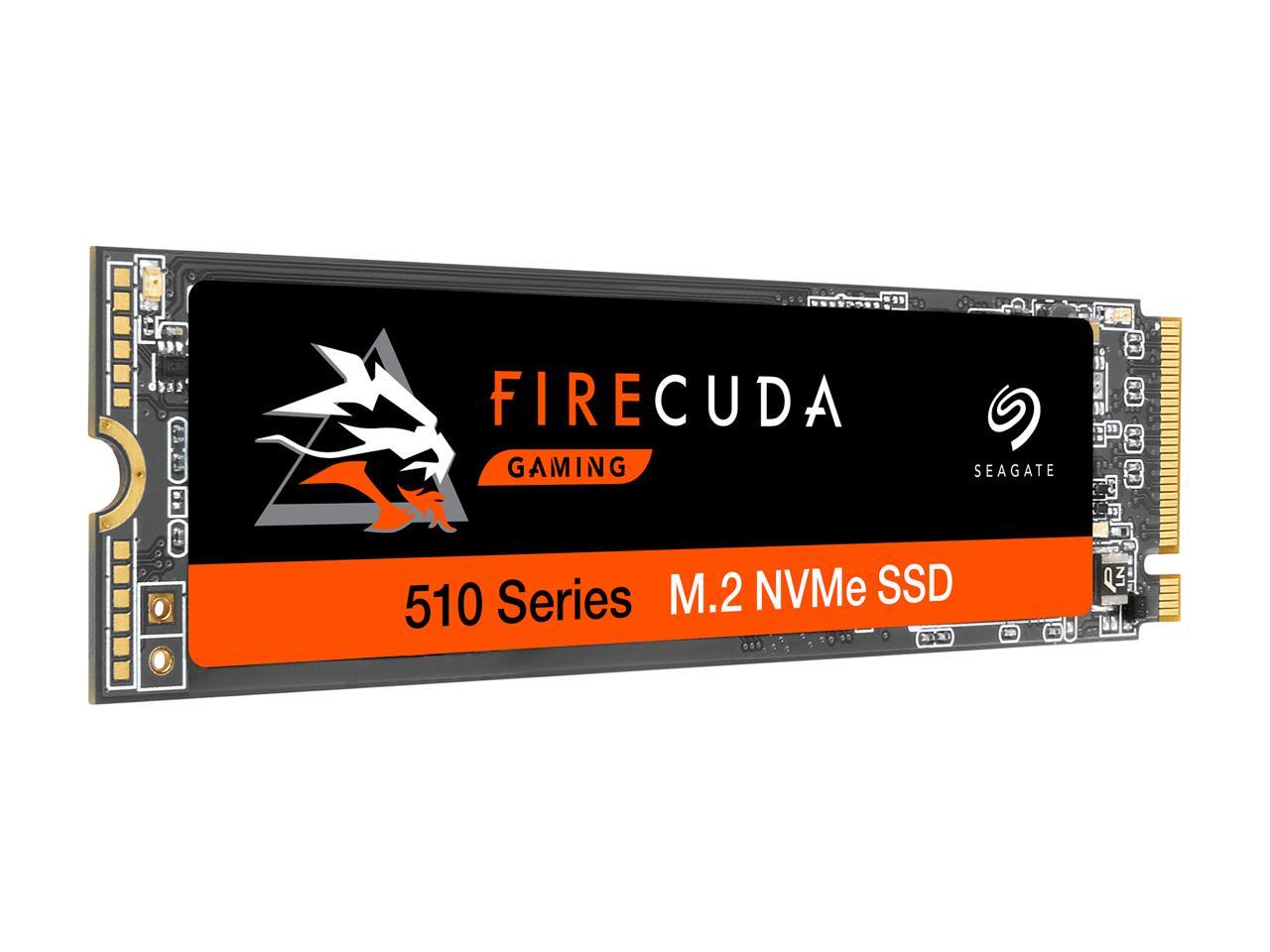 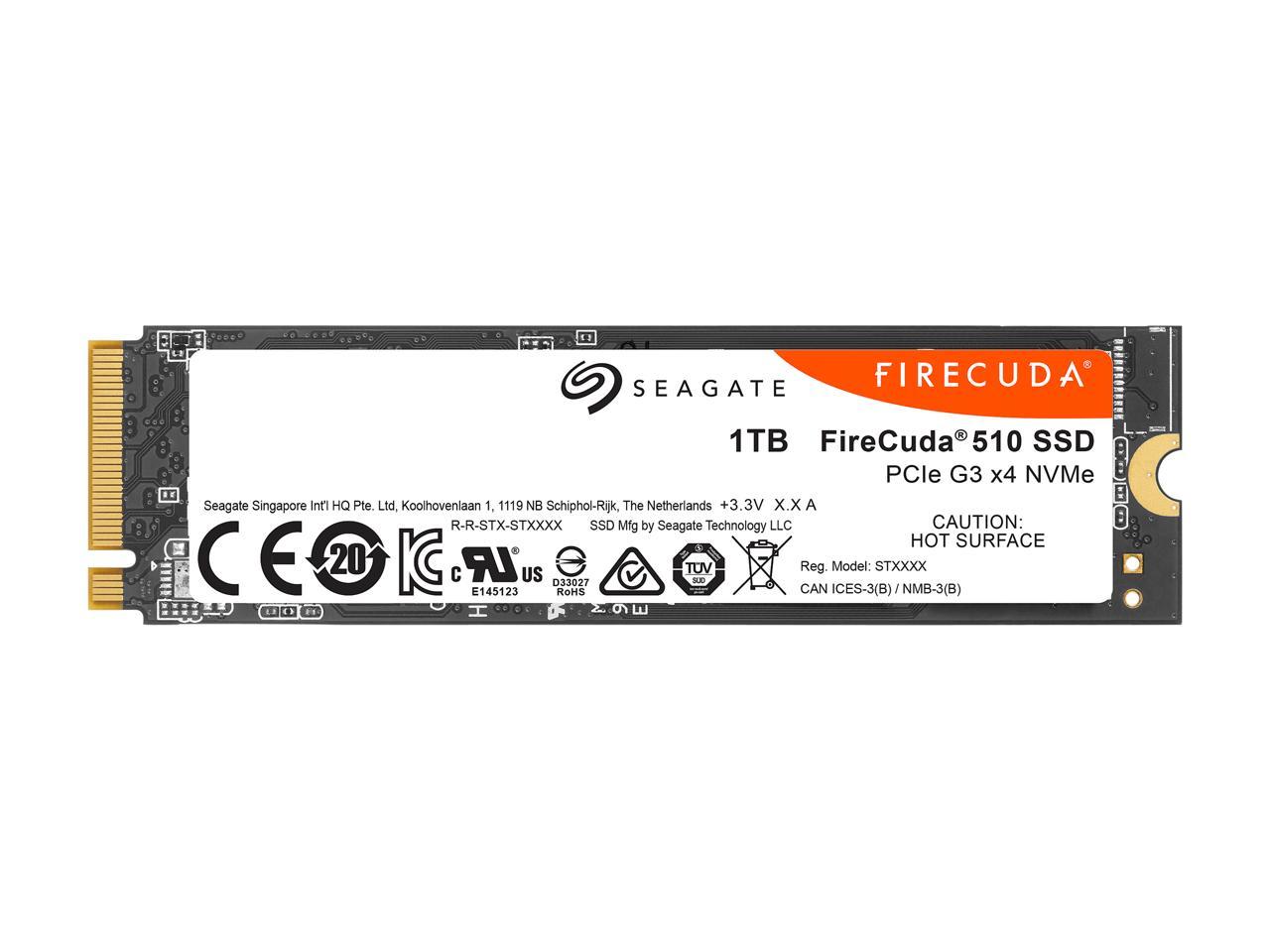 Cons: The price tag is very high when compared to other 1TB models from other manufacturers. You can pick up an M.2 around $100 with 1TB of storage that has very similar advertised specs. With this price tag of $199 some people may want to consider another brand for 2TB of storage as there are many just over the $200 mark.

Overall Review: It is a great drive and I am very happy it meets the specs advertised and it beat the performance of my Corsair MP510. Just not sure that slight extra speed is worth the less available space. My fear is the price point may be a bit too high. I took 1 egg off simply because the price point is off against competitors.

Cons: I can find none

Overall Review: I normally go into transfer speeds r/w speeds but david posted similar to my results and I will say on my system they met all claimed. My system is based upon an I5-9600k at stock settings with RX-590 and 16g ram. I use only ssd's and 2 NVMe's So to the meat since about all systems boot fast now I will focus on gaming and specifically on large load games and for the two I chose Borderlands and Ghost Recon due to their load times. On both games loading and zoning on borderlands to times vs a standard ssd were as much as 30% faster than my ssd's and this one even beat my other NVMe by about 10% which I tested and retested even though very similar speeds and possibly that is due to newer design? If you are coming from a standard hd the difference is incredible and I know this from memories of when I swapped to ssd's from platter's. For gaming and loading large games these just make things so much better and will continue to make the wait much less stressful. My ssd's are from various years and So that is why my comment of as much as--- but rest assured there is a difference and on a few games like Far cry 5 I noticed a smoother game play and still wondered if it was in my mind so I had someone else try off each and they said they felt the same way and I had not told them which was which but we showed no difference in frame rates. If you are craving that little bit extra out of your system at a good price point I would suggest you take these into serious consideration and if need be buy an adapter.

6 out of 7 people found this review helpful. Did you?
David K.

Cons: I have been thoroughly impressed with the performance of this SSD. Considering it's performance, this drive is at an extremely competitive price point, making it perfect for a gaming PC. Although, at this time, M.2 SSDs aren't really a budget friendly option for the average PC gamer. Putting them out of reach for the average PC builder who is more concerned with maximizing their frames per second, with system responsiveness taking a back seat. M.2 SSDs are typically not very high in capacity, making them less than ideal as the sole data drive for the modern gaming PC. With many recent games exceeding 100 GB each, it limits the number of games you can have installed at any one time. Skip the rest of the cons section if you're not interested in a story about troubleshooting my SSD install problems. When I installed this drive I did run into a bit of trouble, although it's primarily a problem with Windows. When I first started testing, I just wanted to install this drive as a secondary data drive. My system specs: i9 9900K @ 5.4 GHz 32 GB DDR4 4000 MHz SLI RTX 2080 Ti Z390 Dark Windows 10 My mother board has two accessible M.2 slots between PCI-E slots 1 and 2. It also has two U.2 slots that share bandwidth with one of those slots if they're populated. With a Z series mother board and a standard i7 or i9 CPU, you're limited to 16 PCI-e lanes from the CPU. Since I'm running SLI I can't afford to lose any PCI-e lanes or SLI won't work. This Fire Cuda M.2 SSD operates natively on a PCI-e 3.0 x4 interface. I already had one of my M.2 slots populated, so I wasn't sure how the board would react when I installed another M.2 SSD. I was worried the chipset of my Z390 wouldn't have any additional PCI-e lanes available and would draw from the CPU. Looking back, that would be a major design flaw, but I seem to recall that's how some older Z series boards worked. If more mother boards would make use of a PLX chip, PCI-e lanes wouldn't be an issue anymore. My previous board, the z270x Gaming 9 had a PLX chip and it was awesome. SLI at x16/x16 and enough PCI-e lanes for all the available M.2 slots. So I installed the new M.2 SSD and booted up. In BIOS, everything was showing perfect. PCI-e x16 slots 1 and 2 both still at x8 3.0 speed and it sees the new SSD. But when I booted to Windows, SLI wasn't working, it was seeing one of my graphics cards as x8 at 1.1 gen speed and it's not showing my new SSD. Well, it turns out I didn't seat my SLI bridge tightly enough, that's why SLI wasn't working. And I had to go into Disc Management, where the drive was listed as Not Initialized. So I had to initialize the drive, assign it a letter, format it and create a partition on it before Windows would list it as available to use. I'm not surprised it needed to be formatted, that's pretty much standard procedure. But not even showing the drive as being available, just because it wasn't formatted is something that's new to Windows 10. Previous versions of Windows would show the drive immediately and ask if I wanted to format it if I tried to use it. Windows 10 has changed so much since launch, that some troubleshooting guides aren't entirely accurate anymore. Meaning that solving this problem was a bit time consuming. However that is the most important tool in any PC builders arsenal, the ability to troubleshoot.

Overall Review: With the extremely impressive write speeds of this Fire Cuda SSD, it makes it absolutely perfect for the content creator who wants to capture high resolution gaming at the native quality and frame rate. I was an early adopter of 4K. As soon as the first reasonably priced 4K monitor was available in the US, I had it preordered. I wanted to post videos on YouTube of the incredible quality 4K gaming had to offer, but at that time there was one major limiting factor, the data write speed of my hard drive. I had one of the fastest hard drives money could buy at that time and it wasn't even close to fast enough. So I upgraded to RAID 0 SSDs and they still weren't fast enough for native 4K at 60 fps. With the blazing fast write speeds of this SSD, it won't have any trouble with that whatsoever. The primary benefit of any quality M.2 SSD is system responsiveness. The days of sitting and waiting for your system to boot up are over. With this M.2 SSD, your system is ready to go as fast as it can turn on and there's no waiting, ever. Well, there are still some things that will make you wait a bit, but it won't be because your storage drive is a major bottleneck like it was in the days of mechanical hard drives. For the performance it offers, the price point of this drive is absolutely excellent. Just two years ago, when I bought my 960 Evo, it cost double what this drive is selling for at the time of this review. The Seagate 510 series Fire Cuda M.2 SSD is faster than many drives that are much more expensive. At this time, this drive can hang with the best of M.2 SSDs available. I really don't have anything negative to say about this drive specifically. It comes with a 5 year warranty. I typically don't keep many PC components that long as I tend to upgrade every 2 years. That's still an excellent warranty for any SSD and gives the buyer peace of mind. The Seagate 510 Series Fire Cuda M.2 NVMe SSD exceeded all of my expectations, 5 Eggs, very highly recommended.

Cons: None really. It was a little expensive before PCIE Gen4 came out. Now it's cheaper.

Overall Review: If you run a hard drive read/write benchmark this will live up to the specs. In practice however it seems slower for various tasks, probably based on real world bottlenecks. If you want to copy from one drive to another, the slower drive speed takes priority so this thing could be lightning fast and it wouldn't matter. Games load quickly, but tech reviewers show that most NVMe drives don't get utilized very well by games in 2019. Maybe that will change, but for the time being these are just convenient due to form factor and lack of cabling.

Overall Review: this thing is fast i put my OS on here and my pc takes no longer than 15-30 second to go from Psu off to me being able to start up my discord lol when i boot up

Cons: TLDR; Overcomplicated setup for some motherboards. Really annoying to get working on some motherboards. Used this to upgrade an MSI GL73 and there were a number of rather arcane steps required to even get the motherboard to recognize the SSD as a hard drive, ultimately I also had to physically disconnect my old mechanical drive to get a windows install OR a fresh linux install onto the new drive so I could then transfer my personal files from the old mechanical.

Overall Review: I would buy again, I would even recommend it, but if going through hours of troubleshooting isn't your thing, I'd avoid it with any mobo too old for native ryzen support.

Overall Review: Never going back to mechanical drives Again. This is upgrading a Kingston A1000 which was a bit faster than a SATA SSD, but slower than this drive by 3x. Definitely recommending this drive. Samsung Magician reports 3360/3144

Overall Review: I highly recommend this m.2 to all of my friends just on the performance it provides at the price point. I haven't had any issues with it so far to run my OS and a few select games. All in all I am impressed and will probably utilize this in the future.