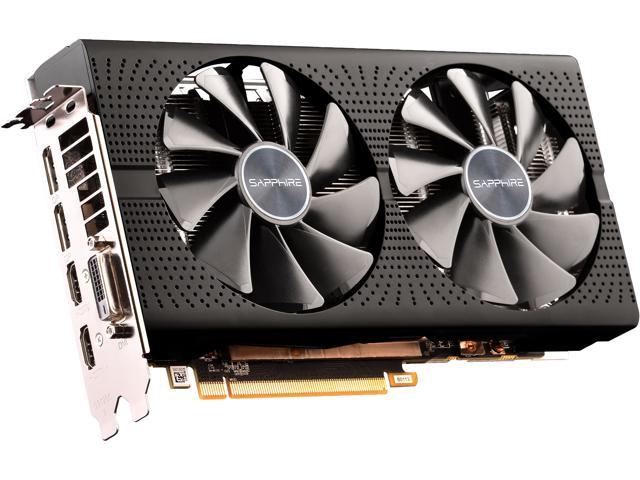 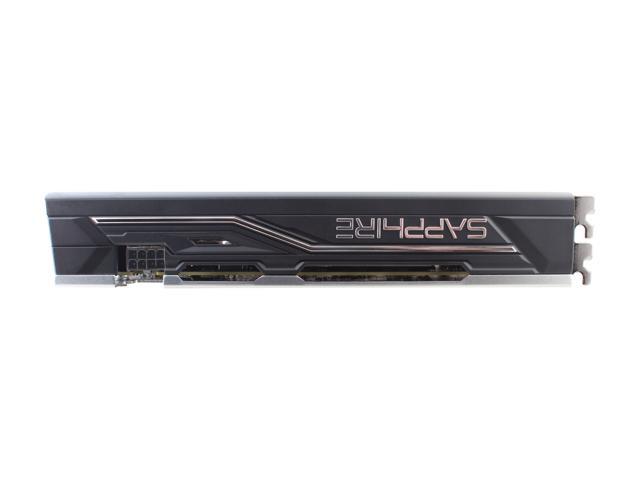 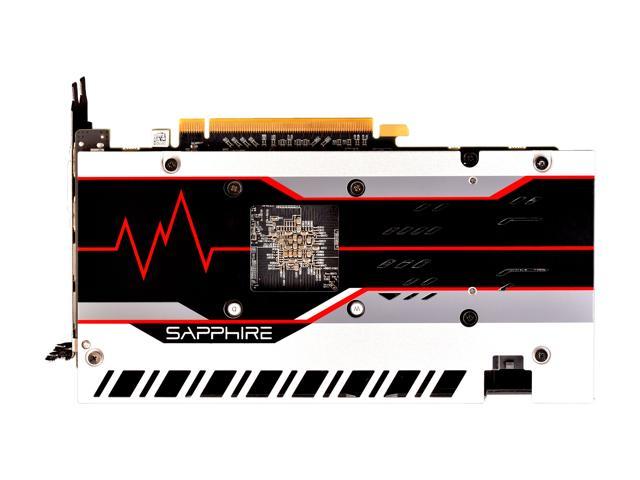 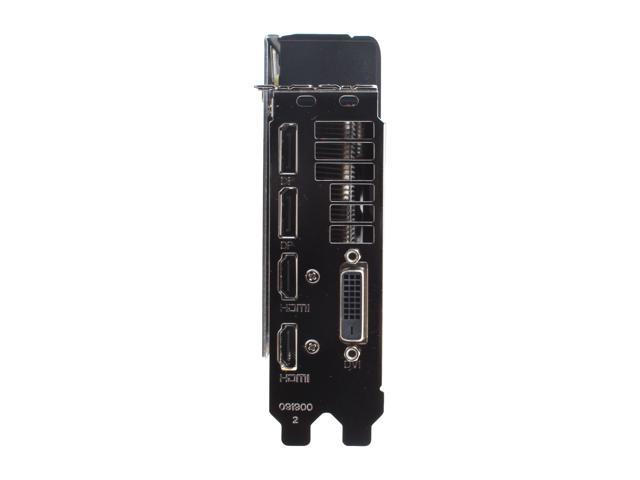 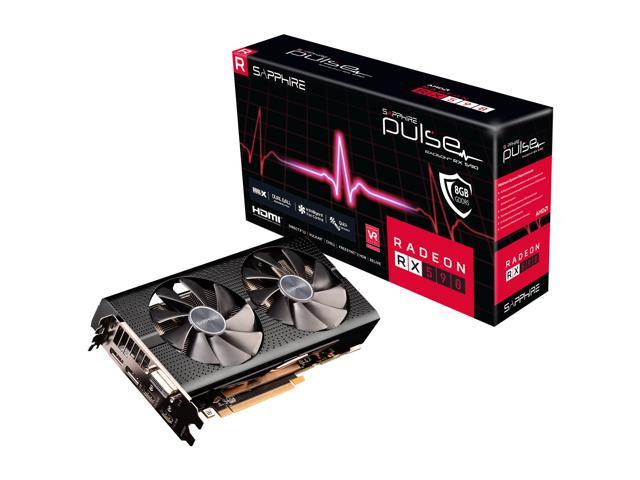 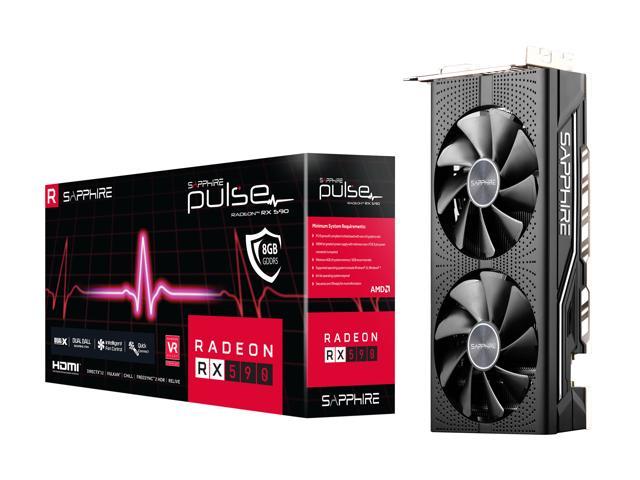 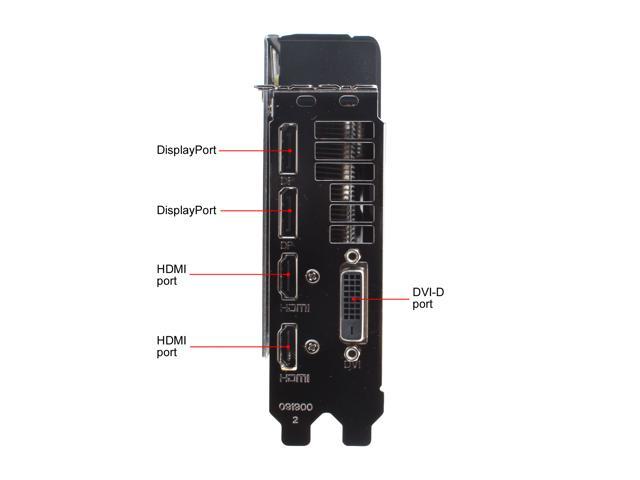 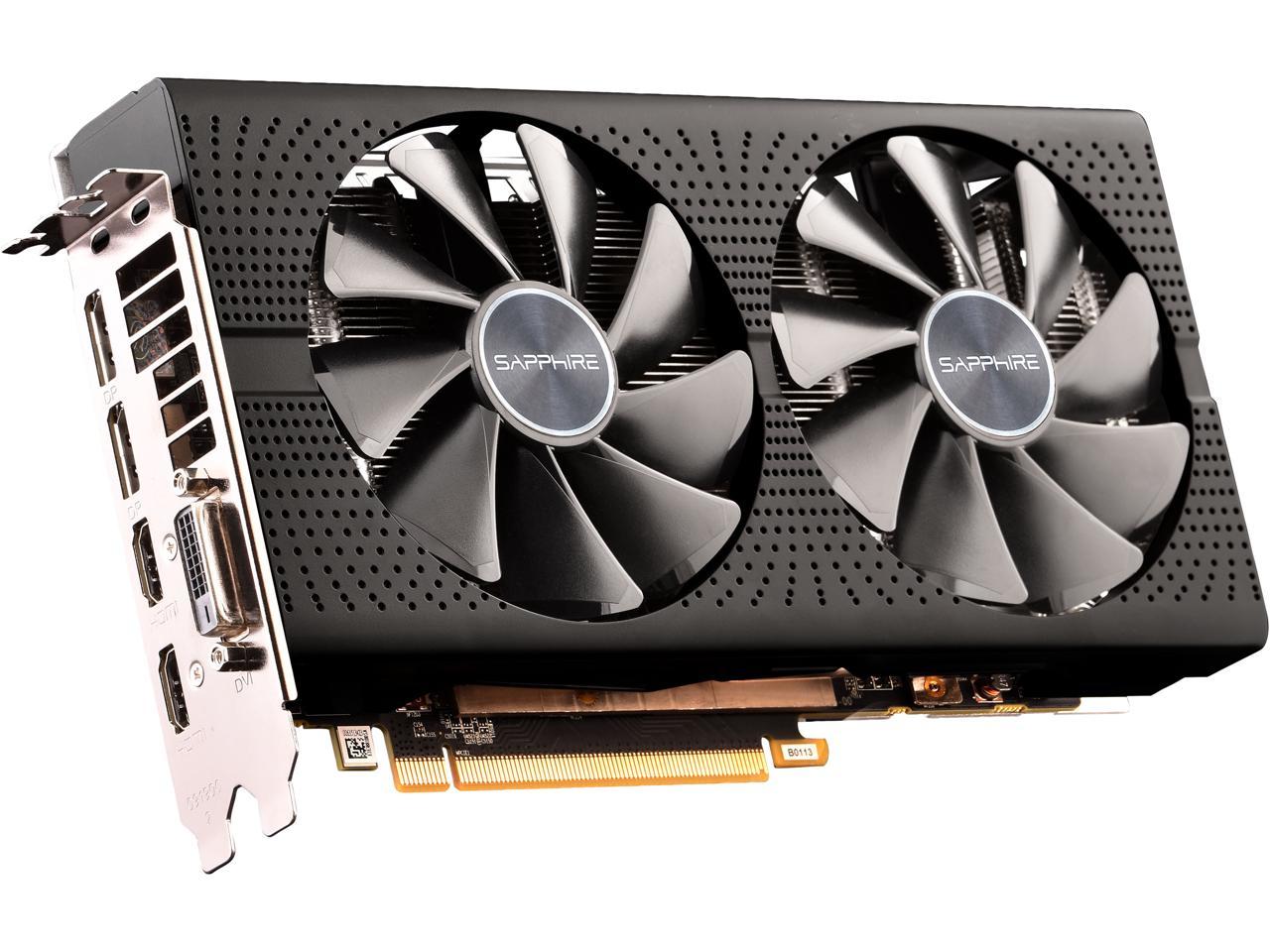 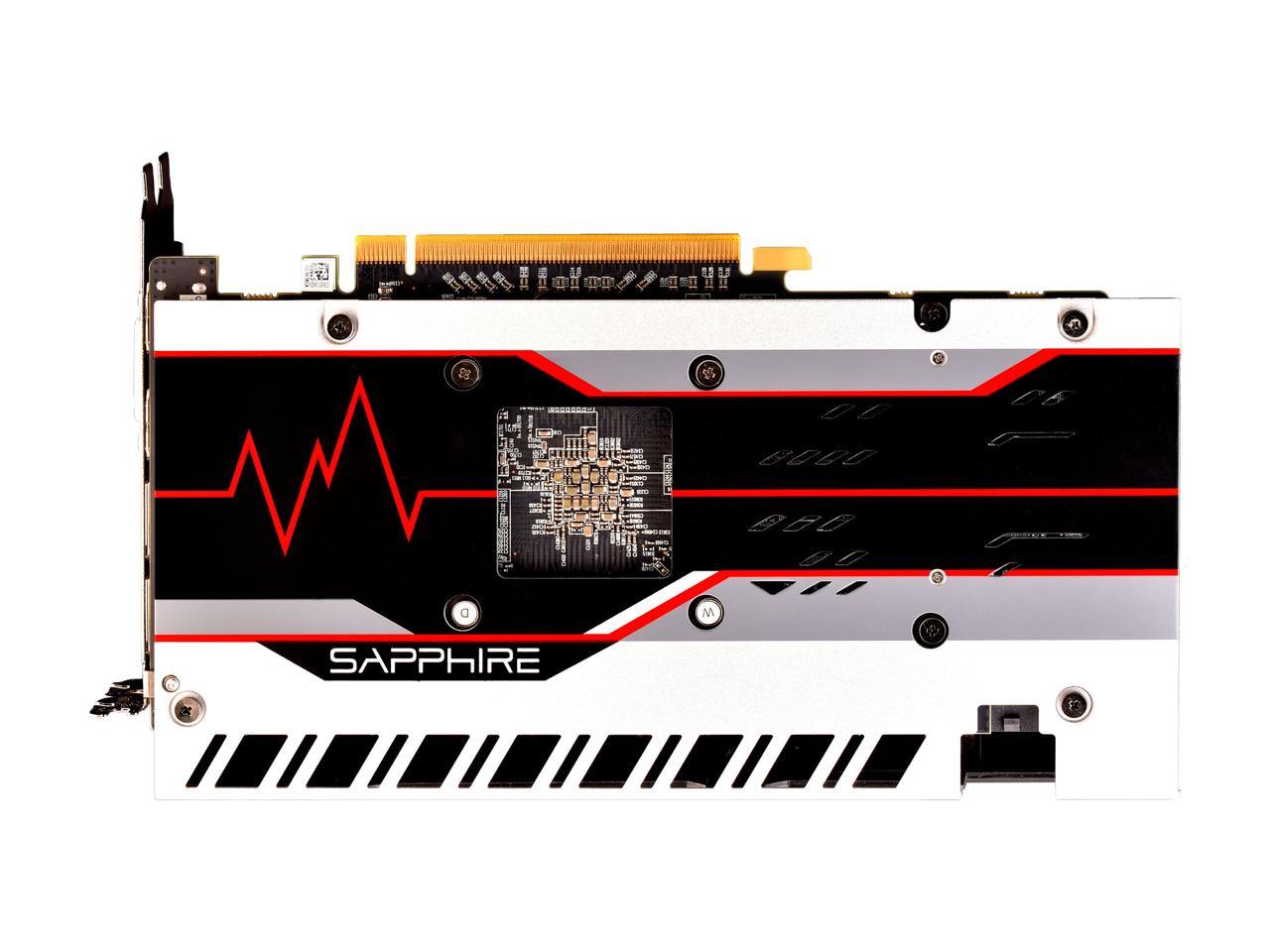 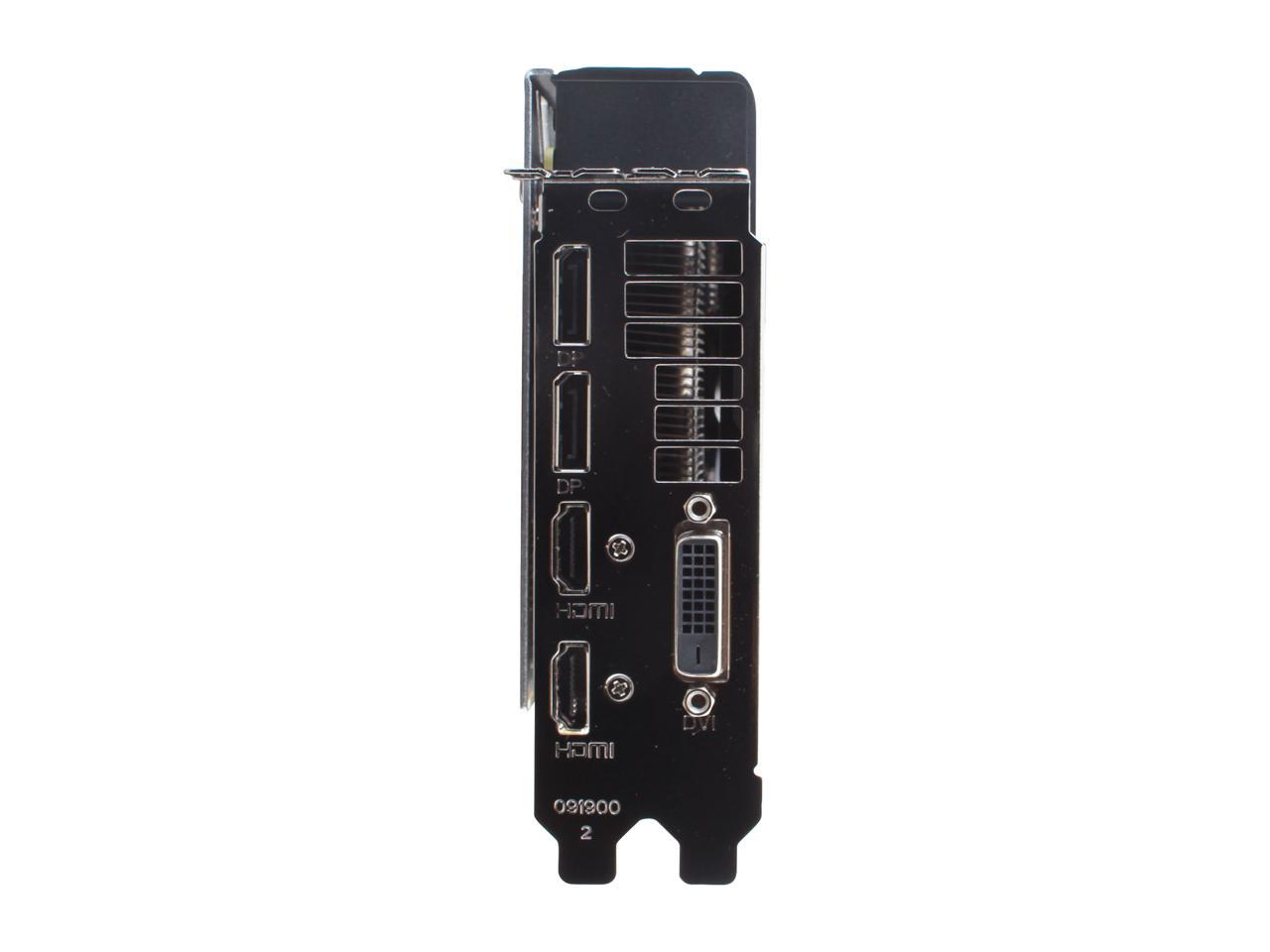 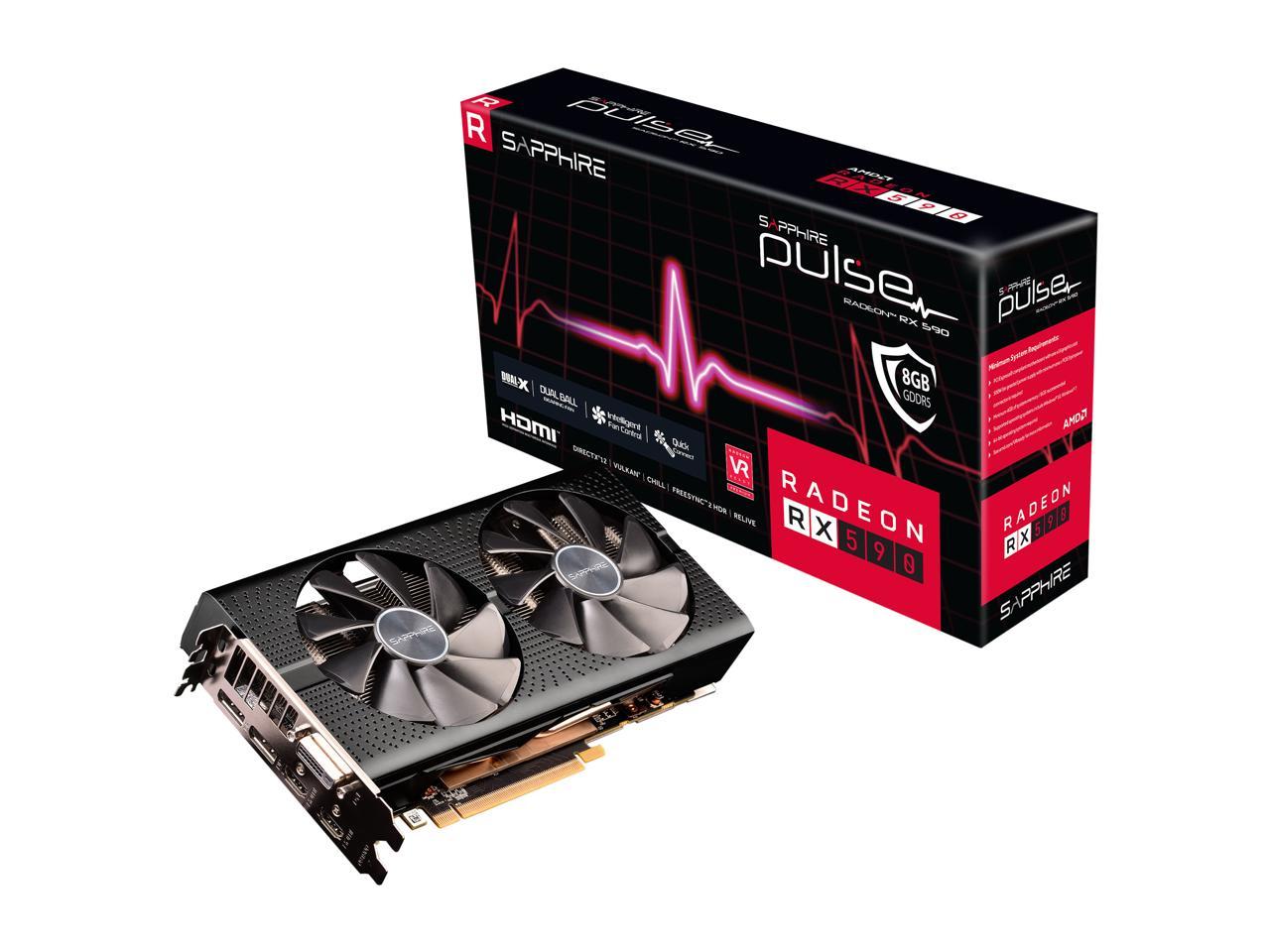 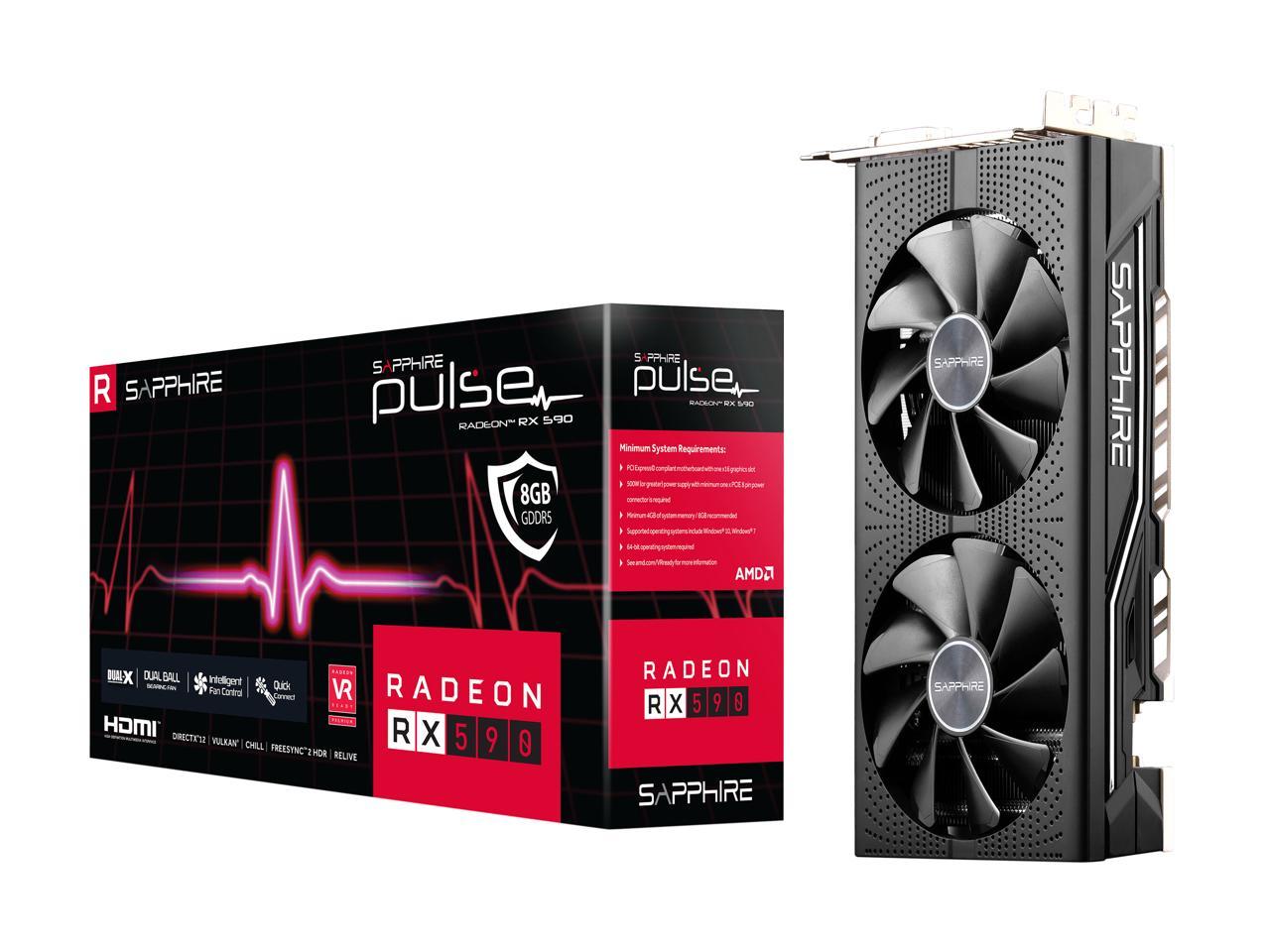 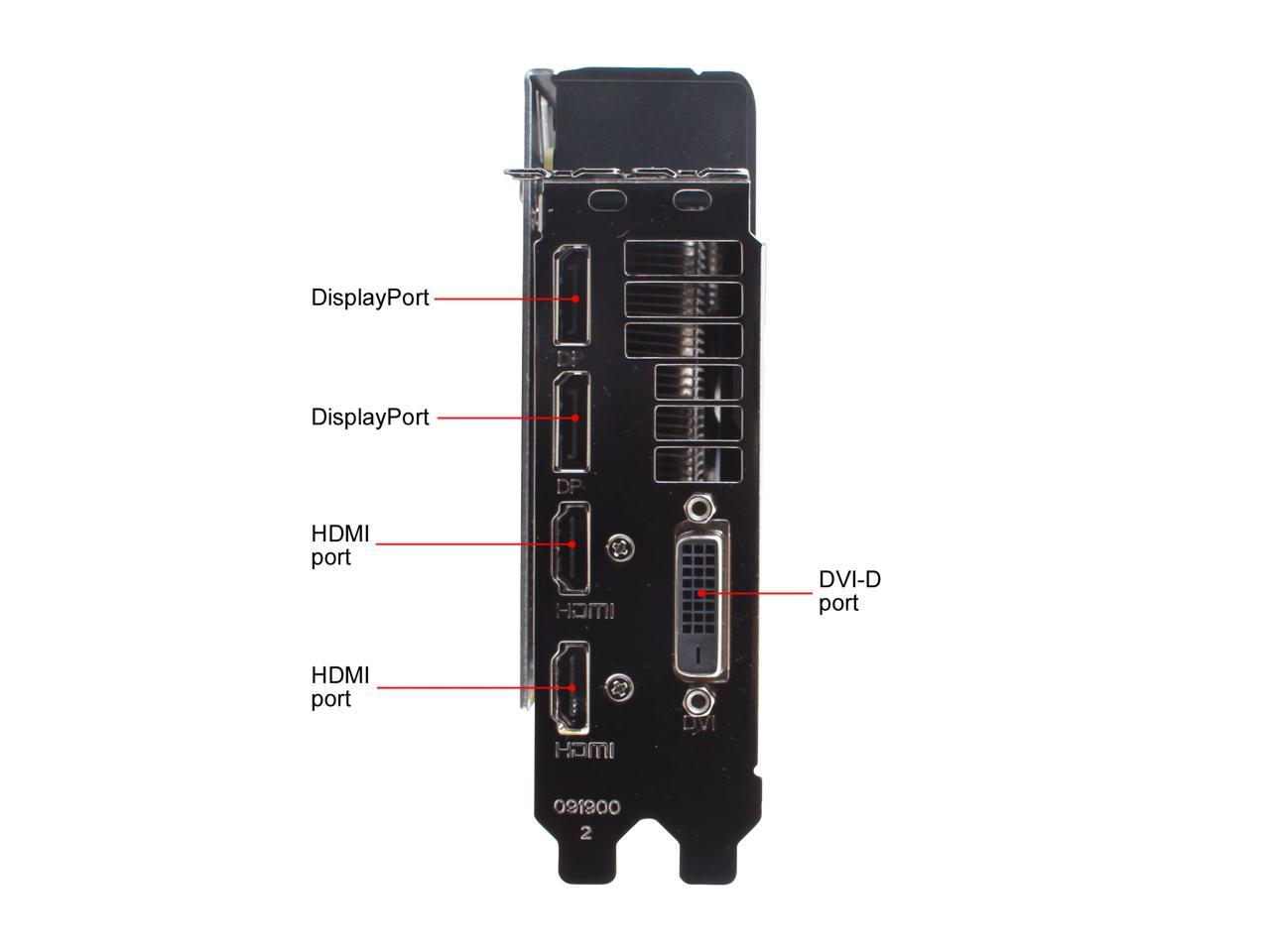 Based on AMD Polaris architecture and manufactured with 12nm process technology, the AMD Radeon RX 590 graphics card is specced with 2304 Stream processors, 8GB GDDR5 memory and 256-bit memory bus. A performance-class graphics card, the Radeon RX 590 empowers gamers who play anything from the latest MOBAs to the most popular AAA titles in Full HD and beyond, and also delivers the power to drive you into the next level of immersion of the world of VR gaming and entertainment.

The 4th generation of Graphics Core Next architecture is the modern, future-proof foundation of Polaris GPUs. It brings energy-saving solutions of Radeon Chill, native support for crucial next-generation API features and latest display technologies, like HDR and Radeon FreeSync 2.

Liquid-smooth gameplay, more accessible than ever before

AMD Radeon FreeSync technology puts an end to choppy gameplay and broken frames with fluid, artifact-free performance at virtually any framerate. Behold the next breakthrough in PC gaming performance.

Enjoy the silence! Under light workloads, the fans won’t spin at all. They restart when you fire up a new game. This ensures your GPU stays cool.

The all-aluminum backplate provides additional rigidity that guarantees nothing bends and dust stays out. It also helps cool your card by increasing heat dissipation.

With sleek, elegant contours and unique styling these cards have been designed to suit any build.

Pros: -FAST, not Titan or Vega fast obviously but for my purposes, it's awesome -Surprisingly quiet most of the time -Feels well-built (see below though)

Cons: -First one was defective but replacement seems solid -Size, not really suitable for mini-ITX

Overall Review: So I finally pulled the trigger to upgrade my Radeon R7 240 2Gb that I've had for quite a few years, and I landed with this Sapphire paired with a Ryzen 7 1700. Initially, I installed the Sapphire in my ITX case (Fractal Design Nano S), but that first card became really hot under load and wound up being defective. I was a little concerned by the lack of any significant clearance between this card's fans and the bottom-mounted PSU in that case. Not wanting to have the form factor affect my card's cooling, I switched to an mATX case (and board eventually, not related to the card though) so there is plenty of airflow across the card. Given the TDP of these Radeons coupled with their size, I just don't think they are suitable for ITX builds...in mini ITX cases. You'll probably want to go for something that runs cooler. Now in my mATX case on a mATX board, the card is a gem -- runs fairly cool and quiet, with the case fans giving off more noise than the GPU fans. I played XCom2 to test it out, maxed out the settings on 1980x1024, and it didn't bat an eye. I'll crank the resolution up to 4K. It's amazing the difference this card makes compared to the R7 -- it seriously looks like a new game. Win10 feels snappier, too, when just on the desktop. As for my comment about build quality, the card does seem solid, maybe because of the substantial shroud that Sapphire put over the fans. I was a little dismayed when I pulled out the replacement card that Newegg sent and saw that the bottom of the metal brackets was bent at a 30 degree angle from straight. While I was able to bend them back, it's not comforting to know that the metal is soft enough for that to happen and for me to bend it without any tools! Hopefully I won't be touching the card again anytime soon. I'll also say that the RMA process was fairly easy, if slightly frustrating. I had to send the card back UPS Ground, shipping paid by Newegg, but it went back to California and not the New Jersey warehouse where the card originated. That meant waiting nearly a week for the truck to motor across country from Maryland, but once it arrived, the replacement was approved immediately, with the new card reaching me two days later. Thankfully I had my old card to keep the system running. Since I had a defective card and am not convinced that the build quality is as good as it should be, I took a star from the review. Bad cards happen, I understand, and performance-wise, I couldn't be happier.

Pros: Really good value, I'm able to play the games I wanted (Witcher 3, Ark, Fortnite, Apex, Satisfactory, etc.) at 1080p on Ultra settings at close to 60 FPS at all times (Ark wasn't at 60 FPS on Epic). It came with the division 2, world war z, and resident evil 2 which made it a good deal.

Cons: I recommend using the AMD Wattman tool to turn up the fan to 100% to ensure the fan doesn't make a "whirring" noise. One of the fans on the first GPU I bought was noticeably louder than the other fan so I returned it.

Pros: Based on Passmark's benchmarks, this card is more than twice as fast as the Radeon RX 560 I put in her old PC in May 2018. Her game of choice is Overwatch, and she can definitely feel the speed difference, even at a higher graphics setting for the game. Despite the higher performance level, this card only needed 1 8-pin PCIe power connection.

Overall Review: This card was purchased for the build of my daughter's new PC for college. Hopefully, it will last for the years she is there without having to upgrade it.

Overall Review: Everything about the card is great except the stock fan curve, if you can even call it a curve. Setting it to auto sets the fans to around 20%, and they will hover around 20% for pretty much... forever. It will easily hit 80c under load and the fans just keep sitting at 20%. Set up a proper fan curve and the temps will quickly drop to the mid 60s under load.

Cons: DVI-D does not take the standard vga adapter used with DVI-I. This is not the manufacturers fault, but a con none the less.

Overall Review: The video card has been running very steady and the fans have not even come on yet. The temps are under 50C. I have not really pushed the card for anything yet so I can not address stress test issues.

Pros: It's a decent card for the price. It perdorms very well and runs most of my games at high if not maxed out.

Overall Review: The only thing that is honestly bad about the card is the terrible fan curve it comes with. If you know how to change those settings, then the card is a good deal.

Overall Review: if ur on a budget, and need a great gpu, this works. You do need some decent cooling however.