Feel 100% satisfied with your purchase -- with no restocking fees & no return shipping costs* within 30 days of delivery. Learn More
This item is currently out of stock and it may or may not be restocked.
Out of Stock
Add To ListFound on 49 wish lists 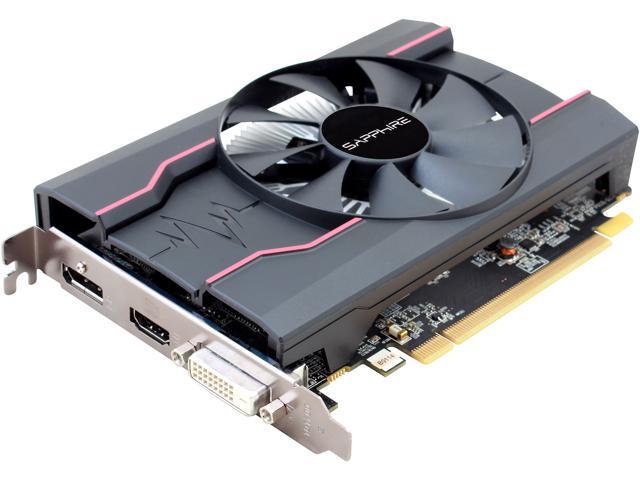 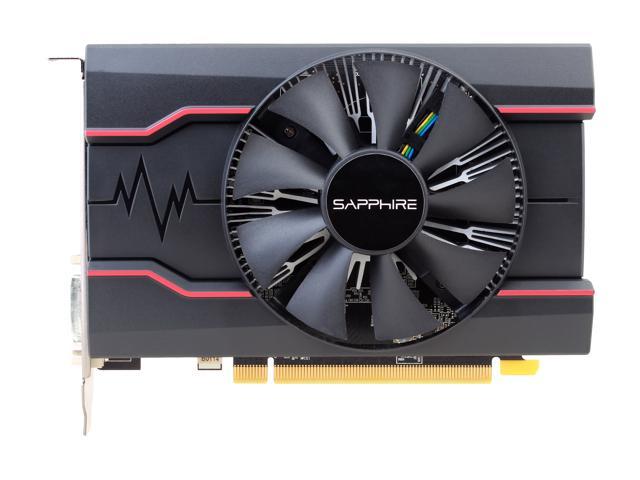 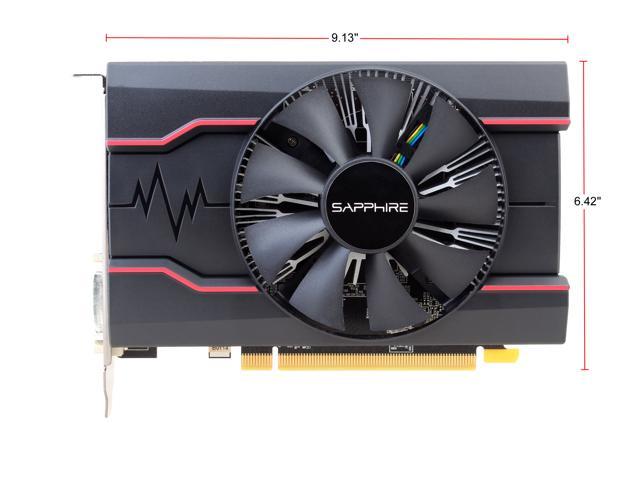 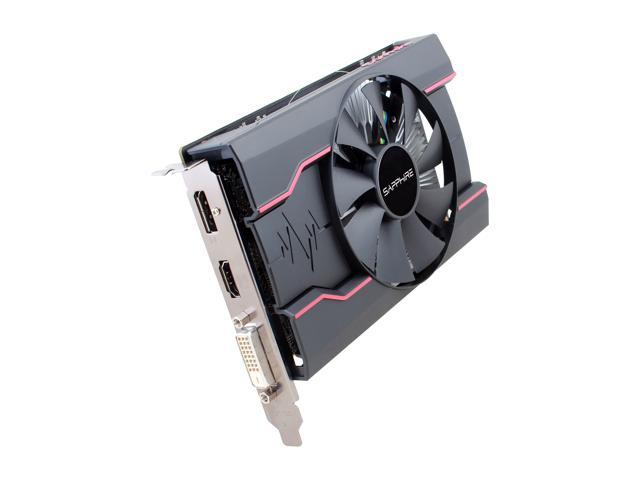 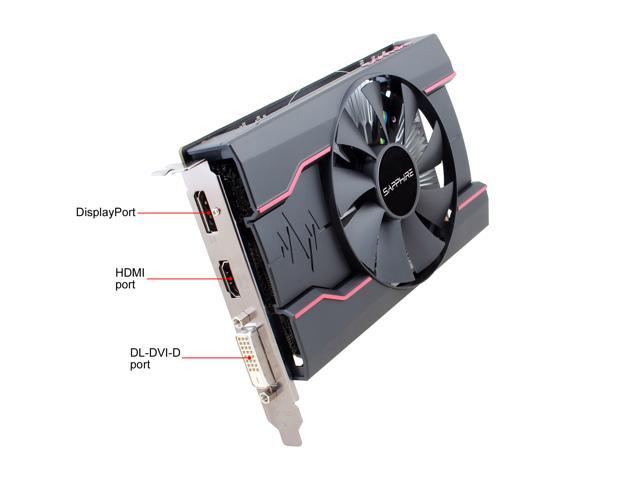 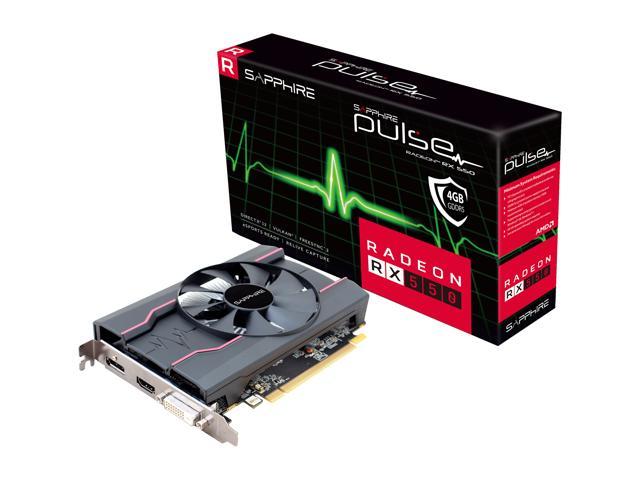 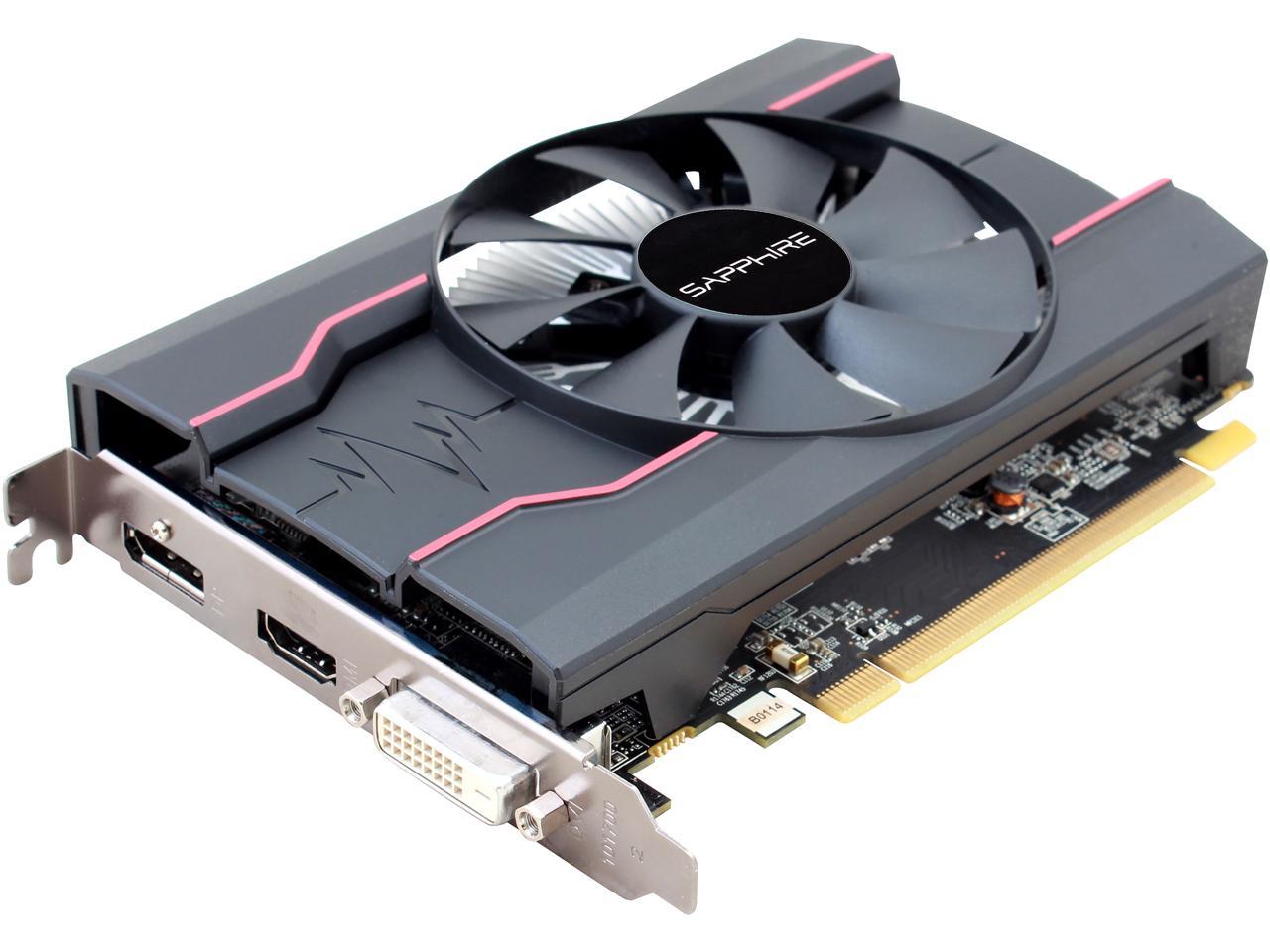 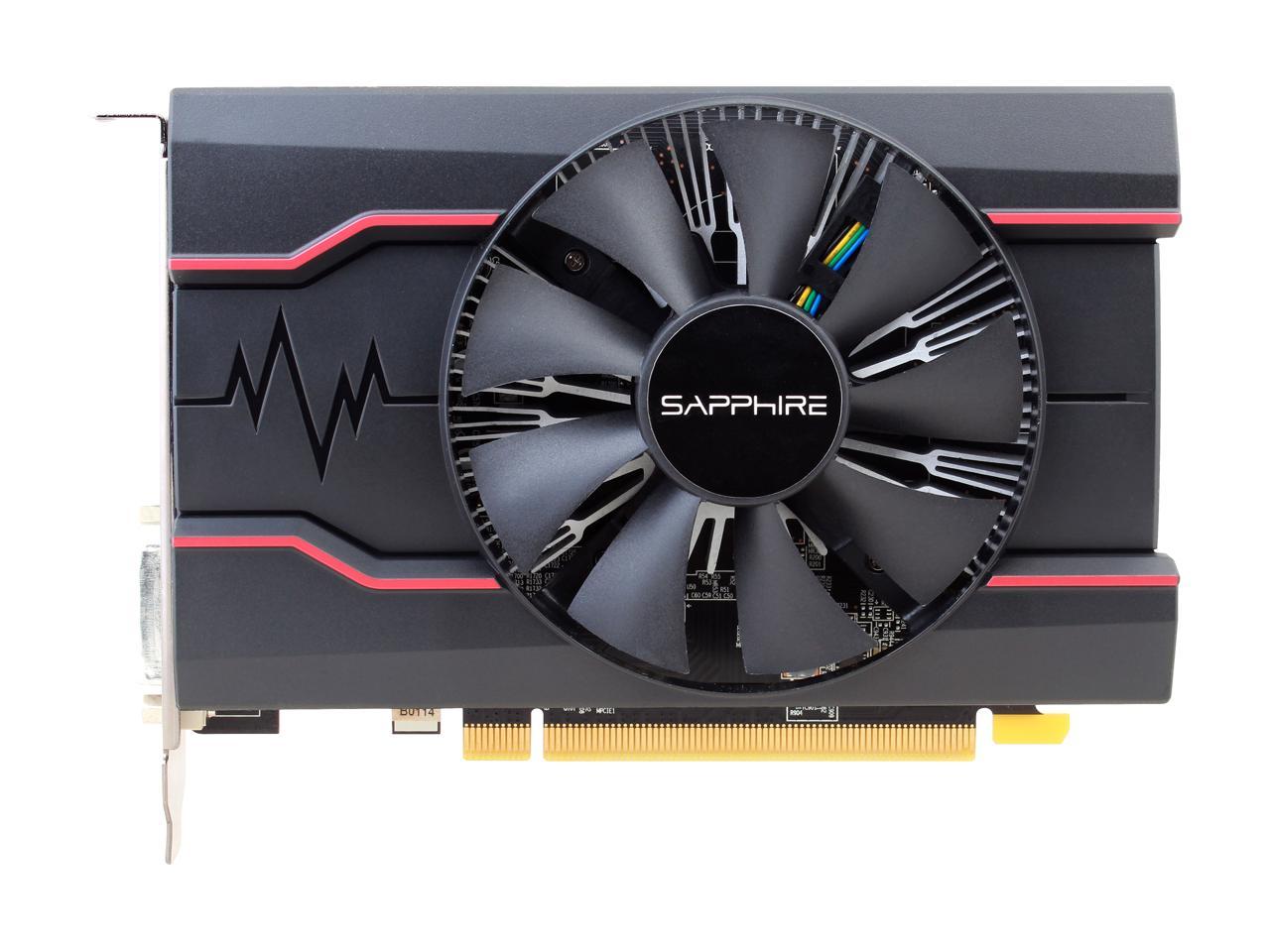 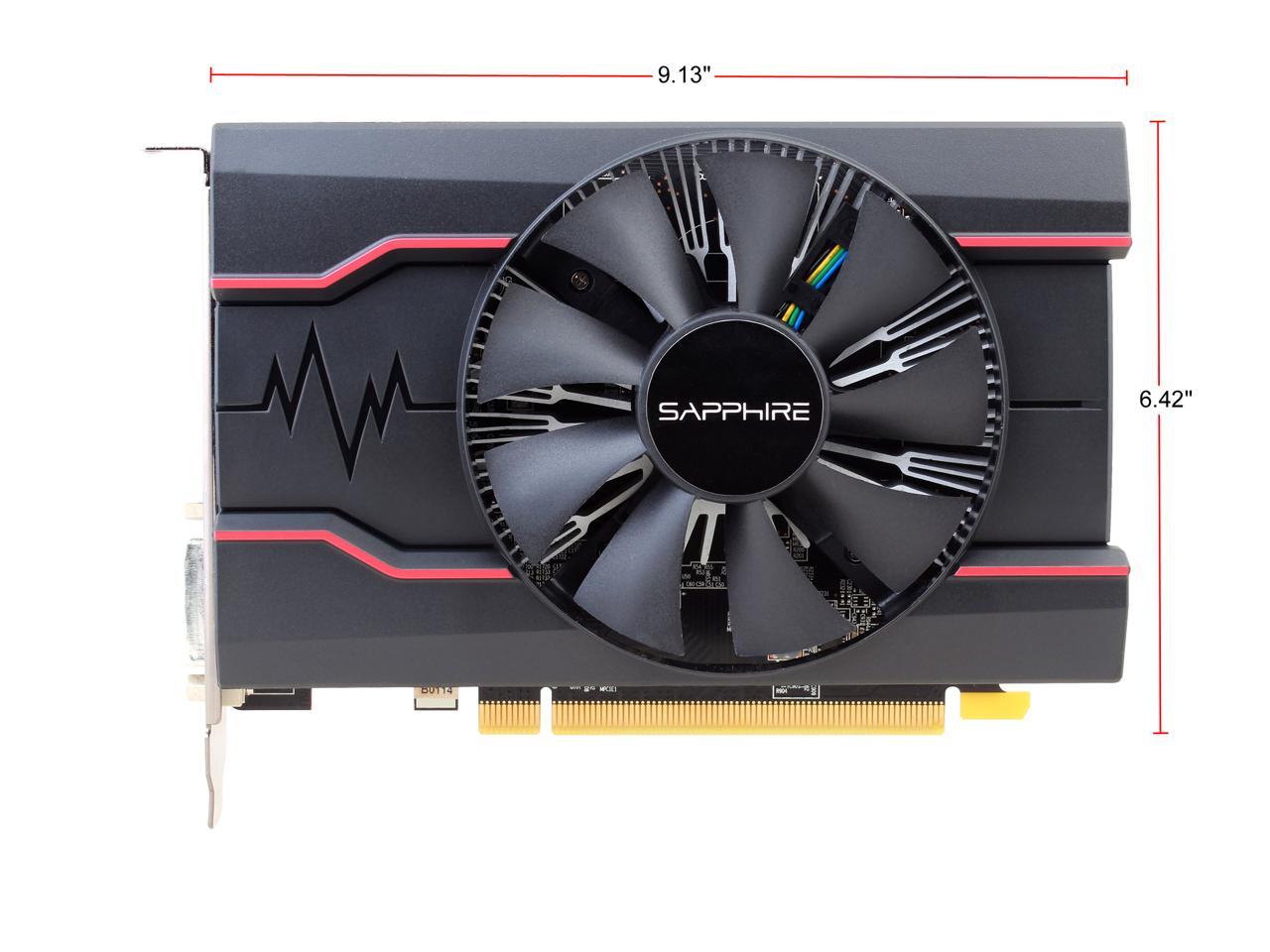 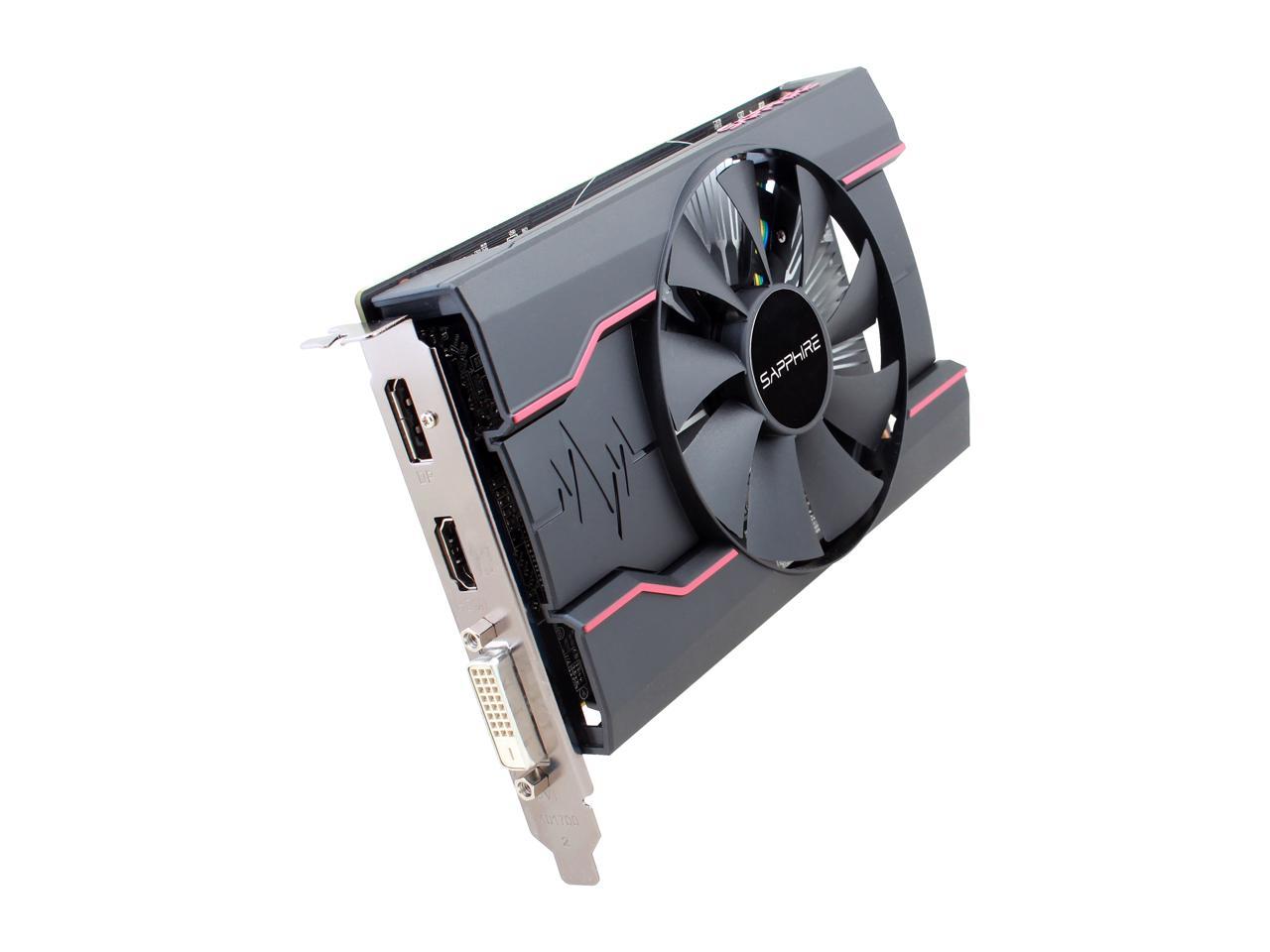 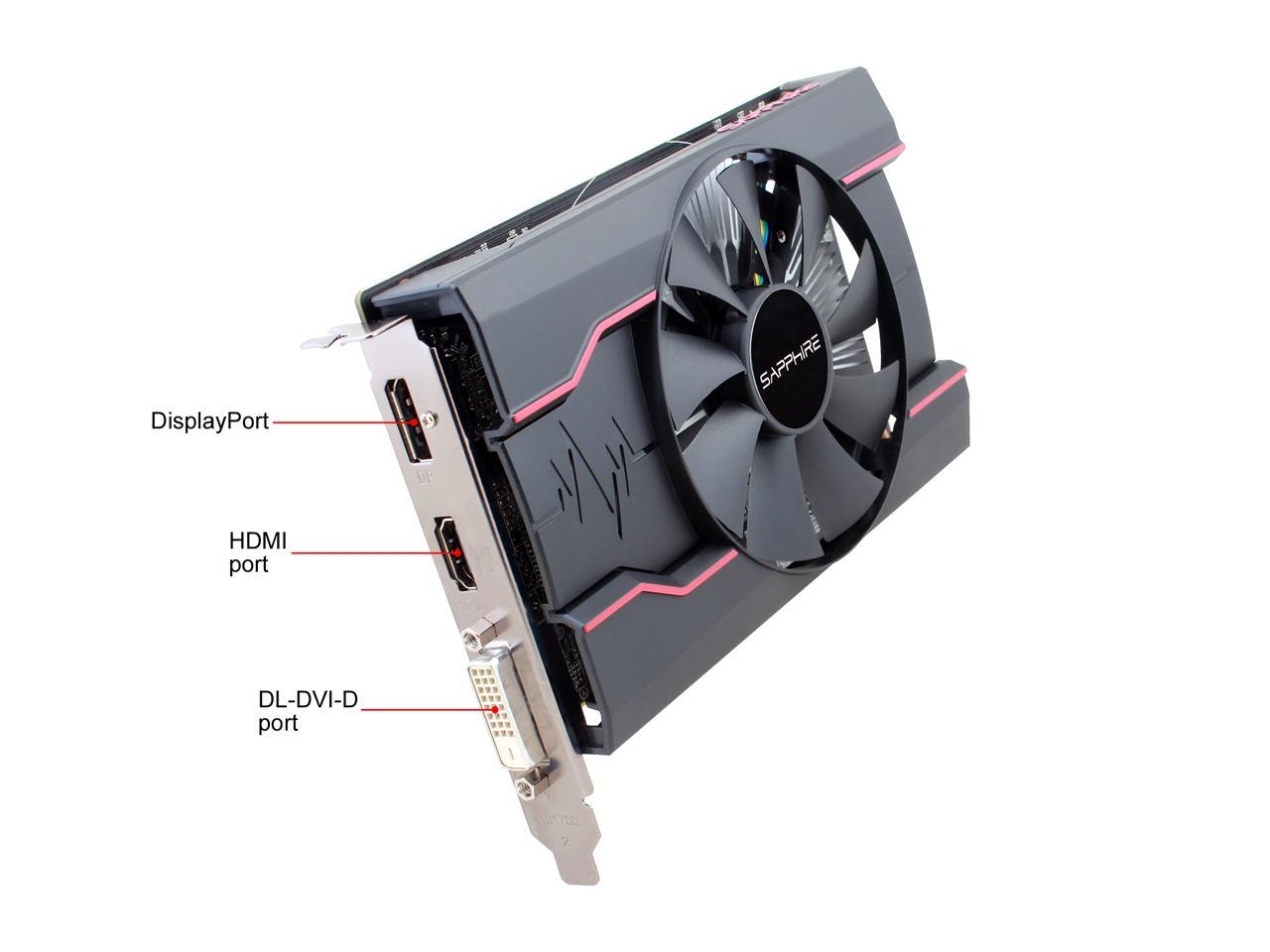 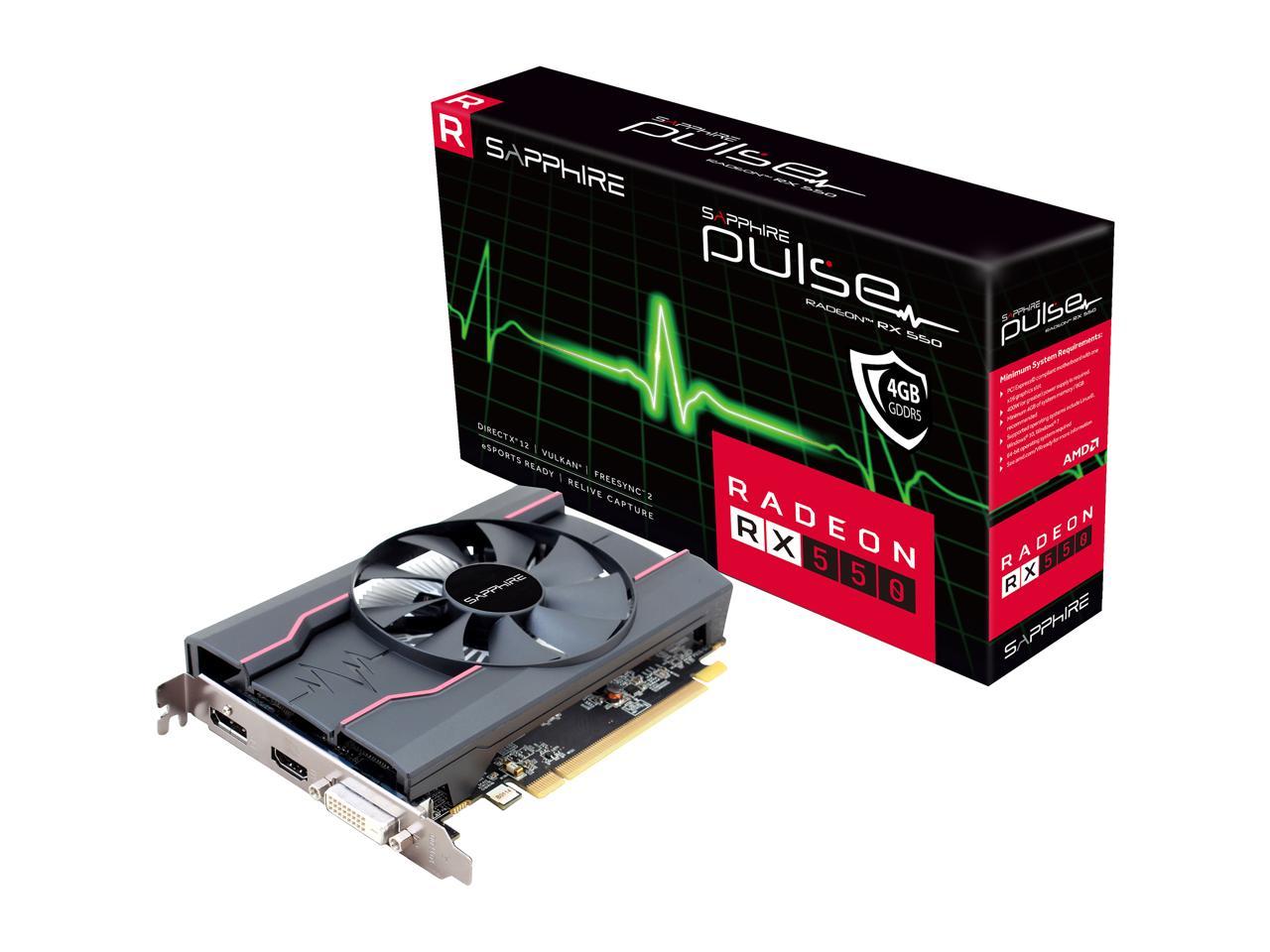 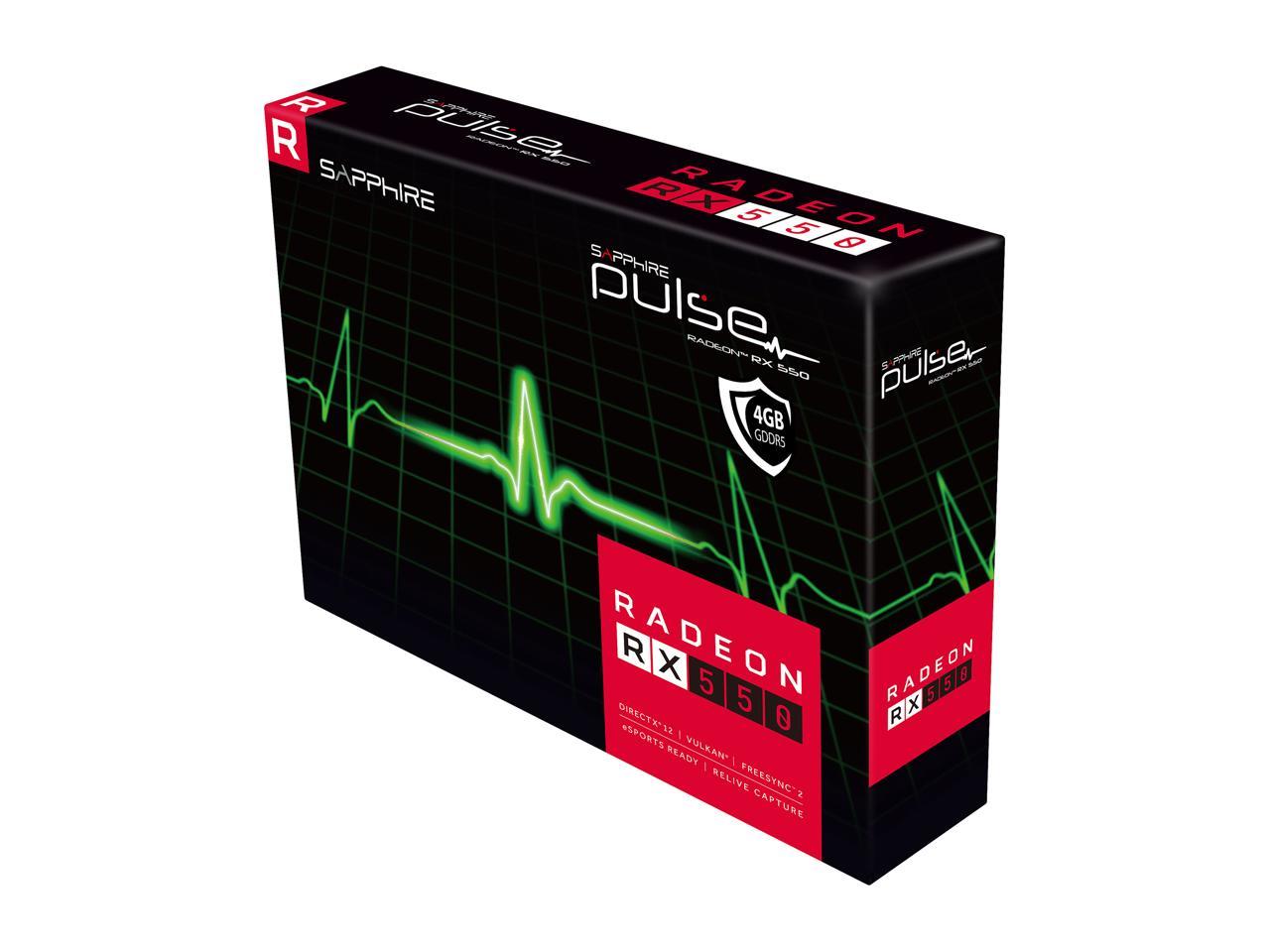 (65) Write a Review
See more "rx 550"
OUT OF STOCK.
Fees for brokerage and duty included in price.
Overview
Specs
Reviews The SAPPHIRE Pulse Radeon RX550 video card is great for online games, like League of Legneds, Voerwatch, Rocket League or Counter Strike: Global Offensive. Based on a modern Polaris architecture and equipped with 4GB 128-Bit GDDR5 memory and 512 GCN stream processors boost-clocked at 1206 MHz, the SAPPHIRE Pulse Radeon RX550 is up to 5X faster than an Intel integrated Graphics and up to 2X faster than the previous generation Radeon R7 250 card. AMD FreeSync technology puts an end to choppy gameplay and broken frames with fluid, artifact-free performance at virtually any framerate. The HDR ready capabilities equip you for the new wave of HDR displays, content and the future of gaming. Frame Rate Target Control (FRTC) enables you to set a target maximum frame rate when playing an application in full screen mode; the benefit being that FRTC can reduce GPU power consumption (great for games running at frame rates much higher than the display refresh rate) and therefore reduce heat generation and fan speeds/noise on the graphics card.

Frame Rate Target Control caps performance not only in 3D rendered in-game scenes, but also in splash screens, loading screens and menus, where frame rates can often run needlessly into the hundreds of FPS. You might wish to set a very high cap just to limit wasteful FPS like that seen in menus and such, while still taking advantage of the responsiveness given by FPS well beyond 60. Pros: inexpensive entry level video card with a lot of features. This card works well as a home theater pc ( I built one for a church and its perfect for their needs) and it also plays games fairly well considering its not a high powered GPU. It wasnt meant to play the latest games at max settings it was meant to be what it is. An upgrade for the onboard graphics which is does very well.

Cons: none I know of

Overall Review: This isnt intended to play games at resolutions that the higher end cards are needed for, its just a basic upgrade from using the APU graphics. In crossfire this card does well but an RX570 is better and less expensive. If youre expecting a video card that plays games like a Titan or Vega does I dont know what to tell you. For this video cards price its hard to beat, especially in a HTPC.

Pros: Gave me the extra stability and vram the gt1030 gddr5 did not offer. Not can play most games at playable frame rate with okay settings

Cons: Fan can get loud in my htpc and depending on your case and load, (and overclock) sometimes can hit 79 degrees Celsius

Pros: -remains very quiet for most tasks I do, fan remains off when the card isn't pushing much -supports low to medium end games (CS:GO, L4D2), and I tested Alien: Isolation on max graphics and it remained 60fps locked -I was afraid it would be CPU bottlenecked but it isn't at all (Intel i7 4770 3.4Ghz, 4 gen)

Cons: -can't be overclocked by much, but it might be limited by my system

Overall Review: So I've owned a Dell XPS 8700 since 2013 (it was my graduation present from my dad) and I've never done anything to it. And when I say, nothing, when I opened it up it was completely filled with dust (CPU heatsink filled, fans completely gray, you get the picture), I digress. I wanted to upgrade it so that it lasts me for a little bit longer, but I didn't want to put a GPU too big that it gets bottlenecked by the CPU. If you have a low/mid end old system and want to give it a little kick, this is a great option. As mentioned earlier, it can push certain games on max graphics without a hick. I did a test on L4D2 with hoards and there weren't any frame drops. It remained around the 200fps the entire playthrough. Do NOT buy this if you intend on upgrading your system or want to build a low end system. Put in a little more to get a RX 580.

Pros: It has 4gb so that's nice. It also doesn't need external power

Cons: The card stopped working after days. Everytime I turn my pc on, there's lines all over my screen. I have decided it's done so I'm on integrated graphics

Overall Review: It WAS good. I wish it lasted at least a month or so though.

Pros: One of the few cards in this price range that includes display port. Only uses one slot Doesn't require additional power connection

Cons: ATI software interrupts a lot of common keyboard combinations for it's own needs, but the hotkeys are easy enough to shut off Not the fastest card, but what do you expect for this price point?

Overall Review: I got a great deal on a new monitor, only to find that my old computer couldn't connect to it. This card was the perfect bridge between the two. I was looking for the cheapest card that included a display port output, and this was in that range. Installation and setup were flawless and it's working great to drive both my new monitor via display port as well as an older monitor via DVI.

Cons: it's not a 48GB Quadro, and it's a little slow on cycles rendering

Overall Review: Very impressed with this card. The 550 hasn't had great reviews, but with 4GB, it actually works very nicely, even shadows and screen reflections are top notch and high framerate. Never expected this kind of power, but if you're on a budget, this thing works great! Even if you're using high end RTX, I recommend keeping one of these in a spare PCIe as a backup.

Pros: Works well on Linux systems. Stays cool and is quite silent.

Overall Review: Perfect for a workstation and multitasking, i don't play video games.