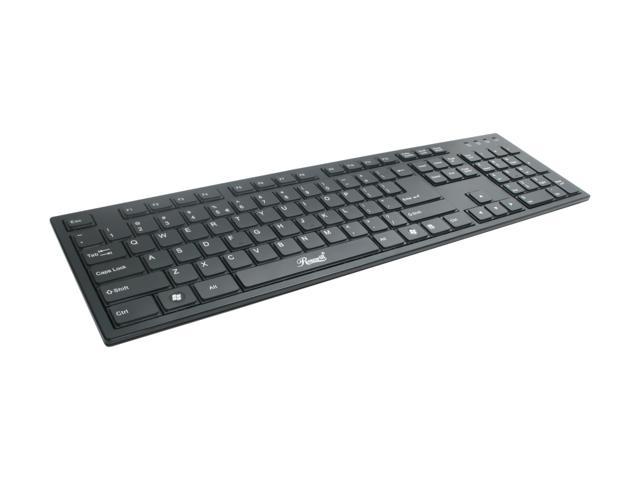 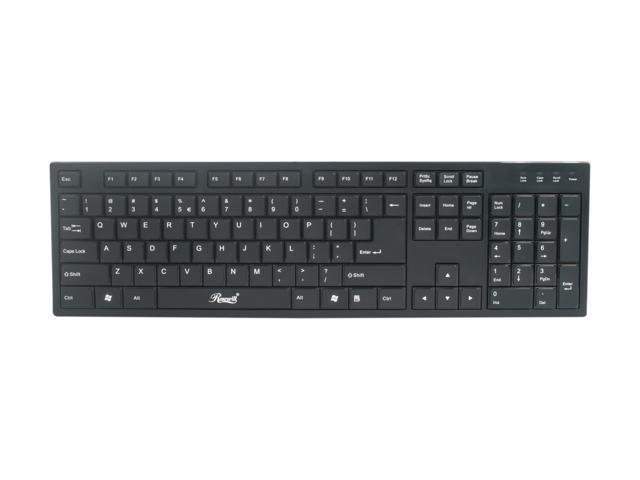 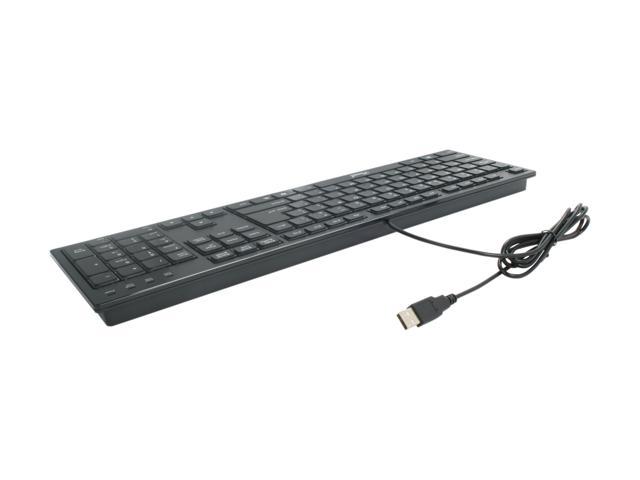 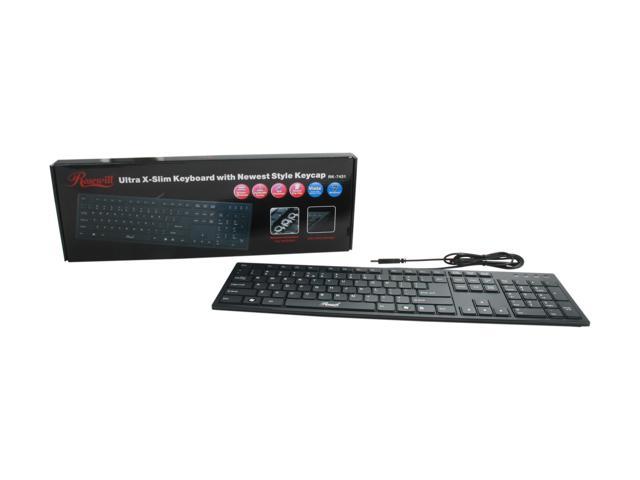 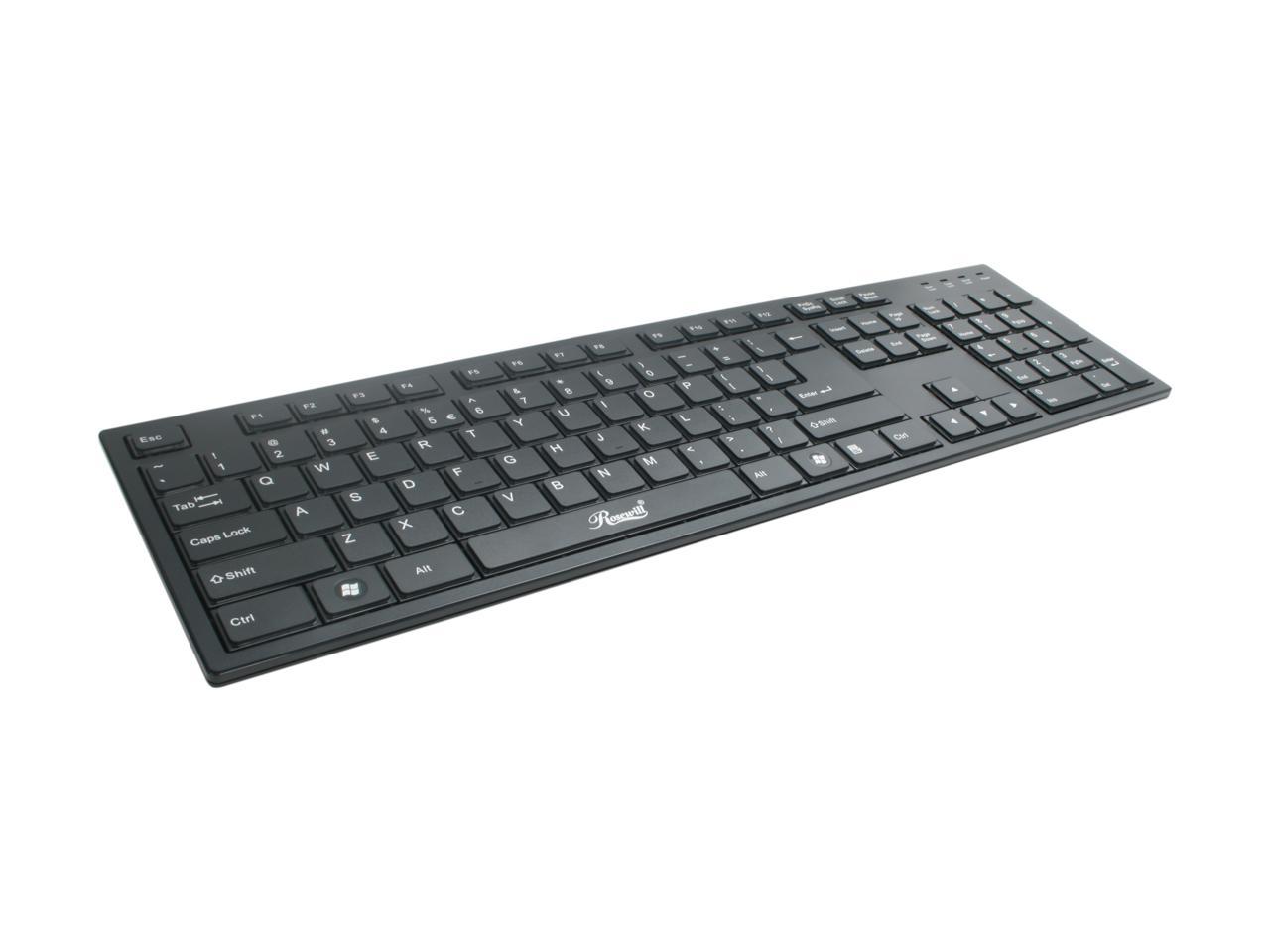 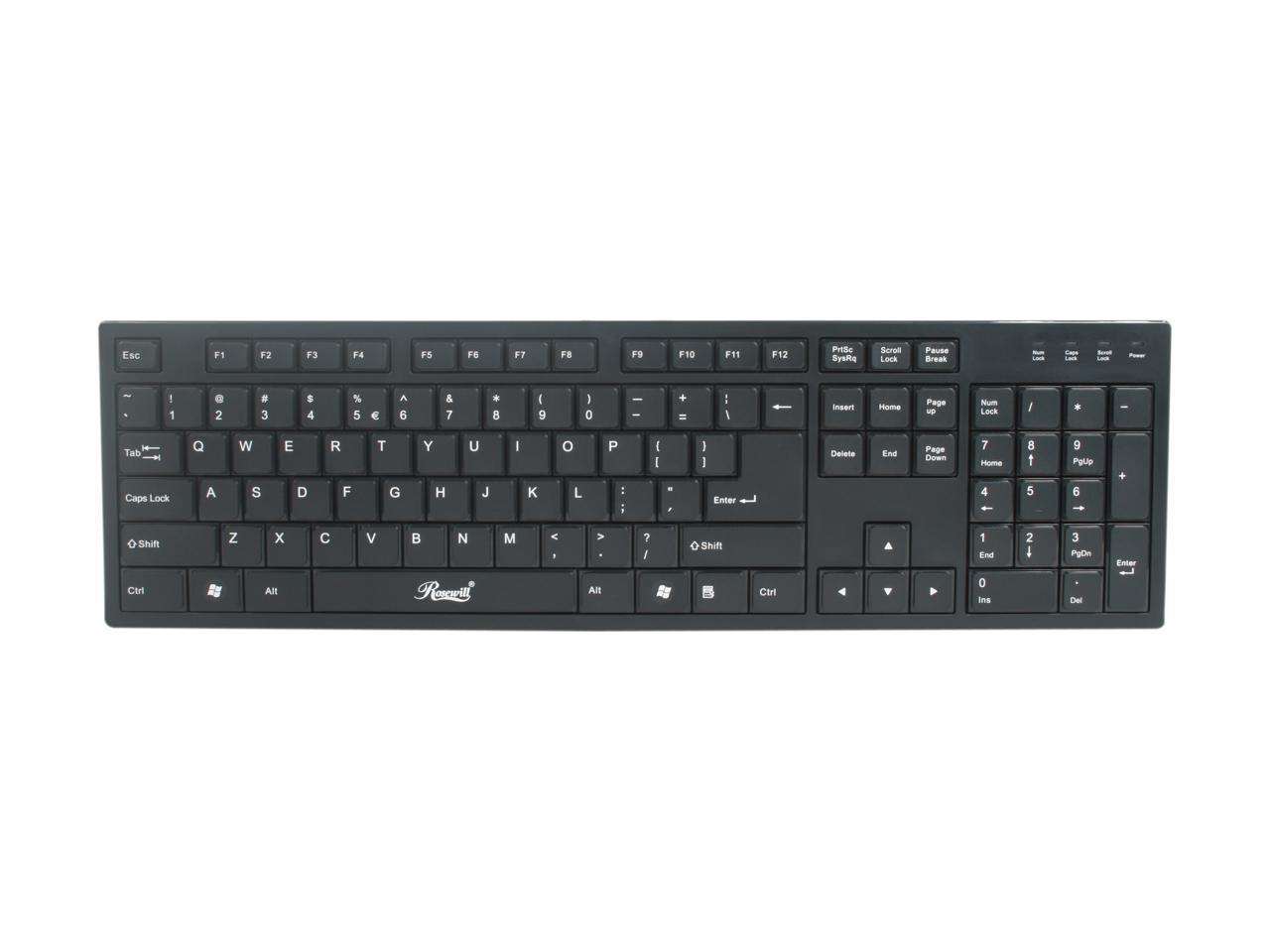 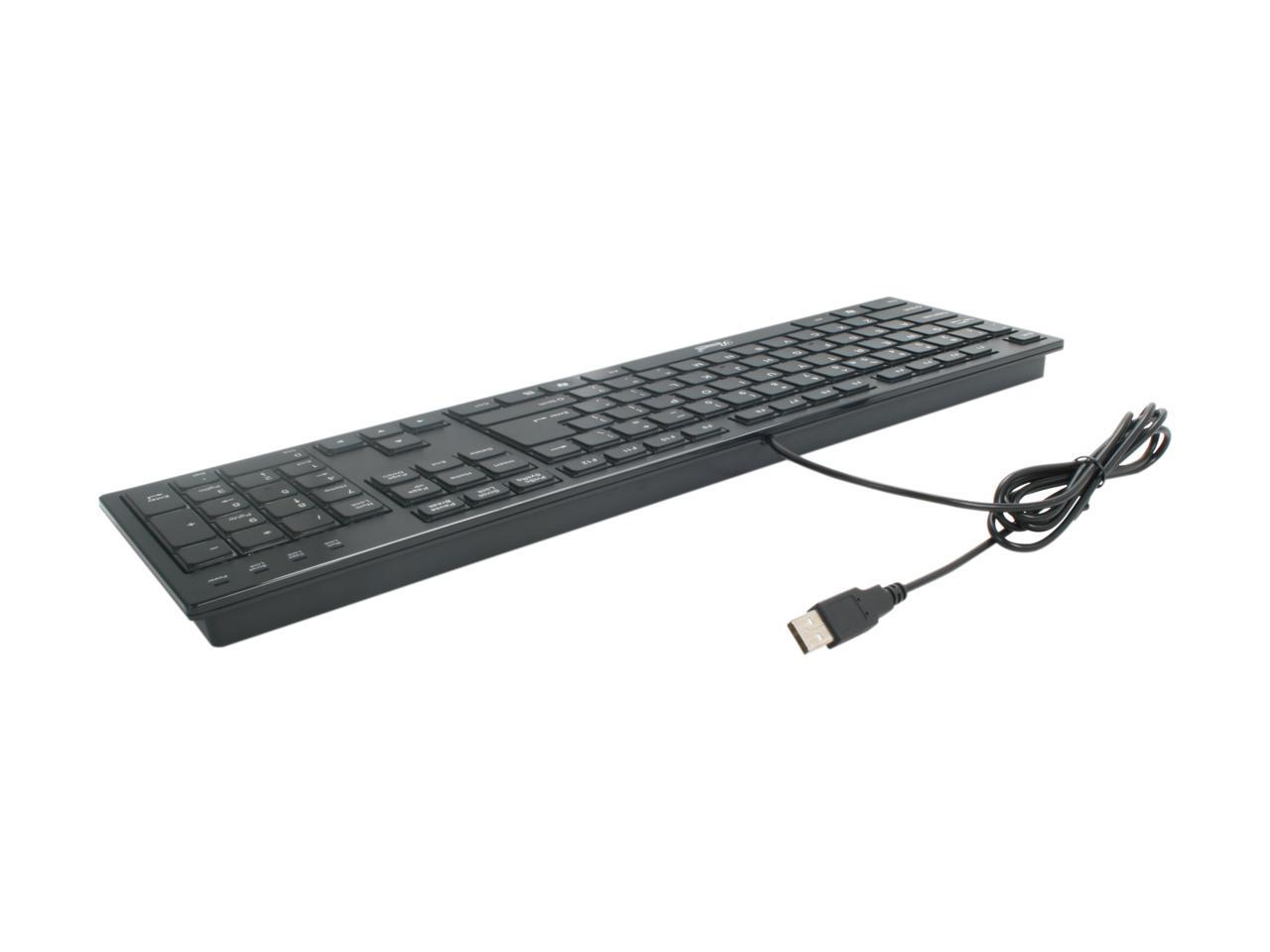 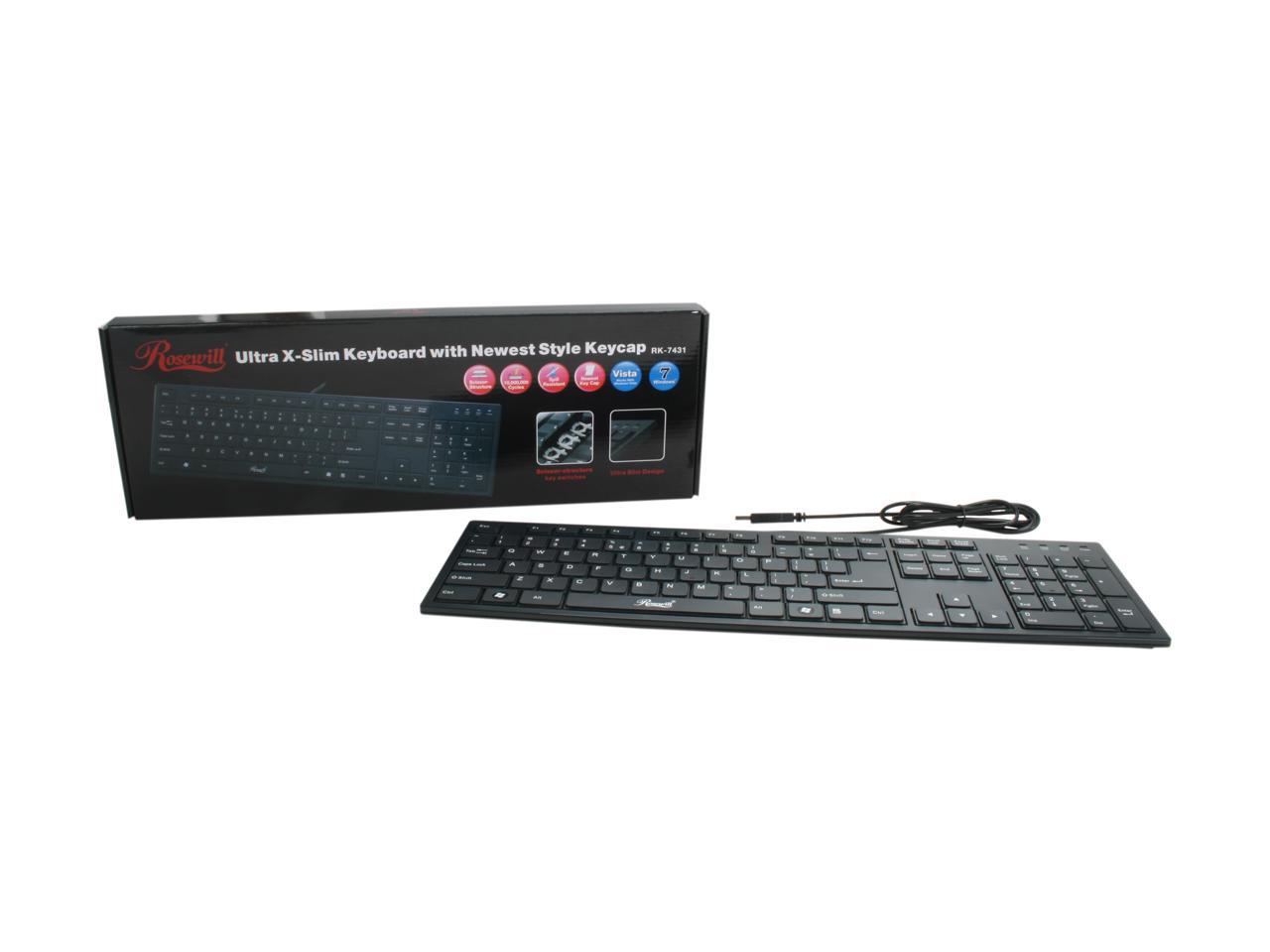 (33) Write a Review
OUT OF STOCK.
Fees for brokerage and duty included in price.
Specs
Reviews

Learn more about the Rosewill RK-7431

Pros: Excellent scissor key action, especially for the price -- scissor keys are a great RSI preventer for me. Board is stiff enough not to cause problems, but soft enough that fingers don't hurt at the bottom of each keystroke. Power LED is a nice touch. Nice, simple styling. Hilarious Engrish on box was good for brief entertainment.

Cons: Euro-style layout with backslash on the top row, tiny backspace key, and huge two-row Enter key -- who actually likes this?? Plastic feels cheap (this is not so bad, since the keyboard *is* cheap). LEDs are very bright; get your Sharpie.

Overall Review: MacBook-style keycaps may bother those who are not used to them.

Pros: I love the profile on this device, and have always been partial to keyboards that resemble that of a laptop's. The keyboard itself is firm with key mashing, but the keys have a a nice amount of soft "give." The keys are nicely spaced, and the keyboard sits firmly on my desk, even with the plastic legs underneath expanded. Good stuff. I've had it for a day, so I can't speak to longevity, but it's given me no reason to believe that it won't hold up over time.

Cons: The backspace key is the width of one small key, making it a bit too small for my wild typing. In about two hours of typing, I've managed to adjust though, so I don't think it's a deal-breaker. Also, Rosewill decided to shamelessly promote themselves by including a logo on the space bar. It doesn't bother me (mostly because it does not impede typing; it's a laser print just like all the other keys) but I could see that annoying some people. Neither issue was substantial enough to remove a star.

Overall Review: It was shipped in two days, and within five minutes of it arriving at my doorstep, I was mashing away at it. Always go with Newegg. I was skeptical of this keyboard when I first purchased it (in lieu of the low price), but I have not been disappointed. There's a superfluous "power" indicator which struck me as strange, since clearly there is power when a keyboard is plugged in. Otherwise, nothing to report.

Cons: SMALL BACKSPACE KEY! Sorry for the caps, but that really annoys the hell out of me. Would be 5 eggs (lol) if the backspace key was a normal size.

Overall Review: the / sometimes get stuck for me, but it goes back to normal when I press it again. Also I dont see why people are annoyed by the Rosewill logo on the space bar. I honestly like it, shouldn't bother you if you're a good typist since you shouldnt even be looking at the keyboard.

Pros: This is a very slick keyboard for the price. It's cheap, it's lightweight, it's very slim, and the scissor key action is very comfortable to type with. Feels like a high-quality laptop keyboard, which is what I was looking for.

Cons: The logo placement on the spacebar is a bit obnoxious, but I can live with it.

Pros: Bought this for a new system for my wife. Referring to this keyboard, she told me "I love typing on it! I sent a long mail to my parents yesterday and just kept on typing just because I liked how it felt." Take that as you may. I would agree with her that the action on this keyboard has a very nice feeling. The build quality is excellent, and it is very thin and relatively compact in other dimensions. A++ in my opinion. Better than the logitech keyboards I've had in the past.

Cons: The delete key is small. Takes some getting used to.

Pros: Quiet, smooth, reasonable price, and a space saver. Also seems a little mess resistant which is good for someone like myself ;)

Cons: Took some getting used to, but that was expected. The only gripe I have really is the small backspace key, but it's not worth docking an egg.

Overall Review: Like most reviewers so far, it's very similar to a laptop keyboard, just not proprietorially jammed in to whatever configuration the vendor wants so I'm assuming I'll be fully used to it in a few days. IMO, the keyboard save a little more space than some others. I don't often do LAN parties, but I'd imagine this would be pretty easy to drop in to a case and take with you. I've yet to be disappointed by a Rosewill product.

Pros: Love how small it is. The oversized Enter/Return key reminds me of old typewriters. The small backspace key is no problem, since I don't make many mistakes typing anyhow. The blue LED's match the rest of my setup so no problem even with it being a little brighter than normal. This keyboard should give me years of use. Thank you NewEgg

Pros: Pros... when it works, it works well. I'm awaiting feedback from Rosewill tech support on my second keyboard. Positives: low profile, light weight, laptop like keyboard. Using it right now with a KVM and it suits the purpose well

Cons: Got one good one, one bad one. Didn't find out about the bad one until beyond Newegg's RMA period. Capslock lights up, as does the numlock but the keys DO NOT work. As stated, am waiting to see how Rosewill responds to this, as it does have a 1 year warranty.

Overall Review: At 12.99, I'm curious to see how Rosewill administers the warranty. I should have checked this out during the 30 day RMA period, but shipping costs make returns punitive. Suffice to say, caveat emptor.