Feel 100% satisfied with your purchase -- with no restocking fees & no return shipping costs* within 30 days of delivery. Learn More
This item is currently out of stock and it may or may not be restocked.
Out of Stock
Add To ListFound on 4 wish lists 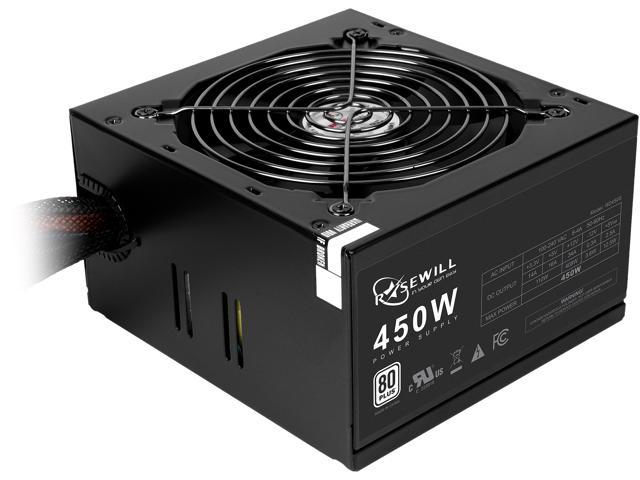 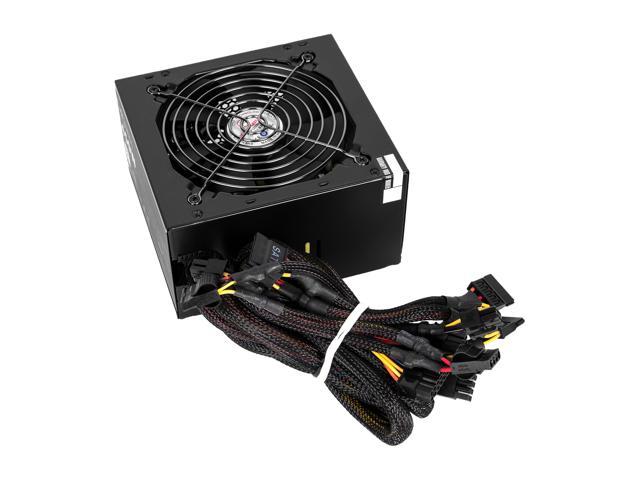 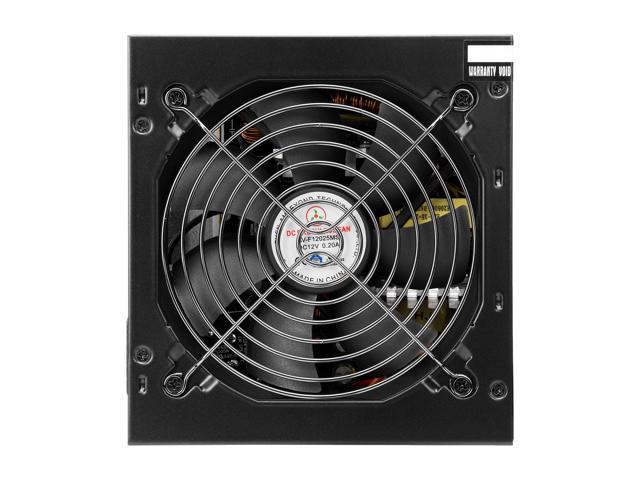 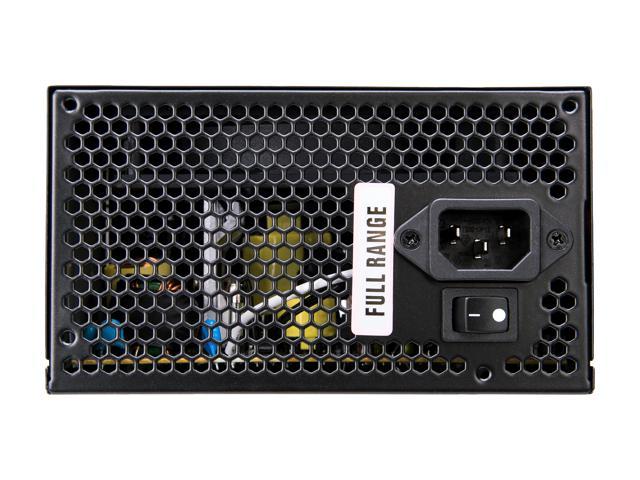 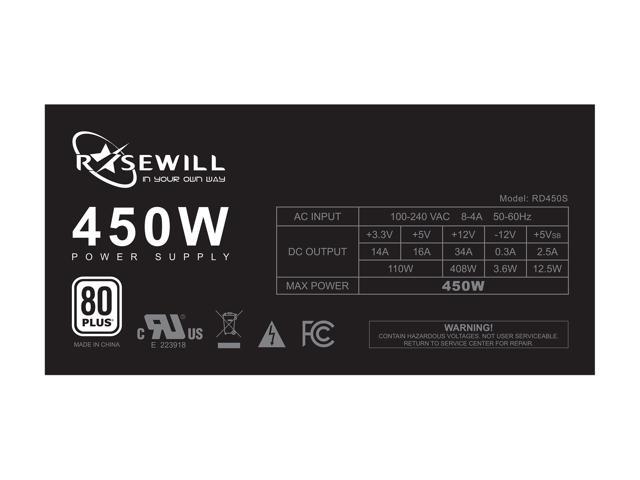 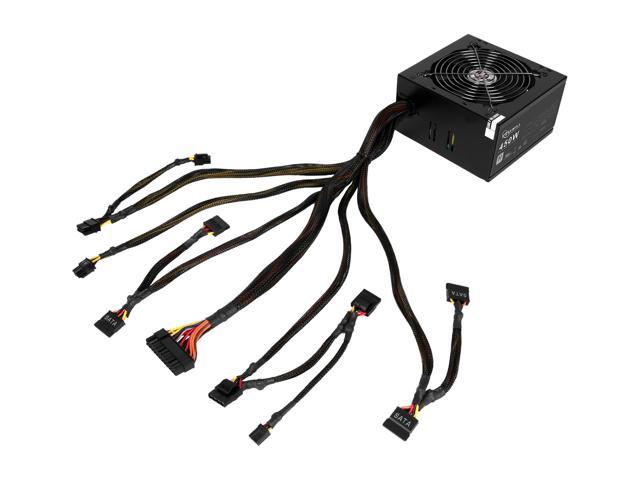 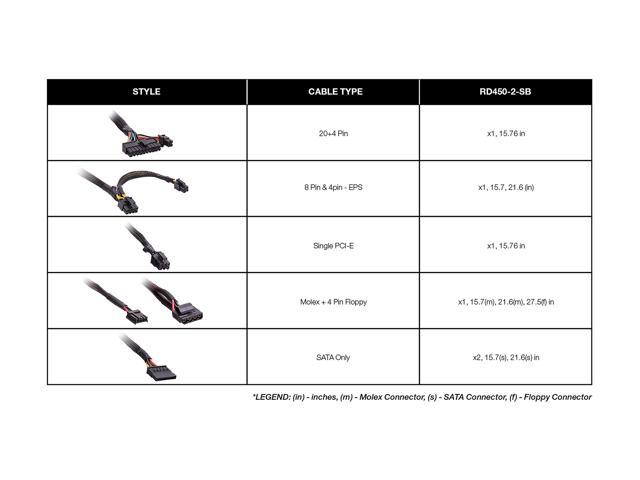 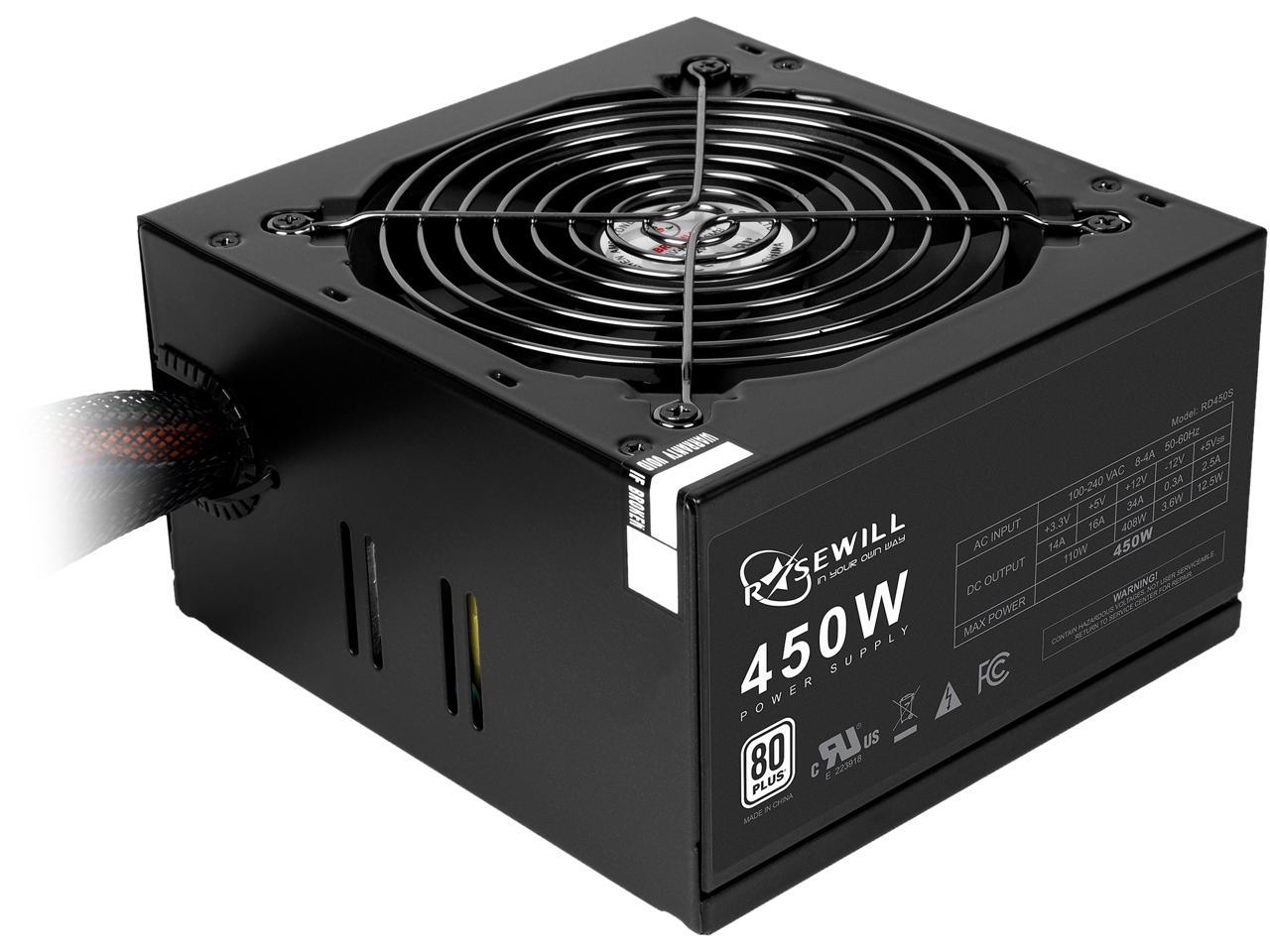 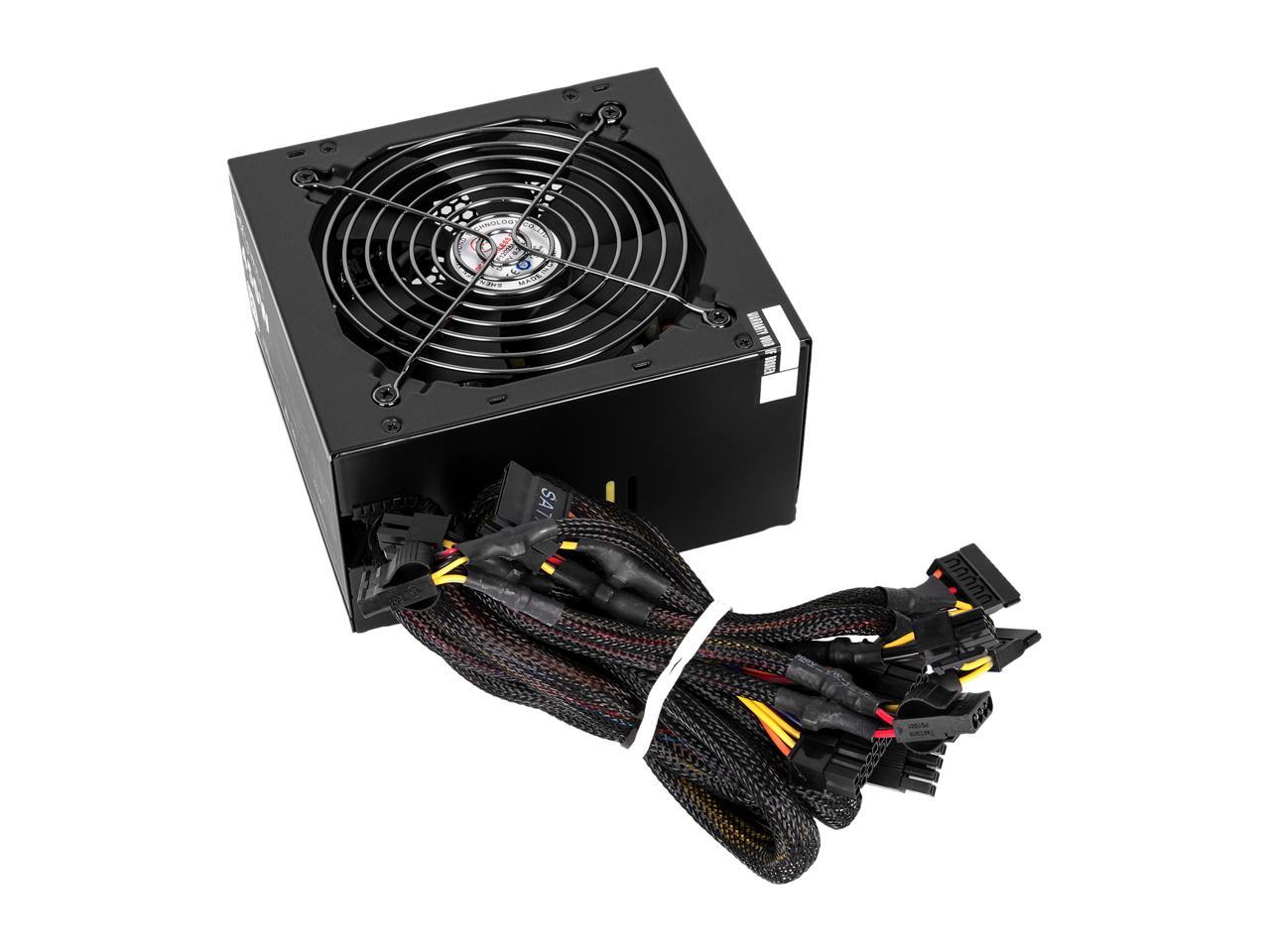 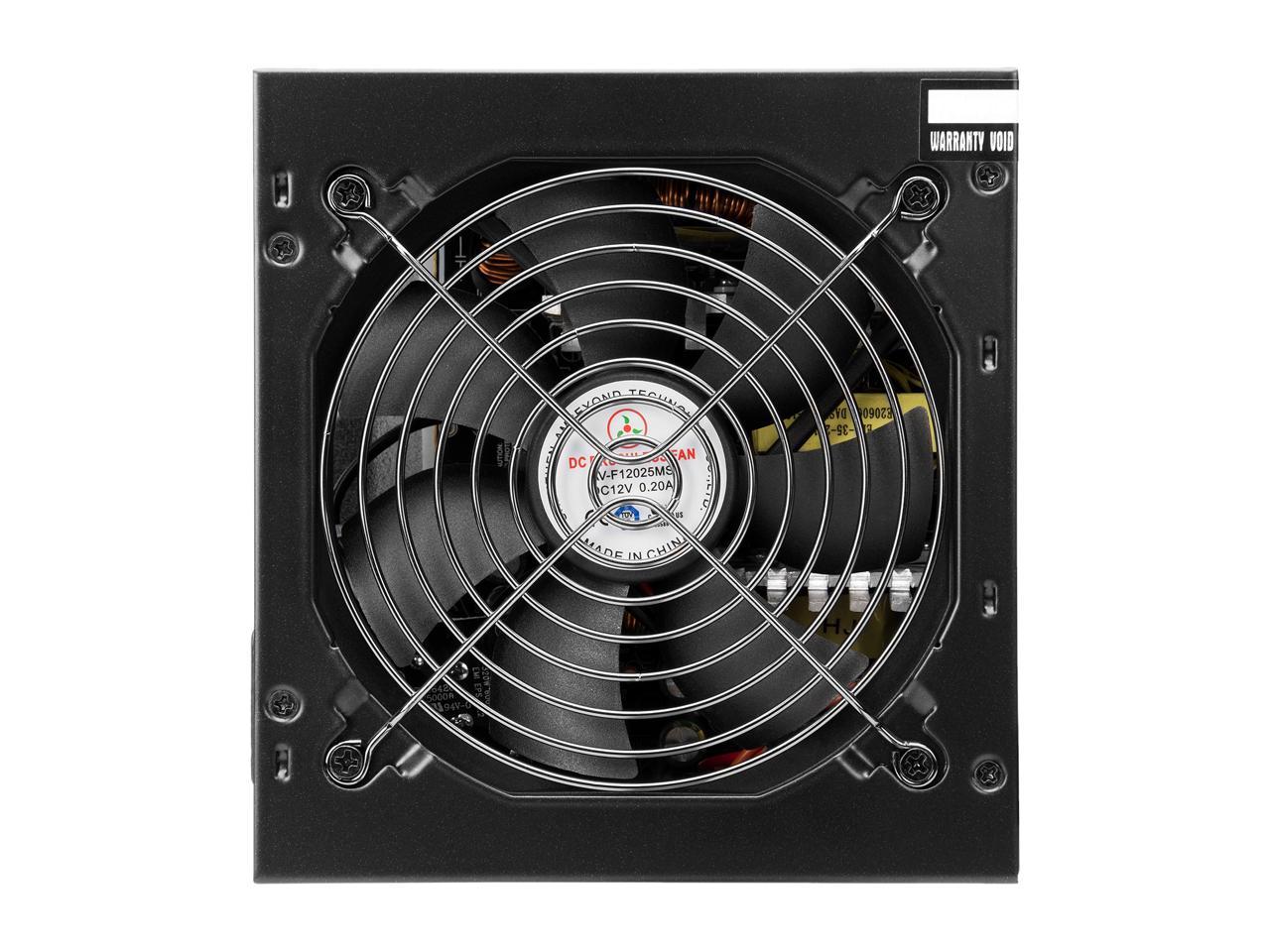 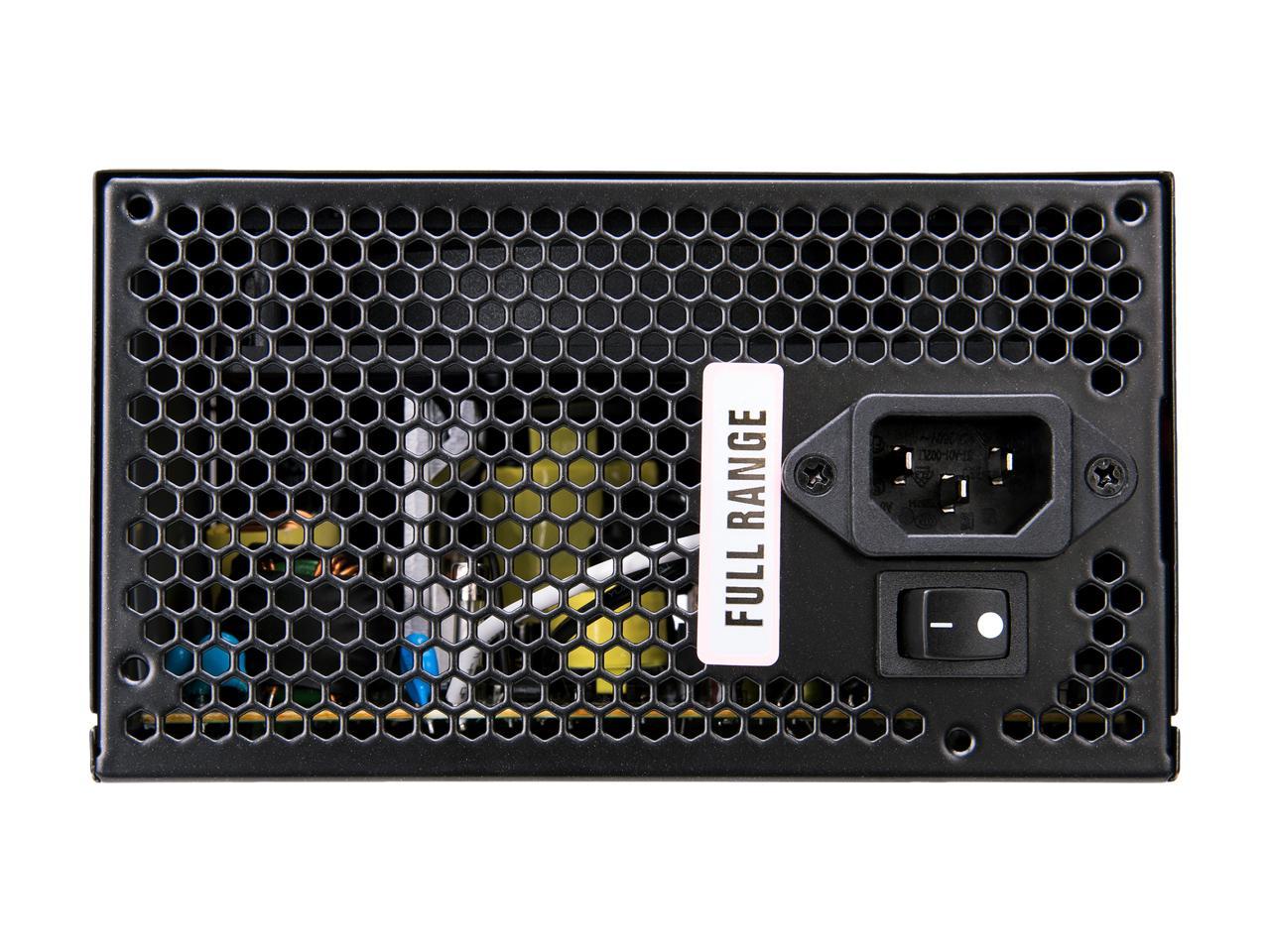 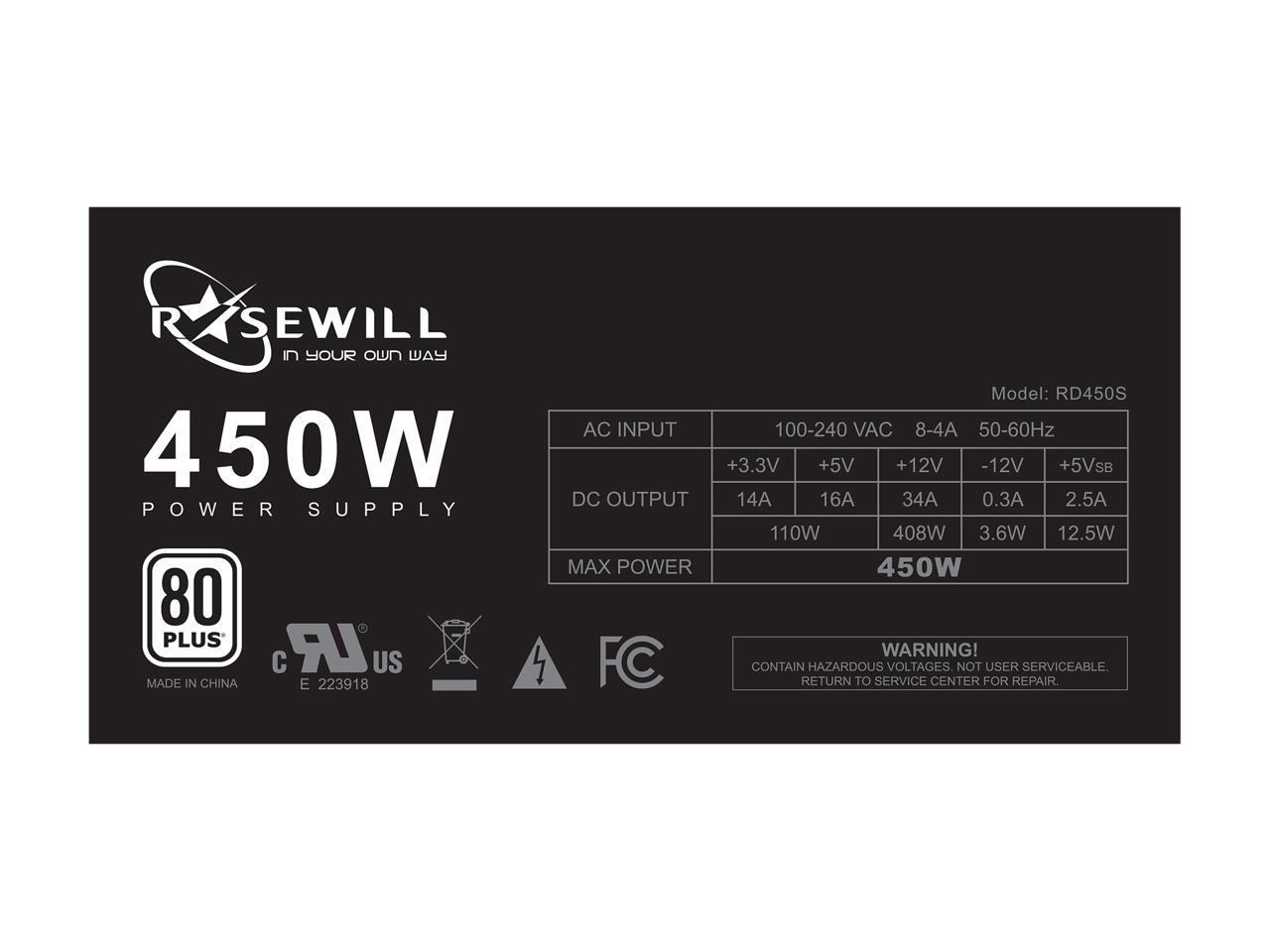 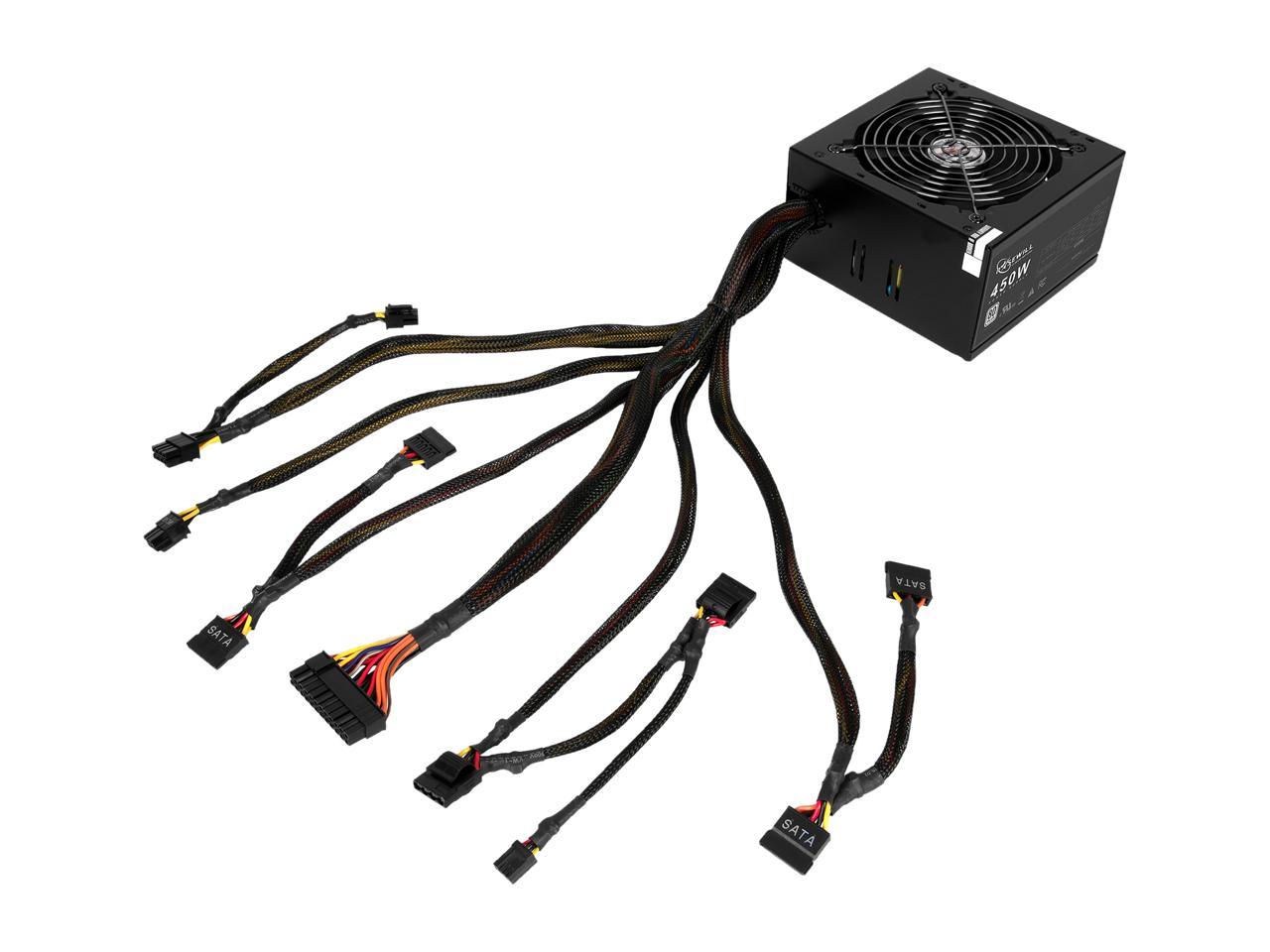 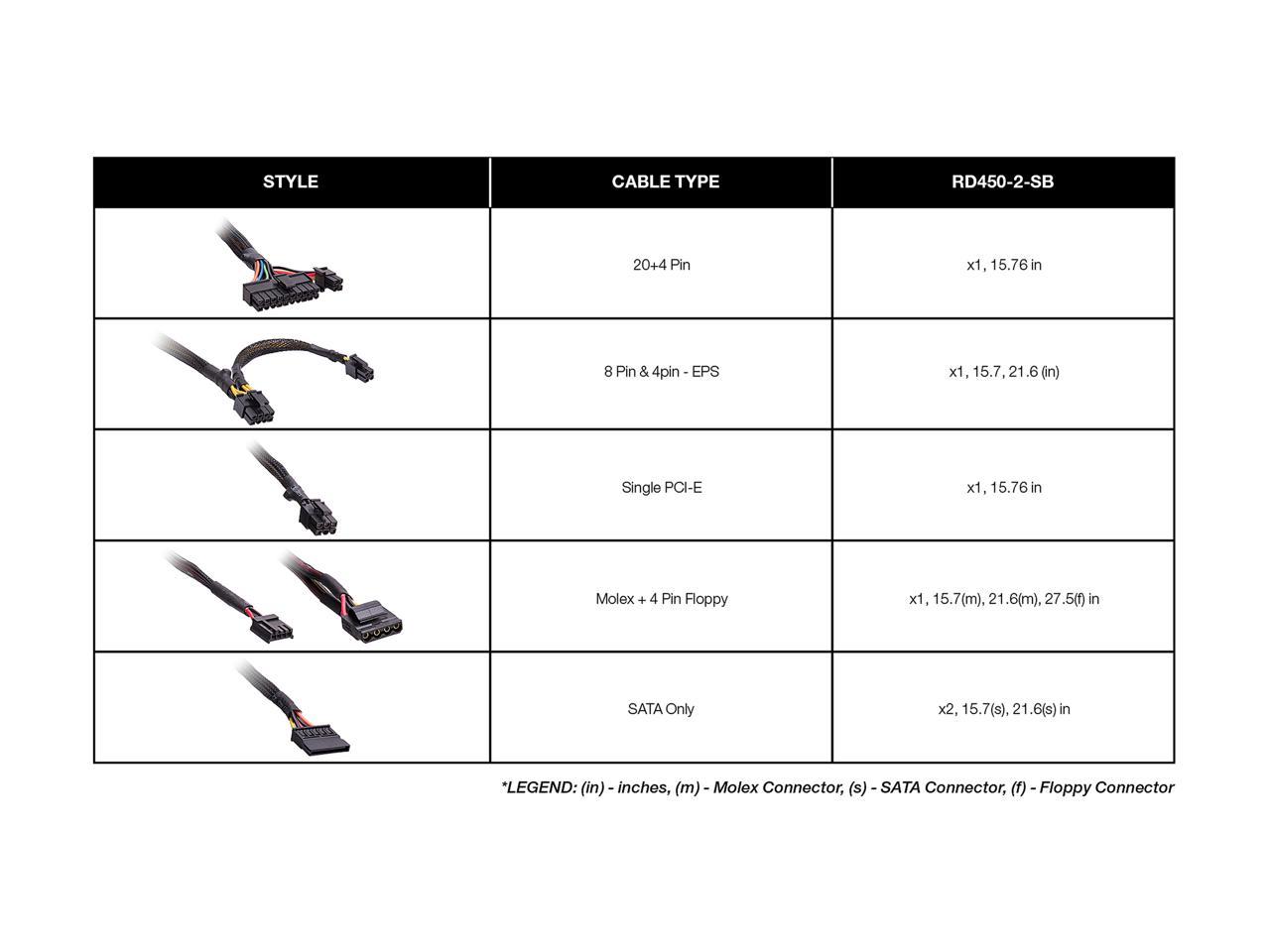 (698) Write a Review
OUT OF STOCK.
Fees for brokerage and duty included in price.
Overview
Specs
Reviews The RD 450 Watt computer power supply is 80 PLUS White certified and delivers up to 80% efficient performance under typical loads.

Learn more about the Rosewill RD450S

Pros: needed a power supply and this one was on sale. has all the right connections for current motherboards. protected braided wiring. good looking black color. quiet... did I say quiet. runs cool. solid fit and finish

Overall Review: hope rebate comes through. with newegg and rosewill, it usually does

Overall Review: For what I purchased it for, I really went by reviews left by others. I bought this for a replacement for a friend in need, as their PSU went kaput. Since it is not my PC in front of me, testing it was quite difficult. But, in a nutshell, she was happy, it still works, keeps her machine cooler according to her, and, quite frankly, gets the job done.

Pros: The best thing about this PSU for me has been the fact that in the six years I've owned it, it has never gone wrong. It runs quietly, and presumably at a nice cool temperature since that's never been an issue either. The cables are a reasonable length, and don't feel cheap in any way, nor do the connectors. It's been powerful enough to power two incarnations of my system, one using an 8800GTS 512 and another with a 9800GTX as the main power hogs. It doesn't seem to mind any manner of power usage, I've let my system run for weeks at a time, or rebooted it dozens of times in an hour, and it still hasn't failed me. The number of connectors has been sufficient for my needs, and has never left me wanting more.

Cons: The +4 pin connector on the 20+4 pin connector had a very flimsy little clip to keep it lined up with the 20 pin connector which over the years, has broken off. Not a major issue really, but I guess it is a con. An actual con is the Molex connectors. Not the connectors themselves, but they have these funny little clips on the top and bottom, which can get in the way when you're trying to hook things up. I've broken a few off over the years because they made the connectors needlessly fat, difficult to plug into things with built in female Molex connectors (HDDs and DVD drives, that sort of thing) and didn't really server to solidify the connection any more than just making sure it was plugged all the way in.

Overall Review: In an attempt at trouble shooting, I discovered that a GTX470 belonging to a friend, was actually too much for this humble PSU. According to HDD SMART the power on hours for this HDD is 1173 days. Because this HDD has been powered by this PSU, for about 99.9% of its life, and this PSU has been used to power a PC similar to this system for 99.9% of its life (specifically, a PC containing this HDD), I can reasonably infer that this PSU has been reliably powering my system for something like 3 years of continual use.

Cons: - Not modular - Only a few of each connector - Doesn't move much air

Overall Review: This power supply is not modular, and has limited connectors. It also doesn't move much air. It is quiet because of this, I just hope that it doesn't overheat itself.

Pros: Matched the case's back side perfectly.

Overall Review: I am guessing this power supply is not taxed at all. I bought this for a build that only has an ITX board with a dual core 2.5ghz FM1 proc, SSD, 4Gb of DDR3, and single 120mm case fan.

Overall Review: Considered getting a more trusted brand, but overall, I am glad I went this cheaper one so far.

Cons: at first i was scared that the thing didn't fit my case but i think either it or my case fit it in upside down also i noticed that the add said 500 watts but the PSU actually said 480 watt not really a con-just a thought

Overall Review: make sure you kno how much power your comp. needs b/c it can be very hit or miss but for the mid-ranged gamer like me this is a great buy for both pci-e and agp

Pros: I can't even remember how many times I have got this over the years,never had a problem with a single one.

Cons: My girlfriend dumped me