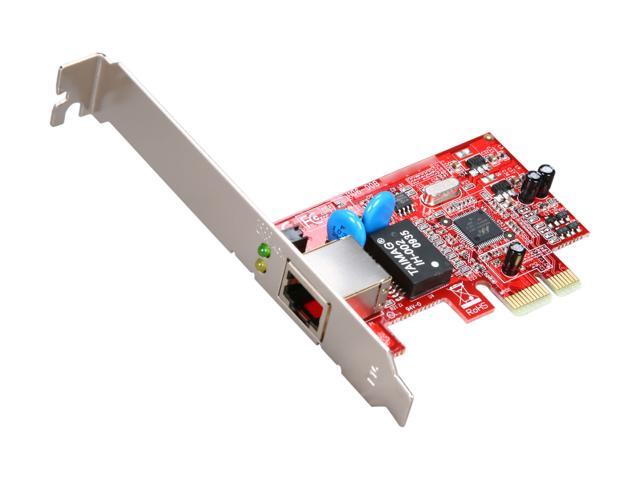 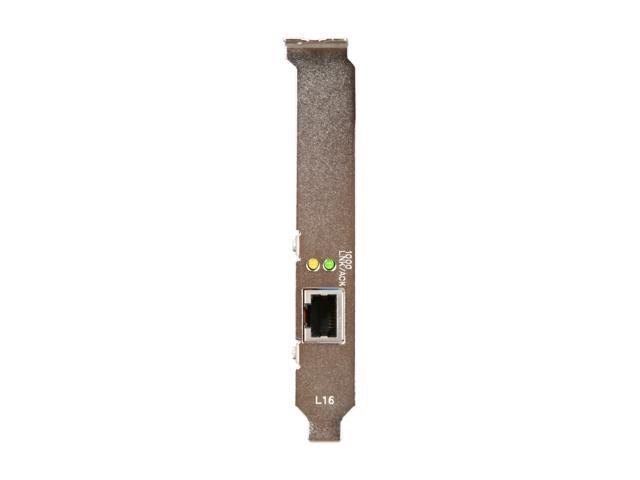 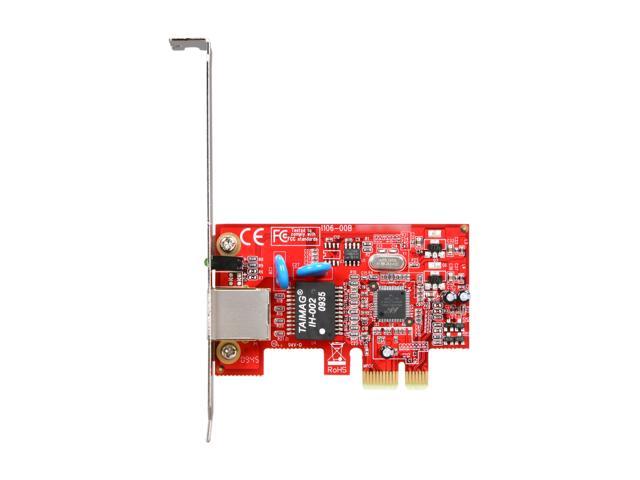 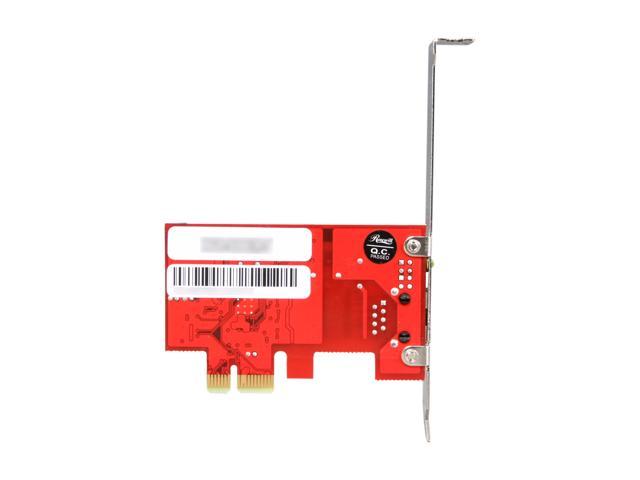 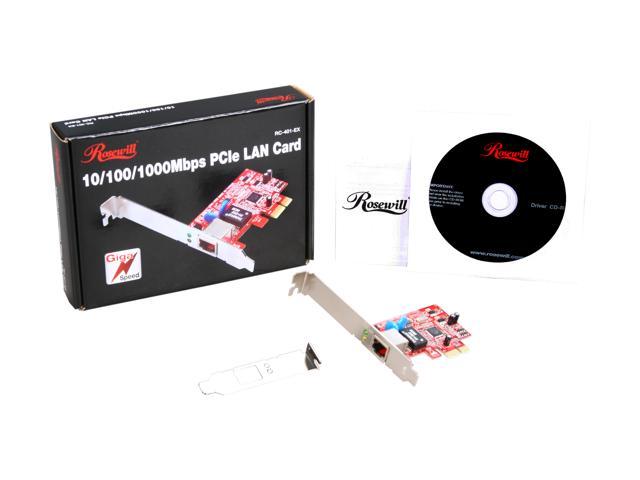 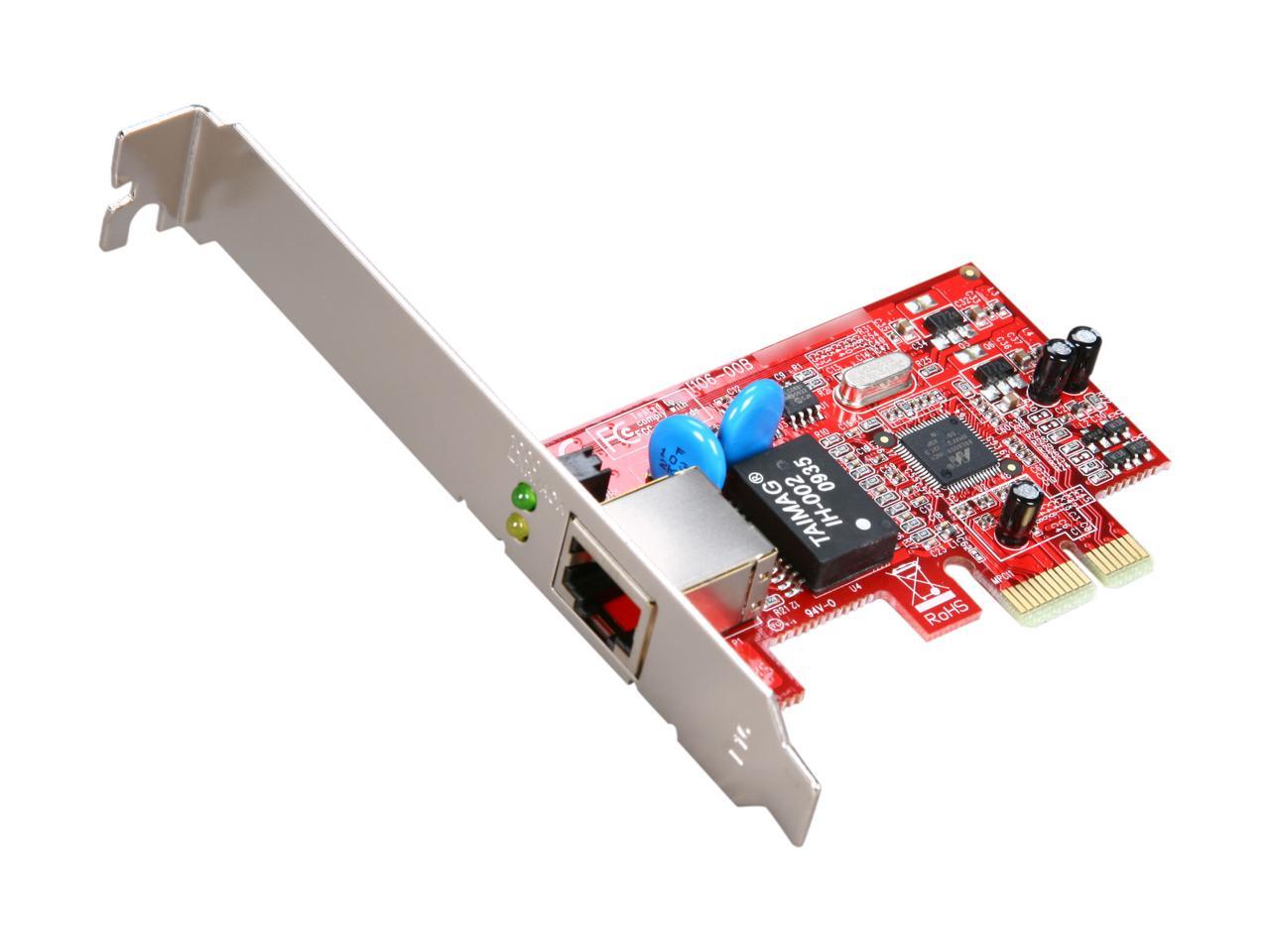 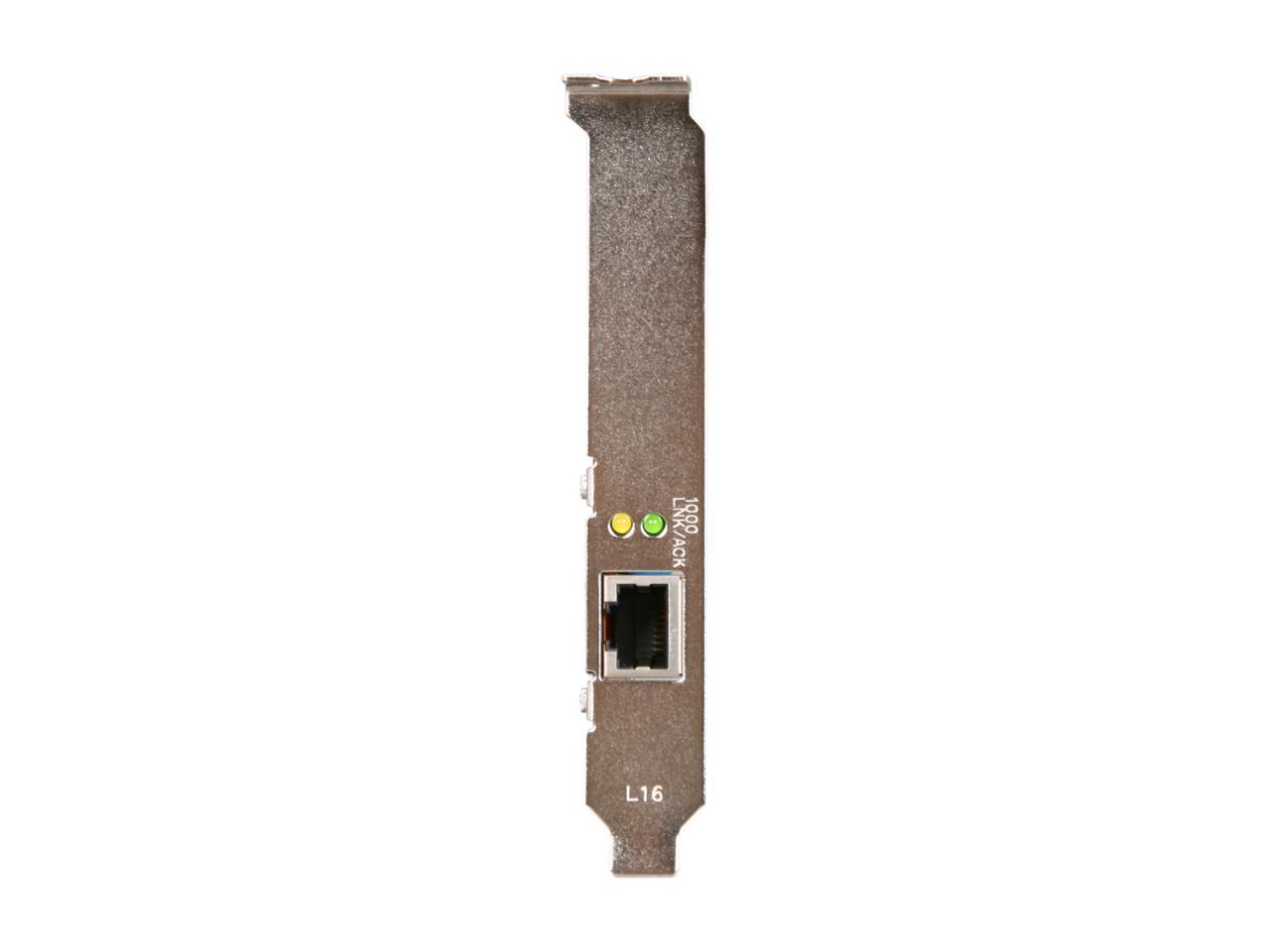 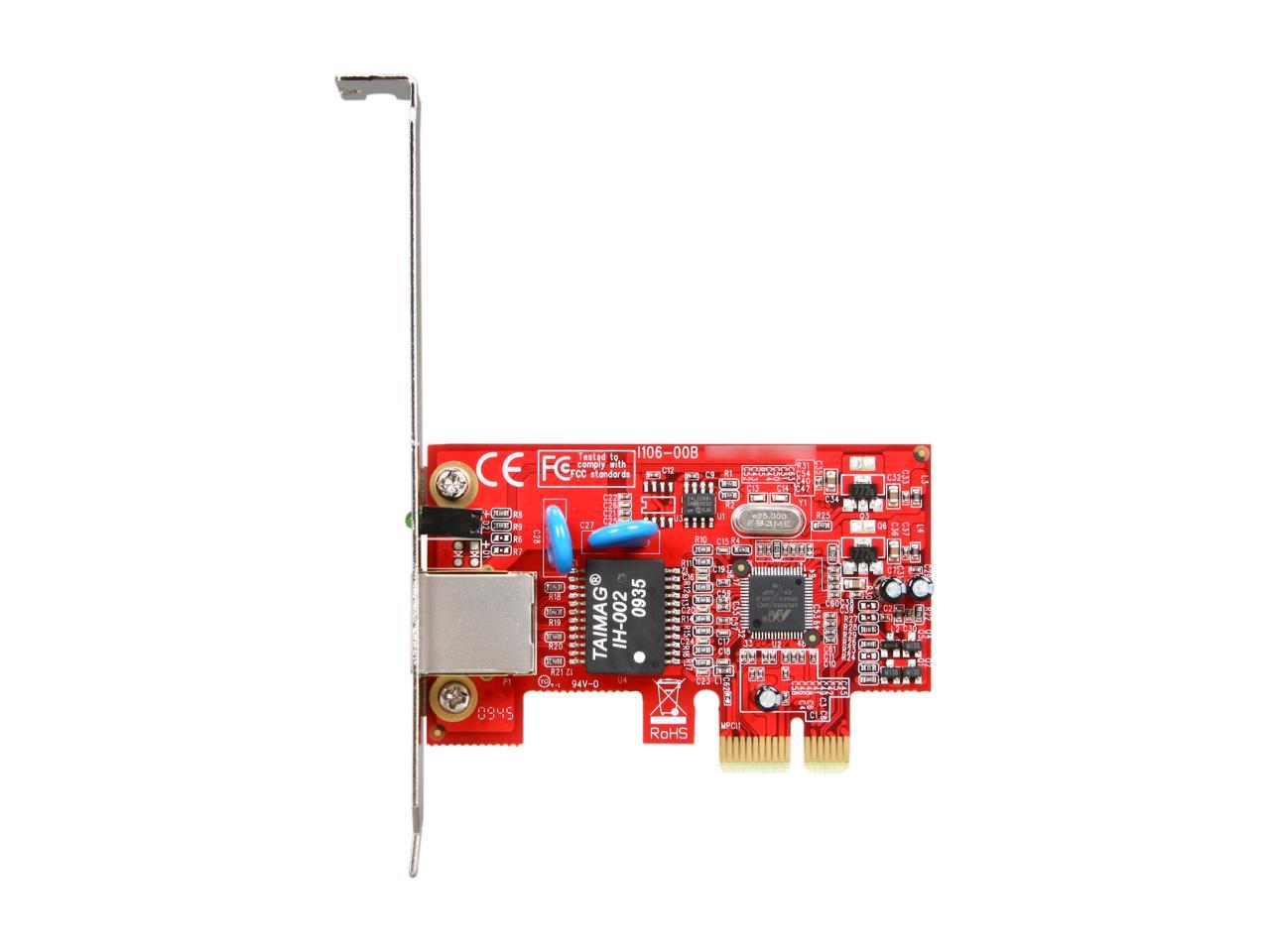 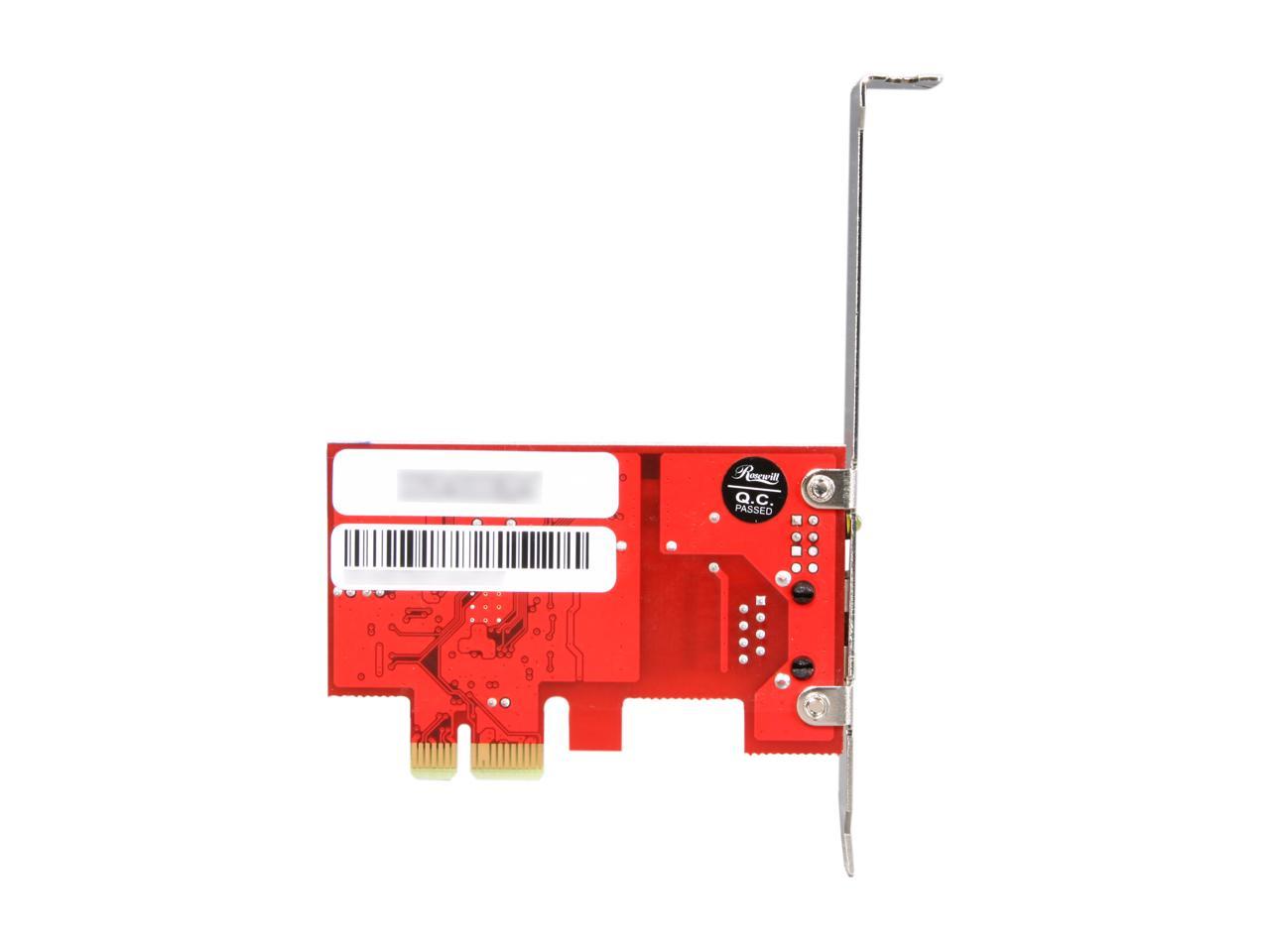 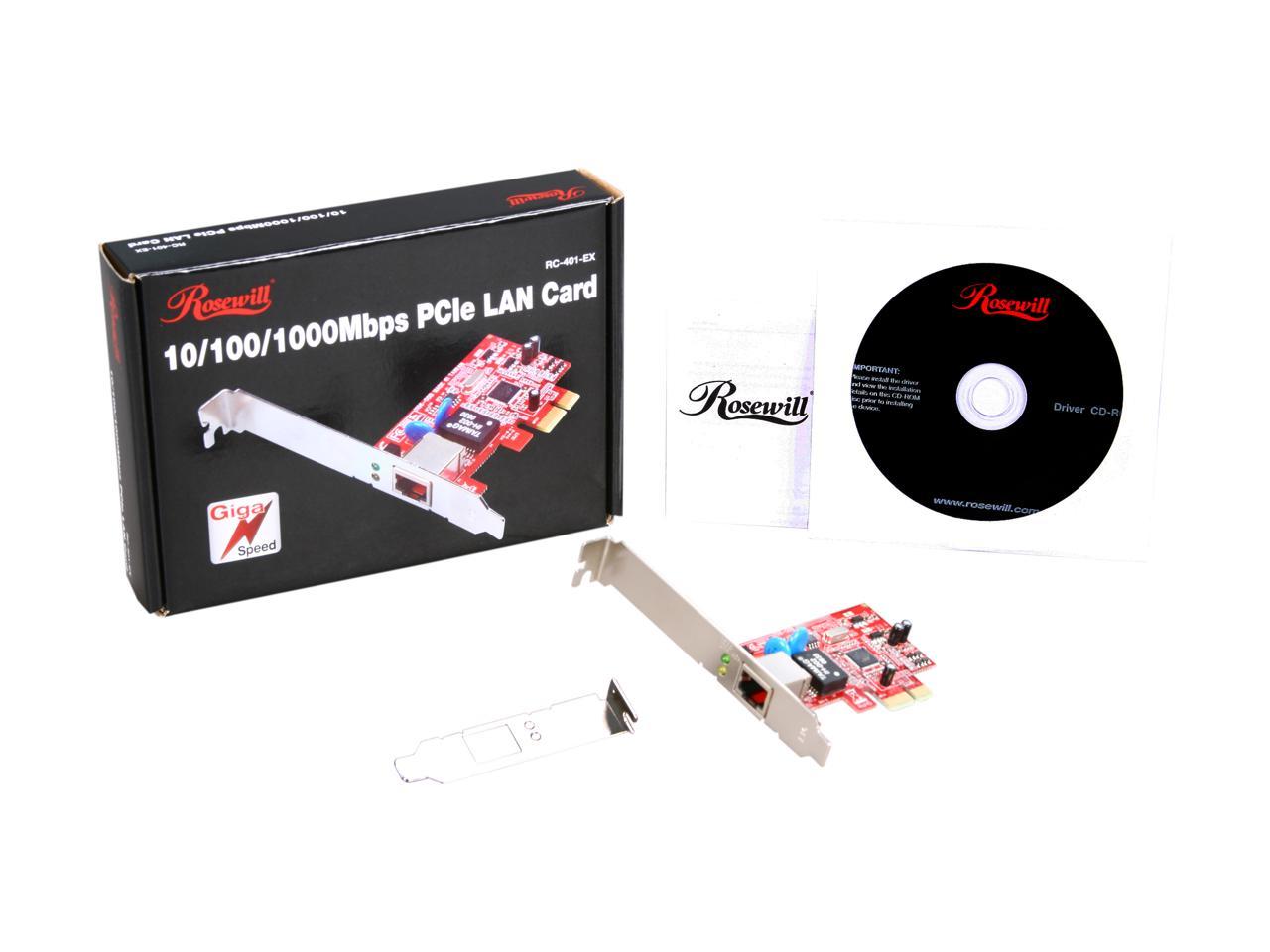 (176) Write a Review
OUT OF STOCK.
Fees for brokerage and duty included in price.
Specs
Reviews

Learn more about the Rosewill RC-401-EX

Overall Review: Trying this eathernet card in a lInux server running 24 hours a day 7 days a week with heavy tragic. Have not had a problem in 4 years with this server untill use this eathernet card. It worked fine for 2 months then out of nowhere the server would star t freezing up even with watchdog. Took out this eathernet card turned back on the onboard Realtek eathernet and no more issues. Also use intel server eathernet with no issue. So in the end this eathernet card may work fine it's just not server grade

Pros: I love the price, the look, and the ease of installation. Fixed all my network problems. Never use on board networking.

Cons: The PCI bracket is slightly longer than normal. I had to trim it to fit the card in my Antec P150, though it inexplicably fit just fine in my Antec Solo, which is the same case. Odd. YMMV.

Overall Review: With the onboard Realtek and Nvidia GigE adapters, I was getting ~150 MBit in iPerf and peak transfer rates of ~12 MB/sec via FTP, with 30+% CPU utilization, and average Windows network transfers of 7 MB/sec. With two of these cards wired through a Netgear GS-105, I'm now getting 850 MBit in iPerf and sustained Windows transfers of 55 MB/sec between two RAM drives (and hard drives, for that matter). The server is Windows XP x64, and the desktop is XP SP2 32. I haven't even tried FTP yet, I'll bet they'll push 70 MB/sec. Very impressive for a card that was less than the price of three gallons of milk after rebate It took some tweaking to get to that, though. Use the Marvell drivers dated 1/28/08, not the ones on the Rosewill disk. Also, XP SP2 has garbage default network settings. Using TCP Optimizer from Speedguide.net doubled my transfer rates. Max MTU for this card is 1452 bytes. For maximum speed, enable jumbo packets and disable flow control and interrupt modulation.

Overall Review: This is quite possibly the smallest piece of PCB I've ever seen in a PC slot, it is tiny. The "EX" model (this one) has a Marvell Yukon 88E805X chip. The non-EX model has a cheap Agere chip.

Cons: Would not allow large file transfers with the included v8.39.3.3 drivers

Overall Review: As mentioned in the cons, large file transfers would not work with the included v8.39.3.3 drivers. It would give the "network location not available" error and drop the transfer. After much fuss, including installing the most recent drivers from Marvell's website (v10.64.2.3) without any improvement, I re-imaged the system, installed drivers v8.61.2.3 and had perfect success with large file transfers after that. This was with 32-bit Windows XP Pro SP3. The drivers were a little tricky to find since they are from 2006 and I just happened upon them. The only place I could find them was at www.dfi.com Click on the Consumer Motherboard (LANParty) link on the right, go to the download driver section and search for the LANPARTY UT RDX200 CF-DR mobo. About 1/3 of the way down the page, look for the drivers for the 88E8053/88E8053 Marvell chipset, dated 4/12/2007. Those are the ones that worked for me.

Pros: Over a year since installation (and my first review), and the card still performs flawlessly for me. Instantly recognized by Windows 7 (release candidate). I can't imagine finding a better discrete NIC for the money.

Overall Review: I first reviewed this card after about an hour of use, and had nothing bad to say about it. I still don't. When I built my system, I had to fight to connect to my LAN, fight to connect to the internet, and FORGET gaming. Suspecting the onboard NIC, I originally replaced it with the Rosewill RC-411, and had the same issues. Discovering that the RC-411 used the same Realtek chip as my Gigabyte board's onboard LAN, I did some research and found that the RC-401-EX uses a Marvell chip. Upon receiving and installing the RC-401-EX, all of my networking issues vanished. I'll be hard-pressed to even TRY a Realtek LAN controller again; Marvell all the way!

Cons: Missing a few features other gigabit NICs have. You'll need to hunt down a more recent driver than it ships with or that is on their website if you need to lock it to 1000 full duplex. Jumbo frame support is only 4k or 9k frames, so if you use a different size (in my case, I use 7k on my network) then be aware this won't do it.

Overall Review: If you don't care about the other jumbo frame options or if you do not intend to use jumbo frames, this is a good choice. It really was annoying to have to hunt down a driver that would allow it to be locked to 1000 full duplex, but as I mentioned, it did auto negotiate properly 9 out of 10 times.

Pros: Inexpensive (not to be confused with "cheap," like the RC-411), gives you a use for your PCI-E x1 slot. Easy to install. I've only been using it for an hour, but already seems more reliable than the Realtek-based onboard LAN it replaces.

Overall Review: I had to go through hell to even get Windows to RECOGNIZE Rosewill's other low-cost card, the RC-411, and even then, I never actually got it to WORK. In comparison, I popped this card in, loaded Windows, installed the driver, and BAM!, everything worked just as you'd expect it to, immediately, with no issues whatsoever, AND I DIDN'T EVEN HAVE TO DISABLE THE ONBOARD LAN (which was absolutely REQUIRED to get Windows to see the RC-411). WELL WORTH the small price difference!