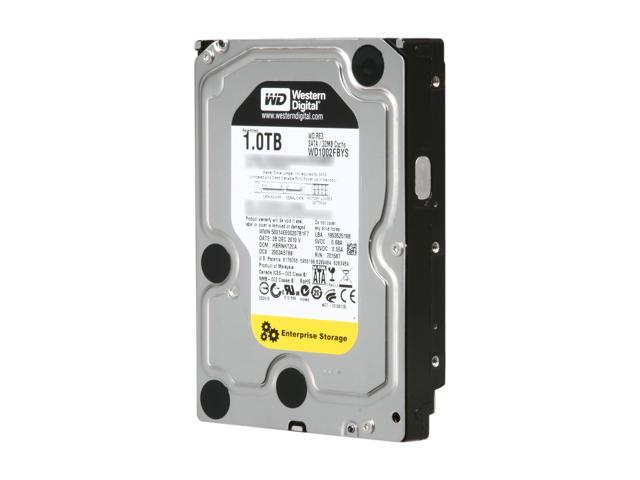 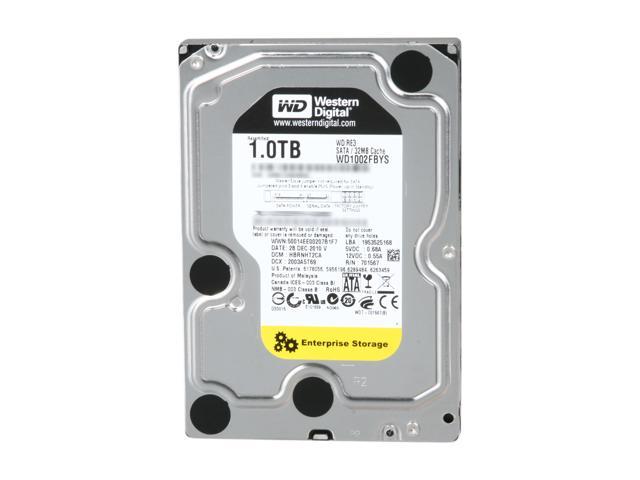 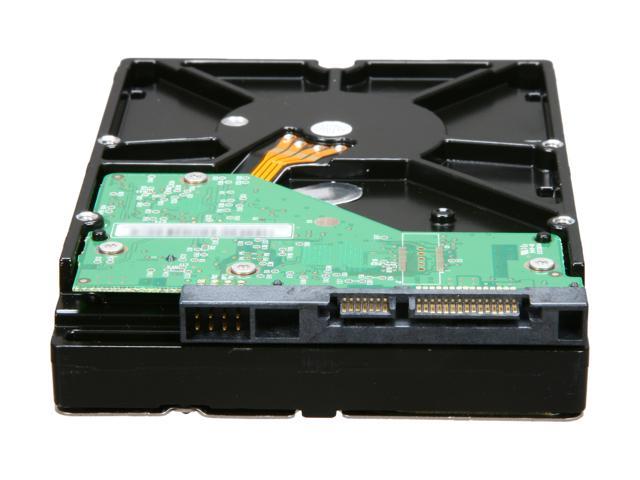 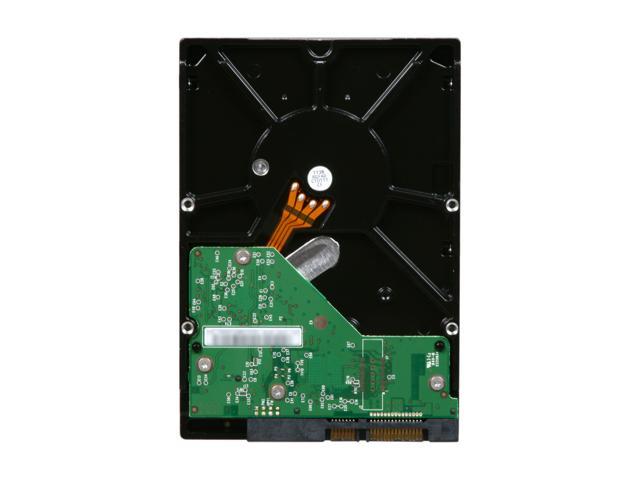 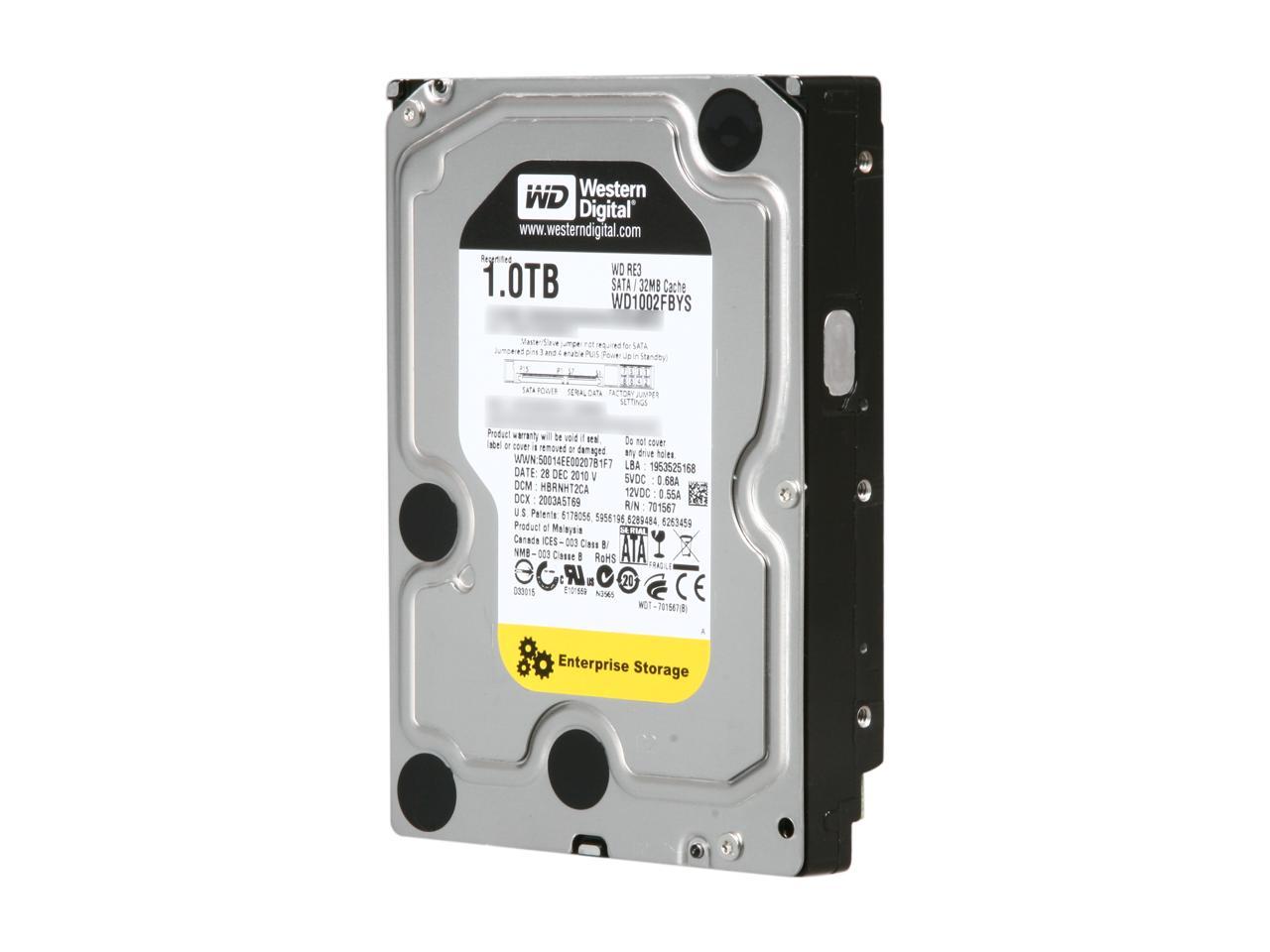 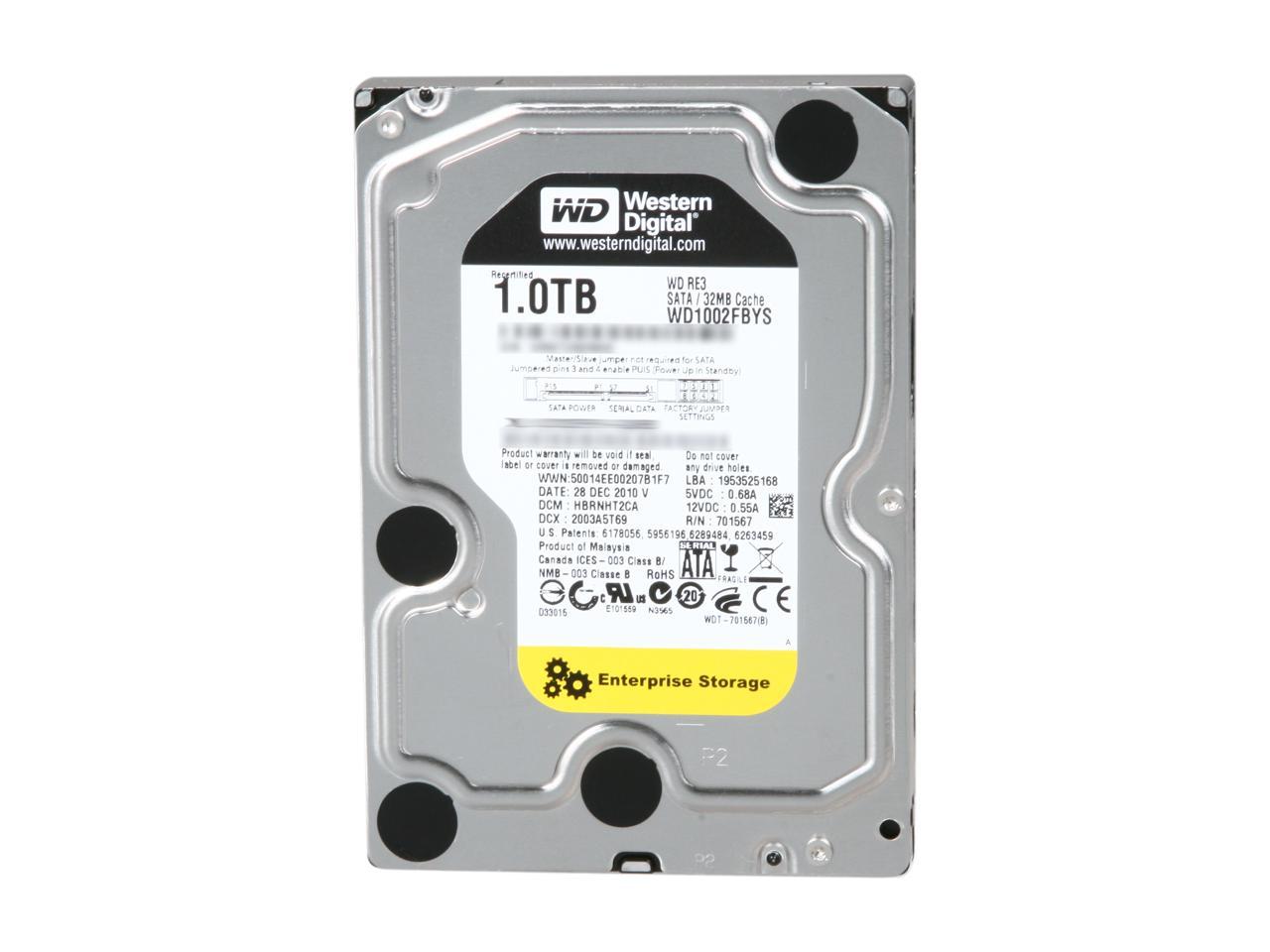 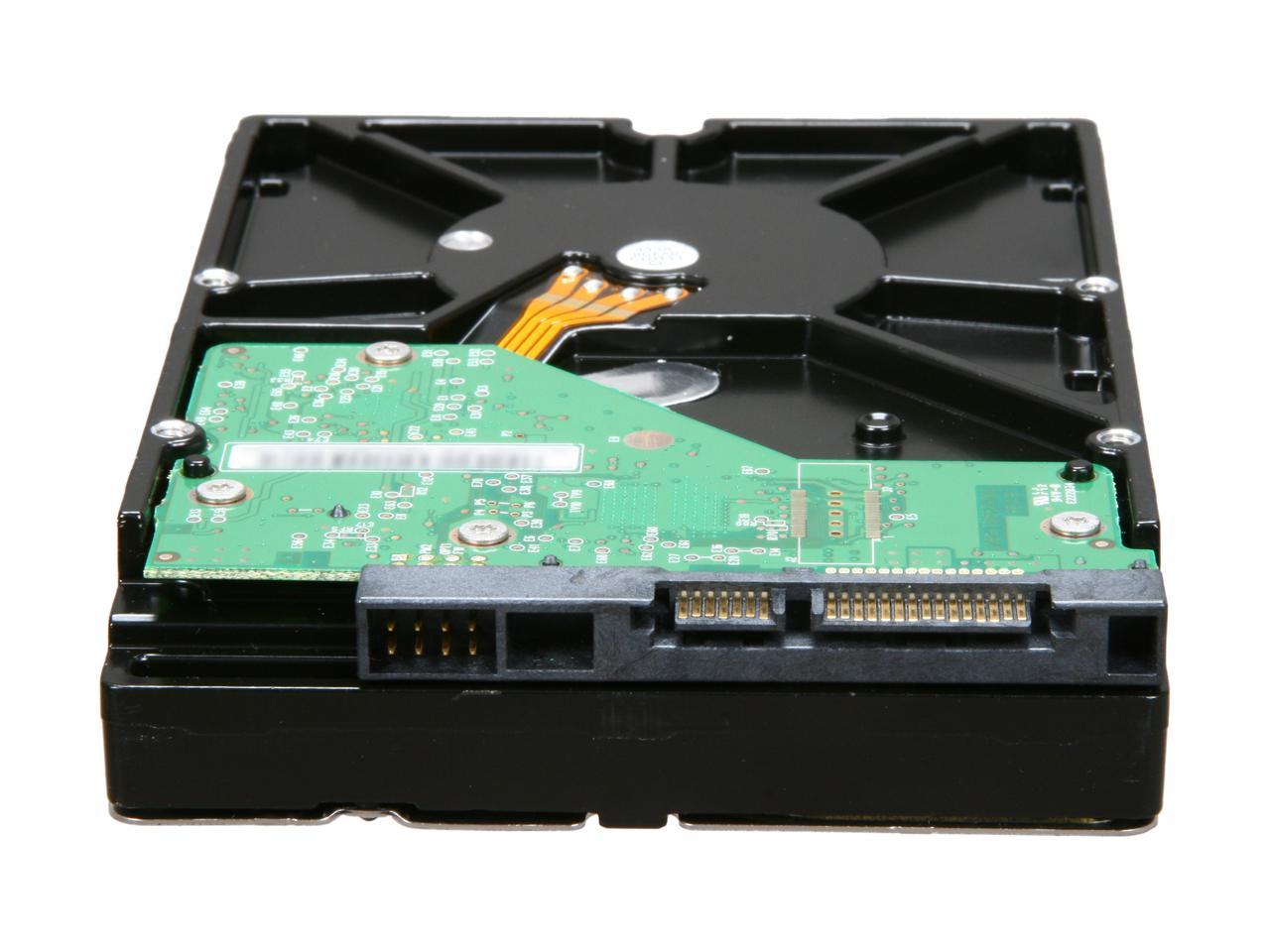 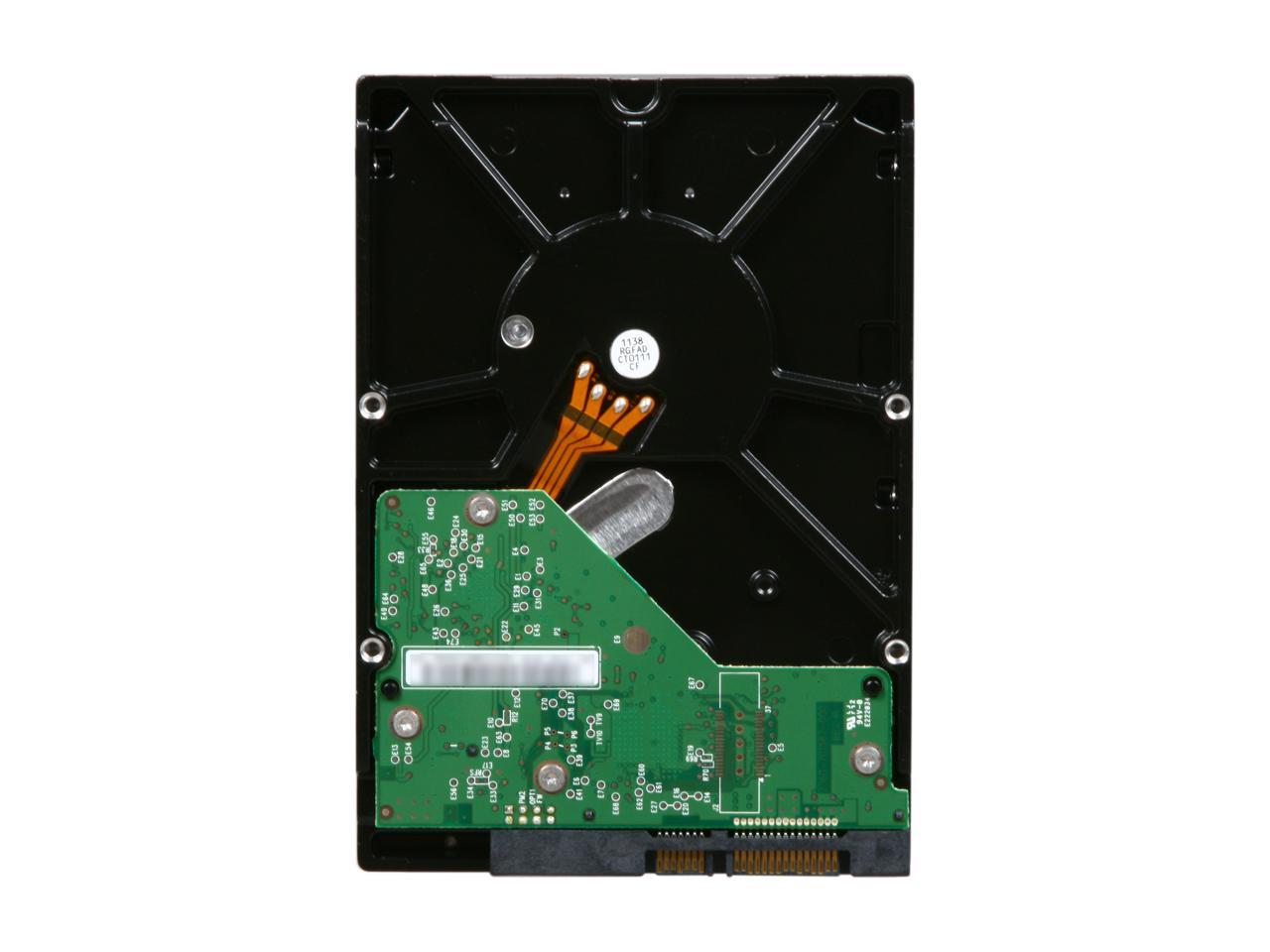 This means the product was tested and repaired as required to meet the standards of the refurbisher, which may or may not be the original manufacturer. Any exceptions to the condition of the item outside the manufacturer’s information should be provided in the listing, up to and including warranty details.
(101) Write a Review
OUT OF STOCK.
Fees for brokerage and duty included in price.
Overview
Specs
Reviews

Cons: None really if you know what you're getting.

Overall Review: I needed 4 drives, so I ordered 5 assuming one would arrive DoA or have errors on it based on other newegg reviews, but I'm happy to say that I have a perfectly good spare sitting in a box. So even if one drive gives up the ghost, it's replacement in my RAID-10 array is ready to go. if this gets me through at least 2 or 3 years, I'll be a happy camper. I am using them for thier intended purpose as server drives in use 24x7. I will update if I start to see early failures, but for the price I paid I couldn't be happier.

Cons: These drives were advertised as refurbed WD WD1002FBYS drives. There was no mention that they were OEM drives. The 4 I received were HP branded drives with HP proprietary firmware. On the HP site there is a critical firmware update listed, but unfortunately there appears to be no way to update it unless they are running in HP hardware. The update is for read failures due to a sticking situation with the read heads that is resolved by random full strokes of the heads at idle times in the new firmware. With OEM firmware you have no idea of what you are getting. Many OEMs have been know to step the drives down in speed. In the past I had purchased OEM ultra 320 scsi drives, the OEM had slowed them down to ultra 160 with the firmware. And as typical, no way to put manufacturer firmware back on them. These seem to be a little slow in the NAS I'm running, but it is a subjective observation. I did not test them outside of the NAS to verify.

Overall Review: I may have purchased something else if I knew these would have been OEM drives, but Newegg did not disclose that info anywhere that I could see in the ad.

Cons: This drive is a rebranded RE3, not supported by WD, It has no warranty on it all other than newegg's 30 day replacement. Newegg lists the model number as WD1002FBYS, but its actual model number is GB1000EAMYC, which is an HP part number, it even has an HP label on it. Putting the drives serial number in to WD's warranty checker comes back with No Limited Warranty. WD's site explains "Product was originally sold to a system manufacturer. Please contact the system manufacturer or the place of purchase for warranty service."

Overall Review: Newegg states this drive has a 90 day warranty, but thats just not true. Fault on this lies with Newegg. Newegg needs to make it known upfront exactly what people are buying, period.

Overall Review: I'm amazed by all of the nonsense contained in the reviews of this thing here. Firstly, if you have critical data that ain't backed up, then DO NOT put it ONLY onto a refurbished drive. Buy a fresh new drive (with full warranty) instead. Doing otherwise is just dumb. Some people are apparently under the mis-impression that the term "refurbished", when applied to hard drives, means that somewhere somebody was tasked to open the thing up, fish out the worn parts and replace them with new parts. Kids, that ain't how it works. These things are factory sealed and stay that way, forever. Opening them, other than in meticulous clean-room environments, would effectively destroy them. And nobody is going to pay to have a trained high-tech worker open all of these USED drives up and spend who-knows-how-long fiddling with each one. Is just isn't economical, e.g. for drives like these, which are being resold for less than fifty bucks apiece. Really, when it comes to hard drives, the term "refurbished" just means "used, but properly tested before being resold". I'm using the (good) one that I got as a backup drive for my main drive. That's a good use for a "refurbished" drive. Also, some people here have bemoaned the high Power-On-Hours. Well, hey! Guess what! These are used _enterprise_ drives. That means that they most probably came out of servers which with left running, 24/7 for LONG periods of time. This should come as no surprise to anyone. Somebody (Dell?) has a server farm someplace, and when their drives get up about, say, 30K power on hours, they swap them out, install new ones, and then sell off the old ones. Mine arrived with slightly more than 30K power on hours *and* with less than 800 Start_Stop_Count(s). That clearly indicates that this was hardly ever power cycled (which is actually a good thing... power cycling is one of the things that causes drives to break down eventually). Anyway, I am OK with that 30K POH. I expected something like that when I placed my order, and I think that others here are silly if they expected otherwise. Yes, that *is* about 3 and 1/2 years of power on time, but so what? These WD *black* drives have original warranties of FIVE YEARS, and they are built like tanks. I would rather have one of these refurb black drives than a brand new WD Blue drive (with just 2 year warranty) at the same price. I expect the black drives to last, on average, well past 50K POH, and hopefully, until they become obsolete just based on newer/cheaper/ higher capacity drives becoming available.

Cons: 2 of the initial 4 failed extended tests Short Warranty (30 day RMA to Newegg Replacement ONLY!) These drives do not have a 90 day manufacture warranty as listed.

Overall Review: Good drives for the price. We should all know these are used and have 3+ years power on time on them. Other than that it should be a good drive for the price. These DO NOT have a 90 warranty from WD because they are OEM drives. They are the same drive as a WD RE3 but appear to have a Dell firmware on them. These drives will also not qualify for the WD customer loyalty program, not that that really matters. As with all hard drives these should be tested before trusting them with data. All drives passed the initial SMART test. This is likely all the testing that was done prior to reselling the drive. Download the WD Data Lifeguard program and run an extended test. For me the extended test took around 11 hours per drive. I ordered 4 drives and 2 of them failed the extended test. On drive failed the extended test a few hours in to testing. The other failed in the first 10 minutes. The error code for both was "08 Too many bad sectors" this is a sign that the remaining life of the drive is limited. Newegg was great with the RMA process and the 2 replacement drives passed the extended test. Over all a good product at a good price

Cons: Bought 3 drives to replace smaller ones in 4 drive NAS. One was bad right out of the box, and second drive is getting SMART errors after 1 week in NAS.

Overall Review: Bought same drive "new" 10 months ago with no problems to date.

Overall Review: People need to stop buying these for PC single drive or other non-RAID usage. These "RE" drives have a firmware optimized for RAID usage. They will report a read error sooner (TLER) expecting a battery backed RAID controller on top to either reconstruct the failed read from other RAID members or issue another read operation. The number of people here apparently using them in single drive or other non-RAID setups and then reporting failure is mind boggling. Please folks, do some homework. In a server with a RAID controller, you want the drive to report a raw read error quick instead of the drive doing lengthy recovery attempts. That is what these drives do. I have a total of 10 of these drives from multiple sources (including Newegg) working 24x7 in refurbished Dell PowerEdge servers attached to PERC 6i controllers. That is the way they were designed to be used and that way they work fine.

Pros: Cheap price for a RE3 drive (refurbs). Packed very well and all four worked when they arrived.

Cons: These refurbs were not advertised as OEM drives. The four I received were HP OEM. Problem with OEM is you never know what they have altered in the firmware. I purchased some Ultra320 SCSI drives years back that were OEM and the firmware limited them to Utltra160. Not cool. Also updating the OEM firmware is next to impossibe unless you are running them in their equipment, which of course I'm not. There is a critical update listed on the HP site for these drives, but I am unable to install it.

Overall Review: Wish Newegg had noted that they were OEM refurbs, might have made a different decision on this product. So far they are working ok, but seem a little slow. I don't have another test bed to put them in to verify speed of the drives vs. the supporting hardware right now so the speed comment is unsupported. Would have given 4 or 5 eggs if they were not OEM drives.