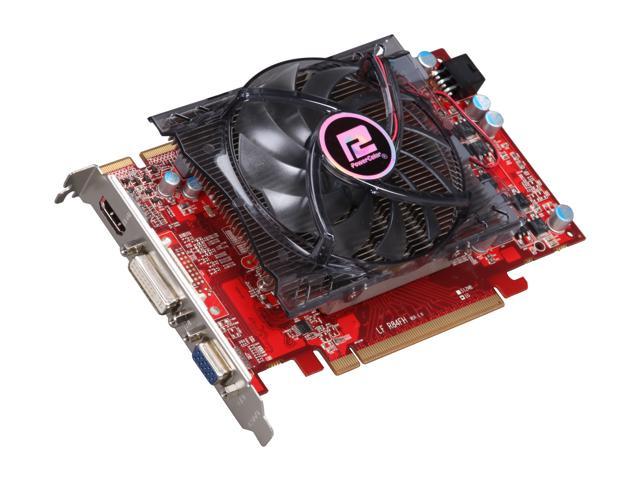 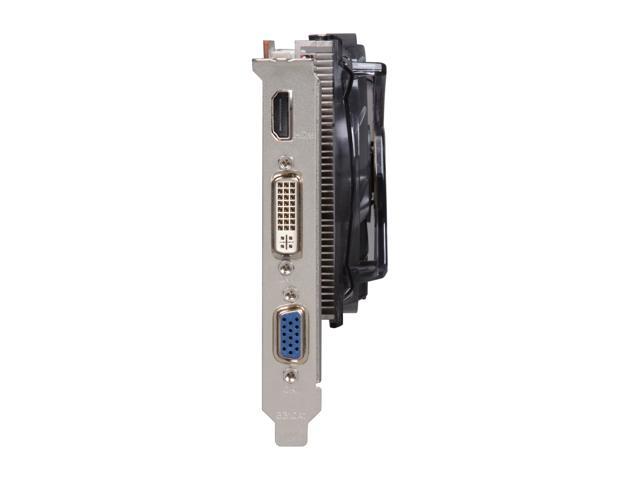 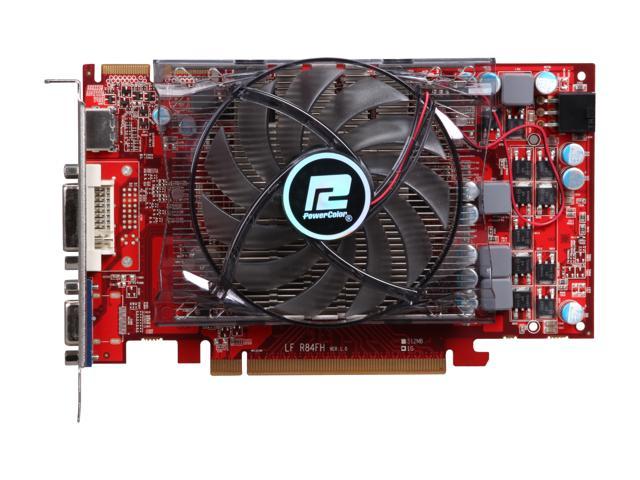 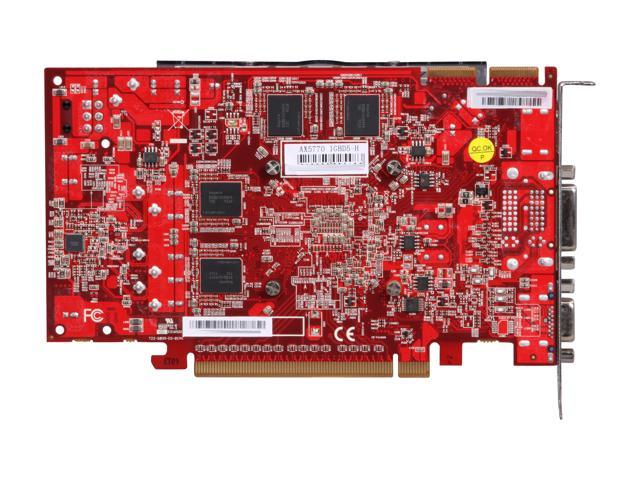 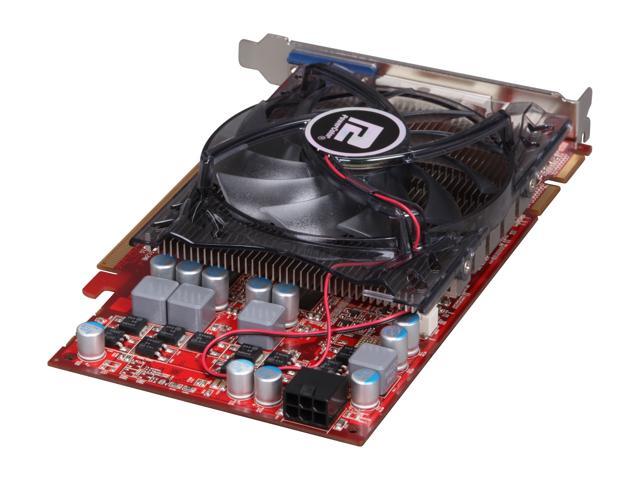 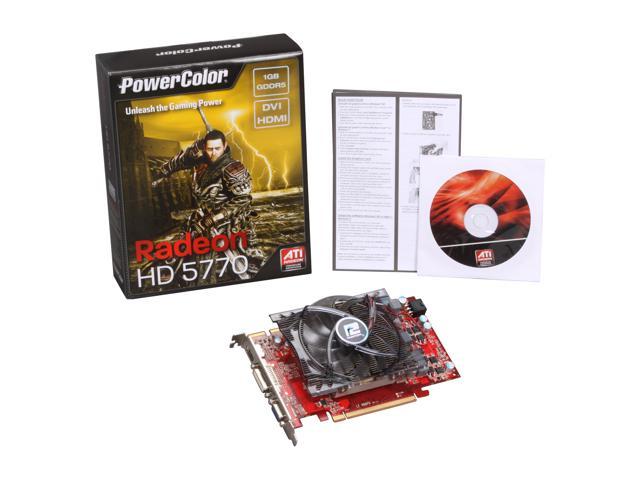 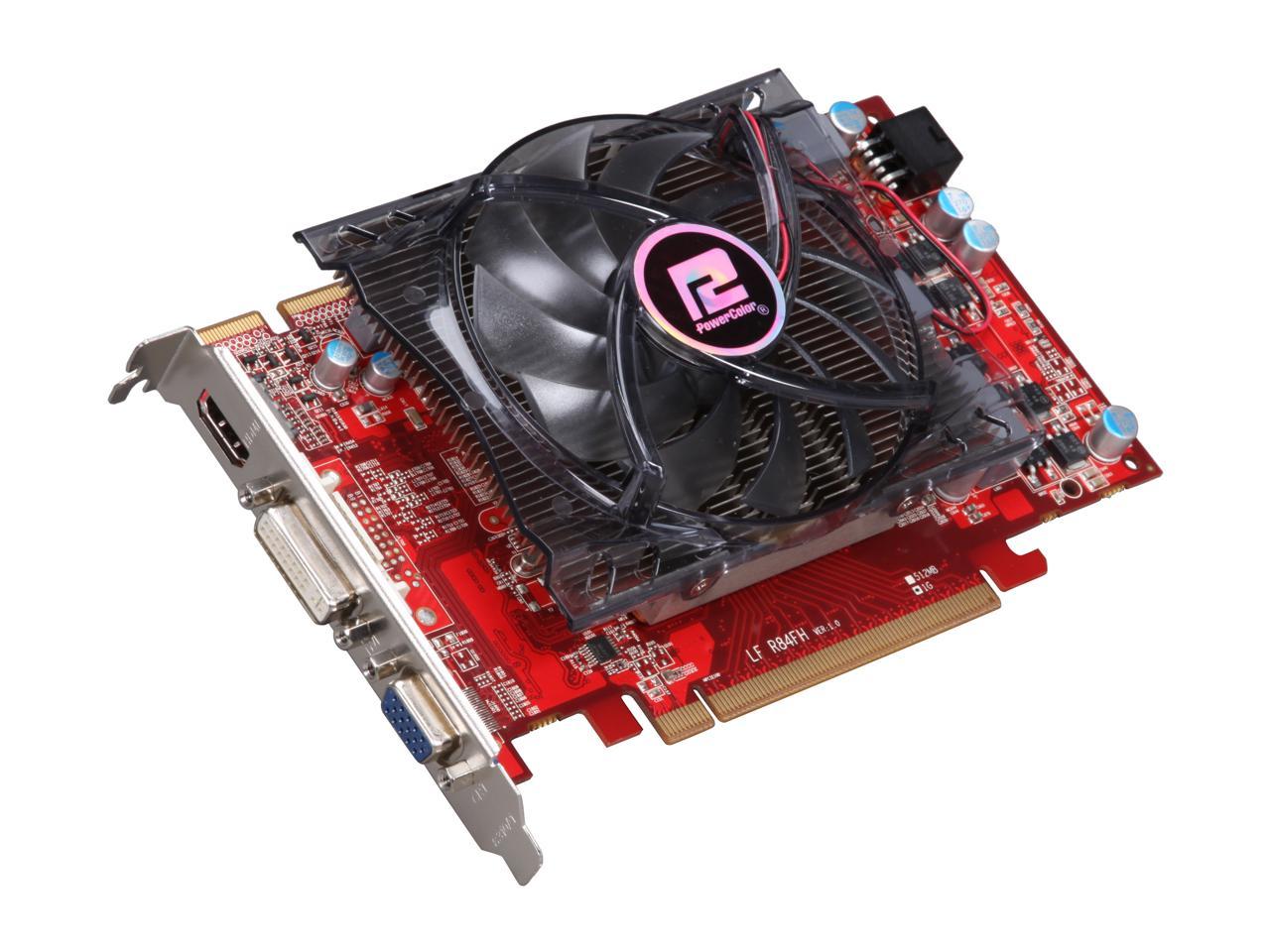 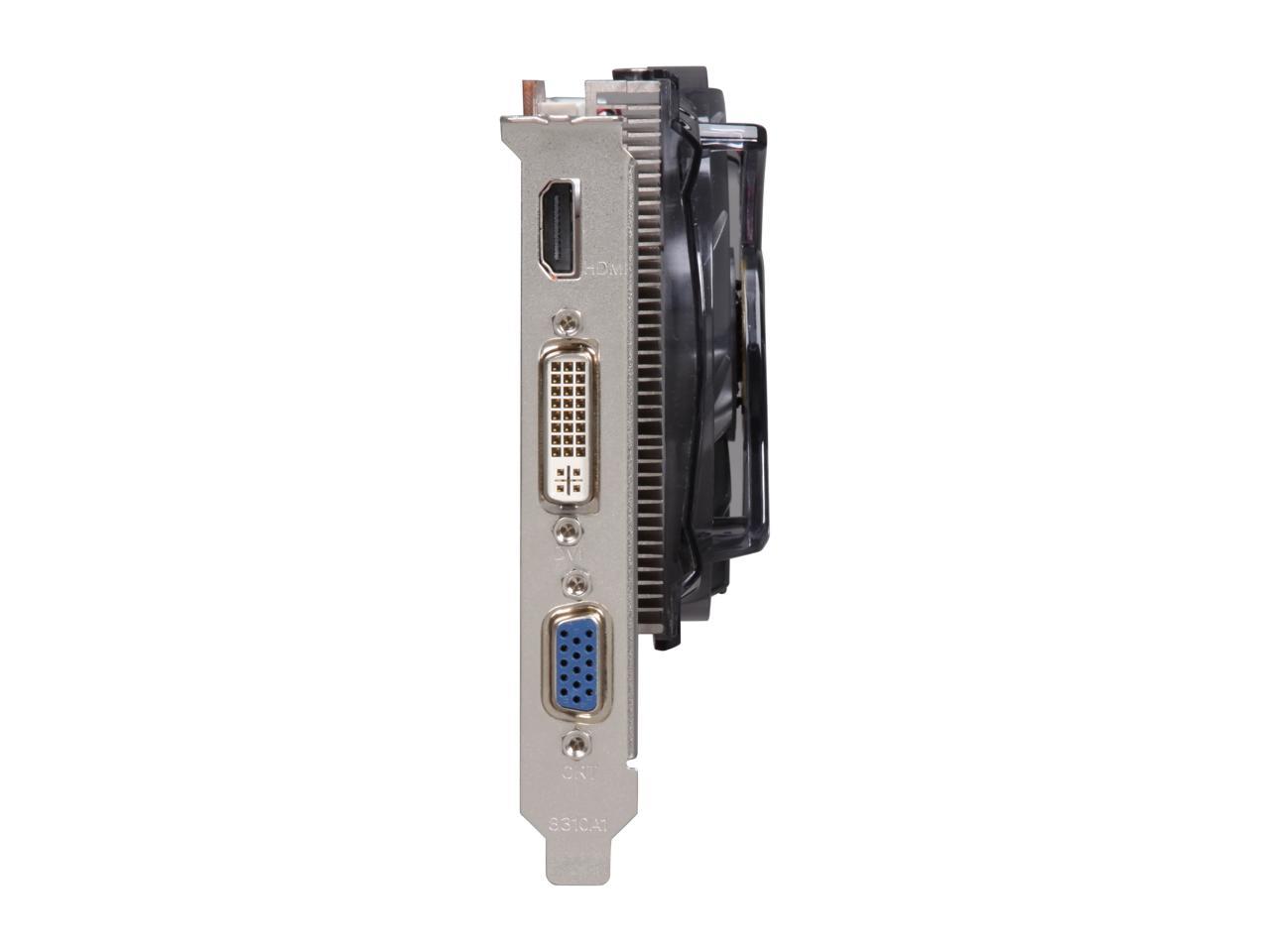 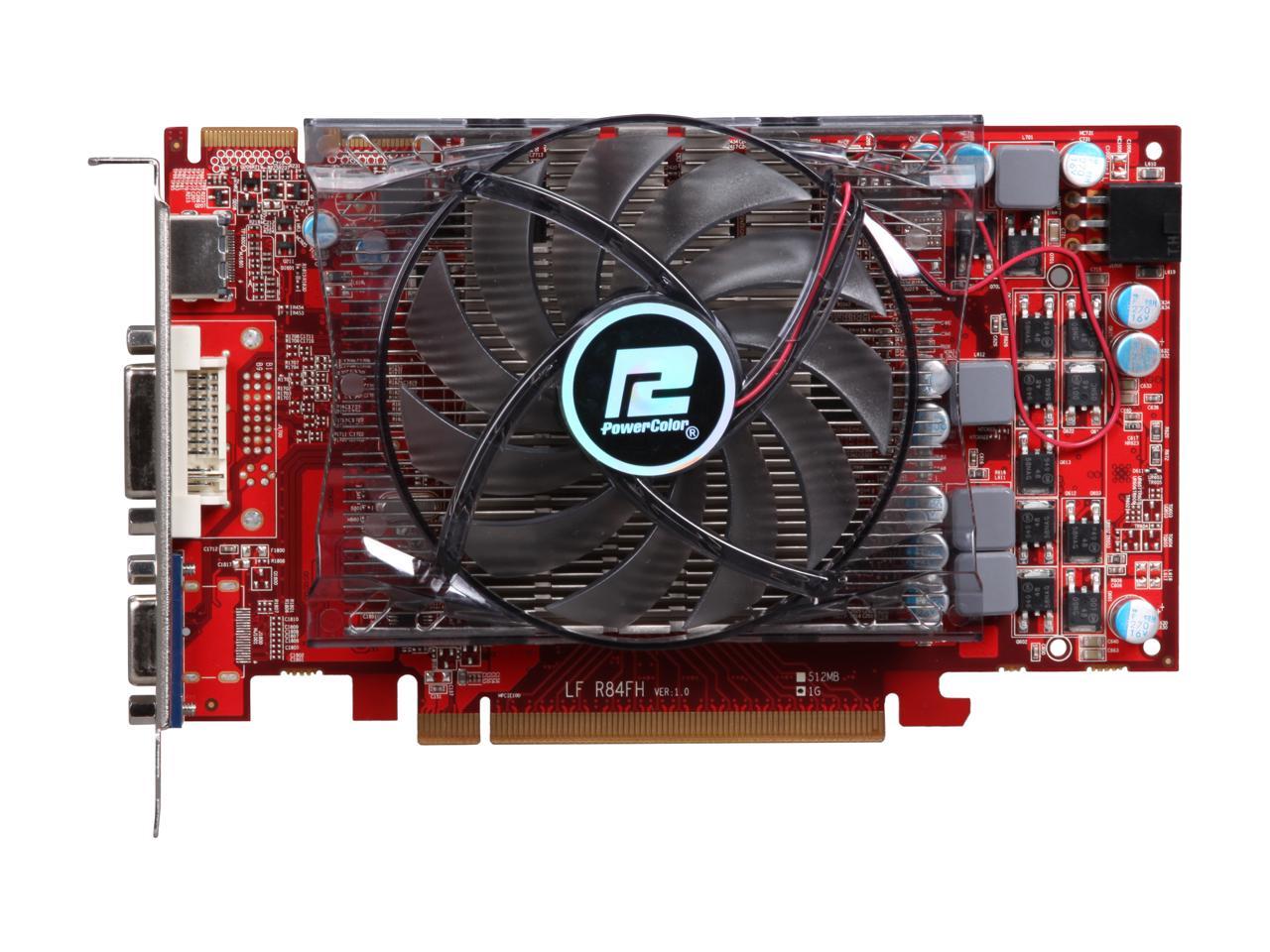 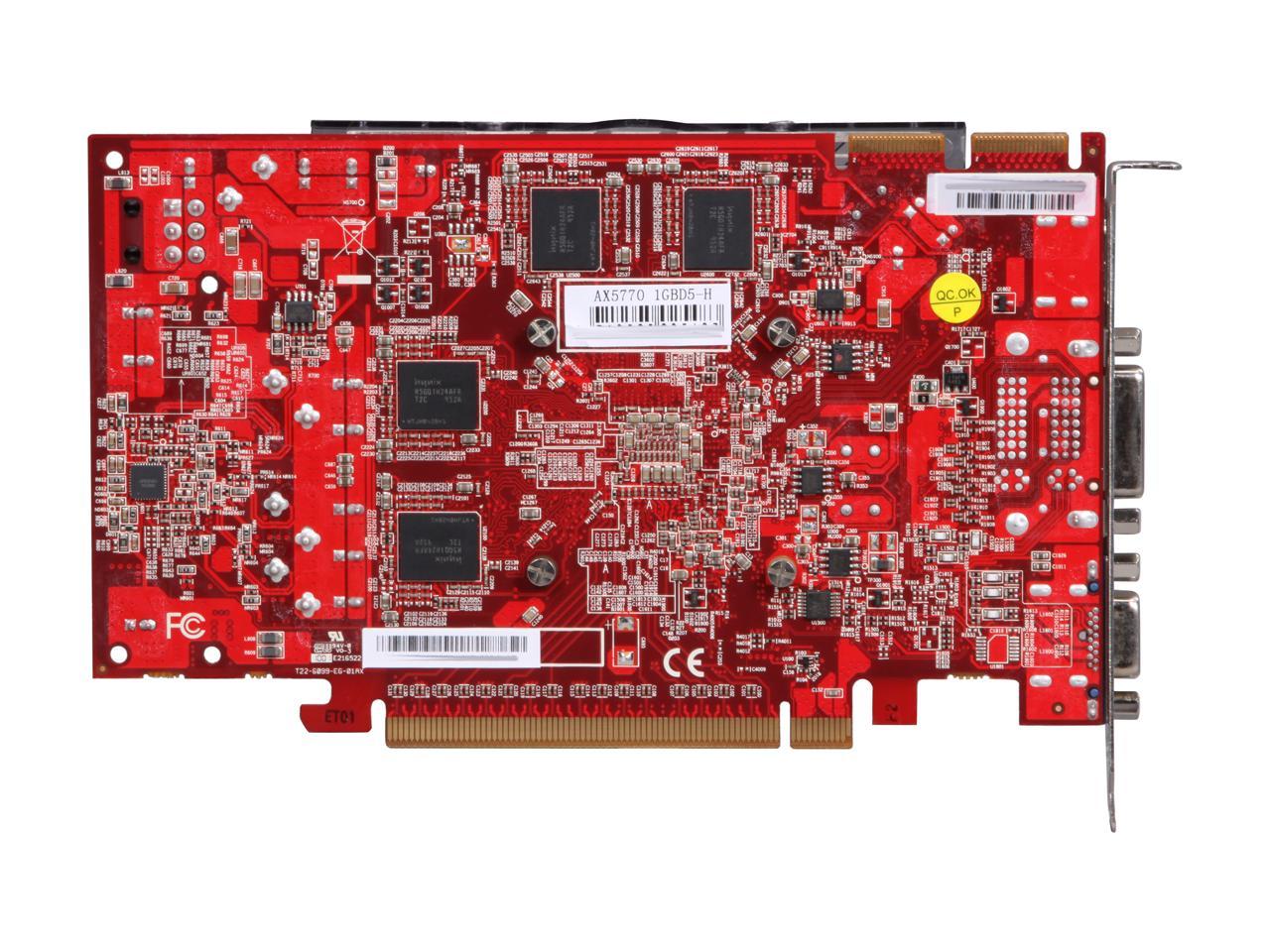 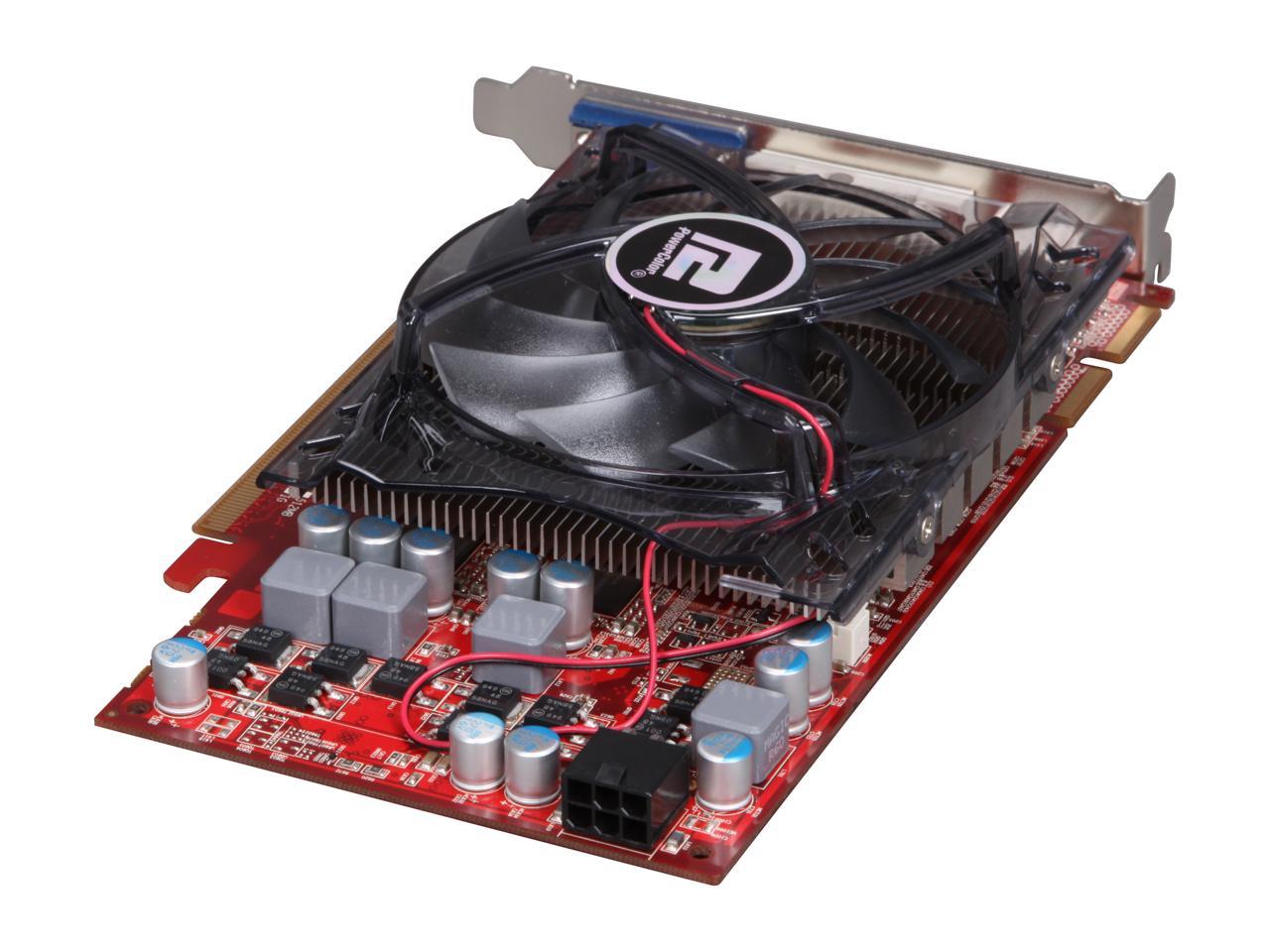 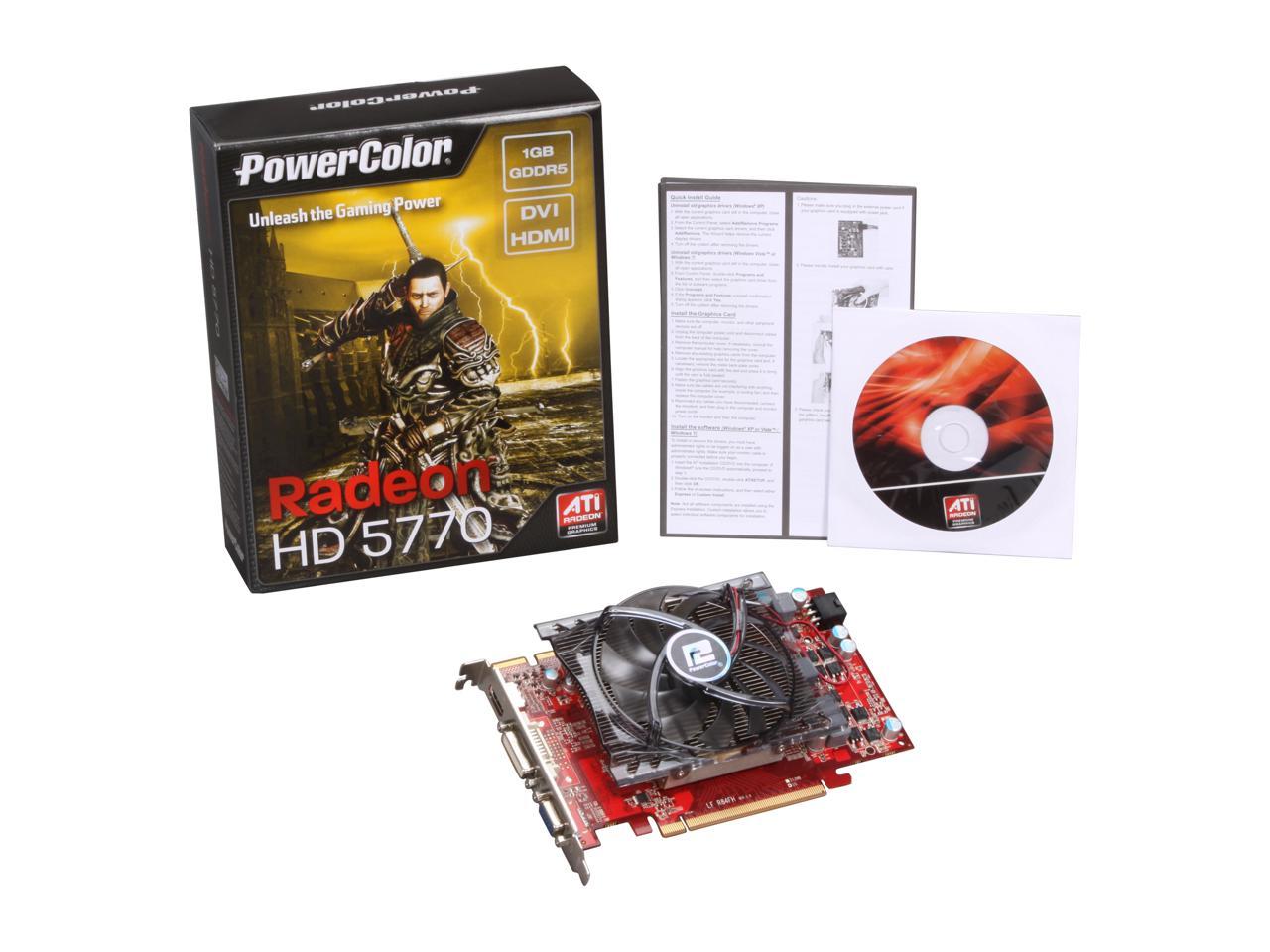 (71) Write a Review
OUT OF STOCK.
Fees for brokerage and duty included in price.
Specs
Reviews

Pros: Upgrade from NVidia GS 8400 -- Windows Experience Index went from 3.1 to 7.4 for both graphics measurements. Downloaded most current drivers from ATI and installed flawlessly. I'm not much of a gamer but the ones I do have are noticeably improved in graphics -- turned on AA to 4x and AF. Has DVI, VGA and HDMI which is what I wanted.

Overall Review: I wanted VGA to be able to connect to my KVM -- a lot of cards are dropping VGA.

Cons: - Big cursor issue on a Core i5 750 build with Windows 7 I did for a relative of mine, with both Catalyst 10.3 and 10.4 (wasn't this issue supposed to be fixed by now?). This issue does not occur on my Phenom II X4 965 build, with the same OS and Catalyst 10.4 drivers. Enabling cursor trails and setting the trail to the smallest setting so it's not that visible is the fix I am using for that big cursor issue at the moment.

Pros: This is the Video device that has sold me on AMD/ATI for the long term. I've used them exclusively since I bought this in 2011. It's been overclocked, overheated, overclocked again, ran in several different systems, used in games much higher than it's actual capabilites, and it still works. Currently it's living the easy life in my server (Minecraft and FTB Unleashed) with other outdated hardware like my i7-870. Still going strong, and still reliable.

Cons: Not new, and people won't be watching this.

Pros: Single slot installation, shorter than other cards of the same model. Has VGA, DVI, and HDMI so all bases are covered. Heatsink appears to be of high quality, copper base with aluminum fins.

Cons: PCI express power plugs into the end, would prefer it to be oriented on the side (see below)

Overall Review: The card measures 7.2 inches long (not including the marginal extra thickness of the mounting bracket). It fits in a Lian Li Q07 mini ITX case but is difficult to install. I had to flex the case outwards slightly to get it in (not enough to permanently deform). The power connector needs to be connected before installing the card or you will never get it hooked up. You have to really bend the cable to make it fit in that case (the cable will be pressing right up against the inside wall of the case). VERY IMPORTANT: The card is 1.6 inches thick from the back of the PCB to the top of the heatsink shroud, so with the Q07 case, it does not allow you to mount a standard 3.5 inch hard drive where they provide you a mount. My solution was to remove the mount, and get a "Startech SLIMCDFDCAGE" and now use a slim optical drive for a laptop and put the hard drive below the slim optical in the 5.25 slot. Have not tested for gaming yet, I'm sure the other reviews will be helpful with that

Cons: Can't select 1300 as an option for the Memory clock...nothing wrong with that...just me being OCD. If the reason you're getting this single slot card is because of space, the fan sticks out far enough for it to be an issue in some places.

Cons: None at all!

Cons: Not a big deal but the cooler obviously doesn't vent out the back of the slot.

Pros: Fast, stable, and cheap (was $99 after rebate). It's also not much of a power guzzler, and it runs cool even slightly OC'd (910/1275), and under load. No hassle install, single slot solution.

Cons: It's a bit "light" on extras (no crossfire bridge/cable, "extra" software,etc). You can hear the fan, slightly. But I think those are nitpicks, considering the price.

Overall Review: Bought this (and a new power supply) to upgrade the HD 4850 that shipped with my Dell Studio awhile back. Install went swimmingly. It actually opened up room in my case (the 4850 was much longer) and improved airflow and temps. MUCH faster than teh 4850 AND DX 11 Support. I typically run my monitor at 1600x1050, so wasn't looking for a monster card (it's a 24 inch wide screen monitor that I sit about 18 inches from), just something a bit faster with more modern support. Playing Rift at High Settings with AA on, 8x Anisotropic filtering. Can get Ultra settings by reducing draw distance and ground clutter. Sure, I'm not going to be playing Crysis 2 at Ultra settings...but then, I'm not really looking to. :)