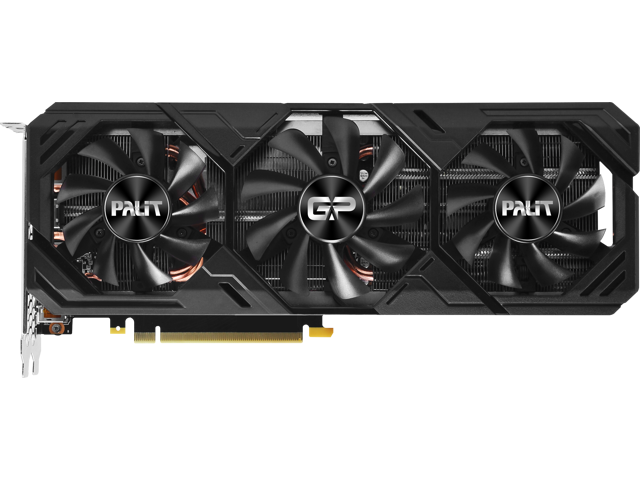 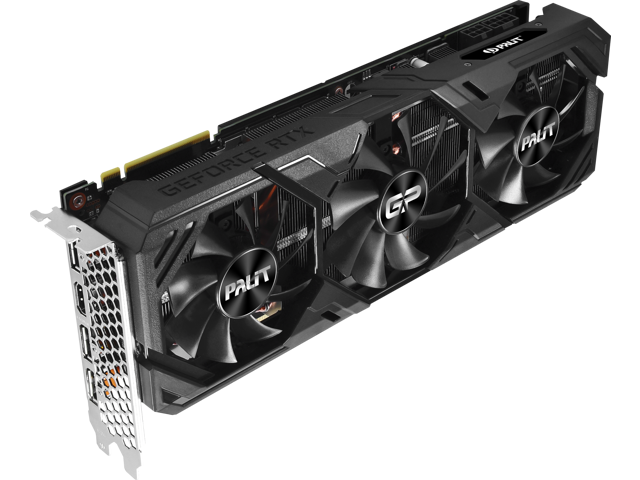 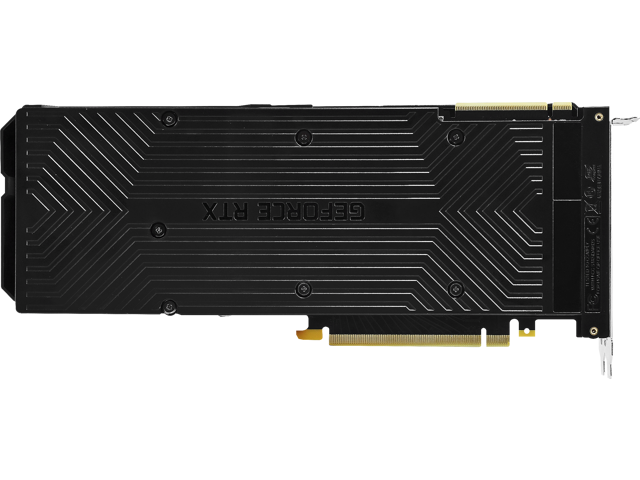 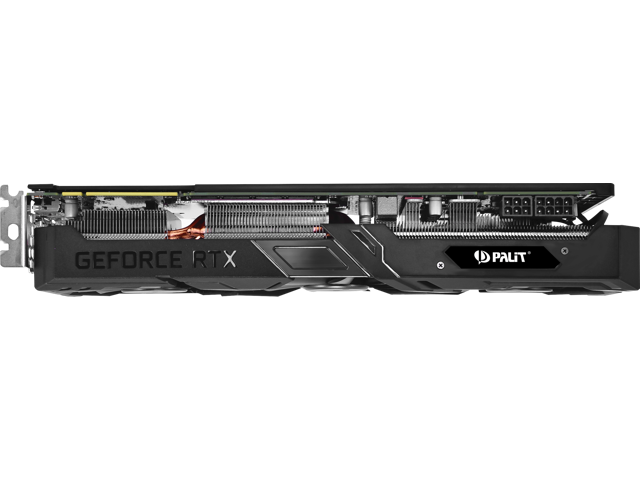 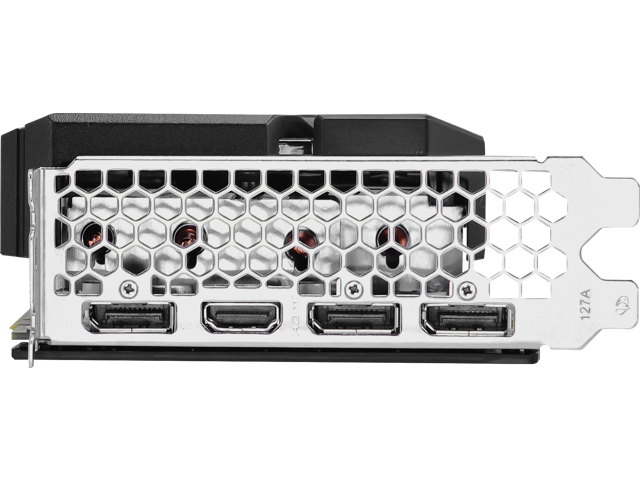 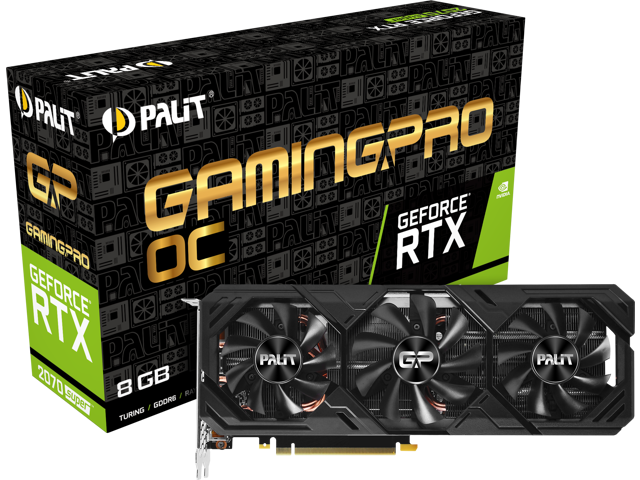 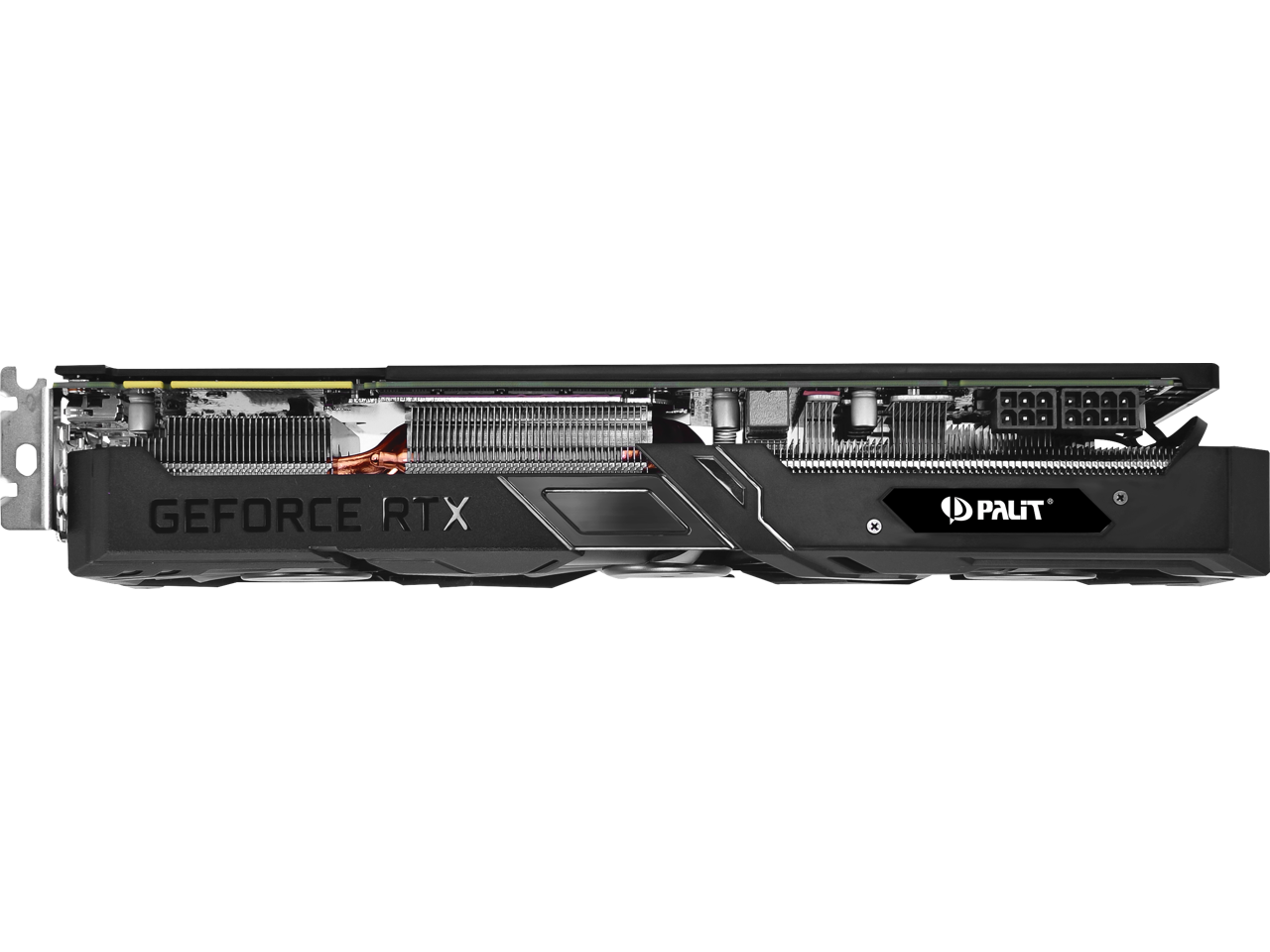 (4) Write a Review
See more "2070 super"
In stock.
Ships from Canada.
LOADING...
Overview
Specs
Reviews
GeForce® RTX 2070 SUPER™ GP OC The GeForce® RTX 2070 SUPER™ is powered by the award-winning NVIDIA Turing™ architecture and has a superfast GPU with more cores and faster clocks to unleash your creative productivity and gaming dominance. It’s time to gear up and get super powers. GET SUPER POWERS Now the new GeForce® RTX SUPER™ Series has even more cores and higher clocks, bringing you performance that’s up to 25% faster than the original RTX 20 Series. It’s time to gear up and get super powers. NVIDIA Turing™ Architecture GeForce RTX™ graphics cards are powered by the Turing GPU architecture and the all-new RTX platform.

This gives you up to 6X the performance of previous-generation graphics cards and brings the power of real-time ray tracing and AI to games. *UP TO 6X Faster Performance *REAL-TIME Ray Tracing in games *Powerful AI enhanced graphics NVIDIA STUDIO Create without compromise. Studio combines NVIDIA GeForce® GPUs with exclusive NVIDIA Studio Drivers designed to supercharge creative applications. Unlock dramatic performance and reliability—so you can create at the speed of imagination. BROADCAST GeForce RTX™ features a dedicated hardware encoder that unlocks the ability to game and stream simultaneously with superior quality. RTX graphics cards are optimized for your favorite streaming apps, like Open Broadcaster Software (OBS), to provide maximum performance for your live stream.

NVIDIA G-SYNC® Get smooth, tear-free gameplay at refresh rates up to 240 Hz, plus HDR, and more. This is the ultimate gaming display and the go-to equipment for enthusiast gamers. Real-Time Ray Tracing In Games Ray tracing is the definitive solution for lifelike lighting, reflections, and shadows, offering a level of realism far beyond what’s possible using traditional rendering techniques. NVIDIA Turing™ is the first GPU capable of real-time ray tracing. Game Ready Drivers Get the highest levels of performance, and the smoothest experience possible, from the moment you start playing.

VIRTUAL REALITY Experience next-generation VR performance, the lowest latency, and plug-and-play compatibility with leading headsets-driven by NVIDIA VRWorks™ technologies. VR audio, physics, and haptics let you hear and feel every moment. RGB Lighting The color lighting from RGB LED can be changed in accordance with graphics temperature. The temperature can easily be identified by different colors from the external appearance of the graphics card. Gamers can choose from 16.8 million colors to suit their own style and preferences.
• GREEN: <50? •
BLUE: 50~80? •
ORANGE: 80~90? 0-dB TECH Keep Silent while you are experiencing the multimedia application and general workload. The operating fans only occurs while working on heavier loading such as gaming that the GPU temperature surpasses 60°C. DrMOS DrMOS, originally only available for high-end server CPUs, is now available in all its glory in the next generation of Palit graphics cards. DrMOS offers high current circuits, low noise operation, and effective reduction of heat generating. 4k3 With its three DisplayPort ports, the Palit provides a flawless, jaw dropping experience at 4K monitors surround.

Cons: - coil whine is out of this world

Overall Review: Replace a gigabyte 1070ti with this card, overall I am impress by the quality of the PCB and the choice of components. Memory chip is insane and capacitor are great. I love the cooling of the card, never exceed 70C. Only big problem is the coil whine is out of this world. I love the card for the performance it gave me at 1440p but I hate it for the coil whine...

Cons: Didn't get the free R6 game although all other NVIDIA cards were getting it

Overall Review: would definitely recommend it

Cons: - rtx is overpriced but still very nice - rgb look cheap but do the job - fans at 100% sound like a jet

Overall Review: Solid GPU and a good upgrade from my gtx 1060 6g