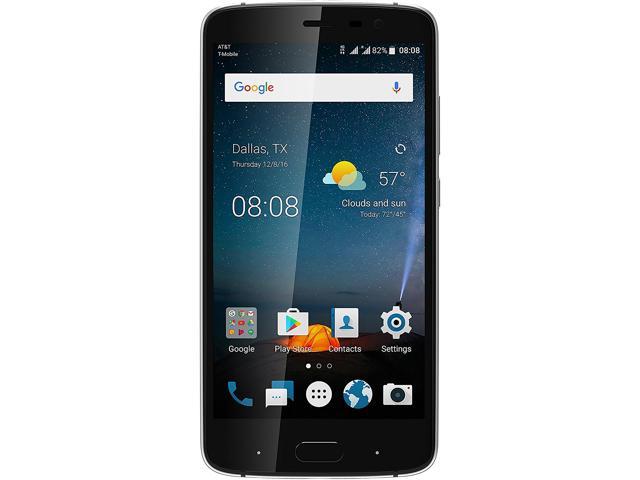 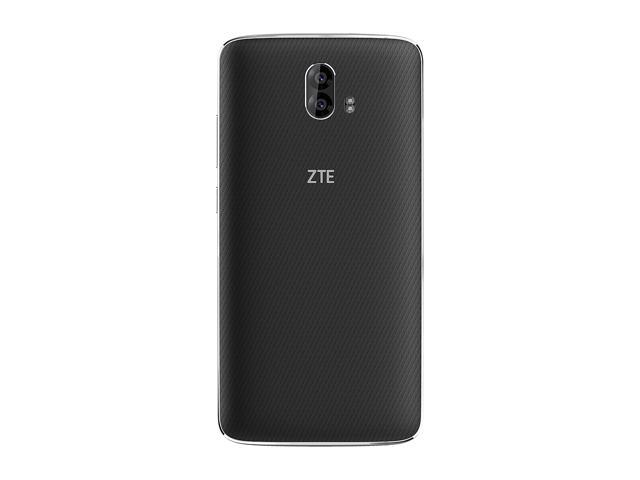 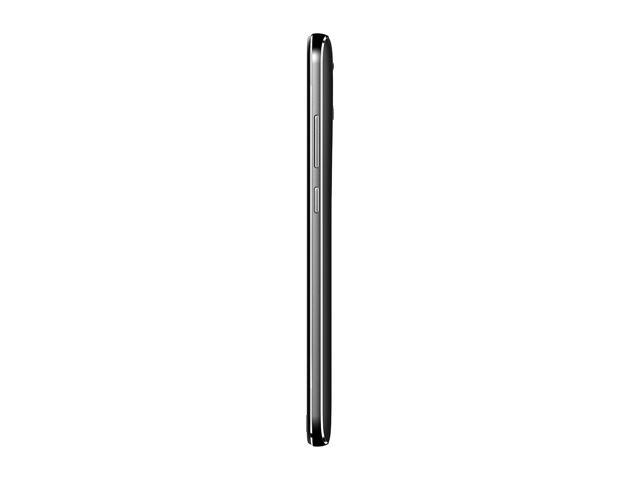 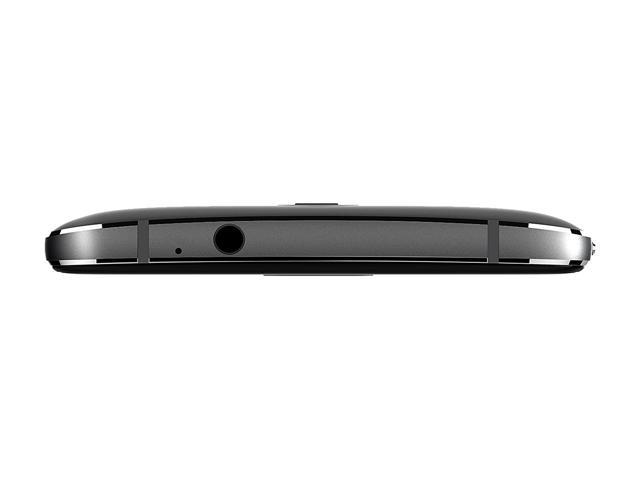 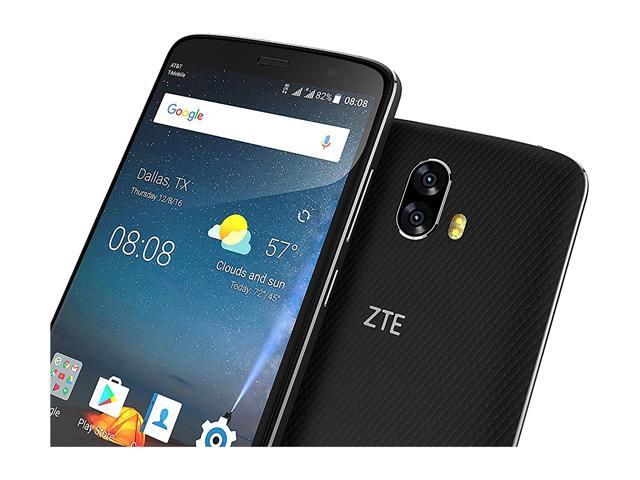 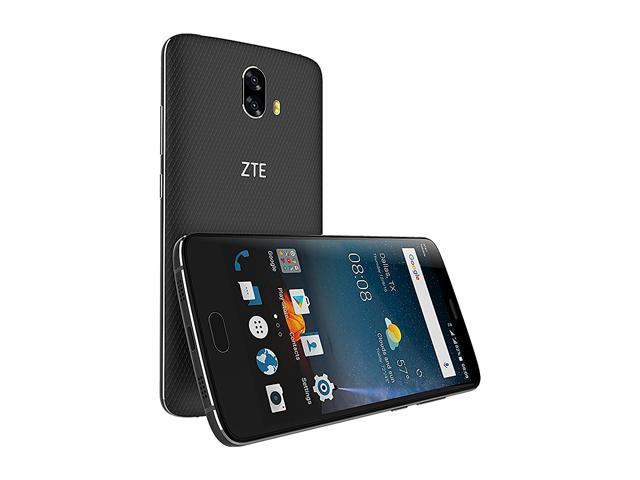 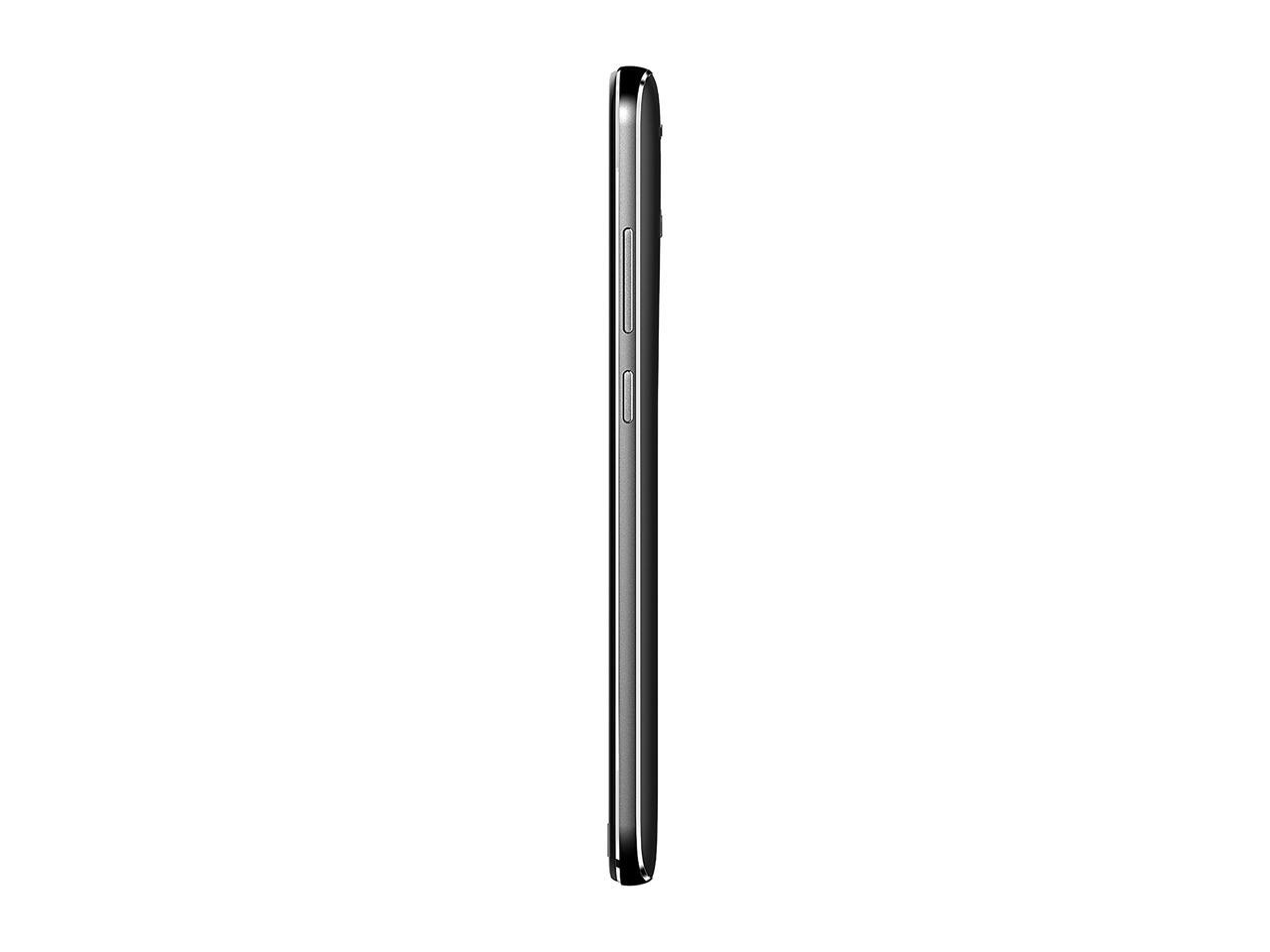 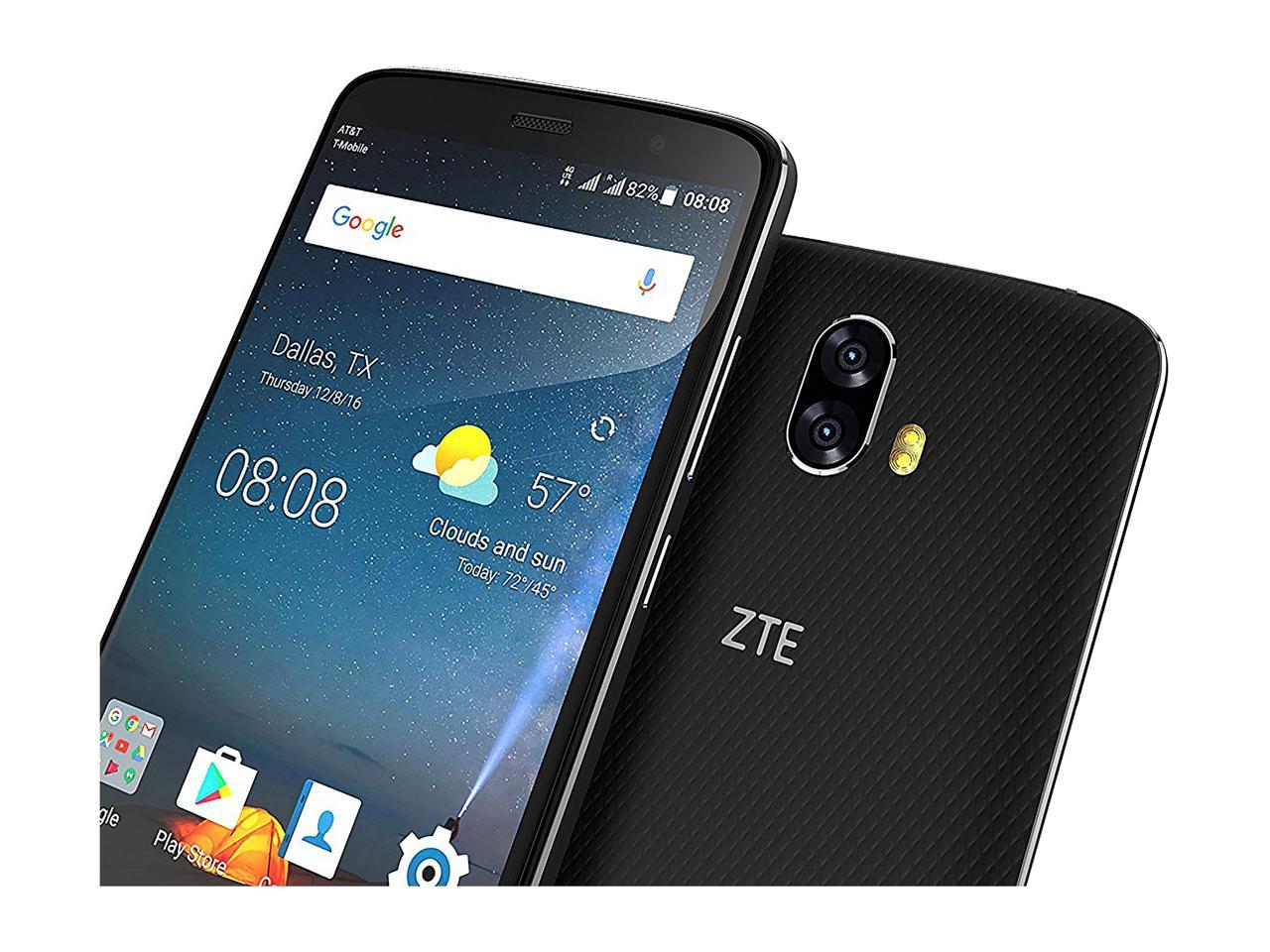 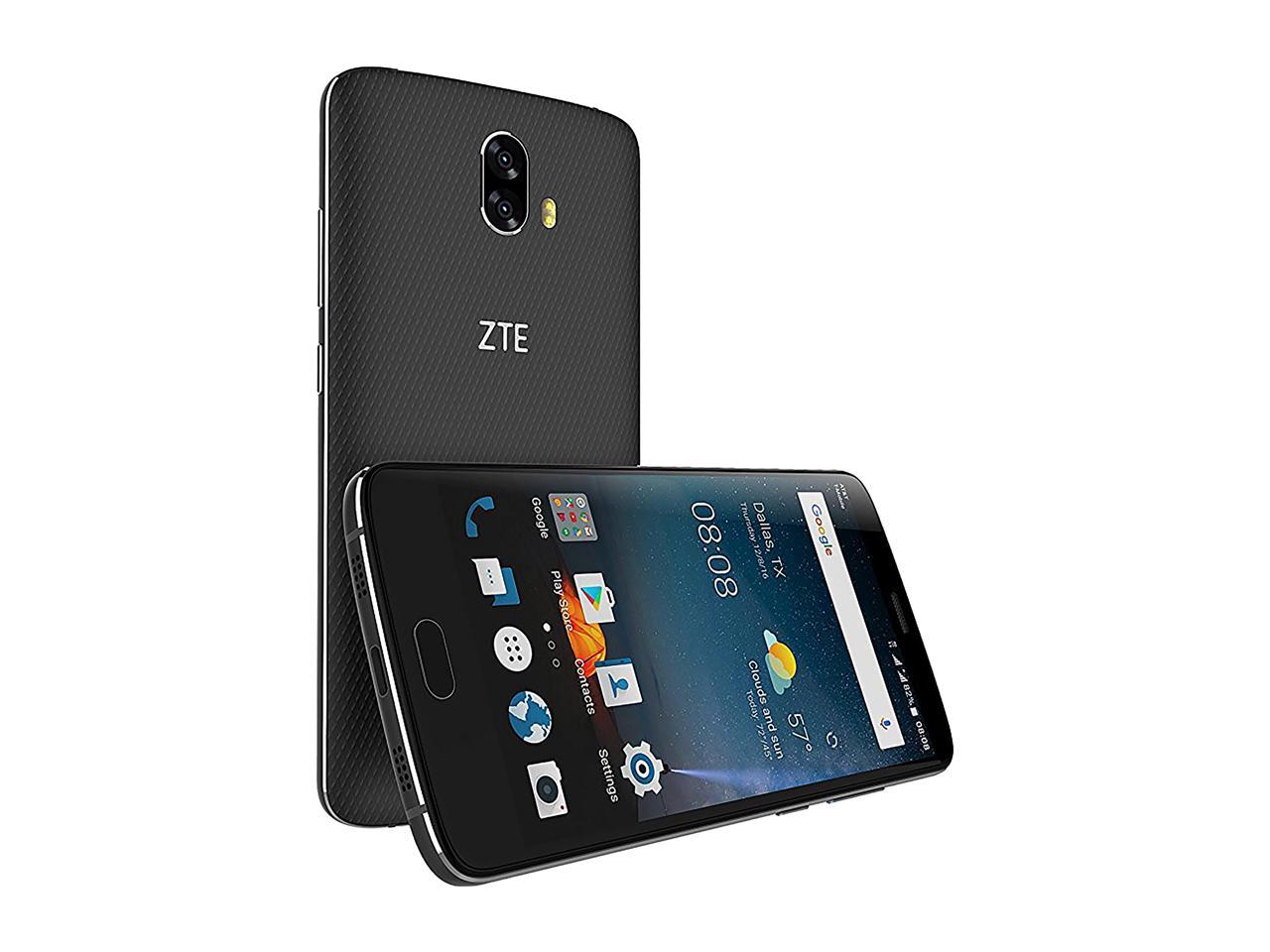 (37) Write a Review
OUT OF STOCK.
Fees for brokerage and duty included in price.
Specs
Reviews

Cons: -No option to block numbers from calling you

Overall Review: This phone is an absolute bargain at MSRP, and supports T-Mobile, which has some of cheapest 28 GB plans on the market (I refuse to call them "unlimited" though). Phone is responsive, powerful (runs Hearthstone like it's nothing and can even handle the Second Life viewer Lumiya's 3D view better than most), and has a ton of storage for games, music, and video storage, with a screen just big and detailed enough for such things. Camera is great, battery can last nearly a whole day with heavy use (as a GPS during road trips for example) or several days with lighter use, and charges to full in less than an hour on a Quick Charge 2.0 charger. Call clarity is good as well. So are there any cons? No CDMA support, so Sprint and Verizon aren't an option, but phones that support CDMA AND GSM are rare, so I won't count off for that. The only major con I have is that the Android version in use here does not allow you to block callers, at least not without the use of 3rd party apps that don't always work right. Not a deal-breaker for me, but it's such an absurd oversight that I have to knock off an egg for it. On the other hand, ZTE did patch out the music app issues you may see other reviews complain about, so that's a plus. All in all, the good heavily outweighs the bad here. This phone is a safe bet.

Cons: - As others have mentioned, the speakers are a little weak making using it as a speakerphone in a noisy space difficult - Otherwise nothing I've discovered yet

Overall Review: When my old Galaxy S4 finally bit the dust, I couldn't justify the price of a current generation Samsung, so I thought I'd try this lower cost, off brand Android first. ZTE has totally won me over - my wife has one now also and she loves it too and has been recommending it to her friends as well. As I was moving up in technology, I expected better performance and features and this phone really delivers. I am especially impressed with the power management and battery life. I often use my phone for games and as a portable hotspot which used to really sap the battery in my S4. Now I can run these for hours and still have plenty of power left. Getting the phone installed was simple and straight forward (Thank you Google for great Android software and ZTE and T-Mobile for not getting in my way). Thankfully, my old SIM card was die cut so I could just punch out the plastic to convert it to the nano SIM form factor. I did the update and can verify the "audio sleep" issue is fixed. I heartily recommend this phone to anyone looking to upgrade their Android phone. With the quality and features in this $200ish phone, I see no reason to spend $700+ for a name brand device that will be obsolete in a couple of years anyway.

Pros: - Very little junk/bloat software, if any, which results in a "clean" experience without the weight of normal phones. Awesome! - Pretty good camera. I'm not on staff at Nat Geo, but its good enough for my uses at this point. I'd happily take it on vacation as my only phone. - Feels like solid phone, a "good buy". With ZTE's branded phone case, plus a screen cover, the product feels very sturdy and of high quality. - I feel I've reached Zen with this phone: being a cheaper phone, my expectations weren't as high. That has resulted in a great experience as the phone has been solid. So thumbs up. - Not a lot of software bugs.

Cons: - Camera could be better. But given the price, its unfair to knock it on this. - No wifi calling on T-Mobile.

Overall Review: - I'd recommend this phone to just about anyone. Given its price point its a steal. A great phone fora great price. Just buy this, and be happy. You found the sweet spot of value to performance.

Overall Review: If you don't mind being capped at Marshmallow for your Android version, this phone is pretty hard to beat. With the street price at Newegg running around $140, it makes it pretty hard to give two hoots whether ZTE ever provides an OS update (and they probably won't). I've had mine for a few weeks, and I'd say the only thing I could ask for is a more on-board flash memory. But that's nothing throwing in an SDXC card won't fix. The display is bright and sharp, the front-mounted fingerprint sensor works well, and the phone's overall speed is great -- I've suffered no lagging or slowdowns. 3GB of RAM seems to be more than adequate; I have never dropped below 1.2GB available at any given time (usually 1.7GB or more is free). The Snapdragon 625 processor isn't the latest-and-greatest, that's true... but it's still very good. I don't think I've ever seen its eight 2GHz cores hit 50% aggregated utilization, no matter if I'm watching videos or whatever else I throw at it. (Phone gamers take note: I'm not a gamer, so this is one thing for which I can't offer an opinion.) Normally, when standing by, the CPU stays between 0 and 5%, with the CPU cores automatically clocking down to 653MHz. That's great, because it lowers power consumption and really helps a charge last much longer. I would say more, but the specifications list pretty much says it all. Look them over, and compare each component to competing phones from Moto, LG, Huawei, etc., and I think you'll agree this thing is a BARGAIN. Sure, it's no flagship... but then, it's not $300-$1K either, and for most folks, they won't even notice any practical difference from day-to-day.

Pros: Beautiful Glass Screen / Dual Camera On the heavy side, feels durable, not cheaply made, not flimsy at all Not a lot of bloatware, fairly clean system 3140mAh battery

Cons: APP Icon size is too large for me, and there's no way to change it. 4GB Ram or more would be perfect

Overall Review: *** ZTE phone's default background picture makes the phone look really ugly in the advertisement, and it doesn't do the phone justice. If you change to a different background pic. It's actually quite a good-looking phone. I wish I could upload a picture in the review.

Cons: The phone is a bit on the thick side. Really the only complaint I can lodge against this phone is a aesthetic one.

Overall Review: For 115 or even 130 this phone is the best deal on the market.

Cons: The touch screen is too sensitive - I have to be very careful to hold the edge of phone while it is in use, it is often to trigger some function key to switch the screen... My solution is to put into a cell phone valet to cover the edge.

Overall Review: This is the best phone I bought at this price range (I paid $115 while it was on sale). Although it does not have the newest hardware / feature as those newer model on the market but is more than enough for me. I am glad I did not pay much higher prices for the newer models and very happy with the purchase.

Pros: The battery lasts so long! I will use my phone fairly regularly throughout the day, and by the time I go to bed I'll only be down to 50%. I upgraded from an LG G4, and I like this phone much better. The processor seems snappy, and the ram seems ample. The install of Android is very clean, and there is very little bloatware (the few things that are there can be removed easily).

Cons: The VoLTE doesn't seem to be compatible with T-Mobile right now, which was a bit of a disappointment, but I don't make enough phone calls for it to really matter.

Overall Review: A lot of comments I have seen have been around call volume and microphone sensitivity. After having it for a few weeks I haven't had any complaints any more than the other phones I have used. I can use this phone in my car without issue, so I'm satisfied. I bought this phone because I felt like buying the most recent phone wouldn't be the best value, and I have no regrets so far. I'm a web developer, so I use my phone for development purposes occasionally, and I am confident that the hardware will perform to the standard that I need it to with testing and emulating.