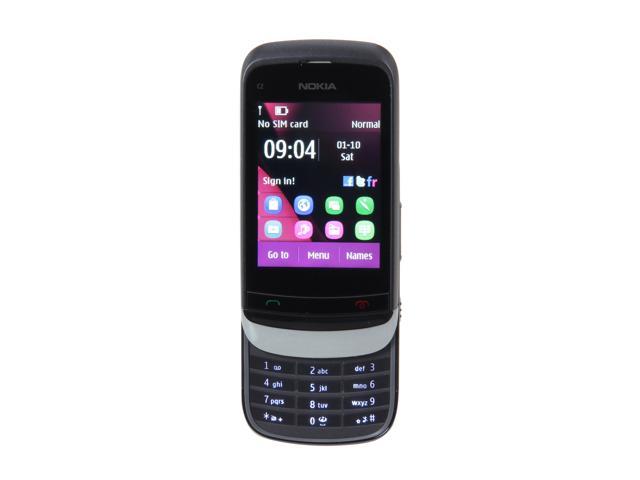 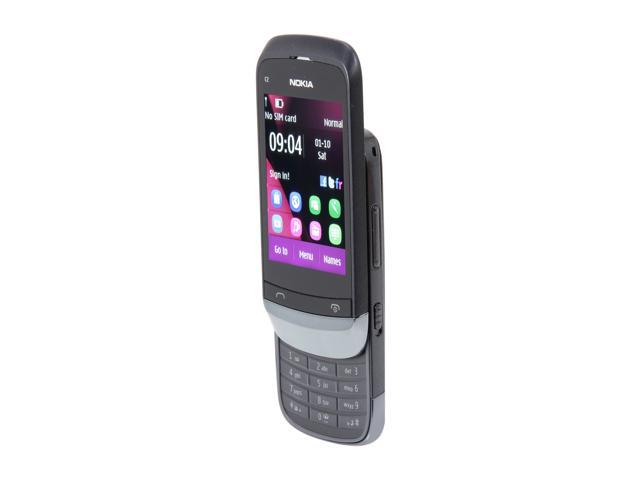 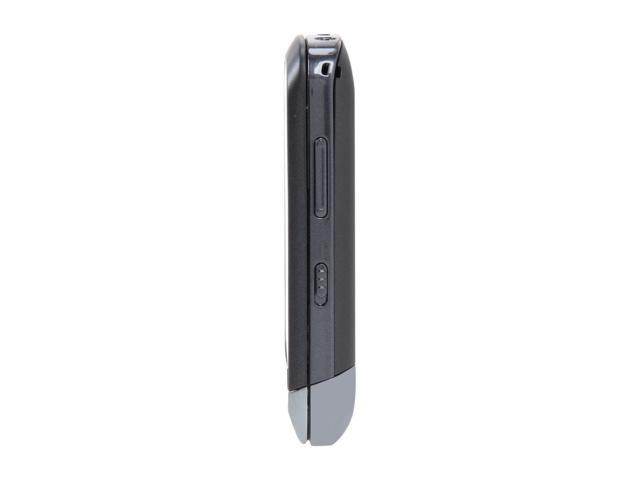 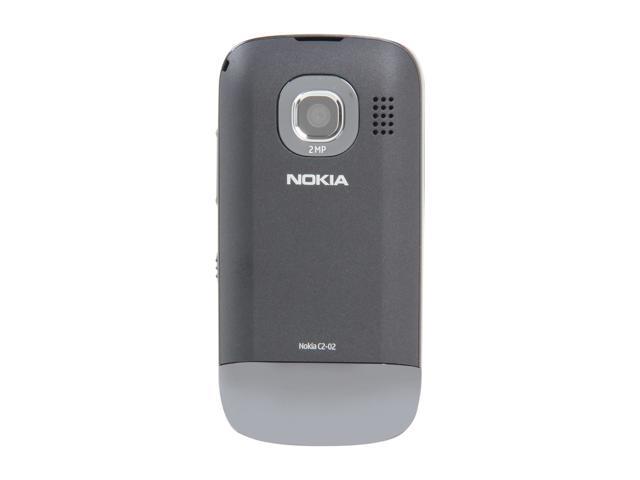 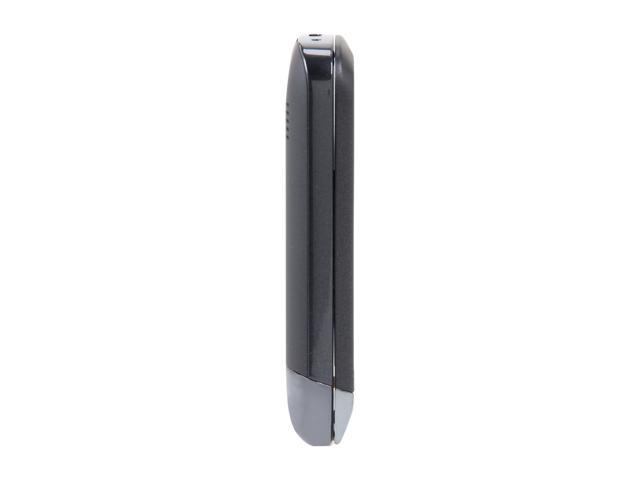 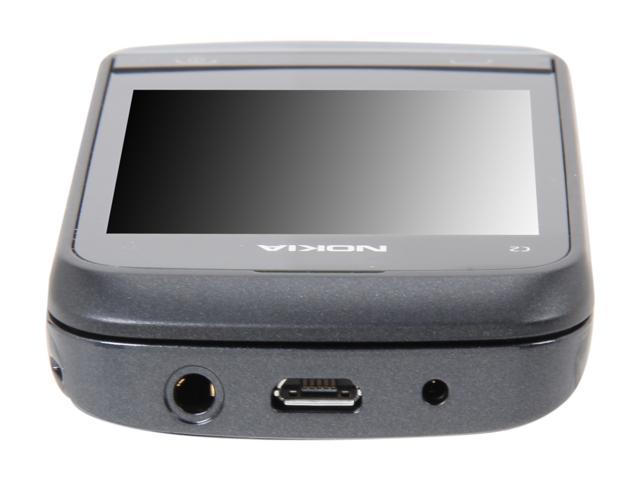 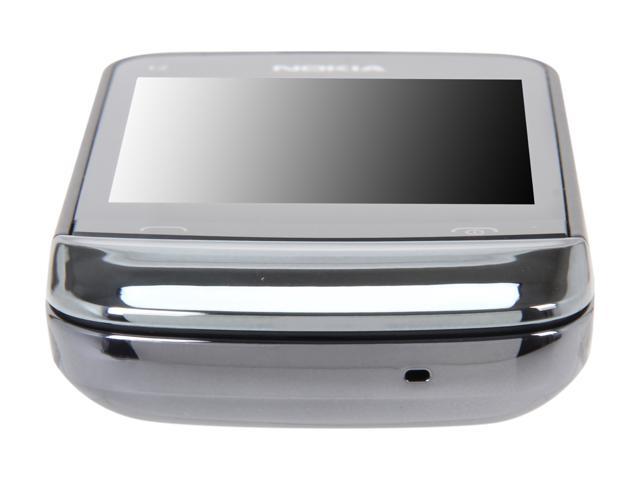 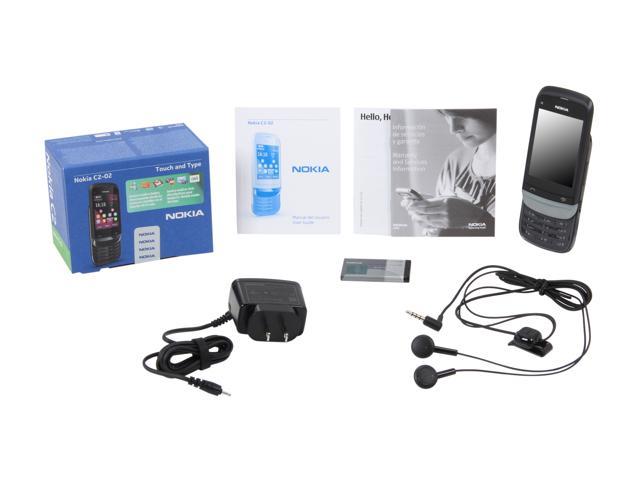 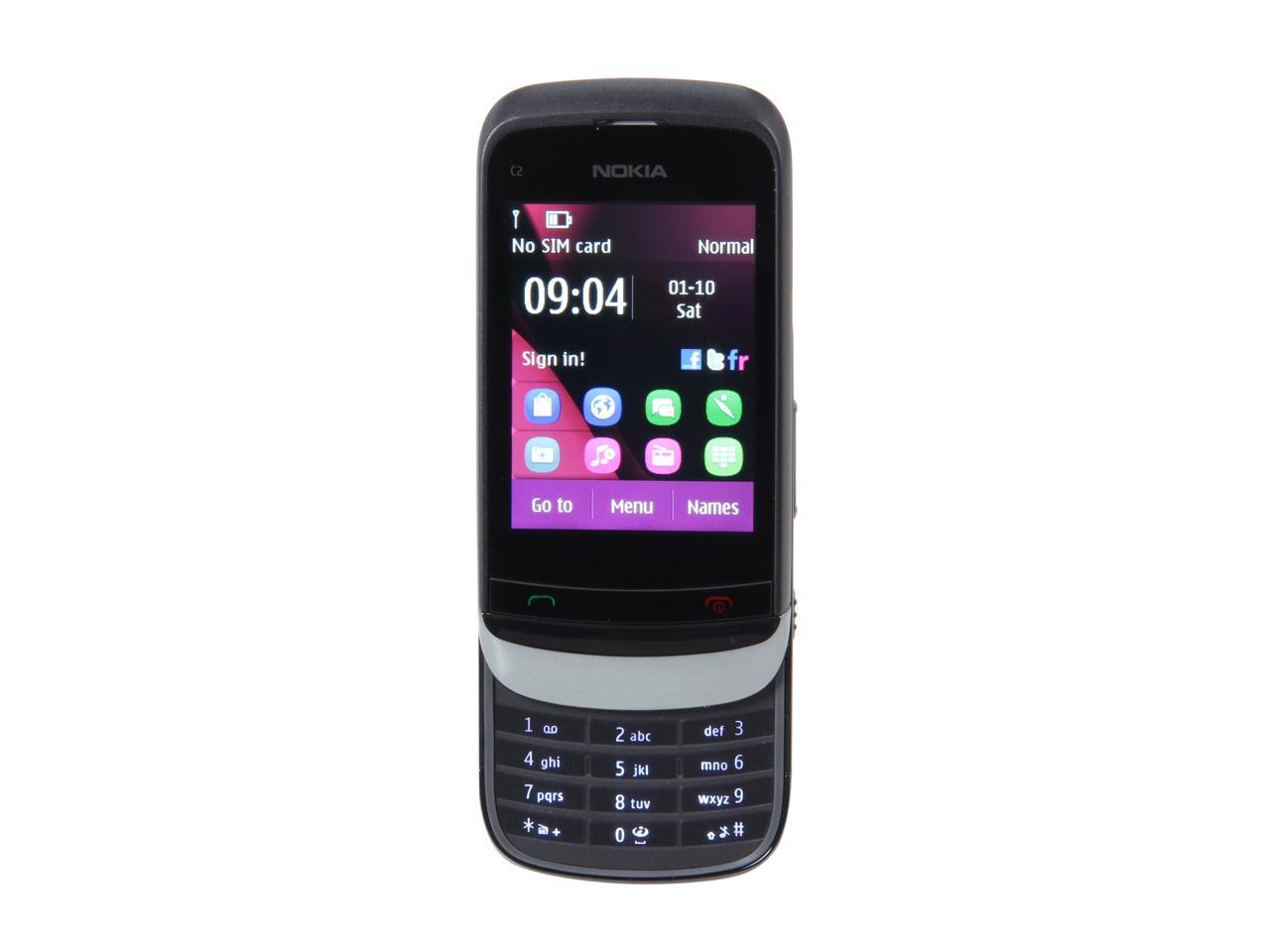 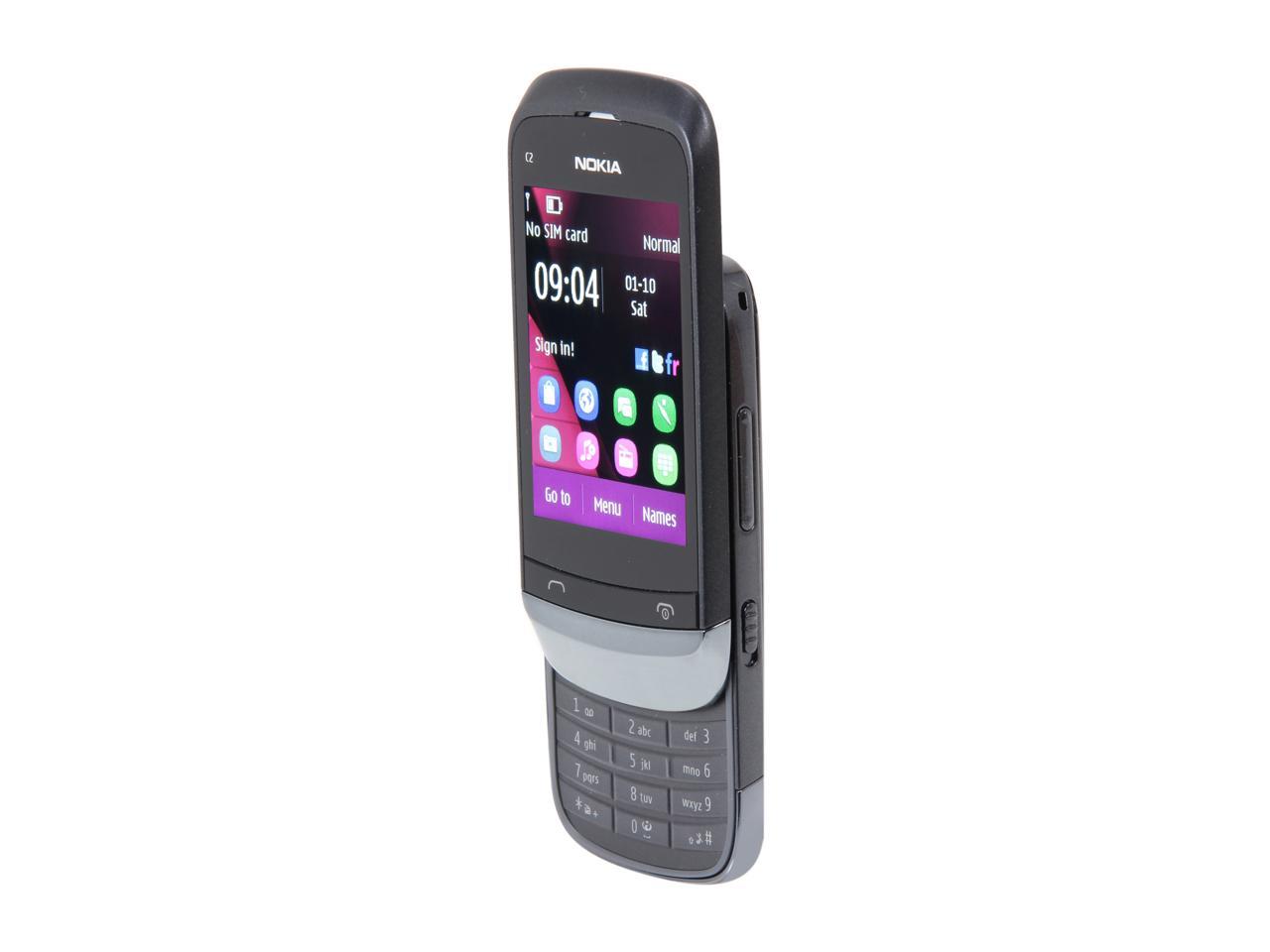 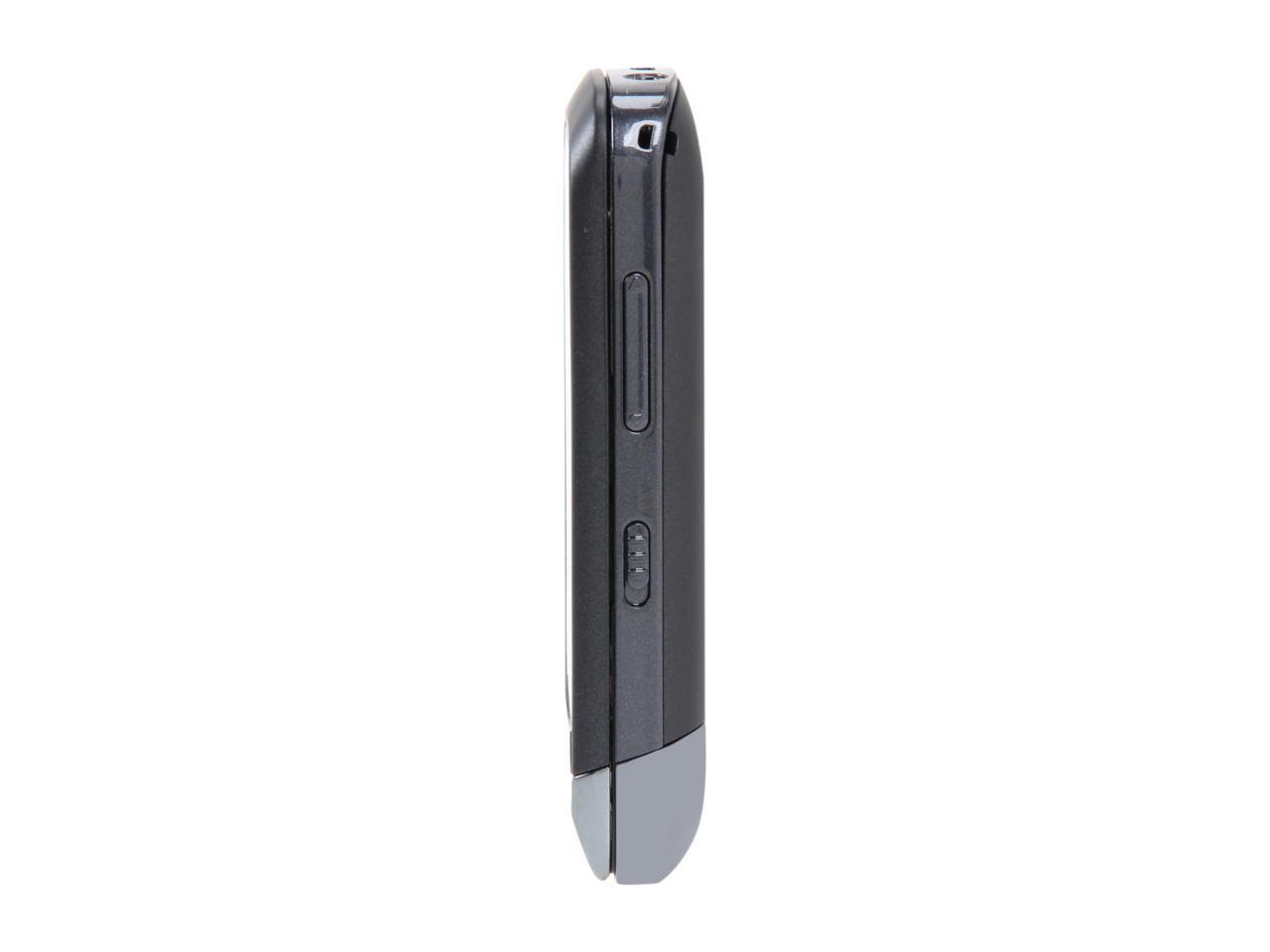 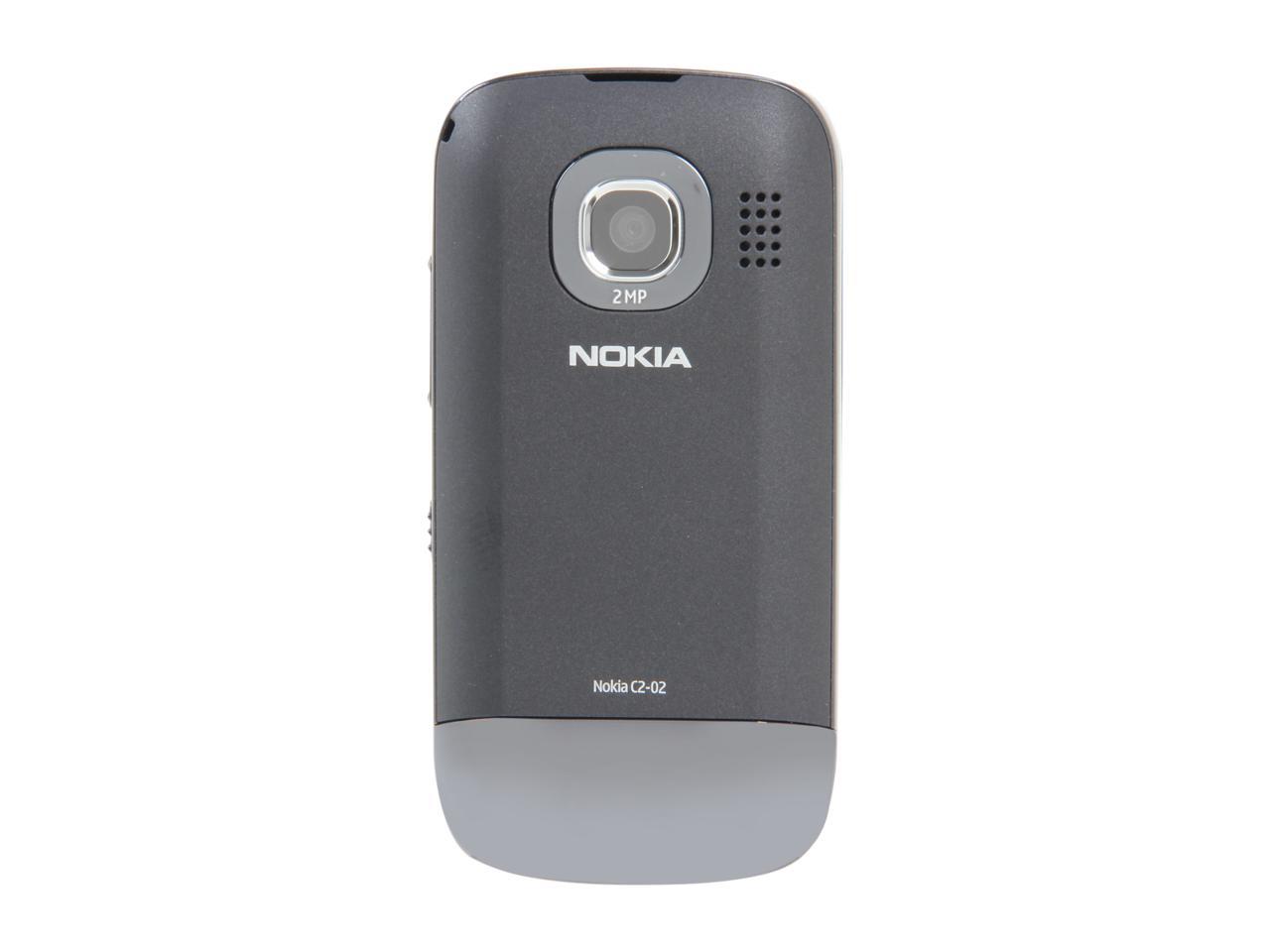 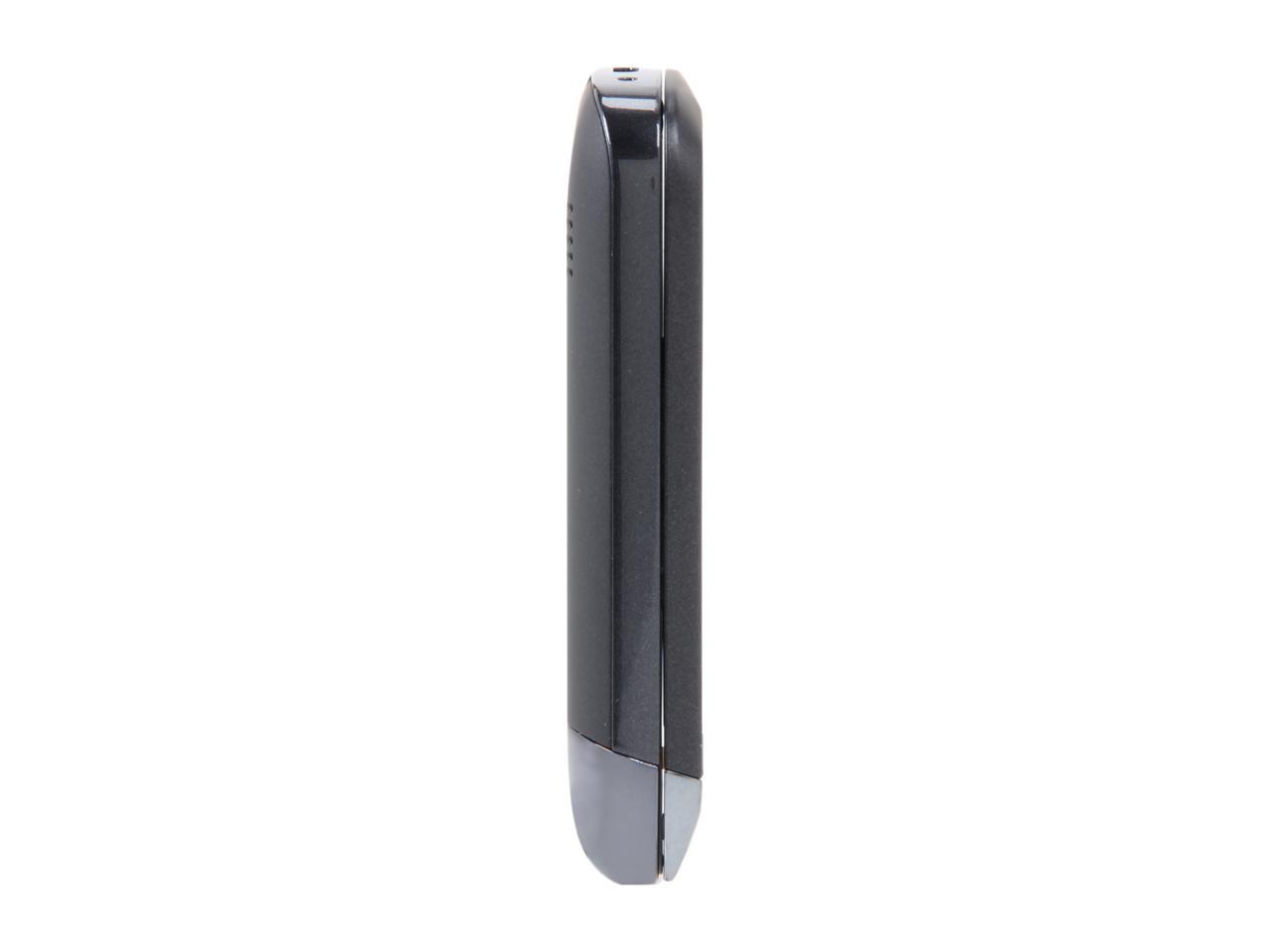 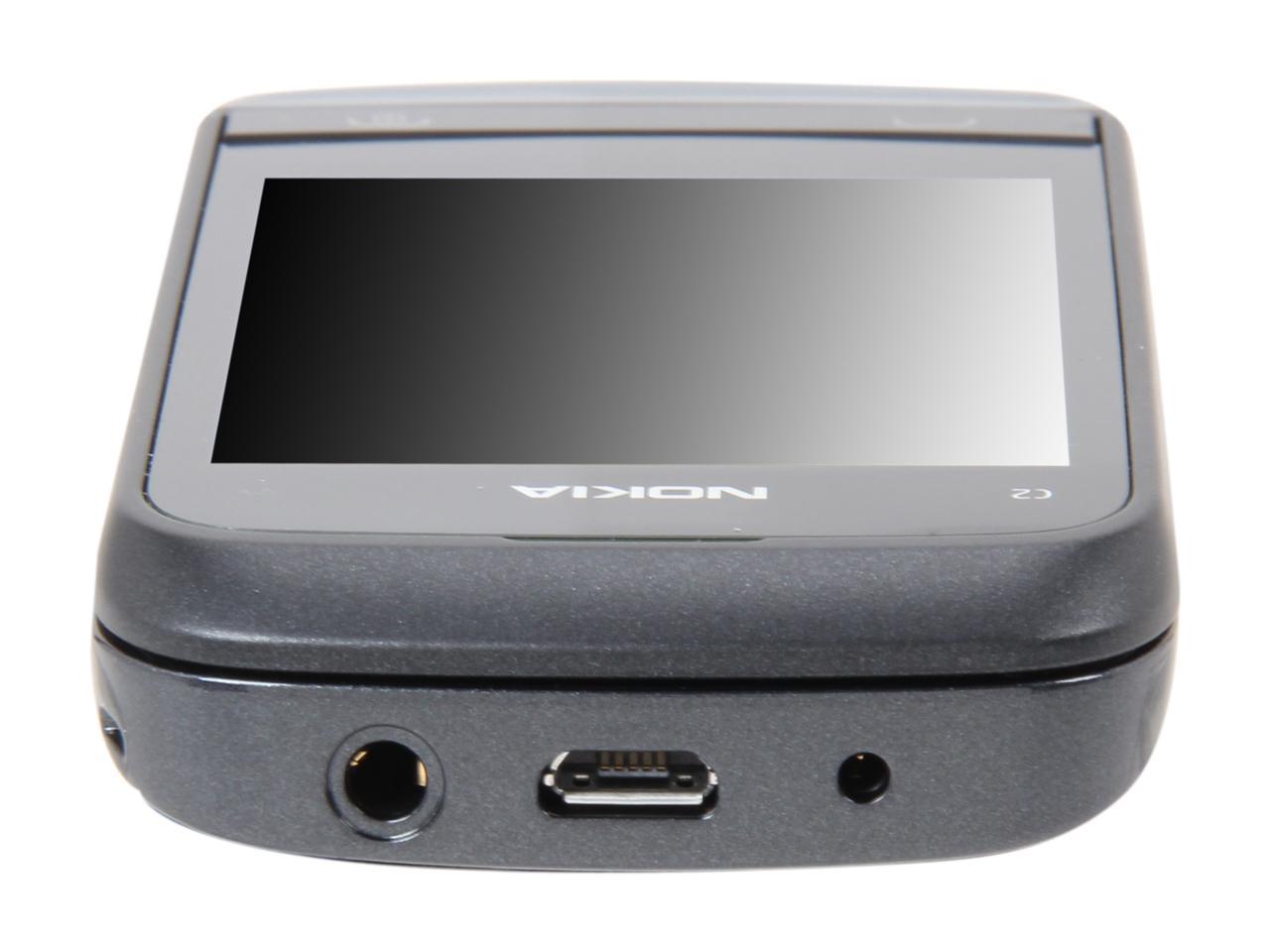 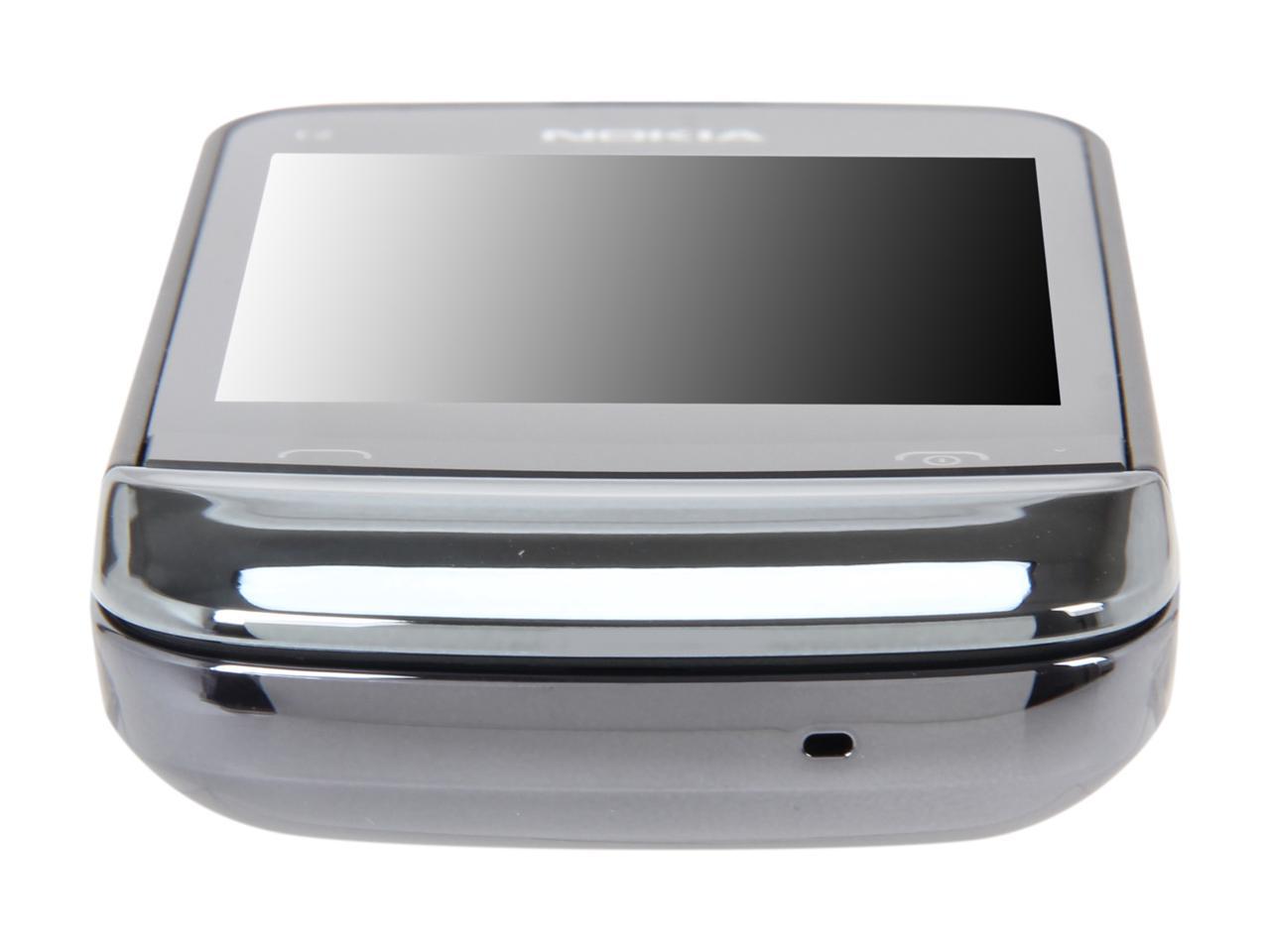 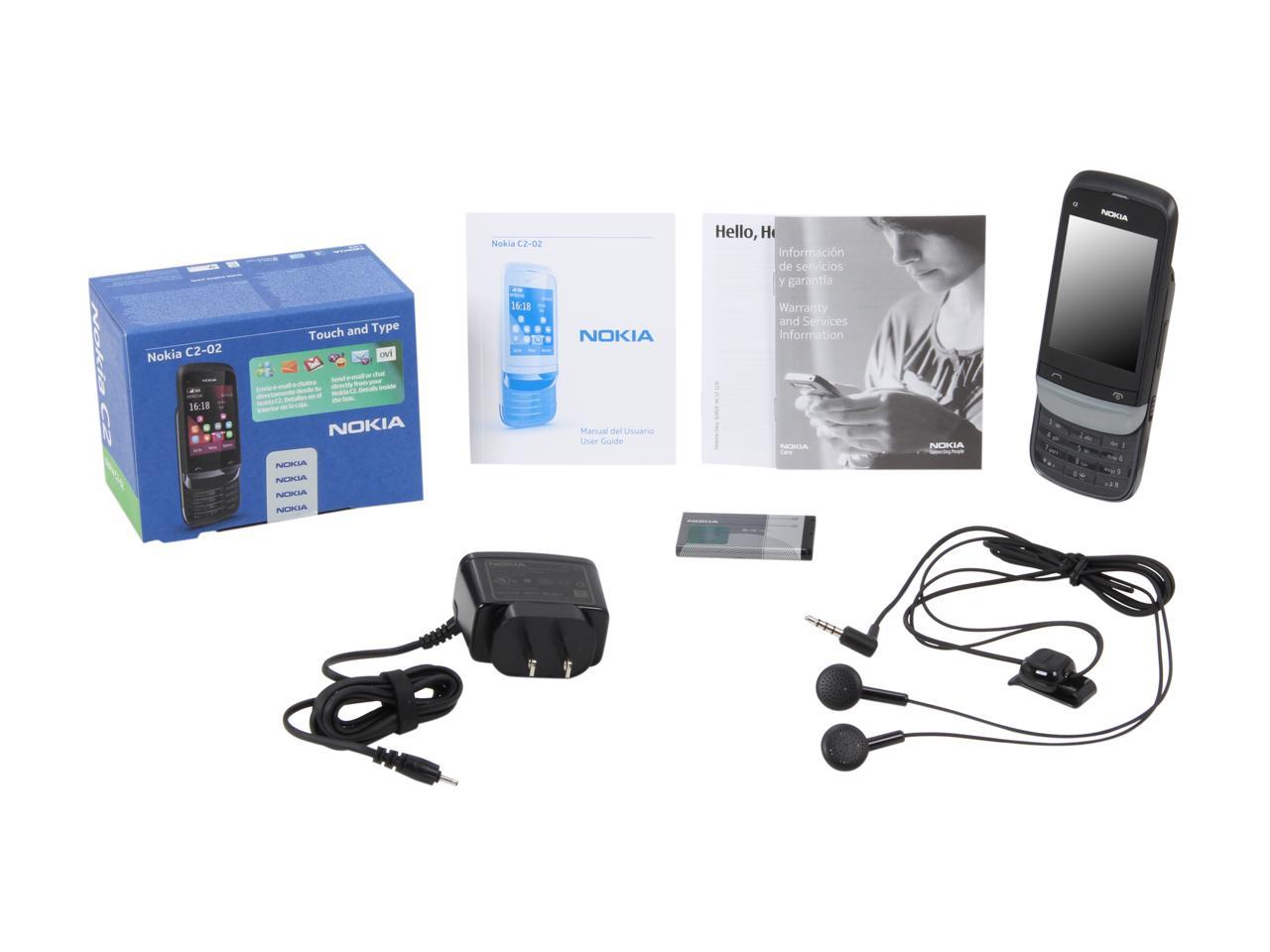 (8) Write a Review
OUT OF STOCK.
Fees for brokerage and duty included in price.
Specs
Reviews

Learn more about the Nokia E72

Cons: Wish the screen is bigger to match its fast processor.

Overall Review: I use T-M prepaid sim. The phone has built-in GPS antenna independent of A-GPS. The phone is practically a micro PC with calling & navigation ability. No registration required for maps at Ovi. I really found a gem in this amazing Nokia E72.

Pros: Bought this to repolace my E71. Improvements are: 3.5mm audio jack OK camera (improvement over horrible camera on E71) Mail for exchange integrated into Nokia messaging Car holder included in box I am stretching to add more mostly written as compared to e71

Cons: Too many software bugs to count. This phone is so terrible it is unusable. - Frequent crashes - Phone will reboot randomly (although not as often as my E71) - I get asked to set up my email everytime I boot even though it is set up - my exchange mail stopped syncing - Google voice search while using bluetooth doesn't work - bluetooth performance is terrible. reception is limited to 12 inches without interference (yes inches not feet) audio starts to crackle - bluetooth incompatibility: keeps disconnecting from Jawbone prime - data access point settings are hidden deep in the settings and in different places. You can't go to one place ans set up how you will use data access (wifi vs 3G). I found at least 3-4 different places to edit settings, and many progams have their own settings. Still can't get it to work right and I have a degree in nuclear physics. - Keyboard sucks compared to the E71. Constantly hitting the wrong button. - optical trackpad is useless.

Overall Review: There are more bugs and inconveniences - just listed top of mind in the space allowed. On top of this, when I tried to return it, Newegg told me it is a non returnable item. After lengthy argument, they agreed to a 15% restocking fee. Pretty bad compared to their competition. Might see if it blends.... I have been a Nokia fanboy for 10+ years and owned at least a dozen of their phones. This is the worst one I have ever had, with each phone getting worse. I am giving up and going to try another brand.

Pros: Great features, and nice styling. I mainly bought this because of the built in GPS, and free maps for life. Works great once you fix it. Flashlight! Decent Camera, but not a replacement for a Point&Shoot IMHO

Cons: Build quality not as solid as one might expect compared to other E-series. GPS problems right out of the box. Seems to be a common issue with this phone if you search online. When using integrated and or A-GPS, my current position on the map is still not the correct address, but its close enough, just depends

Overall Review: If you are having trouble receiving a GPS signal whether A-GPS is enabled or not you may want to back-up the SD card, format it, and put back the backup files. This worked for me and now my Integrated GPS gets signal fairly quick without any help from the data plan/ A-GPS

Pros: Hardware-wise, this thing rocks. Processor is fast enough, 5MP Camera, a second, front-facing camera, a torch of a flash, WiFi, Bluetooth, 3G, GPS, FM Radio, A keyboard that is usable despite its minuscule size, comes with a memory card, battery life is outstanding, very solid chasis construction (feels like it will last years of use), etc, etc. Software-wise, I can say but a few positive things. -I like that maps can be loaded onto the phone and the mapping software is a decent competitor to Google Maps and the like. -The Youtube app works as advertised (believe me, for this phone, that is an accolade) -Uh, I think that's it. Once you install Googasync for calendar syncing and Profimail as your email client, the phone becomes usable if not ideal. But at that point, you've spent about $45 extra just to get the functionality that the phone was supposed to have built-in! Nokia: you can expect an invoice from me regarding those costs.

Cons: Email Client- -Auto-setup of gmail/yahoo/hotmail accounts does not function. You have to trick the phone into thinking you are setting up a non-standard account just to create the account, then go back and manually change the settings -Email checking at regular intervals worked at first but has since stopped working (no changes were made) -IMAP folders on the device do not necessarily match up to IMAP folders on the server -For a phone designed for GMail accounts, the 'starred' feature is missing -If you try to download too many messages, the app crashes -etc, etc, etc Calendar- -Support for creating new events is rudimentary at best, I had to build my calendar in Google Calendar and then sync it across -On that note, calendar syncing it atrocious. Multiple calendars? forget it! Maps- -GPS takes on the order of 10 MINUTES to get a fix Other- -The phone will occasionally lock the keyboard mid-use for no apparent reason -Preferred data networks must be configured in each ap

Overall Review: I was in the market for an unlocked smartphone and this one stuck out to me as one with great features, good reviews, and a decent price. When it arrived and I opened the box, I was not disappointed. I admired its solid construction with my hands, ran my fingers over the textured keyboard, and dreamt of the great times this phone and I were going to have together... ...then I turned it on, and all of my high expectations were crushed with a deadening thud. It's not that this phone's UI seems dated compared to competitors such as the iPhone or Android (which it does). It's also not that there were design choices made or missing features within applications which I disagree with (which there are). It's that most applications just don't work as advertised! For a business-centric phone, you'd think they'd give it an email app that actually functions. I don't know if this is an attempt at commercial suicide by Nokia, but the software on this phone makes Windows Mobile seem user-friendly.

Cons: Software bugs, Nokia does not have it worked out yet. GPS does NOT work, the "free" maps and navagation is a joke.

Overall Review: If I knew there were so many problmes getting the down-loaded software to work, I would NEVER buy his phone. Do you like spending hours, down loading 100MGb programs, then deleting them, and reloading them, email the Noka Tech support and get a series of oh and now "try this it might work", okay now try this....I've fussed with this thing for hours and days with no results. I think Nokia knows there are serious problems.

Overall Review: I got the white version with the car kit and the bluetooth handsfree, here on Newegg on a great price 289.99 with free shipping. I do not know why Newegg does not sell it anymore, was up for about one week. I do not understand why people leave negative feedback. The phone work great. I got mine with the latest firmware out of the box. I put in a 16Gb card and installed a few programs as Opera 10, Skyfire, Fring, Google maps, Garmin XT and a few others... Everything works great... I really do not understand where do you find the bugs because I have not found any so far... Ah, before I forget... Newegg ROCKS!!!!

Cons: the price was a bit too much

Overall Review: my reason for this comment was supposed to be r.i.p after i installed new firmware without creating a back-up. i got impatient because it was taking a long time to finish and ended up removing the usb. the blank screen started to happen tried removing batt, nothing tried the memory nothing. last resort was i removed everything for 10 min then it came back to life. i was so happy because i really like this phone. hope this might help someone if you get in this situations