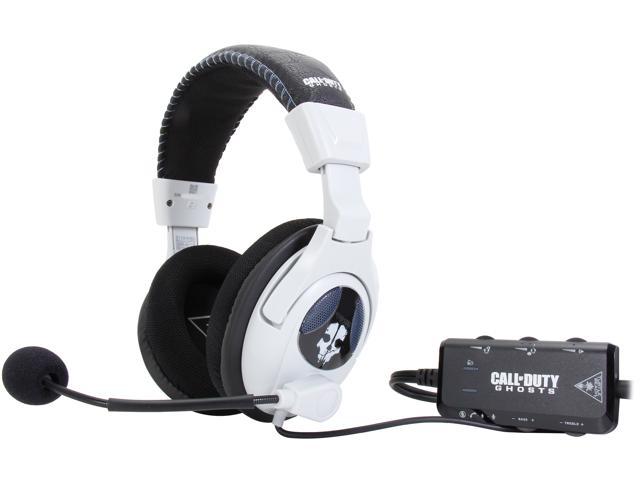 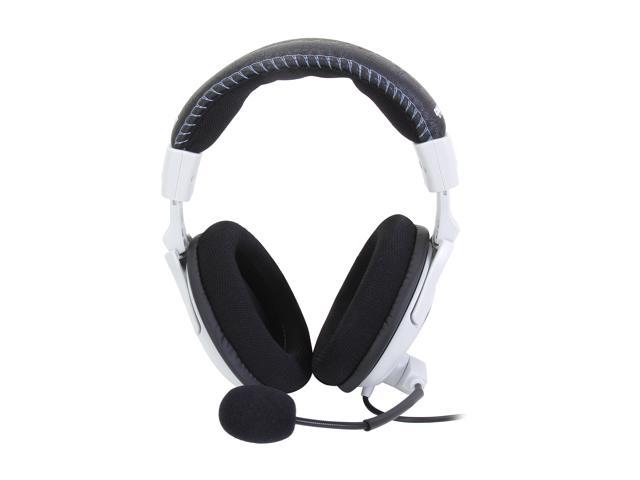 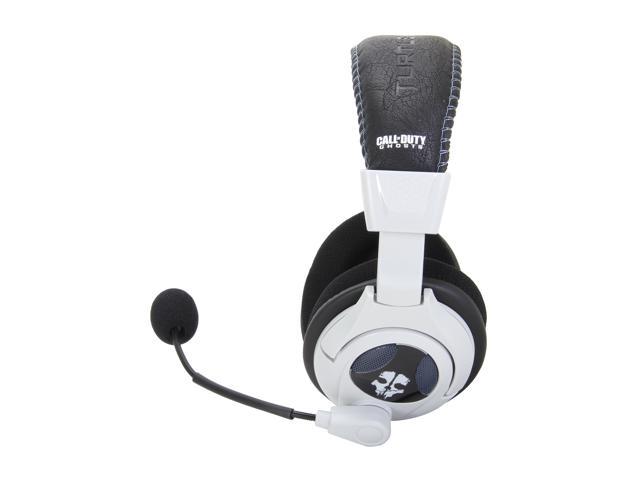 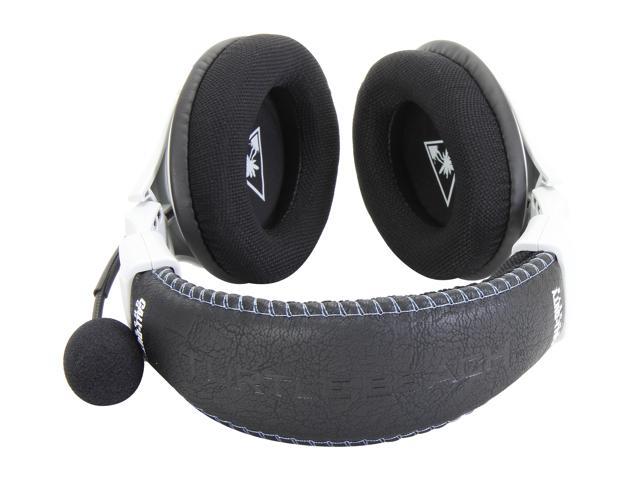 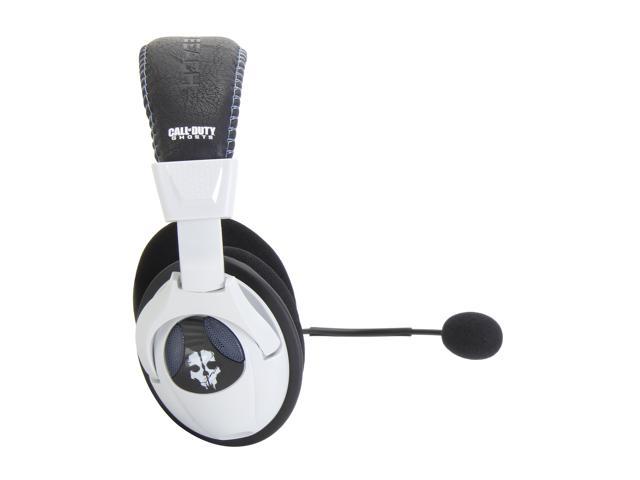 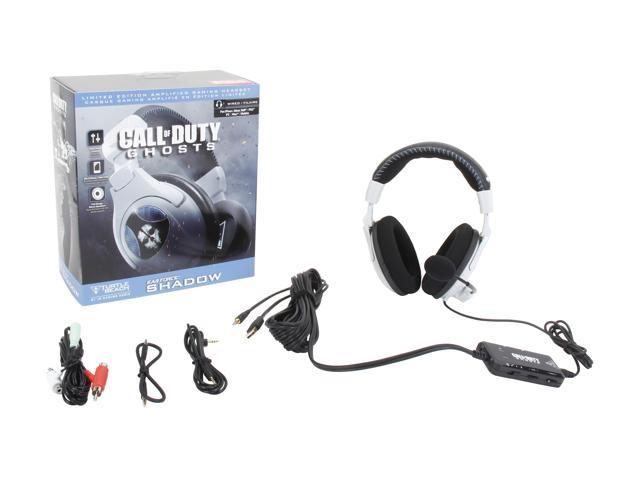 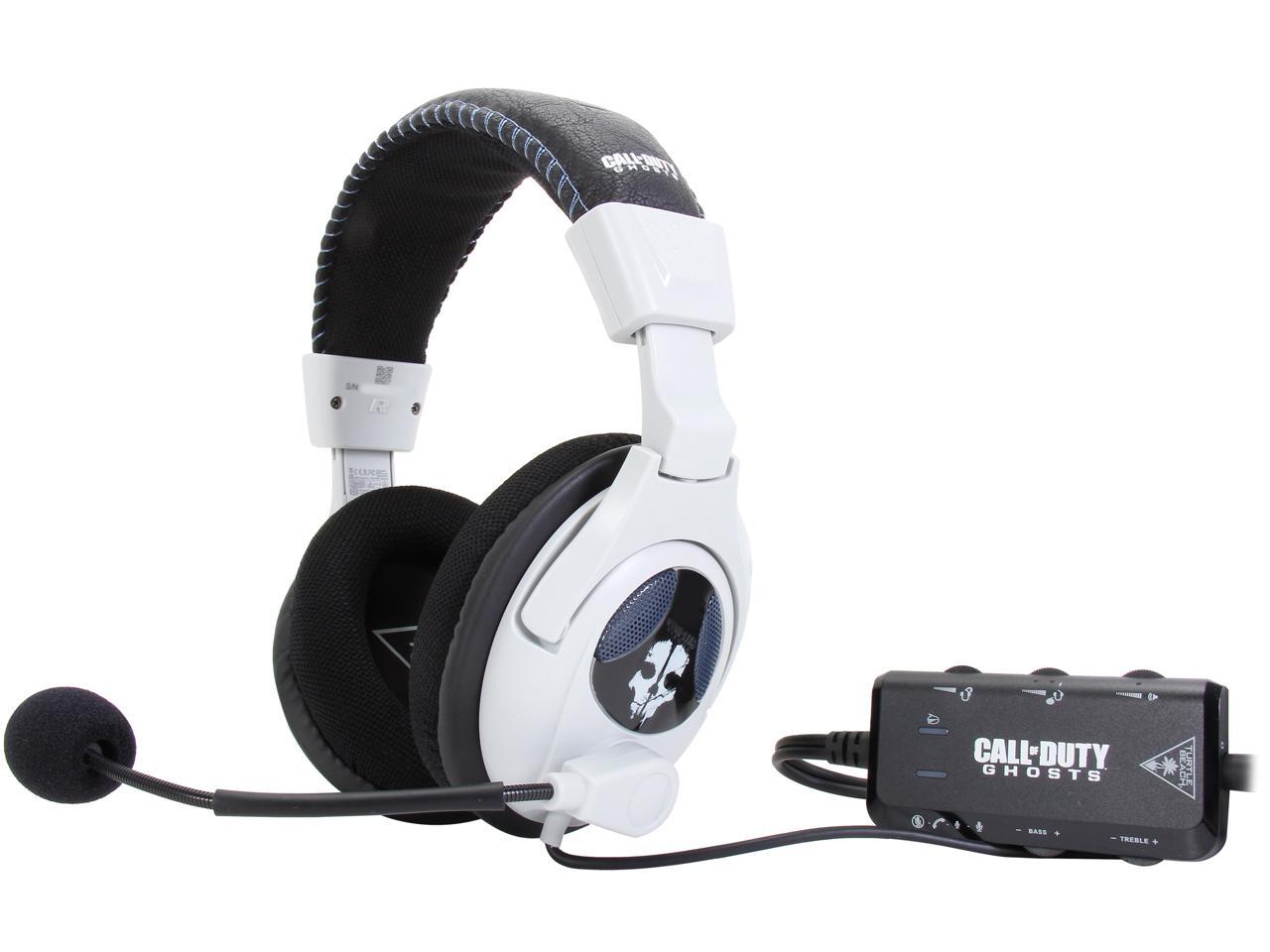 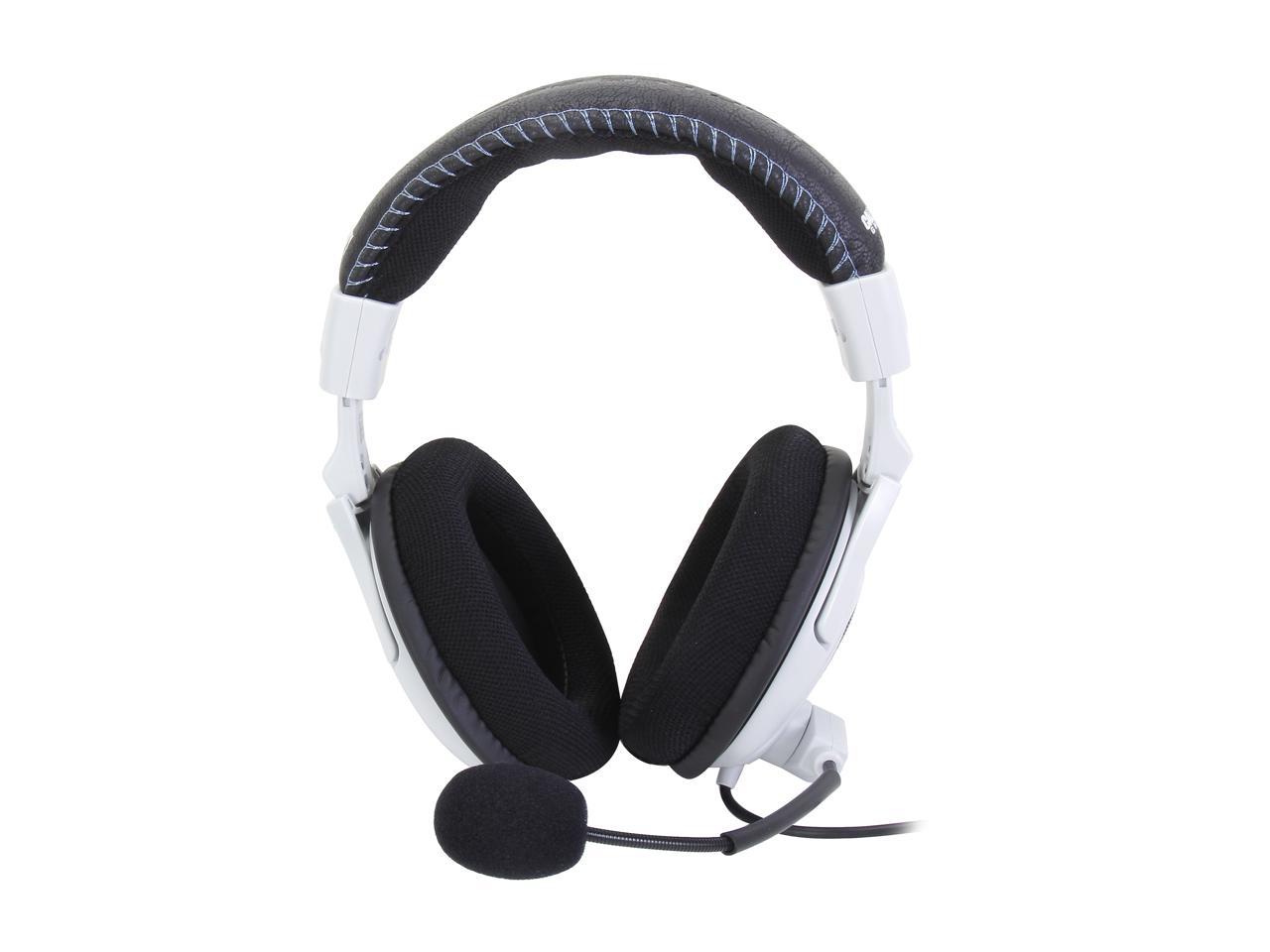 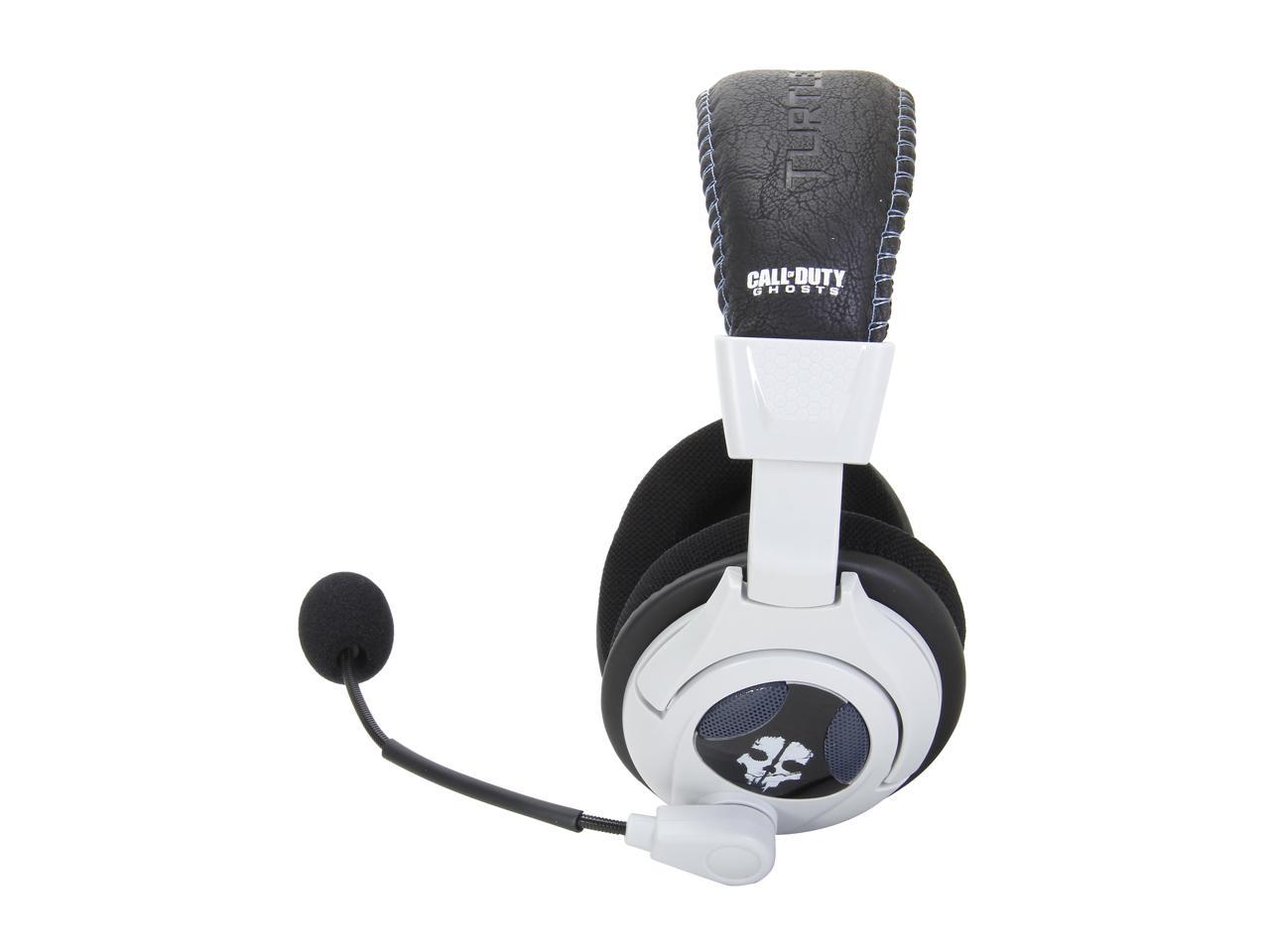 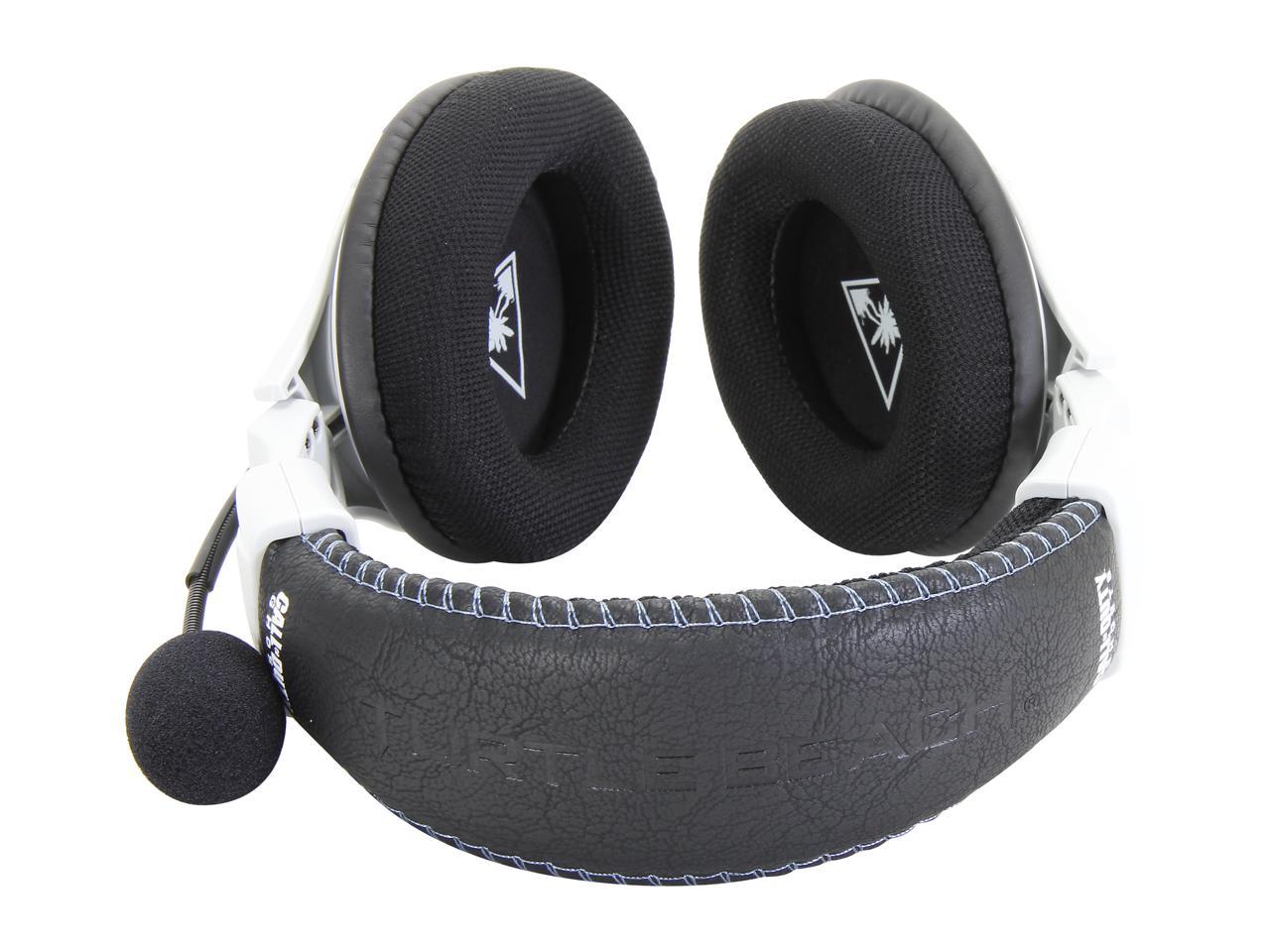 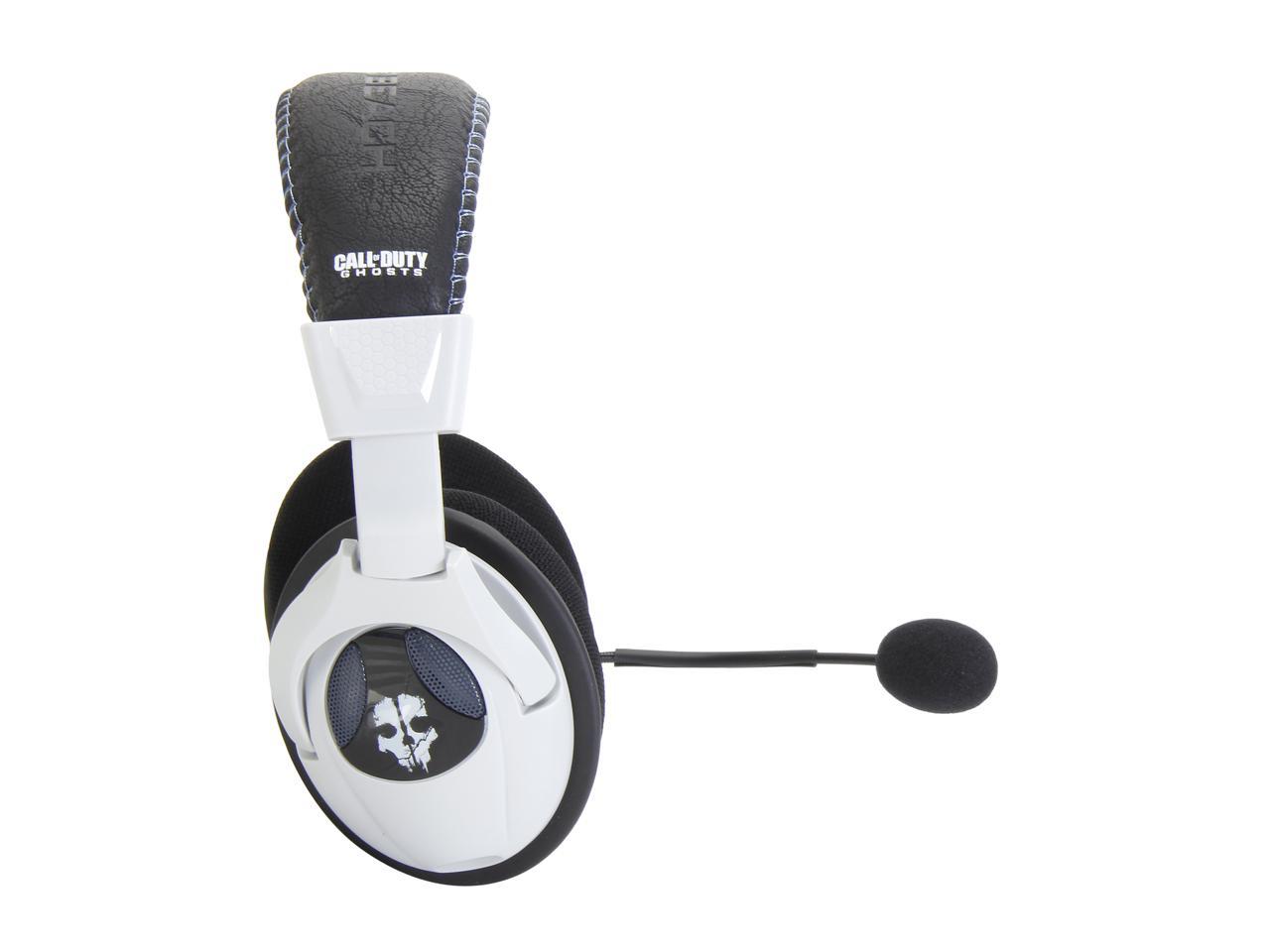 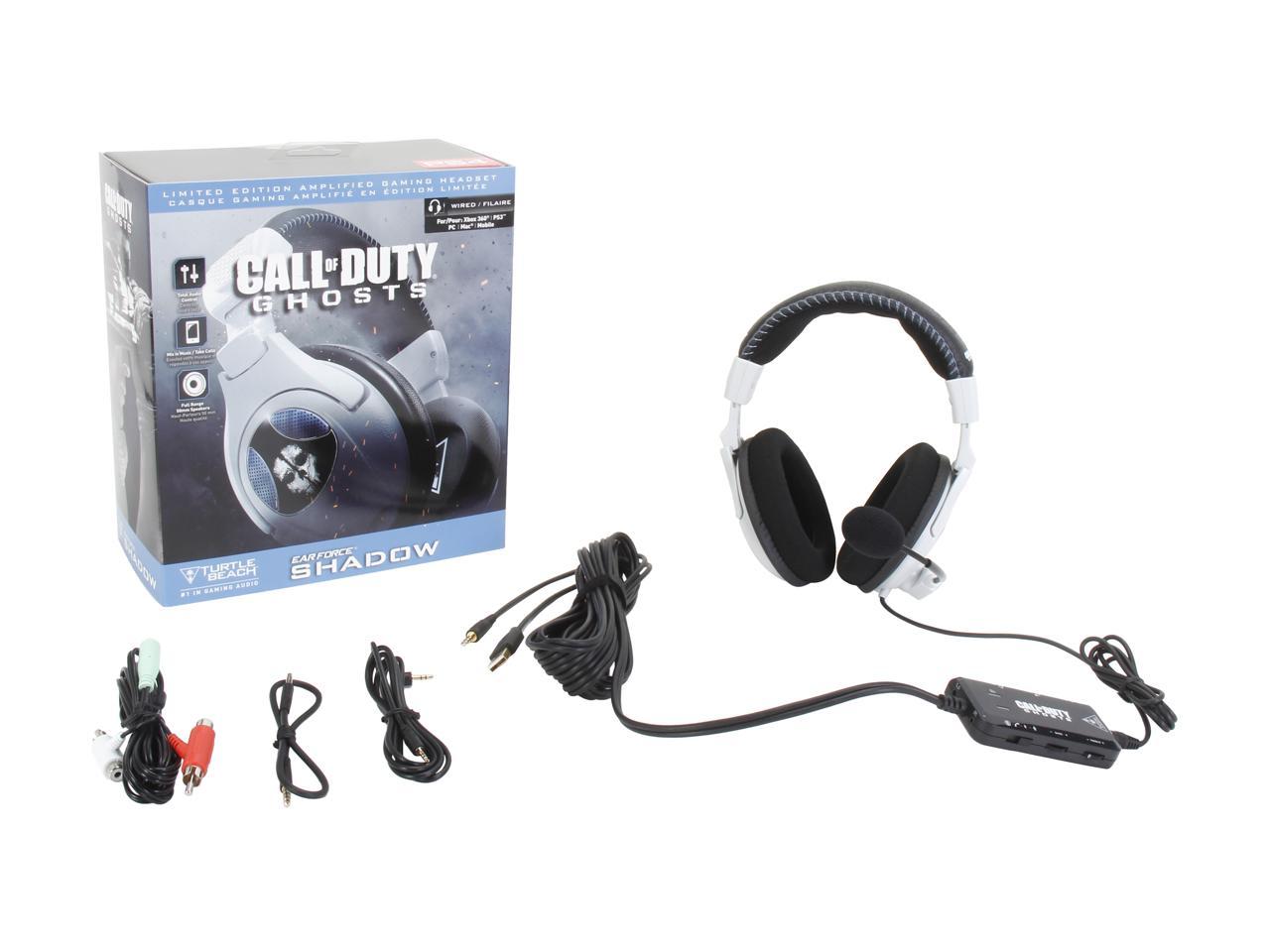 (2) Write a Review
In stock.
Ships from China.
Fees for brokerage and duty included in price. Most customers receive within 3-16 days.
Overview
Specs
Reviews Why You Need It: If you're looking to build your arsenal with the ultimate Call of Duty®: Ghosts audio weapon, here it is! With this officially licensed headset you won't miss a single sound cue. Play On Anything – Go from a console player on Xbox 360® or PlayStation™ 3 to a PC or Mac® gamer to playing on your phone, tablet or mobile gaming device and back again with a quick switch of wires. Mix In Music & Answer Calls – Quickly plug in your smartphone and you can replace the game soundtrack with your own music or take phone calls while never leaving the game. Dynamic Chat Boost™ – Only Turtle Beach offers chat volume that automatically increases as the game volume gets louder so your teammates are never drowned out by sudden explosions. Hear What You Want, When You Want – With Independent Game and Chat Volume, turn the game sound up & chat volume down. Or turn the chat up and the game down! You can crank the bass or cut the treble, too. The choice is yours. Microphone Monitor – Know how people tend to scream when wearing headphones? Now you can hear your voice in your headset so you're not that guy!

The Limited Edition Ear Force Shadow uses Dynamic Chat Boost™ which is only found in a Turtle Beach headset. It automatically raises chat levels whenever game sound increases to ensure that the voice of any teammate chatting with you will never be lost in the unexpected blasts, crashes and explosions that happen throughout an intense gaming session. The amplified stereo sound produced by the Shadow will also ensure that you hear your games loud and clear. We put adjustable bass and treble controls at your disposal to give your audio a swift kick in the you-know-what when you need it to! You'll be able to hear sound cues that are missed with conventional TV speakers, such as the sound of enemy footsteps or the click of a loading weapon in the distance. In short, you'll react faster and take them out before they take you out, giving you the edge that can make the real difference between winning and losing.

Pros: Great sound, great control, works with just about anything, great highs ok lows. Not sure what other user was talking about. I used these instead of my $300 headset and found them very comfortable. Also removable ear cushions is great!!!Amazing headset for low end price.

Overall Review: Bought these for my son so he wouldn't use my $300 set and decided to try them for a night of gaming. At the end of the night I was still impressed. Not as good as a $300 set but for the price can't go wrong

Cons: This is the first time buying this brand, not happy at all. This model has a very week frame and is not comfortable. would not recommend at all.

Overall Review: wish i would of looked into it better. because there is no refunds