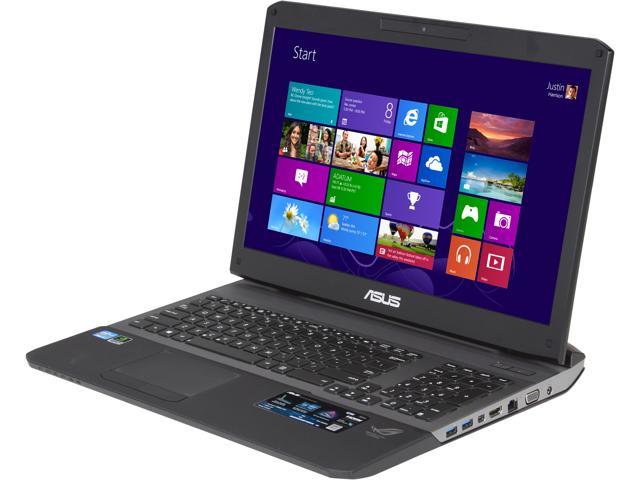 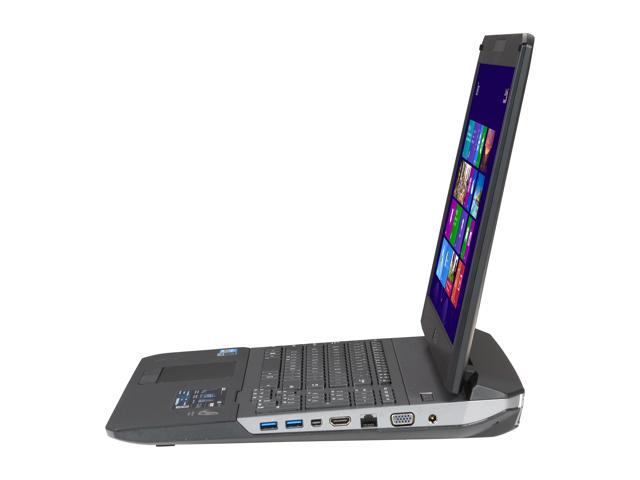 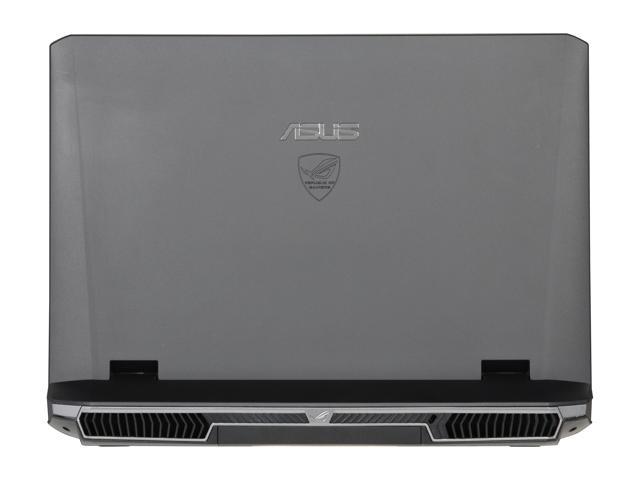 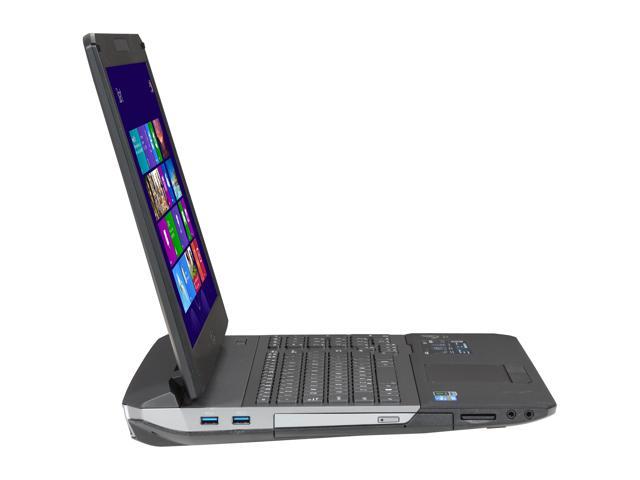 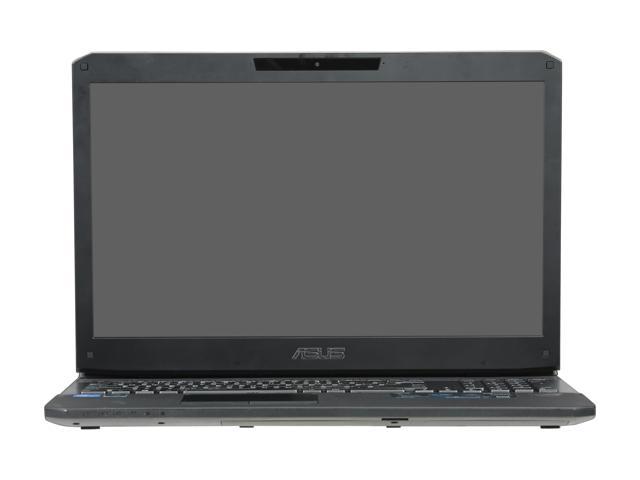 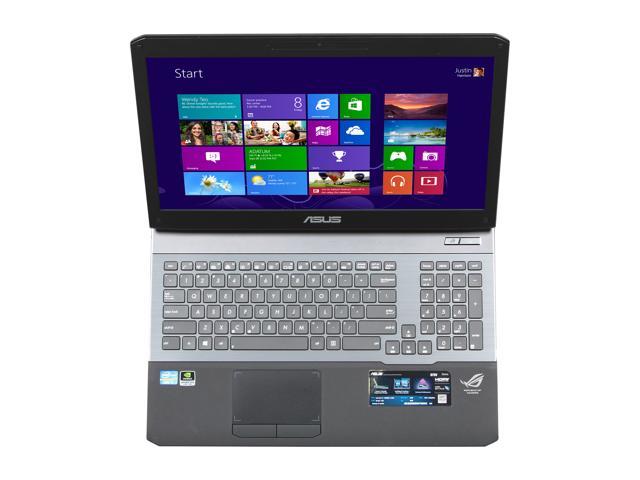 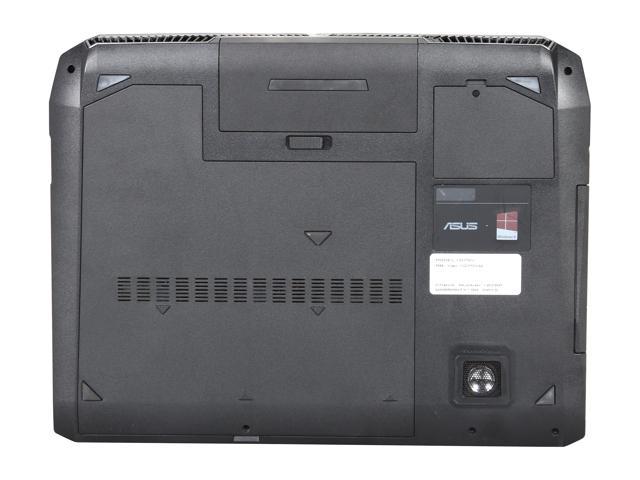 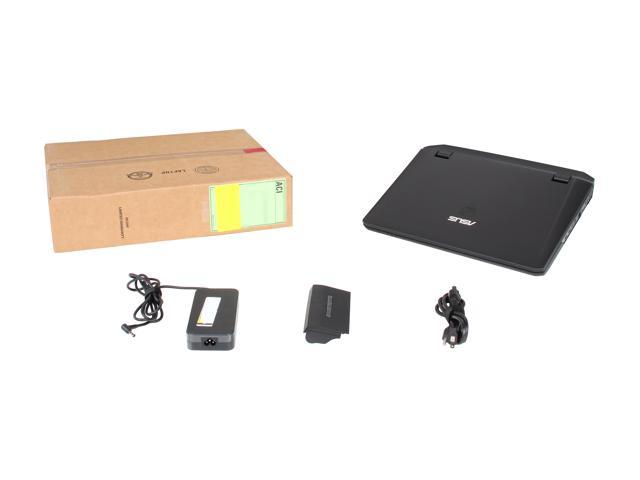 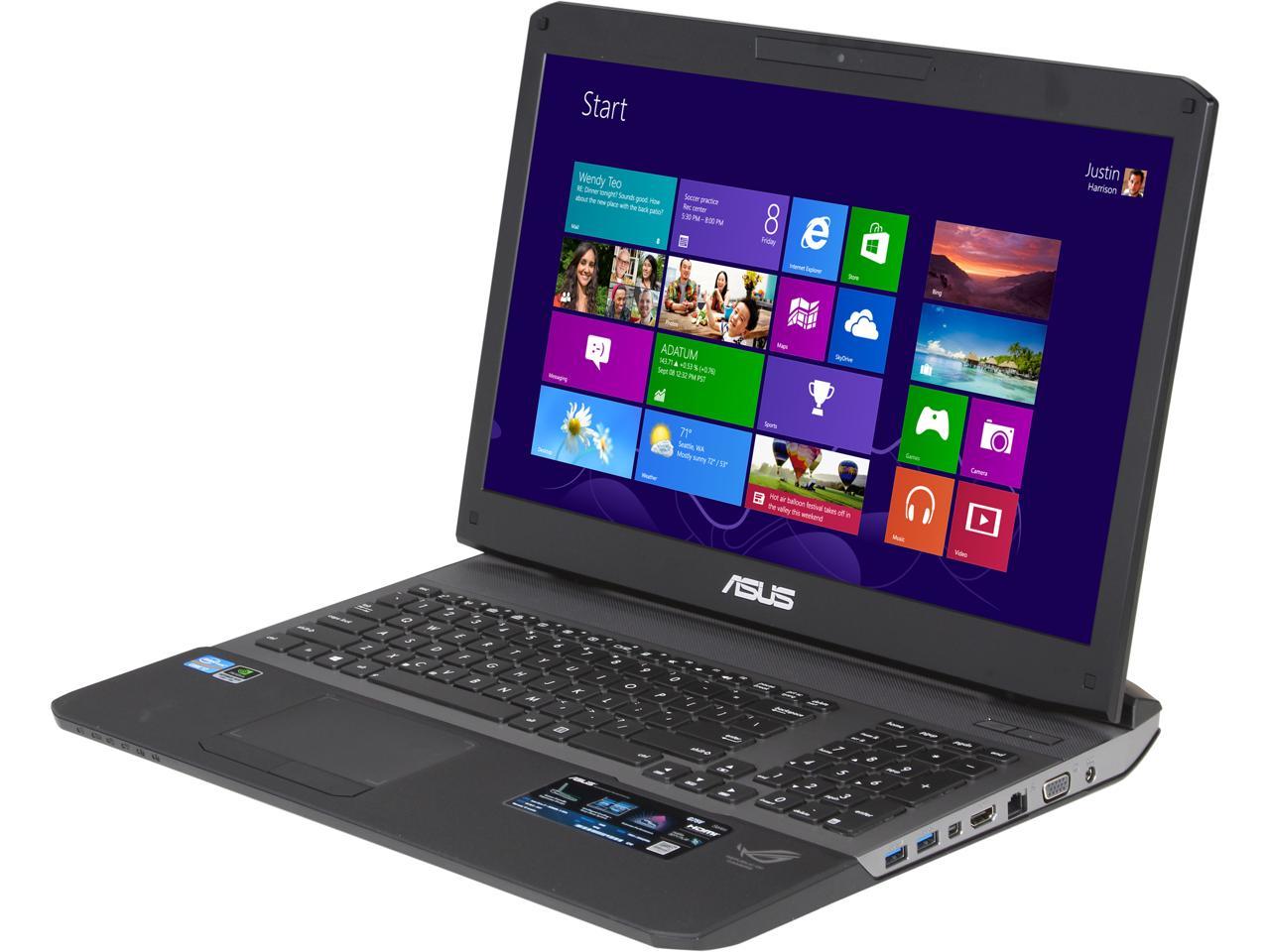 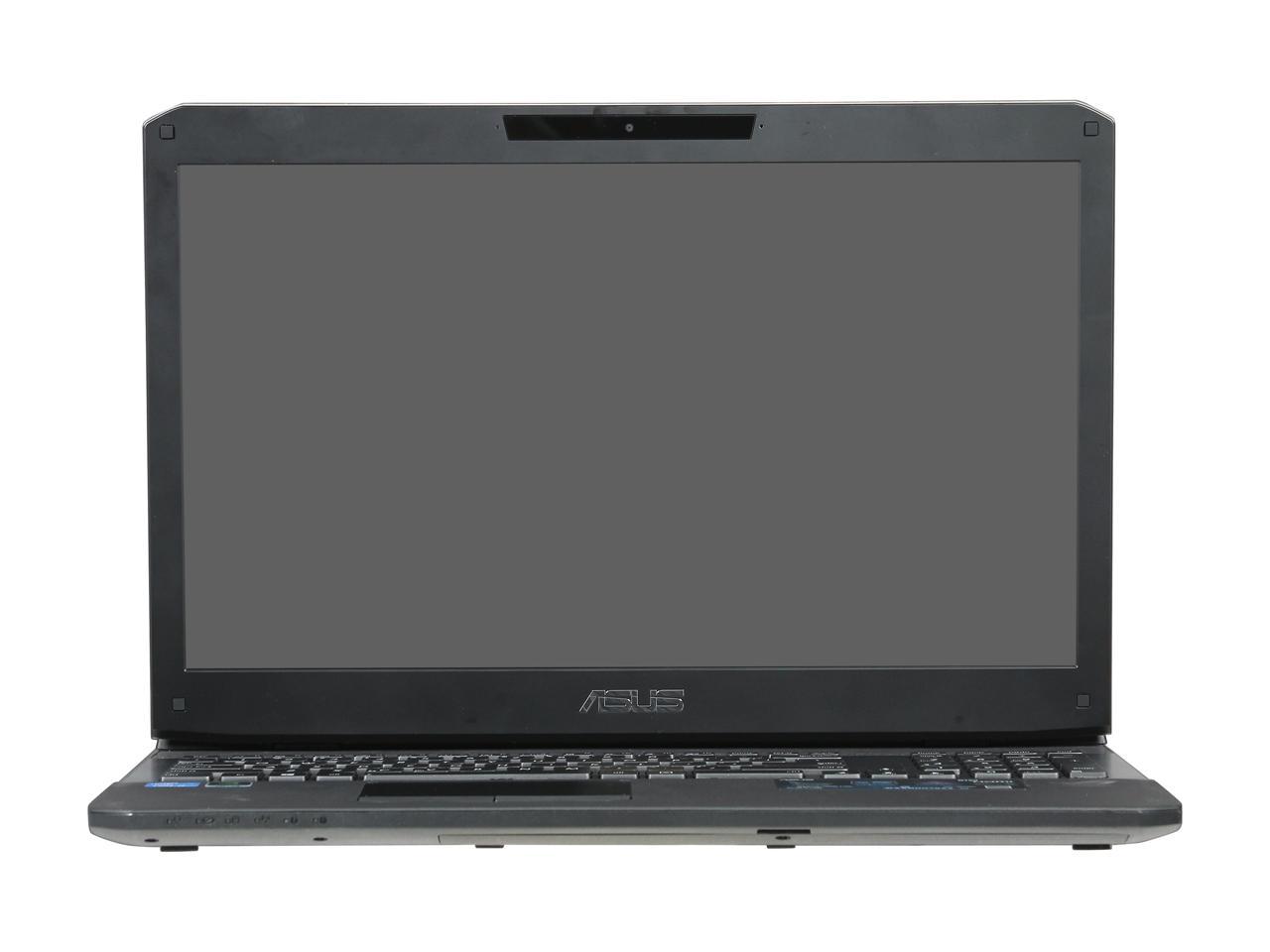 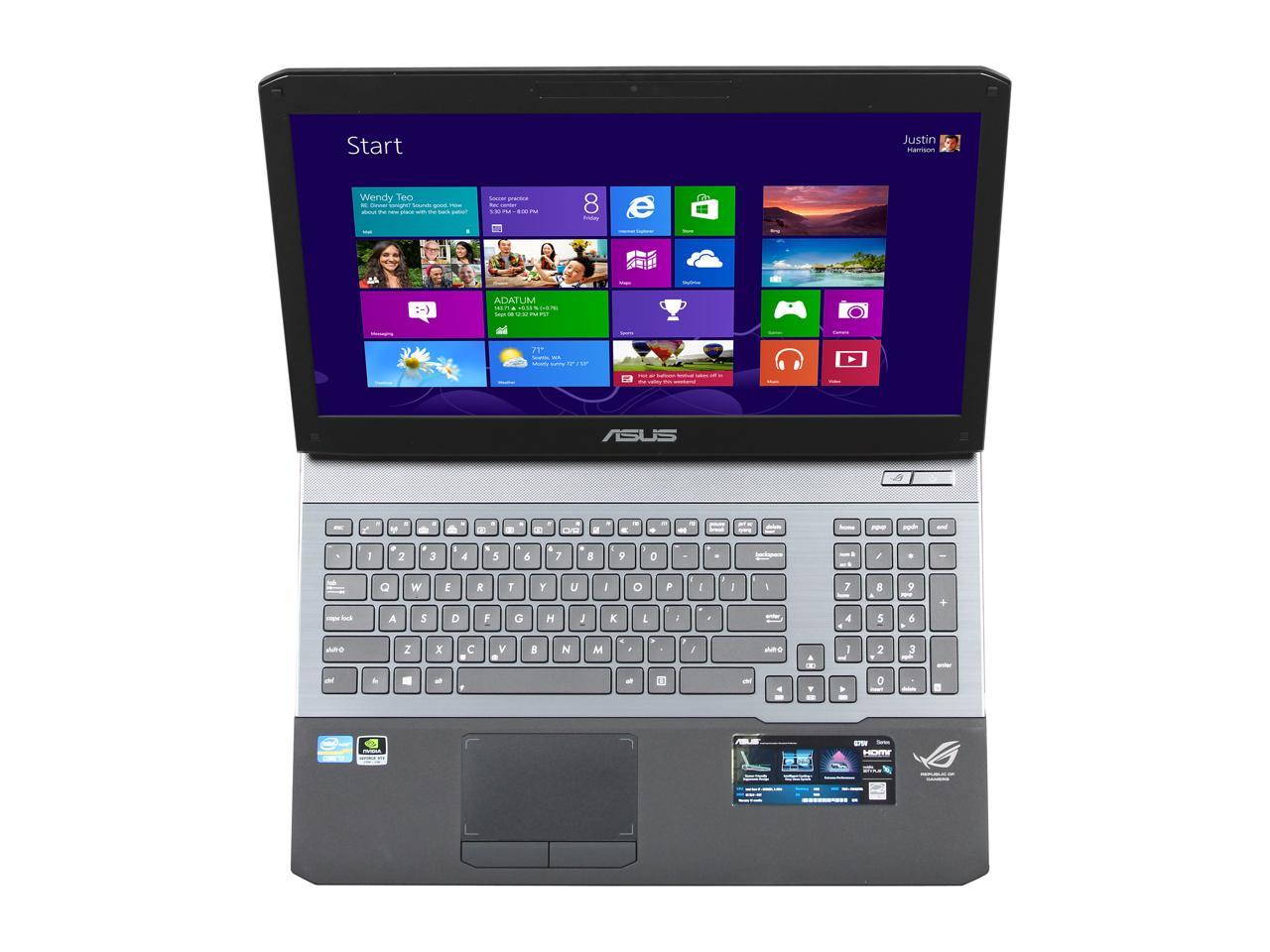 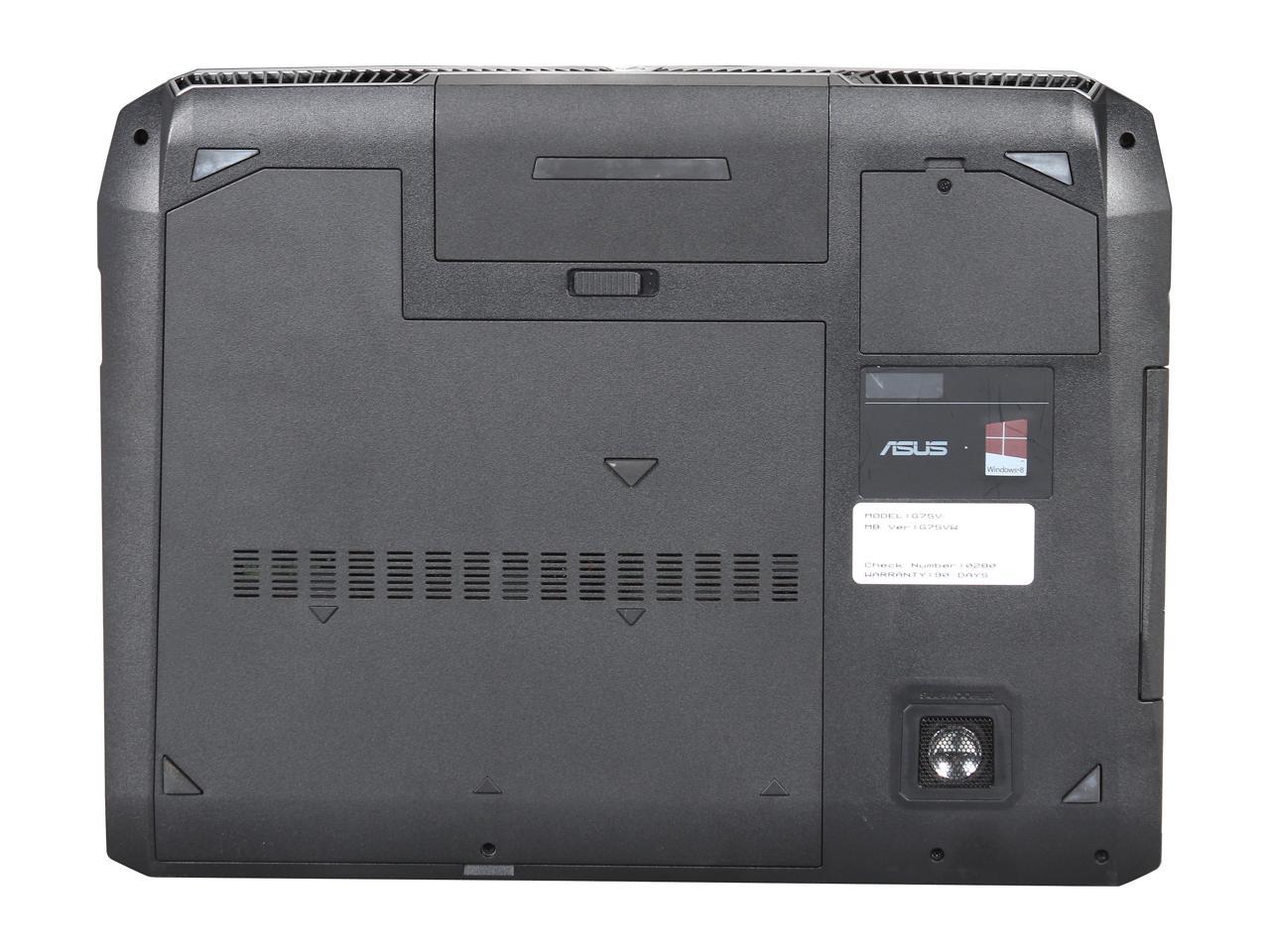 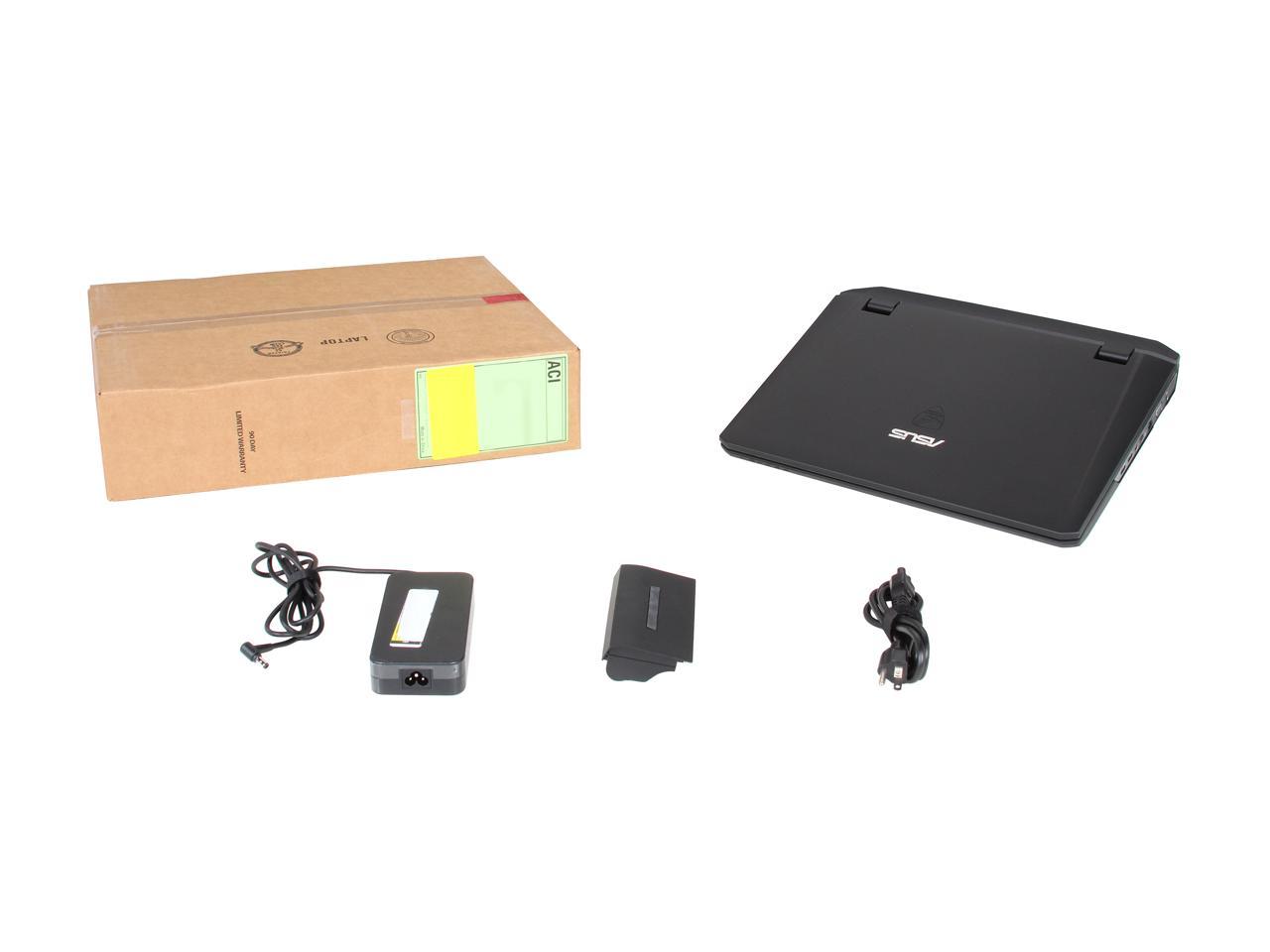 This means the product was tested and repaired as required to meet the standards of the refurbisher, which may or may not be the original manufacturer. Any exceptions to the condition of the item outside the manufacturer’s information should be provided in the listing, up to and including warranty details.
(4) Write a Review
OUT OF STOCK.
Fees for brokerage and duty included in price.
LOADING...
Overview
Specs
Reviews

Inspired by the stealth fighter, the G75VW regains superiority over the competition with advance design and battle-hardened build quality. The soft, sleek but muscular lines will allow you to outmaneuver and dominate ungainly competitors, while the advance thermals and gamer friendly design will keep you immersed in the truly 3D gaming experience for longer.

Learn more about the ASUS G75VW-DH72

Overall Review: Seriously? Is there no quality check at Newegg or Asus? Laptop seems fine otherwise but is completely missing the 750GB hard drive. Newegg can't just mail a replacement drive.. I will have to RMA it. Fantastic.

Pros: First off I want to say that I love this laptop. I pretty much love everything about it. It could be a bit lighter but everything else about it, I love the quad core CPU, 16GB of memory SSD drive and Spindle drive combo, blu-ray RW drive 2GB NVidia graphics and the price!! Under 2K when I got it two years ago and now it seems even cheaper!

Overall Review: A few months back the laptop started to randomly power off. At first it only seemed to happen when I was on wifi so I thought maybe something was wrong with the wifi card. I finally got fed up and opened up a service request with ASUS via chat on their support site. They told me that it would take about 7 business days before I would get it back. I work as an IT Manager and this is my daily driver. We're primarily a Dell shop where I get next business day on site support for all of our laptops. I knew going in on the ASUS that I wouldn't have that type of support. I actually took the unit into the service center since I work down the street from it. I provided them a local admin account as per their request on the RMA form, so that they could do their testing and install applications. I got it back after about 5 business days. They had apparently replaced the motherboard. After getting back to the office and turning the unit on, I noticed that the previous login was the local Administrator account and not the account I had given them. I had not provided them the local administrator password at all. This really annoyed me as they had forced their way into my machine via the local Admin account even after I had provided them a different one. After the machine had been on for about 15 mins, it powered off again! At this point I was fuming! I performed my own diags. I ran a memory test overnight. It passed. I installed hard disk sentinel to check the disks and oddly enough found that the SSD drive seemed to be bad, so I did a fresh install of Windows 7 Pro onto a spindle drive, got all the ASUS drivers installed on it and within a few hours, BAM!, it powered off again. I then tried different power supplies, same thing. I finally opened up a second request with ASUS and sent it in again. All in the same month! This time they replaced the graphics card. and the bad SSD drive(I put it back after I realized that it wasn't the culprit nor was it my install of Windows on the SSD drive). Now their RMA form says to back everything up in case they have to replace a drive or reinstall. So I did, for the primary boot drive(SSD). When I got the machine back it had a fresh copy of Windows 7 Home Premium on it which I was totally fine with. When I went to look at my second drive, it was clean! They had reformatted it for no reason! Needless to say I was ticked! Fortunately I did back some stuff up but I had gigs of other stuff that I actually needed to reinstall! I then got it back to my office and again within a few hours, it powered off. All this has happened within the last week of July 2014 and up until now, 8/20/2014 and my laptop still is not fixed! I have been spoken to them via chat, phone and twitter. They all want me to send it in for a 3rd time! They refuse to swap out my existing laptop with a refurbished one! So as much as I do LOVE this machine, I would highly encourage any of you

Pros: fast bootup, ssd drive, 7200 rpm hd, fine graphics, lighted keyboard. the unit does what need it to do. i've had it almost a year now, and really don't have many complaints.

Overall Review: has a nice, solid feel to it. would probably buy it, or one in this series, again.

Pros: Really nice laptop. Quality gaming laptop with top performance. Up to today I would always recommend Asus for most of their product line.

Cons: purchased 12/17. Gave it to my son for Christmas 12/25. on 1/11, I had to rma the whole laptop to get a windows activation issue resolved because it was policy not to provide product keys. Didn't get the laptop back until 1/28. on 2/8 I call because the power adaptor has stopped working. I verified that it was the adaptor by replacing it with one from another Asus laptop with the same power specs. First I was required to argue with the agent about if the product was under warranty(because Dec to Feb is always more that 90days) but he would gladly sell me a new adaptor. Finally agreed that an in warranty rma was justified. Explain to me how it would happen exactly as before and we would be down for another 2+ weeks. When I asked if we could do something to make it faster like some sort of advanced replacement, I was told no. I asked to talk to a supervisor because I figured since this was the second issue a higher level of service was warranted. Robert a supervisor in the support department told me that was policy. oh and what the agent didn't make clear is they wanted me to send in the entire laptop again because the adaptor doesn't have a part # or serial #. If that didn't annoy me, while I was looking at the adaptor I noticed it had a part # ADP-150NB D and right below that is a serial number. Did Robert like that? Didn't matter policy is policy I can send everything in if I wanted a replacement. Their policy saved them money, I will take the $50 it cost to ship the laptop the first time and buy a generic power adaptor. And not ask them to do anything.

Overall Review: I may have bought refurbished but service is universal. I don't think the service would have been different if I had spent the $1250 on a new laptop than $1250 I spent on the refurbished one.