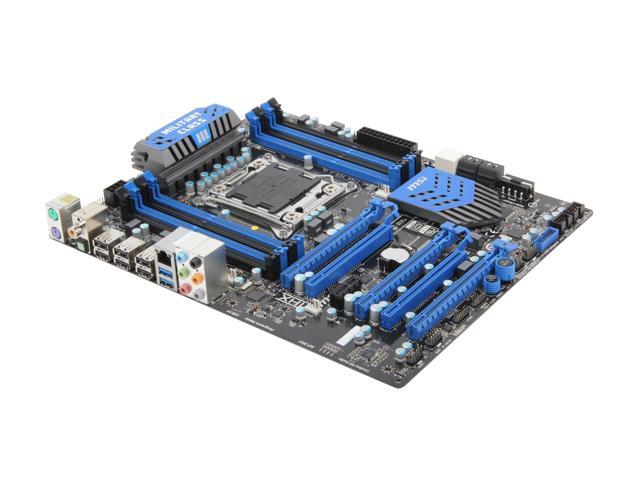 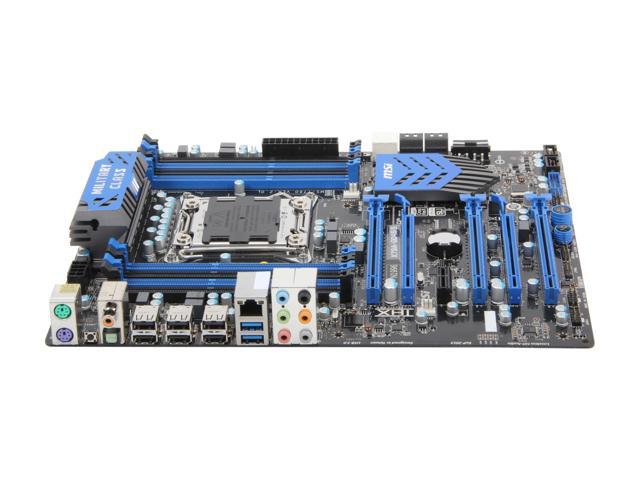 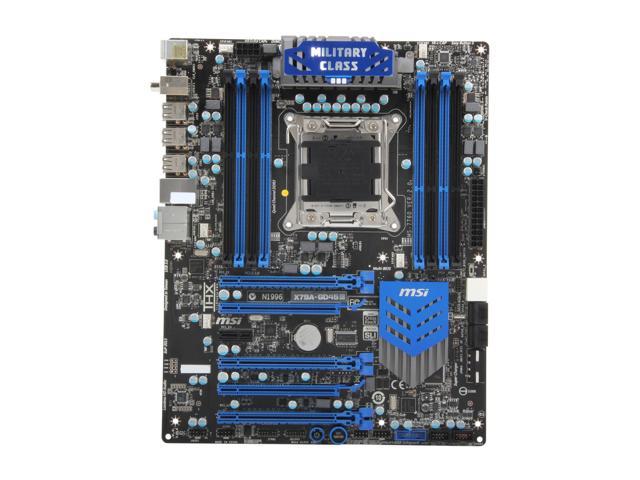 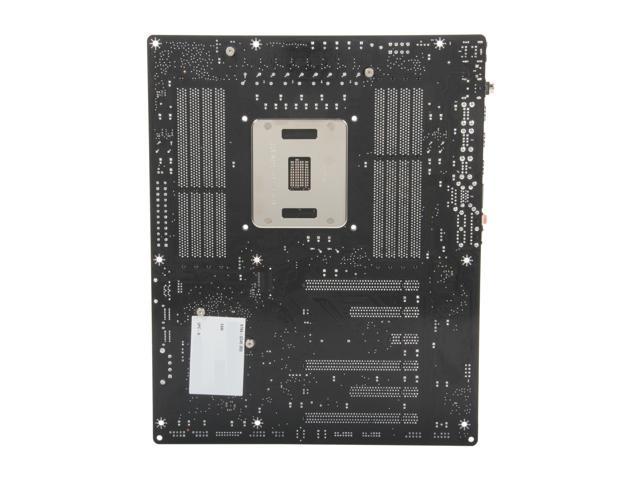 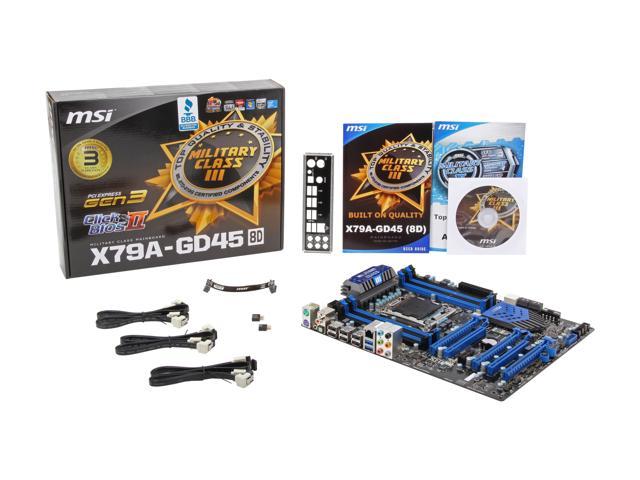 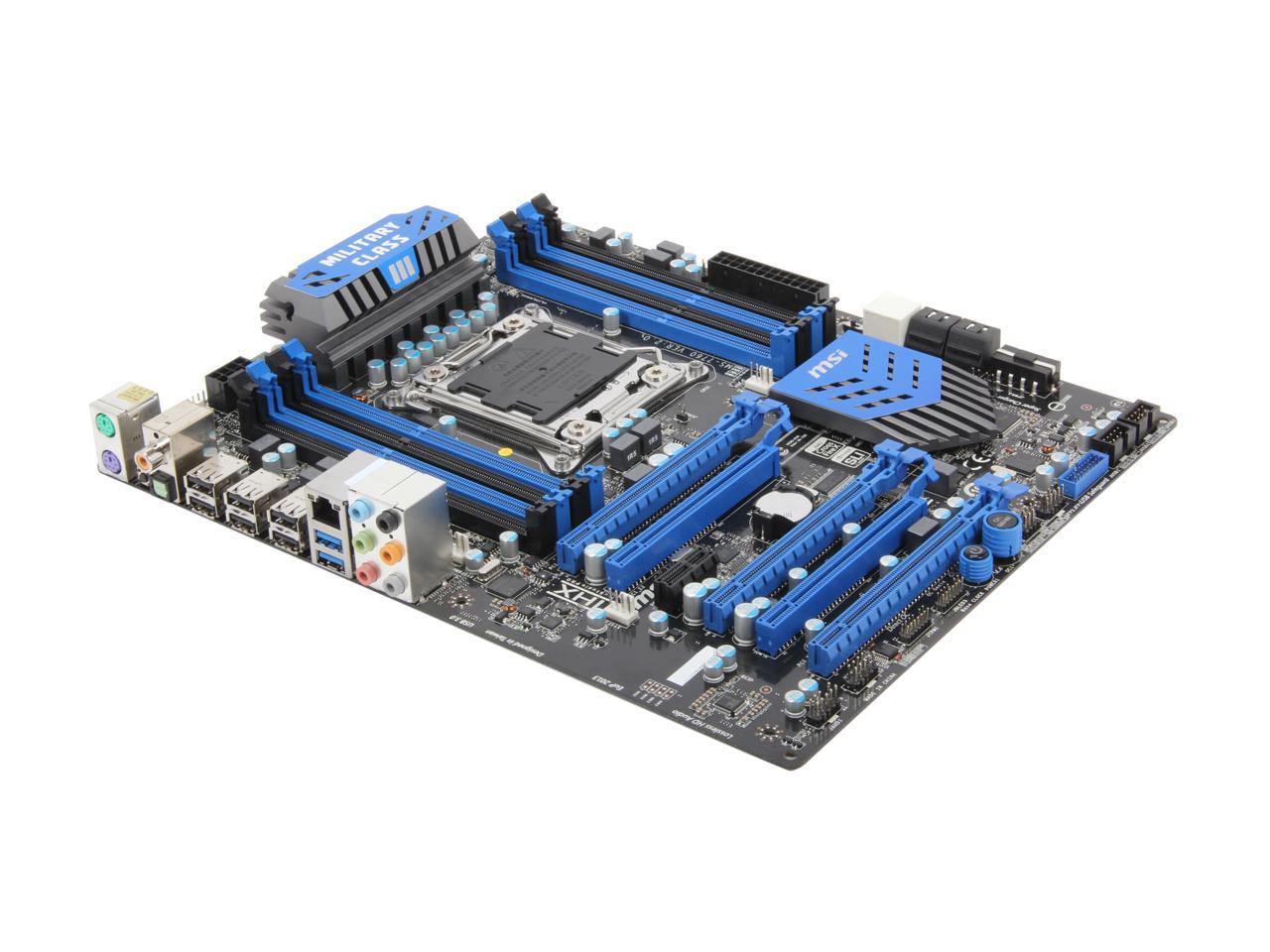 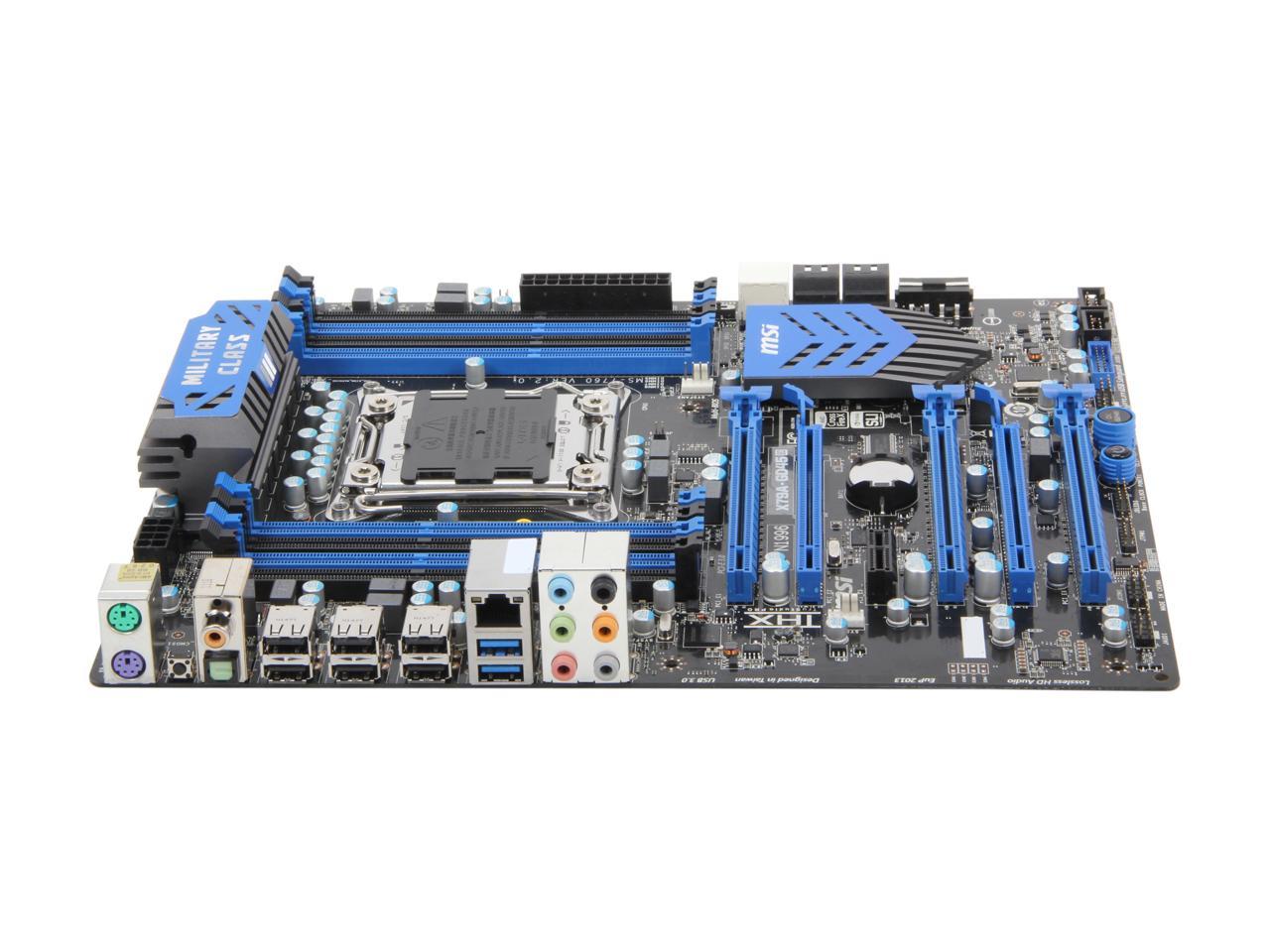 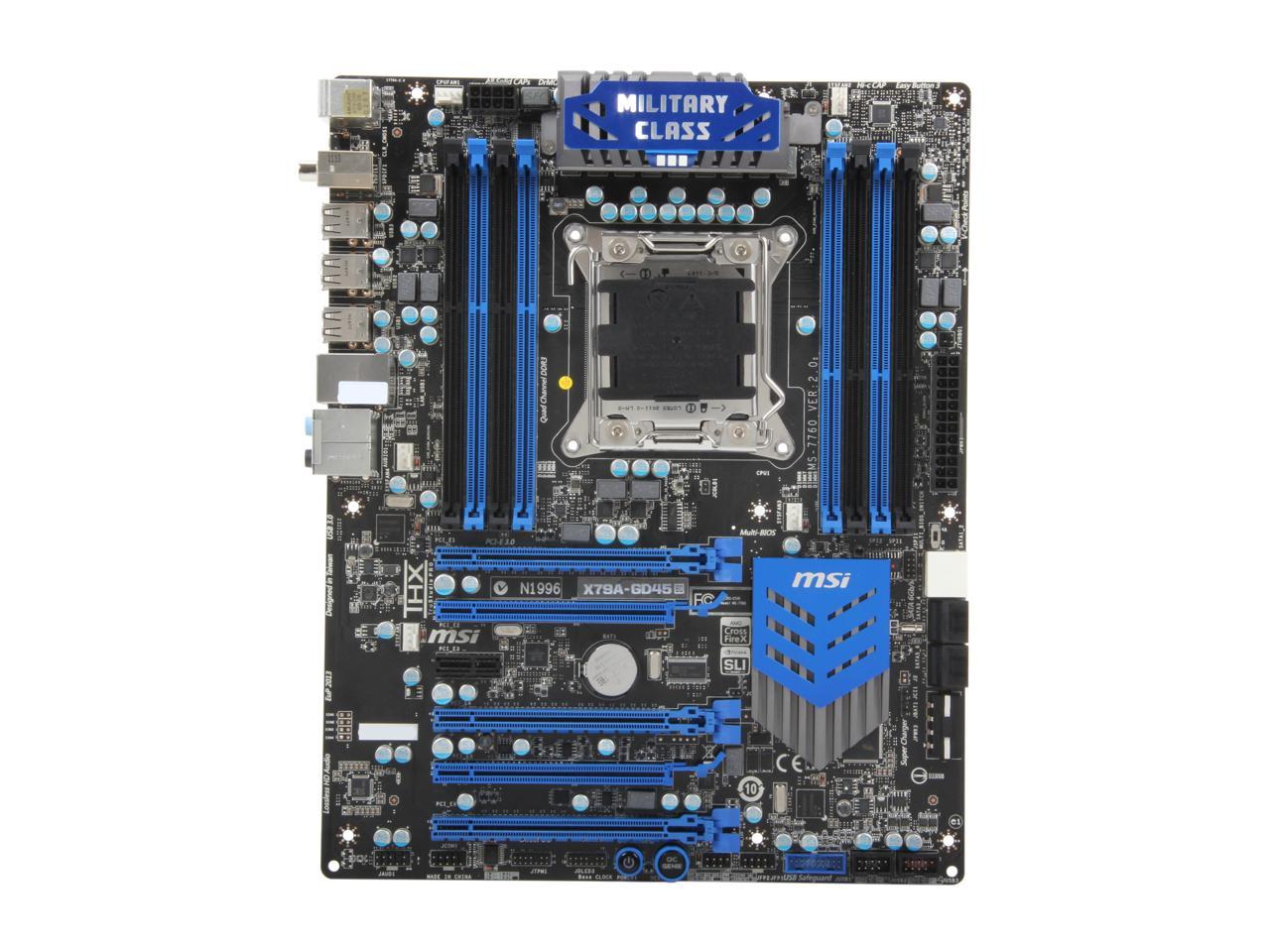 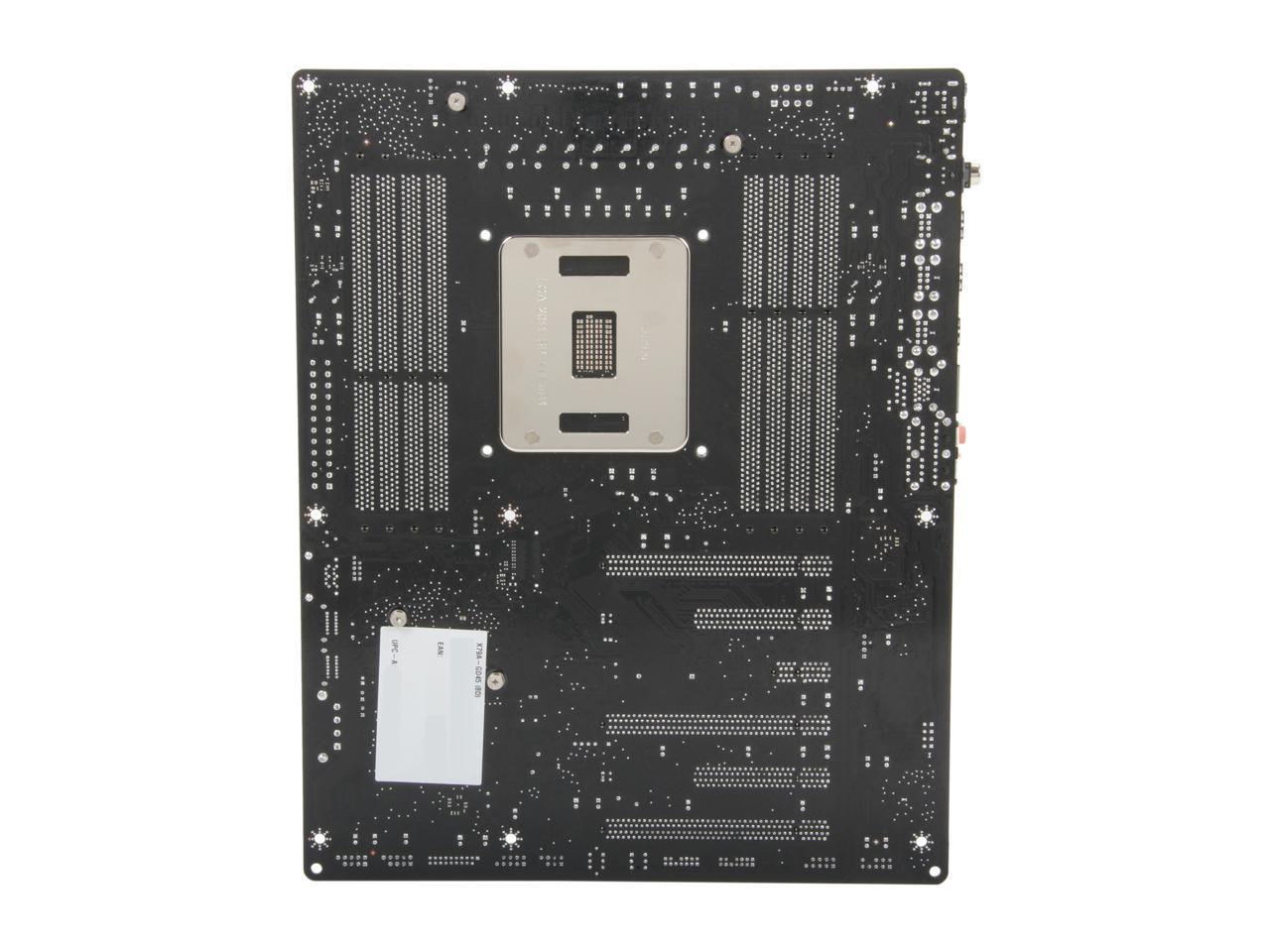 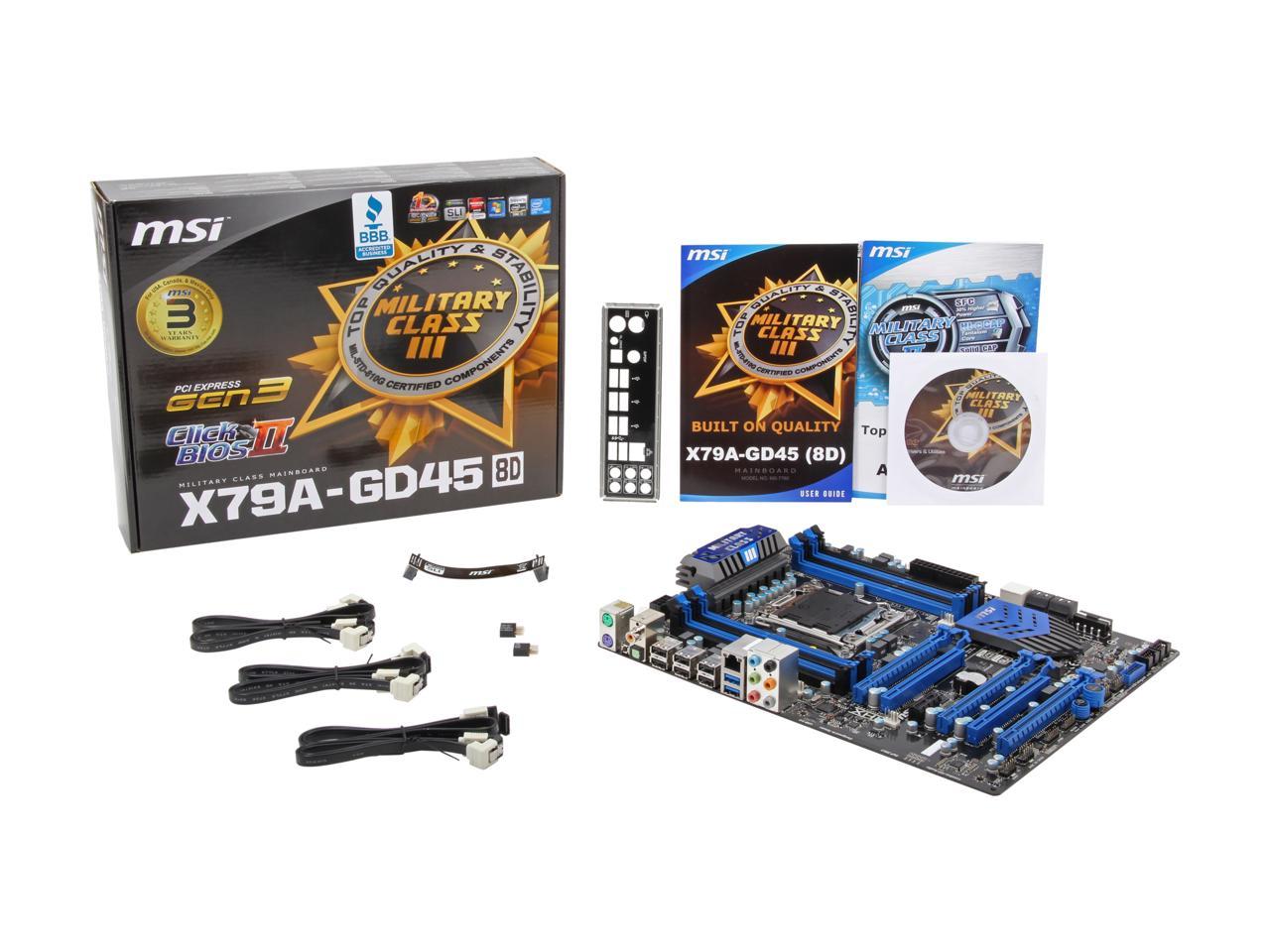 Pros: I was getting sick of using all the lame broadcom and realtek ethernet drivers under Linux so I got this board because it has an Intel chipset. Board is plug and play, clocks my memory correctly out of the box and everything. It was super easy to boot into the UEFI shell and add grubx64.efi into the boot options with this board. It's easy to upgrade firmware through the UEFI interface as well.

Cons: Board doesn't even have the ability to adjust base clock frequency from the UEFI interface. The only way you can change it is with MSI control center. Which, you might not even bother, because with my i7 3820 for example, you'll start having issues with this board once you clock it past 4.0 GHz. Just use the OC genie automatic overclocking feature, and if 4.0 GHz isn't fast enough for you, buy a different board.

Overall Review: When using the OC genie feature or manually adjusting the clock speed of the CPU, the Linux Kernel still sees the CPU as running at 3.6 GHz, but benchmarks still run noticeably faster. It still runs ok, but you get a ton of messages in dmesg output that say "delay: estimated X actual Y". I'm not sure if this is the fault of the motherboard, the CPU, the linux kernel (mainline 3.6rc7), or just misconfiguration of cpufrequtils.

2 out of 2 people found this review helpful. Did you?
Manufacturer Response:
Dear mynis01, Please kindly try the following, Go to BIOS setup, go to Overclocking section, you should see CPU Base Clock (MHz) option on the top which allows you to adjust the base frequency, and 100MHz is the default frequency. If you have any questions or concerns regarding the product, please do not hesitate to contact us directly at usreview@msi.com and we will be more than happy to assist you, thank you. Best Regards, MSI Review Team | usreview@msi.com
Luis T.
Ownership: 1 week to 1 month
Verified Owner
X79A-GD45 (8D)4/24/2012 1:24:37 PM

Pros: Worked/booted out of the box w/ Intel 3820 processor Overall seems that every slot is functional Price was right 8 RAM slots -- solid platform to run memory-intensive simulations All PCI-Express slots

Cons: Experienced memory related-system hangs during Windows 7 install when I mixed 2 different memory types w/ v10.3 BIOS. Installed fine after I used 2 memory sticks of the same type. Subtracted an egg because before I narrowed this down, I had to eliminate the video card and installation media as viable culprits which took several reboot/install attempts.

Overall Review: Reviewing an Open-Box item -- I found that the motherboard I/O shield/backplate and M-connectors (make front panel connections easier) were missing. I contacted MSI and they sent the parts within 3 business days. Props to them! Had a Kepler & Fermi card on system: to have both cards work, installed v286 driver for Fermi, and installed v301 driver for Kepler w/o doing a clean install. After updating the BIOS to v10.4 no further memory-related hangs have occurred. BIOS Bootup feature seems to be iffy, used M-flash from within BIOS instead to reflash BIOS and was always reliable. Dual-BIOS via switch saved me from RMA'ing -- flashed wrong BIOS image mistakenly and recovered by flipping switch, starting up system in BIOS, and using M-Flash w/ the correct BIOS image after flipping switch to route flash to bad chip. One of the features of this board is a jumper-based sensor override in case the user wishes to use liquid nitrogen cooling... interesting, but fairly uncommon!

Cons: None yet, very satisfied.

Pros: It's somewhat cheap for an 8D board. Uses mil-spec components.

Cons: Horrible BIOS. No way to overclock except via load-line calibration. The RAID mode also wont boot Windows 7 no matter what drivers I tried. The VRMs are also way weak. Tried 2 boards and both boards would not clock my i7-3930K beyond 4.2 GHz. Any higher and the boards would just shutoff immediately when applying load. I bought an Asus P9X79 Pro to replace this junker and what do you know, it successfully clocked by 3930K to 4.8 GHz.

Overall Review: If you're going to drop $1500+ on a computer, do yourself a favor and dont support a company which releases products that dont even have all the software features implemented yet. MSI is notoriously slow when it comes to BIOS updates.

1 out of 4 people found this review helpful. Did you?
Manufacturer Response:
Dear Valued MSI Customer, We would like to apologize for the issue you have experienced with this particular MB. Please email me directly via USUserSupport@msi.com or call us at 1-626-271-1004 Press 1 your MB's serial number and your complete contact information, subject heading "MSIX79A-GD45". I would like to help you get this resolved. Best Regards, User Support MSI Product Support
TD B.
Ownership: 1 day to 1 week
Verified Owner
Extremely Impressed6/10/2012 6:26:20 AM

Pros: Excellent quality and features with plenty of documentation. Installed a new i7 3820 and worked flawlessly. I'm using the OC Genie that bumped it up to 4Ghz... plenty fast enough for me. I upgraded from an X58 and was able to use my triple channel (6 modules) that worked perfectly. I've been gaming off and on for a couple days now and absolutely no error messages and stable. What more can I say, it just works great... and fast!

Cons: No 1394. Price. I had to buy a mounting kit because (and not knowing in advance) the cooling heatsink assembly mounting screws are larger for the LGA2011... at least on this board. Would have been nice to see something in the information... something like requires specific screws, etc.