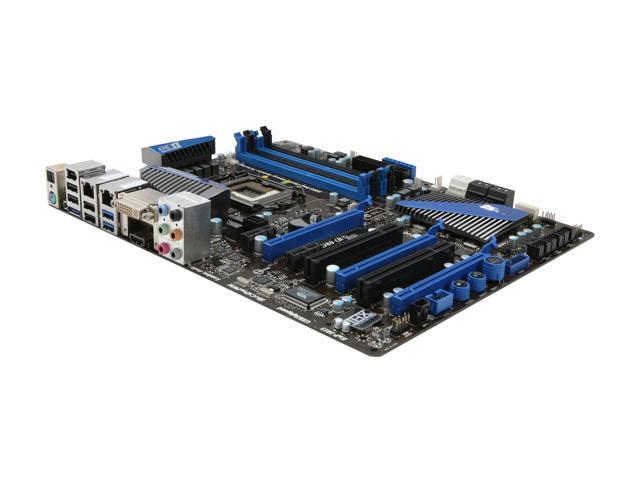 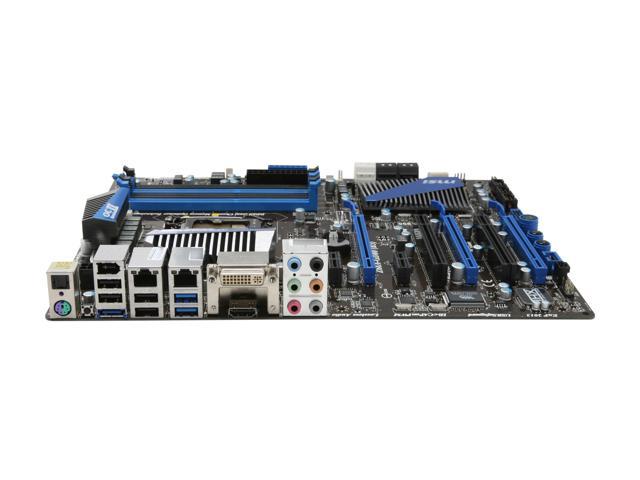 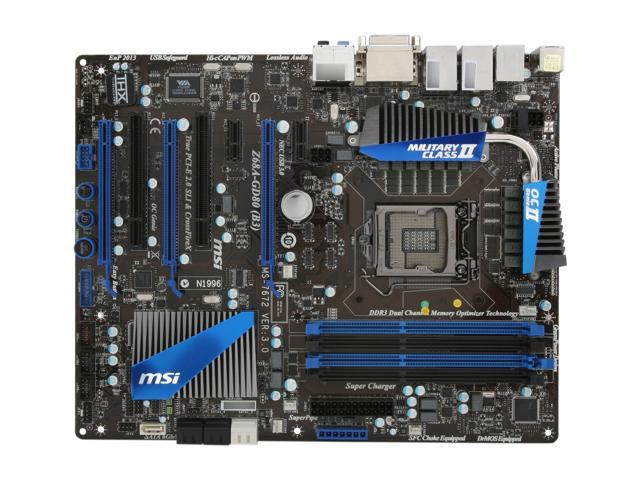 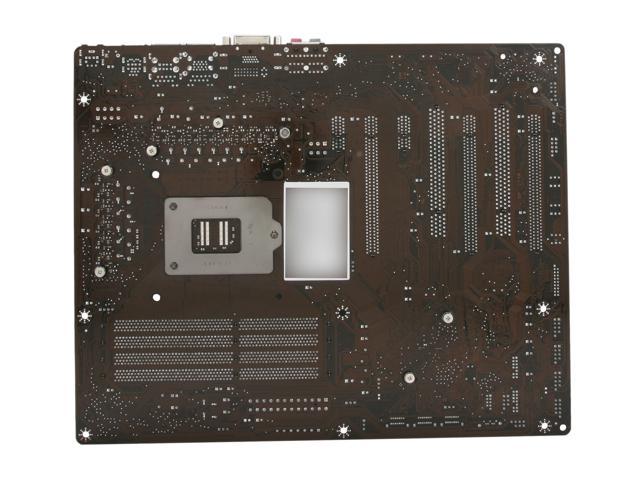 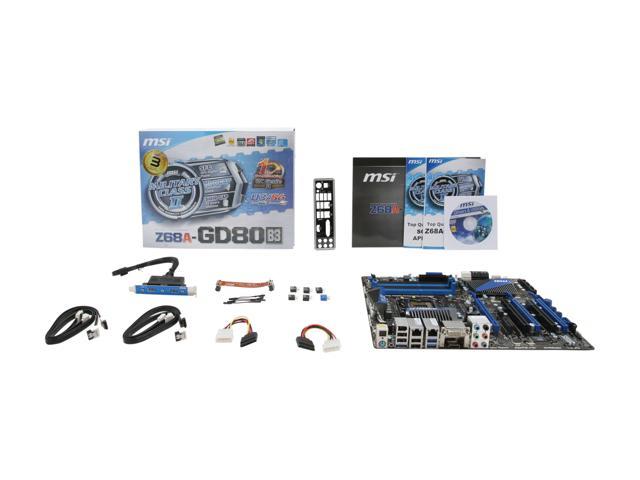 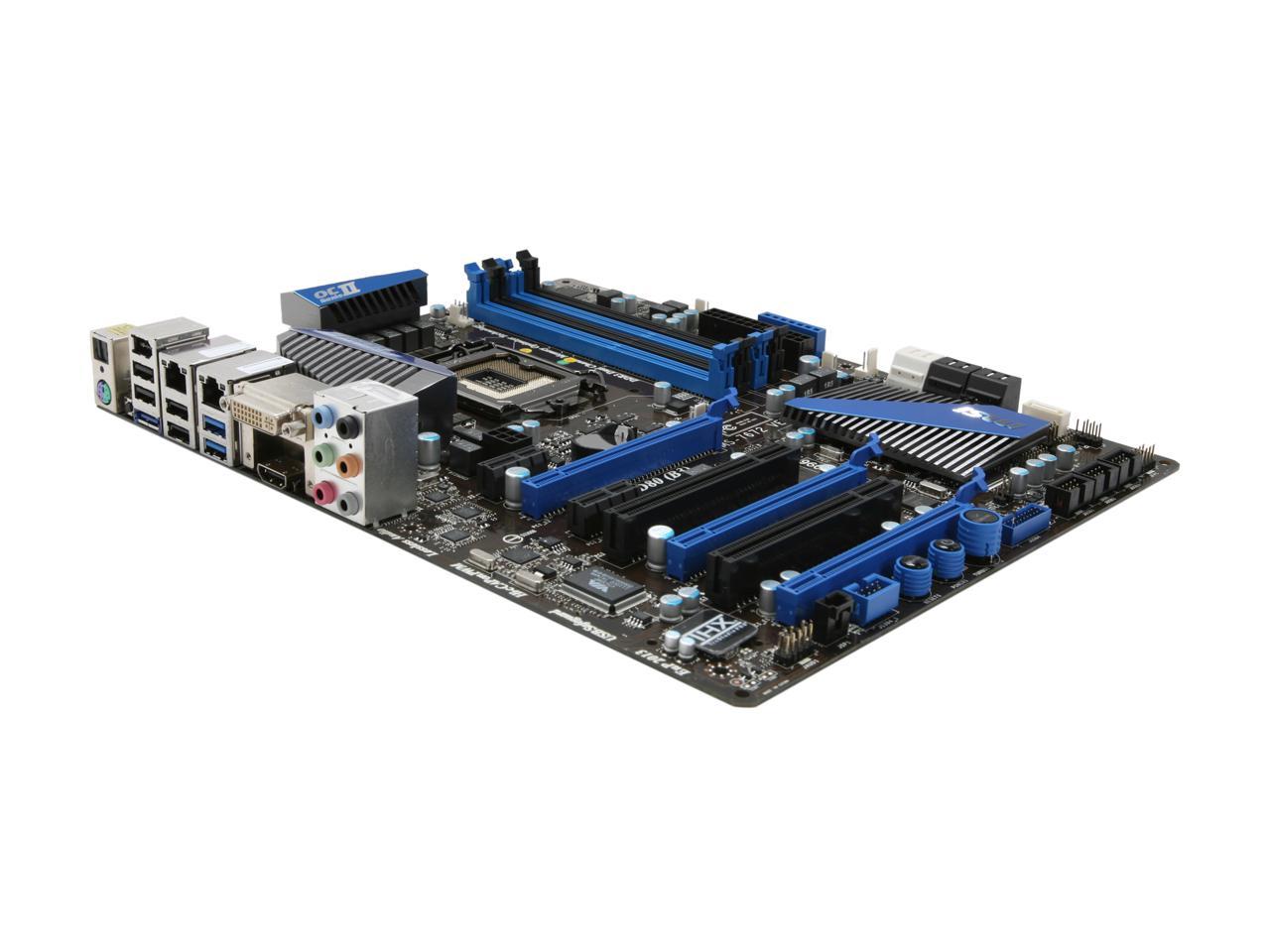 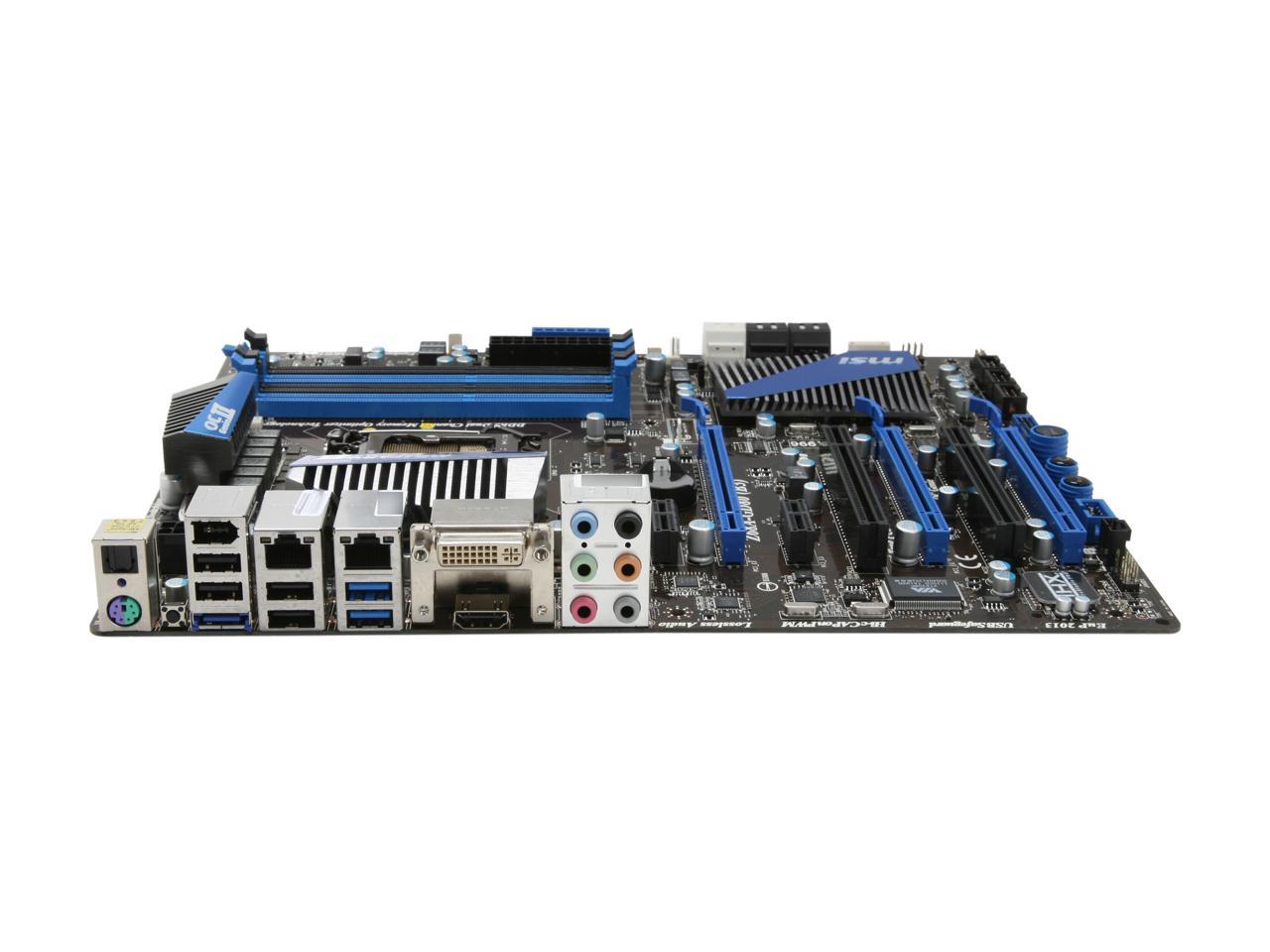 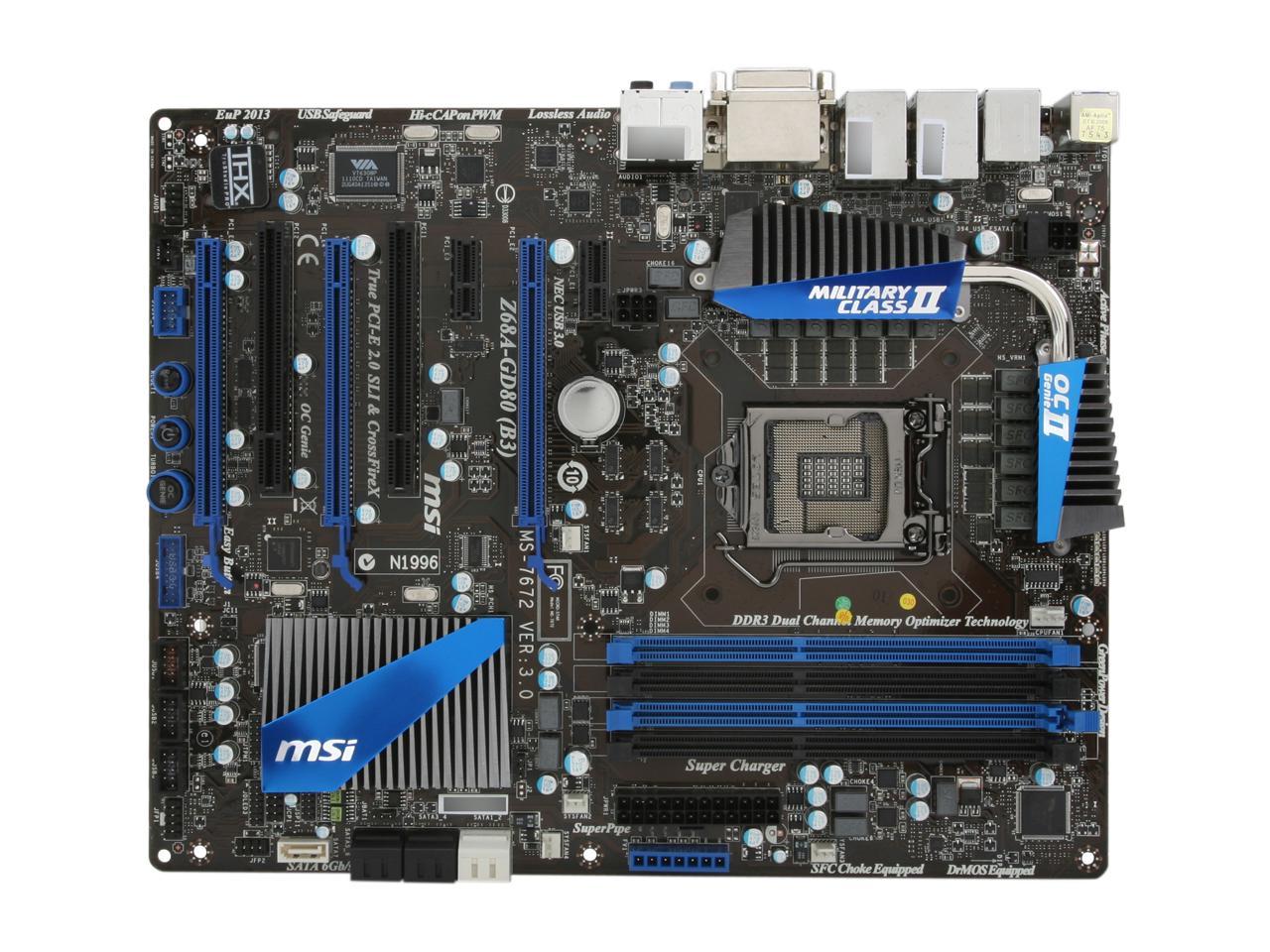 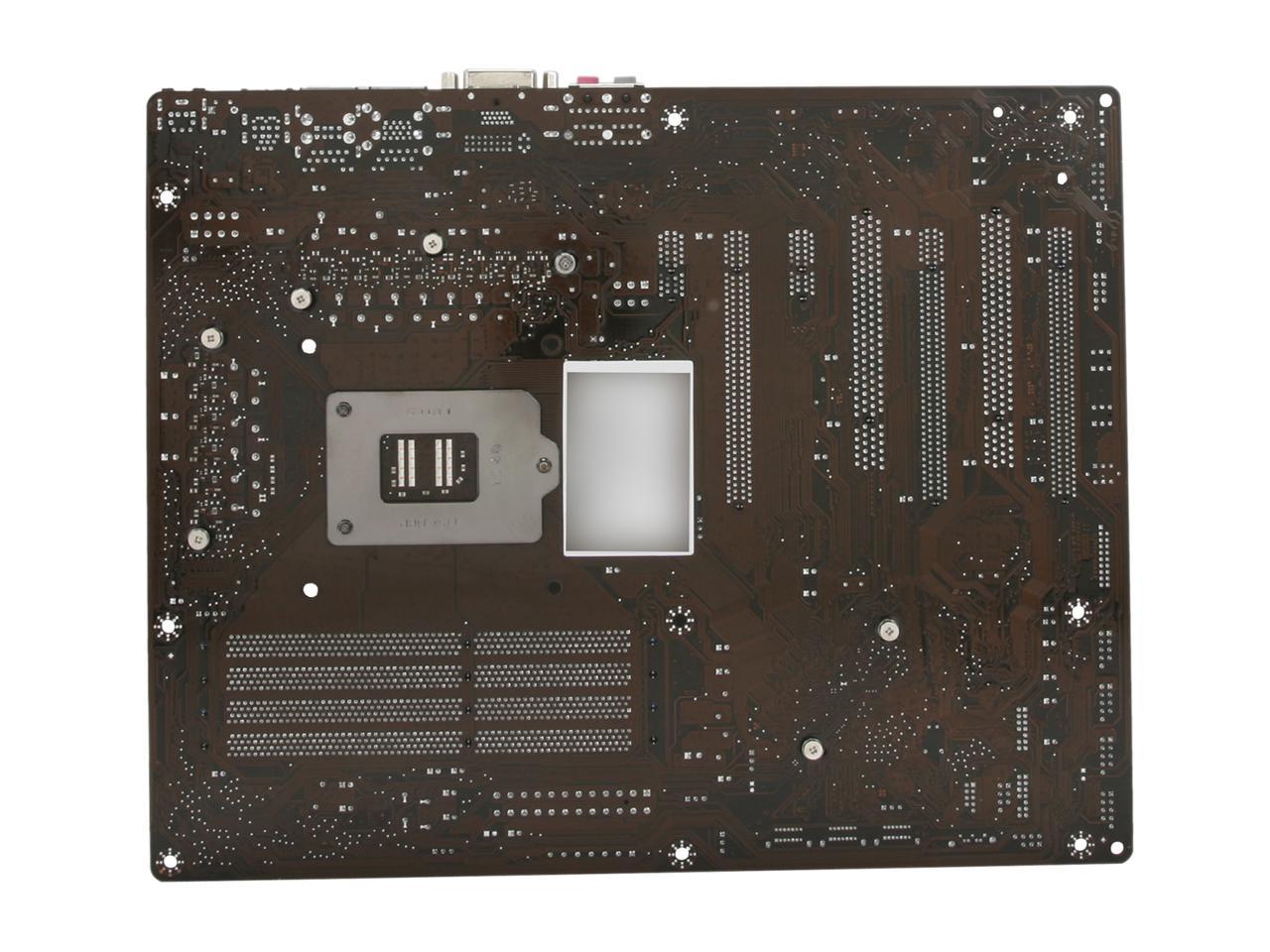 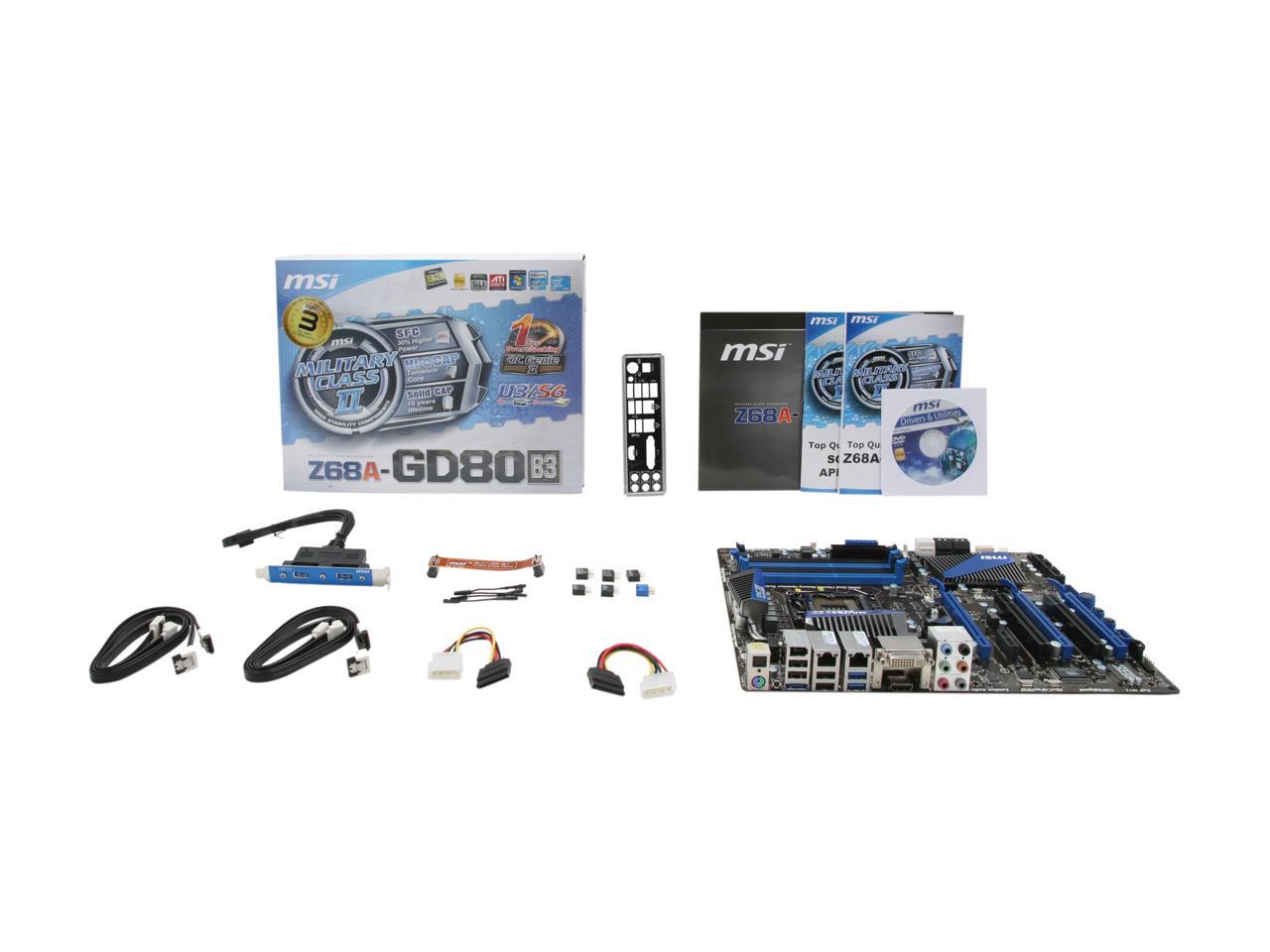 (35) Write a Review
OUT OF STOCK.
Fees for brokerage and duty included in price.
Overview
Specs
Reviews
Based on the latest Intel Z68 express chipset, which supports 2nd generation Intel Core i CPUs, MSI Z68A-GD80 delivers unparalleled performance in both gaming and daily computing. The MSI Z68A-GD80 has 3x PCIe x16 slots, allowing for graphics cards to run in SLI or CrossFireX mode, but also has support for LucidLogix Virtu to take advantage of both the discrete graphics cards and the built-in visuals of the Sandy Bridge processors for video transcoding. MSI Military Class II components provide top quality, extreme performance and ultimate stability. MSI OC Genie II can increase overall system performance in 1 second – all you need to do is to press the OC Genie button or enable OC Genie II function in BIOS menu. In addition, the Super Charger feature allows mobile consumers to charge their iPad, iPhone, or smartphone faster.

Pros: Amazing thing just happened. After trying two of these MSI MB's and dealing with the same DVI output issue, I just installed a Gigabyte GA-Z68X-UD3H-B3 MB and guess what! Same deal with the DVI. Just to point out, I had checked the DVI cable more than a few times, and the funny thing is it worked fine as long as I was using a graphics card installed on the board. What I finally found was the DVI connection at the monitor was just loose enough to cause the issue, but only if I had it hooked to the MB's DVI output, not the graphics card. It's somewhat embarrassing to admit my bad, but it's only fair to MSI to tell the truth and what I finally found as the issue. I'm sorry MSI for blasting you, but I was stumped with this one, and logic didn't lead to the real issue.

Cons: A simple solution, wish I had stumbled upon it before going through the trouble of returning boards and posting undeserved negative feedback.

Overall Review: I was about ready to box up the second MSI MB and send it back for a refund, but since I now believe I've found the fault, I've decided to keep the board and use it in the near future. It was working fantastically fast with the discrete graphics card, so I'll look forward to setting up another 1155 system soon.

Pros: I forgot to mention... My on-board DVI is working fine, and I'm using it right now while waiting for my video card's RMA. I have not tested the HDMI. Some of the other reviews made me nervous, but a bad batch of boards must have gotten through QA somehow. This is my third MSI board, every one has lasted years until I wanted an upgrade.

Cons: Newegg, please allow review editing or the ability to add text to an existing review. I had to write a new review with a new rating for this.

Cons: On board DVI doesn't work properly. I've tried changing the integrated graphics bios settings, new DVI cable, and it doesn't fix the problem. I'm going to double check, but in my attempt to troubleshoot, the DVI port worked if I used a DVI>HDMI adapter and connected it to the HDMI input on my monitor. Hopefully I won't have to RMA the board and MSI can fix this with a BIOS update.

Overall Review: I see from other reviews that I'm not the only one with this problem. I'm going to email MSI via the info they provided here and see what they say.

Manufacturer Response:
Dear Valued MSI Customer, We would like to apologize for the issue you have experienced with this particular mb. Please email me directly via usersupport2@msicomputer.com your mb's serial number and your complete contact information, subject heading "EAHZ68A-GD80". I would like to help you get this resolved. Best Regards, User Support MSI Product Support
Joseph M.
Ownership: 1 week to 1 month
Verified Owner
Excellent Board6/18/2011 6:42:49 PM

Pros: Sturdy board, handles dual-SLI easily, I had no issues with onboard video. Low-profile heatsinks make installation and setup easy. Plenty of ports for my case inputs and drives. SSD-caching looks nice, though I haven't tried it yet. Everything looks and feels sturdy and reliable. Very happy with the ability to swap to CPU (2600k) for video transcoding and then back to the dedicated GPU for everything else.

Cons: Would be nice if more boards support dual-SLI at x16 speeds, but you know what you're getting.

Overall Review: My first build years ago started off with a dead MSI board so I was hesitant to come back this time around, but I've been very happy with my choice. The z-series feels like it really should have been the first iteration and not just a combination of the two previous series but I'm glad its here.

Pros: Running i7 2600k overclocked 4.5Ghz. Two GTS 450s sli, using the onboard graphics to drive a second monitor. Using 2T boot drive with the Intel Rapid Storage technology makes a -big- difference and just works without requiring a lot of tweaking. GUI bios takes a little bit to get used to, but once you know where everything is it's easy to use. 5 fan headers, all variable with SpeedFan.

Cons: Not really cons: HD audio output is on the back bottom corner, so front panel audio may not reach. Can't get the system to display the hardware summary during boot.

Overall Review: I've not had any issues with the mainboard whatsoever. However I don't install any of the MSI software other than the required drivers, because it's bloated and ugly.

Pros: - Access to Intel HD graphics so can use Virtu + QuickSync. I haven't used it yet, but will soon. - The touch bios is very cool, love being able to use a mouse in the bios. Easy to overclock my i5 2500K no problem. - Plenty of USB headers: 10 USB2, 4 USB3. - 2 SATA3 and 4 SATA2 off Intel chip was plenty for me. I disabled the Marvell ports in the bios so I didn't have to see that empty post screen.

Cons: What can I say... it works as advertised. Sure there are little annoyances with every build, like I don't know why all case-related headers aren't on the right side of the board. That makes more sense to me.

Overall Review: The CPU phase LEDs are bright, careful you don't blind yourself while building and testing :) Also, in the bios the mouse was a little finicky for me with scrolling. When you have a long list of things to choose from, like CPU voltages, be careful when dragging the scroll head, because if your mouse wanders off the scroll bar it will instantly select the first thing your mouse hovers over. If you're wondering why the select box suddenly goes away, that is why.

Pros: I was amazed at the bios, MSI has really put substantial development into the bios. Its very clean, has mouse support, and beautiful (for a bios). Very impressive UI for a bios, and has all the overclocking nobs if that's what you are looking for. I also really liked the fact it has onboard video and built in HDMI.

Cons: Windows 7 x64 required drivers disk. Several pc's I have built and reformated have not required driver disks upon imaging. But the drivers disk that came with it was well thought out and is a 1 click install for all drivers so it sort of negates this issue.

Overall Review: price could have been a little cheaper but, non the less I am very happy with this board.

Pros: Great high end board while it worked, lots of features, no issues with core-i5 2500k until...

Cons: Board died after a month and a half. Won't make it through POST, resets after about 2 secs with no video displays on monitor. When I remove all RAM it will stay on a good 5 secs before resetting b/c there is no RAM. Need to RMA now, so hopefully support is good.

Overall Review: I've tested all components on another board so I know the MB is the issue. Bought a cheaper replacement board in the meantime from a competing brand, hopefully that won't have issues like this one.