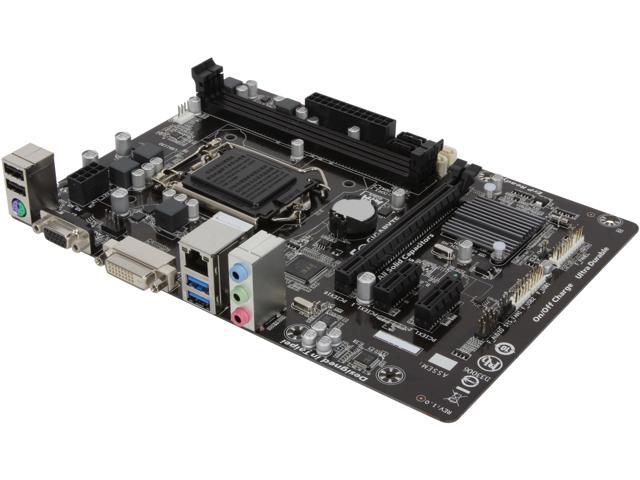 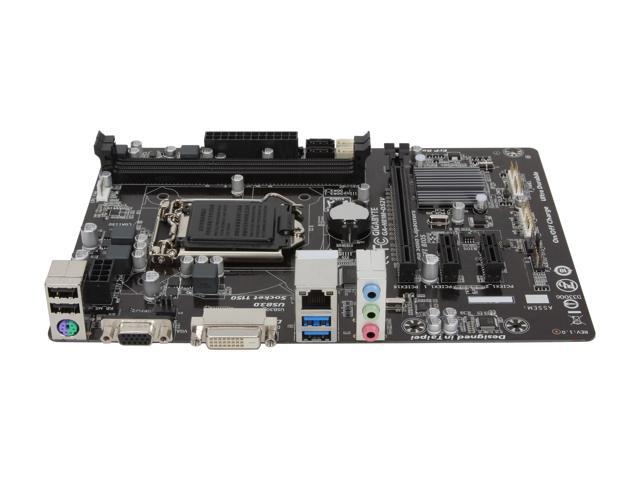 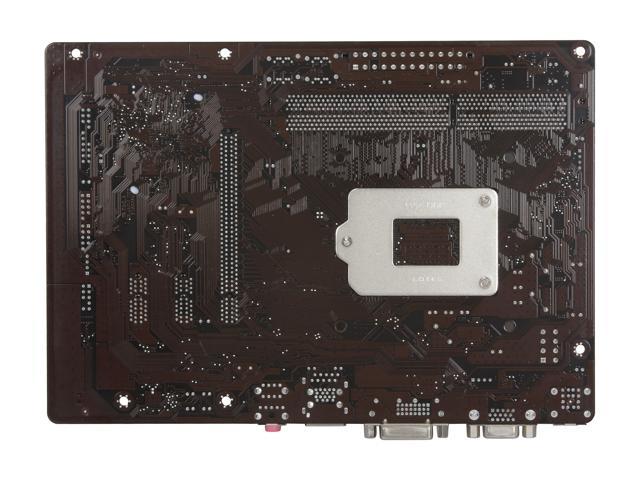 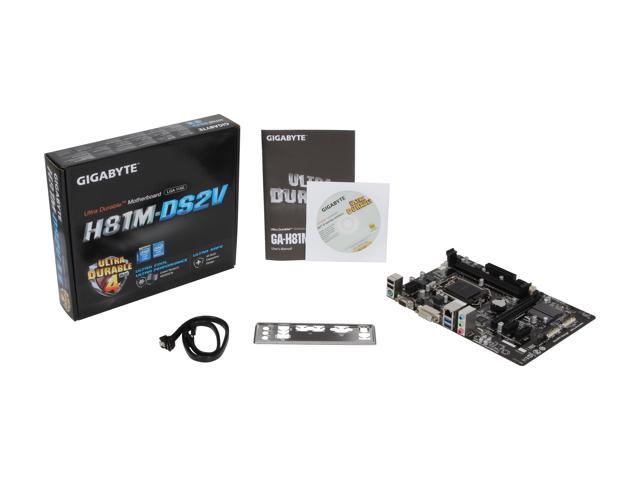 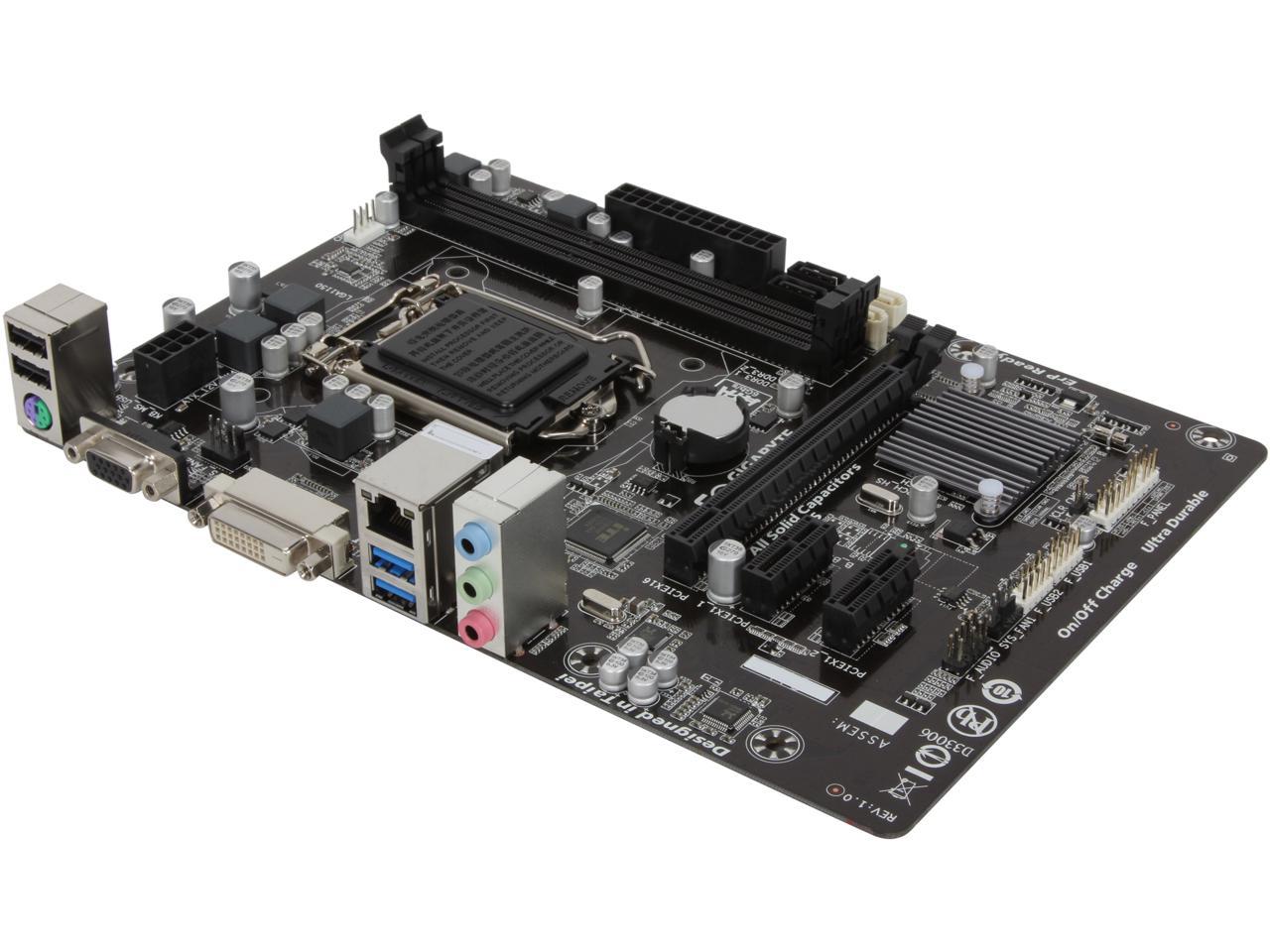 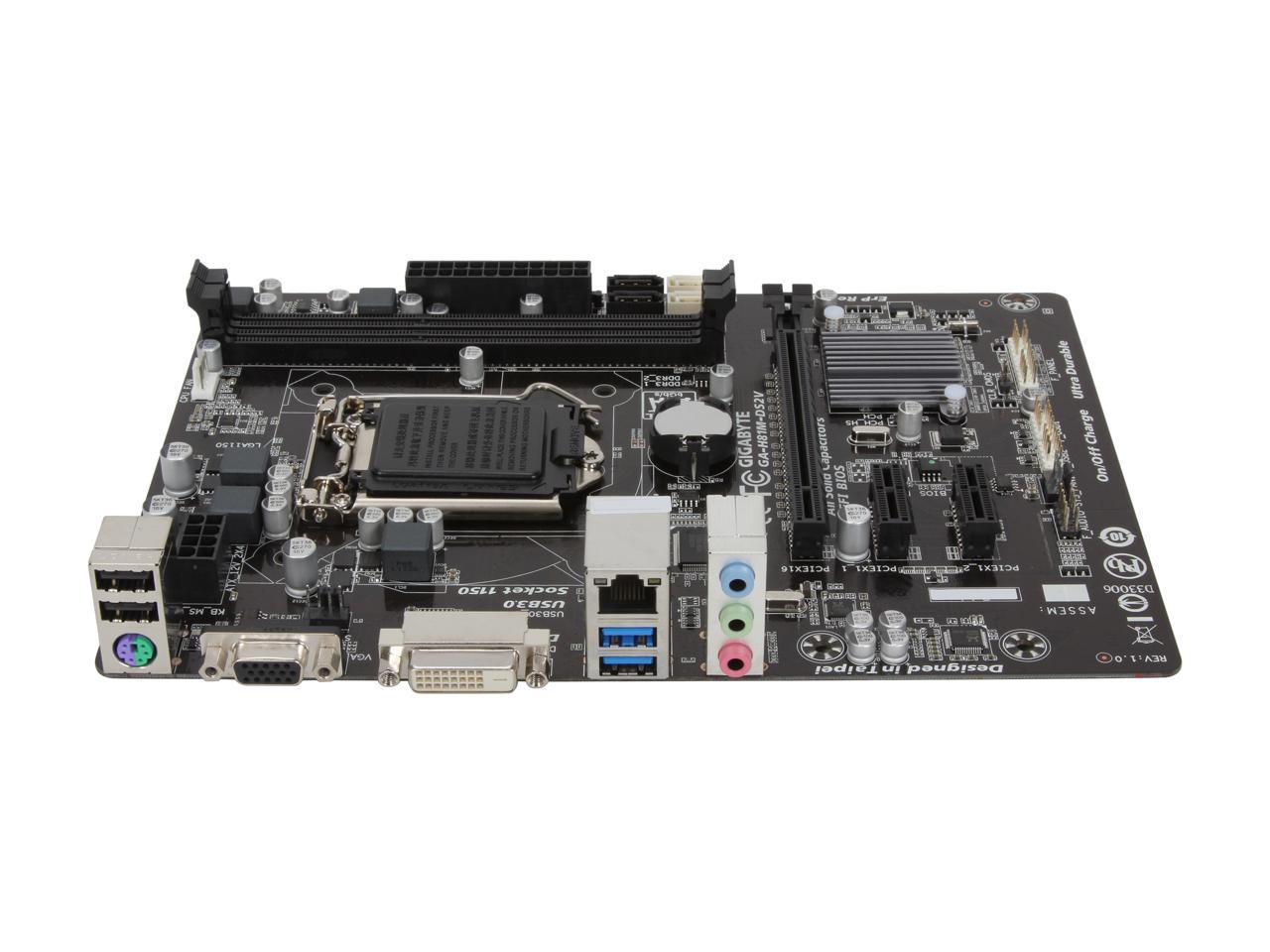 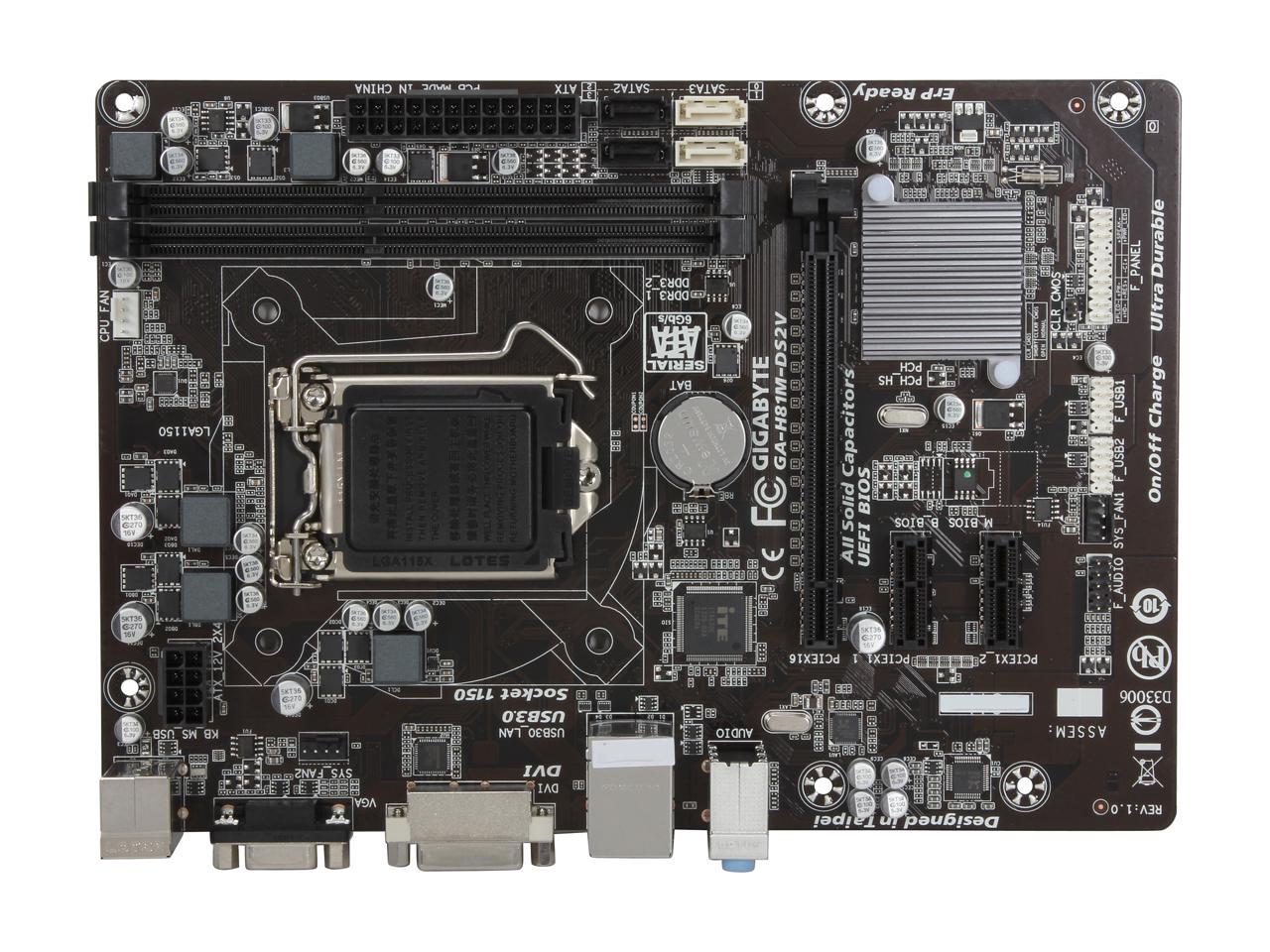 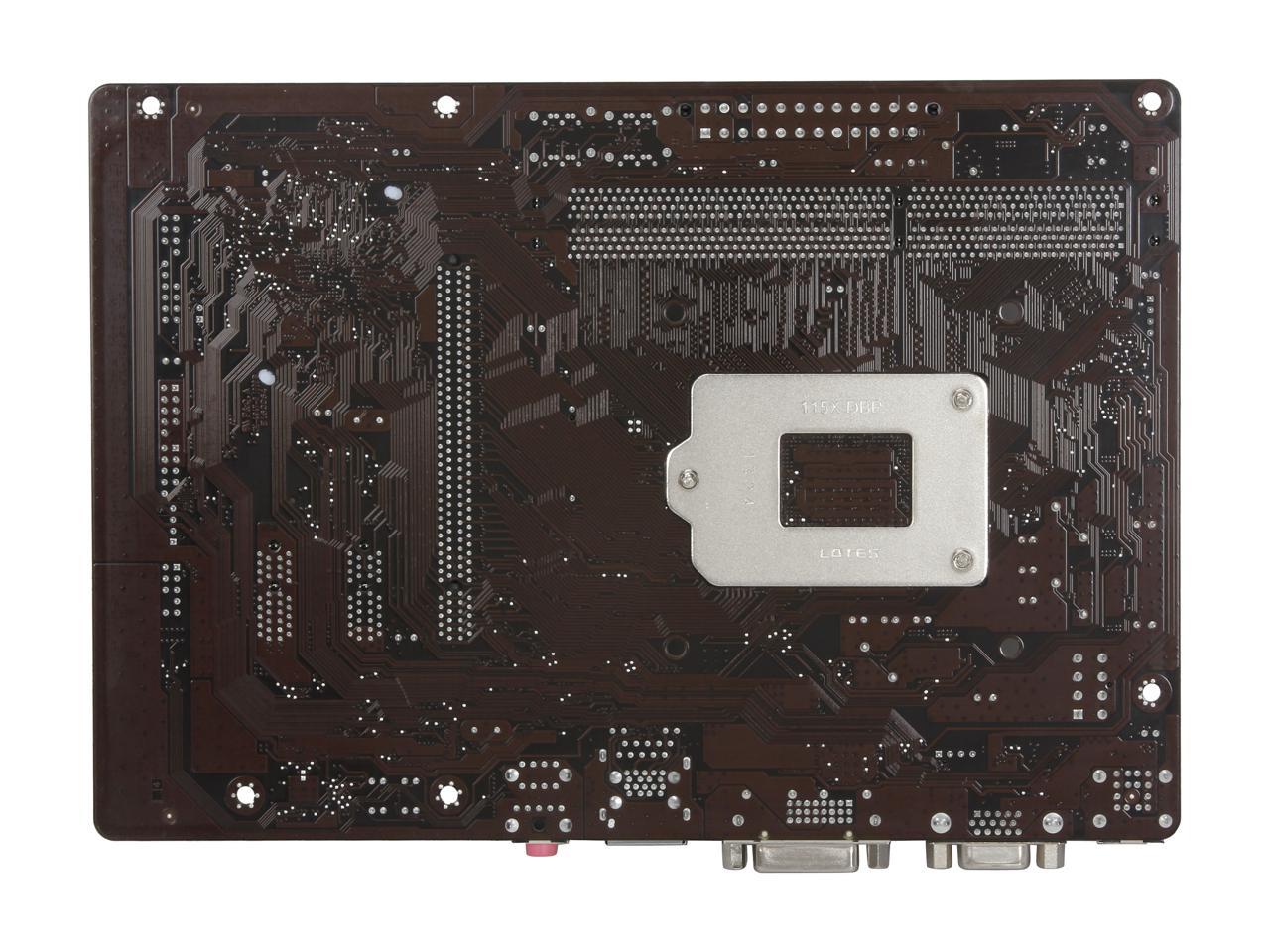 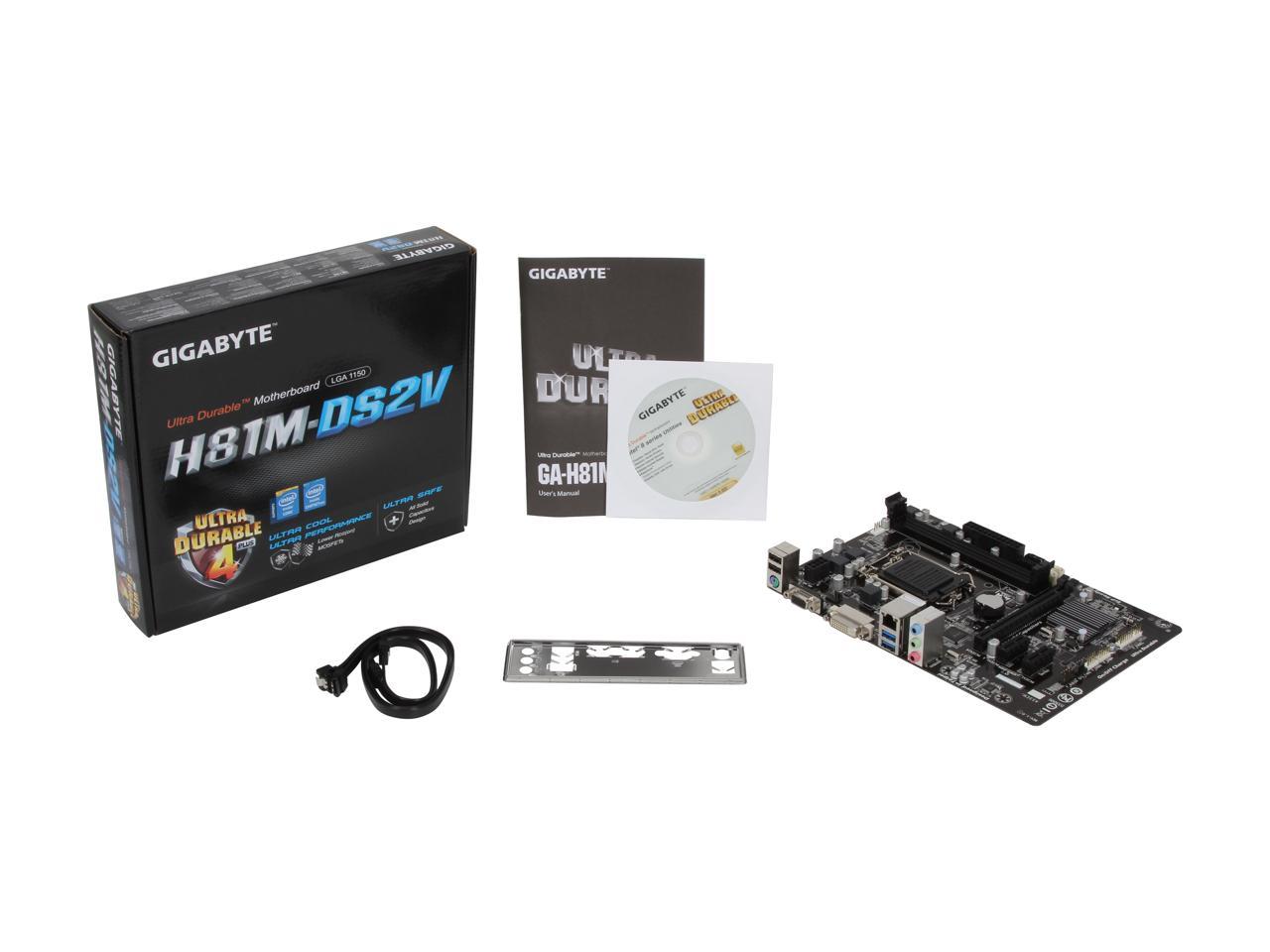 (49) Write a Review
OUT OF STOCK.
Fees for brokerage and duty included in price.
LOADING...
Specs
Reviews

Pros: Stable motherboard with easy to navigate EUFI and all the basics you need.

Overall Review: I've used Gigabyte boards in all me recent Haswell builds and haven't had any problems at all with them, and this board is no exception. I shop by price because I don't need a bunch of bells and whistles, and Gigabyte always has a decent balance of reliability and affordability.

1 out of 1 people found this review helpful. Did you?
Justin B.
Ownership: 1 month to 1 year

Pros: Every part does what it's supposed to do. I had no issues with this board. What else is there to say?

Cons: The BIOS is kind of messy, would suck if you didn't know what you're doing, you can switch to "classic" mode and it is a little better.

Overall Review: Gigabyte has at least a couple of B/H series boards that can OC the G3258. I think many if not most the board makers will follow suit with BIOS updates for all their 1155 boards.

Pros: I managed to get this board along with the G3258 together for a really great price. I heard that some ASUS and MSI non Z series boards could overclock the G3258, but I hadn't heard anything about Gigabyte boards so I was curious when the board arrived. My board came with the F1 BIOS which wasn't able to overclock the chip. Once I upgraded to the latest F5 BIOS I was able to overclock it. Obviously you won't be breaking records with the board, but for the money it's a great deal. I'm currently running at 4GHz with the stock cooler in a small form factor case without any issues.

Cons: I noticed that even without overclocking the system that the heatsink on top of the chipset gets really warm, warmer than most of the other boards that I have used in the past. I haven't experienced any real issues with the system due to the warm chipset so I guess I can't really complain.

Overall Review: Overall this is a really good Micro ATX board for the money. If you have a little extra money I'd look for a model that has four slots for RAM for easier upgrades in the future.

Pros: Nice stable board. Easy to install and well laid out. Had no problems connecting everything. BIOS pretty easy to set up. This was my first foray with a UEFI BIOS and I had no trouble adapting to the new mouse-driven setup screens.

Cons: Not really cons, but it is a budget board, so you only have 2 DIMMS and 4 SATA connectors. This was fine for what I needed.

Overall Review: I had two issues after installing Windows 7 with this board, both of which were 100% fixable, so let me save anyone with similar issues some time: 1. After a soft reboot, or even a logout/login, the ethernet port would no longer detect the network. Long story short, going into the ethernet driver settings and disabling the green ethernet and energy efficient ethernet settings completely fixed this. Apparently, these settings adjust the voltage of the port depending on the length of the cable it detects. I was using a long cable and it didn't seem to like that, but disabling those driver settings fixed the problem completely. I doubt that the ethernet port is going to add anything to your electric bill if you turn these off. 2. I had set one of the SATA ports to eSATA, AHCI, "hotswap enabled" in the BIOS and connected it to my case's front eSATA port. With the standard Microsoft drivers, hotswap didn't work at all. It would detect a drive if it was plugged in and powered on at boot up, but wouldn't let you eject it, and wouldn't detect it if you hooked it up after bootup. Installing the AHCI driver from the motherboard's website completely fixed this. I hadn't installed it initially because the site seemed to suggest that it was an install-time driver meant to help you install Windows if it didn't detect the drives. Well, it did detect the drives, so I hadn't installed it. This driver is the only one on the motherboard's site that doesn't have its own installer, so I wasn't sure if I should replace the Microsoft driver. In short, install the motherboard's version of the driver manually if you want to assign a SATA port to eSATA (you should probably install it anyway, even if you aren't). Neither of these issues was worth deducting an egg over, as they really aren't problems with the board itself and they are completely fixable. I do think that Gigabyte should make it clear on their site that the AHCI driver isn't just an install-time driver, and that you should install it even if Windows detects the drives with the standard Microsoft drivers, but that's not anything serious.

Cons: Board arrived. Installed in PC. Fans kick on but no POST. Tried to find technical support. The number given is in another country. Went to the website. Was forced to login with either my windows live account, Facebook account or had to create a passport account. I tried creating the passport account but no matter how I entered the verification code the website rejected it. I finally gave in a used my Windows Live account. Still no possibility of talking to a human. I will not by another Gigabyte board.

Overall Review: I am Head of Information Technology for the company that I work for and have been in I.T. for just under 20 years. I have never had this much of a challenge getting technical support for an item that I had purchased. The only reason I gave 1 egg is because I couldn't give a zero.

2 out of 2 people found this review helpful. Did you?
Manufacturer Response:
Dear Customer, Thank you for your comments. We apologize for your difficulty with your GIGABYTE product. Please contact us at newegg-support@gigabyteusa.com with the case number 120478 in the e-mail subject line. We will provide personalized service and analysis to help solve your issue ASAP. If the matter is urgent, please send us your contact number, and we will contact you. GIGABYTE VIP Support Team
Andrew W.
Ownership: 1 day to 1 week
Verified Owner
I like it.12/12/2014 8:25:34 AM

Pros: For 50 bucks this board gets the job done plus I am buying a motherboard from a tier 1 manufacturer. Still have a Gigabyte Ultra Durable 3 motherboard that is 5.5 years old still chugging along. This board does have a 12v 8 pin connector. so make sure your power supply has a what typically is called a 12v 4+4 pin which works with 12v 8 pin or 12v 4 pin because it splits apart, and can be snapped back together for 8 pin. The board has two 3.0 usb ports on the back. There are no usb 3.0 headers on the motherboard. There are two usb 2.0 headers on the motherboard. Not going to overclock on this board, so nothing to report. Picked up an Intel core I3 4360 on sale, and it's running very good on this board. My board did have the latest bios version which is F5. If you are on a budget, and are trying to get the most bang for the buck, and can get it for 50 bucks or less then thumbs up.