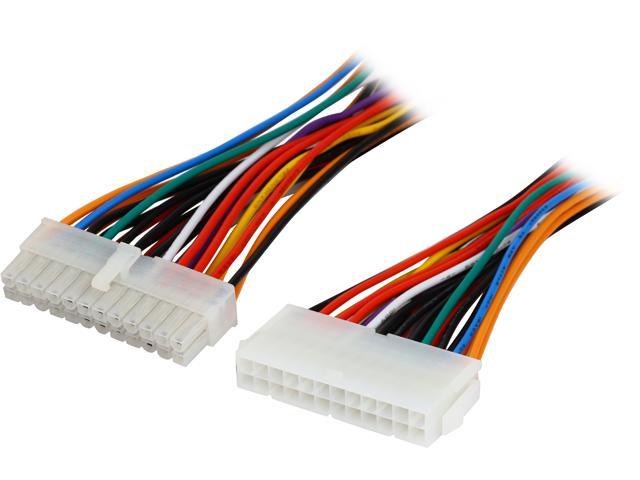 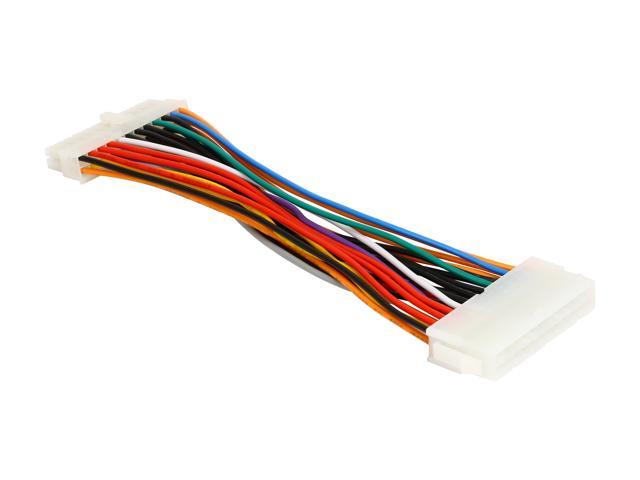 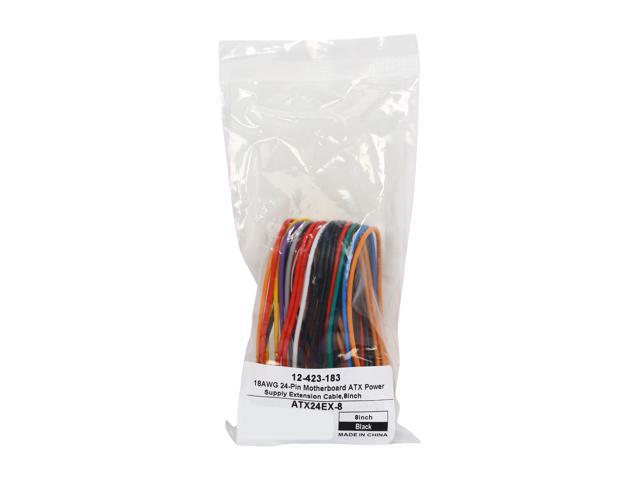 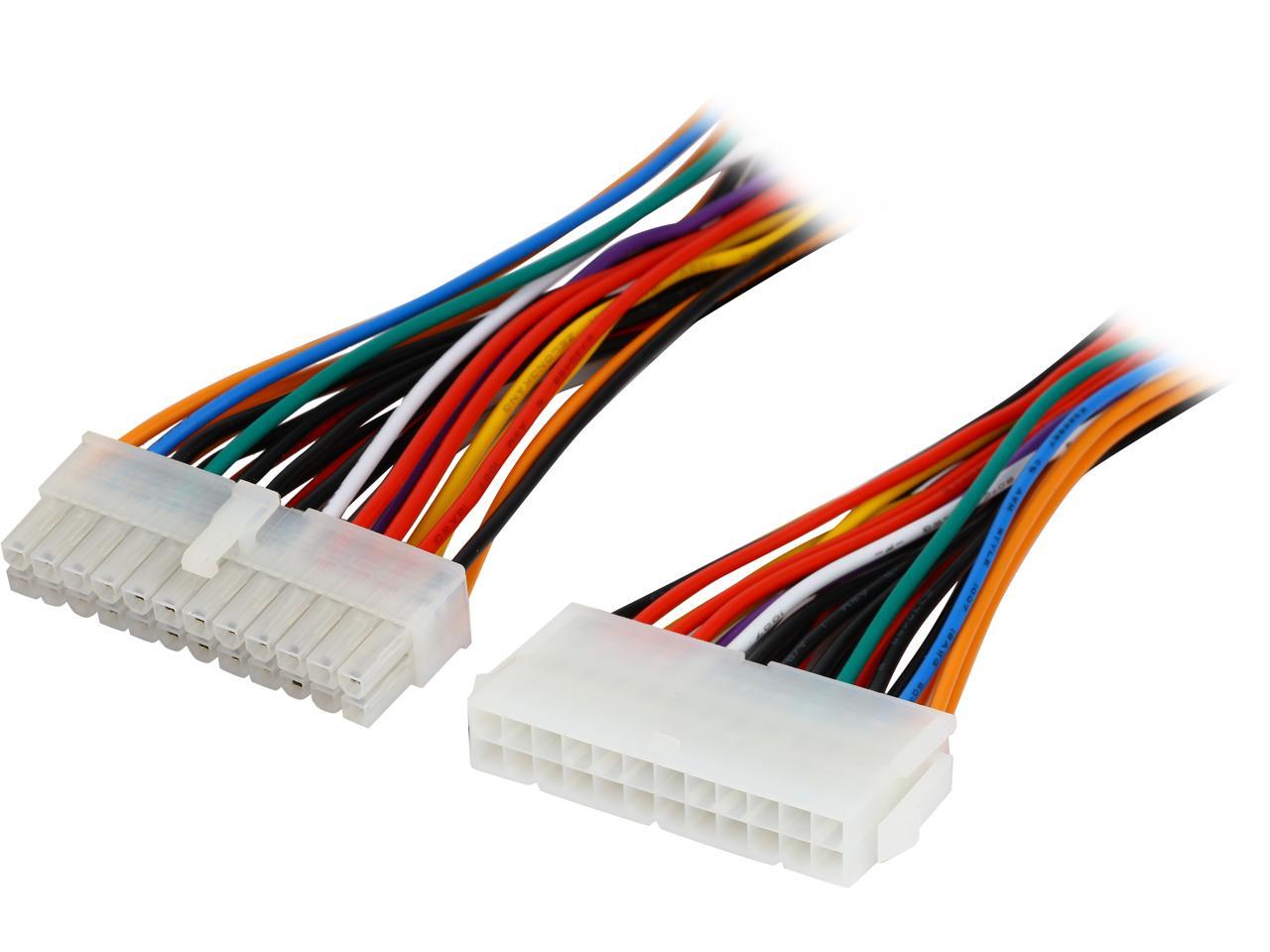 Pros: Worked for me!

Pros: Just the right amount of extension for my application, connector ends are made cleanly, fit in terminals on board and power supply connector, locks engage and hold firmly, release when pressed

Cons: One of the pins was only about 30% inserted into the connector end. The retaining lock hadn't even engaged meaning all that was holding the pin in place was the rigidity of the wire the pin was crimped around. I realize that's only 1 in 48 pins (when you count both sides), but this is not a complex component. Proper assembly should be a given.

Overall Review: I put together a HTPC using an SFX power supply in a case that was a microATX, but was designed to accommodate a full ATX power supply. I'm glad I used the SFX, but the 24-pin connector that came with the power supply was only barely long enough to reach my motherboard's socket. I made it work by bending the SFX-to-ATX adapter bracket just a bit, but didn't want to leave it that way since it was applying tension to the socket. This was the shortest 24 pin extender I could find and it fit the application perfectly. As I stated in the "Cons" though, while examining the extension prior to installation I noticed one of the pins wasn't fully seated into the connector. This likely would've caused a very confusing power issue, and at least one additional removal from my entertainment unit which is a pain in the rear in general. I would expect a company skimping on wire material (though I don't condone it), but an assembly issue in a connector? Come on Coboc!

Overall Review: Affordable for the need

Pros: Works as advertised for my 485w dual rail PSU