Feel 100% satisfied with your purchase -- with no restocking fees & no return shipping costs* within 30 days of delivery. Learn More
Price Alert
Add To ListFound on 51 wish lists 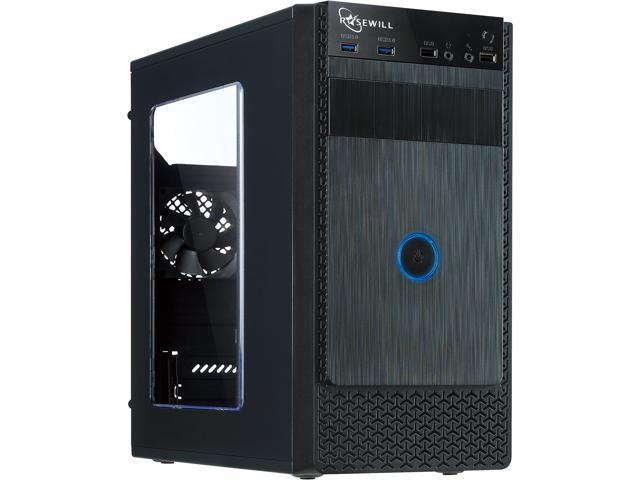 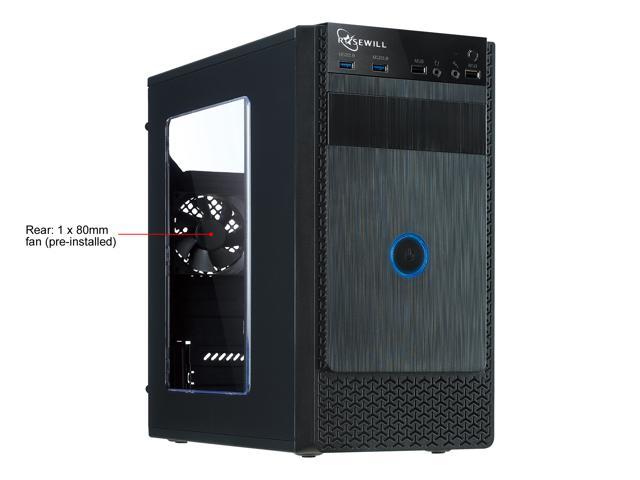 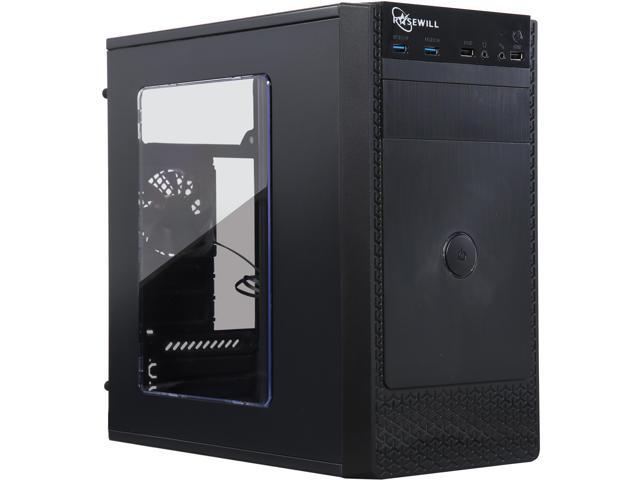 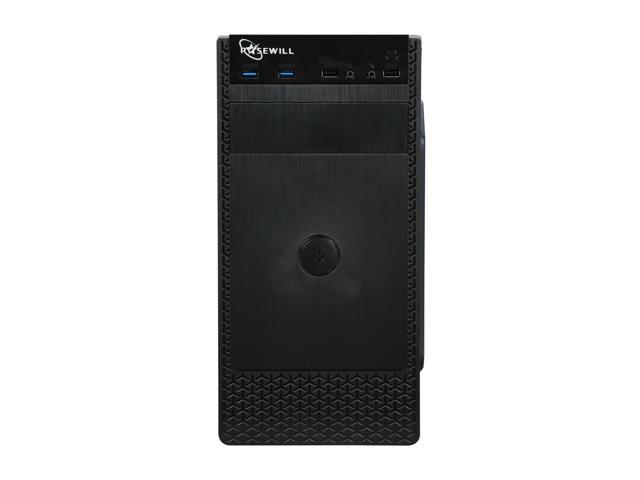 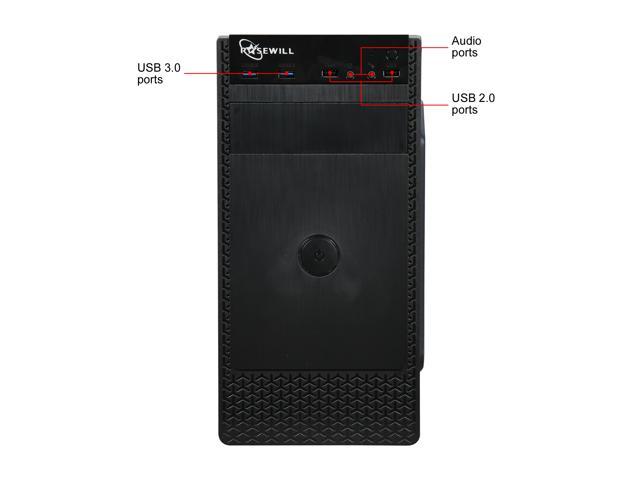 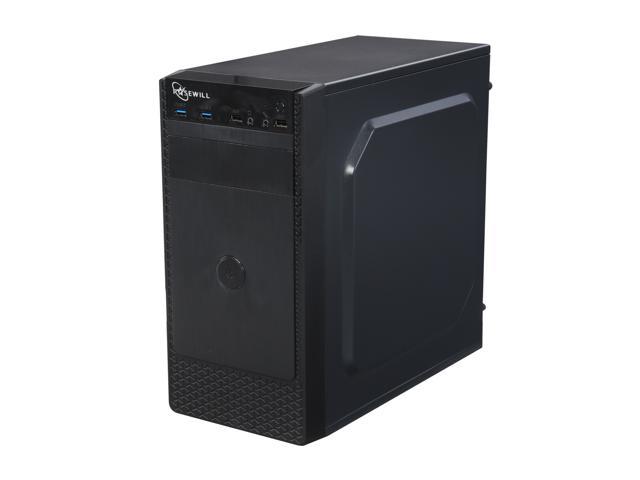 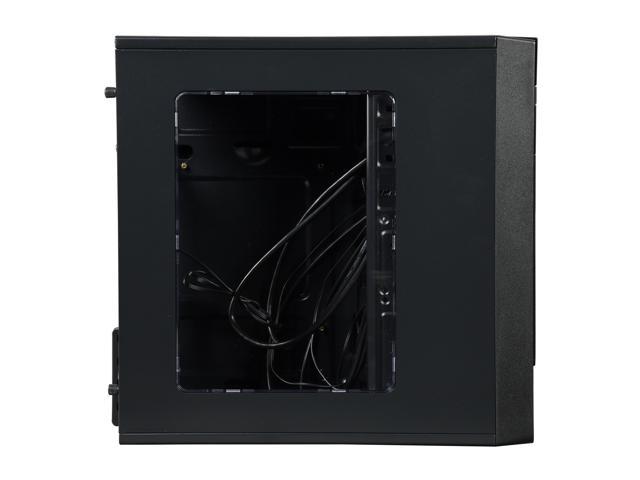 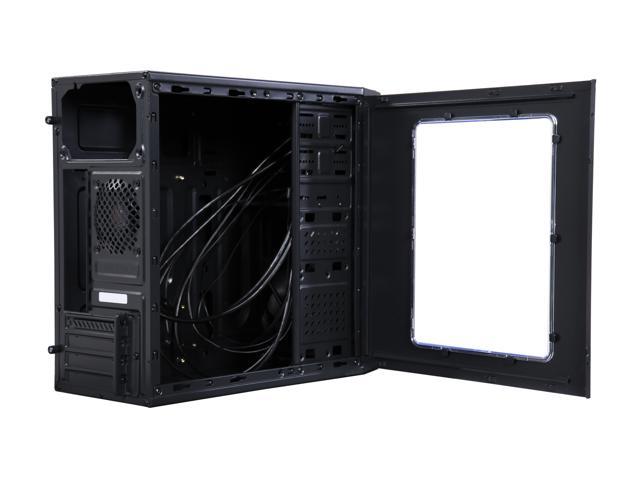 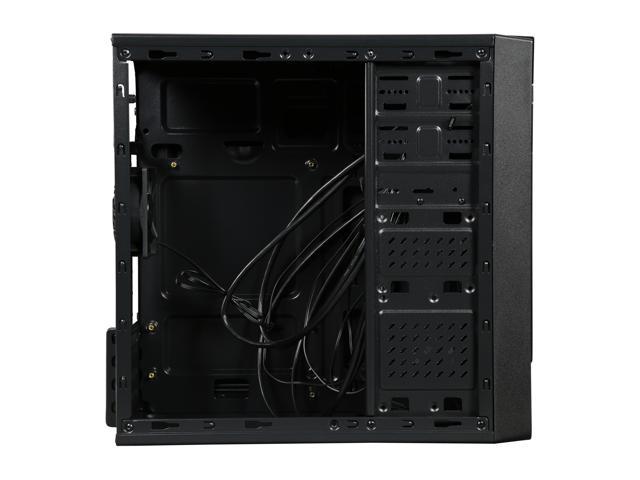 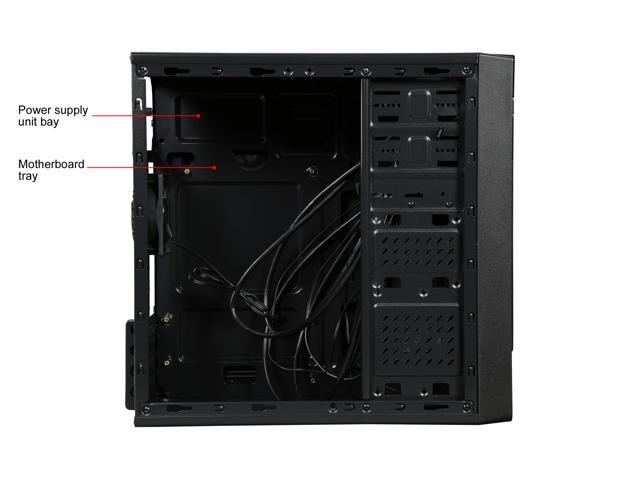 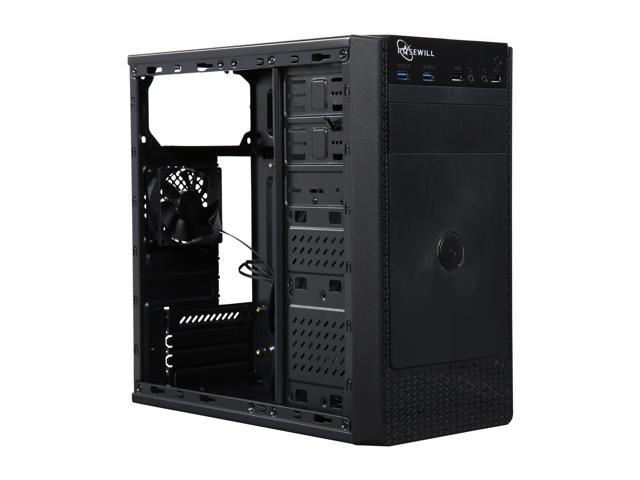 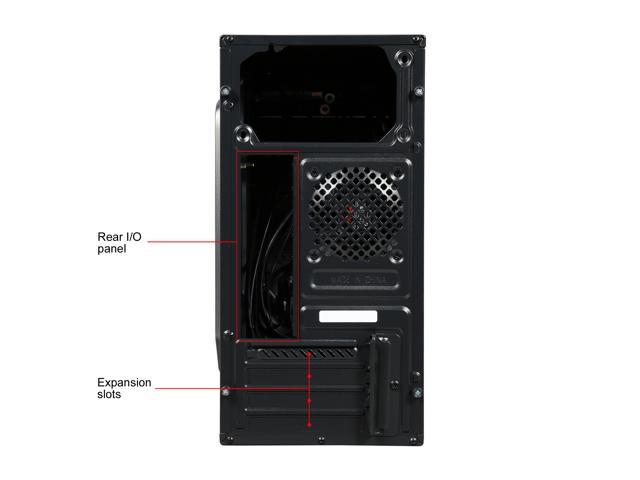 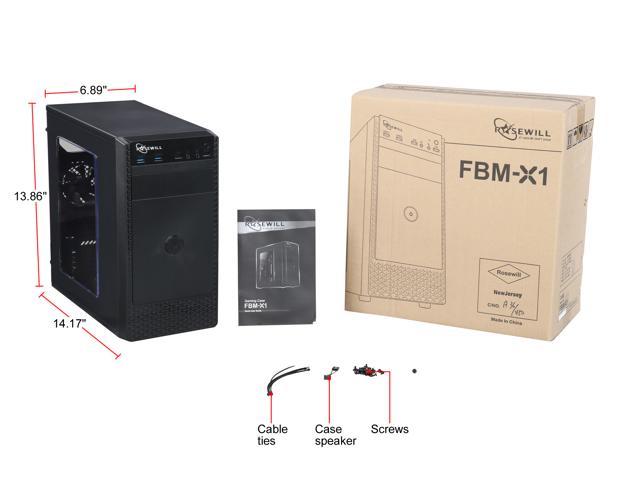 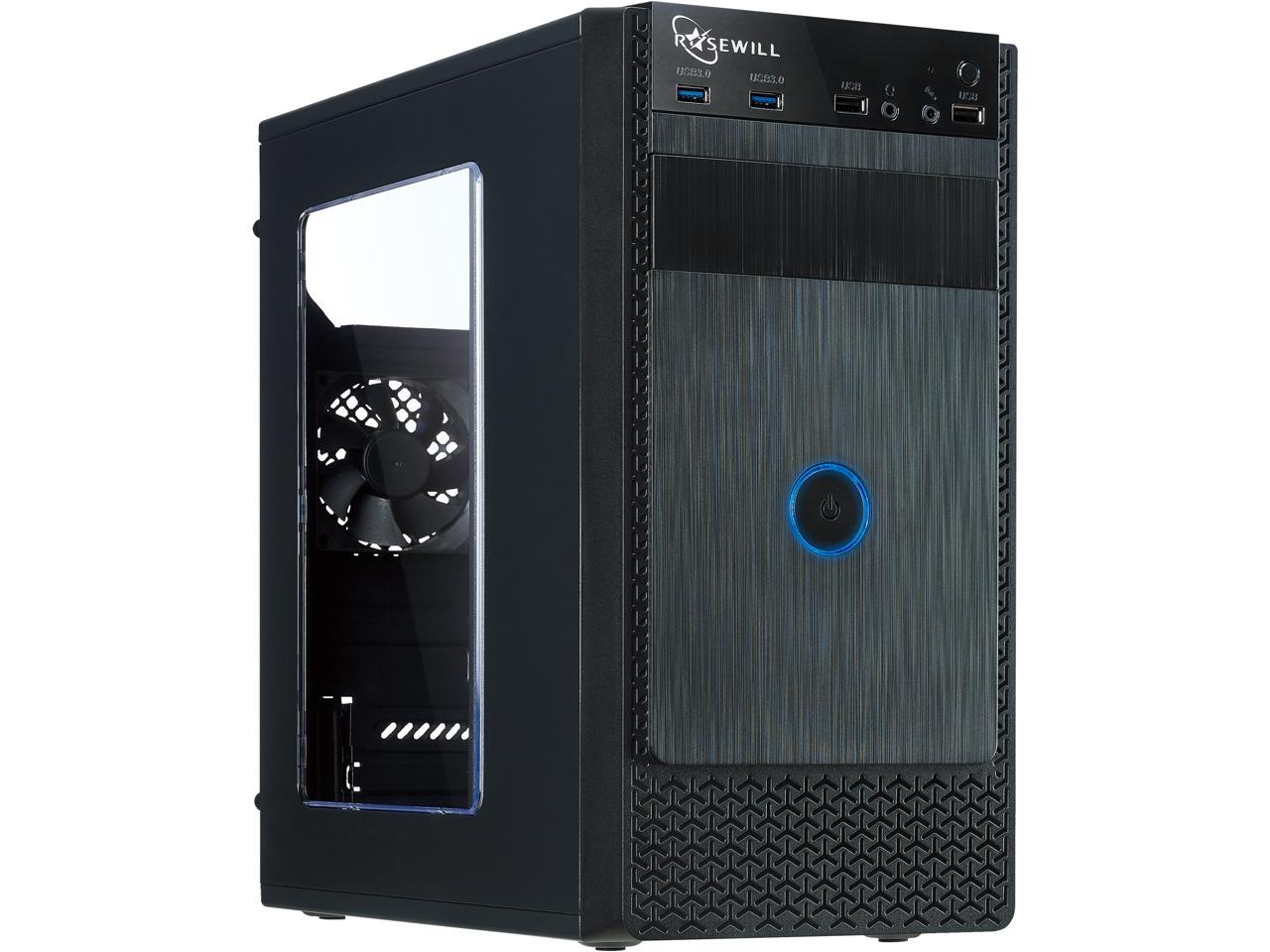 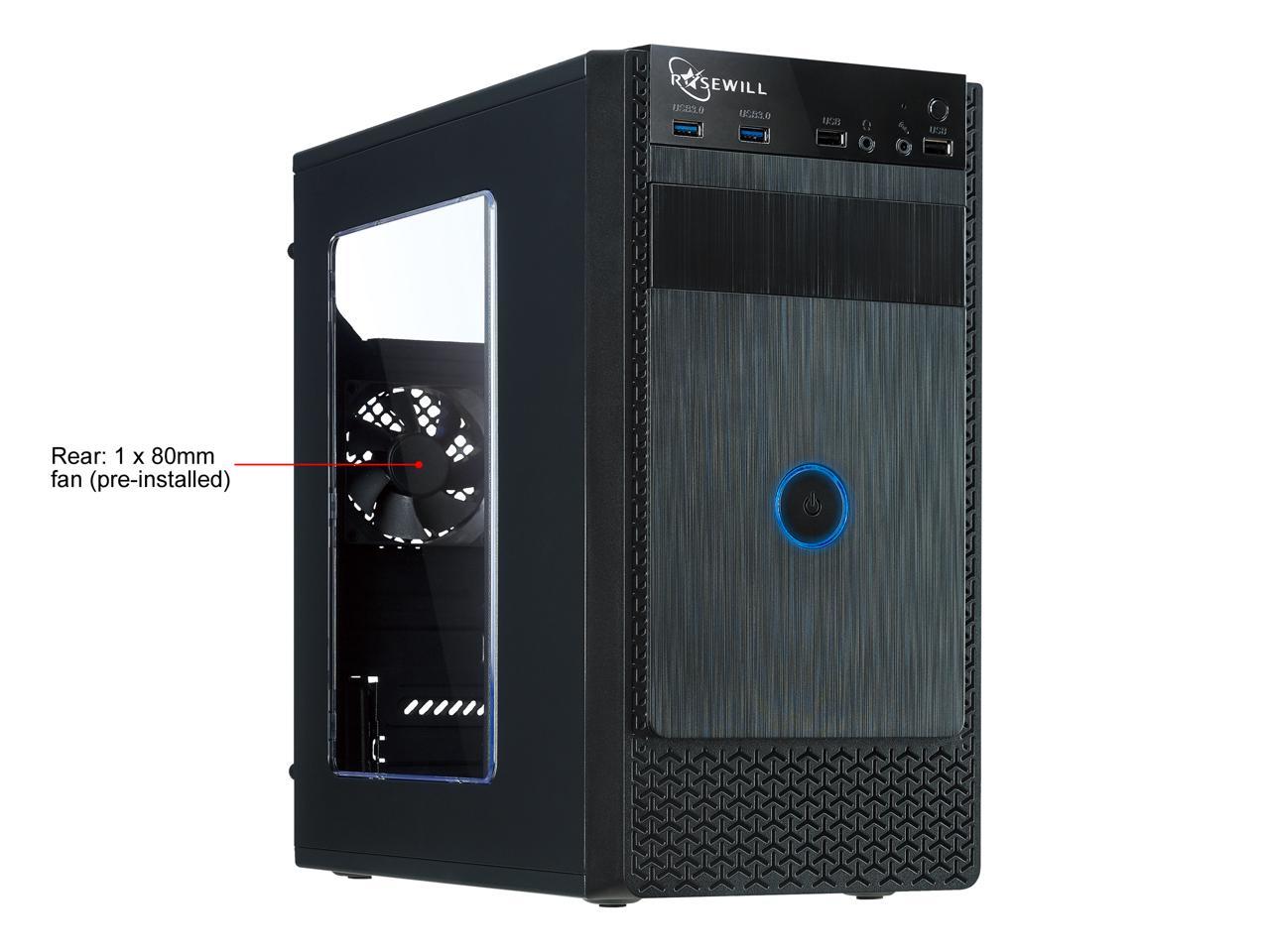 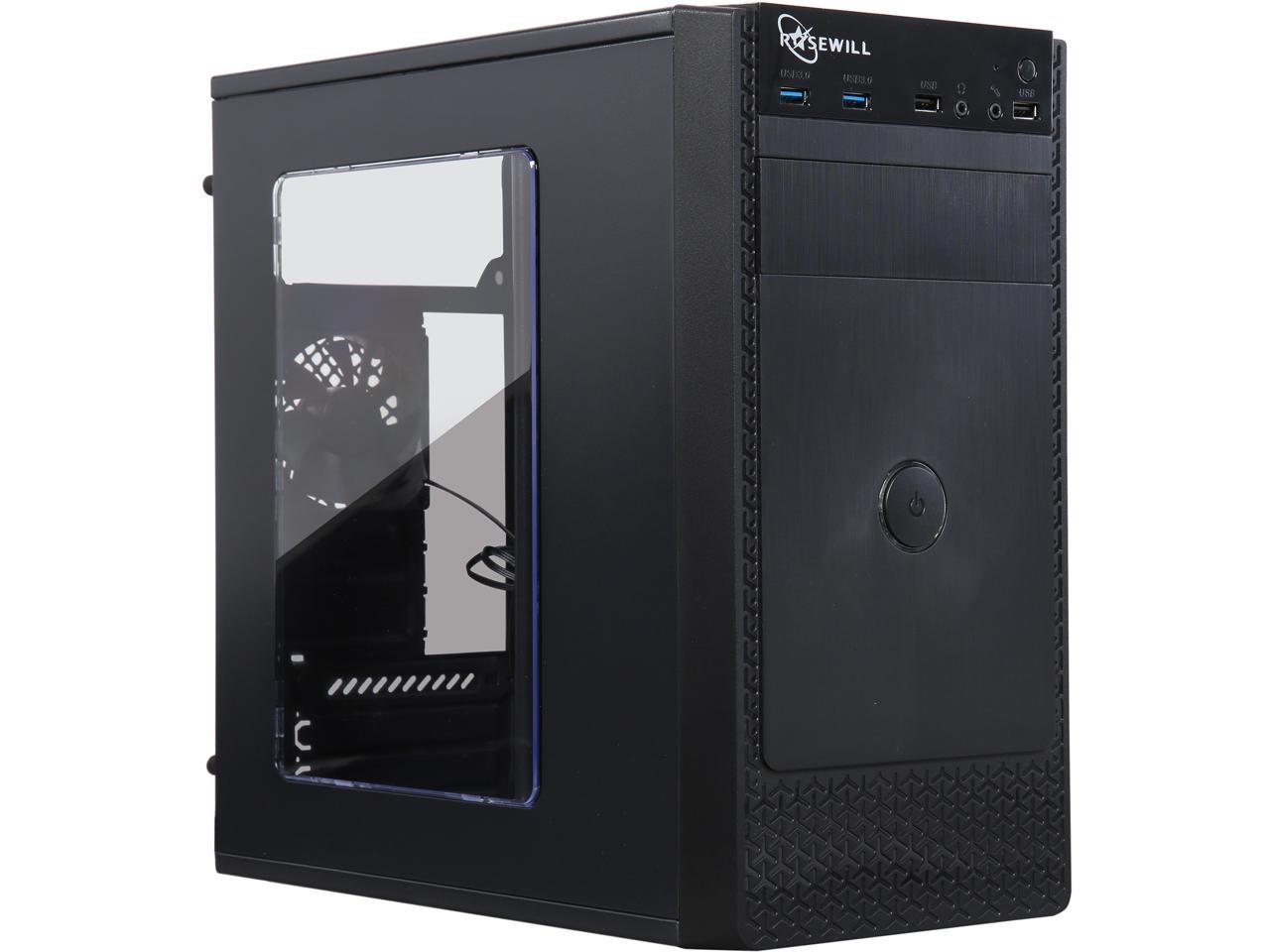 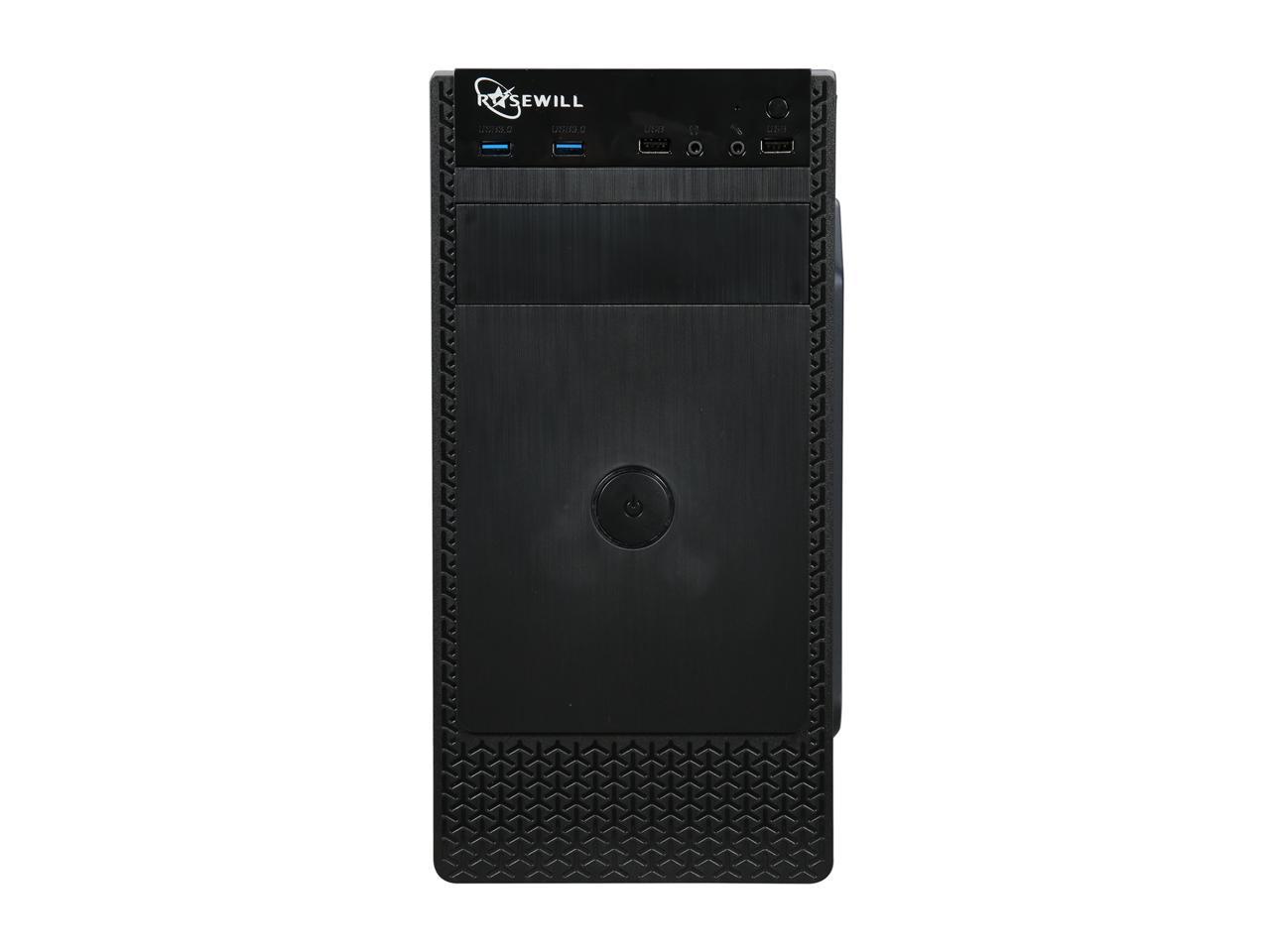 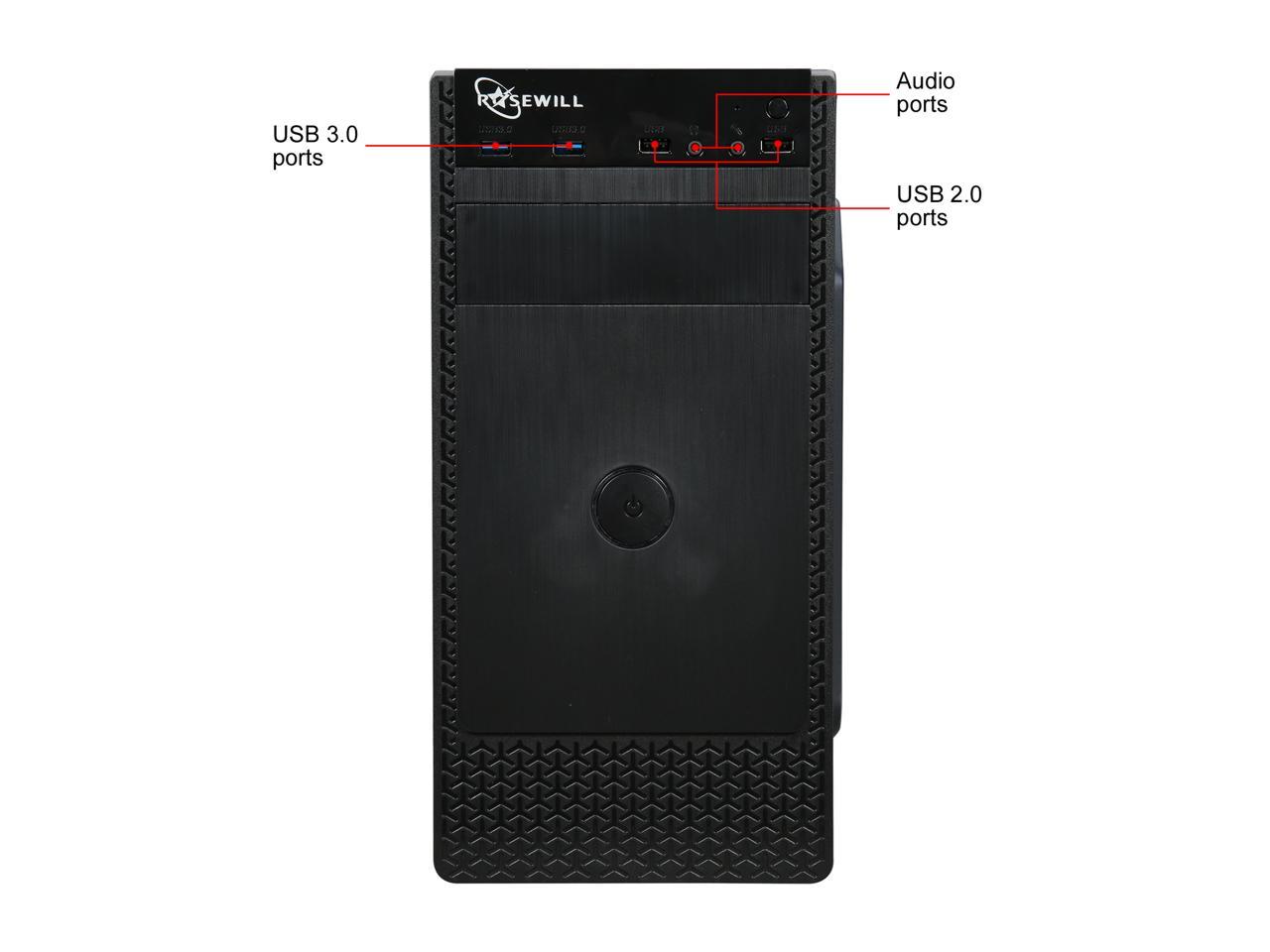 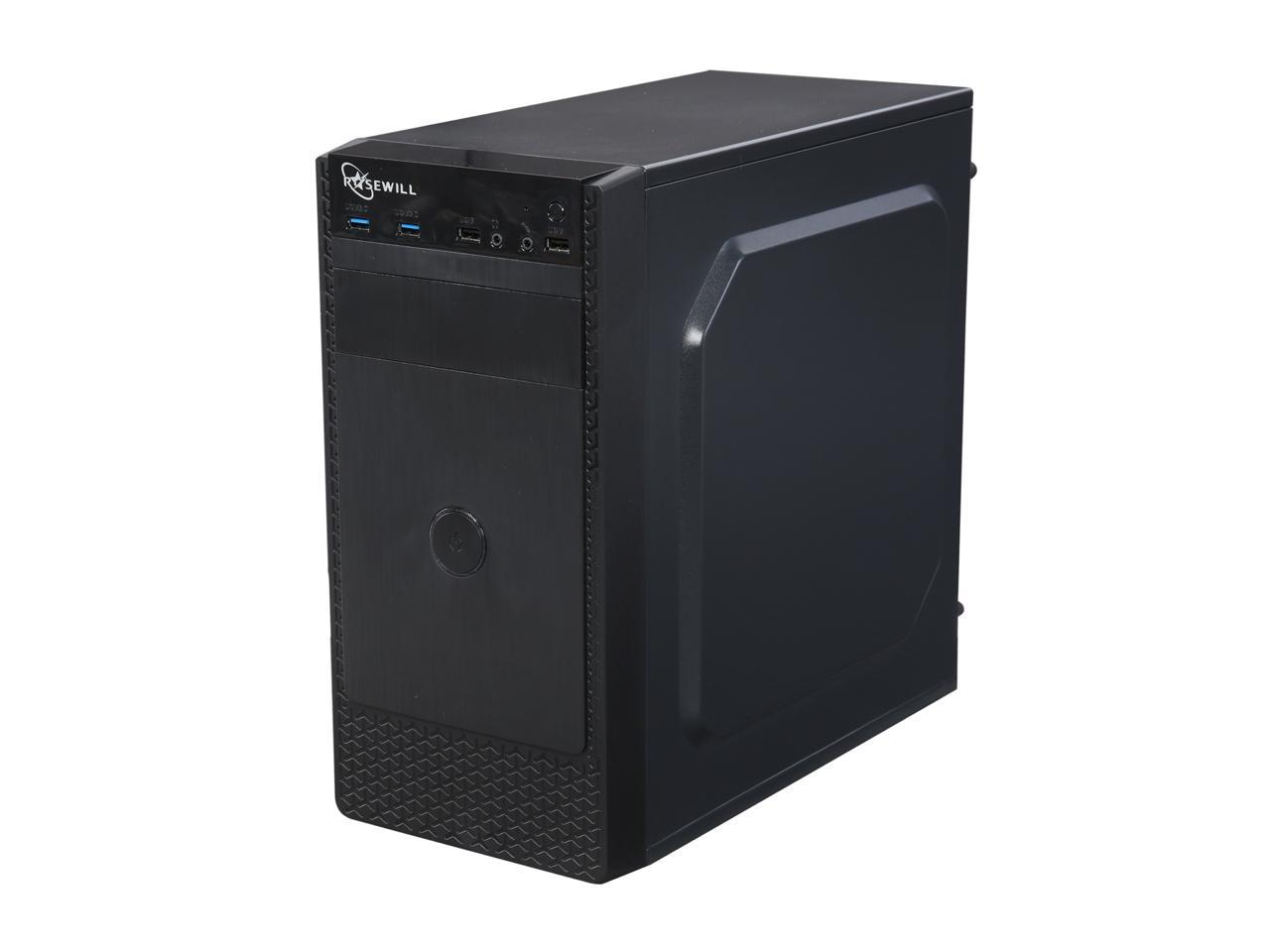 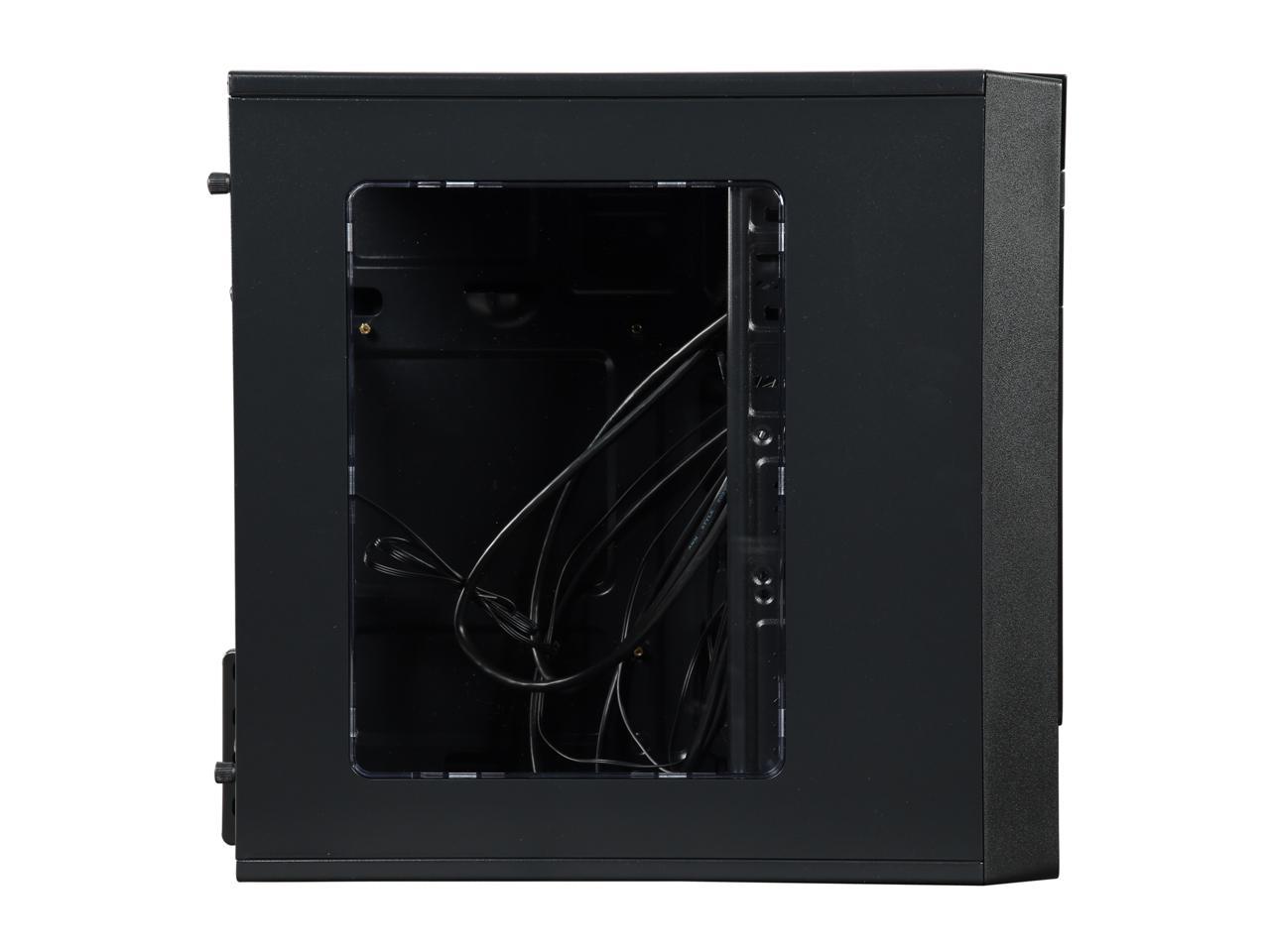 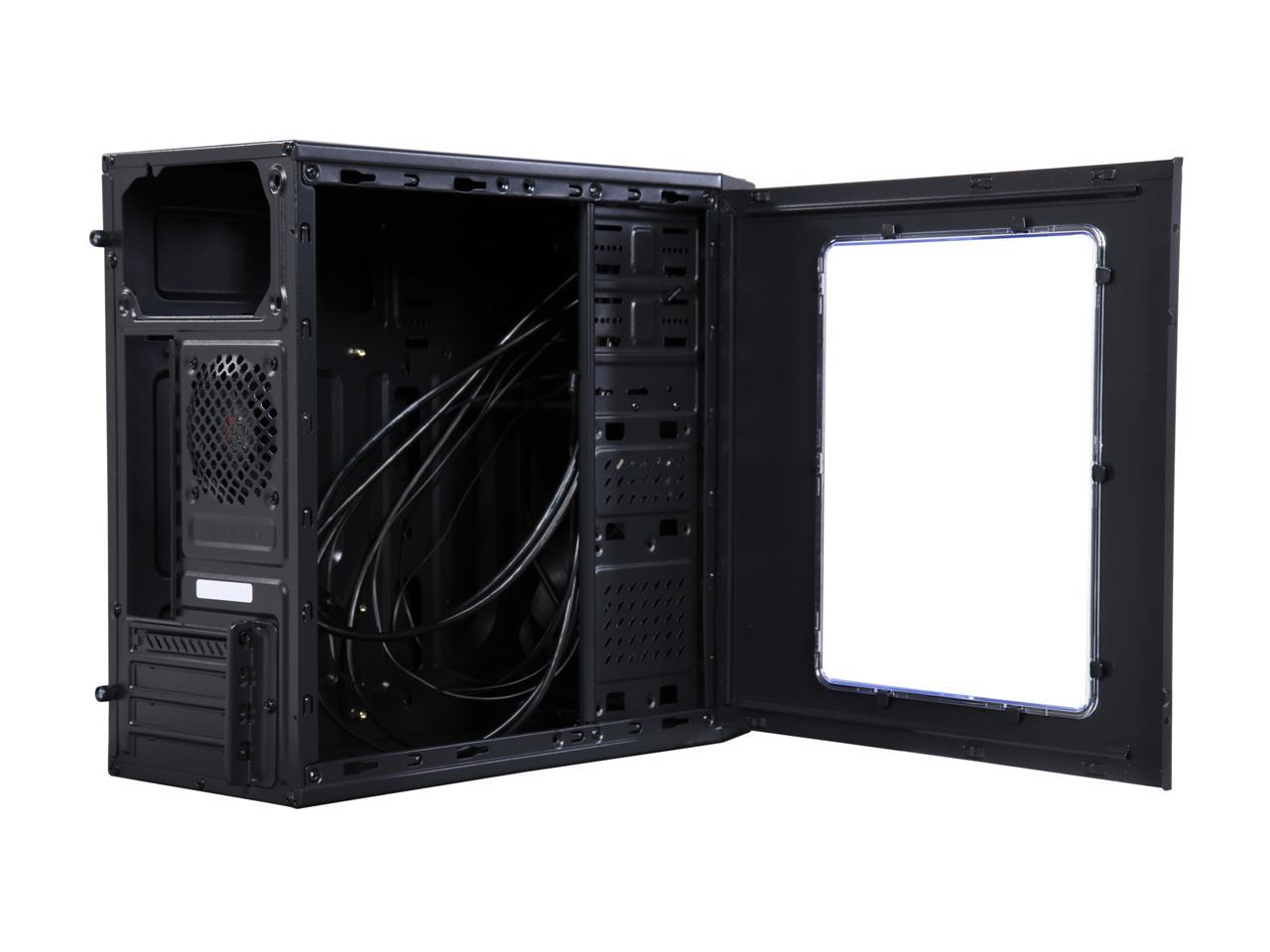 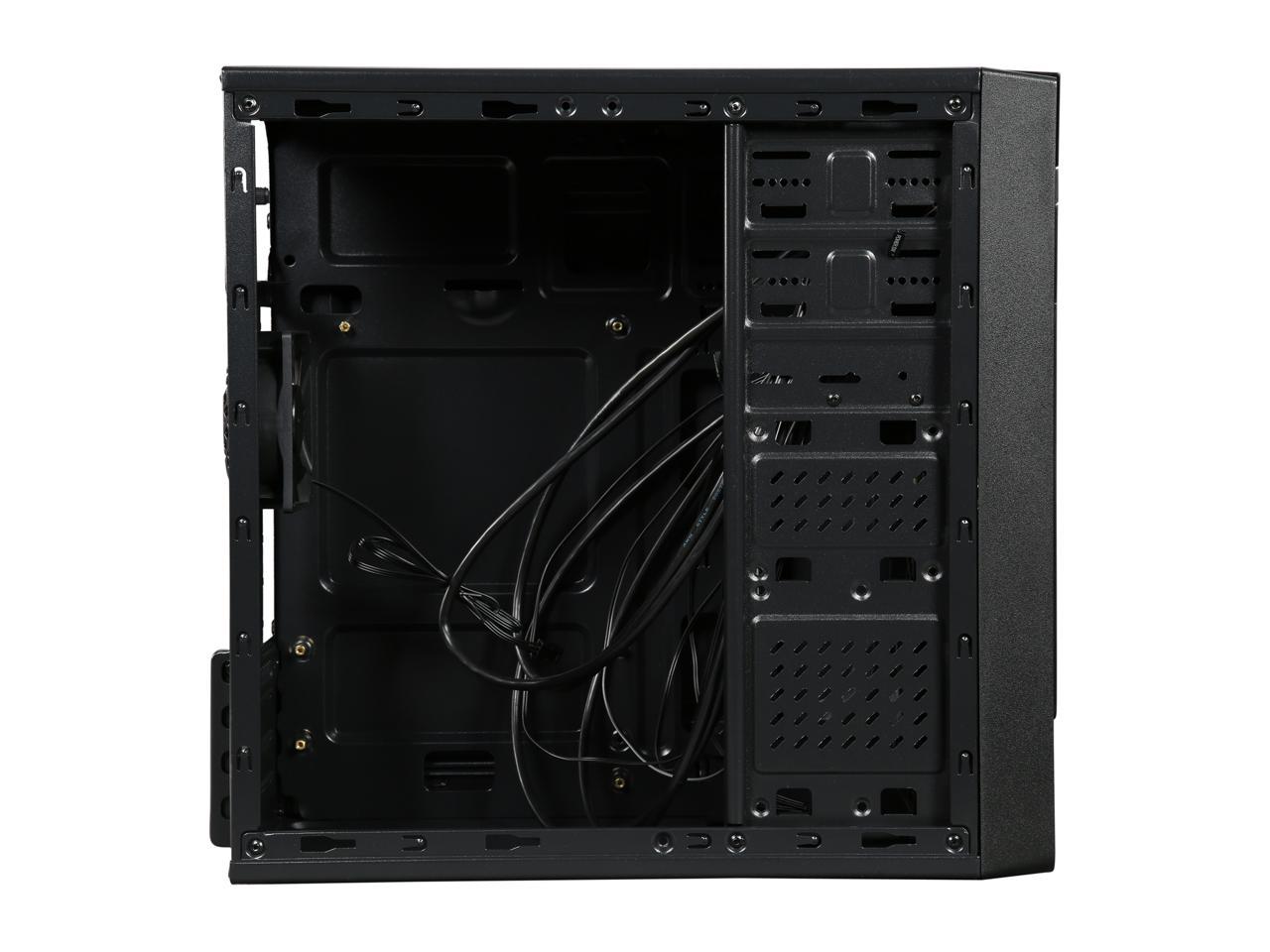 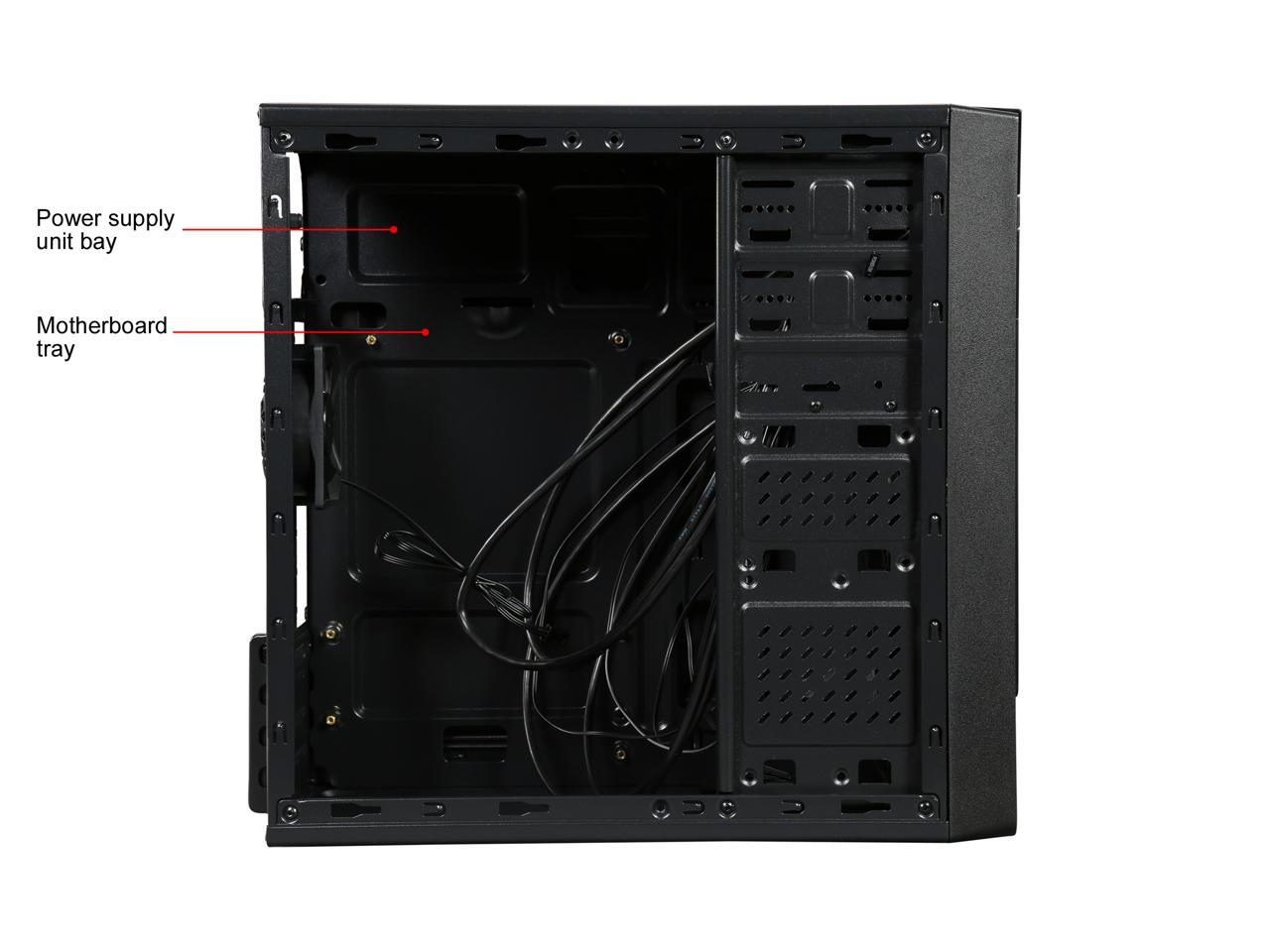 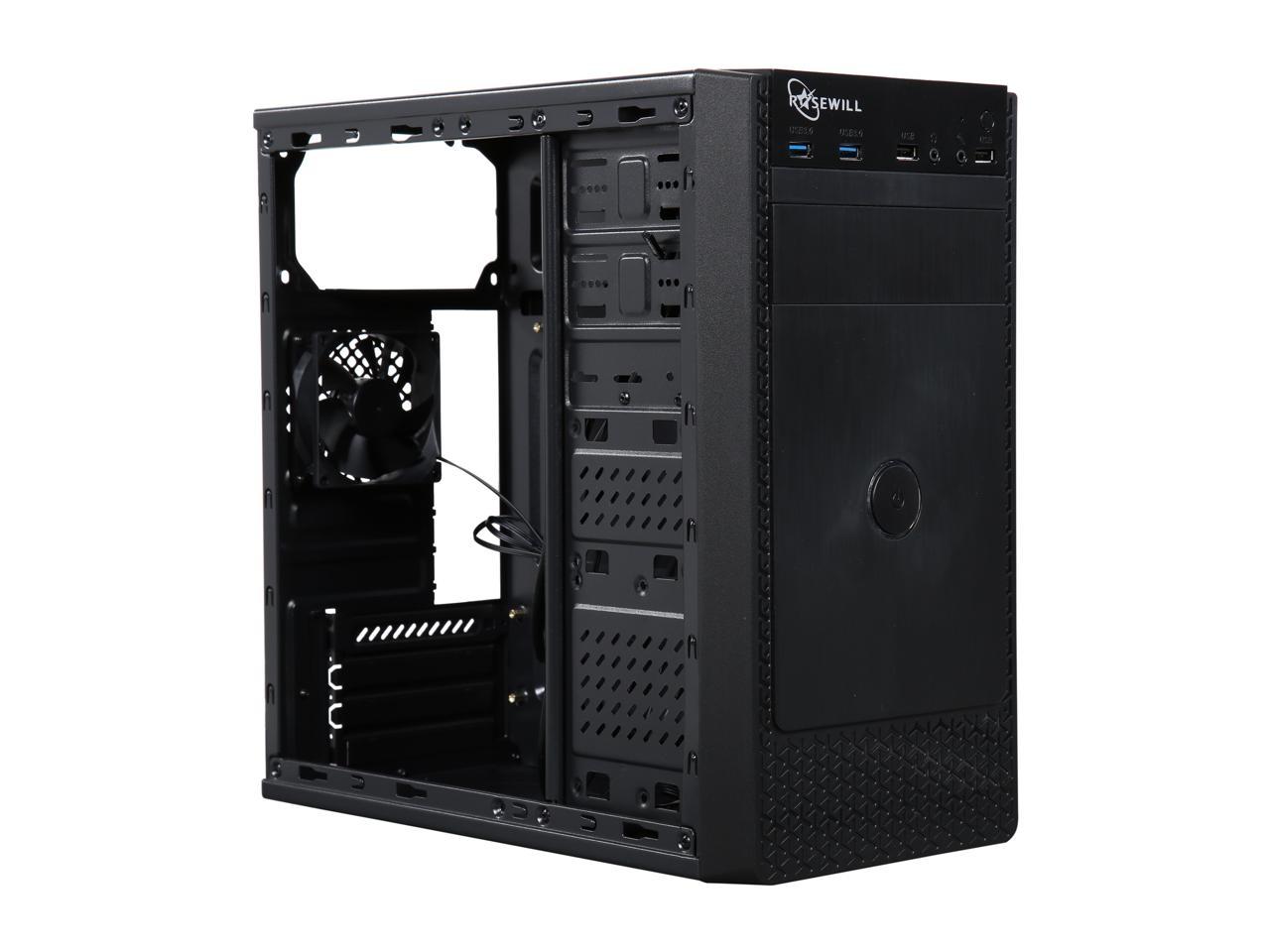 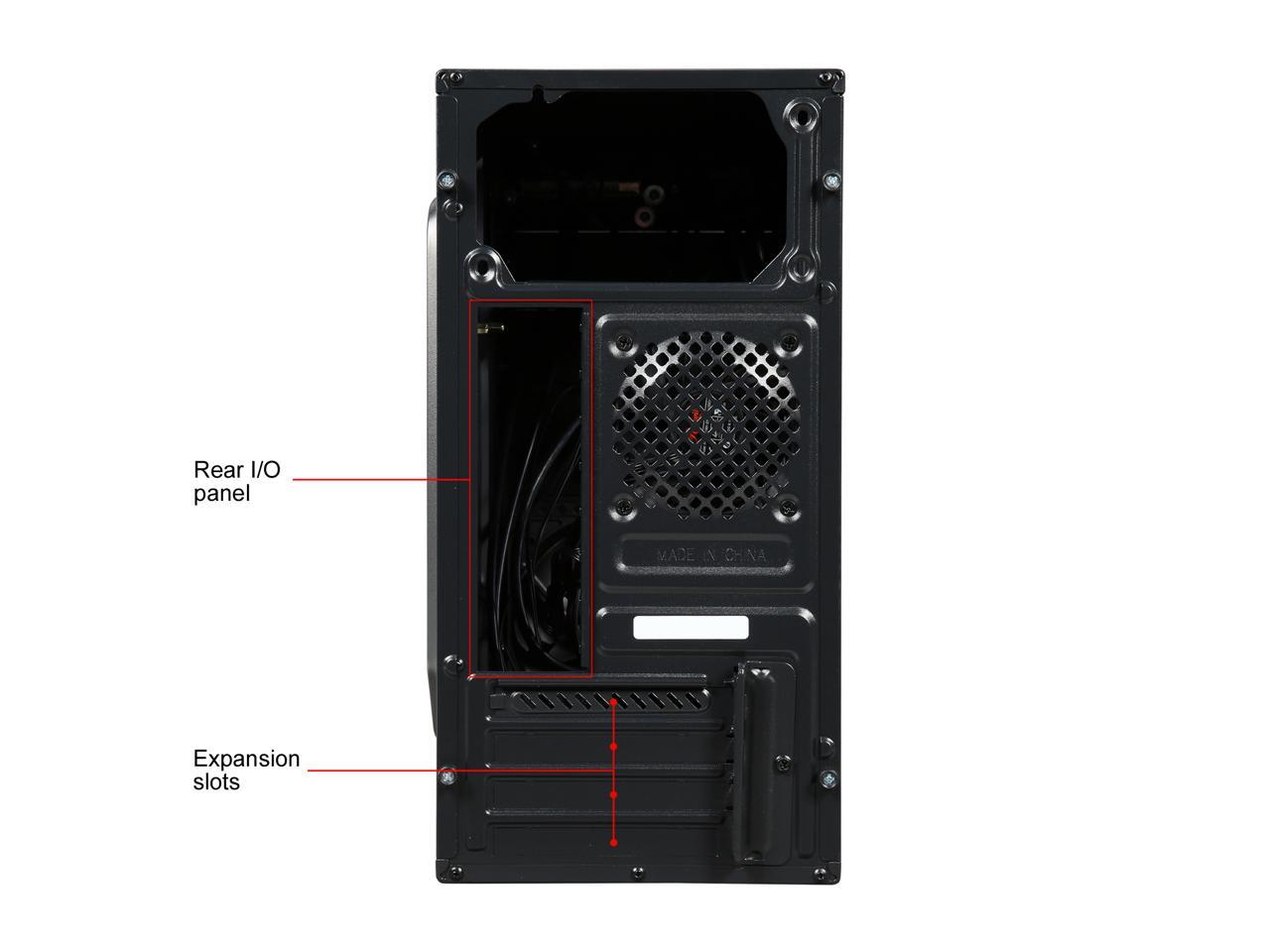 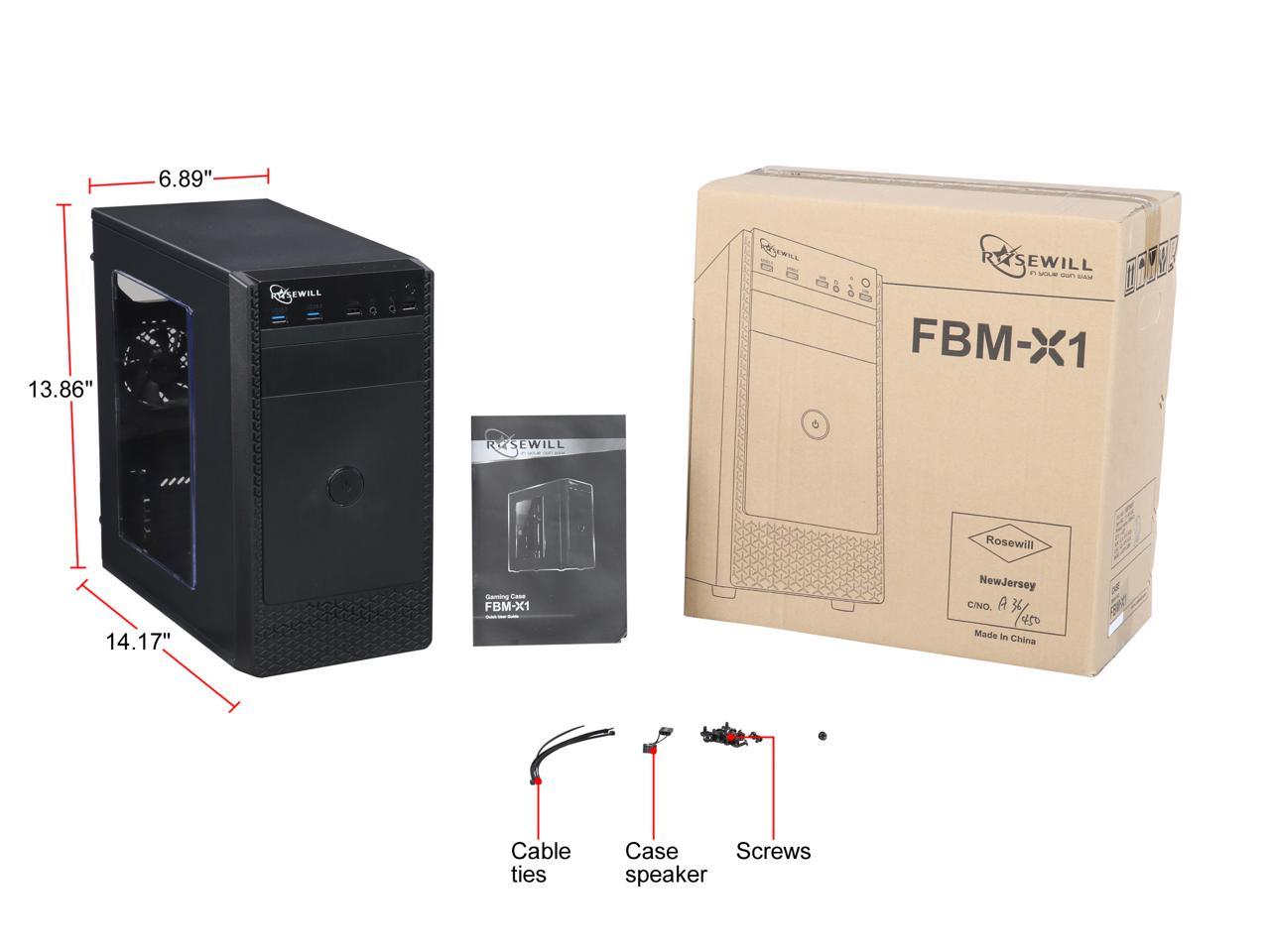 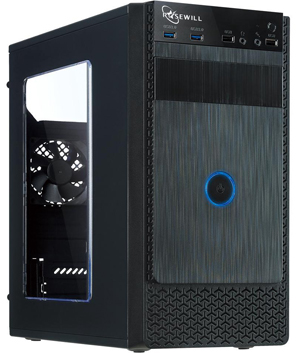 Although with a space-saving dimension, this case offers the essentials you require to build a serious gaming rig, in a stylish design and at an ultra affordable price. It can accommodate micro ATX or mini ITX motherboard, 300mm long graphics card and 140mm high CPU cooler, and supports standard PS2 power supply. One 120mm front fan and one 80mm rear fan are pre-installed. A large side window lets you show off your build.

What's more, unlike most cases which have only two front USB ports, the FBM-X1 includes four USB ports - two USB 3.0 and two USB 2.0, offering you more convenience these days when everyone has more and more digital gadgets.

Learn more about the Rosewill FBM-X1

Cons: ·Can be cramped to build in ·Only 3.5 in drive bay is above the gpu

Overall Review: Before this case, the computer was built in Rosewill's srm-01 case. I got it on sale for $22 and the difference in build quality between the two cases is in the x1's favor. It came with standoffs preinstalled, which I thought was a nice touch. Building was somewhat difficult due to the case's size, but no more difficult than the previous case. The major scare, and perhaps the biggest flaw of this case, is the positioning of the 3.5 in drive bay. It is positioned right above the graphics card slot. I used the evga 1050 ti ssc for this build and while installing the card was easy, putting in the drive was near impossible. In the end it worked but the drive and gpu are pressed against each other. Larger cards than this one will not fit with a hard drive installed. That flaw aside, the finished product is aesthetically pleasing and at the price I got it at, I can easily recommend this case. Just be sure that your gpu can fit.

Pros: Smaller size is more convenient than a mid-tower (it's about the same width, but not as deep or tall as a mid-tower). All the front panel stuff worked as advertised. Clear side panel is neat if you want to set up a light show inside. I thinks it's clear plastic. Overall nice looking. Everything fit including an optical drive, HDD, VGA (but my card is a pretty small version). Came with the stand off screws already in place and fit perfectly with my Micro ATX board. Lots of other misc screws. The two included fans work and are very quiet. With everything installed, sound levels range from none to very quiet.

Cons: This was my first trip in a mini tower. My previous builds were Mid-towers. Installation was generally a pain with everything much tighter. There was barely any room between the PSU (top mount) and the optical drive. My PSU was not modular which made cable management terrible. I strongly recommend modular or semi-modular PSU. I ended up shoving most of the extra cables above the optical drive. I often installed something only realize later that that I couldn't fit something else in without removing previously said installed item. Air flow is poor as others have mentioned. There's a slim slit at the bottom of the front panel (only seen from a bottom view) that would allow some air from the front. The front fan probably isn't doing too much. Front panel USB 3.0 is nice but 3.1 would have been better given my mobo had the option (FYI, the 3.0 hookup worked on the 3.1 connectors on my mobo)

Overall Review: For installation, I'd recommend getting as much on the mobo before you install it such as the CPU with fan, the RAM, and M.2 . Then install the mobo in the case, then PSU (I think the instructions said PSU first, I did that then had to remove the PSU because the mobo wouldn't fit past), then any HDD or SSD, then connect all the front panel cables and fan cables, then the VGA, then optical drive if you have one. For the air flow issue, you could modify the case. I've thought about drilling some holes in the lower front panel to allow more air intake. Or, I could drill some holes in the side panel and install a fan there (although this might make the clear panel less attractive). Another possibility is to put the case on feet and drill holes and install fan(s) on the bottom. So far my temperatures are reasonable, but I haven't really done much OC'ing. I got the case on sale for $18, so I am very pleased. If it were around $30 I'd probably go for something with better ventilation.

Cons: - One of the front USB ports is a bit crooked, can still use it just annoying to look at. -1 egg

Overall Review: Was all I needed for a budget 2400g apu rig

Pros: Makes a great cheap HTPC case. Actually has some space for cable management. Overall better look and functionality than previous Rosewill-Eco cases (last one I got for HTPC was FBM-01 and that has zero regards for cable management or cutting you with its edges). 2x USB 3.0 and 2x 2.0 is an upgrade from FBM-01.

Cons: Only complaint is lack of fan support (120+80mm only) and due to that, thermals.

Overall Review: So not great if you making an ultra hot gaming PC, but for an HTPC or a low end PC for your friends kid to play TF2 or light E-Sports games, it's perfect for the price. I would give it 3-4 stars, but at 19.99 at time of purchase, you really can't find a better new sub-20 dollar case, so 5 stars...err, eggs.

Pros: - Does not take up much space - It has USB 3.0 - It has all needed screws - A tiny window - Very cheap and lightweight, especially useful for international shipments

Cons: None as long as you know what you're buying.

Overall Review: This is not a cheap case due to being outdated, at the moment of writing this I feel very confident in saying you will be hard pressed to find another case in this price point with SSD bays and 2x 3.0 USB ports. Anybody that considers buying this case should know this is a small case for Micro-ATX / Mini-ITX, so don't expect it yo have lots of space for gigantic GPUs. If you plan of getting a gaming rig, consider a mid or full tower case. Having said this, this is a great case for an HTPC or a basic PC. you are perfectly able to fit 2x 3.5 HDD and 1 SSD, plus a DVD/BluRay Drive as long as you take this into account: The higher part will accommodate 1x Optical Drive and 1x 3.5 Hard drive. In order to accomplish this I would suggest using a short PSU since the cables will get in the way. I won't suggest a modular PSU sinceit defeats the cheap/budget build purpose of this case. The lower part will accommodate 1x 2.5 SSD and 1x 3.5 HDD. If you have a big size GPU, you will have trouble with cable management since everything will get very tight. I consider this case a perfect option when you want a small office PC, budget PC (with small GPU) or a HTPC when you also want a standard ATX PSU . I use it for HTPC combined with a 430w PSU and a cheap small graphics card with great results. If you get this case in sale, you'll be getting an amazing deal.

Pros: Small footprint. Motherboard tray has cable management slots cut into it, and the right side panel is flared to accommodate cables.

Cons: Difficult to build because its so small. There is very little room between optical drive and PSU. You'll probably want to use a modular PSU to reduce cable cluter. Fans <120mm are louder than fans >=120mm.

Overall Review: Getting a slightly larger case will make your life much easier, so before purchasing ask yourself how badly you want that last inch of space savings.

Overall Review: Perfect for a basic workstation build w/ Ryzen 3200G and a budget B450 board. Temps are perfectly acceptable and it is quiet even with the included stock cooler. Easy to build in, though it is a bit tight to install the motherboard.