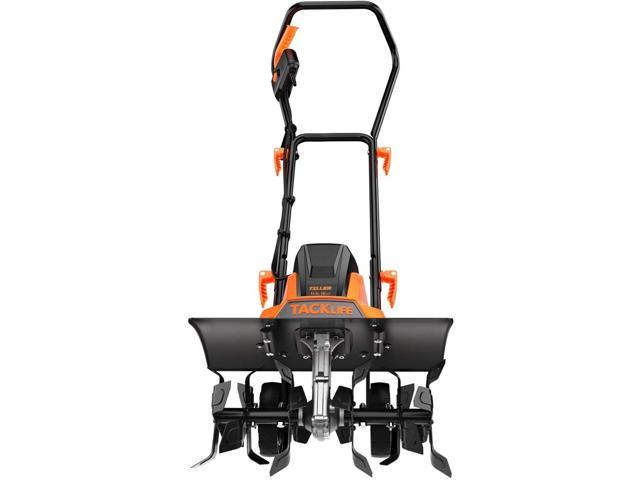 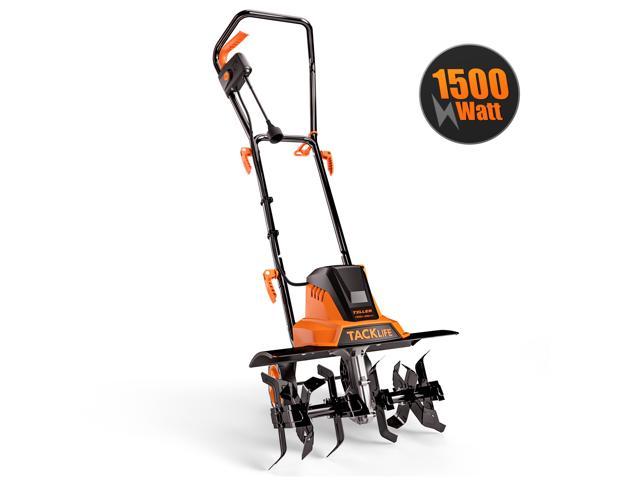 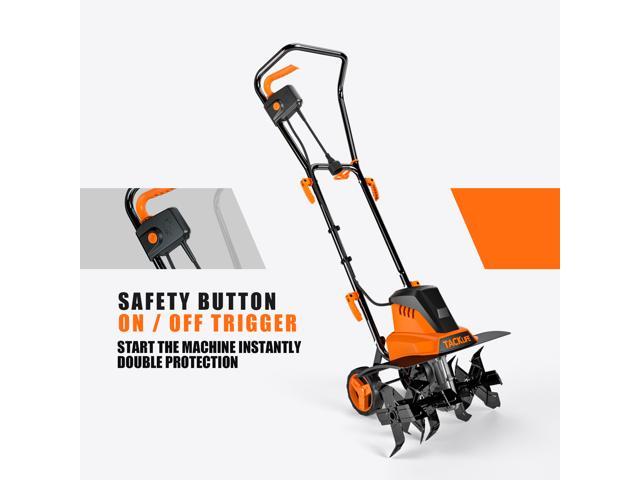 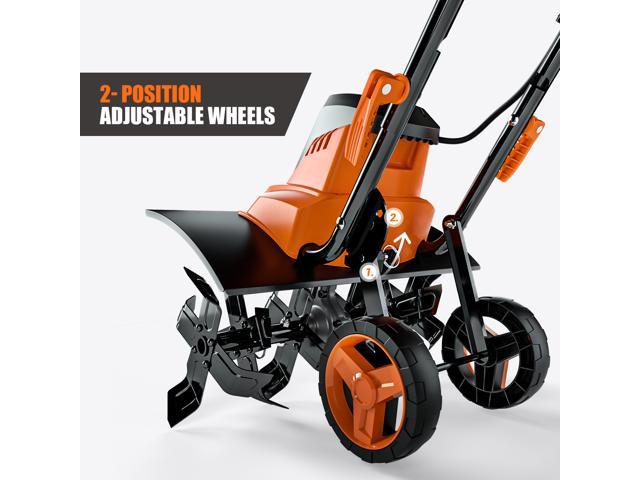 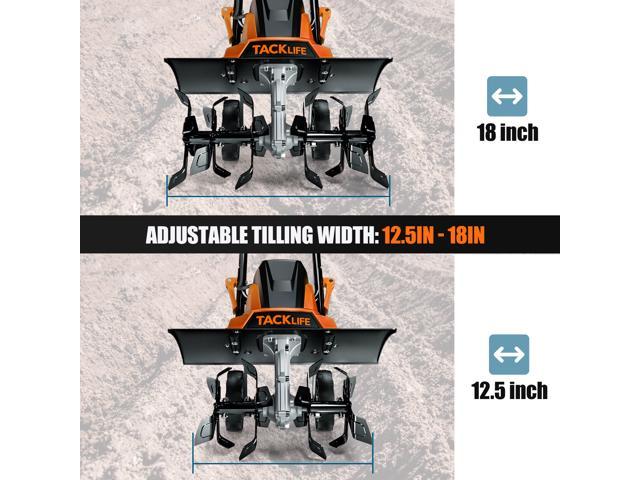 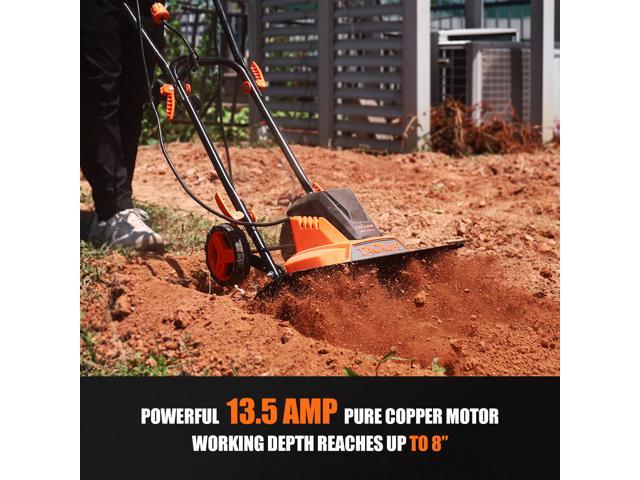 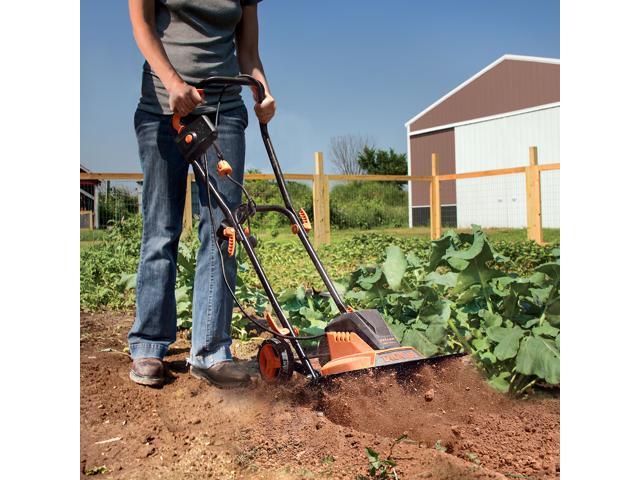 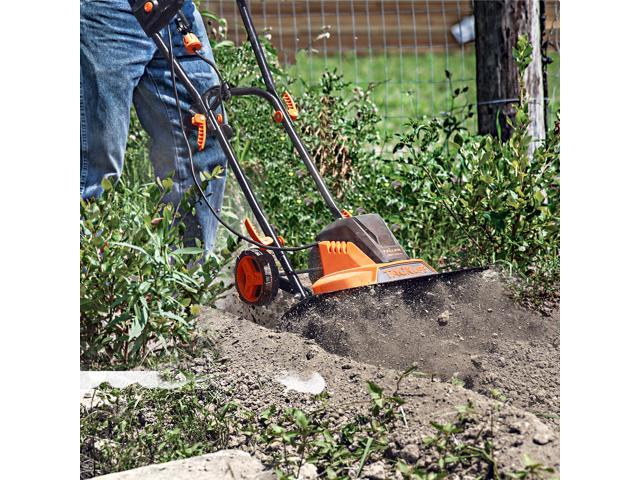 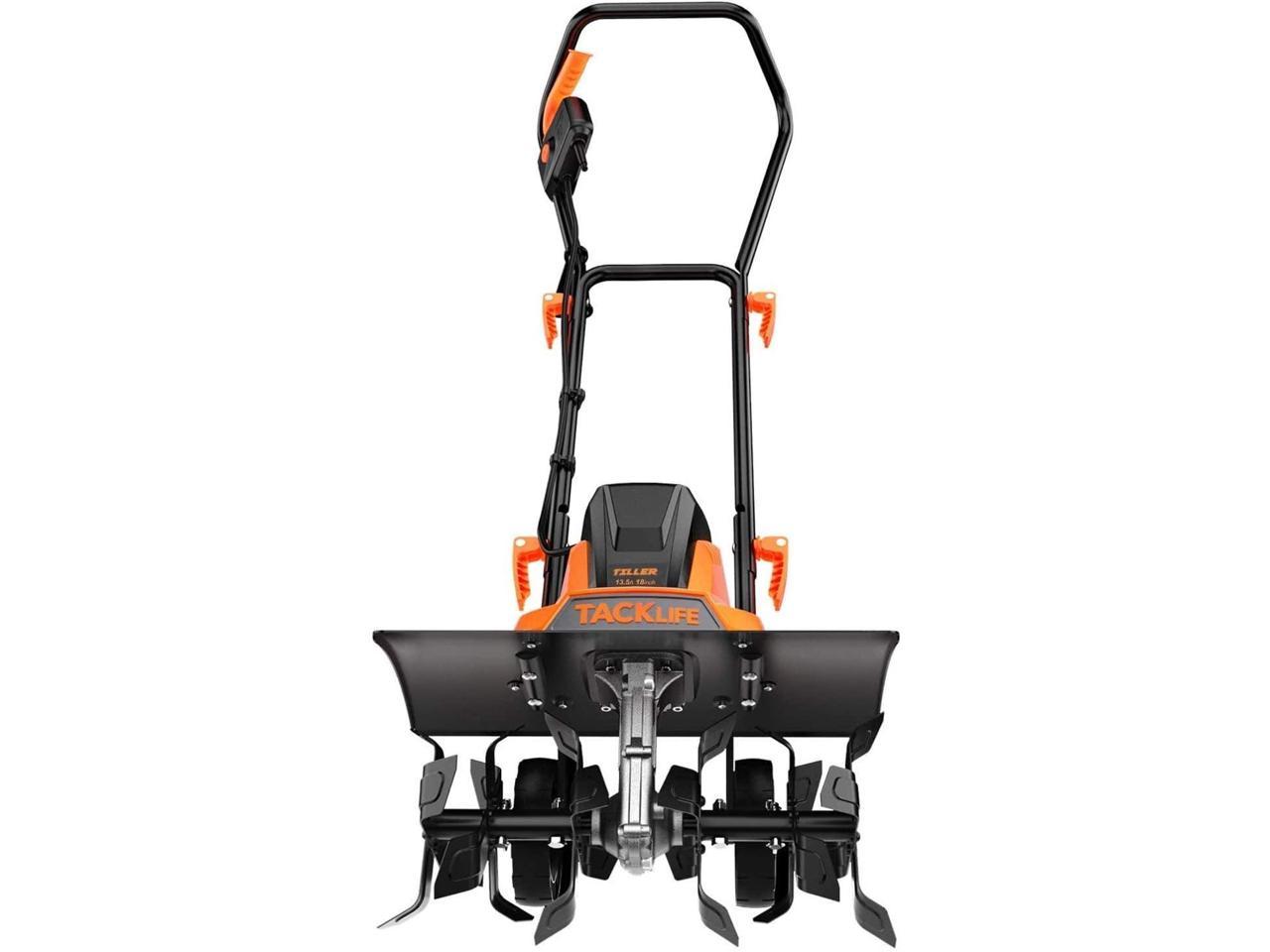 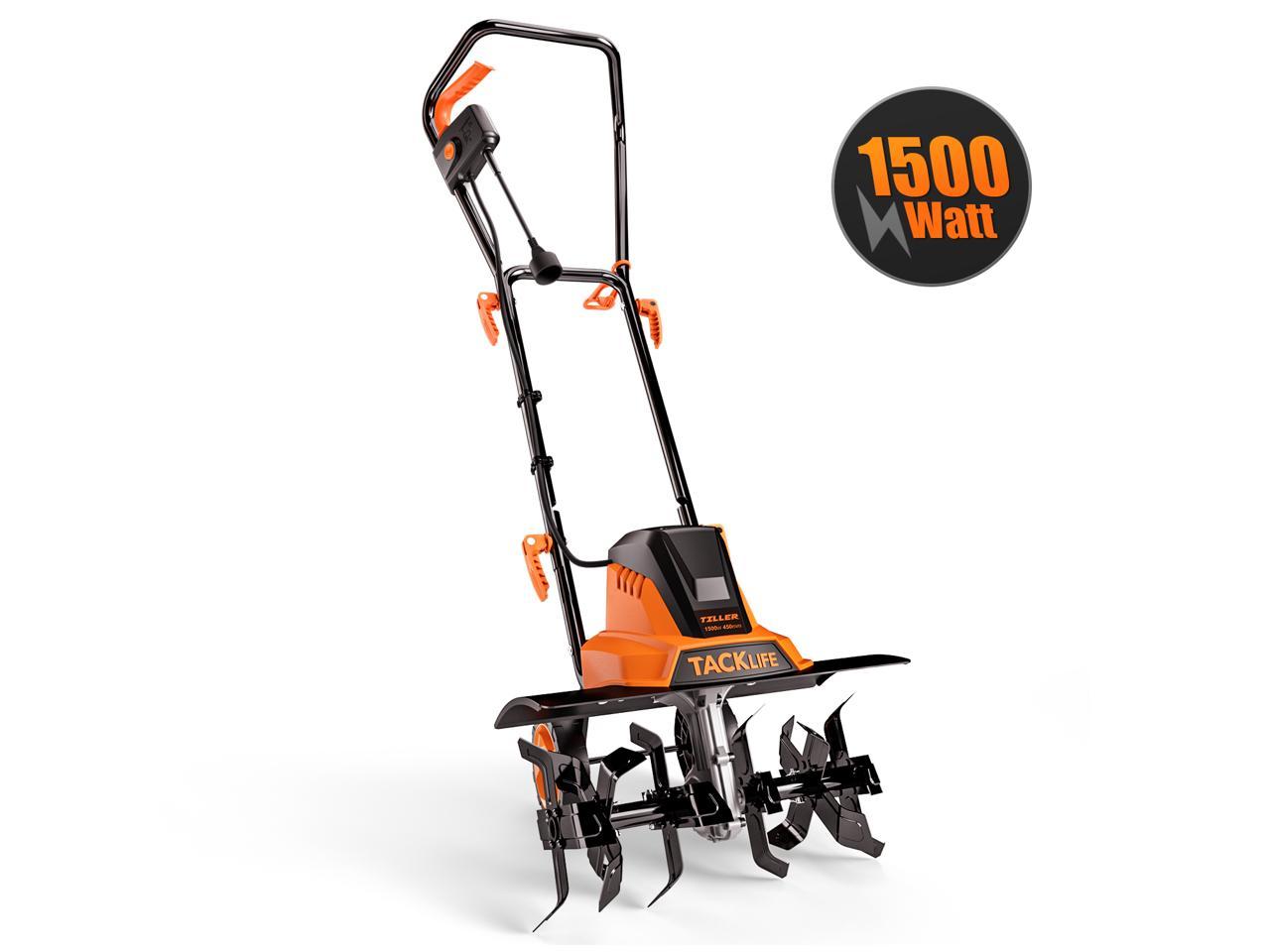 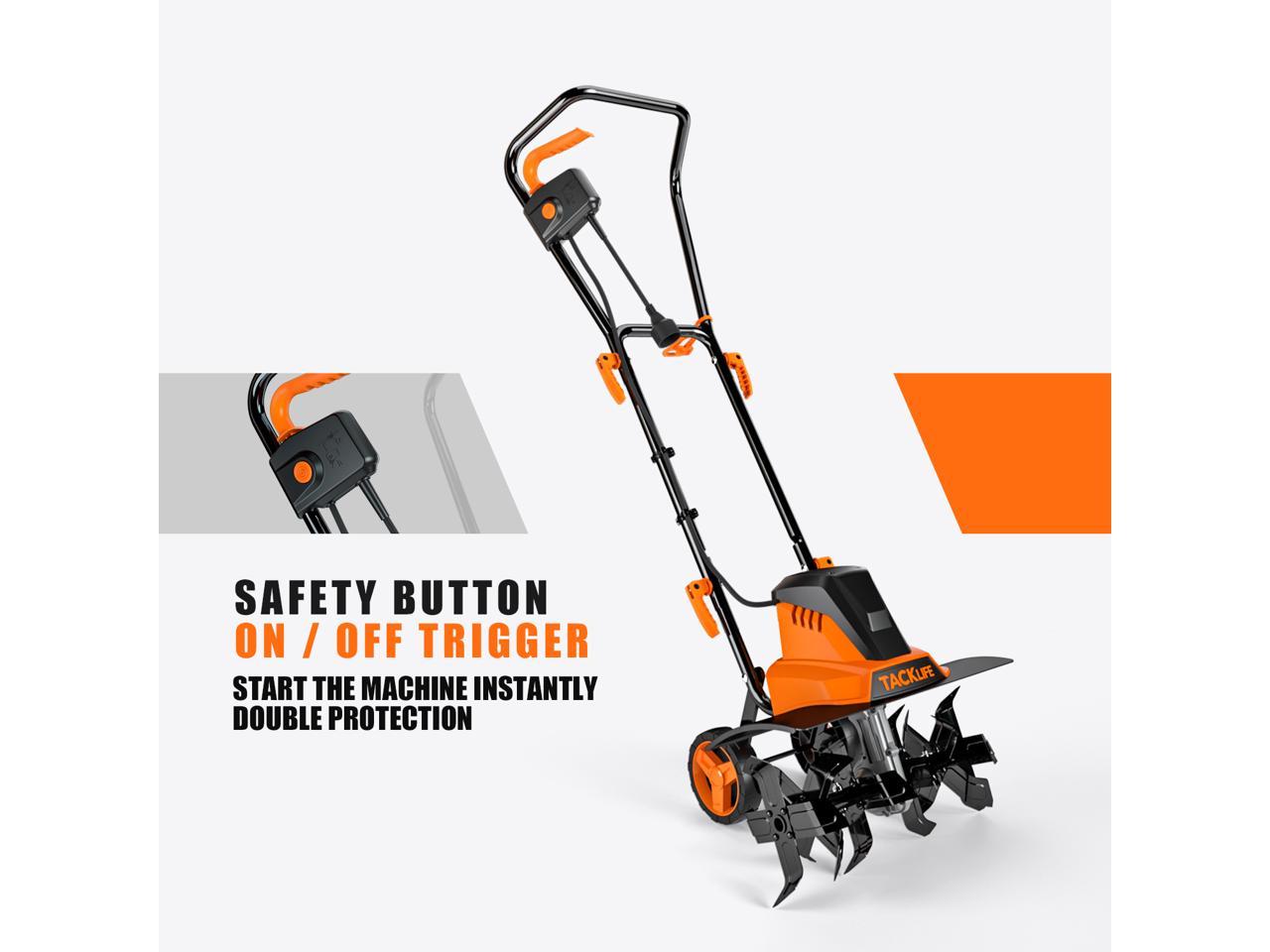 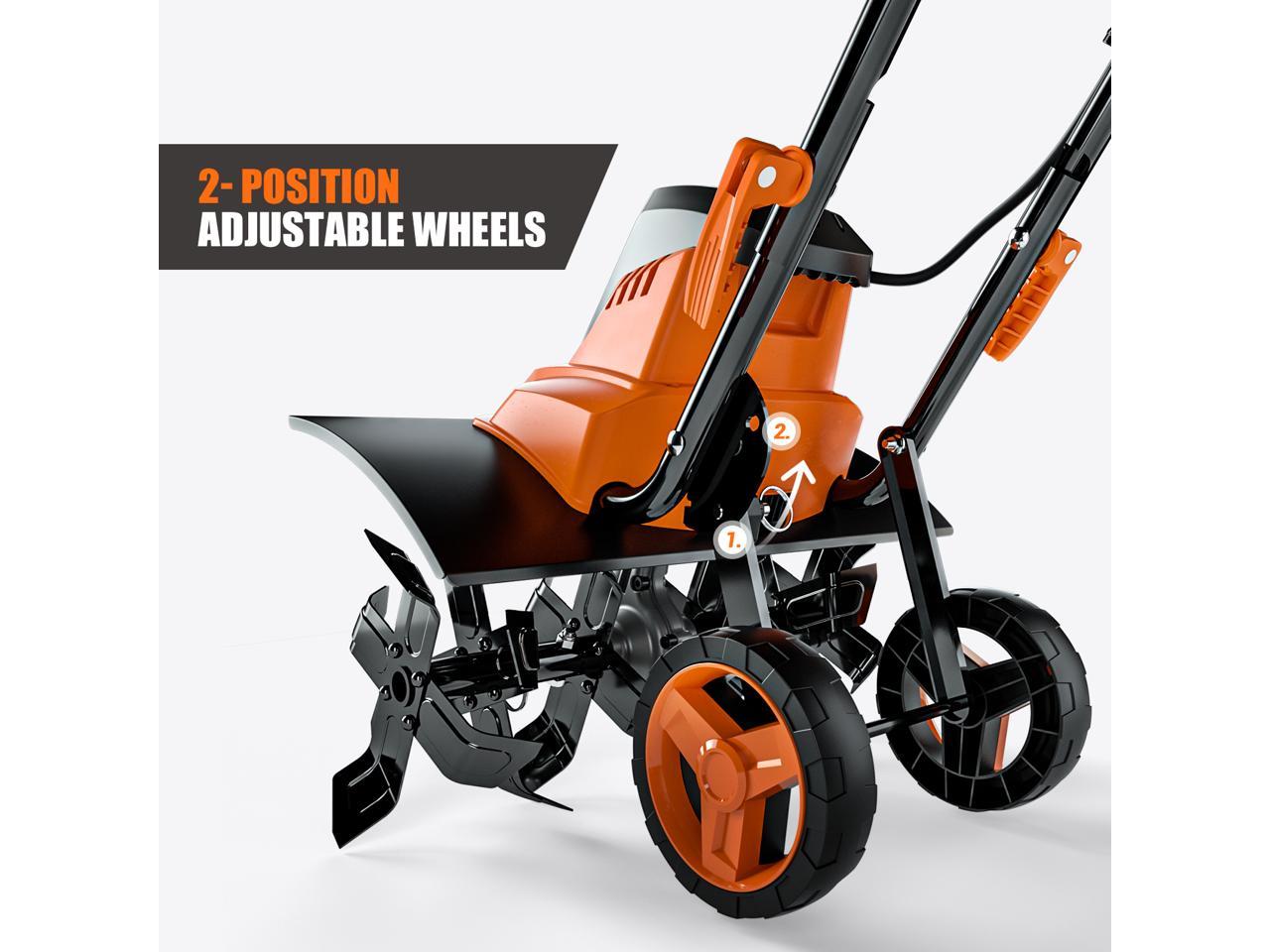 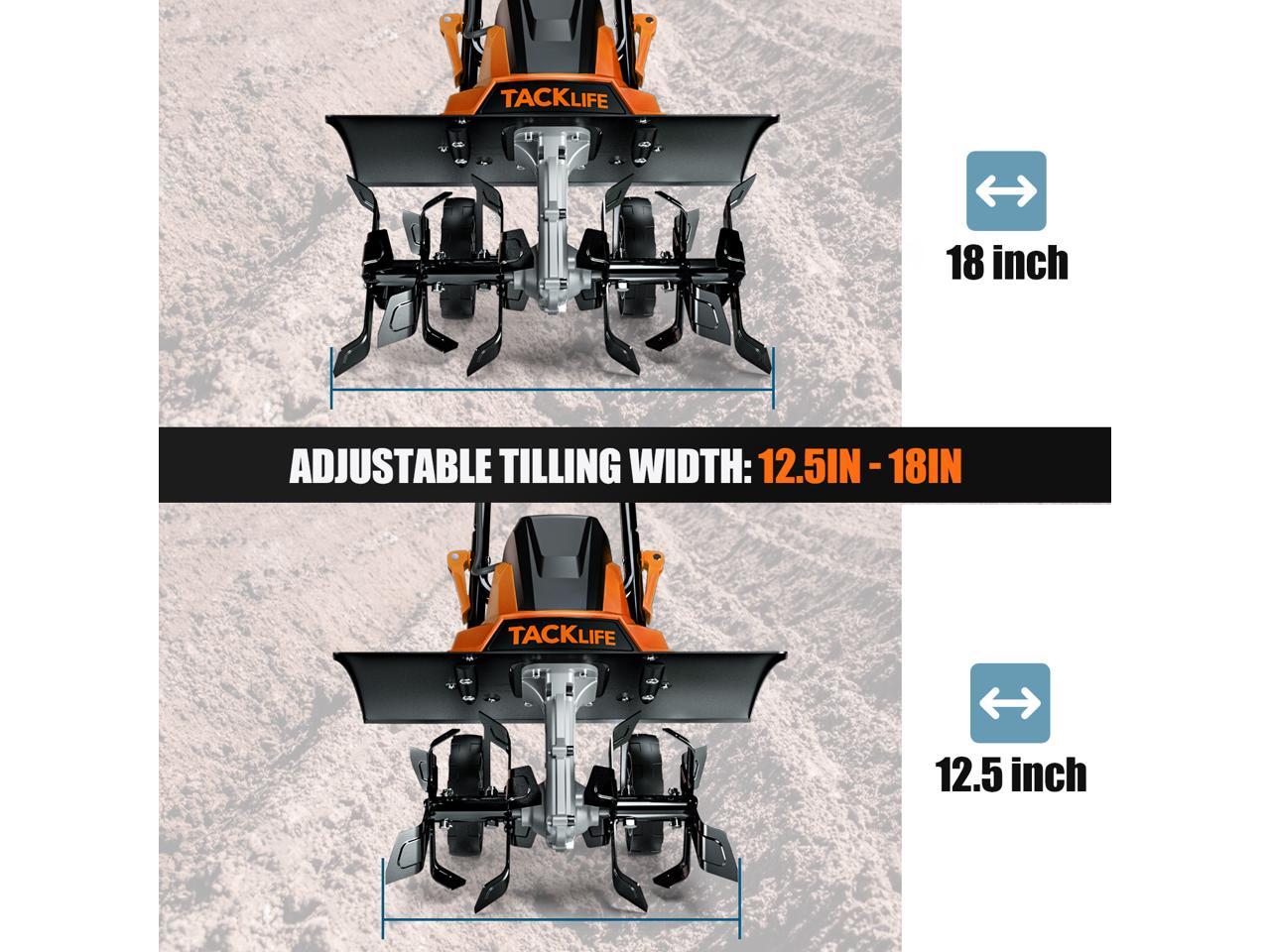 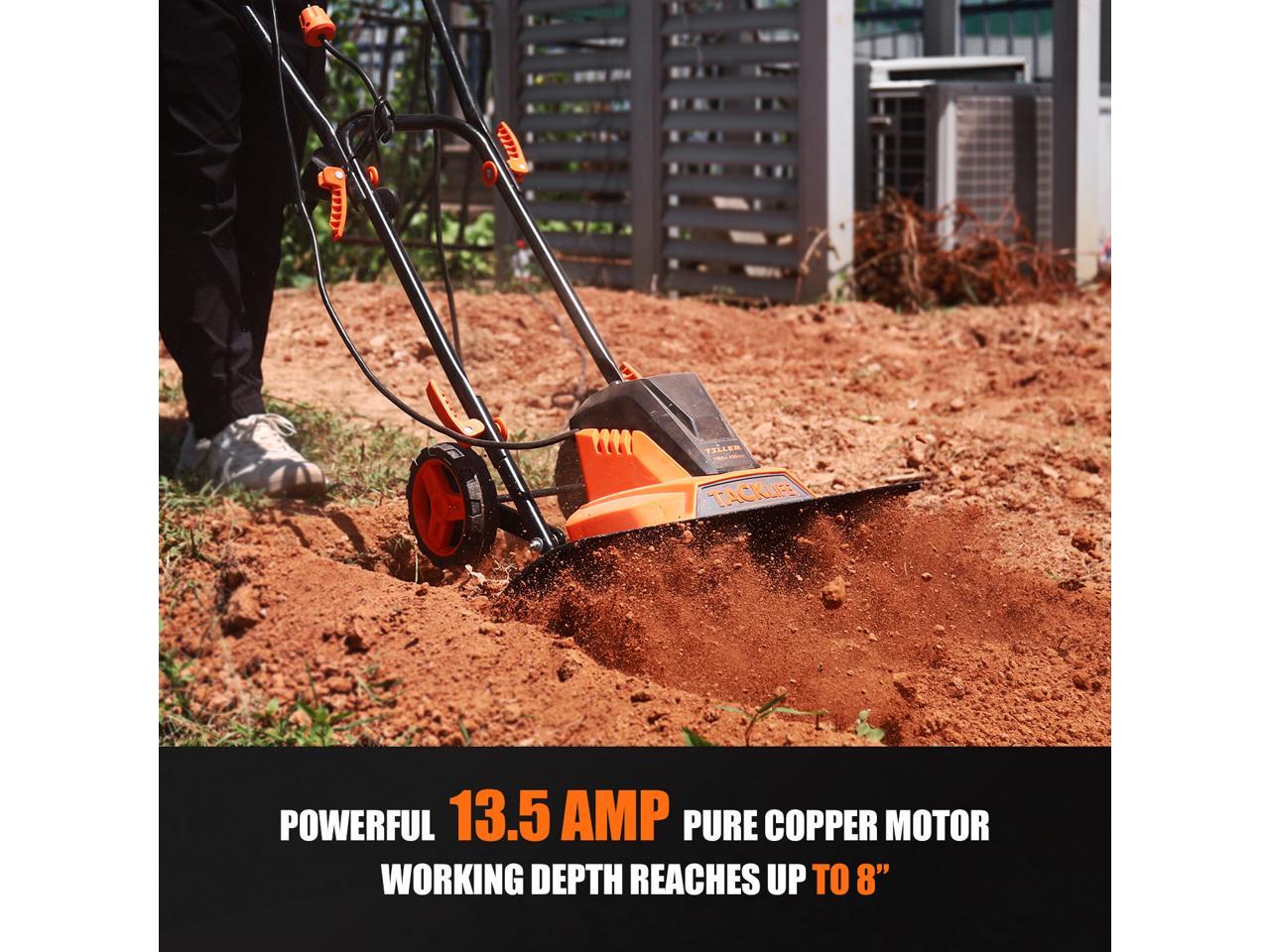 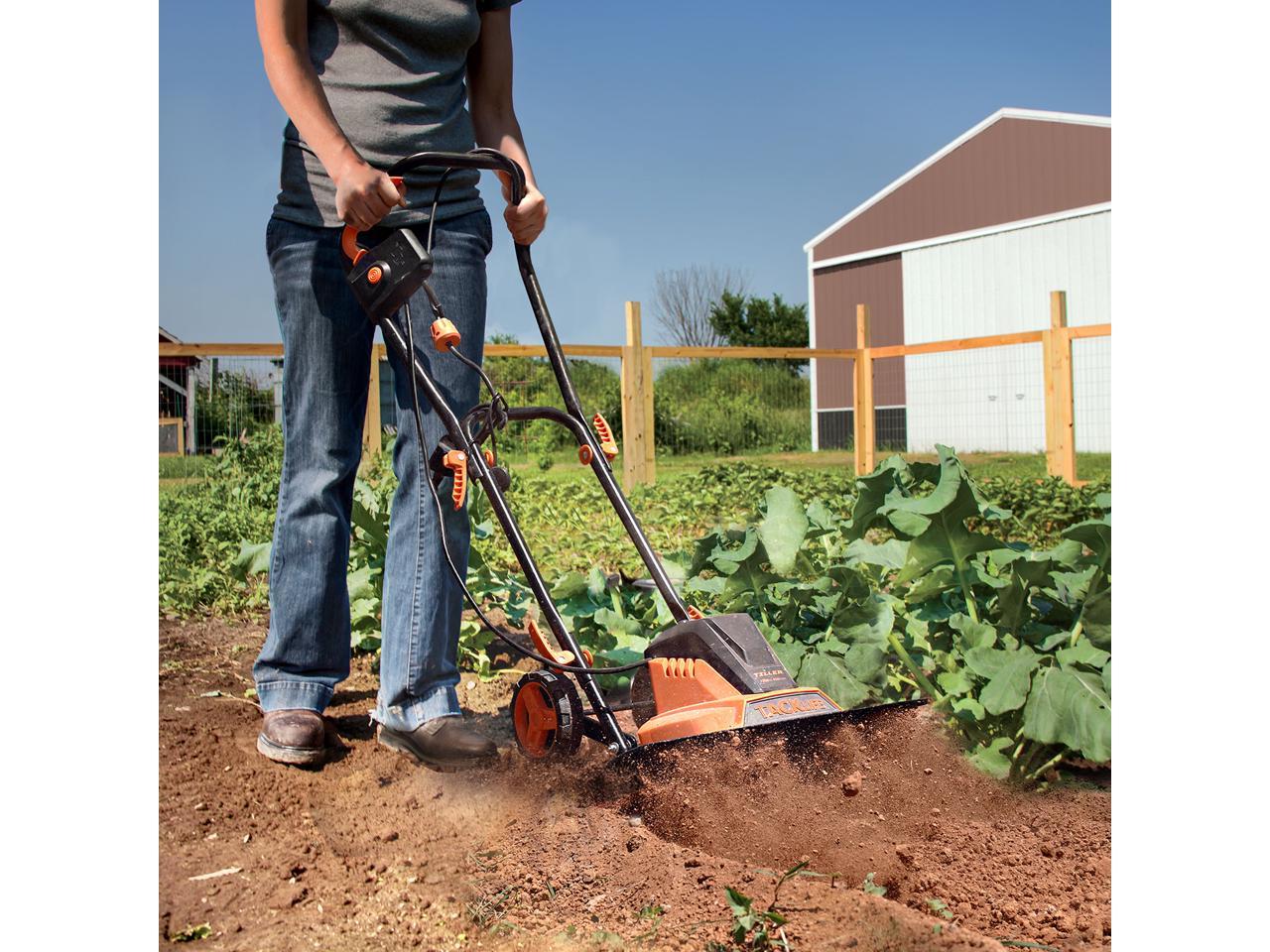 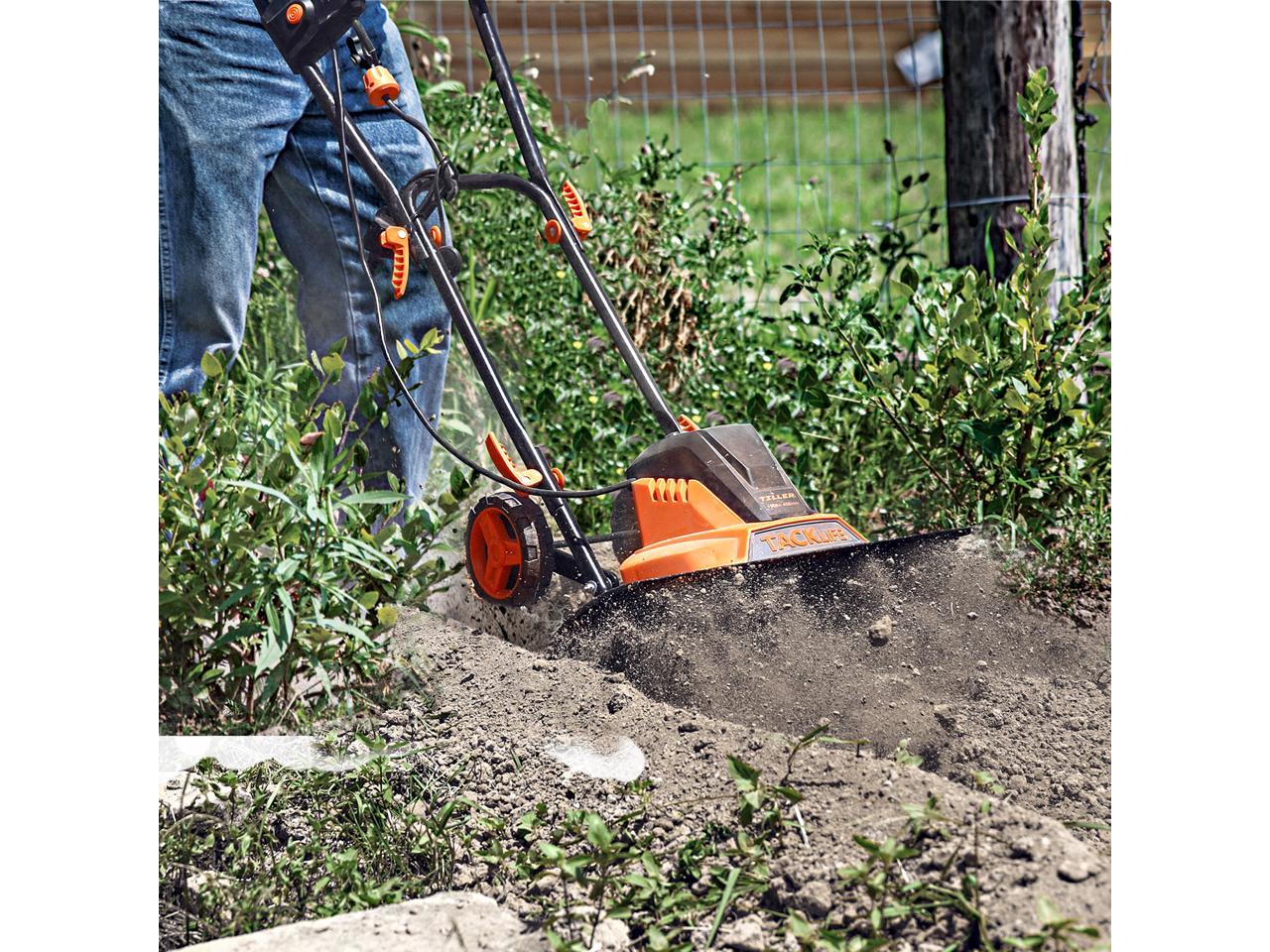 Innovation is at the heart of everything we do, and we strive to ensure every customer interaction is a positive and enjoyable one.

TACKLIFE customers can always expect fresh designs that are efficient, powerful, and safe. The materials, design and characteristics used make the TGTL01A electric hoe an unmissable farming tool of the highest quality.

Pros: - Seems to be good quality - Very easy to assemble (only need a Philips screwdriver) - The shroud over the tines is full metal - the removable tines means it can work both in sandy soils with 6 tines and heavier soil with only 4

Cons: - The handle assembly seems fragile - the plug is shrouded, so you need to use an extension cord with a single outlet

Overall Review: I bought it to use inside a commercial size greenhouse and with it's low weigh, maneuverability and absence of fumes, it seems perfect for that job, very easy to control even if the wheels only have 2 positions (till & transport), I might drill a middle position for low depth tiling. When dragging it toward me, it stays level and does not jump around as the tines speed is well adapted. Also, specifications say 93DB noise, and that would be extremely noisy, even for a gas tiller ! In reality, it does not scream, it's rather quiet, noise reminds me of a kitchen blender, and you clearly hear the motor tone change with load, making it easy to adjust the working speed. Build quality seems good, the shroud over the tines is full metal, the gearbox does have an opening for oil refill, even plastic parts seem strong, except the handle assembly that seems weak and the safety mechanism is not very ergonomic. Being corded, you need to keep an eye on the extension at all times, it would be trashed in a second. I might buy a short cheap one to prevent damaging the heavy duty one I'm using now as it costs more than the tiller ! I also tried it outside, it does well, but I have sandy loam. It should be able to work in heavier soil (without the 2 extra tines) but will probably not last if used on heavy/clay soil. It separates the soil in fine particles, way better than my gas tiller, so I might start to use it for finishing the direct seedling beds before using the seeder. Assembling it took less than 15mn. There is only one washer on the outside of each wheel. I added a second one on the inside to avoid damaging the wheels and reduce the mechanical play. Also, the cable ties are useless (too small and not rigid enough). Don't even try, just use tie wraps. Overall, I'm very satisfied with it, it's perfect for light work such as incorporating compost to the soil in greenhouses, I just hope it lasts, friends of mine will probably want one for their greenhouse too !