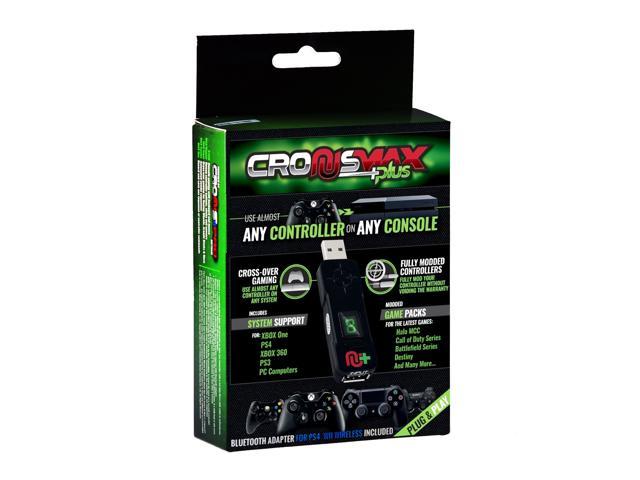 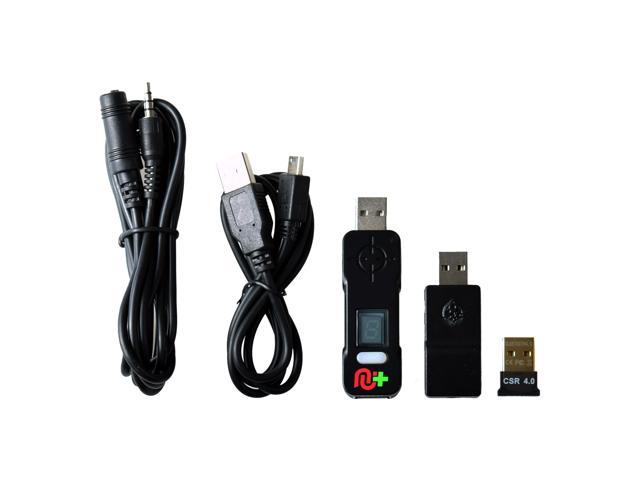 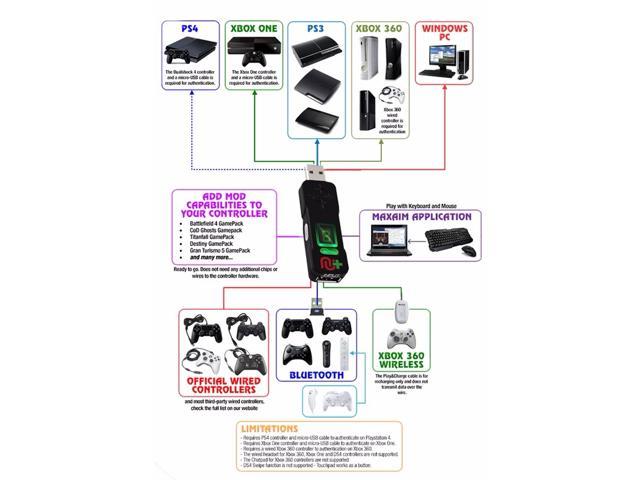 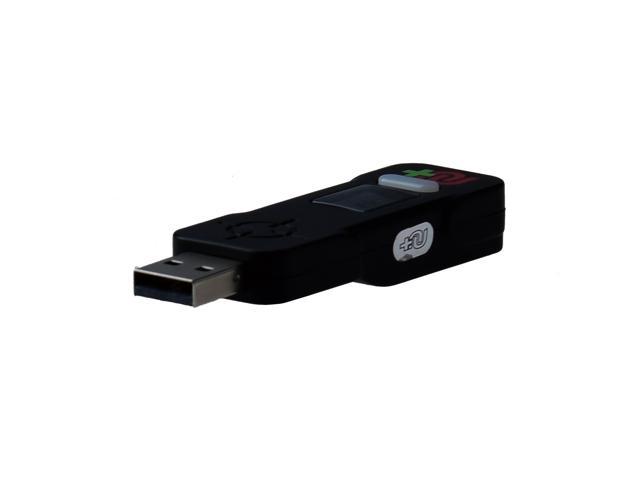 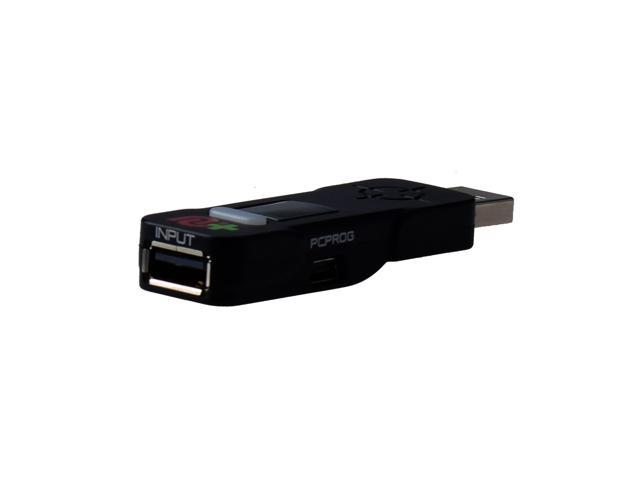 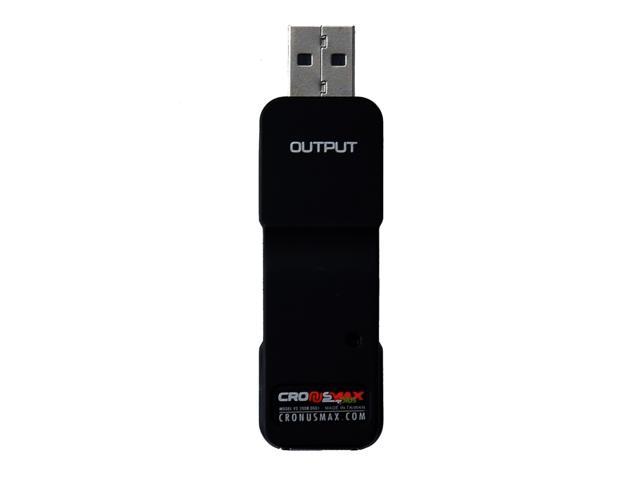 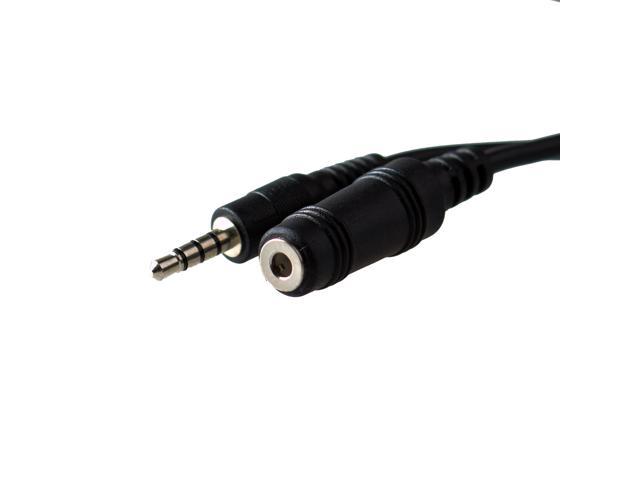 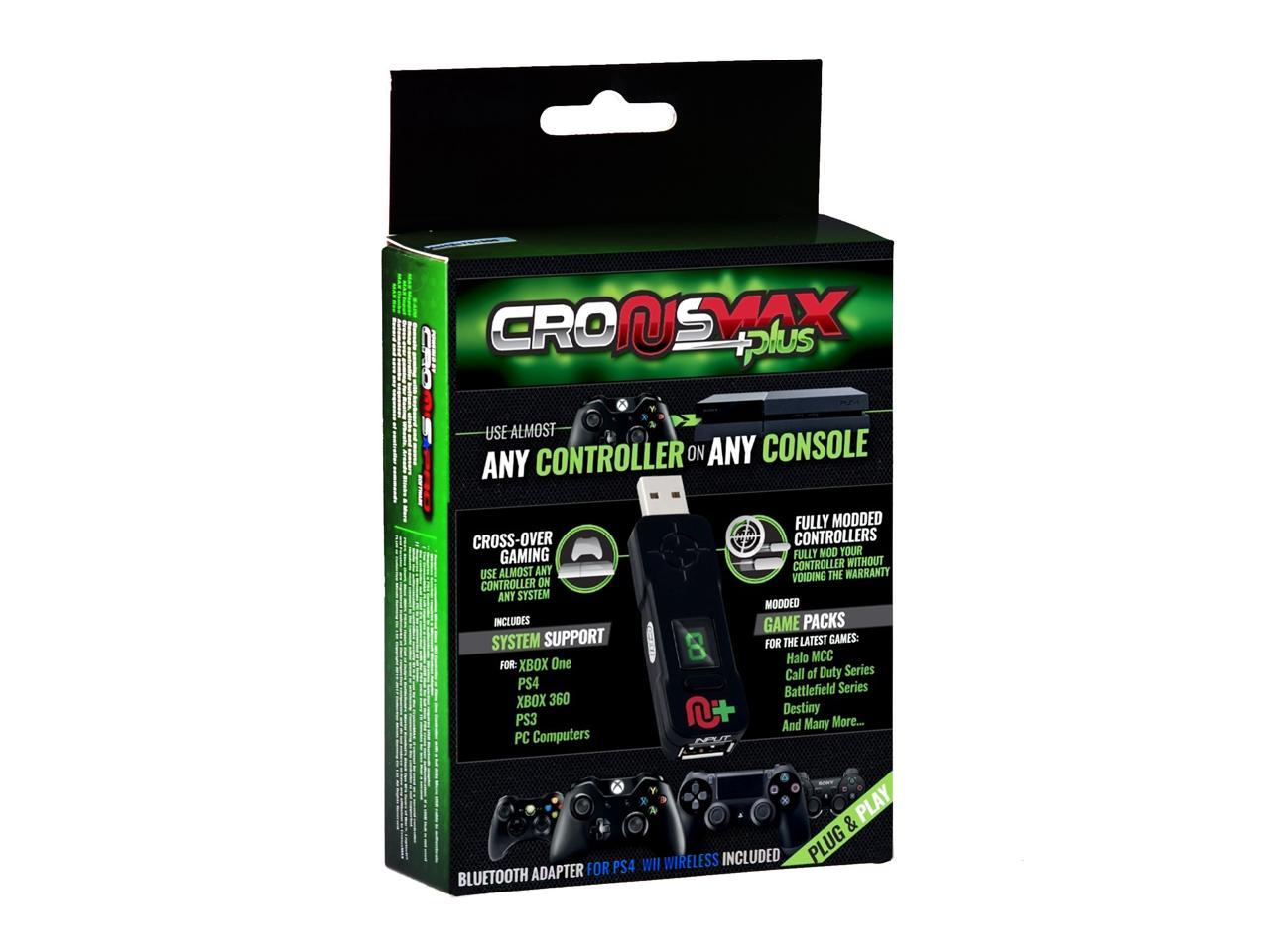 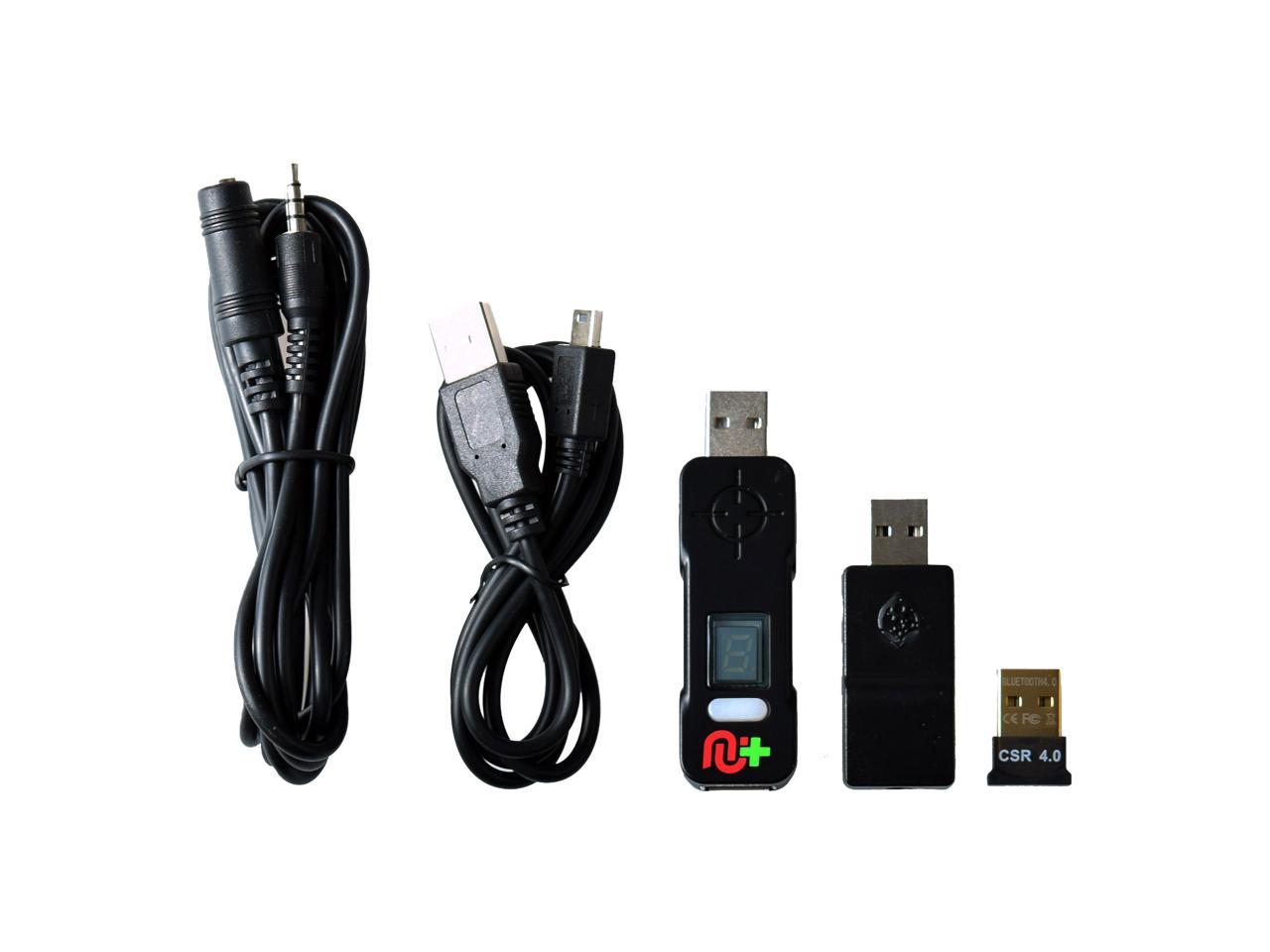 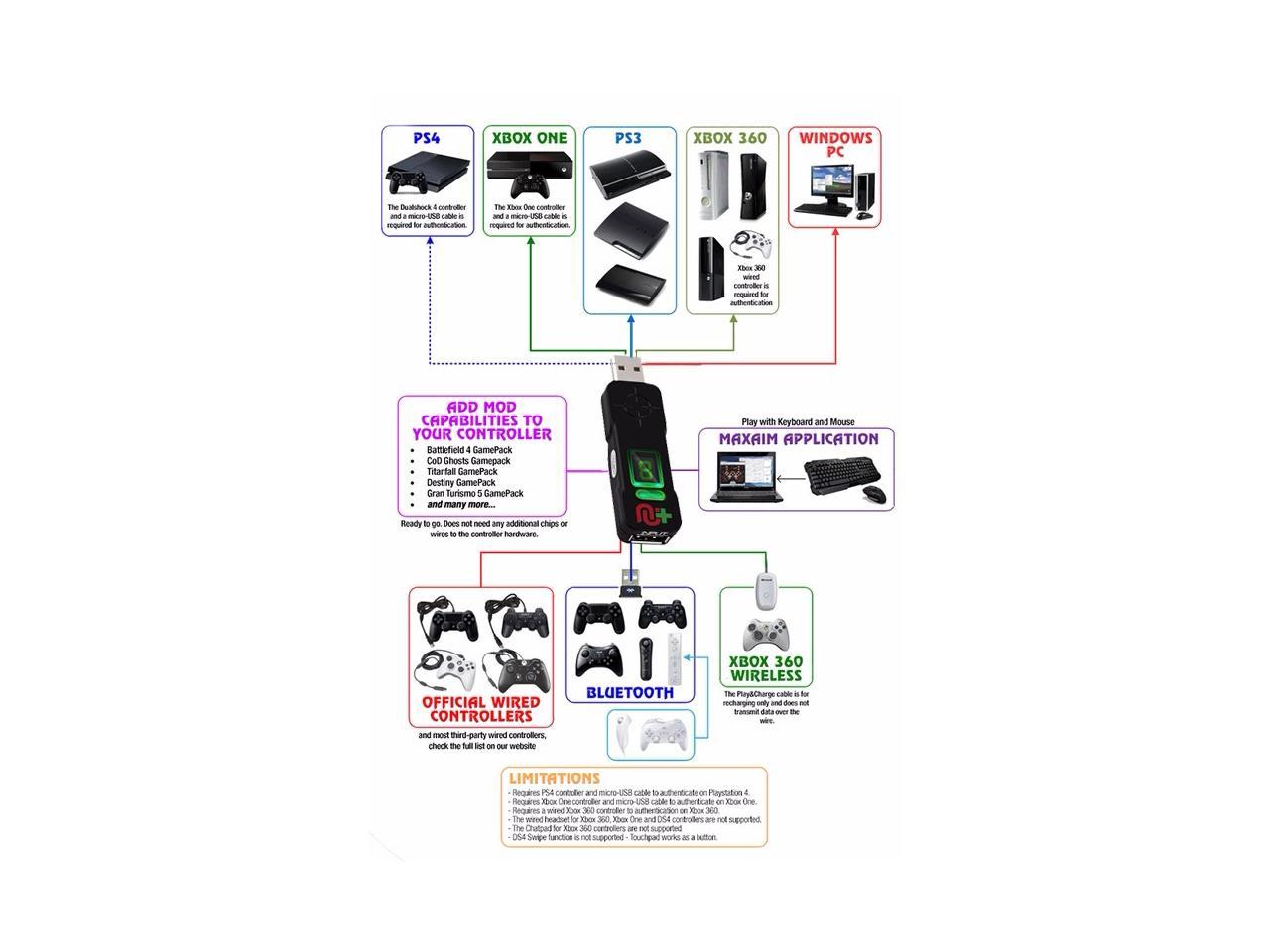 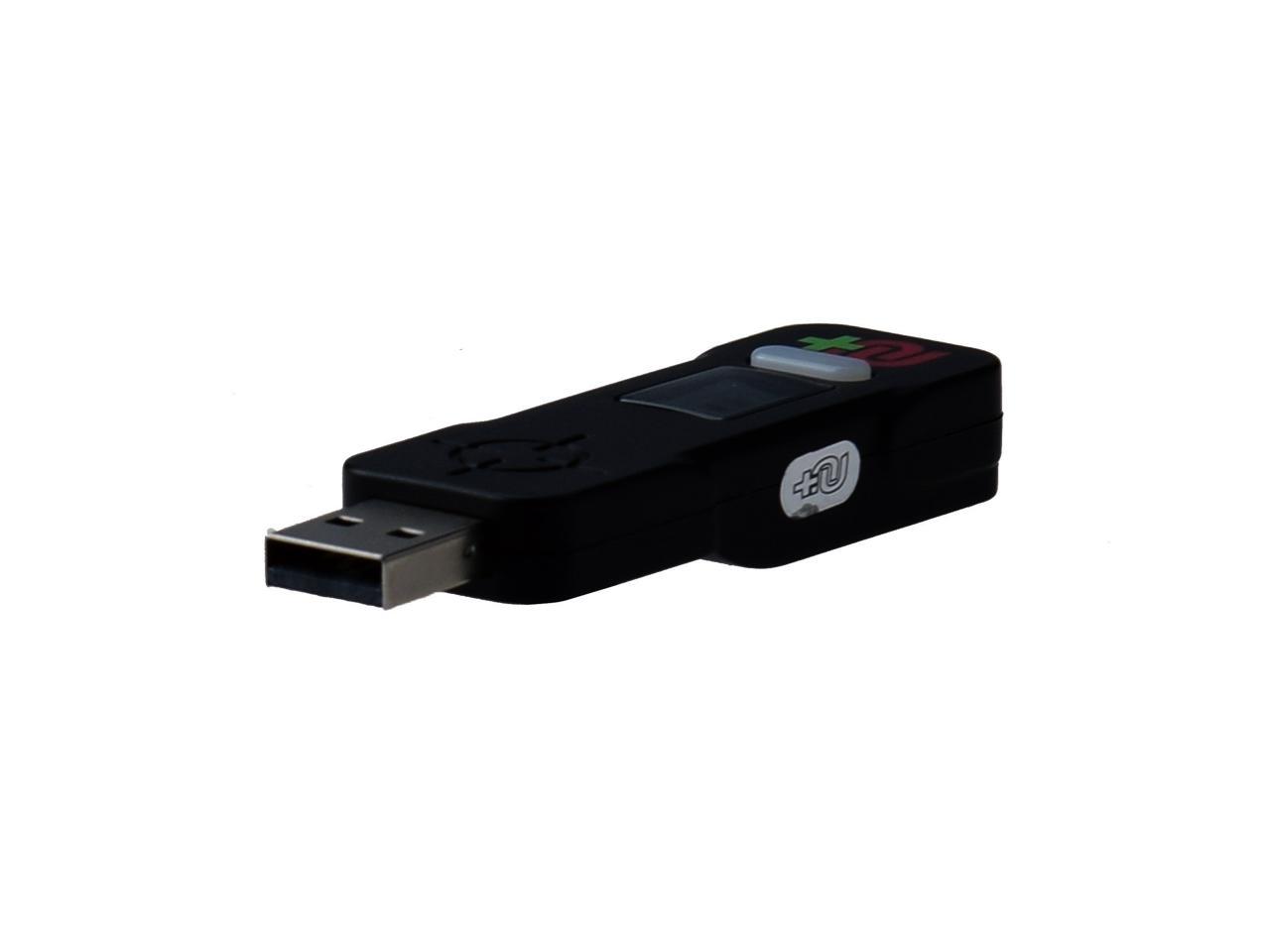 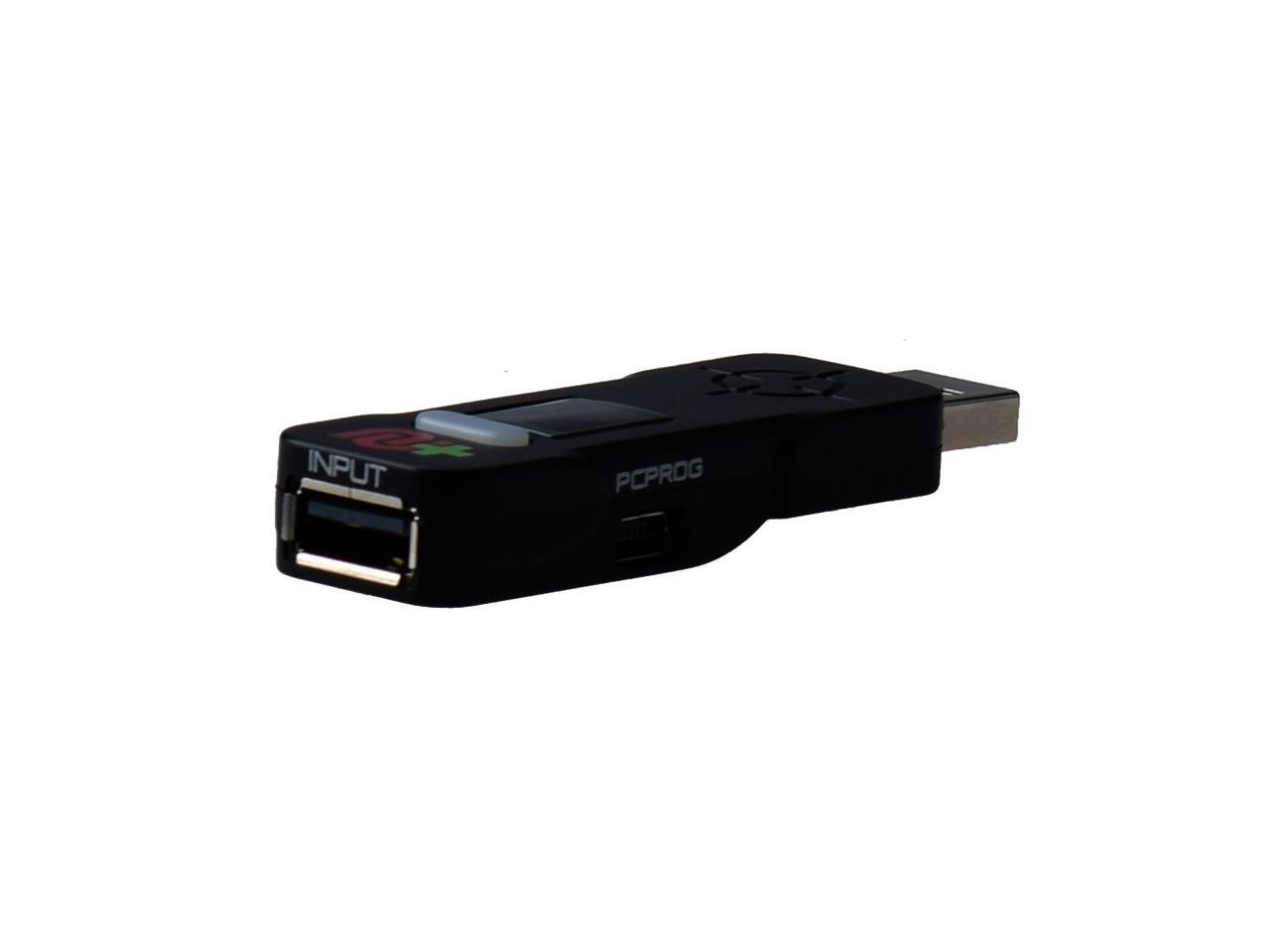 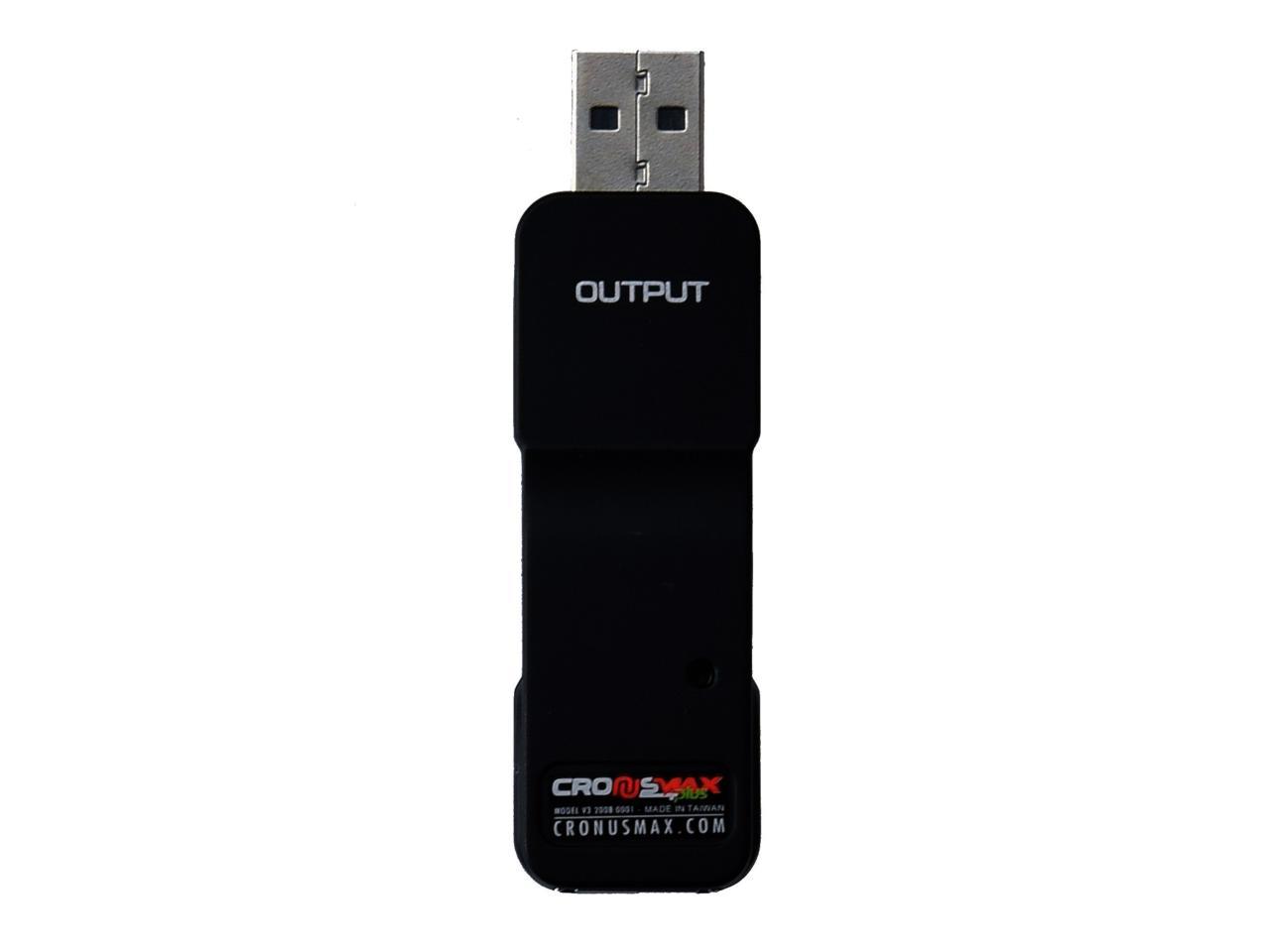 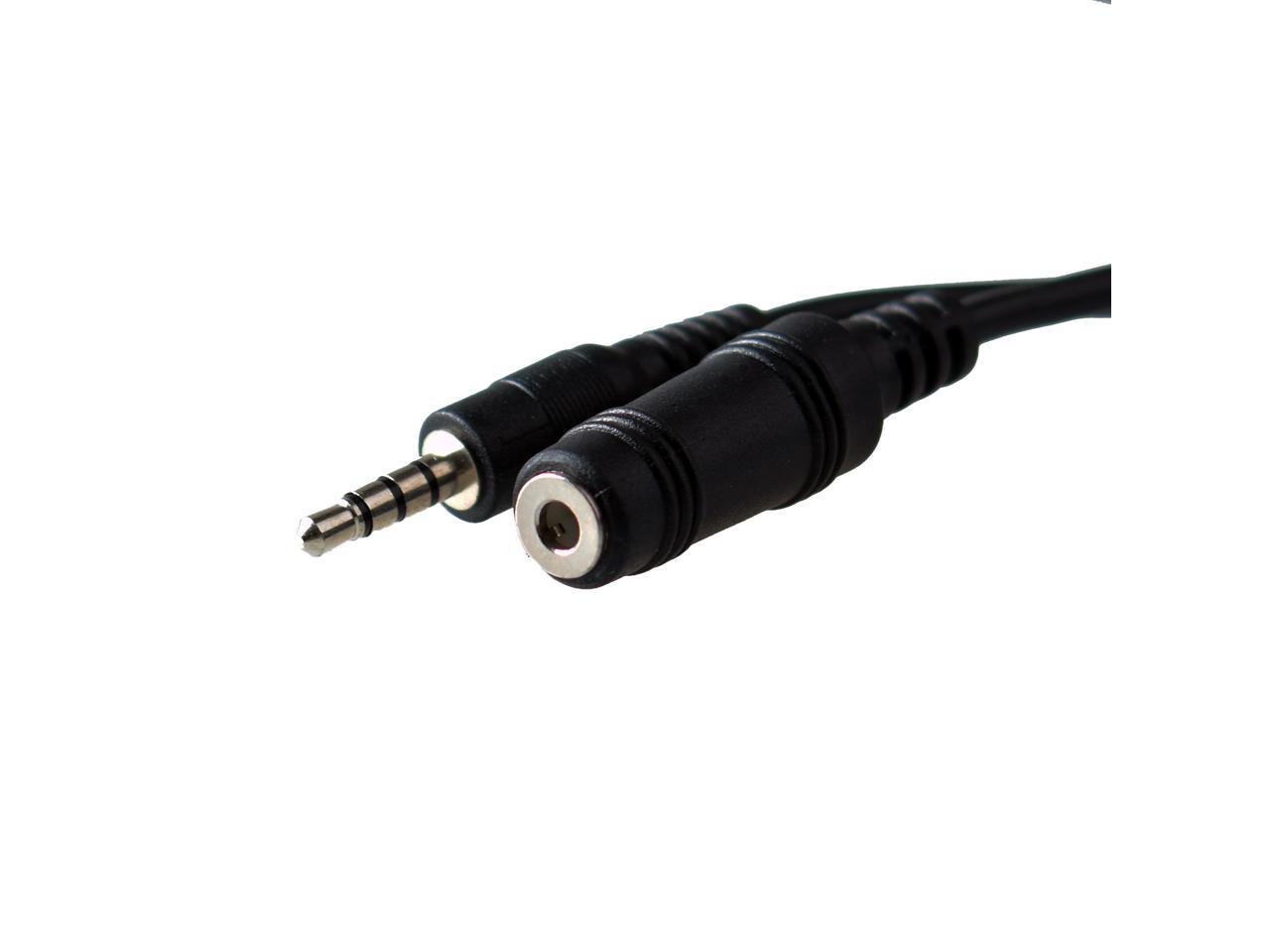 (2) Write a Review
See more "cronusmax"
In stock.
Ships from United States.
Fees for brokerage and duty included in price. Most customers receive within 4-17 days.
Overview
Specs
Reviews
PC required for set up/update.This is the latest 2017 version with ADD ON PACK
Fully MOD your controller without voiding the warranty. Loaded with Game Packs for most major games or create your own. Millions of MOD combinations.
Use almost any controller on any system. Use your PS4 controller on XBOX ONE. Use your XBOX ONE controller on PS4. Use your X360 controller on XBOX ONE etc.
Game on your PS4, XBOX ONE, PS3 or X360 using your favorite PC gaming-grade keyboard and mouse or high end racing wheel through the X-AIM plugin. PC Required.
Remap all controller buttons or triggers to any custom configuration. Lag-free. Instant response every time.
Includes Bluetooth Adapter for PS4 wireless play and PS4 sound card for headset support.
ADD-ON OPTIONS:
USB HUB: Required For PS4 Console Full Crossover Controller Support **PS4 USERS MUST ADD THIS***
XBOX 360 WIRELESS RECEIVER: Required For Xbox 360 Wireless Controller Support
XBOX 360 WIRED AU CONTROLLER: Required if you have an Xbox 360 Console (Security Authorization)
Micro USB Cable: Required to connect Xbox One Controllers to the CronusMAX
10ft USB Extension Cable: Useful to extend the length of your Xbox One Controller
USB Power Switch Cable: Useful for resetting the CronusMAX without unplugging/plugging back into the console. Essential for Xbox One console users.
There are many improvements with the CronusMAX PLUS hardware & software, including:
Pre-programmed with the new CronusMAX PLUS Firmware
New ZERO-LAG Tournament Mode - Used by every player at the Call of Duty World Championships 2016 (competitors devices were measured at over 28ms lag and totally unusable by the Pro Players)
CronusMAX PLUS is the ONLY controller converter device officially used by MLG and the Call of Duty World Championships
New Support for USB Hubs (Provides support for Full Time PS4 Crossover Controller Support - No 10 Minute Disconnects & Logitech/Fanatec Wheel PS4 Full Force Feedback Support!)
New Support for Xbox One Elite Controllers (Requires Micro USB Cable)
New Support for Xbox One S Consoles
New Support for PS4 Pro Consoles
Stronger PCB to minimize accidental damage by end users
Enhanced performance with lower heat dissipation and lower amp usage than ever before
Updated chipset for USB Hub support and improved XIM & third party controller support
New LED Backlight system that operates as a notification LED for GamePacks, Mods and Scripts
New LED Backlight ring mechanism around the LED memory profile display
New Memory Profile LED Button which can be easily viewed by the player from almost any angle
New and updated GamePacks to support the new CronusMAX PLUS hardware features
New design retail packaging with custom tray for extra shipping protection

The CRONUSMAX PLUS supports many features not available with similar devices (GamePadProxy, Cronus, CronusMax, Titan One, Titan Two etc). The CRONUSMAX PLUS has been completely redesigned from the inside-out for optimal performance, speed, and reliability. The hardware and firmware have been overhauled to run more efficiently and consume less power to ensure hours of lag-free operation. The INPUT USB port has also been corrected so that you no longer have to plug in your controllers the wrong way around (this is a fault with similar devices). The CronusMAX PLUS is the ONLY controller converter device officially used by MLG and the Call of Duty World Championships.
*** Several New Features Now Available ***
Full PS4 FULL Controller Support - FINALLY the ability to use any controller on the PS4 console without any 8-10 minutes disconnects. All you need is a compatible USB Hub or select as an addon option.
Xbox One Elite Controllers are now supported (requires full data micro USB cable - see addon options)
Xbox One S and PS4 Pro Consoles are now Supported
PS4 Touchpad & SIX-AXIS Support!
Tournament Edition Mode - You can use the CronusMAX PLUS in many gaming tournaments with this new feature. This disables all cheats, scripts and GamePacks to

Pros: Actually performs well with the mods / hacks, and is SUPER EASY to set up.

Cons: It may wear out your connection to your controller after inputting it in too much, and it hangs downward of the usb port, causing it to wear out the input side of that as well. Can't recognize controller.

Pros: - Allows for perfect Legacy Controls, FINALLY MY SEARCH IS OVER! - No input lag - Allows you to use the 360 controller on the Xbox One - Still working after a year

Cons: - Getting hard to find for a second one - Seems a little heavy and droopy in the USB port on the console, I just put a little something under it to hold it up. It should have had a little height adjustable kick stand.

Overall Review: My first console FPS was Goldeneye for the N64. Then I got Quake III for the Dreamcast. So I learned with Legacy Controls. Then I got Halo for the Xbox OG and switched the controls to Legacy. Since then it seems about 50% of FPS games don't support Legacy Controls over the years there have been so many games I haven't played because they don't support my controls. Now with the ChronusMax I finally can play Xbox 360 & One games with Legacy Controls that were exactly how they should. I just downloaded someone's Legacy script and it worked, but after using a while I found it is easy to just use the visual scripting tool and I can make my own Legacy script easily. If you need to switch between normal and legacy for other types of games that are not FPS, just can just hit a button on the ChronusMax it's self, or if you get the same Legacy script I did, then there is a button combo on the controller to switch back and forth. The Legacy Controls I've tried work on both the 360 and One controller and it is backwards and forwards compatible. Probably works with PlayStation controllers all though I haven't tested that my self yet.