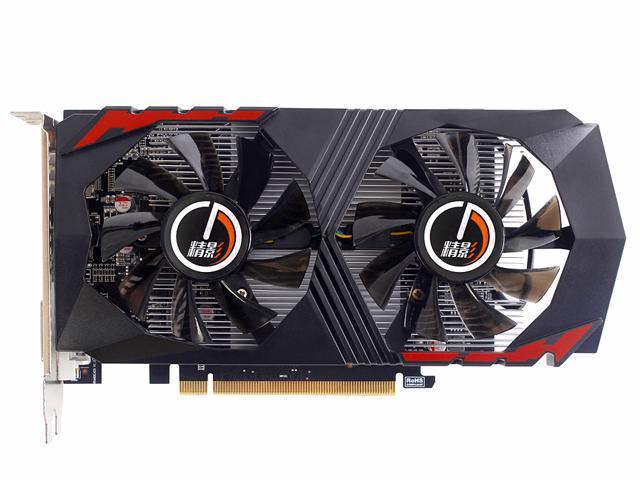 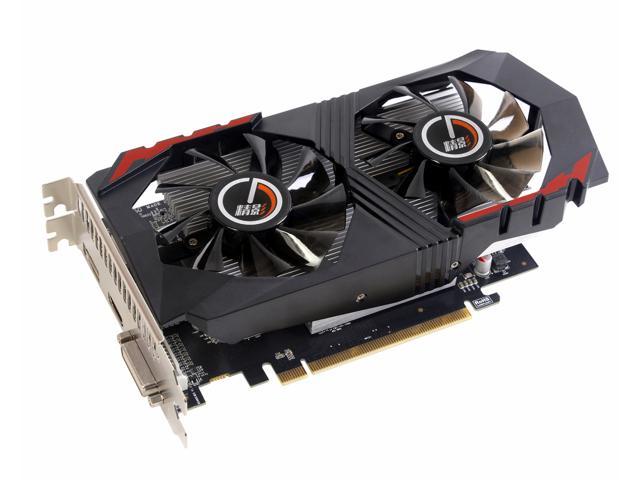 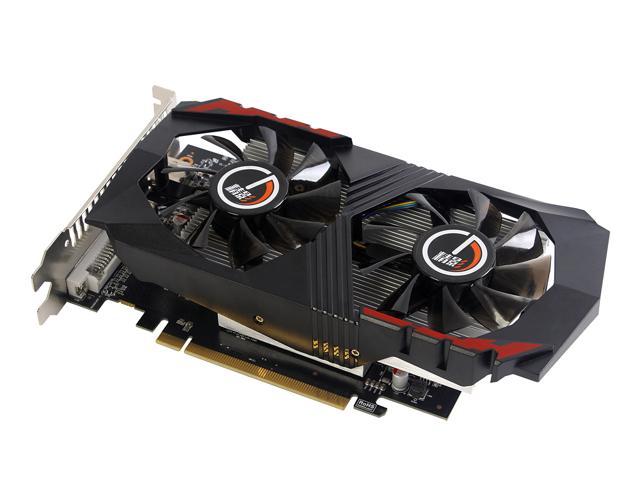 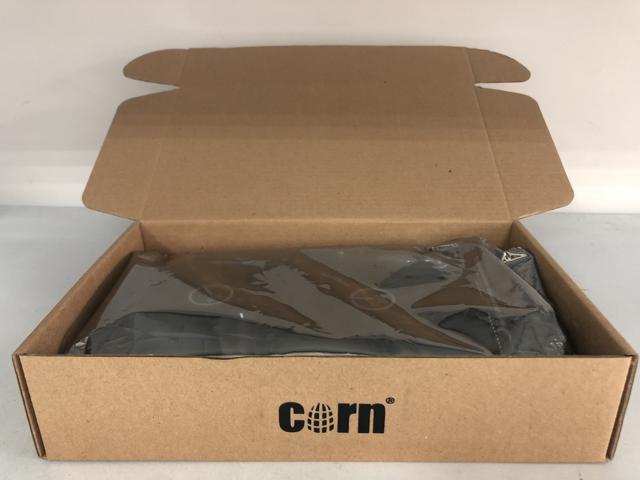 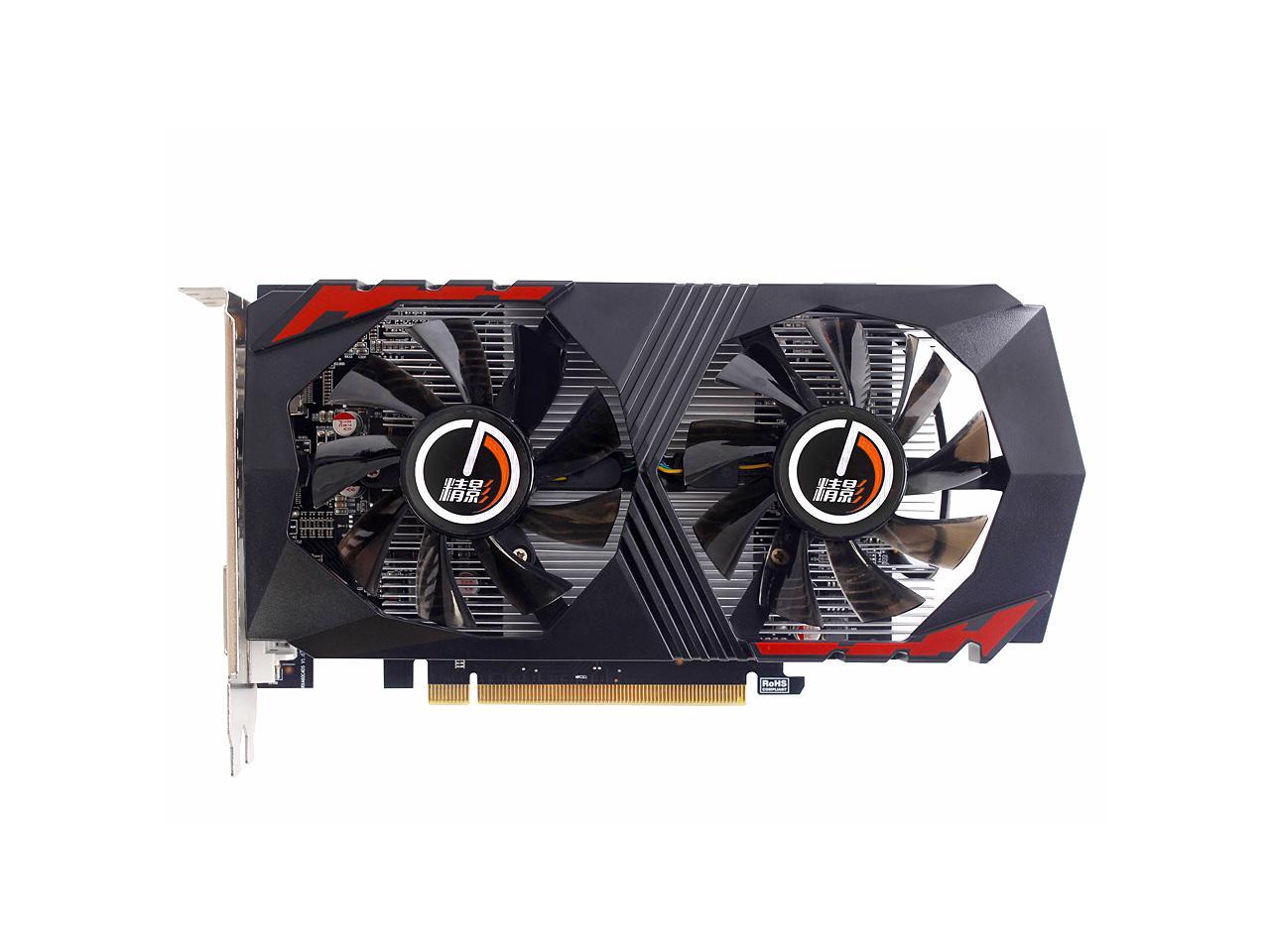 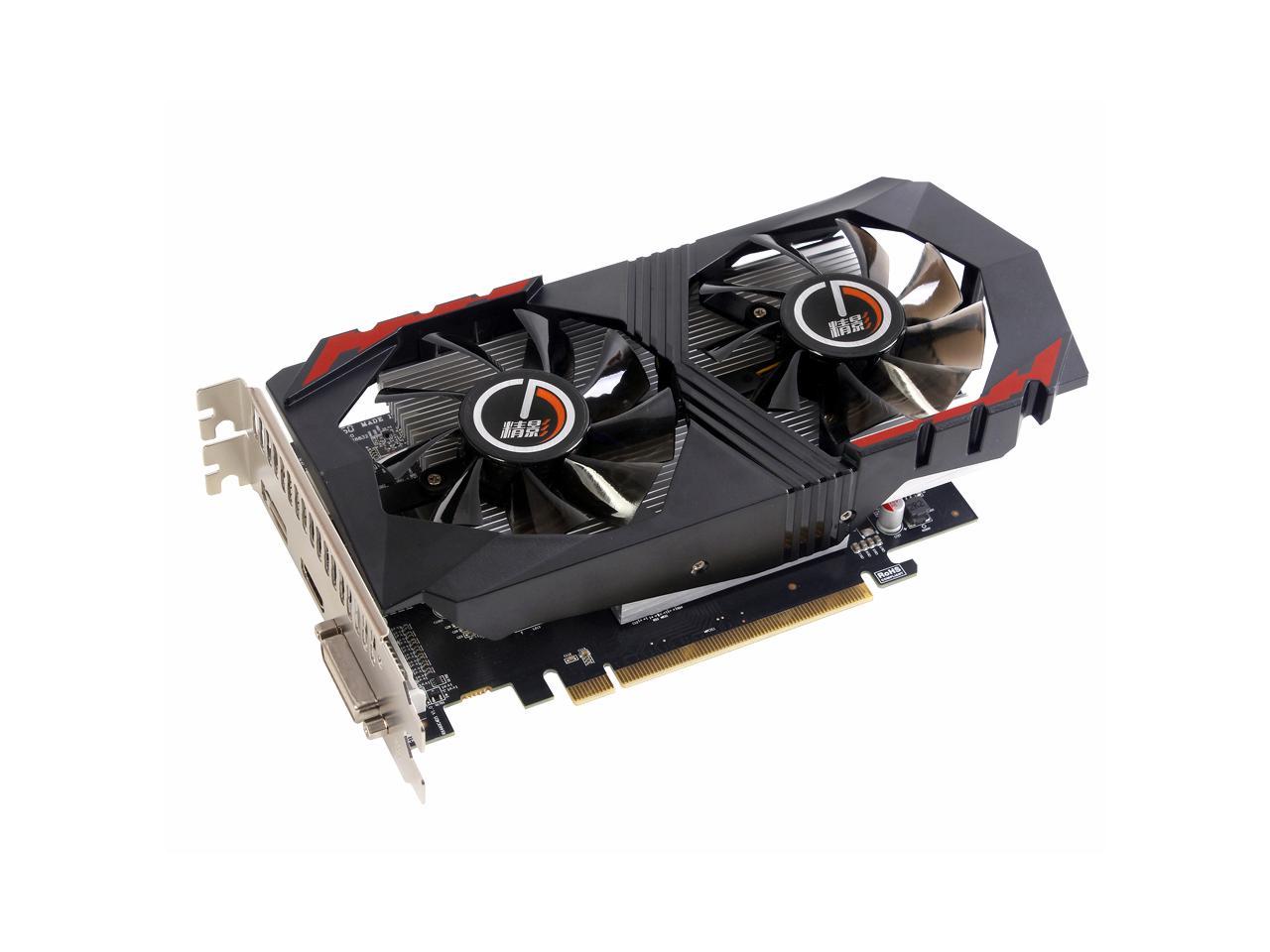 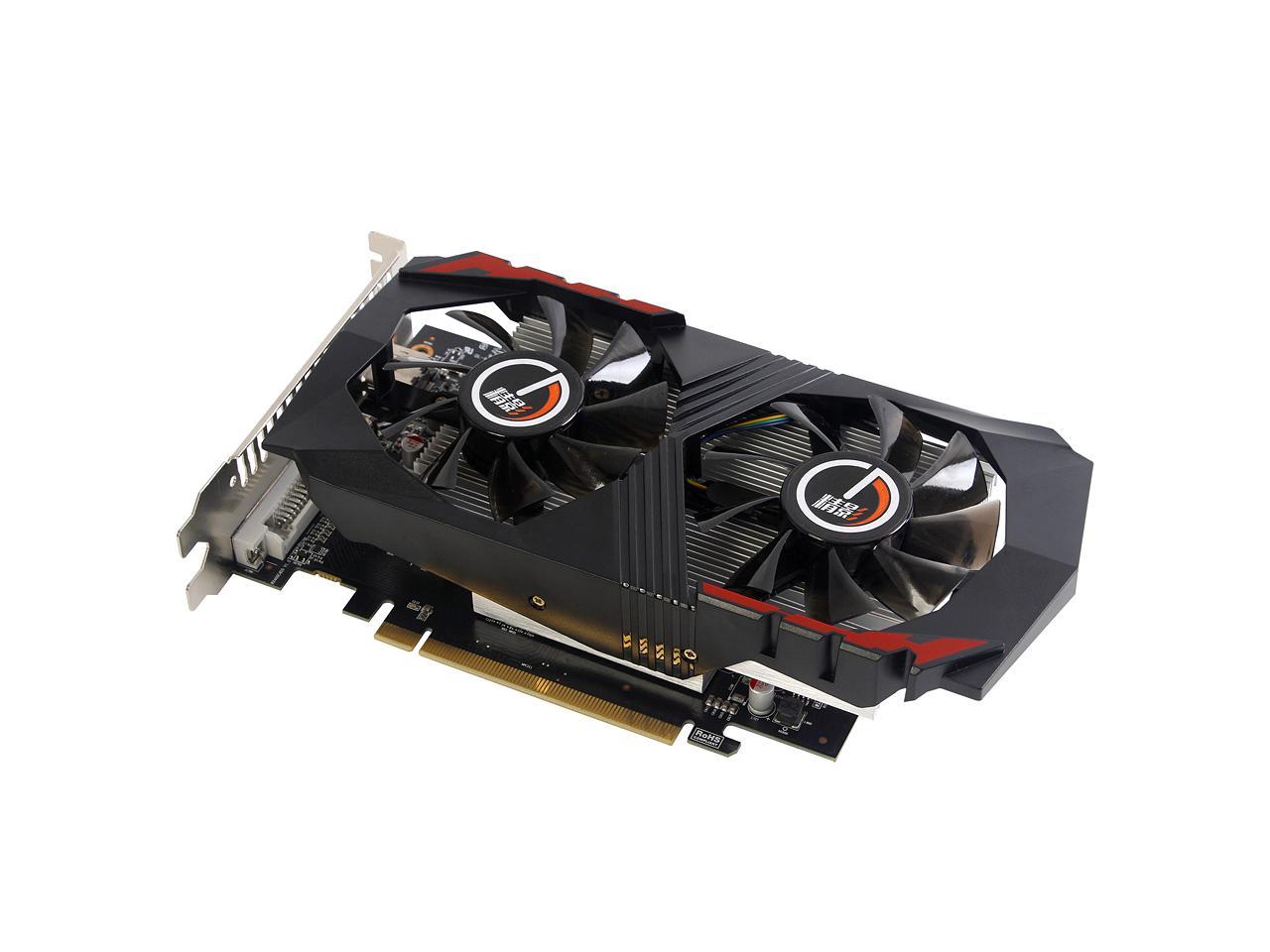 Great for new builds or upgrades, the AMD Radeon RX 460 graphics card turns your PC into a power-packed gaming machine. Based on the 4th generation GCN architecture, the Radeon RX 460 is manufactured using 14nm process, and features 896 stream processors, 2GB/4GB GDDR5 memory and 128-bit memory bus width. It tackles eSports and MMORPG games in 1080p resolution with top detail settings, and is also ready for graphics-intensive AAA titles in 1080p resolution with decent detail settings. In addition to DirectX 12 and Vulkan support, a host of gaming-enhancing technologies are built in, like Radeon FreeSync, AMD Virtual Super Resolution(VSR) and AMD Eyefinity technology, helping optimize your gaming experience in your favorite titles.

This card is based on AMD Radeon RX 460 GPU, and features two cooling fans to keep your card cool and quiet even in the heat of gaming.

AMD Radeon FreeSync technology puts an end to choppy gameplay and broken frames with fluid, artifact-free performance at virtually any framerate. Behold the next breakthrough in PC gaming performance.

Limiting the frame rate not only saves power, but also reduces heat and noise, keeping your GPU cool and quiet.

Super Sampling Anti-Aliasing (SSAA) is one of many methods of anti-aliasing to enable smoother textures and less jaggy polygons in games, but is not supported by all games and engines. Virtual Super Resolution (VSR) is an AMD feature that is game and engine agnostic to simulate SSAA in games that do not have native SSAA support. VSR can also be used in conjunction with other native in-game anti-aliasing for even more game graphics-setting control.

VSR allows games to render at higher resolutions up to 4K and then rescales them down to a lower native display resolution. Using this, you can get quality that rivals up to 4K, even on a 1080p display while playing your favorite games.

Pros: Worked right out of the box (pnp), before I even installed any drivers.

Cons: No cd/dvd (or instructions) included, so I had to download drivers. The AMD Radeon Software suggested that it wasn't compatible with the latest driver update, so I had to use the less recent driver.

Overall Review: A little over 6 months in with no serious problems. Half the writing on the box is in chinese, no indication on the box that it's an AMD card, no cd/dvd or instructions, and a cable was included that doesn't fit anywhere on the card and I have no idea what it's for, so I was nervous when I first got it, but it works, my pc defaulted to it in my first boot-up after I put it in and, except for the issue with the latest drivers, I've had no other problems since. All my games have played without issue. I give it 4 eggs instead of 5 because the driver problem might become an issue later on.

Pros: Good for the price and graphics are decent.

Cons: Not a brand name as listed.

Overall Review: I don’t really have a basis for comparison as this is in a new system and it’s the first I’ve built in a while. The graphics seem fair and I haven’t had any issue. I gave it one less star due to the misleading Radeon title.

Pros: -it works a bit

Cons: -i can barly run two monitors it has three slots for monitors and i have two and it keep crashing -cheap quality

Overall Review: its not worth it

Cons: Fans will not come on, even in bios. Tried everything. Cheap knockoff.

Overall Review: Do not buy it is deceptively bad

Cons: Completely incorrect product. Sellers do not speak english and getting a return is gonna be difficult. DO NOT BUY THIS

Cons: Completely different graphics card than the one I paid for

Pros: Card works well for what it is.

Cons: Chinese branded card - extremely cheap cooler Stickers indicate this is a 560 Systems will report this as a 560 Checking what games and benchmarks software actually pick this card up will consistently show it to be a 460.

Overall Review: Save your money and buy from a legitimate manufacturer. This card is bogus.