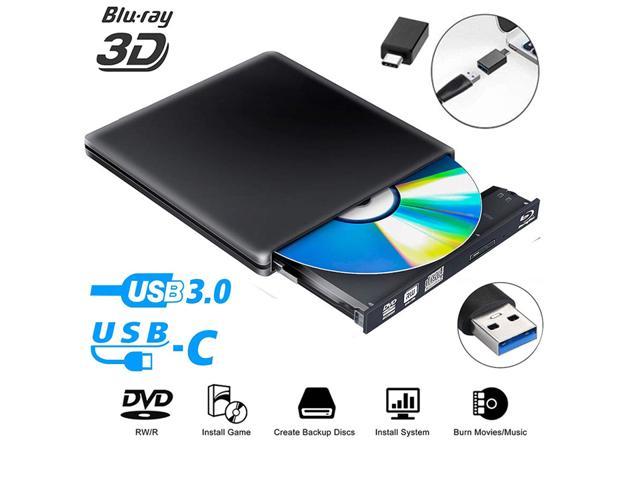 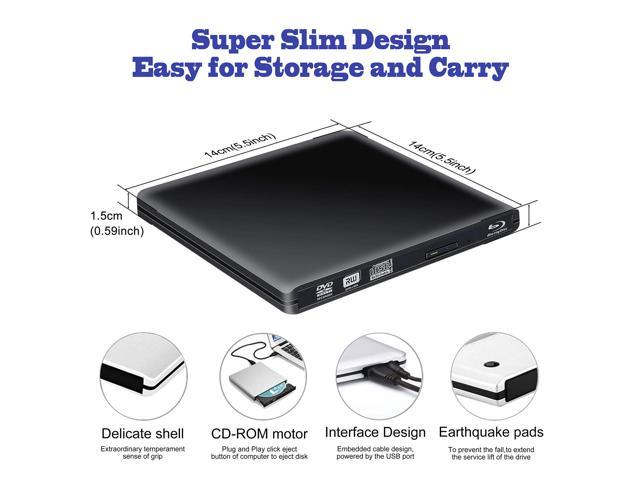 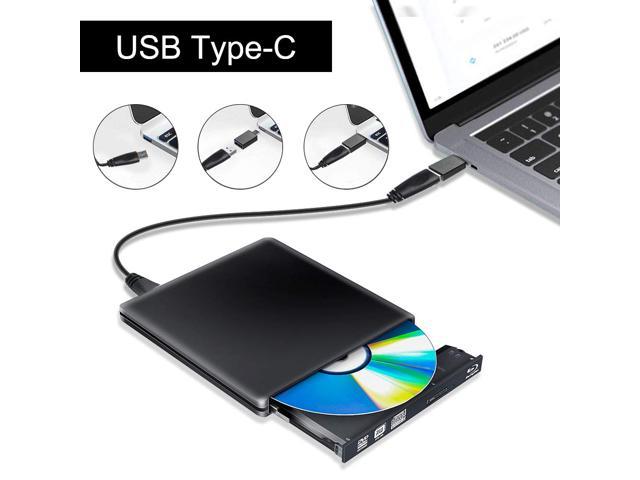 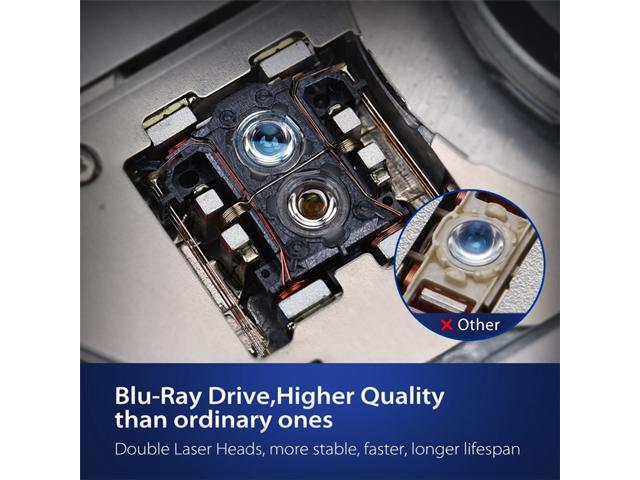 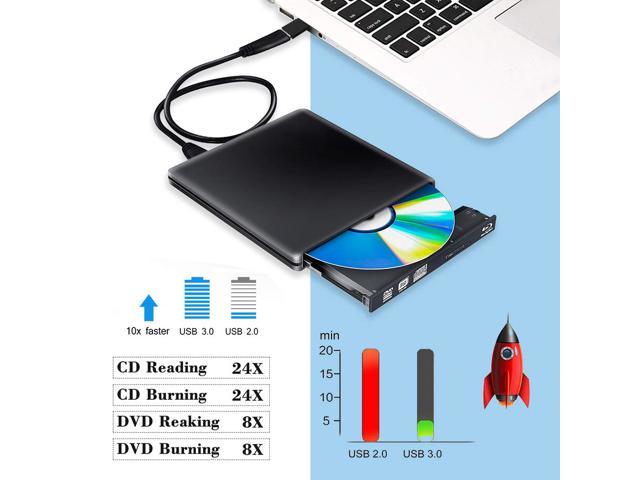 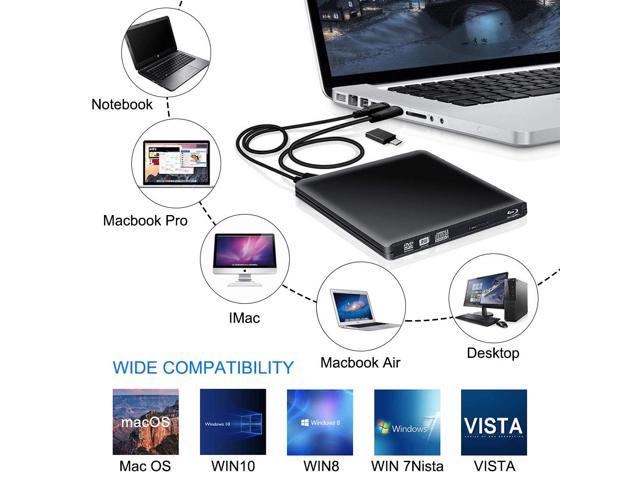 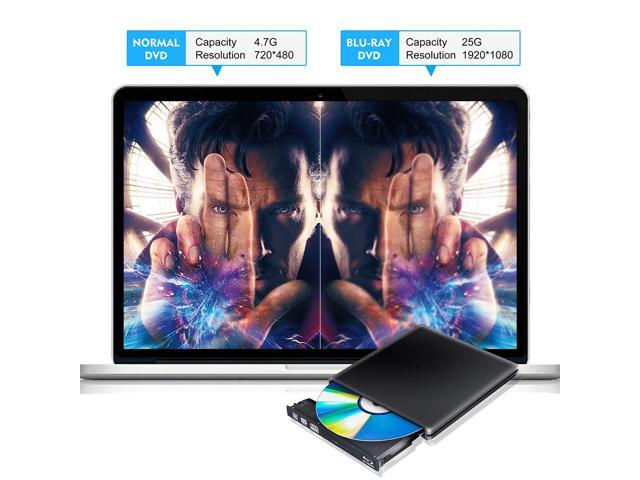 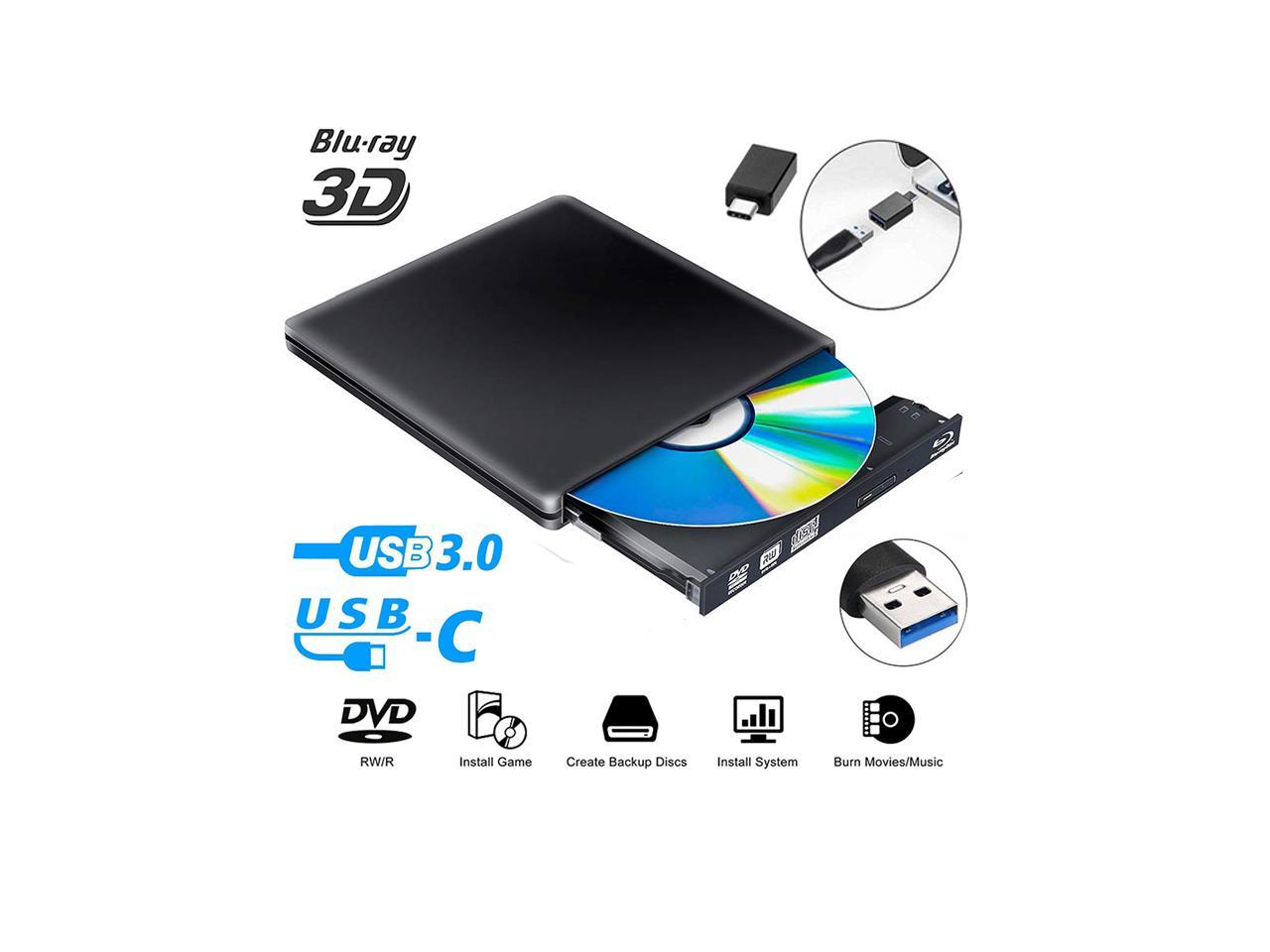 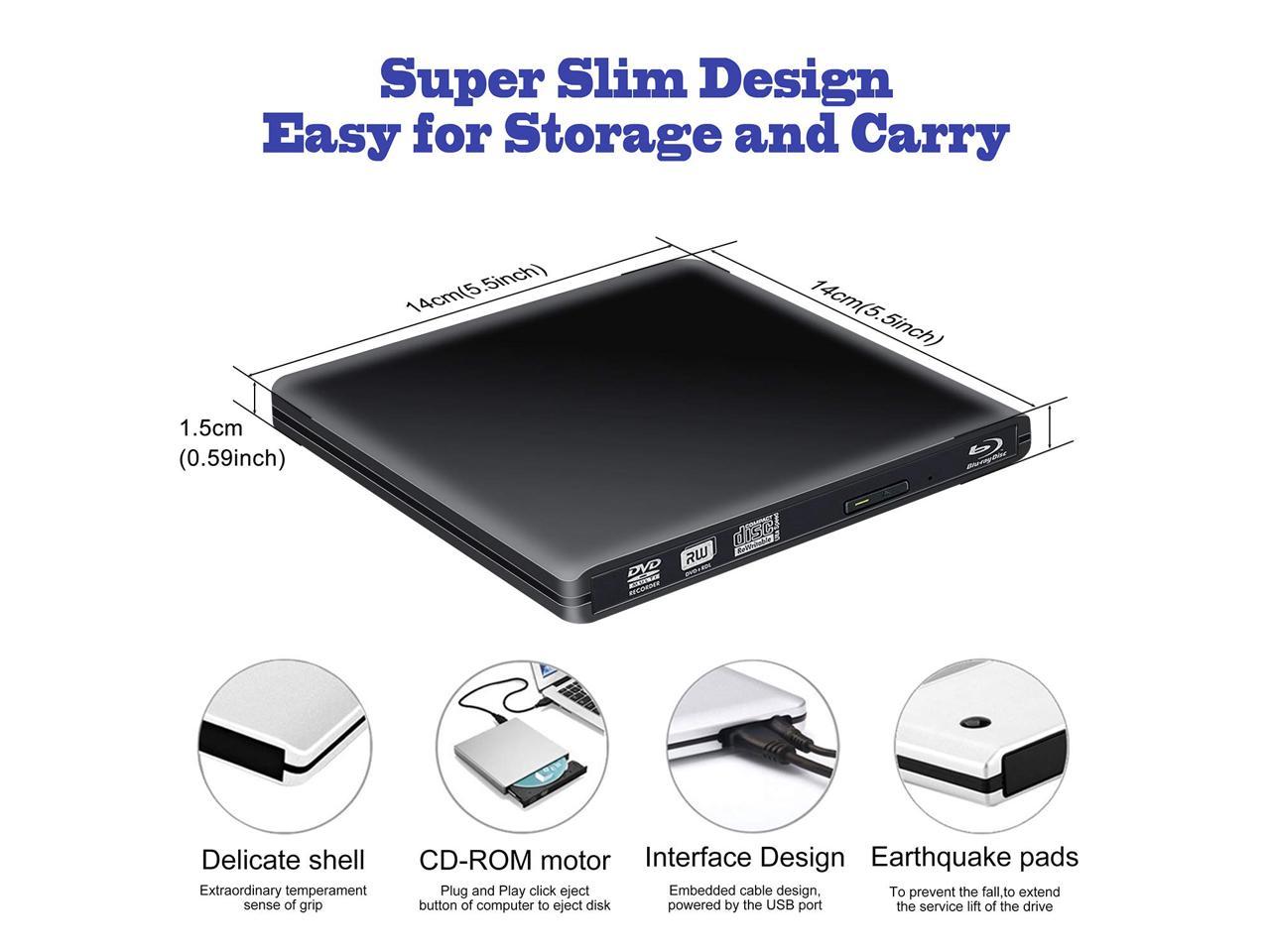 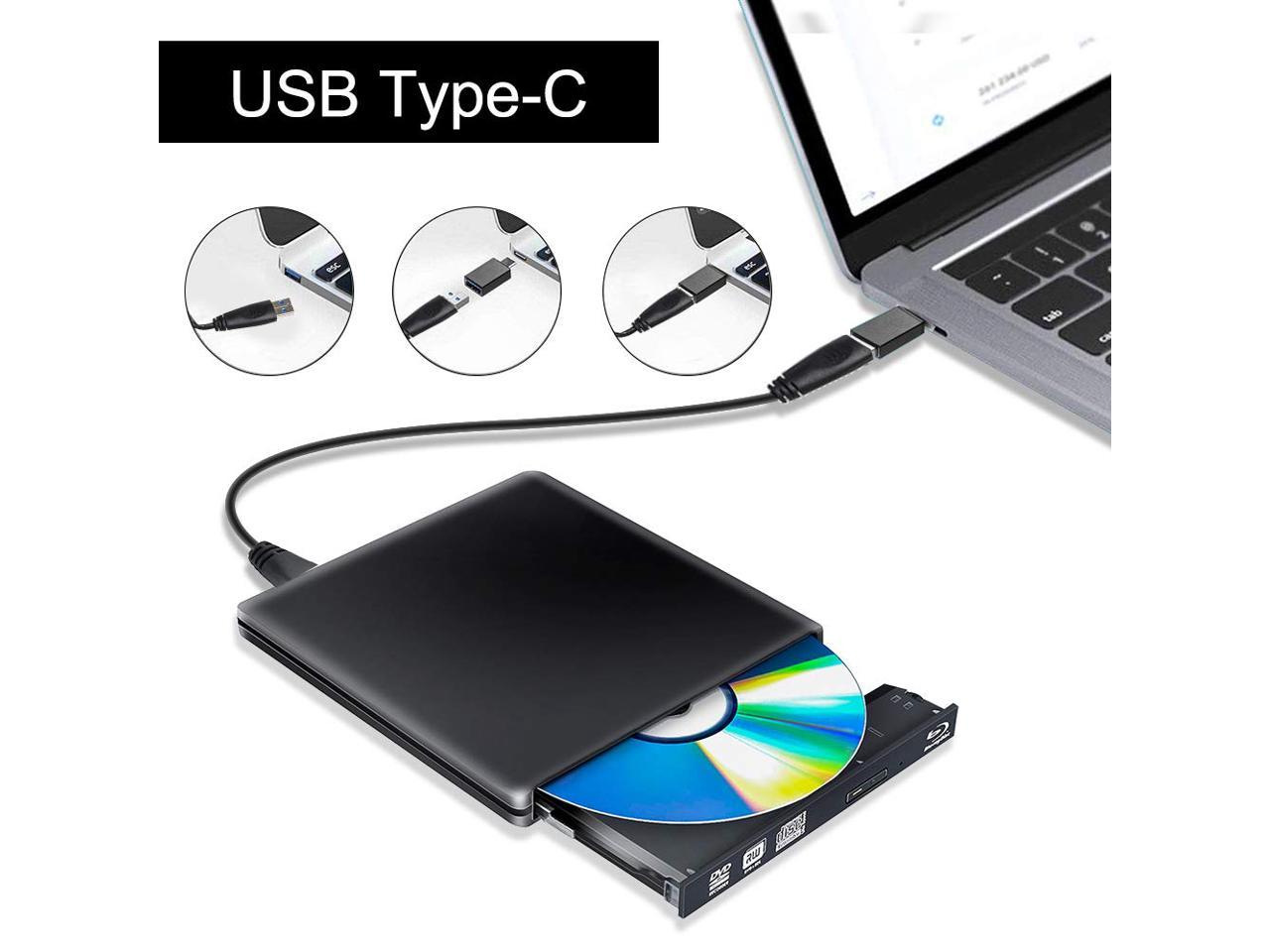 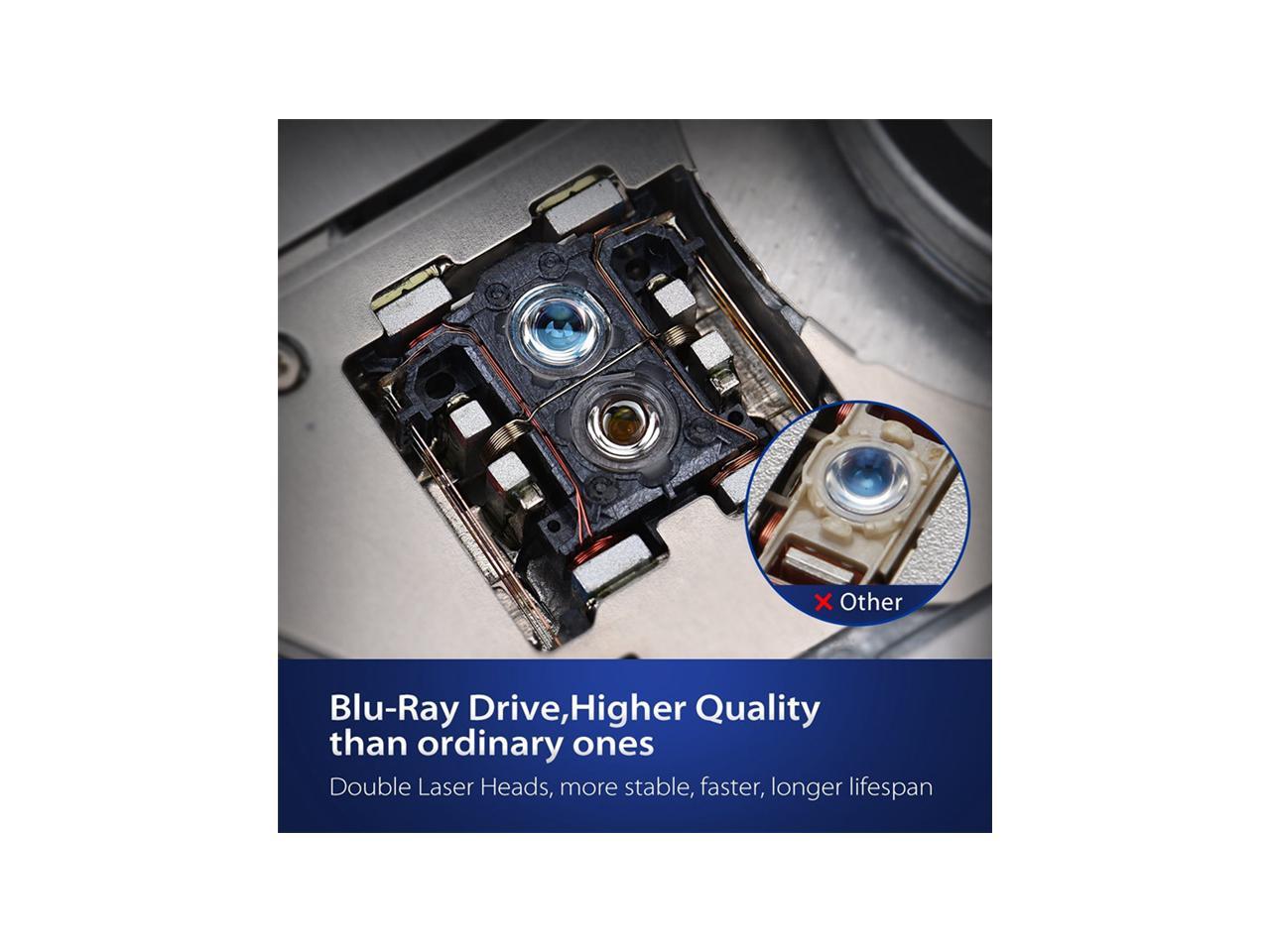 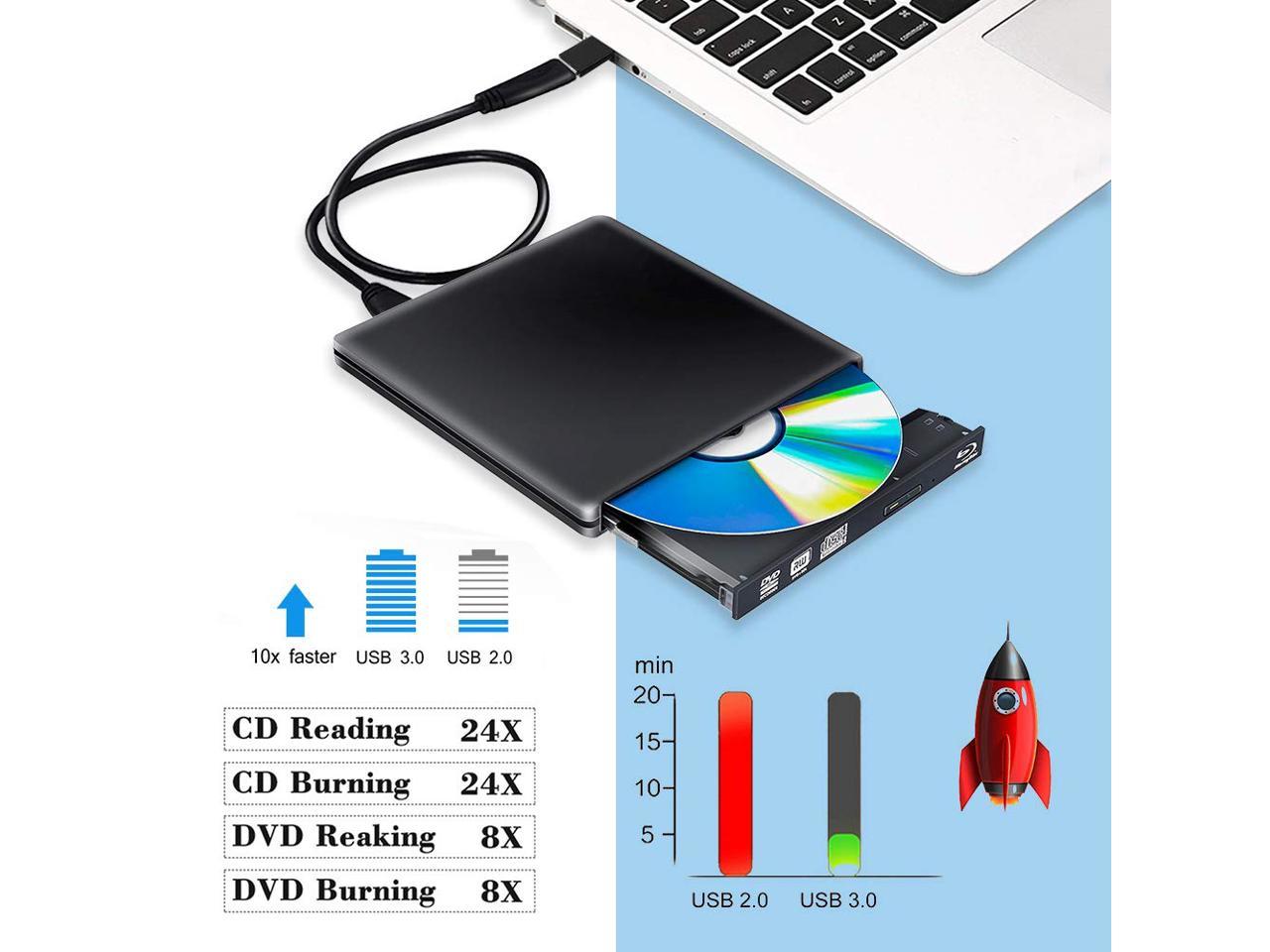 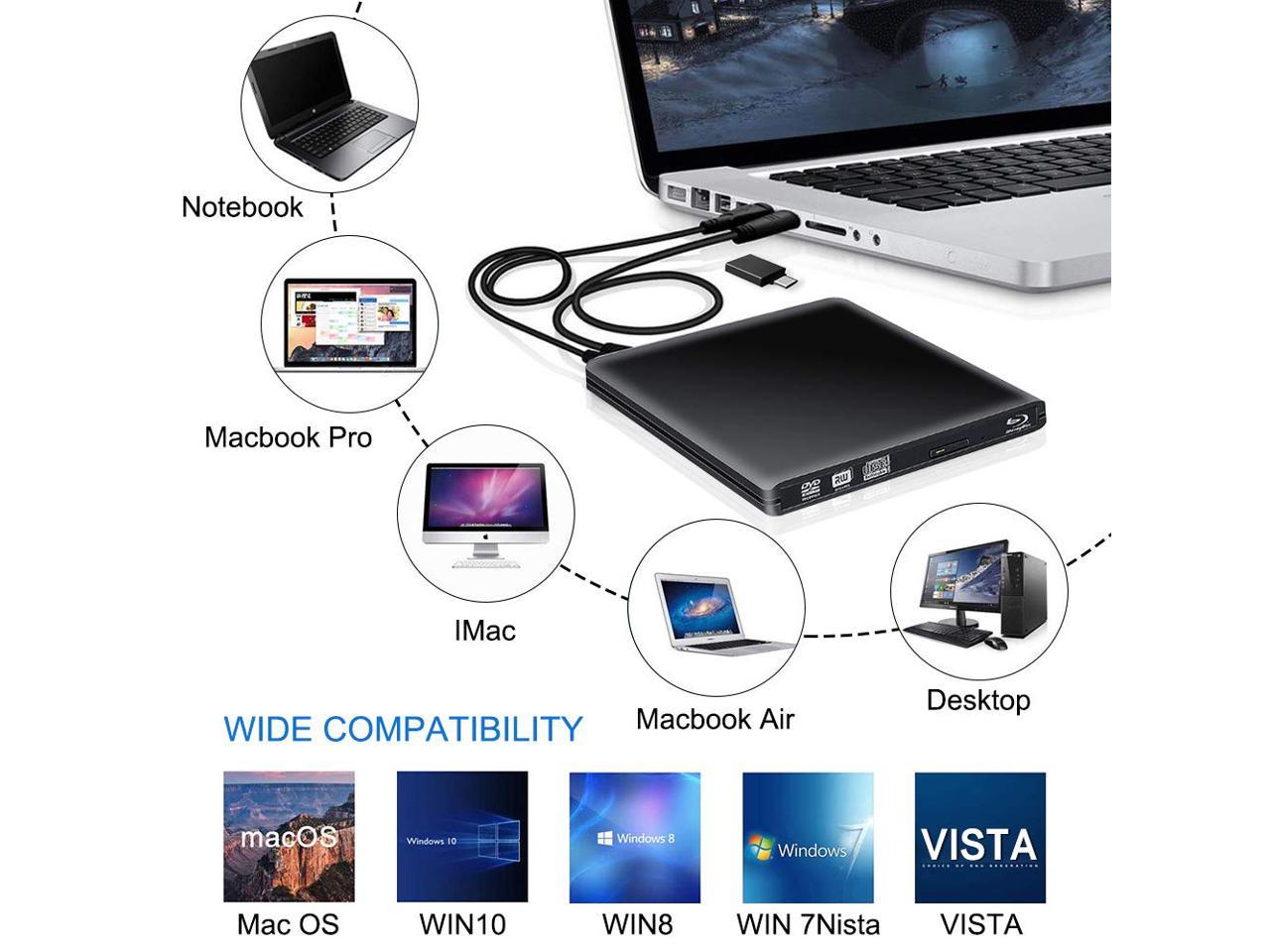 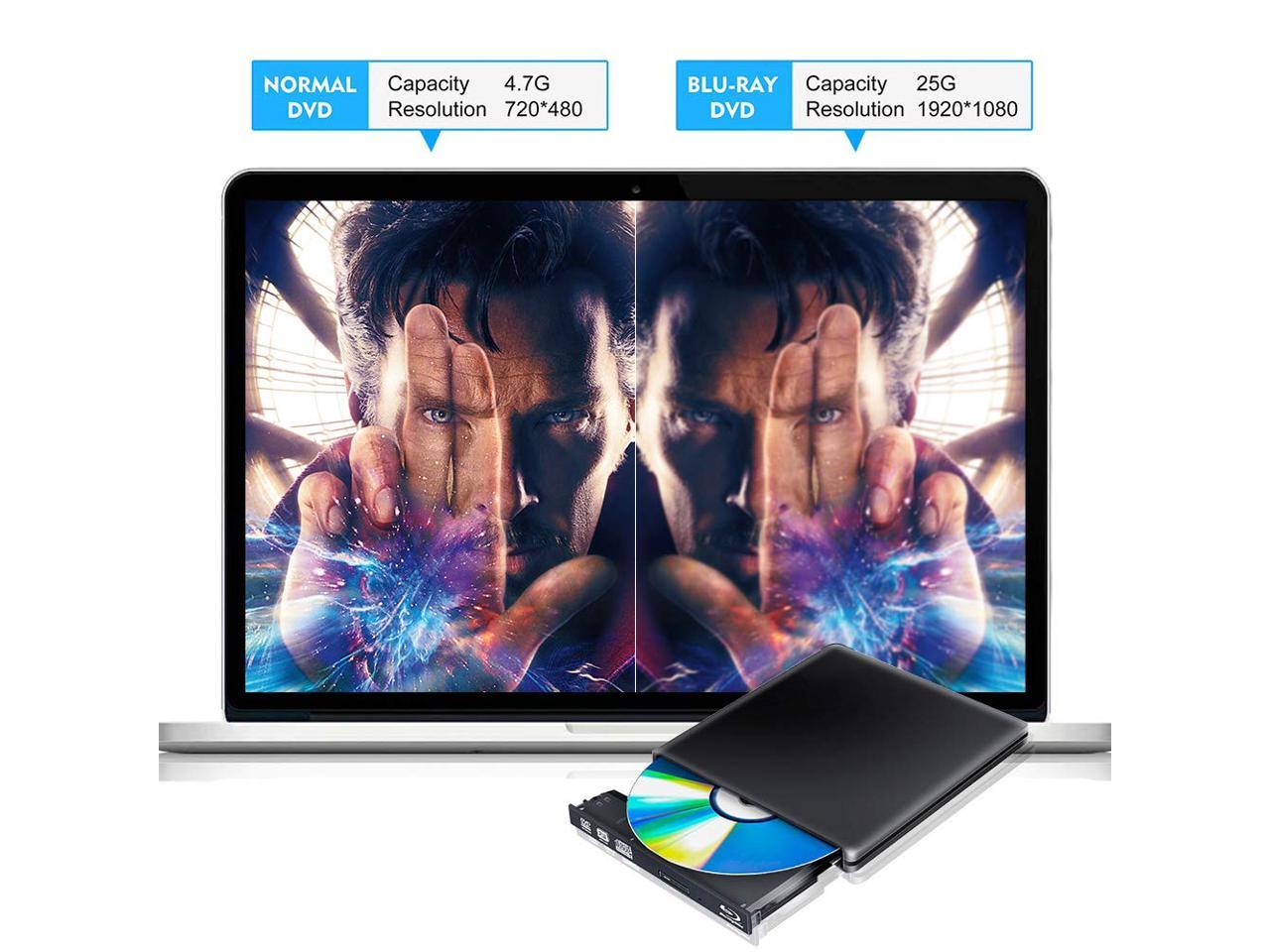 * Hardware testing: Your computer or notebook need satisfy following requirements: Download Testing Software [Cyberlink BD&3D Advisor],install it on your computer, start to perform testing,it will tell you a result if your computer support playing blu ray or 3D

*According to testing result, you can replace your unqualified hardware. Or if it will show all [ passed ] when you plug with our blu ray drive,you only need pre-install professional blu ray player

*The Blu Ray dvd drive read CD discs at up to 24x, DVD disc at up to 8x, and Blu-Ray disc at up to 6x. The external Blu-ray Reader supports 8.5G 4.7G 700M Normal CD DVD burning capabilities. Why Choose This External Blu-ray Drives?

Due to lower voltage condition of some laptops, please try it with the usb port from the motherboard. High Speed Transmission: USB3.0 Connector cables,Support Maximum burn speeds of 6x for 8x for DVD-R/+R and 24x for CD-R, maximum read speeds of 6x for BD-R, 8x for DVD-R/+R and 24x for CD-R.
Aluminum Portable Design: External Blu-ray drive comes with an eject button on the front, a stylish indicator light and Aluminum alloy shell, Rugged,refined and Organized!
Bluray Player: The Blu Ray Drive can write dvd/cd discs. It read CD discs up to 24x, DVD disc up to 8x, and Blu-Ray disc up to 6x. the Mac and Desktop with Laptop compatible Blu-ray drive can read/burner DVDs, CDs and 3D Blu-ray discs.
Easy to USE: No need to install drive programs. just plug the Blu-ray drive into your computer USB interface, it will recognize and play DVD CD Disc . if you need read Blu-ray or Burner BD/DVD/CD Disc, need install Software.[Free Basic software included]