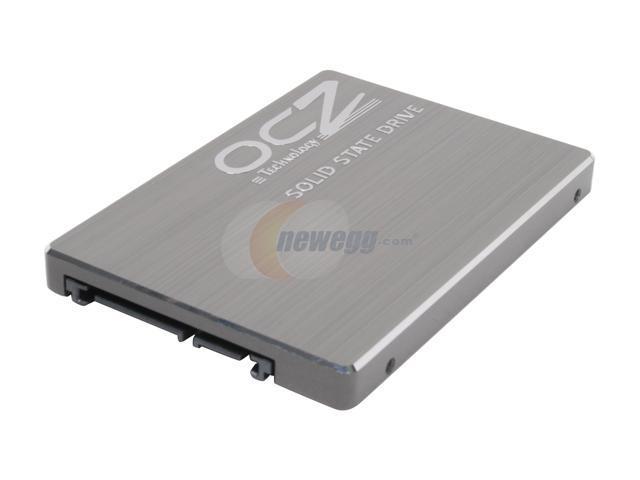 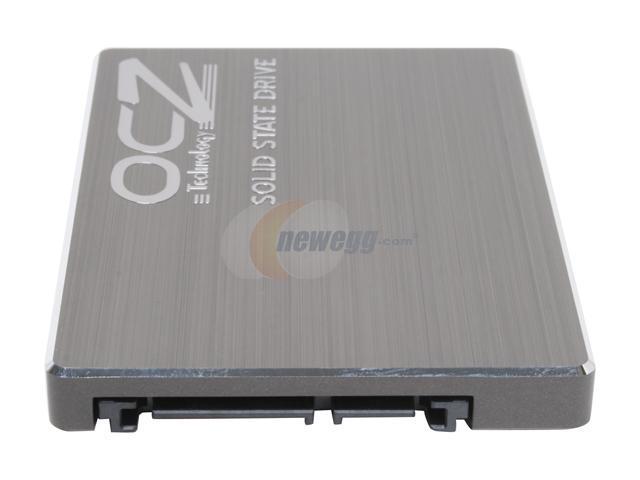 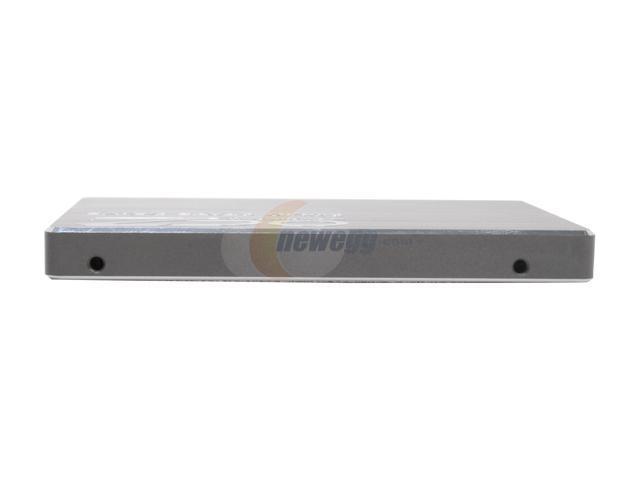 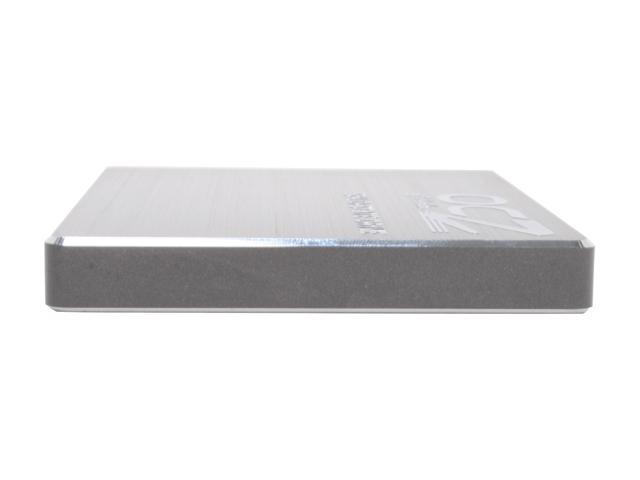 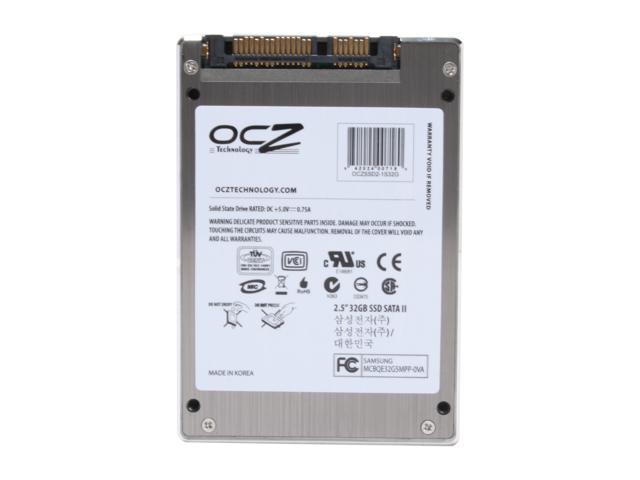 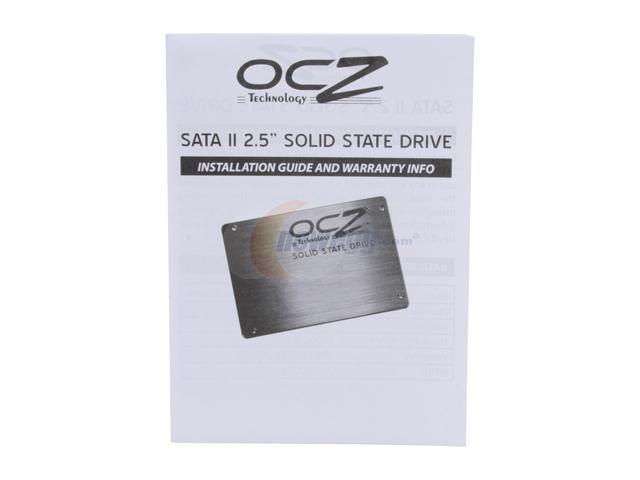 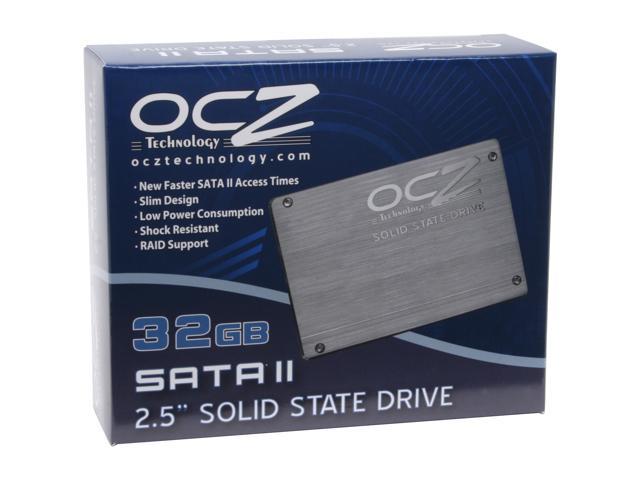 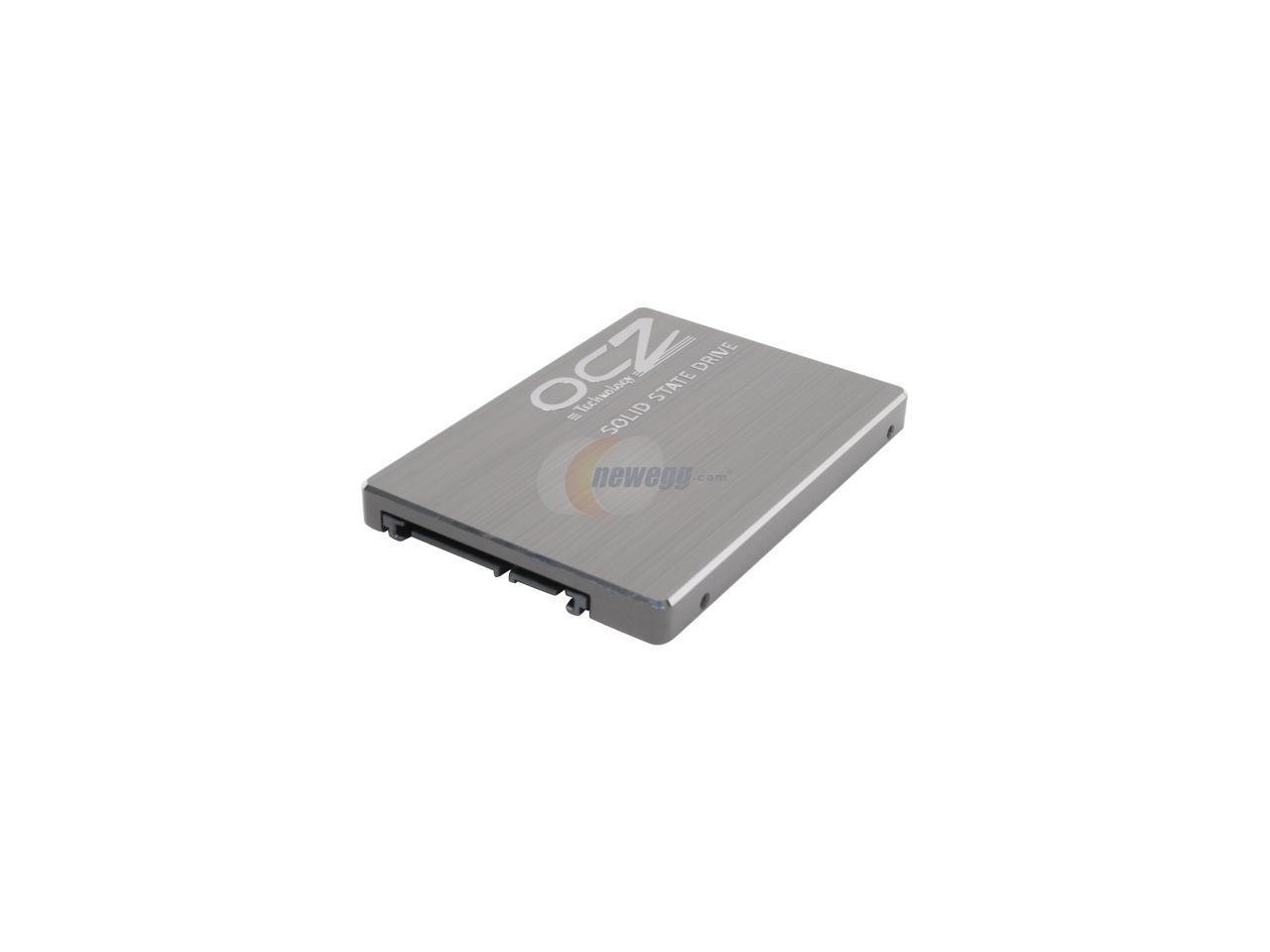 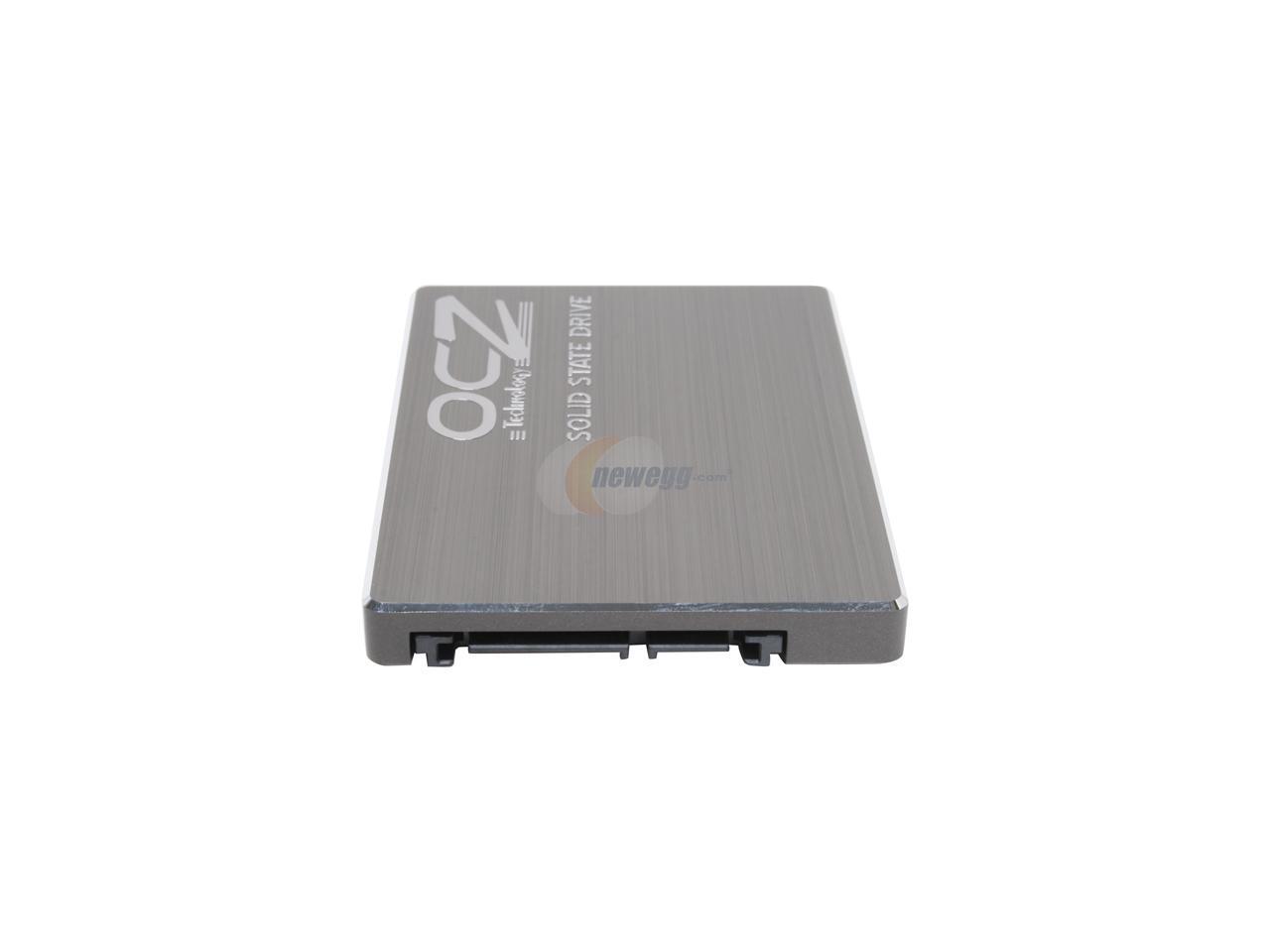 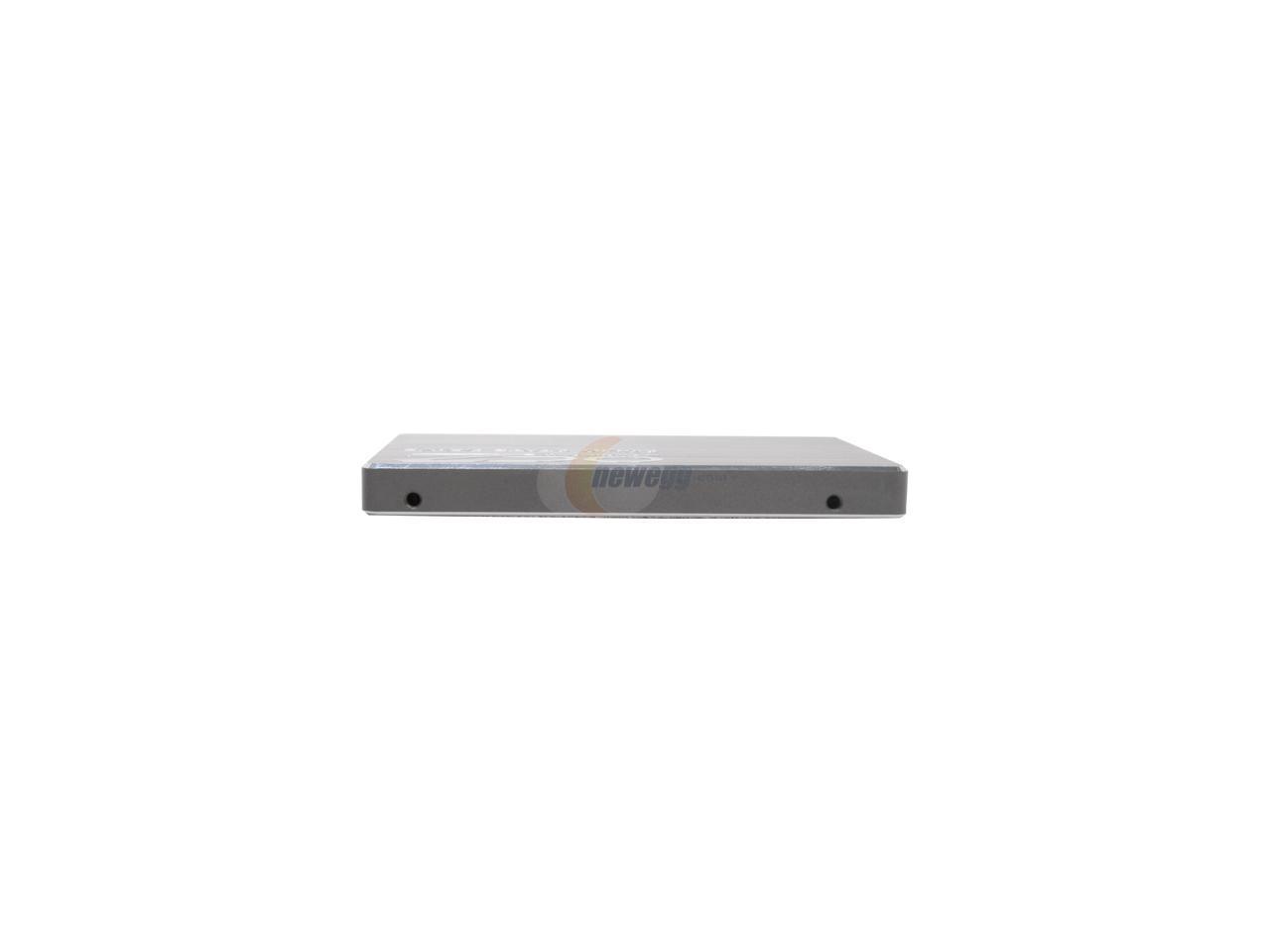 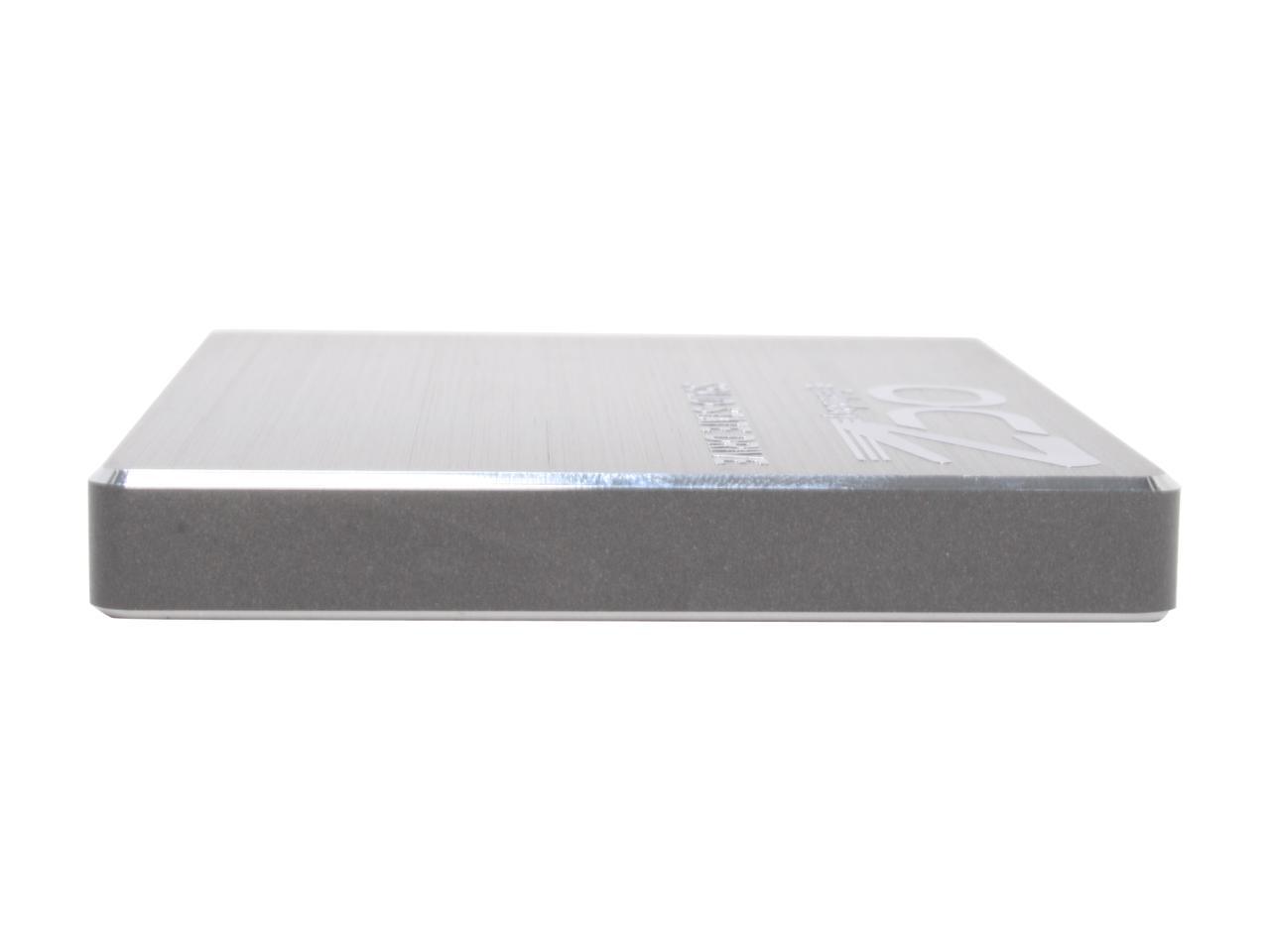 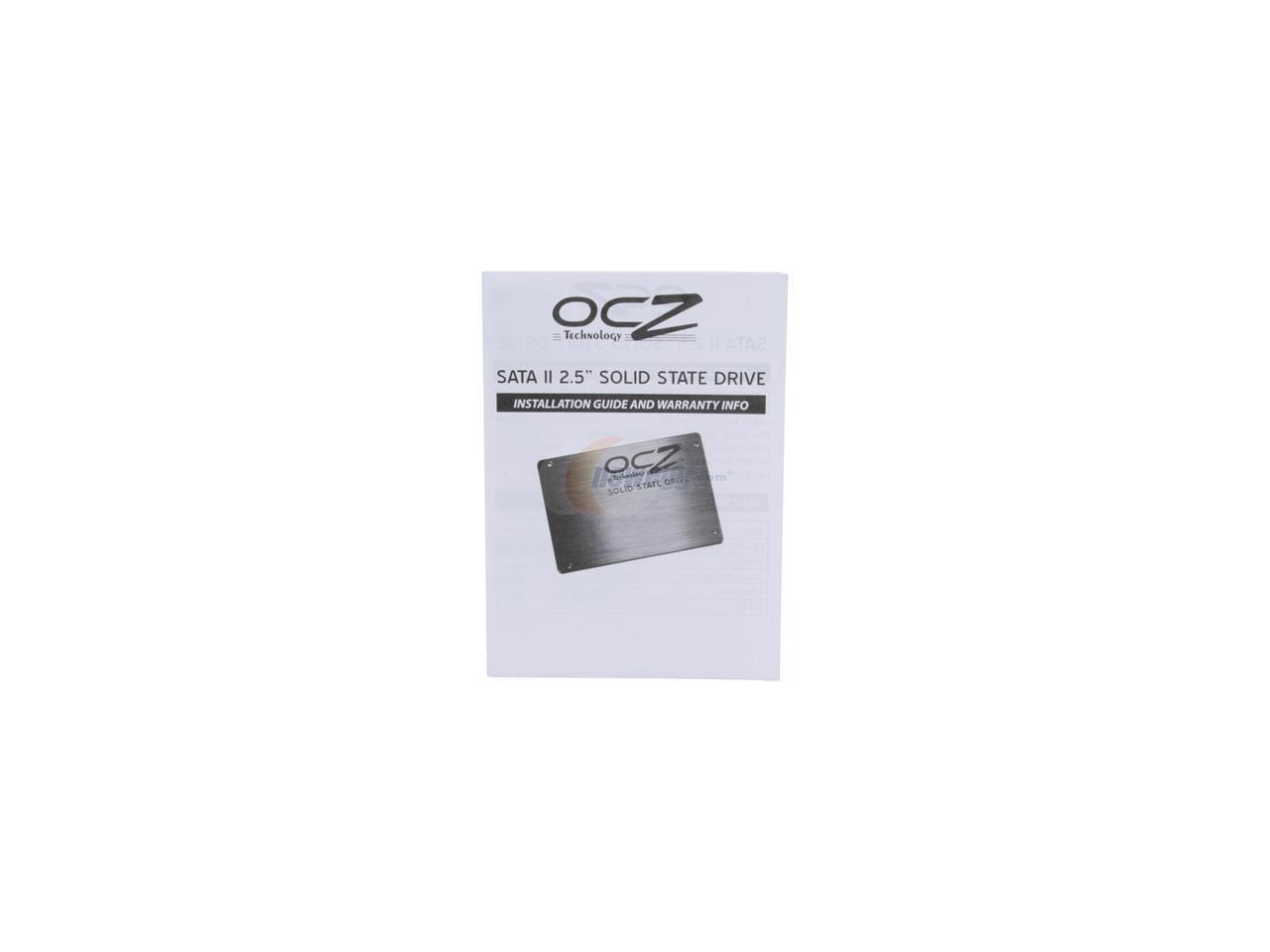 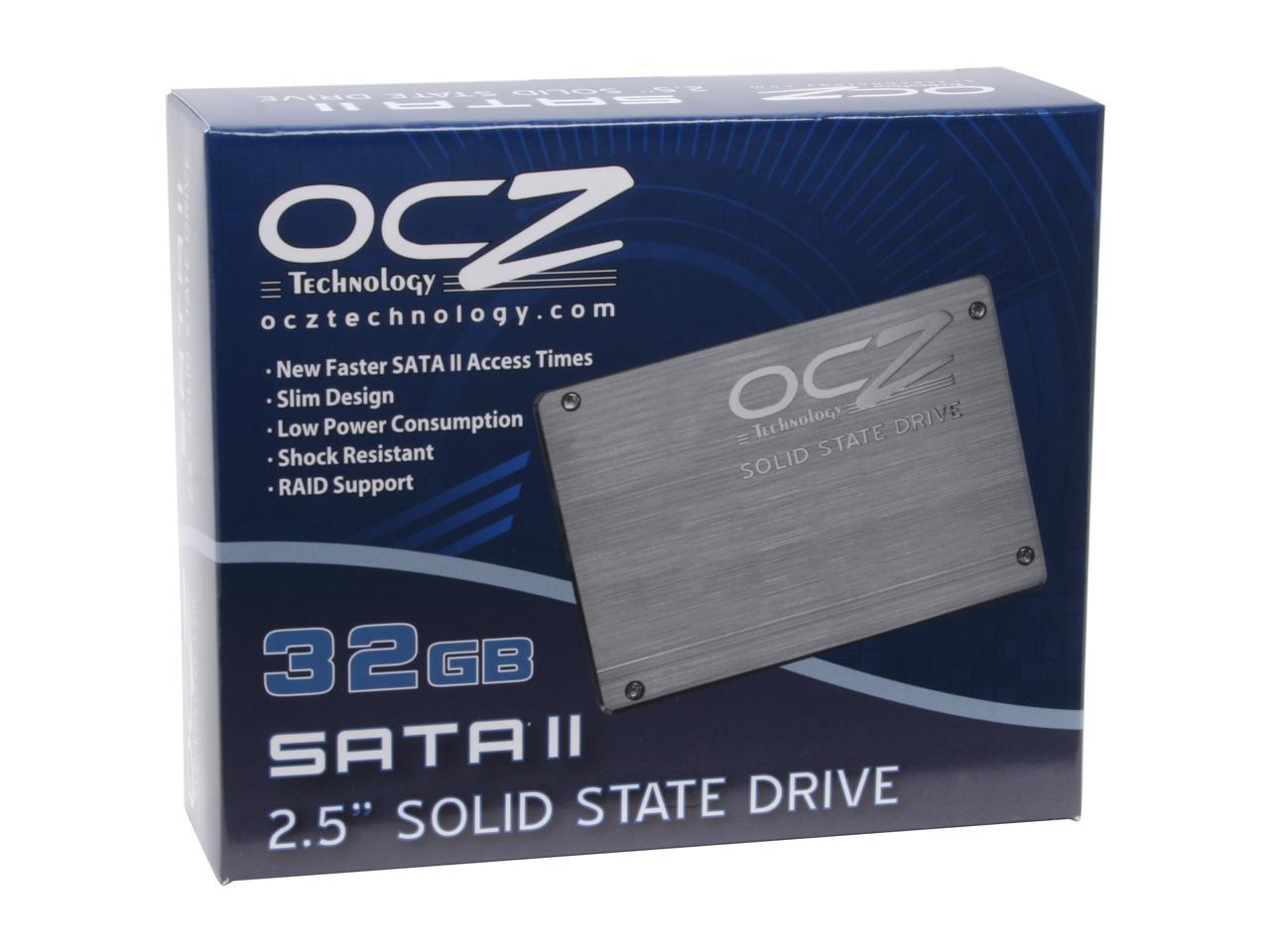 (20) Write a Review
OUT OF STOCK.
Fees for brokerage and duty included in price.
Overview
Specs
Reviews
It's not often that even our products rate 5.0 from 100% of our reviewers, but as of this writing, twelve own it and twelve love it. There's a variety of reasons why you might want to buy a solid state hard drive, and this one pretty much meets them all.
It's tough (1500 Gs shock rating; an airplane's "black box" is rated at 3400 Gs). It supports RAID operations. It uses less power than a conventional hard drive, so it also generates less heat. It's SILENT. It uses the 2.5 inch form factor and SATA II, so installation is just like any other hard drive. It's reliable: two million hours mean time between failures (MTBF). Put your information on this 32 GB drive and it will probably out live you.
Only you know what you actually need, but for laptops or other rugged environments, this one is hard to beat. So look into it and let us know what you decide.

Pros: Well worth the money! I have upgraded many systems but this is the first time I've upgraded a new top of the line system with such amazing results. I've got an Alienware M7950 with core 2 duo, 4Gigs of ram, and an nvidia 9750GTX graphics card. I had two 100Gig 7200Rpm in raid 0 and expected a slight performance increase. What I got was a huge increase in speed and performance. My already fast gaming laptop feels like a whole new computer. Only 40 seconds for windows to load and instant action when the mouse button is clicked.

Cons: Wish it had more capacity but it's really not that big of a deal.

Overall Review: I bought two USB external enclosures for the two 100Gig hard drives I took out. I can now put all my music and movies on the externals. Although I've had nothing but trouble with Alienware support, the OCZ SSD's have performed flawlessly!

Cons: Cost. Only seems slightly faster than my raptor in terms of startup speed and overall performance. May not be worth premium just yet.

Overall Review: Previously had a pair of WD Raptor 150MB in Raid 0. I've had 3 Raptor drives fail on me in the last year. The last 2 within 2 months of each other. Hopefully these will hold up better. Vista feels slightly faster, crispness to the UI movement even under heavy load. When Vista decides to freeze everything, only does so for 1 sec, vs 5-20sec i had previously as the HDs thrashed away.

Pros: I put 2 of these in Raid to help bump up the speed, these things are FAST. A fully loaded WinXP System with MS Office Small Business, QuickBooks, Acrobat, Photoshop, and WorldShip boots in about 15 seconds (after the mobo goes through its thing). I cannot recomend enough. While price is a little high, the system has been flawless and silent. Replaced our RAID accounting system at work, now it is screaming fast with no waiting on anything you try to do. We are now replacing all hd system with ssd.

Overall Review: If your thinking about it...you will not regret it. Blows away most mechanical solutions that are realistically available to the consumer...and need I say Reliability?

Pros: This is a fast 32GB HD! It beats my old RaptorX any day. It does not generate any heat at all! No noise and hardly use any power! Very light in weight! No problem to set this in RAID 0 configuration. What else can you ask??? Probably more space.

Overall Review: I owned a previous generation of 32GB SSD on my Sony VAIO. It was not as fast as expected. This OCZ drive changed my mind about SSD completely. Its fast! Really fast compared to RaptorX. Now bought another RaptorX and paired up my old RaptorX drive and RAID 0 on the server then put it in the closet and don't have to hear from it again! It is quiet for a change in my room.

Pros: The performance is outstanding. I don't really see the point of measuring read/write speed using fancy benchmarking programs. I just want to have my computer to be fast enough for me to be productive. When I replaced my stock laptop drive with this, (cloned the system using ghost) - I was shocked by the performance improvement. To say that the laptop is "snappier" is an insult: it responds almost immediately - defrag took only 5 mins on a heavily fragmented filesystem; it boots too fast to believe; hibernation is a matter of seconds; and, most importantly, the lazy Office 2007 applications work like on steroids. I'm a technical person with experience in performance computing, and the frustration I always felt when the laptop was lagging heavily behind my mouseclicks is now gone.

Cons: None. I don't consider price to be too high for such an improvement.

Overall Review: I have a Thinkpad X60S laptop. The performance was abysmal, despite of the fact that it had 2GB RAM (XP SP2). Hard drive was the obvious bottleneck, and the more data I saved there, the more fragmented the FS became, the slower it responded. It came to a point when Outlook 2007 took several minutes to load (I have about 4GB of email content). Each email took 10-15 secs to open. Boot took forever, programs got stuck after being idle for too long (flushed to paging file, and too slow to load back into memory when invoked). I cloned the exact same fragmented, error-ridden, overweight filesystem to this drive - and it feels now as if I am working on a high-end gaming rig!

Pros: Fastest SSD available on Newegg using "normal" comparison methods, like doing a virus scan of all files on your computer.

Cons: This SSD will "get it done" before you can see what's happening.

Overall Review: I have tested this SSD against the best (highest priced) SSD available here on Newegg, and this SSD beats it in speed by a small amount. But this SSD is less than half the price. Also, this SSD tests as a SLC type, with the chips made by a well known manufacturer. My BIOS identifies the manufacturer, ie; this SSD is rebranded.

Pros: I was very leary to spend the $$ to get this drive at first, but I really wanted to see how fast a SSD would be. SO, i got a new Dell 1420 from work and thought... "What better test then to see what it does for a Dell?" Well, what it did was turn a Dell 1420 into one of the fastest computers I own loading applications and overall perceived Vista performance. (Runs fast as all hell... 5.9 Disk Rating... hilarious!) Never really knew just how much of a difference disk would make.... seriously stunned.

Cons: Only con is that I can't buy like 3 more for the rest of my computers. ;-) No cons whatsoever. Someone mentioned the raised lettering, but had no isses on it. Chimp Simple.

Overall Review: DO IT!You know you want to... so DO IT! That way the cost per drive gets driven down and the price will go down. DO IT! It is SOOOO worth it.

Pros: Drive significantly increases startup time and program loading. Using Vista 64 with 4gb of ram and e6000@3.3ghz Startup time was cut in half. 15s from power-on to reach vista logo, 35 to reach desktop, and total of 45s for all startup programs to be loaded. This previously took around 1.5 to 2minutes. Most Adobe programs open in under 5 seconds but prefetch could be helping somewhat. Using a computer for a living you can't afford your operating system drive crashing on you in the middle of projects which was currently happening to me. One of these will probably outlive a human by a few decades whereas I've had a raptor that died two times in 3 years.

Cons: Expensive for the size but it is a cutting edge piece of machinery. Have to use other drives for installing games and media but not such a bad thing if you have more drives. HD Tach says average read is 95mb/s. Good but not quite 100. Don't have the version that tests write speeds but installations seem to go about same speed as regular drive.

Overall Review: I put all my usual startup programs (winamp, avast antivirus, extensis suitcase, aim, objectdock, rainlendar) on this drive along with full Adobe CS3 Design edition with 5gb set for page file and have 5gb remaining of free space. Everything else is low priority and on my regular 800gb of storage. Drive is barely larger than an Ipod and about same weight.

24 out of 29 people found this review helpful. Did you?