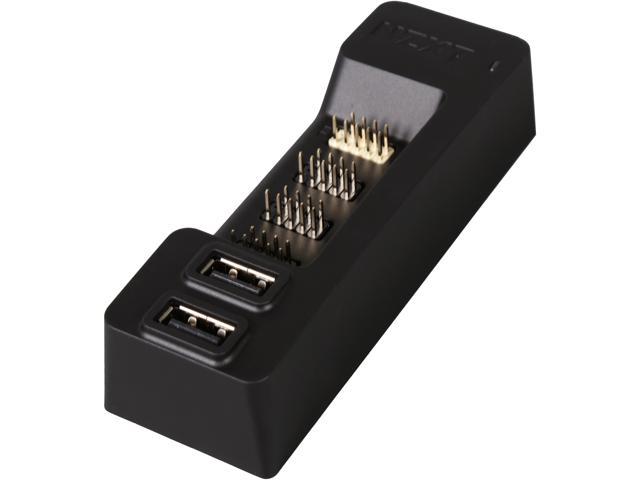 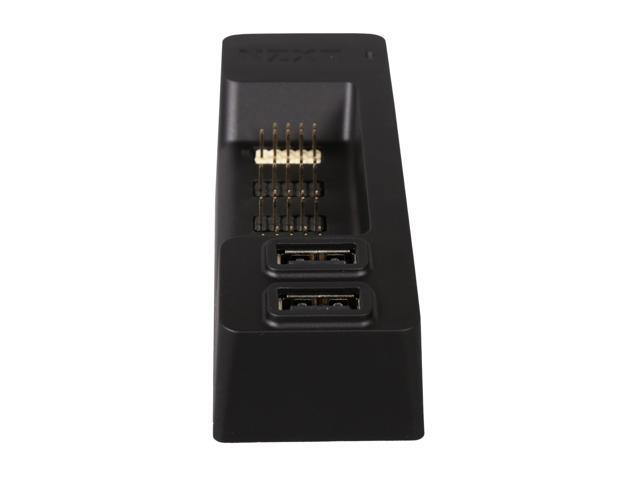 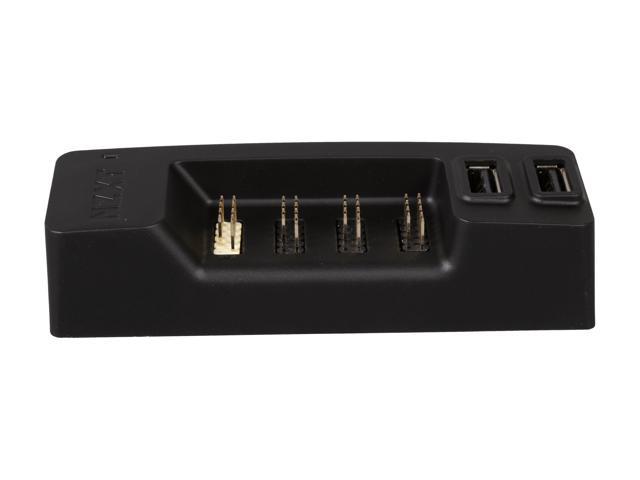 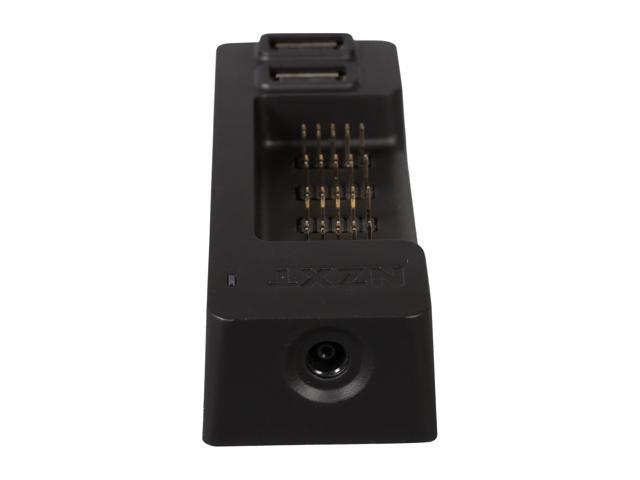 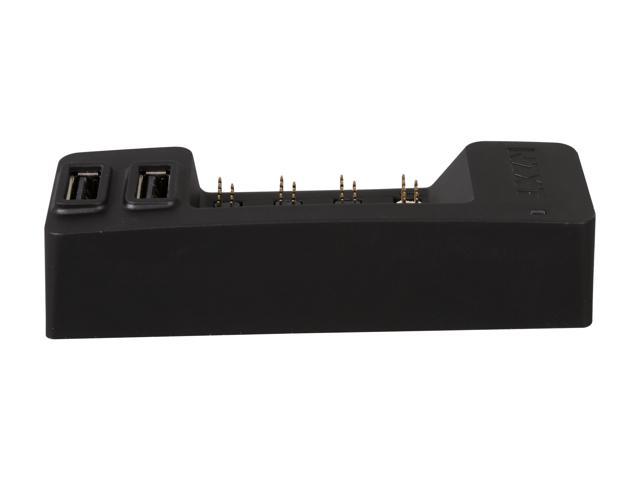 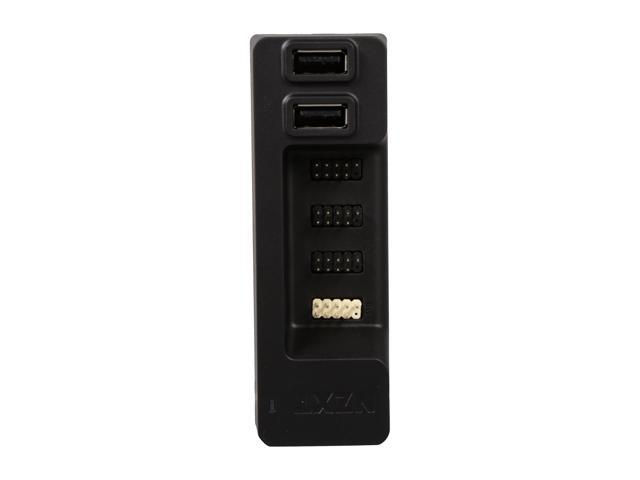 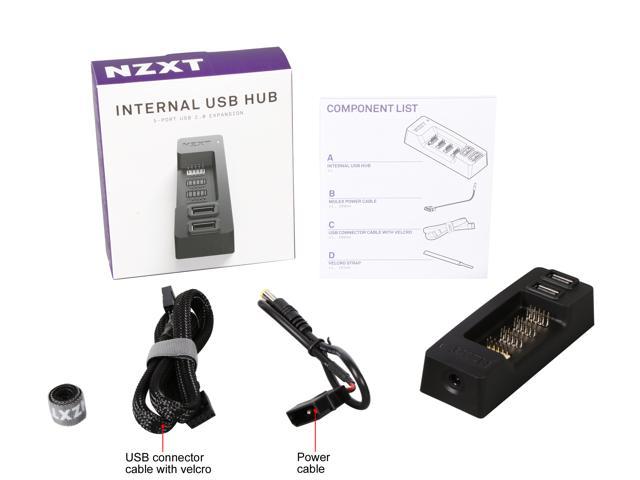 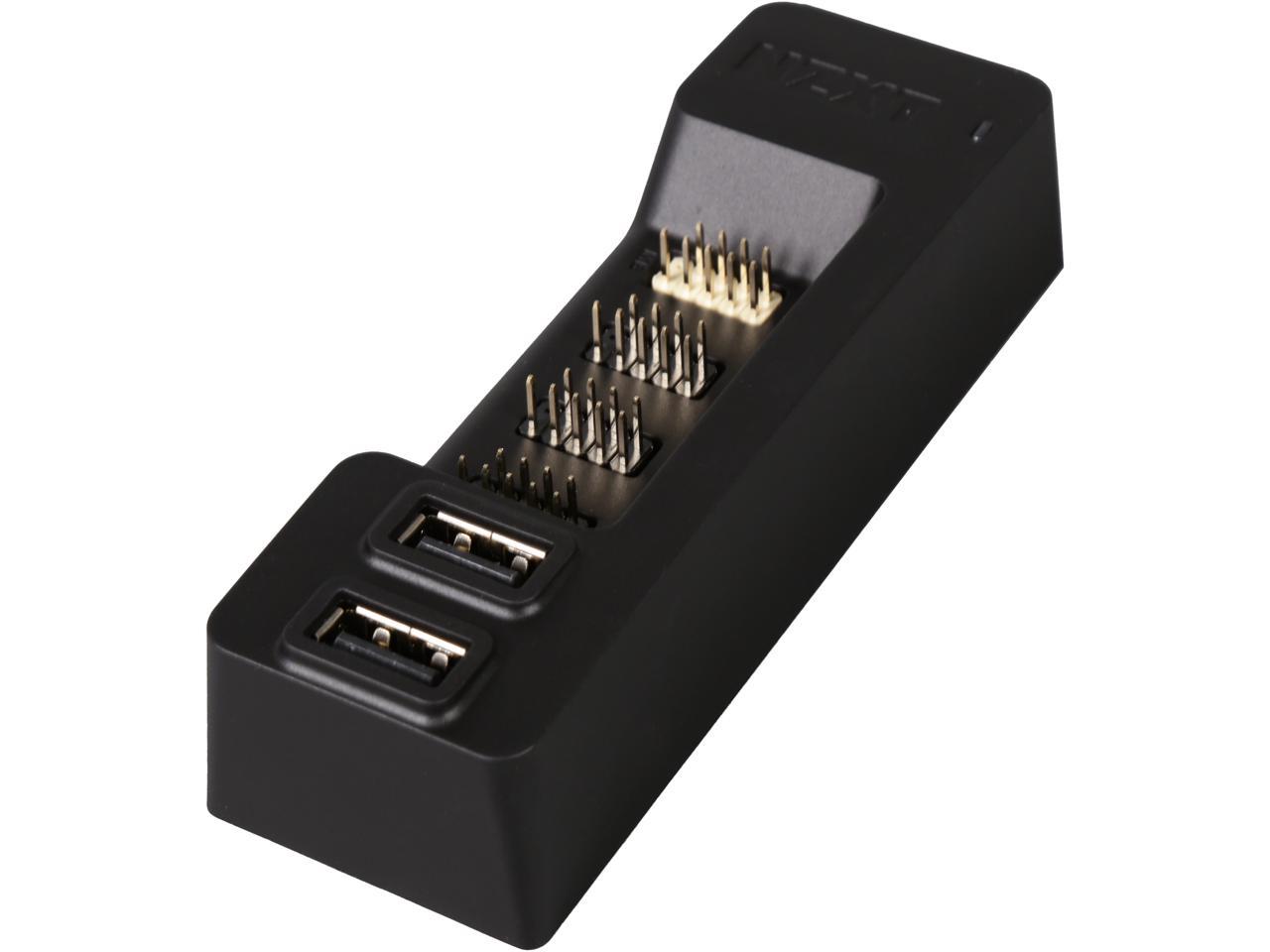 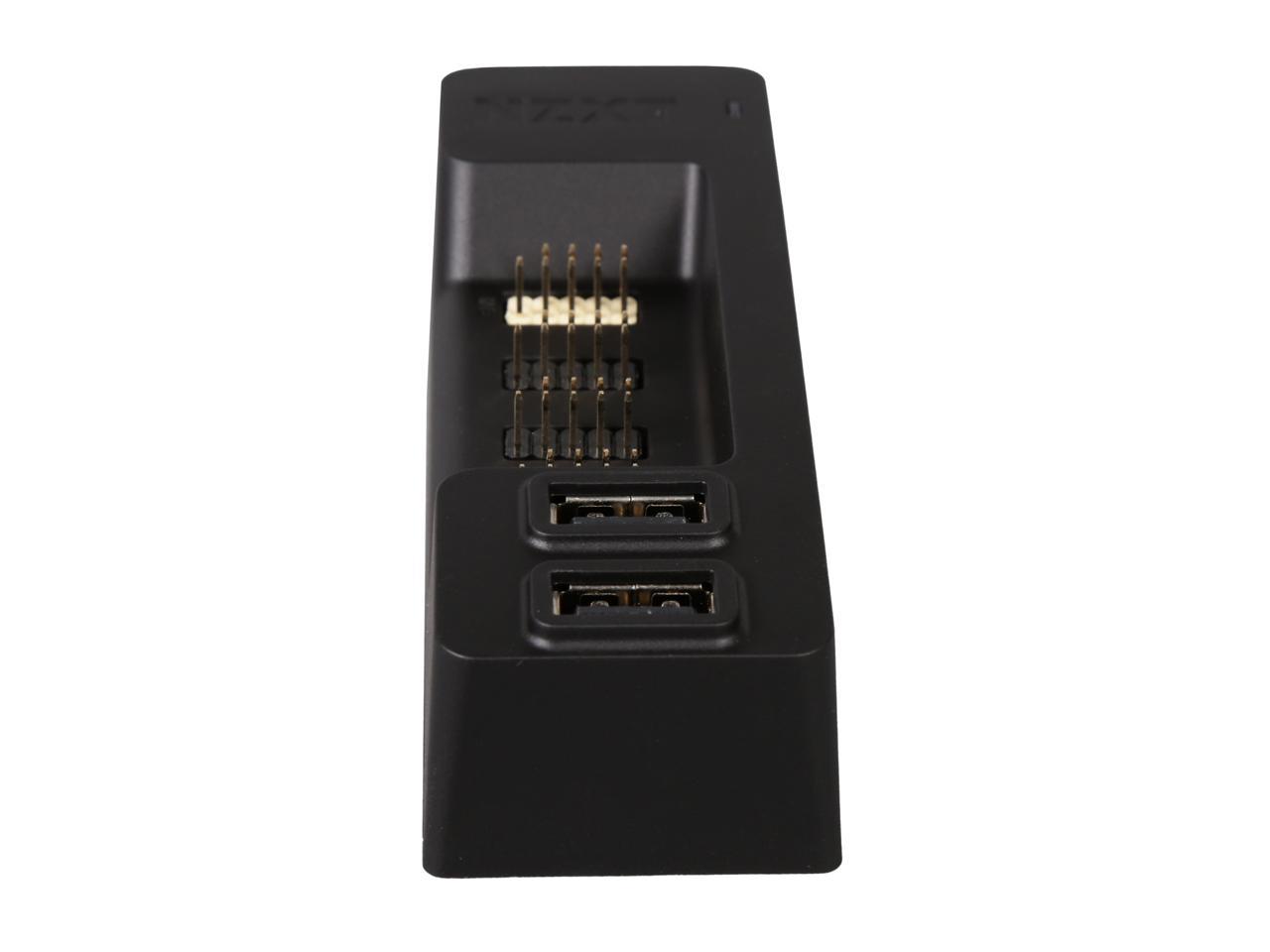 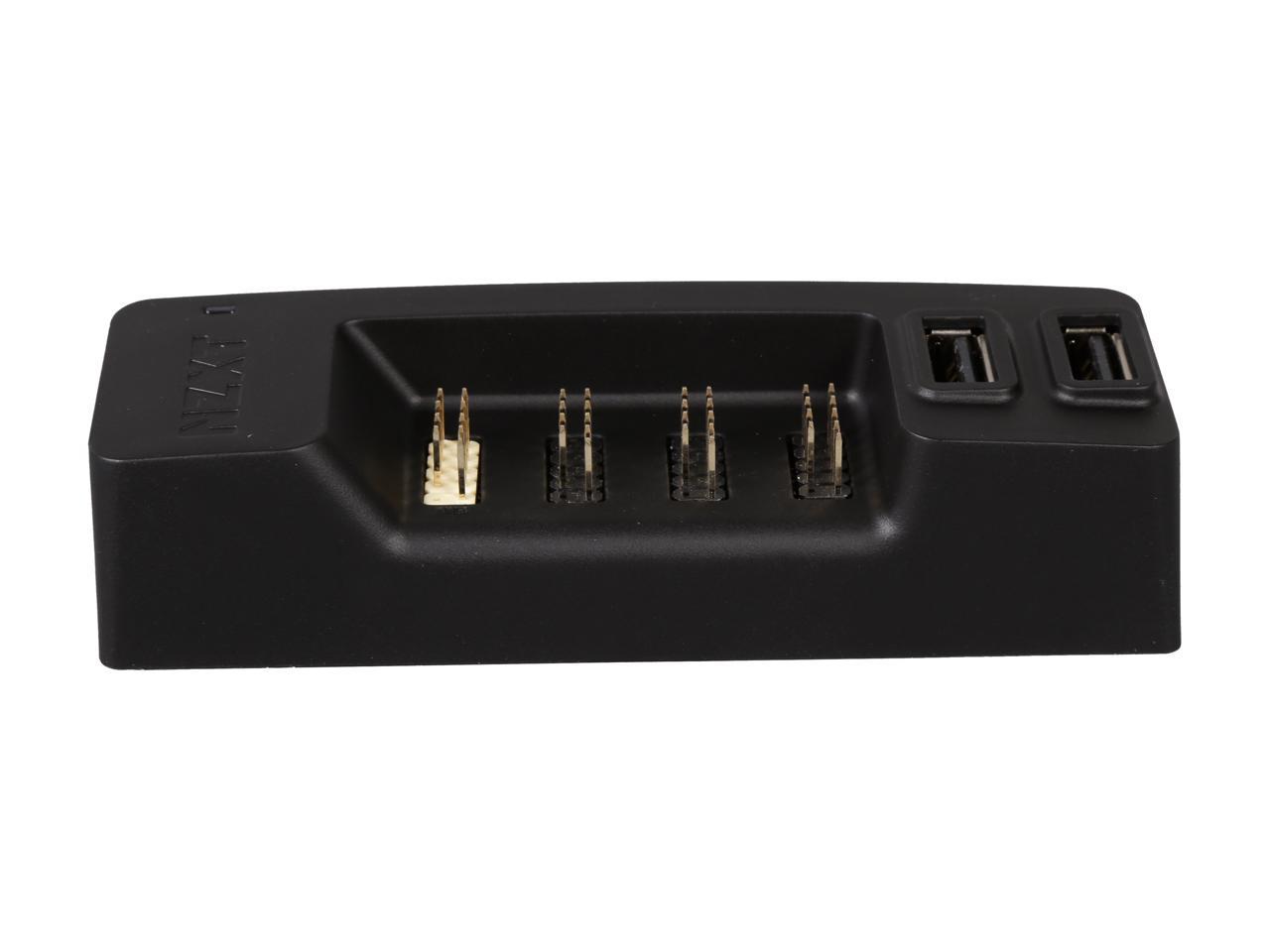 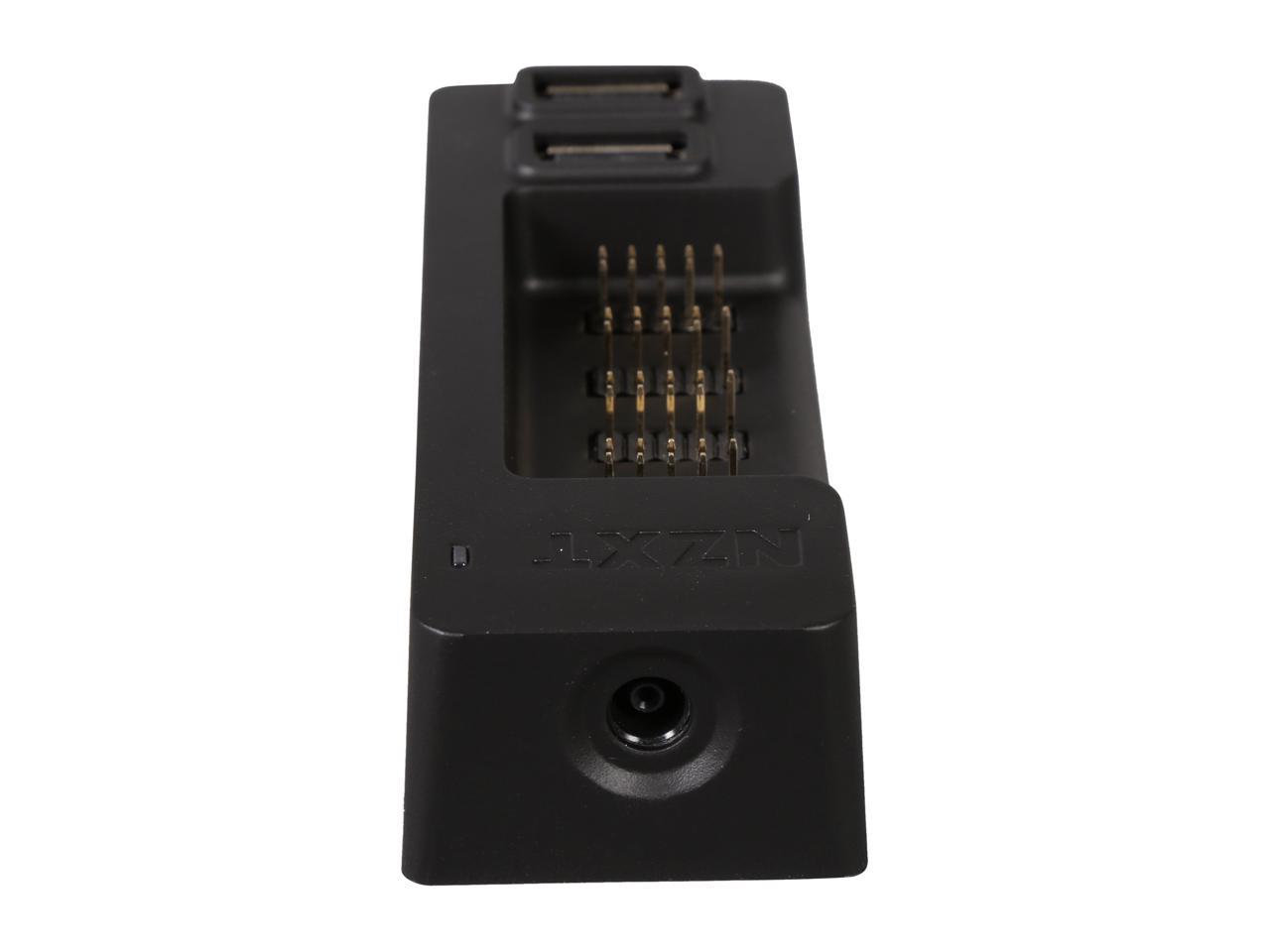 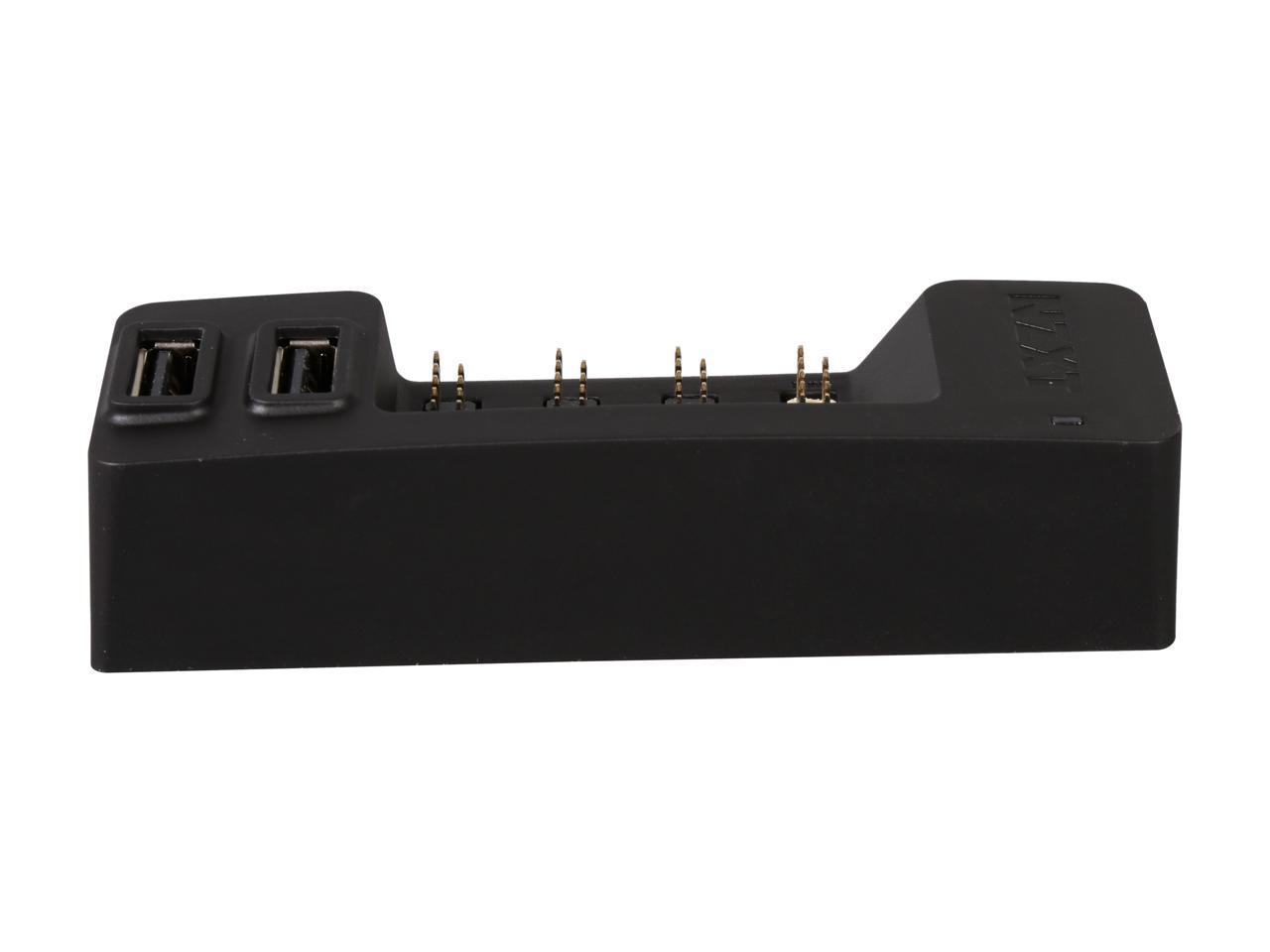 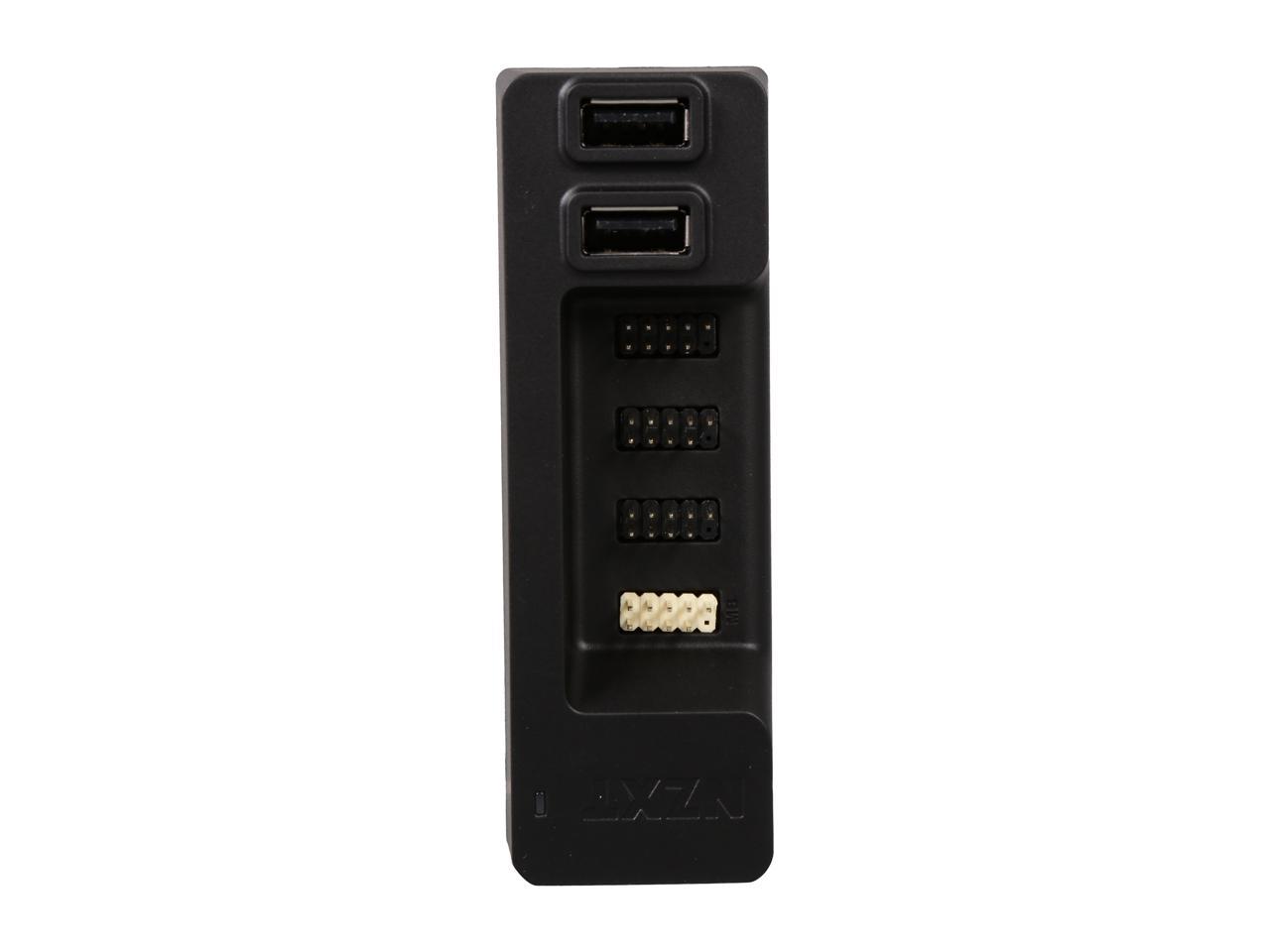 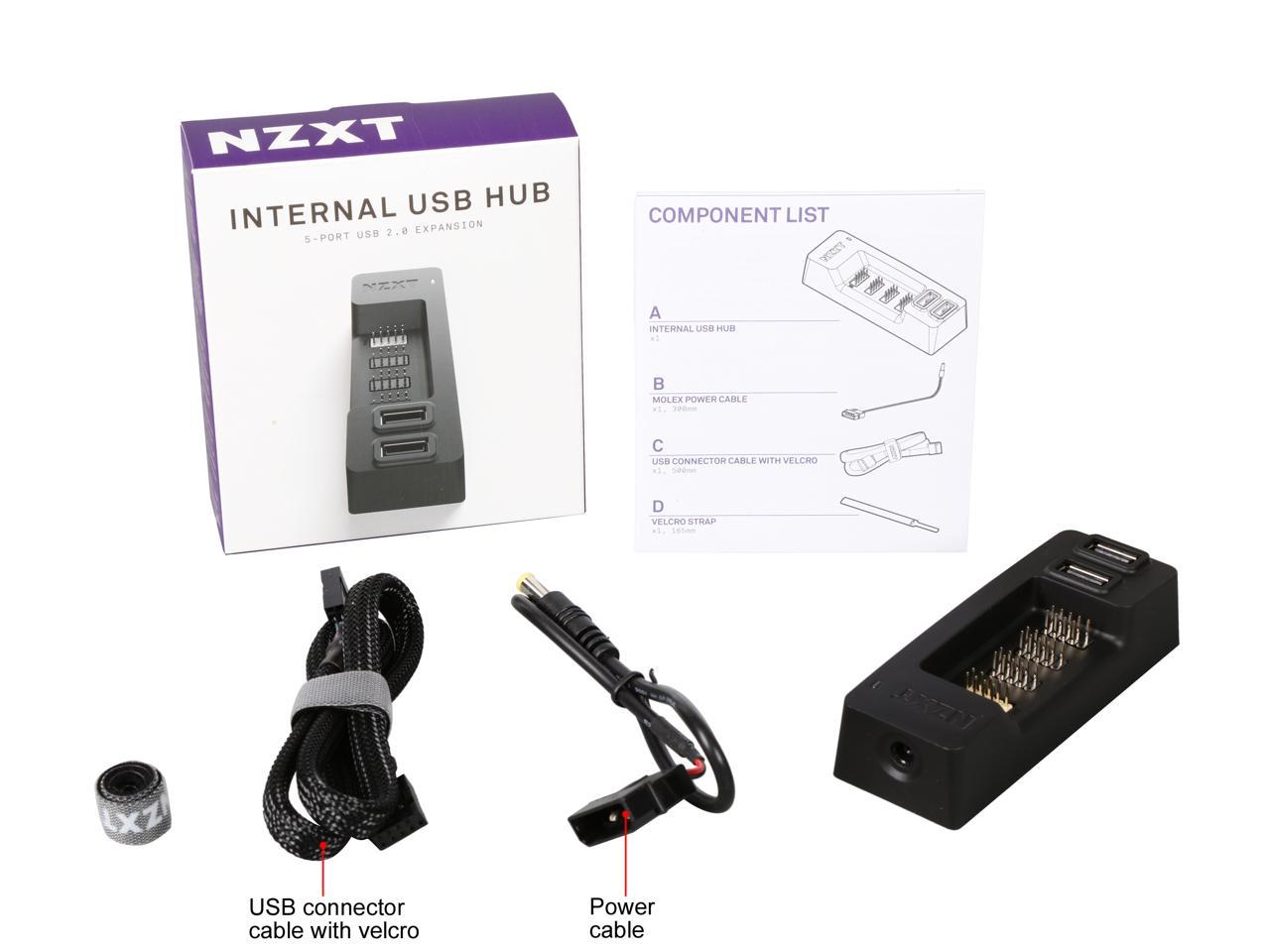 With two USB-A ports and three sets of USB headers, this gadget is designed for internally connected devices like the latest all-in-one liquid coolers, fan controllers, and lighting accessories. It features Molex LP4 connector for power, and interfaces with your motherboard through USB headers (cable included). For easy installation, this gadget features a magnetic body and includes a velcro strap to be tucked away where you like it to be.

Never run out of USB ports. The Internal USB Hub brings connectivity to your system allowing you to add more devices and eliminate your system’s handicap.

NO DEVICE LEFT BEHIND

Tested and guaranteed to work with CAM Powered devices, including Kraken and RGB Lighting & Fan Control, the Internal USB Hub ensures you have ample ports needed to get all your devices up and running.

Magnetic body and cable management straps provide a quick and easy installation. Just tuck the Internal USB Hub into a suitable location, connect all your peripherals, and wind the cables up with the included straps.

Learn more about the NZXT AC-IUSBH-M1

Overall Review: I found this to be exactly what I needed. My new motherboard only had a single USB 2.0 header, which I used for the Corsair Link cable of my AOI cooling system. I wanted to utilize my cases' front panel USB connectors and this filled the bill. I have a Rosewill Blackhawk Ultra case, so room was not an issue. Others have described the provided molex power connector as insufficient. They are correct. I would not consider it a real connector at all. The connector pins are very loose and seem to float and move freely within the housing , so you must be very careful when mating this connector with your system. I knew this after reading the reviews and decided to give it a chance anyway. I was very careful and diligent when mating the power connector and was rewarded with extra USB ports. It has been 3 days and I have not had any problems.

Pros: Cant speak for longevity yet but right now it is working great. Didn't have enough USB2.0 headers on my Maximus X board for all the accessories I am running. I like that this uses a magnet to simplify mounting in the case. Simple product really not much else to say

Cons: Used a Molex connector instead of SATA. Easily resolved with a adapter harness but.... why? Update: One of the pins on the molex connector came loose and pushed out the back of the clip. Luckily OutletPC is awesome and taking care of it for me but pretty disappointed something so simple broke.

Overall Review: If you need extra USB2.0 headers you cant go wrong with this hub in my opinion.

Pros: -it does what it's supposed to do

Cons: -i wish it was a little bit more compact and used SATA power input instead of molex. but i am willing to overlook these shortcomings -it should be cheaper.

Overall Review: lots of accessory brands LOVE making trinkets that take up USB headers on the motherboard but never provide a way to connect it all... at least not in a way that is reasonably priced or cross compatible with other brands (i'm looking at you corsair commander). my computer uses corsair ML RGB fans and an AX1600i PSU, 4 USB port PCI bracket, USB 2 ports at the front, memory card reader, etc. all these trinkets and no way to connect them all at the same time, UNTIL NOW! 2 of these boxes added 4 extra headers to my motherboard allowing me to connect everything i wanted to connect, and did it at much better price than the competition. thank you NZXT, from the bottom of my heart, for having the stones to make the accessories we all need but no one else dares to try to make, thereby fixing problems OTHER manufacturers create

Pros: - Really easy to set up - Small and compact enough to fit in my Lian Li PC-011 Dynamic - Really good option if you run out of USB headers on your motherboard - I only needed to use one USB header but I now have extra headers incase I need to upgrade in the future - What I was looking for and I'm satisfied

Cons: - Price was a bit too much but it's not an awful lot - No other cons other than price

Overall Review: Overall, good product if you've run out of USB headers on your motherboard. Really small and compact with plenty of USB headers. Price wasn't my liking but it was well worth the money! I am satisfied with my purchase.

Overall Review: Needed extra USB headers, used this as an alternative and worked great. No problems.

Pros: - Provides you with more internal USB headers - It's nice to put my wireless mouse receiver inside my case with the standard USB port - It looks sleek

Cons: - It uses molex power - The magnets aren't great - The cables are a bit rigid - It wasn't able to power everything when I had it fully loaded

Overall Review: I bought this to give me just one more USB header on my build. My Wireless NIC has a bluetooth receiving that requires internal USB, my PSU's monitoring system uses internal USB, and then my AIO uses the internal USB. I also thought it a good idea to use my mouse's wireless receiver with it to keep that inside the case, even though I never use my mouse wirelessly. The first thing that struck me as odd was the use of molex power. Nothing else in my system uses molex, so I have to attach that cable to my PSU just to power this device. I'm not sure why they didn't use SATA like most things have moved to these days. Next, the cables are incredibly rigid and hard to train. I had an idea of exactly where I wanted to put this hub but the lack of cooperation from the cables made that impossible. It's not the end of the world, but it made the bottom of my case a lot more cluttered than I'd like. Once I had it all installed in place, this is when my biggest and really only serious complaint happened. I had all three internal headers filled and one standard USB port filled and nothing connected to it was fully working. The bluetooth didn't work at all, the AIO wasn't fully communicating with the software and wasn't providing real temperature numbers to software, and the PSU had static numbers despite things being changed. I removed the AIO from the NZXT hub and plugged into the other free header on my motherboard and everything worked perfectly on next boot. It's a little frustrating that II couldn't just plug everything into it, but it isn't the end of the world. Now that it's working, it does what I bought it for so I can't complain too much. I just wish the build quality was better than it is, though. That seems to be modern NZXT, though.

Cons: Magnetic base week. Double sided tape would have been better