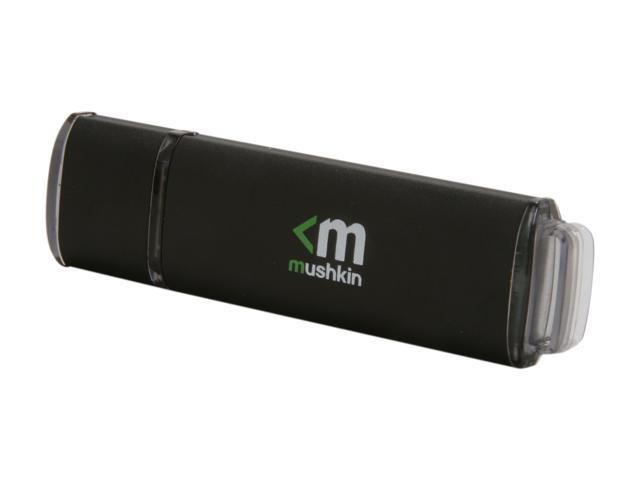 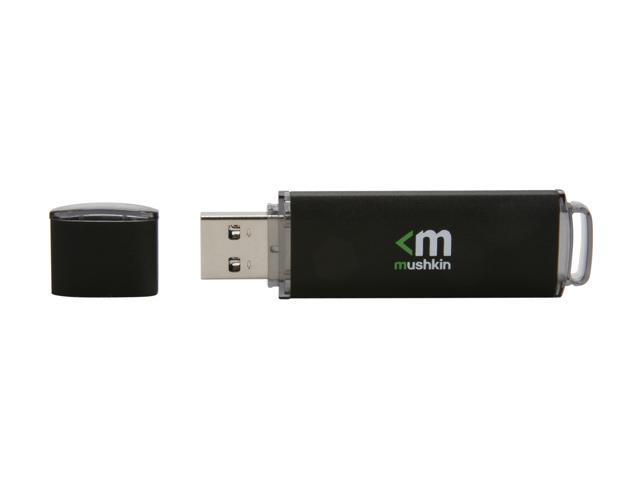 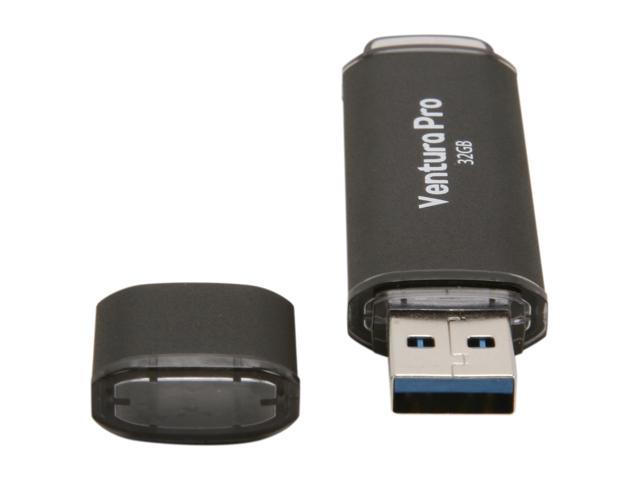 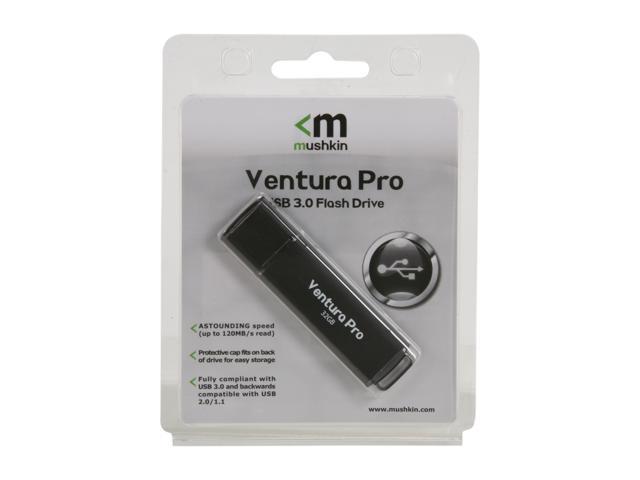 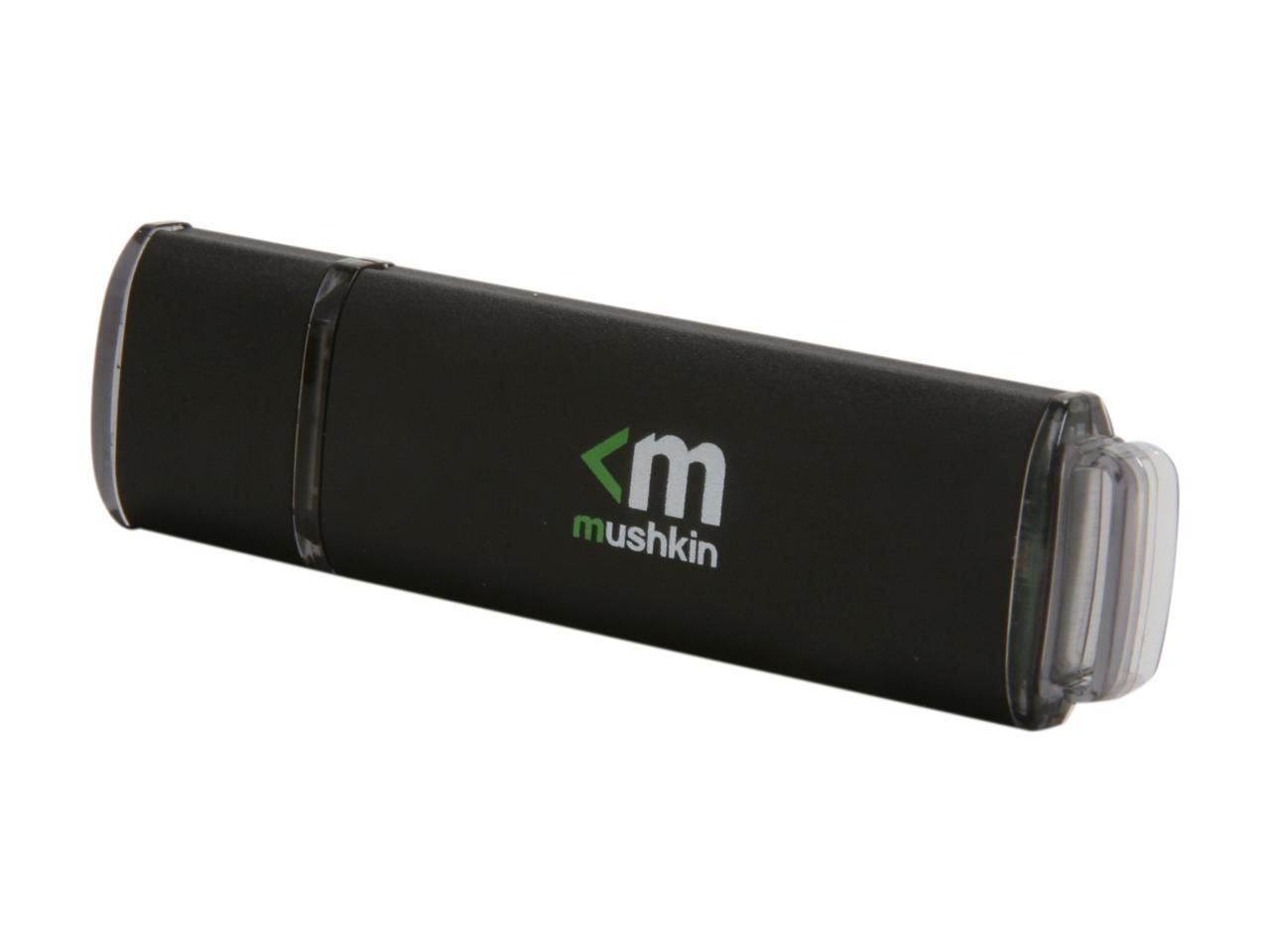 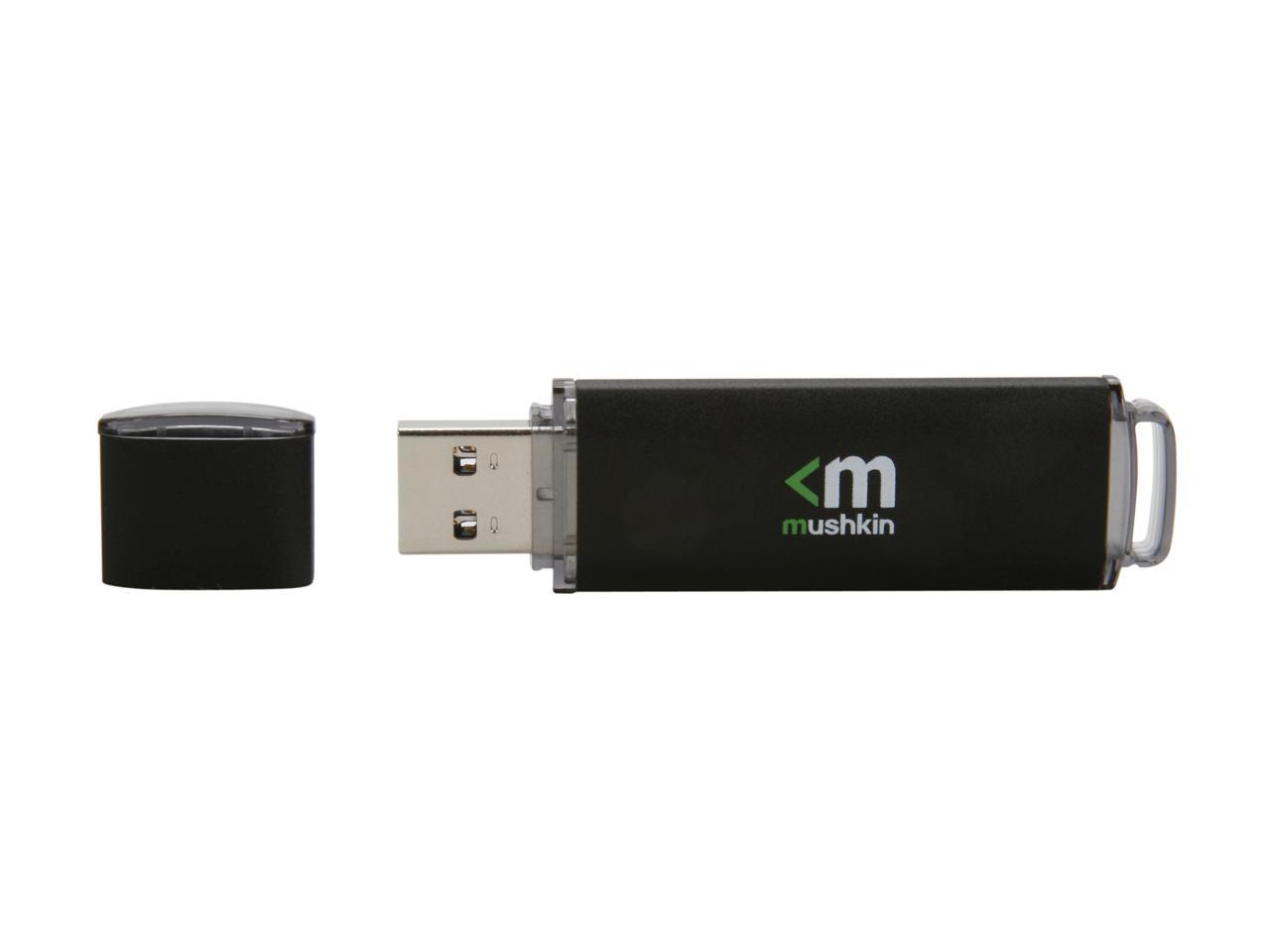 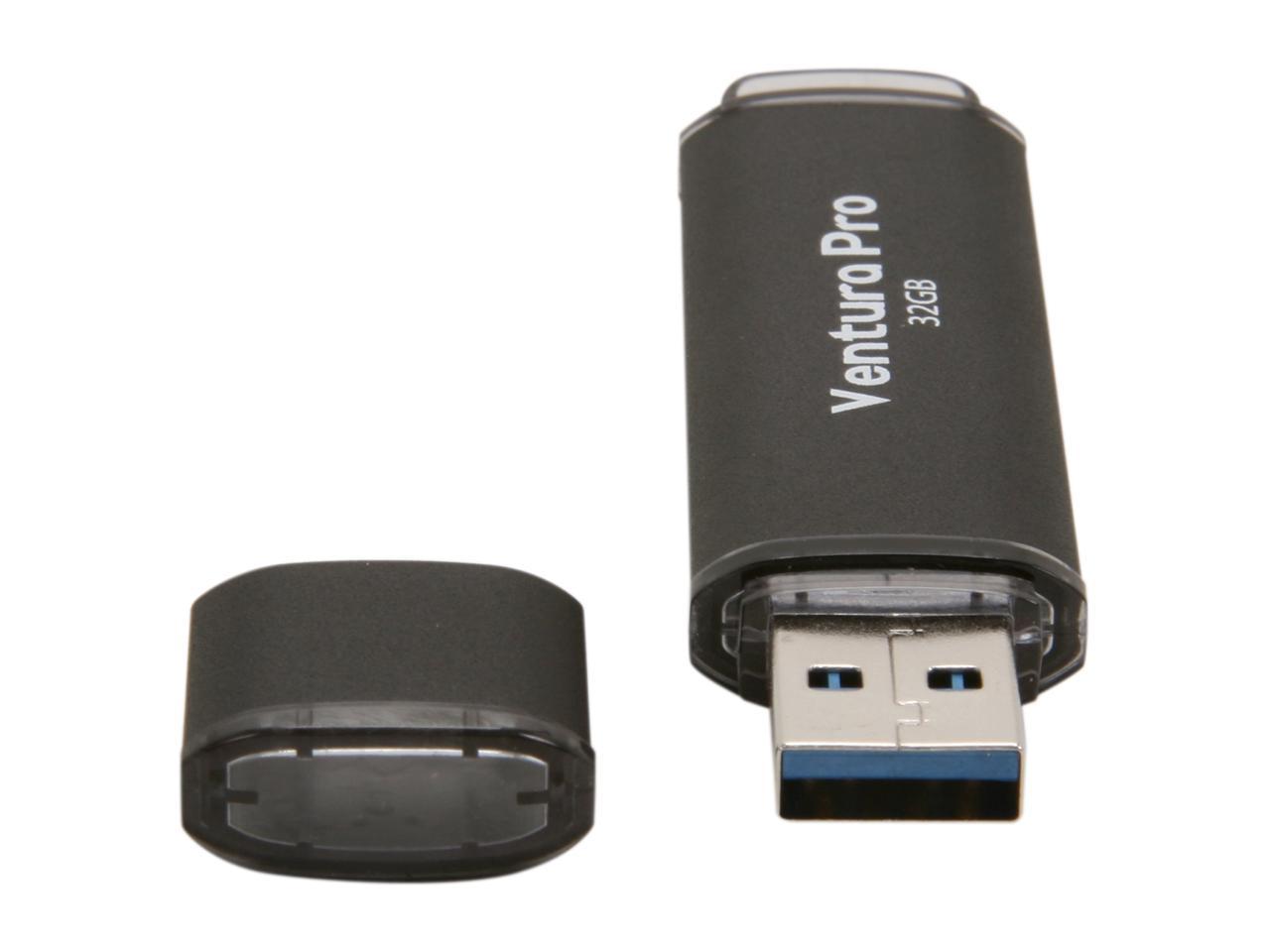 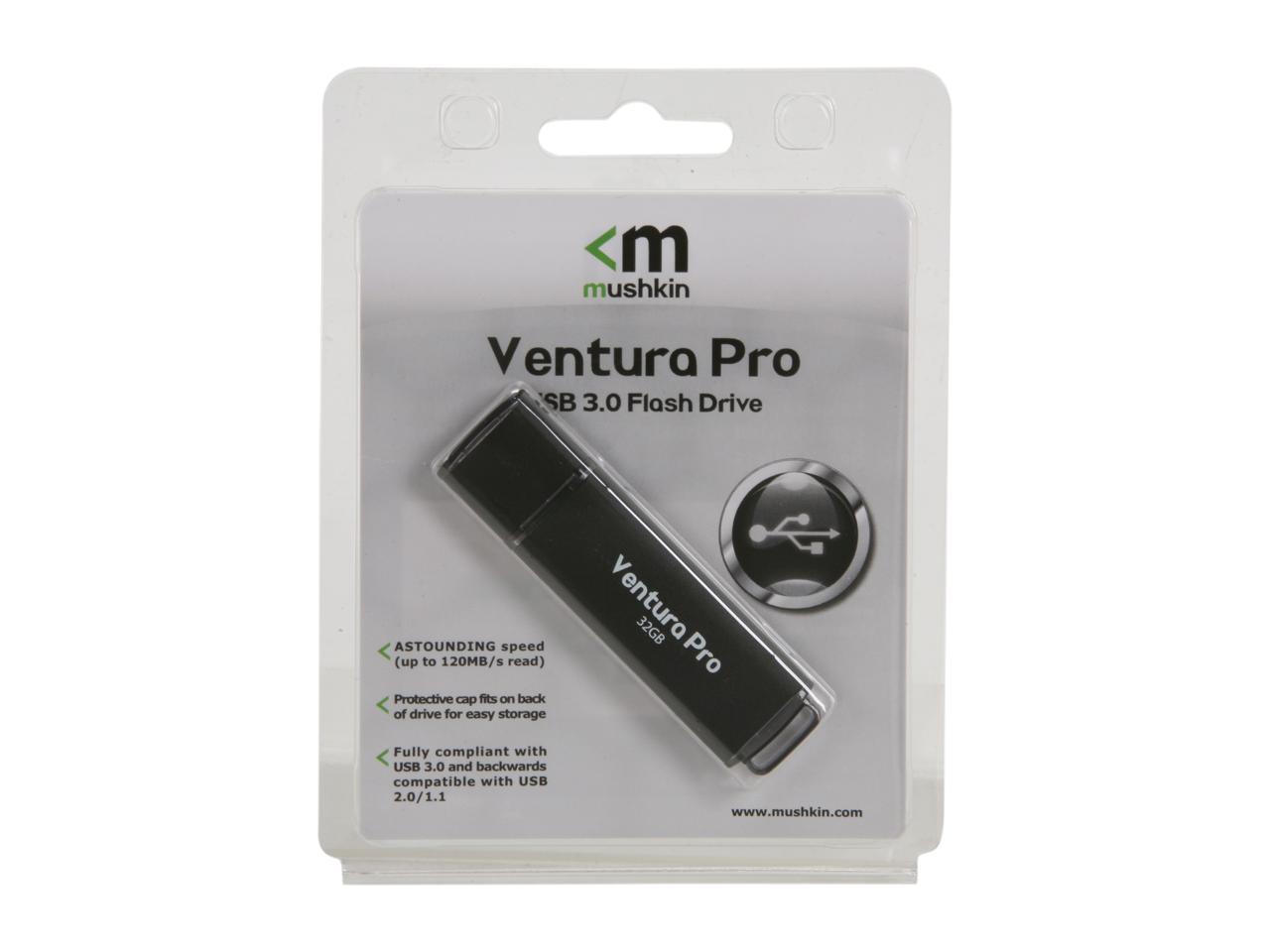 (167) Write a Review
OUT OF STOCK.
Fees for brokerage and duty included in price.
Overview
Specs
Reviews
Introducing Ventura Pro, the professional's choice for fast, reliable USB 3.0 USB data storage. With 4 channel architecture and only the finest NAND, Ventura Pro is a pro for a reason.

Pros: great balance of performance vs price. write performance has not dropped below 50Mb/s and i'm above 75% capacity. aluminum case helps to dissipate the heat created by the high thru-put. in my opinion Mushkin consistently offers great value in all there products, there engineering/design teams set the bar high and are a standard not many other companies can match.

Cons: not a con for me because i think dust caps are not needed but on one of my drives the dust cap fit loosely.

1 out of 1 people found this review helpful. Did you?
Volodymyr Y.
Ownership: 1 month to 1 year

Cons: This item is offered with free 2 to 3 days shipping. Newegg downgraded shipping to free 4 to 7 days shipping. Did not obtain my consent, did not notify, did not force slower shipping on Checkout. Next thing I know, I am going to travel without flash drive! Filed complain with BBB.

Pros: Boasts a lot of spiffy features, and unlike most garbage in the consumer electronics and computer electronics industry, this thing DELIVERS. The construction is a durable aluminum case, which also acts as a natural heatsink, and helps keep the electronics from burning out. I have had many cheap Kingston devices die from that. The cover snaps on and keeps dust out. There's an activity LED in the back, for those who care about such things.

Cons: A little pricey but worth every penny, if you value your time and your data. Can't go deep sea diving, light fires, or use it as a hammer like the Corsair brands, but then again, this actually lets you use all of your USB ports without the interference of those unwieldy beasts.

Overall Review: I do NOT give out 5 stars easily. If you see any of my other reviews, I am often HARSH. I am very difficult to please, and very demanding of quality and excellence when I purchase something. This drive would get 6 or 7 or 10 stars if they had as much. Some people consider the cap design or lack of convenient lanyard spot because it won't let you snap cap on with a lanyard, and then moe rons lose it. Such people, unfortunately, are allowed to breed and drive cars. I ignore such foolish things that are easily remedied any of numerous ways, and I detest the nerds who feel the need to wear lanyards in the first place. Wear jewelry or religious artifacts around your neck. Carry your USB devices in your pocket. If you want something waterproof, put it inside a waterproof container inside your pocket.

Cons: None, considering the price! :)

Overall Review: Would love to have tested it on an Intel USB 3.0 port from a Z77 chipset...but could not do that. I have a Gigabyte Z68 motherboard that uses the Renesas chip. Maybe it might have increased the speed a little? Eh, someone will do the research soon enough on this topic.

Pros: Very fast USB 2.0 and super fast on USB 3.0. This is the fastest and best performing USB drive I have ever owned. Solid build quality.

Cons: Great design and size, it just needs a status LED... come on Mushkin add the LED on future model!!!

Overall Review: Will be buying another in the near future. Performance for the price is awesome. Build quality is good. Not sure how people are breaking these. Mine is solid.

Pros: size (fits in adjacent ports with stuff plugged into them) speed (fairly fast, there were some faster ones) reliabiliy (I had a mulholland for years and never lost a single file on that thing, in fact it's still going and I have probably transfered 4GB/day for 2 years) aluminum construction means it can be stepped on if your pants are on the floor. It pretty much maxes out usb 2.0

Overall Review: I partitioned it with 2 partitions. the first one is 1gb fat32 marked as partition 2 bootable (i loaded a bunch of bootable diagnostic cd's on it using xboot). then I made the second partition ntfs and marked it as partition 1 (windows only shows partition 1 on a removable drive). I don't want to see the bootable one anyway and now I can copy >4GB files to the drive and boot to 7 bootable utility cd's with it.

Pros: A big improvement over all my USB 2.0 drives. Cuts backup time considerably and 64GB is a luxury (but expensive). The cap fits tightly and the keyring loop is roomy. ATTO disk benchmark tops out on my drive at about 53MBs write and 111MBs read, with the drive about 2/3 full.

Cons: Somewhat higher priced than similar drives, the keying loop is plastic and may not hold up to constant rattling around on the ring in my pocket.

Overall Review: I also have a Mushkin 16GB USB 2.0 drive that failed in an odd way after a year or so of satisfactory use. The Mushkin customer service rep was quick to respond to my email, asked intelligent questions, sent me a quick RMA and promptly exchanged my drive by return mail. My good customer service experience gave me the confidence to pay a somewhat higher price over other lesser known companies. Good customer service really does matter!

Pros: I've had this Flash Drive for over 6 months, and am very happy with the performance. The USB 3.0 makes transfers extremely convenient.

Cons: None really. I've noticed that the drive can become very warm when transferring multi gigabyte files at USB 3.0 speeds - will this impact the lifespan? Hard to say.

Overall Review: A high speed drive with 64 GB capacity is a pretty attractive target - get a large bright label with your name on it so that no one pockets it and claims they thought it was theirs!